Every year, the city of Yulin in southeast China commemorates the summer solstice with a highly controversial festival, revolving around the slaughter and consumption of 10,000 dogs. 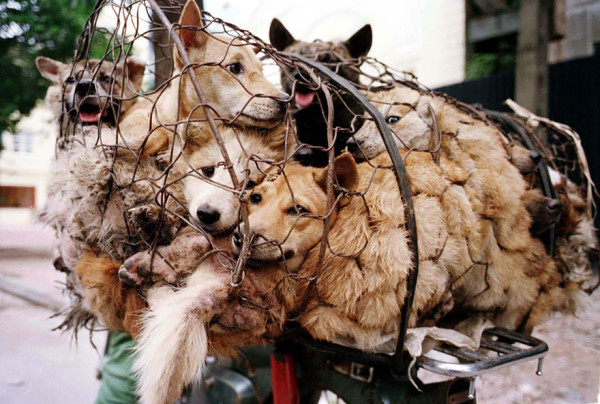 This year, the opposition came to a head on social media with the #Stopyulin2015 campaign. 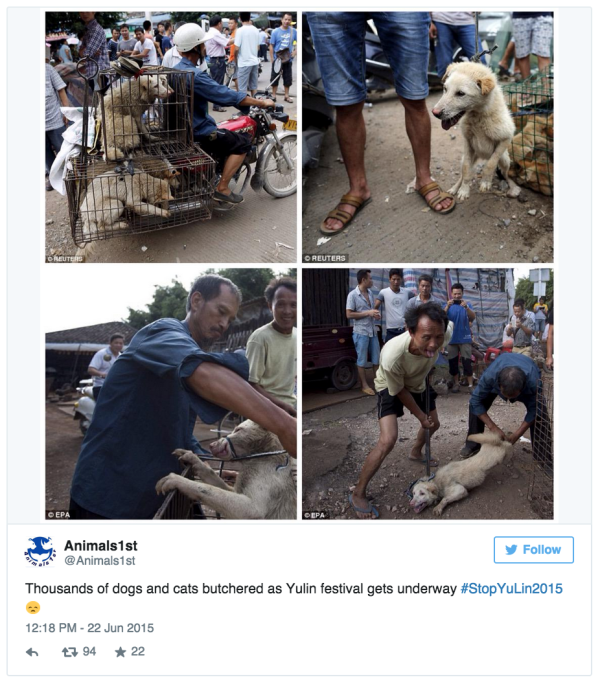 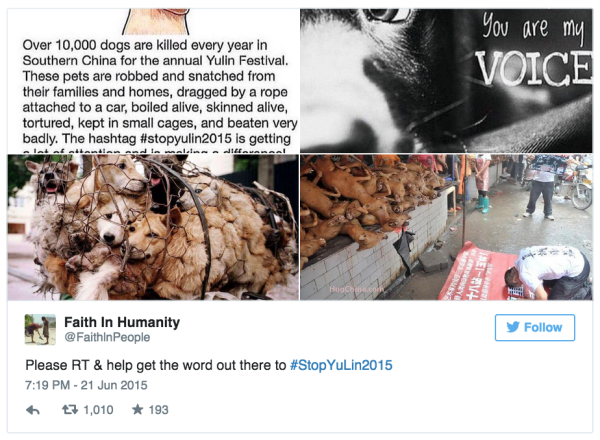 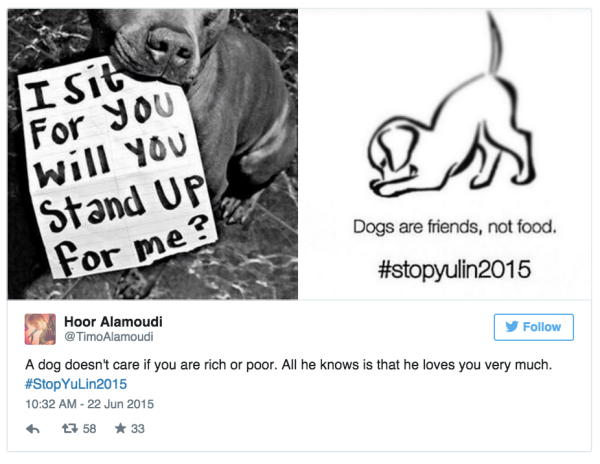 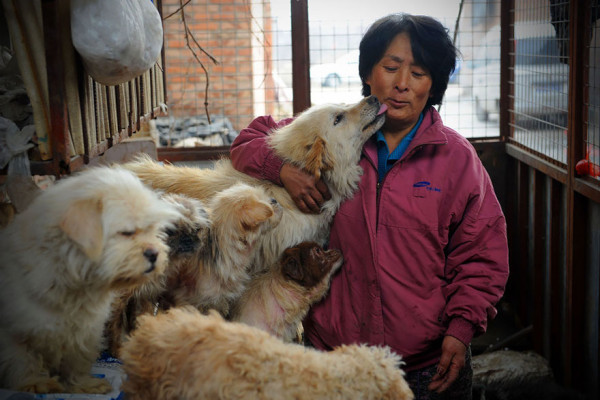 According to Fight Animal Cruelty Laws In China, Yang is a 63-year-old retired school teacher who witnessed a family attempt to drown an unwanted kitten in the 90’s. After rescuing the cat, Yang was inspired to found “Common Home,” an animal shelter for homeless and abused pets.

Yang runs ‘Common Home’ out of a dilapidated building in the Dongli District of Tianjin, where today she has rescued over 1,500 animals. 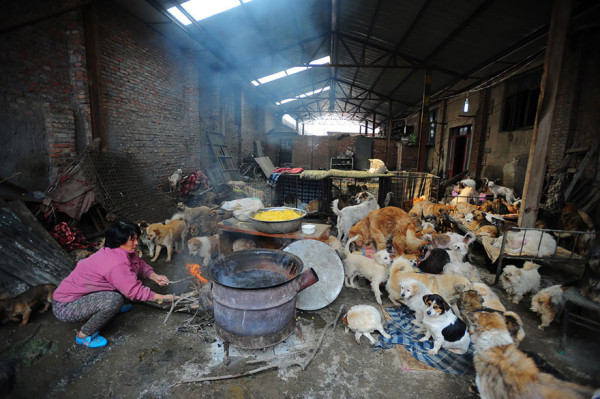 Yang personally oversees the care of more than 200 cats and 1000 dogs that live in ‘Common Home’, including administering meds to the disabled and sick animals (which outnumber the healthy). 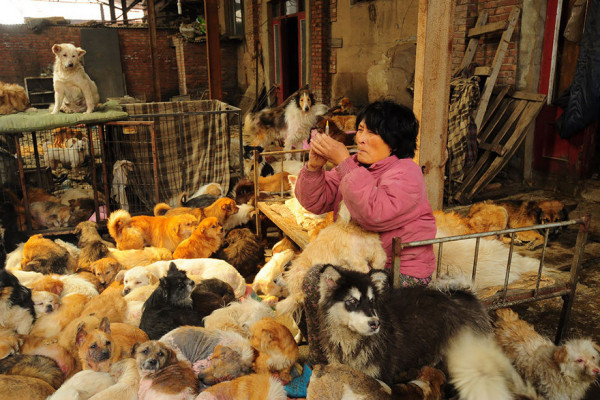 And she makes scores of steamed corn buns, which take 8 hours a day and are all she can afford to feed them. 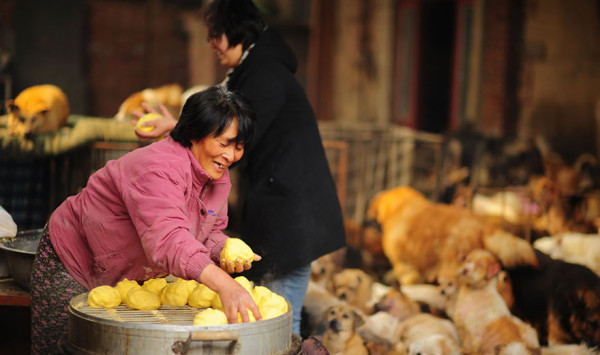 Though occasionally, volunteers will provide extra treats and care for the animals (welcome aide for both the pets, and Yang). 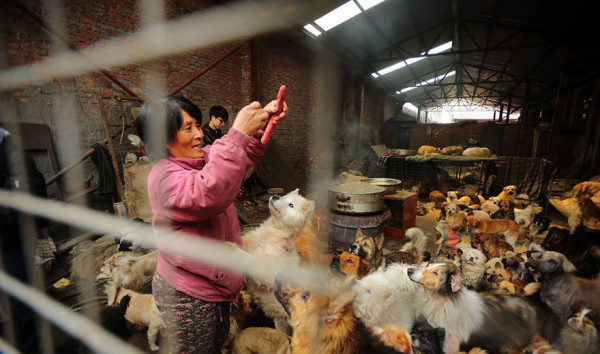 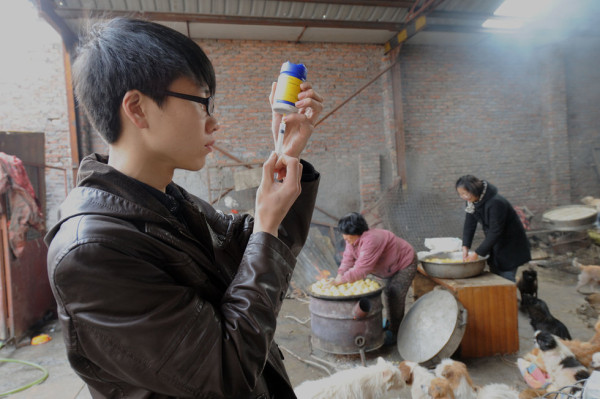 But in spite of her regular commitments, Yang still set out for Yulin this year. 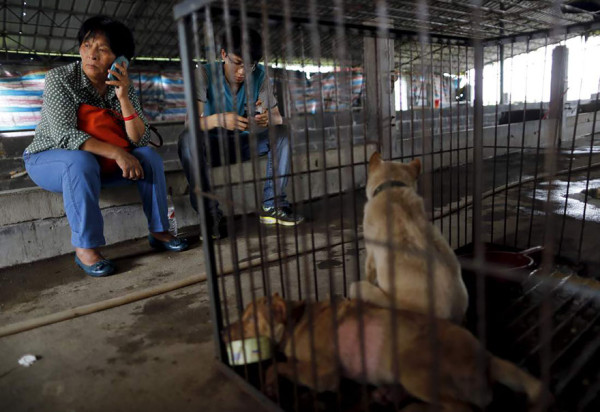 And while those dogs will live to see another day, the story does not yet have a happy ending.

Sadly, Common Home is in peril. 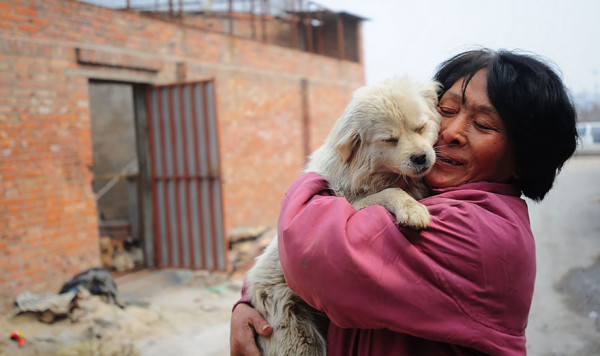 The building itself is set for demolition, and the expenses for maintaining the shelter (wherever it goes next) far exceed Yang’s resources.

If you’d like to find out how to get involved or help Ms. Yang, Fight Animal Cruelty Laws in China have published the following pieces of information:

Tagged
Activism China
What did you think of this story?
Meh
Good
Awesome