ALTHOUGH most of us are aware of the vastness of the former British Empire, of the numerous French colonies in Africa, and of the work of the Spanish conquistadores in South America, it is often hard to visualize how enormous European colonialism has been over the centuries.

The following map created by Vox will give you a clear image of the extent of European colonialism; whether it is influence, partial control, or colonization, only four countries were spared. 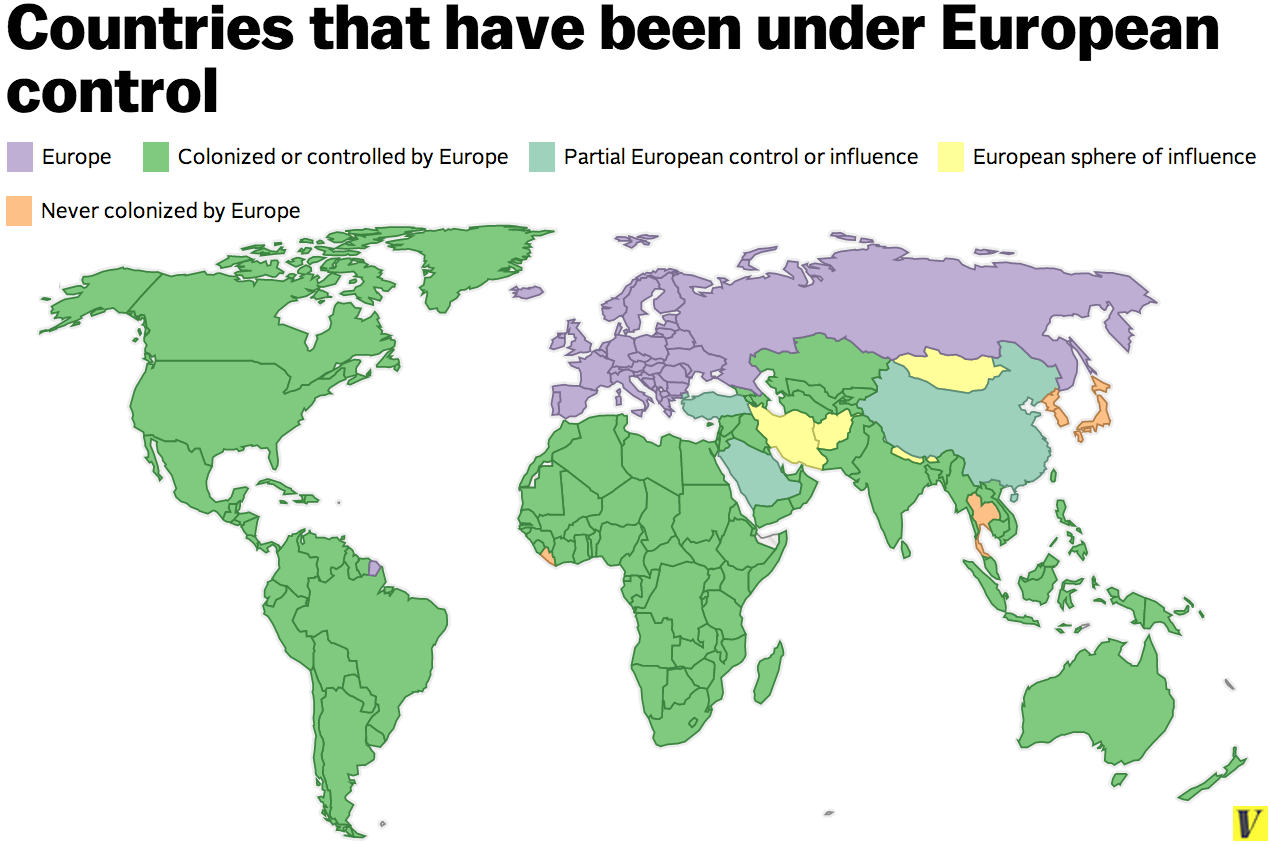 The colour codes may seem confusing, but it only is a matter of terminology. Some countries are labeled as only “influenced”, but the truth of the matter is that all, or part of all, the blue and yellow countries, have been under the heel of Europe. Only the countries coloured in orange are the ones who espaced European colonialism.

Liberia is the fourth nation that espaced European domination, but only because the United States of America supported the Republic of Liberia founded by African American freed slaves.

It is also important to note that, despite French Guyana appearing on this map as part of Europe, the country was colonized and remains an “overseas region of France”.

Algeria was finally independent in 1962 after a long war with the French, and Hong Kong became Chinese again only in 1997; colonization is not so distant a memory after all.

Tagged
Activism Europe Japan Liberia Thailand
What did you think of this story?
Meh
Good
Awesome

What It Takes To Be a Photographer