In 1999, New York City residents felt the sting of a ban against beekeeping within the city. Now, some people are fighting back.

ATLANTA, CHICAGO, Portland, Seattle, and Vancouver are just some of the major cities that allow beekeeping. But in New York City, bees are prohibited along with crocodiles, lions, and pit vipers. In comparison to venomous snakes and giant cats, bees seem hardly a threat.

This month, New York City Council member David Yassky introduced a bill to remove the ban. The health department initially gave the green light, but the action requires a second vote in March after a public comment period.

Why do we need more bees?

People generally don’t like bees because they’re ugly and they carry a mean sting. I’m always reminded of that scene from Honey I Shrunk the Kids when the kids get stuck to that giant hairy bee because of the sticky pollen.

But beekeeping is incredibly environmentally friendly and a sustainable practice. Their honey is delicious, and buying local goods means cutting back on food’s travel time and consequently environmental impact. You will also have some backyard pollinators handy, and their honey is chock full of vitamins and antioxidants. 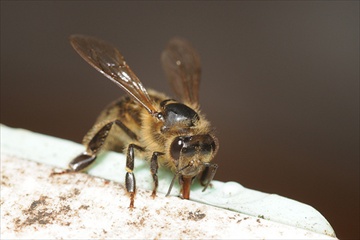 But their most significant role is pollination: bees pollinate fruits, vegetables, trees and more. However, bee colonies are collapsing for some unknown reason, and experts are worried that food resources will become depleted. Lifting a ban like the one in NYC gives people the opportunity to help fight the problem hands-on.

So you want to be a beekeeper?

If the beekeeping ban is entirely removed, it doesn’t mean everyone should pick up the job. Sami Grover discusses some steps to prepare for being a beekeeper:

1. Read everything you can get your hands on, including Beekeeping for Dummies.

2. Check out a local beekeeping course…yes, they exist.

3. Get involved with some hives to become more comfortable around the bees. If you’re afraid of bees, they’ll sense it.

4. Check with your neighbors: the last thing you want are the angry folks next door calling you “Loony-Beekeeping-Betty.”

That’s just the beginning, the learning process is long but potentially saving the planet is worth it, don’t you think?

Do you want to see New York City lift the beekeeping ban? Sign this online petition.

Volunteering on national public lands is easy and very gratifying. Here’s how to do it.
For solo female travelers, camping alone can be unexpectedly freeing
The Hunt for Beyondland: The Great American Family Road Trip
Flights to nowhere are growing, and they’re an insult to the planet
6 of the most remote wineries in the world

Volunteering on national public lands is easy and very gratifying. Here’s how to do it.

Airbus says it will make hydrogen-powered, zero-emissions airplanes by 2035