No one told me before I moved to the U.S. for college that time as a student does not “count” if you want to stay for good. Even though I spent a decade and a half in the U.S., I couldn’t get permanent legal status. So I got out of line, and left.

I was 18 when I arrived from New Zealand, where I am a citizen. I spent the next four years in the U.S. on an F-1 student visa. After that I interned for a while in New York City on the one-year Optional Practical Training (OPT) status that follows an F-1 visa and allows new graduates to work. I left briefly to take a job abroad before quickly deciding that the job was not for me. So I came back to the U.S. for law school. 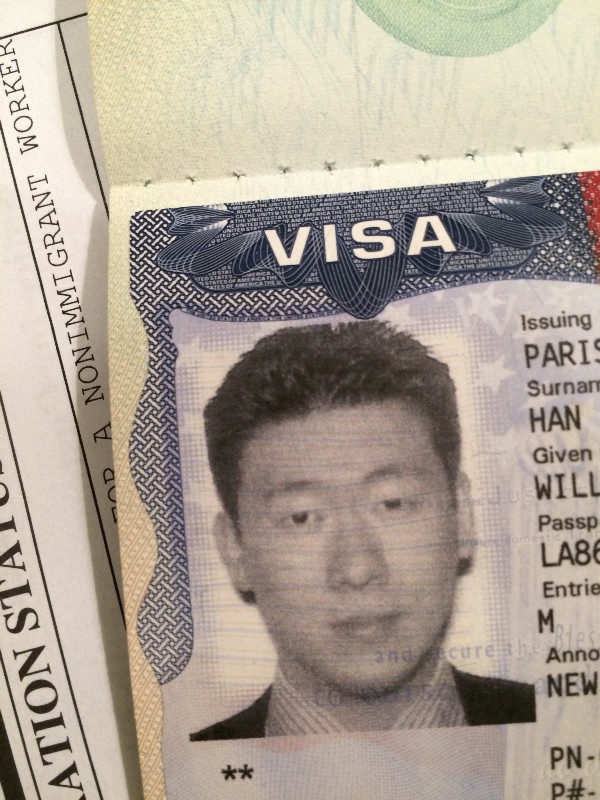 Three more years on another F-1 followed, and after that, another year on an OPT. Later, my friends would be shocked to learn that I had been in America going on a decade and half and I was still nowhere near getting a green card.

One reason for this was that an F-1 visa is a non-immigrant visa (as is the OPT), meaning that as far as the federal government is concerned, you have no intention of staying in America in the long run. So a foreign student cannot apply for a green card on the basis of an F-1 or OPT. I didn’t worry about this when I first arrived; at the time, I was only concerned about getting an education.

After the second OPT, I shifted to an H-1B work visa. This is what’s called a “dual intent” visa, meaning that you may try to stay, or you may go. It’s kind of a “let’s see how things turn out” status. With an H-1B, your employer can sponsor you for a green card. But there are many catches along the way.

First, the visa itself requires sponsorship, and you always have to have a job that’s sponsoring your visa, or you’re out the door. Second, an H-1B visa is only valid for three years, and it is only renewable once, so the clock is ticking for you to convince your boss to sponsor the green card in addition to the visa.

But many employers are reluctant to do so because under federal regulations, the employer must bear the cost of the green card application. This cost includes filing and attorney fees, which can run up to thousands of dollars. If your employer sponsors you, it may take several years for the green card to be approved, during which time you must keep working at your job no matter what happens. As soon as the green card is approved, however, you’re free to quit, a fact that makes employers uneasy to engage in sponsorship in the first place.

I worked for several years for major law firms that could easily have sponsored me if they wished. But the firms were reluctant. I think this is in part because of how major law firms operate: they generally don’t expect their associates to stay for more than a few years. The business model of these firms means only a small fraction of associates can eventually be promoted to partners, so all the other associates must quit or be pushed out within a limited time frame. An employer actively anticipating your departure is not likely to want to sponsor your green card. I tried convincing my bosses, but my powers of persuasion were found wanting.

The final coup de grace for me happened when I decided to take a new job, this time with a non-profit, that promised to sponsor my green card. This option quickly soured, but only after I’d already quit the previous position, leaving me without visa sponsorship and only three weeks to pack my bags and go.

So I got pushed out of line. As a law-abiding non-citizen, I left, as required. I didn’t go home right away, instead undertaking a long trip from China to Europe via Afghanistan and Iran. But was I ever in this “line”? Hard to say. Was I in this “line” as a student? Was I in this “line” while on an H-1B visa? All I know is that I tried to stay, I followed the law, and it didn’t work out for me.

But just because I followed the rules doesn’t mean I can’t empathize with those who don’t. I initially wrote about my immigration predicament in June and I received some responses that as a “legal” immigrant, I must be upset at the undocumented ones for “cutting in line.”

To explain how I feel about this, I’ll recount a Russian fable I read in Dostoyevsky’s The Brothers Karamazov. There once was a wicked woman who died and went to hell. Her guardian angel went to God and said that she had done one good deed in her life: she once gave an onion to a beggar. God told the angel to take the onion and to hold it out for the woman to grab onto from hell so that the angel could pull her out. But if the onion should break, then the woman had to stay where she was. The angel did this. He had just pulled the woman out when the other sinners began catching hold of her so as to be pulled out with her. She began kicking them. “I’m to be pulled out, not you,” she said. “It’s my onion, not yours.” As soon as she said that, the onion broke, and the woman fell back into hell. In other words, it’s immoral to ask for salvation for yourself and deny it to others who wish the same.

I’ve had it easier than many immigrants, particularly undocumented ones. I’m an educated, white-collar guy; I can move to other countries and have options. A fellow immigrant said to me once that if I’m not willing to do anything, legal or not, to stay in America, then I must have never had my back against the wall. Nevertheless, exile from the country that I have come to know and love has been difficult. By the time I left, I had lived in the U.S. longer than any other country. I now speak English with an American accent, much to the chagrin of my high school friends. And a U.S. law degree is certainly less useful outside of the U.S. In short, I’m still trying to figure it all out.

Tagged
Activism Narrative United States
What did you think of this story?
Meh
Good
Awesome