President Teddy Roosevelt stood on the rim of the Grand Canyon in 1903 and proclaimed: “Leave it as it is. You cannot improve on it. The ages have been at work on it, and man can only mar it.” Known by many as the “Conservation President,” Roosevelt used his authority as president to protect approximately 230 million acres of public land, including establishing five national parks and a national monument protecting the Grand Canyon — which would later become one of our most beloved national parks.

He likely did this for the same reasons many of us are moved to act: He felt the loss of our wild places personally.

This week, we celebrate 100 years of our National Park Service. We continue to face escalating threats to our national parks and public lands, and at times, we have lost, but we’ve also stood our ground and fought to protect what is innately ours as Americans — our wildness, our heritage and that unmistakable sense of adventure that calls us to explore the unparalleled backyard we are so fortunate to have.

Here are a few people telling the story of our national parks in their own way — and reminding us all how much we have that is worth fighting for.

Amy Marquis founded National Park Experience (NPX) because she recognized that even though millions of Americans love and visit our national parks, many multicultural communities and an increasing number of youth remain disconnected and don’t see themselves as part of the national park experience. As we celebrate the National Park Centennial this week, NPX looks beyond. What will the next 100 years of our national parks look like?

Marquis and NPX co-director Dana Romanoff have launched a series of films that feature young and ethnically diverse characters to bridge the gap in the digital age.

“We aim to inspire a new wave of park advocates and an essential transformative movement to get outdoors and protect the places we love,” Romanoff said. “As mothers of young children, we value that our kids can grow up walking barefoot through a grassy field, experiencing a breath-taking vista, and visiting important cultural history sites. We want to help ensure that all Americans have that opportunity now and for our kids’ generation and beyond.”

These are the stories for a new century — and Marquis and Romanoff are the storytellers delivering them. Their recent film, Canyon Song, featuring sisters Tonisha and Tonielle Draper, illustrates the sacredness of a people and a place, the effort to define identities in both modern and traditional worlds, and the movement to honor Navajo culture for generations to come — all while reminding viewers of the critical role national parks play in preserving our country’s greatest stories, cultures, and landscapes. Watch the full film here. 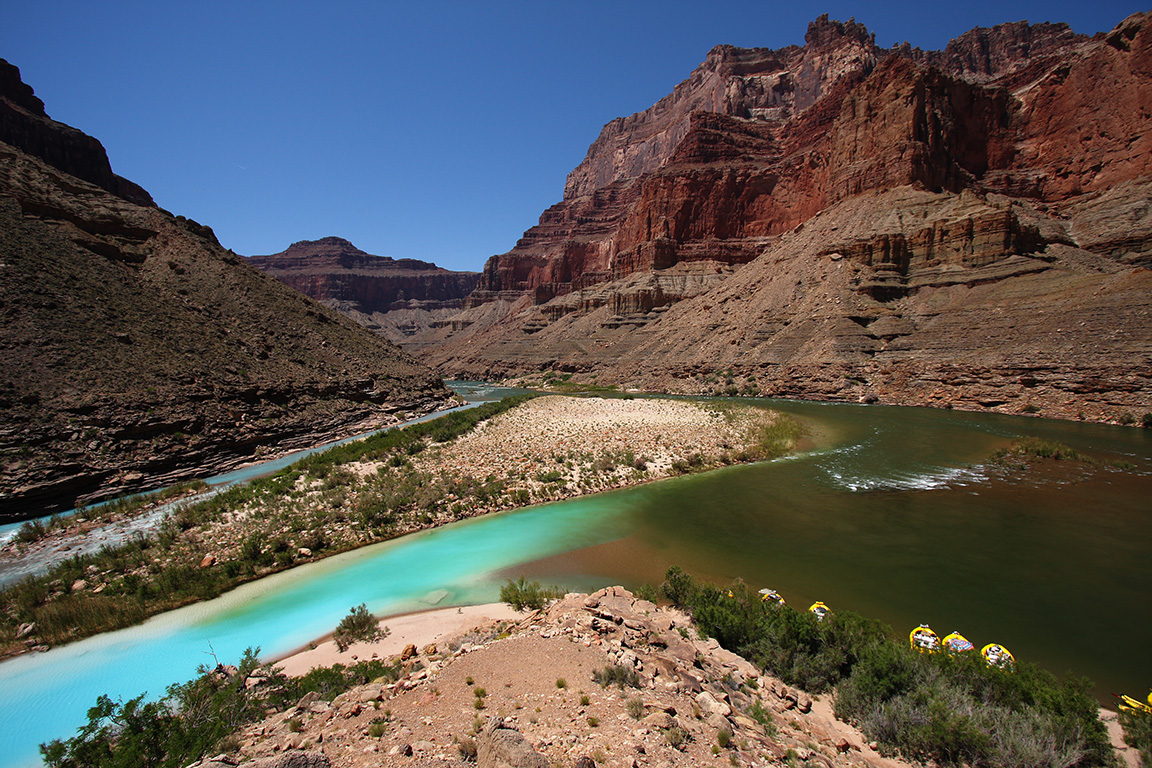 “The Confluence is of utmost importance to me in my self-identity. It is my church. It is my prayer place,” Renae Yellowhorse says, describing the place in the Grand Canyon where the Colorado and the Little Colorado meet. To Yellowhorse, her family, and the Navajo Tribe, the confluence is “a most sacred and holy space for our prayers and offerings.” To the Navajo, the place where the two rivers meet — the Colorado and the Little Colorado — is where life begins. Yellowhorse said it is a clan story that this holy place is the “emergence of the Navajo people to this world. In addition to the Navajo, the Confluence holds profound spiritual significance for many Native Americans whose ancestral lands lie within the canyon.

When the Escalade project was proposed, Yellowhorse and a group of families organized to form a united front. That group is called Save The Confluence. And they are not alone. Conservation groups and nearly every tribe in the region oppose the project. Yellowhorse said that in addition to threatening their sacred land, the developers would upset the balance that exists and would only succeed in dividing communities. She said, “Working together we not only preserve the areas, we keep the balance in the world… The Confluence is not a place for outside people to profit from.”

She continued, “To the Navajo people, not many sacred spaces and holy places remain within the boundaries of the reservation. The sacred mountains are beyond the borders, threatened with ski resorts and uranium mining. But the Confluence remains within our borders and within the control of the people to preserve and protect.” 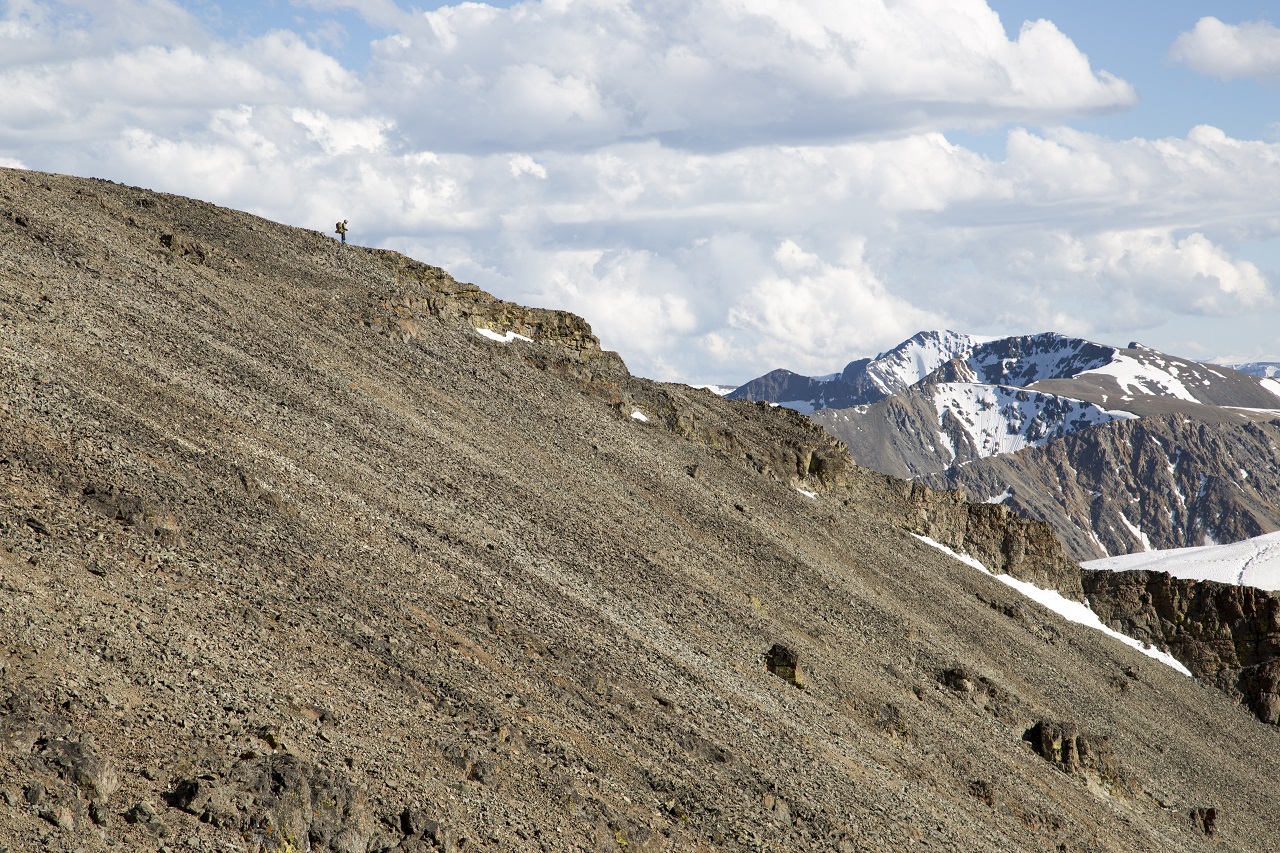 Sitting across the table from me in the thick heat of Washington, D.C. summer several years ago, conservation filmmaker, Jenny Nichols, said, “We have to make conservation cool.”
If anyone can do that, Nichols can. Starting her career in D.C. managing communications for the prestigious International League of Conservation Photographers, Nichols has recently set her sights on the American West, moving to Boulder, Colorado and launching a project to tell the story of the elk migration in the Greater Yellowstone ecosystem. Nichols joined scientist Arthur Middleton, photojournalist Joe Riis and contemporary artist James Prosek — creating a dream team of multidisciplinary artists and thinkers.

Nichols’ film, Elk River, is a tale of a journey to redefine how people think of elk, migrations, Yellowstone National Park and how we conserve landscapes.

“Because Yellowstone is one of the most storied places, it was a challenge to tell a new story. That is where Arthur’s new collaring data, and Joe and James’ unique perspective of the landscape made this project a joy to work on,” Nichols said. “Through these mediums we are striving to tell the story of movement through the Cody elk herd. Animals, in this case elk, need more than the protected boundaries of Yellowstone. Gone are the days when we can draw a square on a map and call it good.”

Native Coloradan Pete McBride has spent almost two decades studying the world with a camera. A self-taught, award-winning photographer, writer and filmmaker, he has traveled on assignment to more than 70 countries. But recently, McBride has turned his focus closer to home: the Colorado River and the Grand Canyon.

With a passion for aviation and a father as a pilot, he has captured this magnificent and threatened landscape in a way no one has before. For McBride, it’s all about perspective and experiencing a landscape, the forces of nature, its wildlife, our human connection — and its threats—in real-time.

His aerial perspective gives us a view into the grandeur of a place like the Grand Canyon, nearly impossible to grasp even standing on the rim. In his recent film, Martin’s Boat, McBride brought us all on a trip down the mighty Colorado River following the maiden voyage of the Marble Canyon as a tribute to legendary conservationist Martin Litton — and a clarion call to action.

And finally, over the past year, McBride and author Kevin Fedarko have been experiencing this landscape by foot, attempting a thru-hike of the Grand Canyon. Pete calls it a “great walk,” but after hearing tales of blizzards, being stalked by mountain lions, bloody run-ins with cactus and temperatures topping 120 degrees, this is much more than a walk in a national park. As McBride and Fedarko head back into the Canyon this fall to finish their epic journey, you can follow along real-time on Instagram. 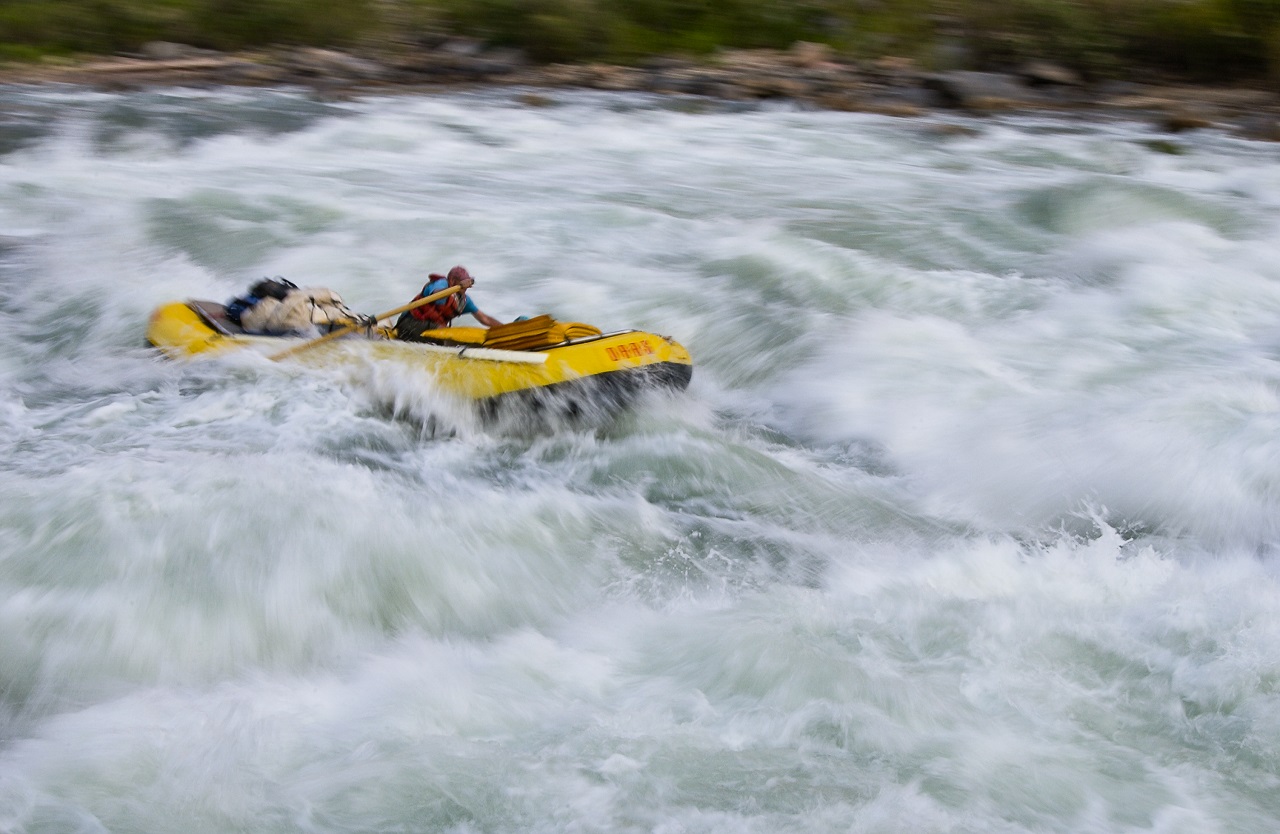 George Wendt’s river journey started in 1962, on a trip down the Colorado River through Glen Canyon. He and a couple of dozen people on all variety of craft, including a Huck Finn-type vessel that he and his friend constructed out of inner tubes and planking. Thanks to a swift current provided by plentiful mountain snowmelt, the crew didn’t really have to work very hard to keep moving downstream. “I remember thinking it felt like a magic carpet ride through a beautiful paradise,” he said.

It was shortly after this transformative experience that the Bureau of Reclamation constructed Glen Canyon Dam, drowning the canyon deep under Lake Powell. With that experience Wendt felt a profound sense of loss and an urgency to protect places like Glen Canyon for future generations. In 1969, he started O.A.R.S., becoming the first exclusively oar-powered rafting outfitter authorized to run trips in the Grand Canyon.

Today, the Grand Canyon faces a triple threat of development, diversion, and mining. Wendt said, “This is inexcusable for a landscape so magnificent.”

For Wendt, it ultimately became his calling to deliver people into the wilderness and build excitement for these wild places. “Because as I’ve grown to understand over the years, we save what we love and we love what we know,” Wendt often said. On July 9, 2016, Wendt passed away leaving behind a legacy to be picked up by the family he created in O.A.R.S.

Steve Markle, O.A.R.S. Vice President of Sales and Marketing, said, “It’s up to all of us to make sure that our kids and grandkids get to know wild places, wild rivers and a sense of adventure — and that starts in our national parks.”

And to come full circle with a little more Roosevelt, “We have fallen heirs to the most glorious heritage a people ever received, and each one must do his part if we wish to show that the nation is worthy of its good fortune.”

So what kind of legacy do you want to leave?

Tagged
United States
What did you think of this story?
Meh
Good
Awesome