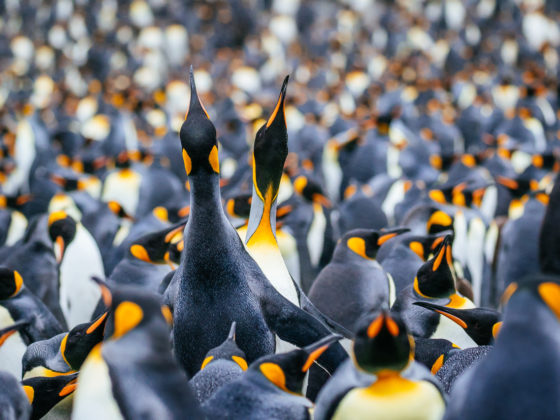 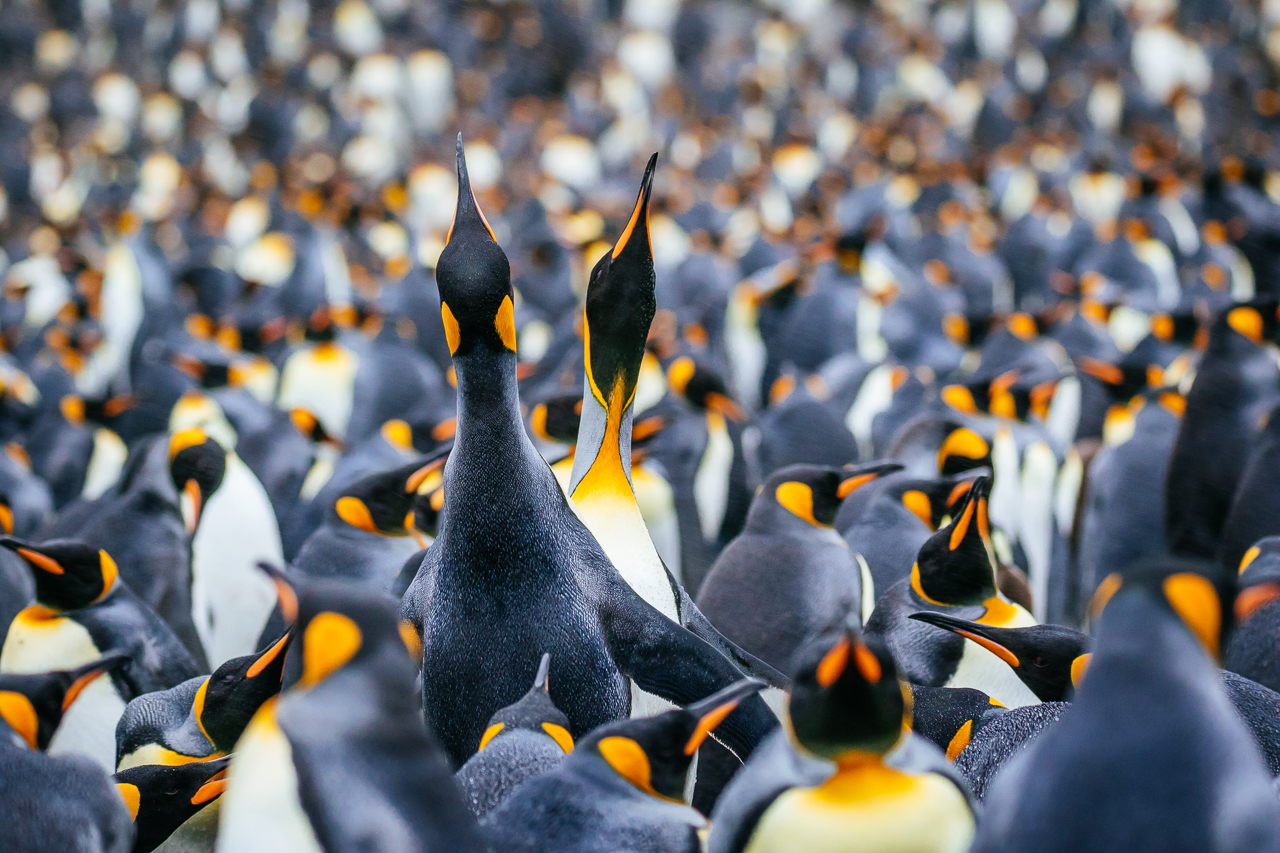 Wildlife at the end of the world

I was told that if a naturalist was given the opportunity to visit any place on Earth, just once, that the choice would be easy — the island of South Georgia.

Text and photographs by Andrew Peacock
Standing on Salisbury Plain, on the island of South Georgia, one is deafened by King Penguins squawking in numbers up to 500,000 strong.

Good weather conditions had allowed us to land Zodiacs full of passengers from our expedition ship and lead them along the beach to the edge of the rookery. 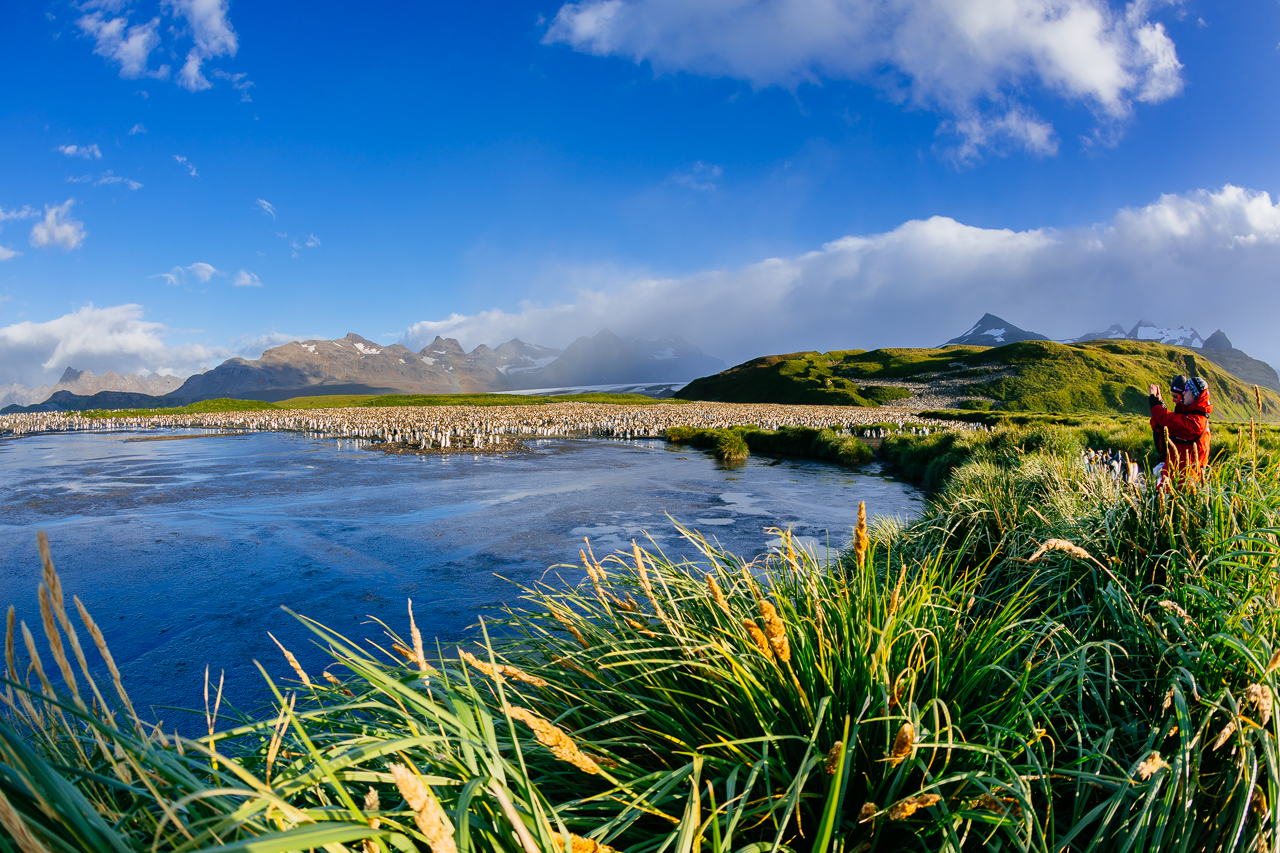 King Penguins follow an unusual breeding cycle taking 14 to 16 months to fledge a single chick which means visitors to a rookery can usually see chicks at all stages of development. The Skua is the only real predator to threaten the chicks. Below you see one of these birds carrying off what appears to be a newly hatched penguin chick, covered in mud. 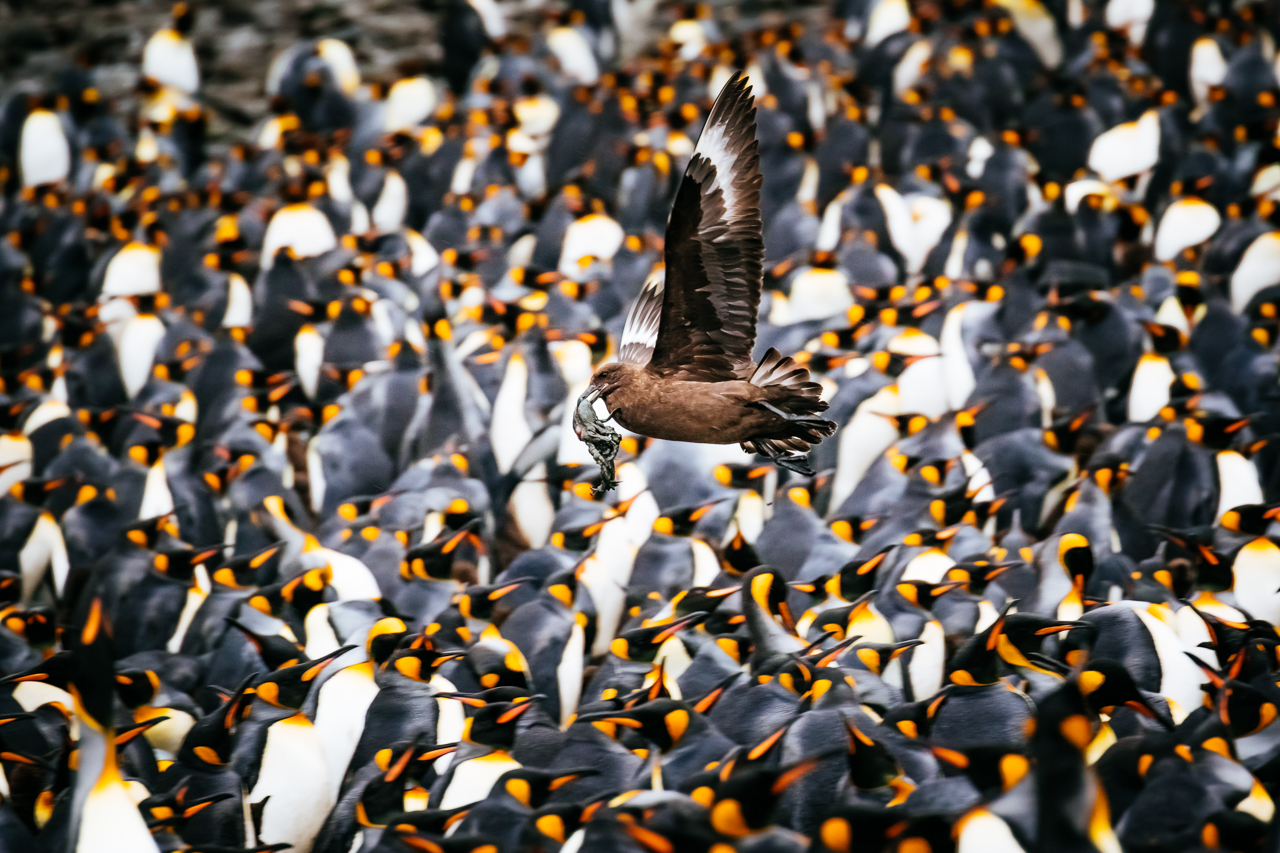 The chicks balance on the feet of a parent, covered by a flap of abdominal skin forming a protective pouch. 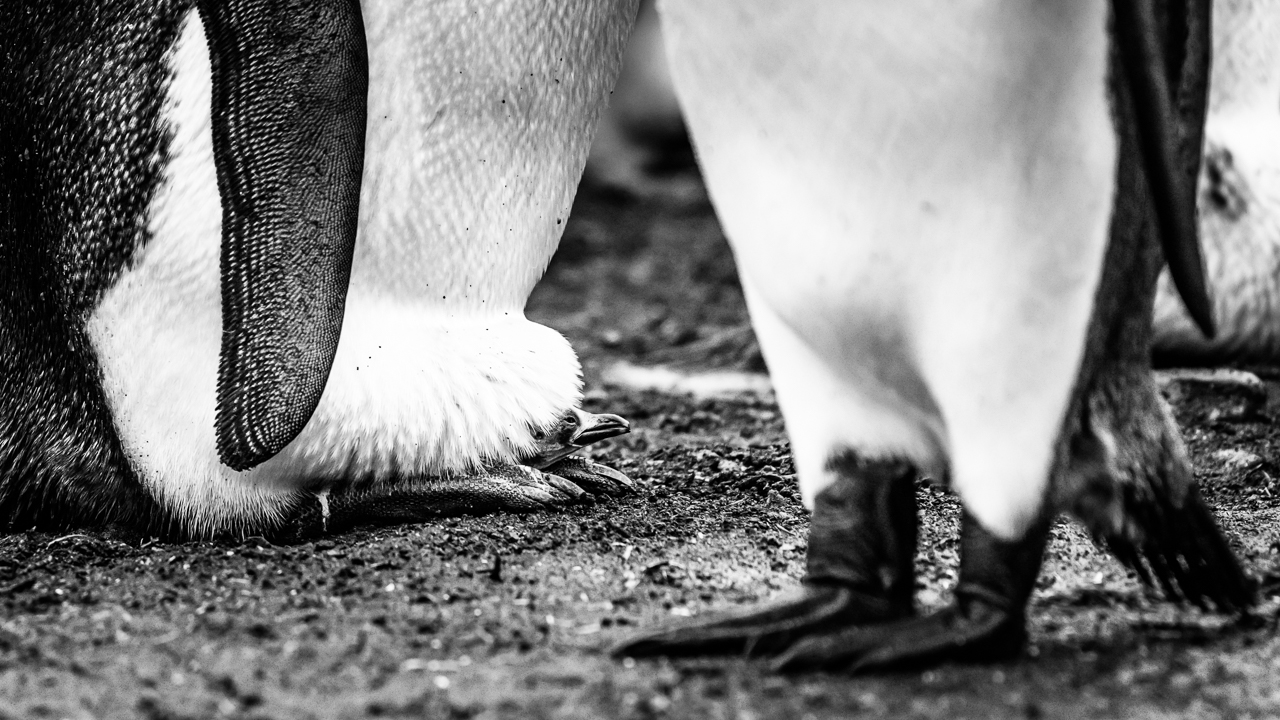 A rather morose looking young penguin makes its way across the mud to find its parent. 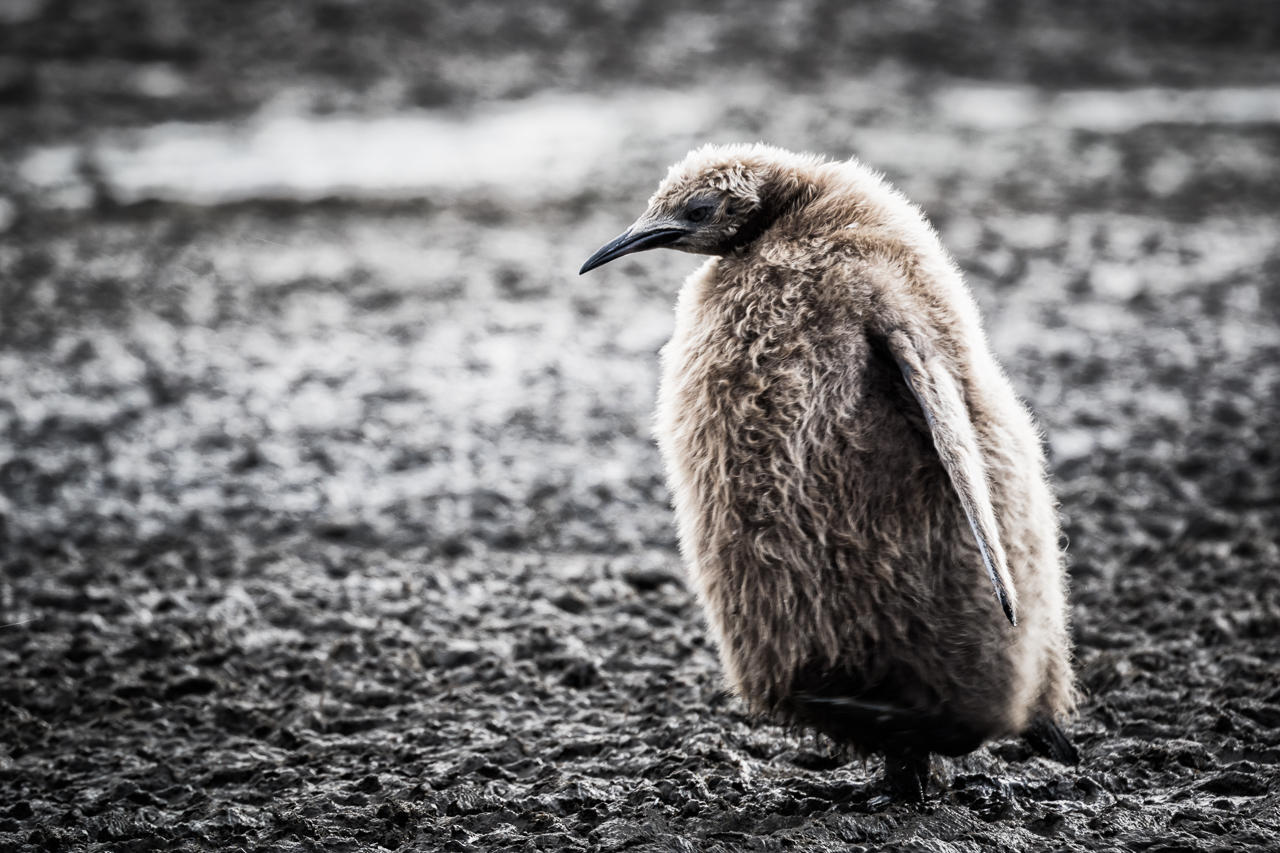 A formidable high range of mountains forms a spine along the length of the island, serving as a significant barrier to those who seek to explore the glaciers and high passes of the interior.

Looking at the landscape panorama below that I photographed from our ship I can’t help but think of the difficulties faced by Sir Ernest Shackleton and his team on their epic crossing of the island at the end of one of the most amazing sea journeys ever documented.

The lure for the lucky visitor to South Georgia is not only its natural beauty and abundant wildlife — historic tales of man’s presence there abound.

Shackleton was buried at Grytviken, the site of an old whaling station. Near the cemetery stands a wooden neo-gothic whalers’ church. Prefabricated in Norway, it was shipped to South Georgia and built there in 1913. Today it is still occasionally used for special events.

In visiting the whalers’ church I reflected upon the adventurous spirit of those men and few women who lived and worked at that time on this beautiful but harsh sub-antarctic island. 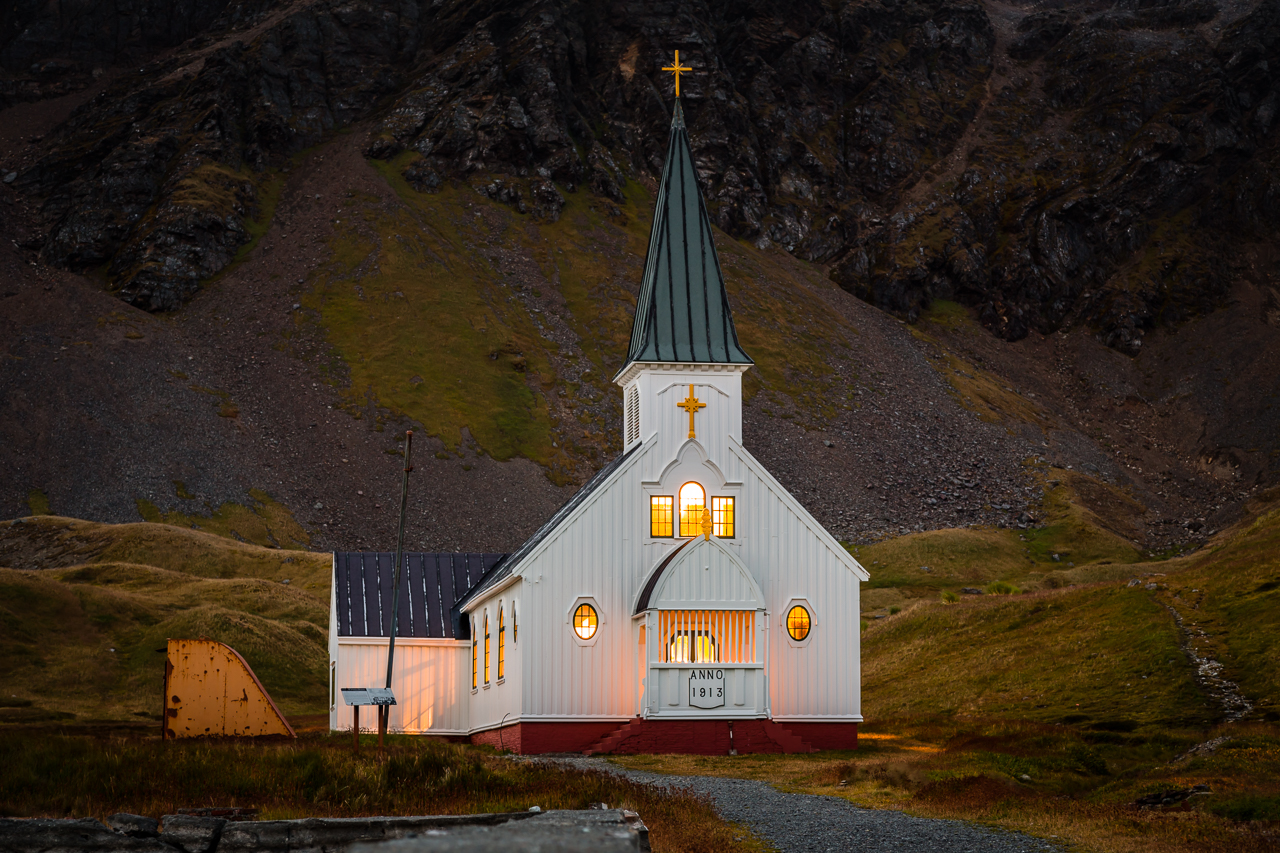 By the harbour the rusting hulks of former ships squat forlornly, no longer a threat to the whales that were killed in their thousands in the waters nearby. 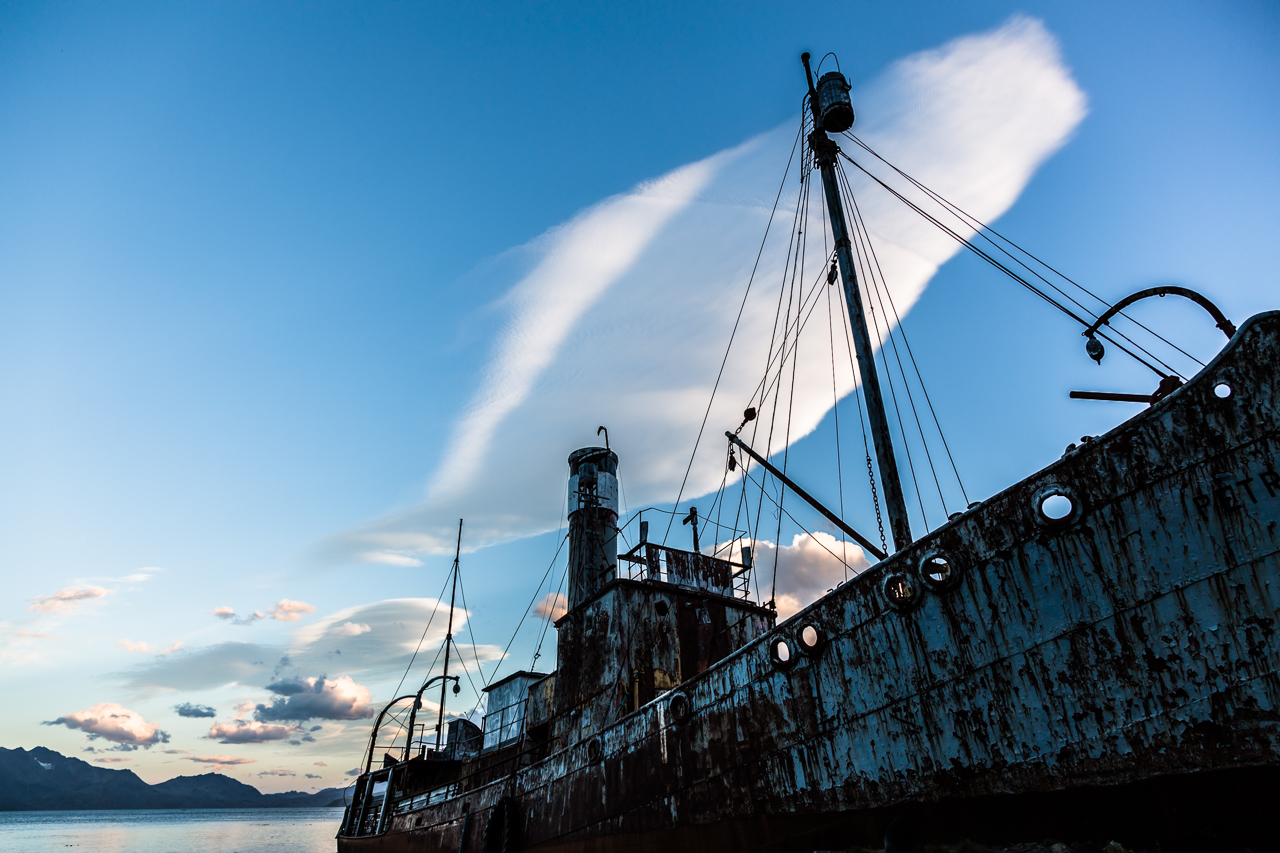 The South Georgia Pipit is the only songbird of the Antarctic region and is endemic to the island. However, it is threatened by the Norwegian Brown Rat, introduced two centuries ago by sailors and whalers.

The rats have devastated the island’s seabirds, invading their nesting sites and eating the young chicks alive. Over time this has caused their populations to drop by more than 90%. In a bid to protect the island’s wildlife, conservationists are currently undertaking a final push to wipe out millions of rats from South Georgia once and for all. 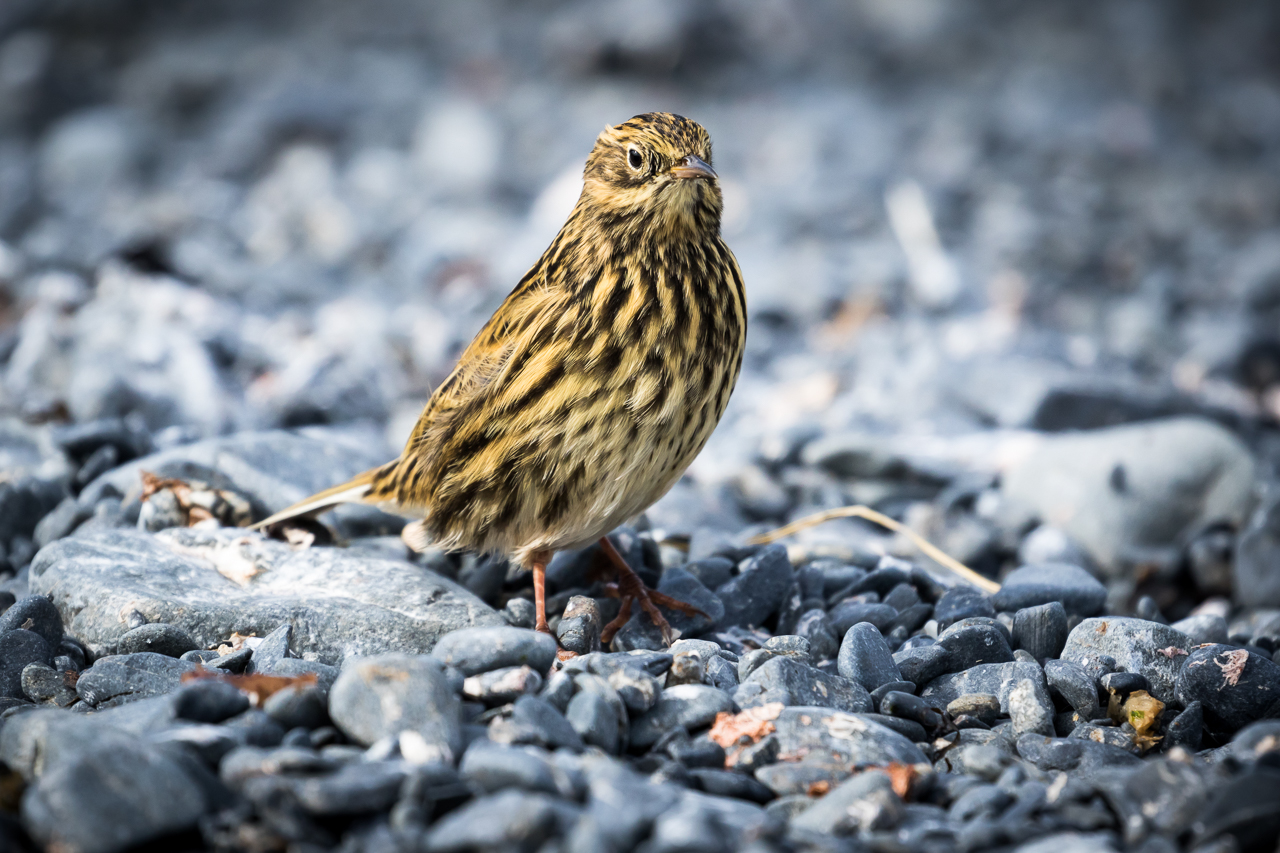 The South Georgia Heritage Trust, a Scottish registered charity, has just completed the third and final phase of its Habitat Restoration Project, during which helicopters dropped 95 tonnes of the poison Brodifacoum as rat bait pellets at strategic locations around the island. With any luck South Georgia may soon be rodent free for the first time in centuries! 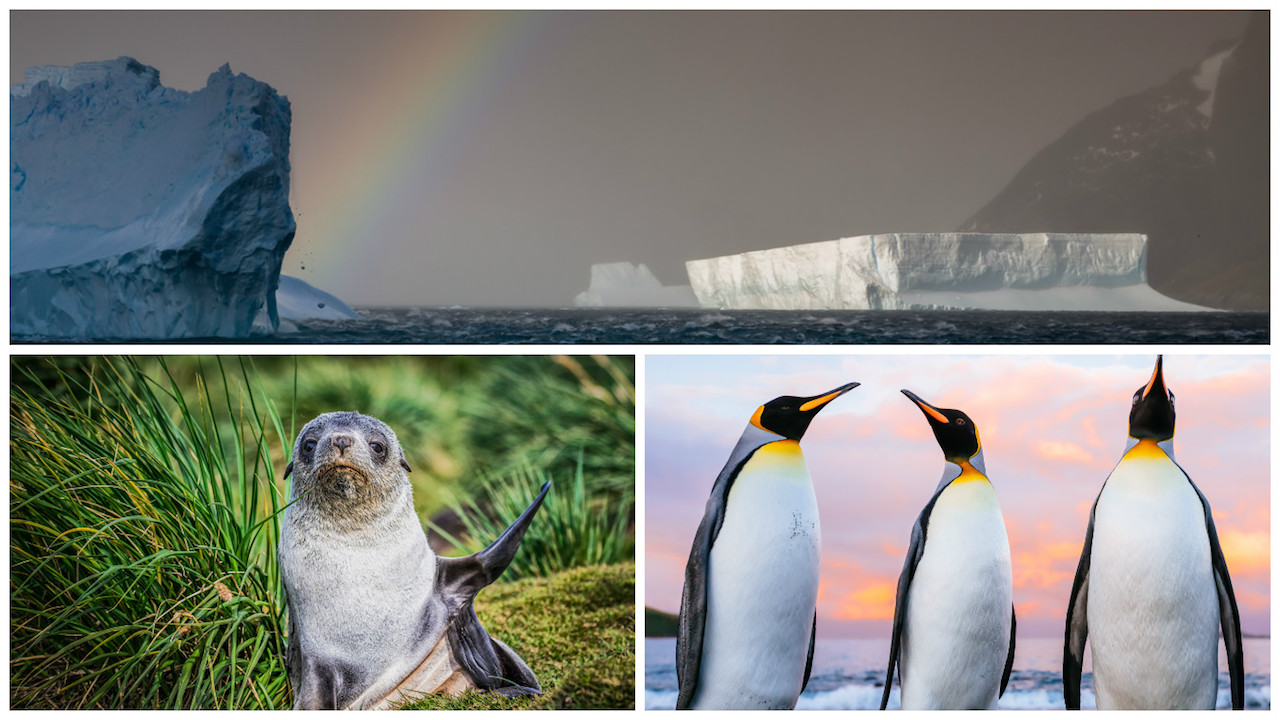 The island of South Georgia is of course just one small area within the greater Antarctic biosphere. Its raw beauty and fascinating wildlife make it an adventure travel destination well worth visiting. 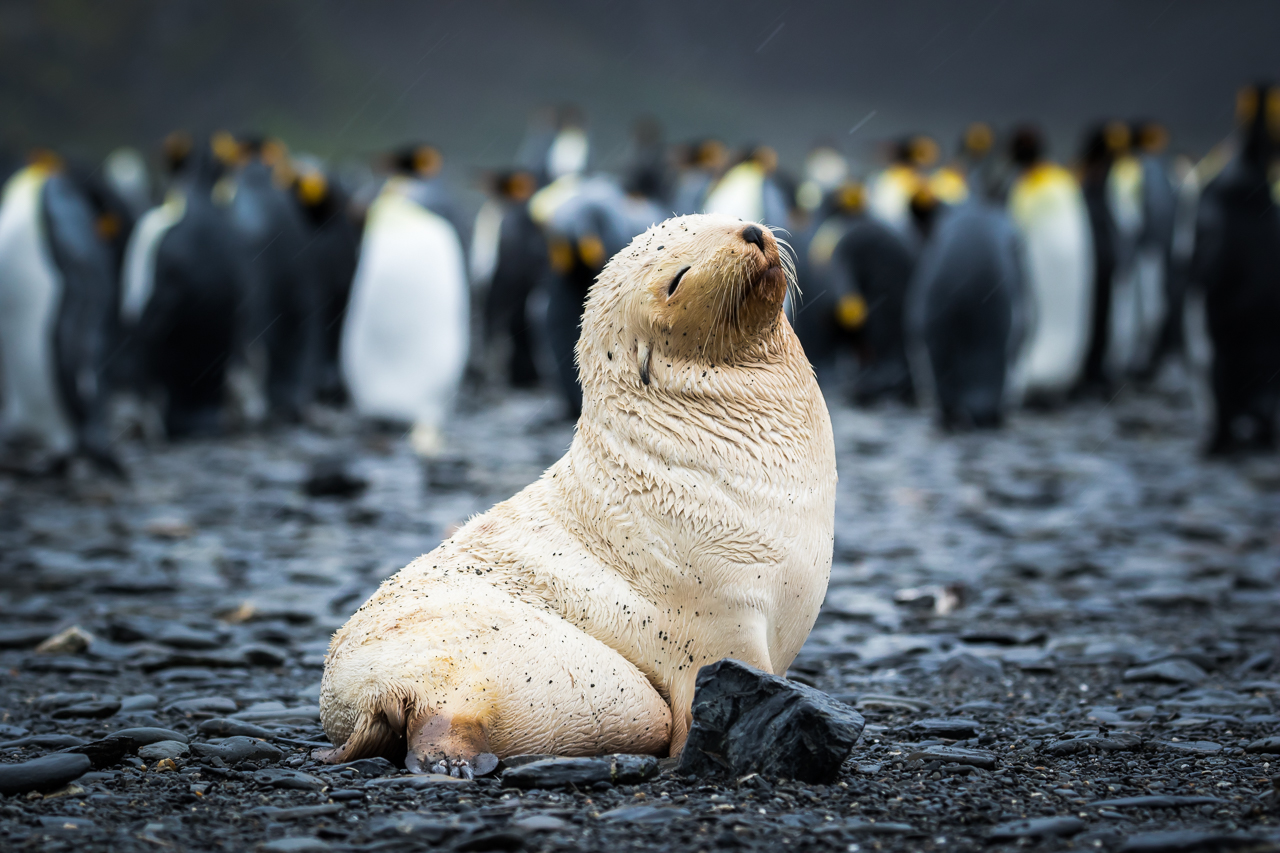 I feel very lucky to have had the privilege to photograph and explore one of the wildest and most remote places on Earth.