One of the best experiences you can have while traveling in Papua New Guinea is witnessing the largest tribal gathering in the world. The event is located in the highlands, in the town of Goroka. Thousands of people from all over the country proudly participate in this opportunity to revive their tribal cultures.

Men and women representing over one hundred different tribes come together and perform extraordinary displays of singsings — traditional songs, dances and ritual performances. Every tribe contributes to the dazzling array of colour and energy that showcases the diversity of the island.

Birds of Paradise are featured heavily in the festival, as their feathers have always played an important role in the Papuan culture. Decorative head gear, ceremonial dress, and traditional skirts all incorporate Bird of Paradise plumage and feathers. Singsing have also been influenced by the birds, reflecting their behaviour in the wild and representing beauty and seduction for the tribes. 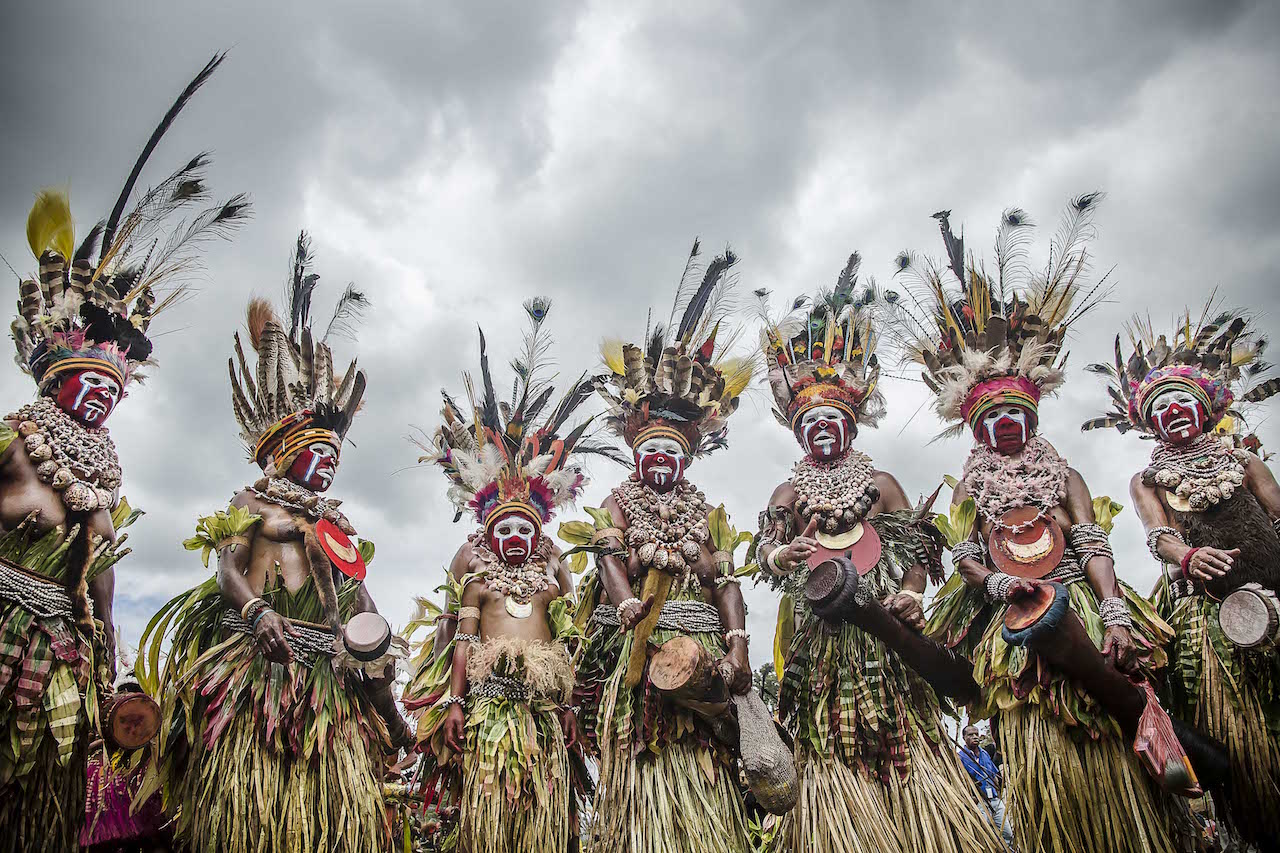 The colourful festival was started in 1957 by Australian patrol officers known as kiaps, who ran competitions to see which district was the best organised and to help people forget their tribal differences. 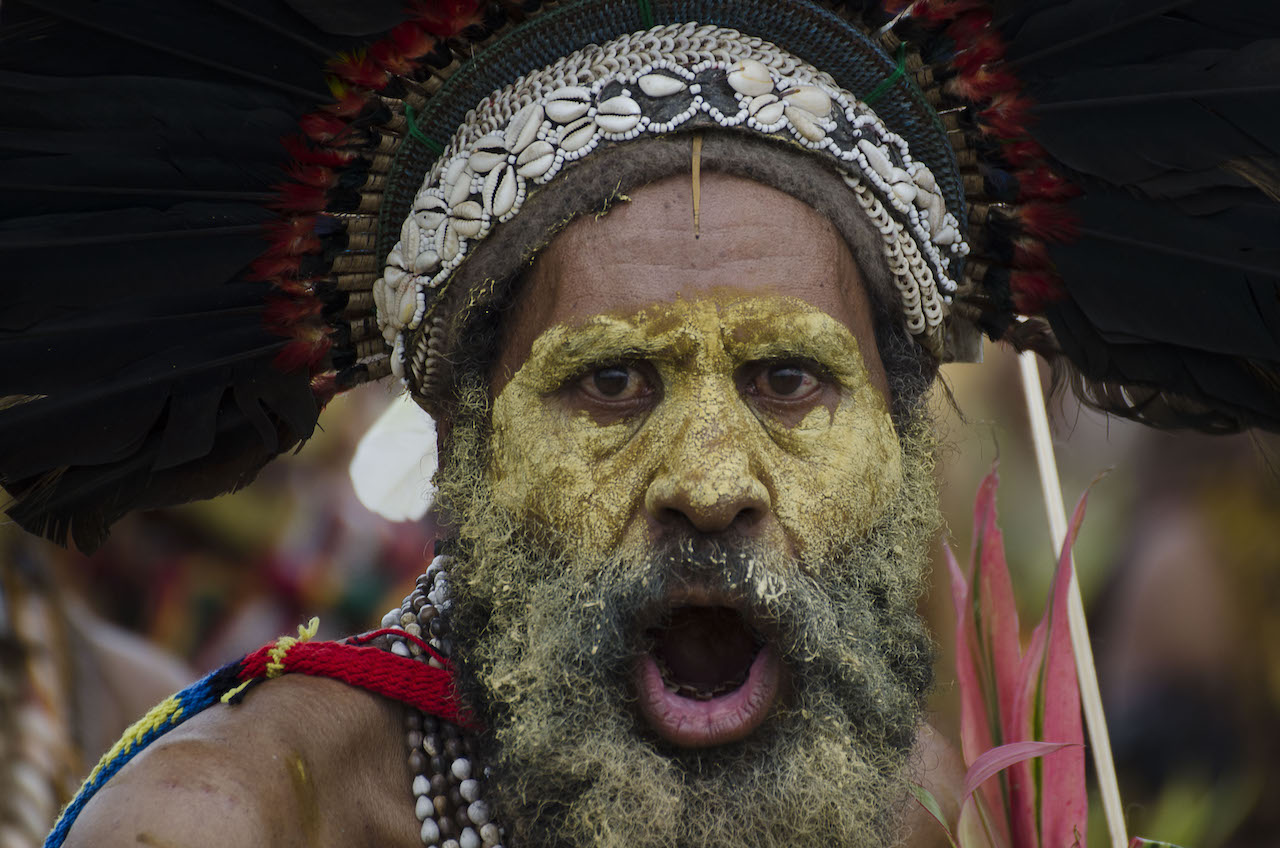 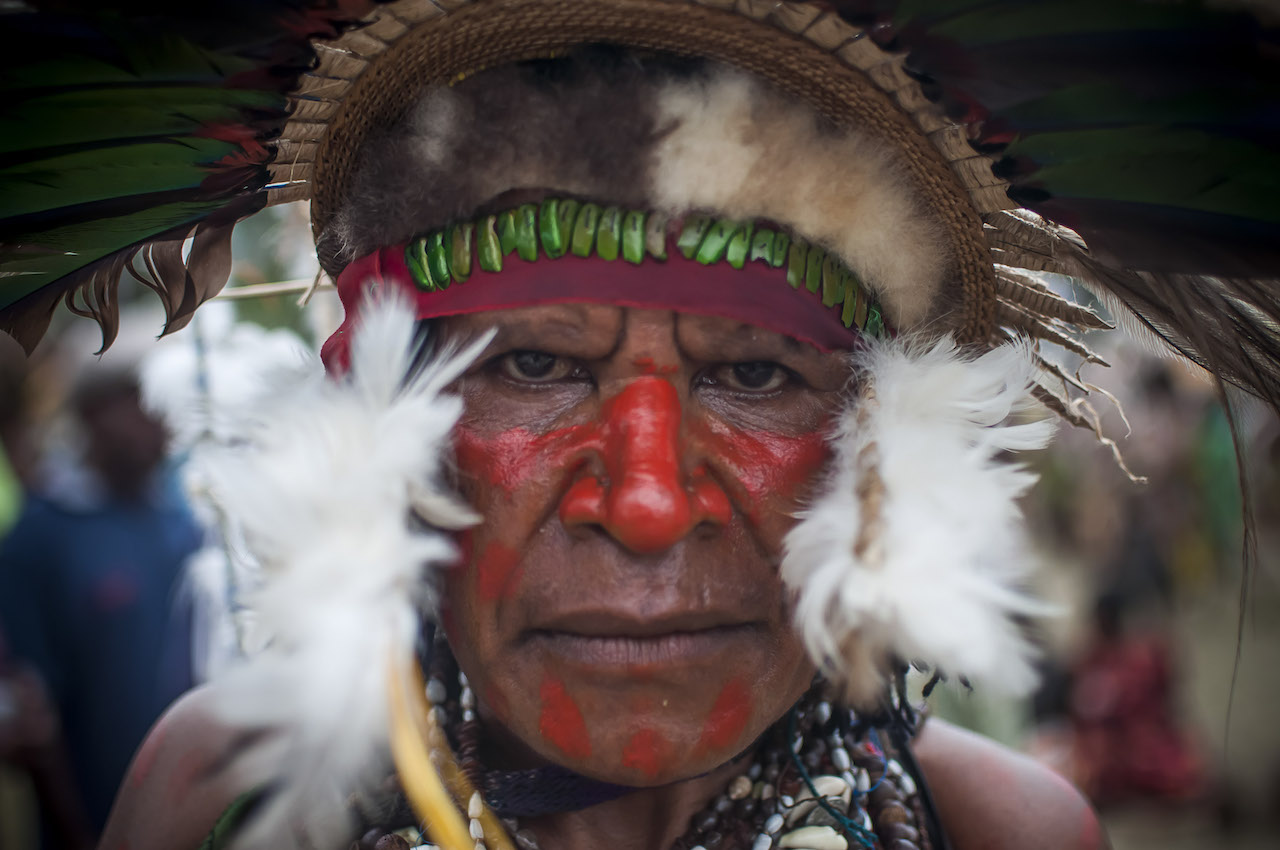 A warrior shows off his prize feathers and jewelry. 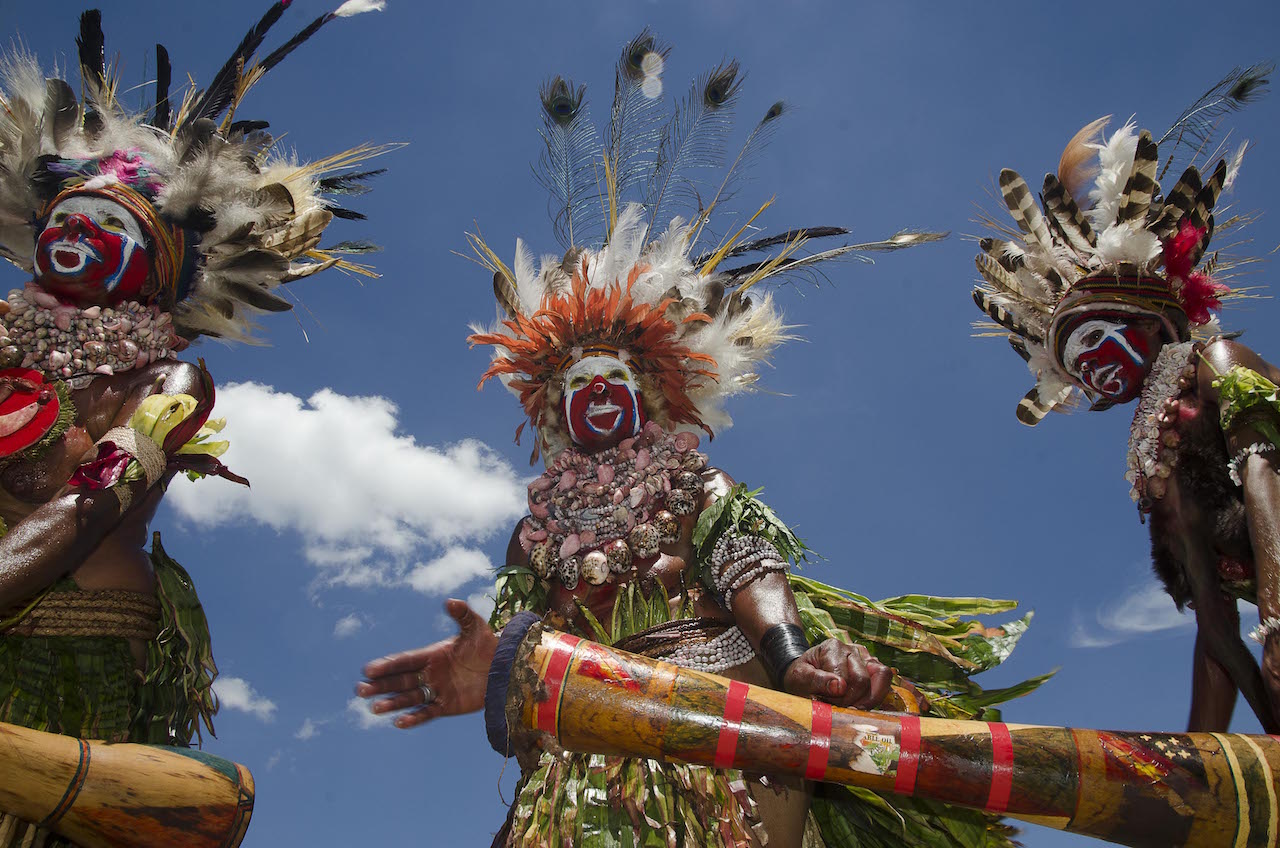 It is the country’s oldest festival, a visual and audible feast of colour and music. 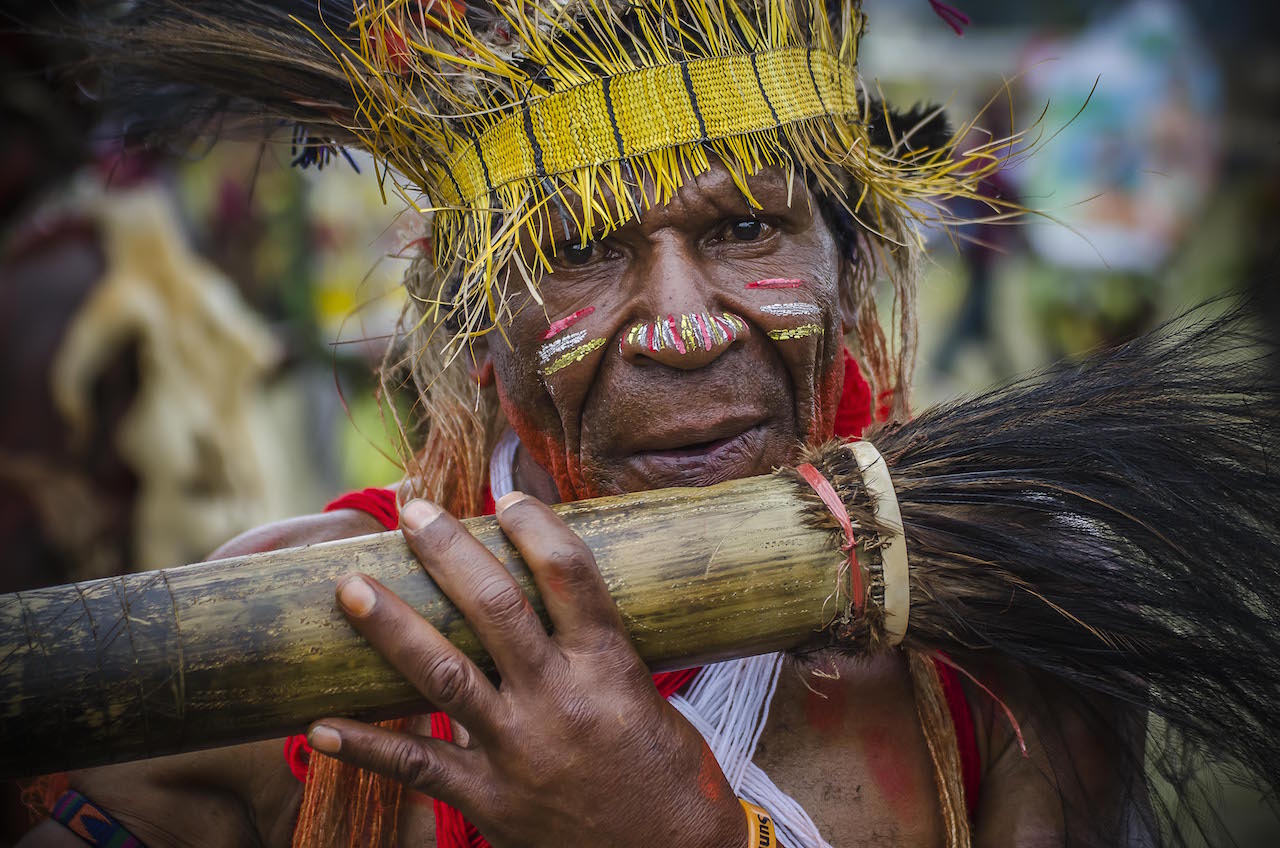 More than 29 languages were represented at the event, with each society offering up its own style of dance and performance. 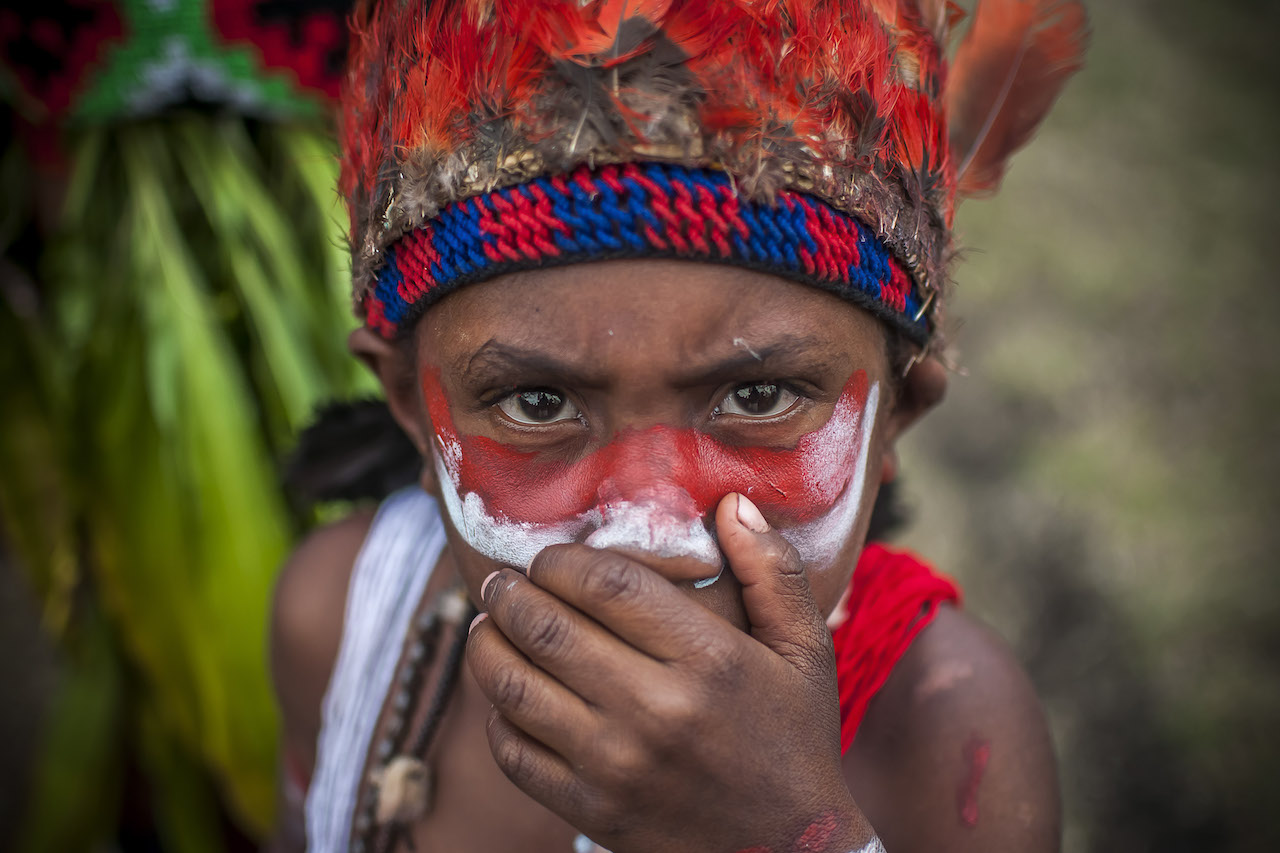 All members of the tribe, regardless of age, participate in the festivities. 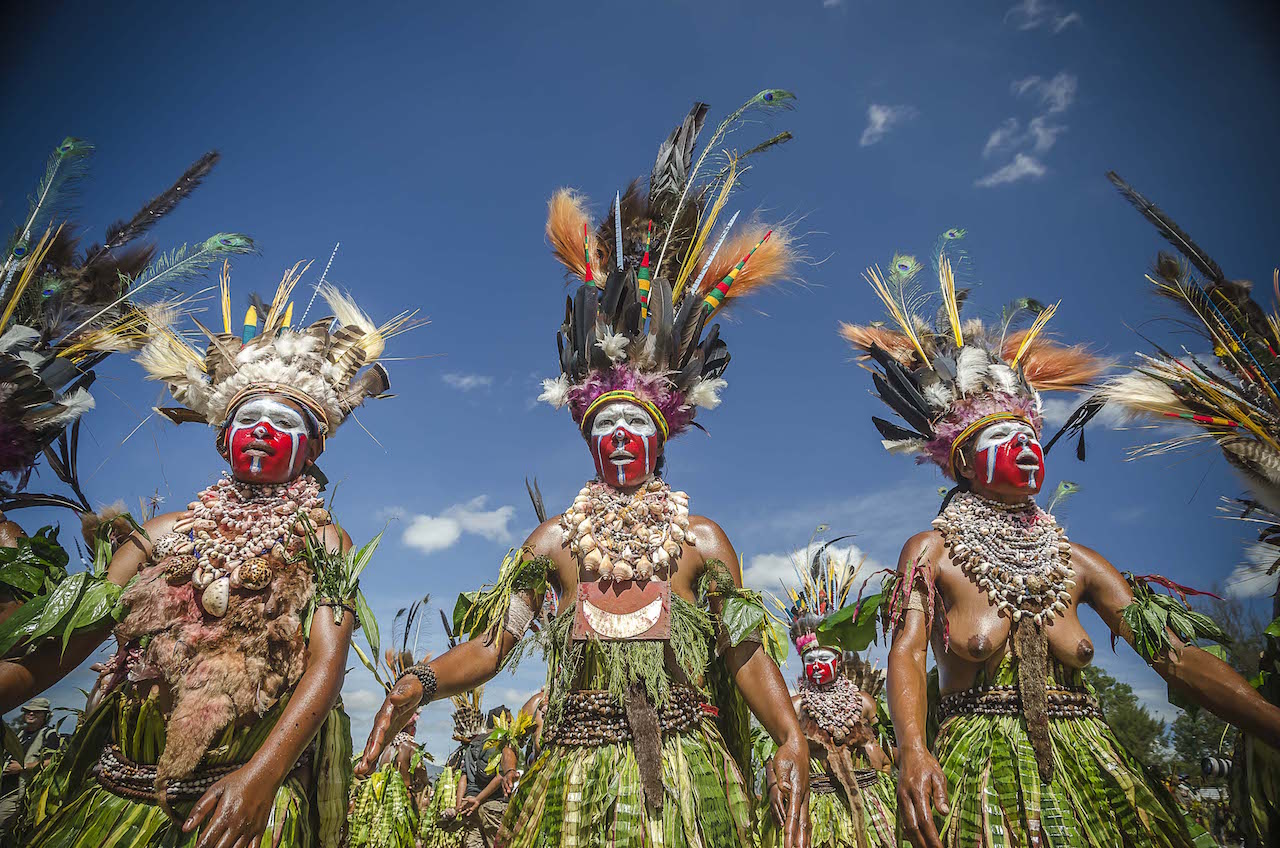 Kina (shells) were used as money until 1933. Even now, some islands still recognize shells as the legal currency. 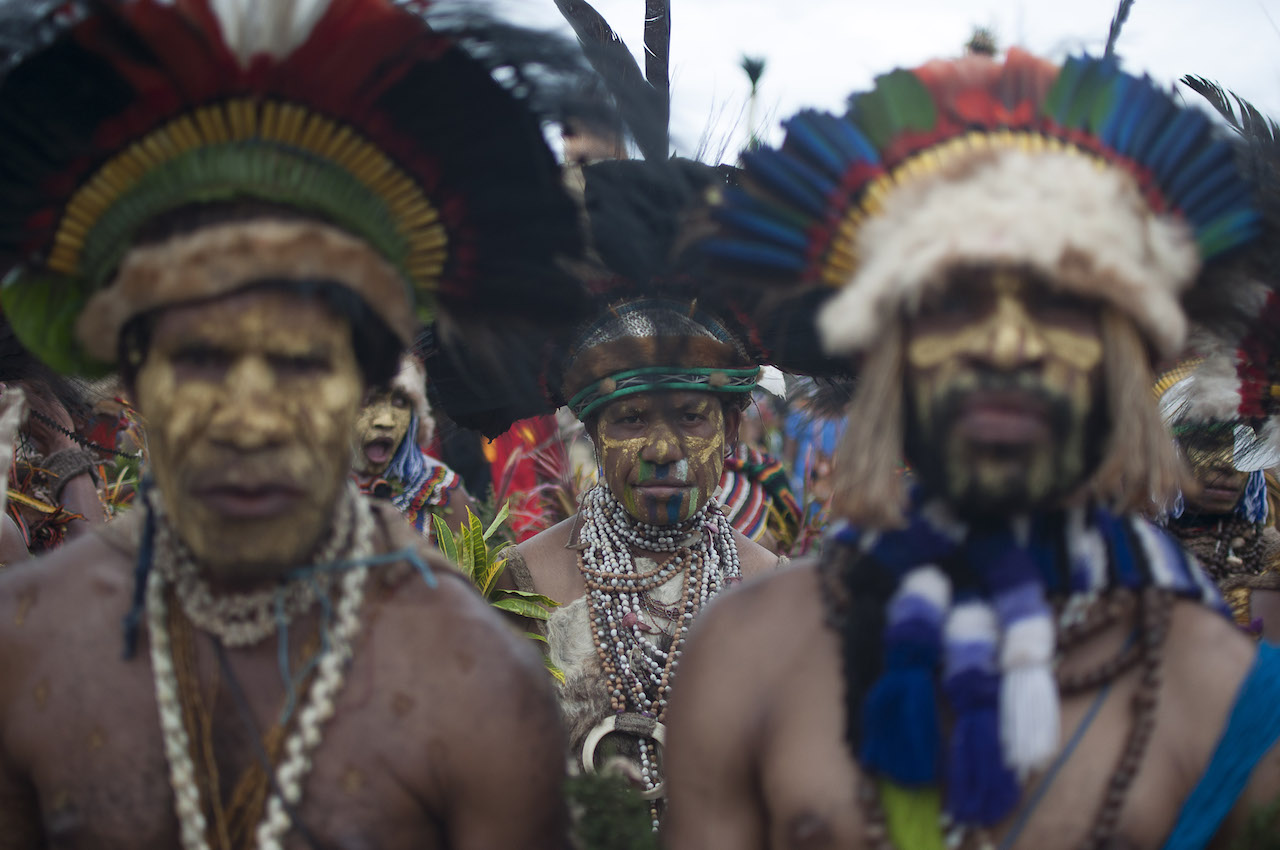 The singsings recount fables, epic journeys, and battles of the spirit world. 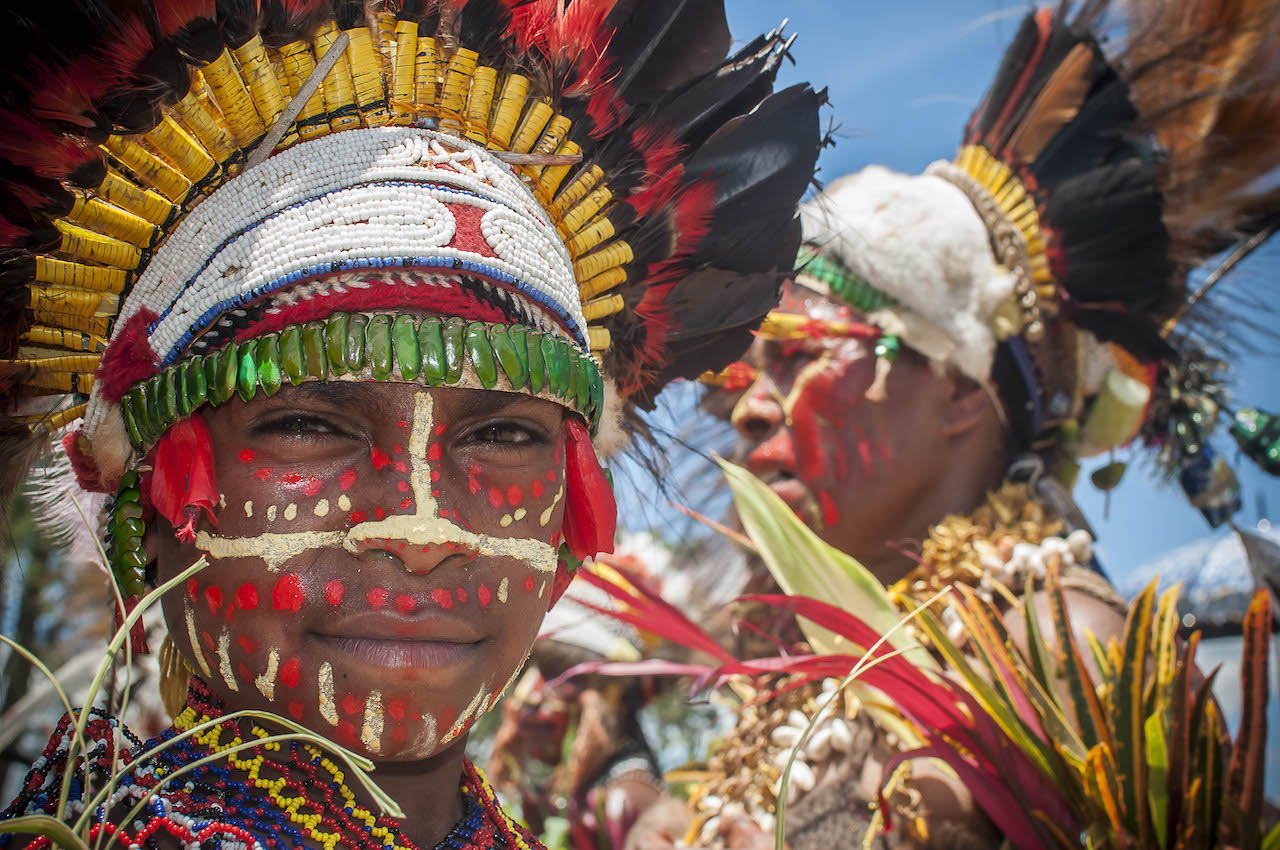 A boy from the Nagamiufa tribe. 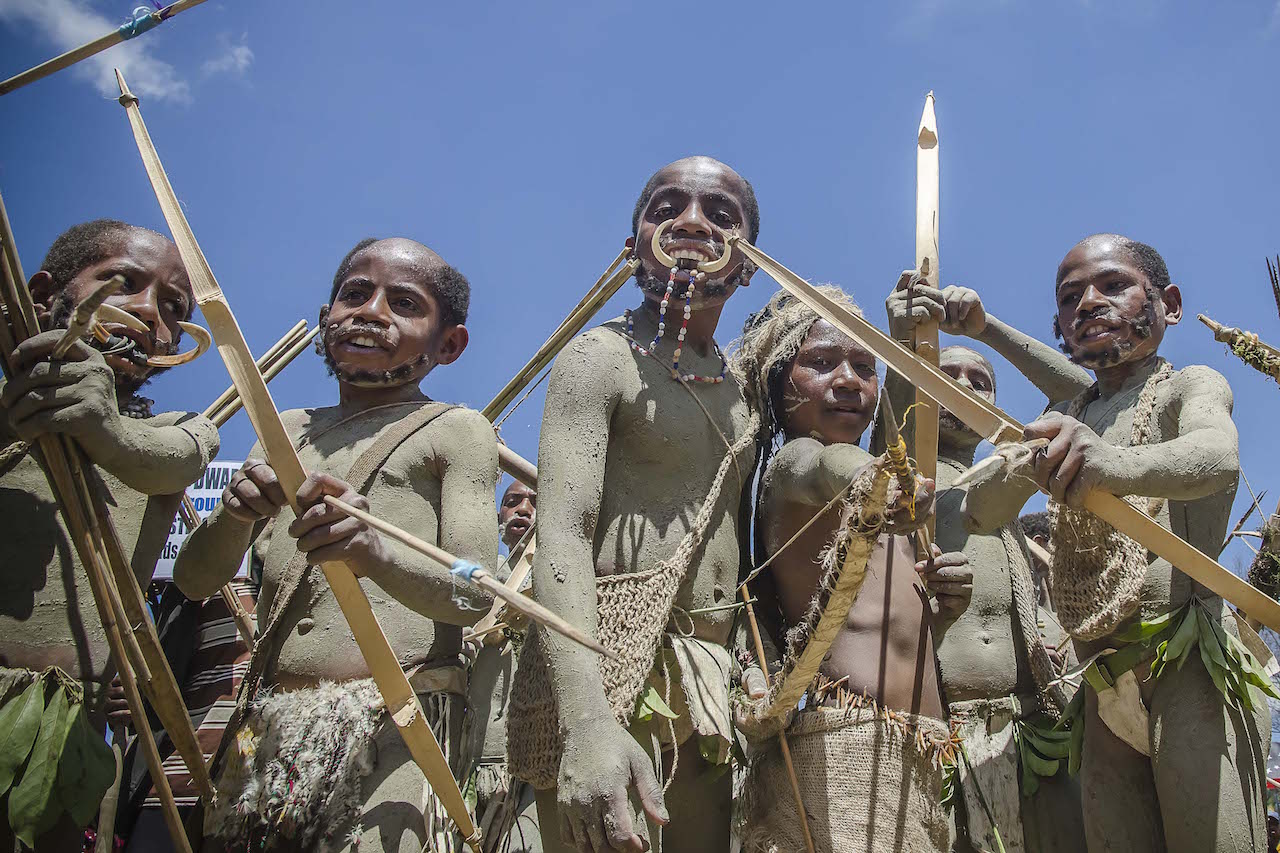 Wanting to look like dwarves, these young boys shaved their heads then glued the hair to their faces to make beards.

The people are friendly and happy to see foreigners expressing an interest in their culture. 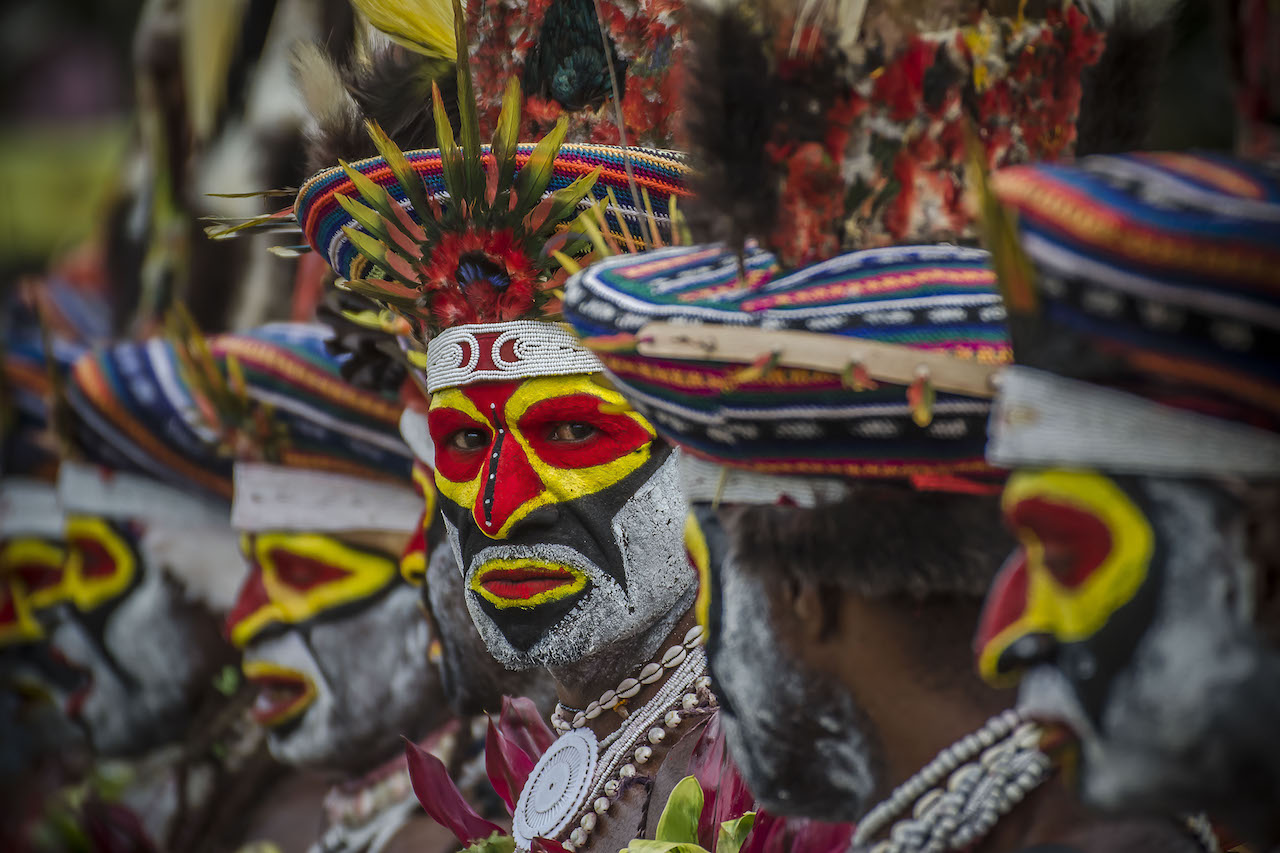 Thousands flock every year to witness the singsing of over one hundred tribes. 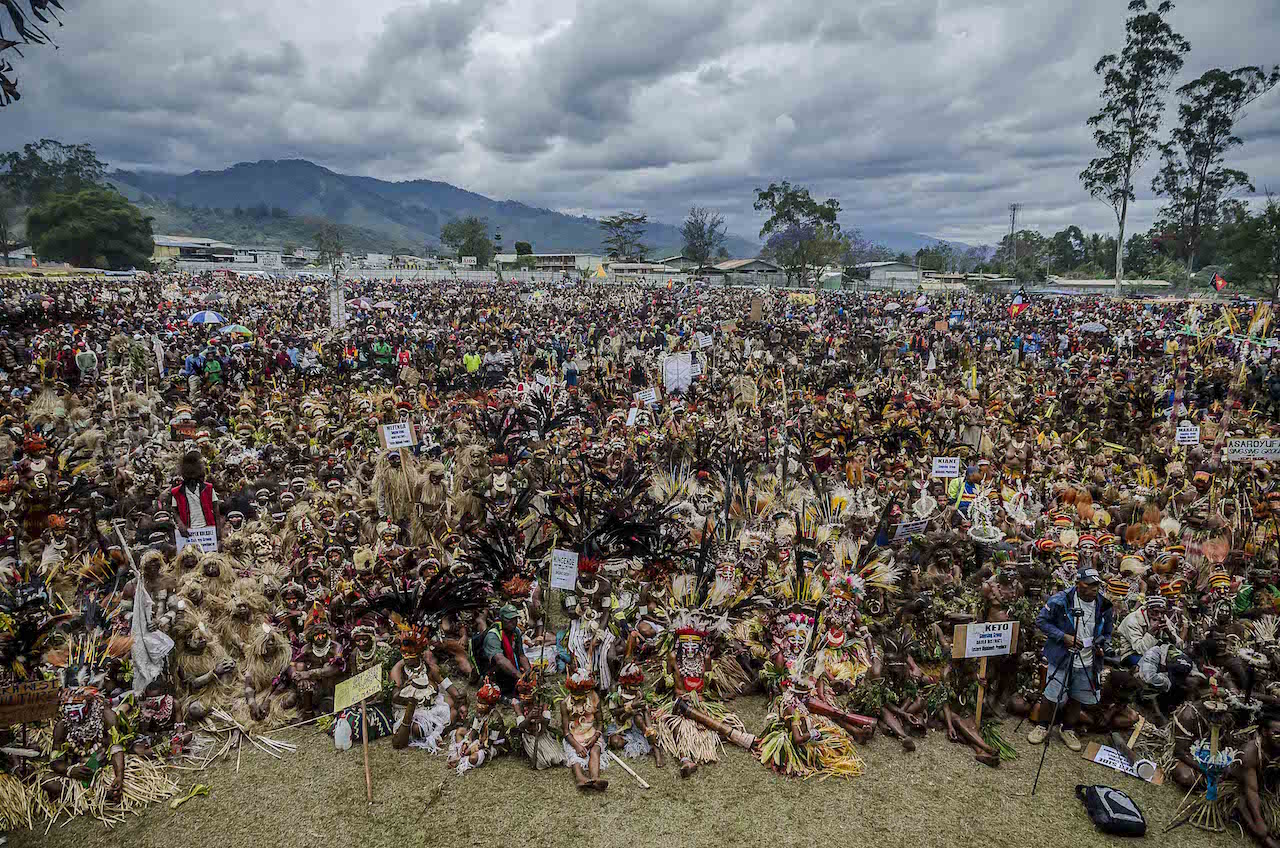 How To Photograph Religious Festivals