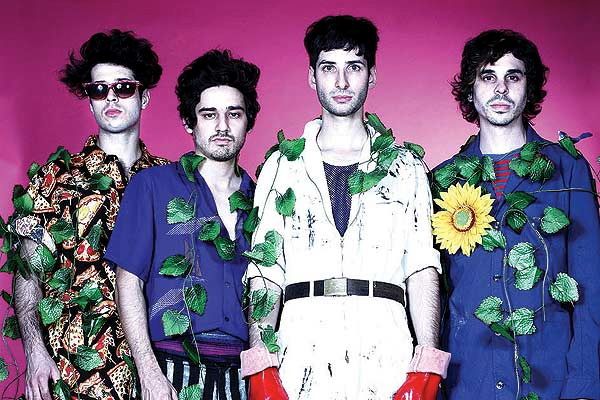 One of Argentina’s many offerings, Mataplantas.

La Nacion, Argentina’s first newspaper, starts off with Hannah Montana in its top ten, without mention of a single Argentine artist. So what new local tunes are people in Argentina listening to?

Argentina isn’t exactly unexplored territory for anything fashion, film or music related. But most of what makes its way out as an export isn’t what locals are excited about. Gotan Project and Banda de Turistas are not all the rage in Buenos Aires and no one in Argentina seems to have heard of Federico Aubele, though all three can draw a crowd in New York or Berlin.

Tonolec combines art noise, breakbeat, dubstep and native chant of the Toba people, surprising hipsters and older folks alike. A performance at the national folklorico festival shows somewhat perplexed Tobas behind the avant-garde renderings of Tonolec – the band saves the display from musicology obscurity with a splash of global cool. With Tim Burton-esque costumes and sets, a Tonolec show turns the Andes into a fairytale forest where beautiful people play indigenous drums and become one with the arboles.

Tremor and King Coya are similarly bringing Andean folk music into the new millennium with touches of dubstep and IDM. 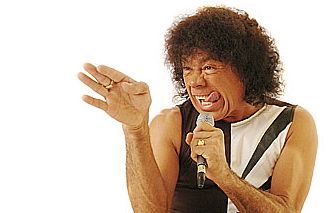 King Coya is composer Gaby Kerpel, whose new album includes revamps of Colombian classics in his signature, minimalist style, inviting a new audience to enjoy South American rhythms. Tremor is a trio of live musicians that use autonomous instruments like the charango and bomba leguero alongside produced original tracks for a big sound. Their video projections are as good as their amazing sound and the entire experience turns you into an instant folklorico fan.

Dick El Demasiado y Sus Exagerados and Emir Kusturica and The No Smoking Orchestra are Euro-Buenos-Aires hybrids that maintain a local following in and around the Argentine capital.

Dick Too Much is a 50-year-old Dutchman who performs in a skeleton suit, and was a key figure in starting off the Nuevo Cumbia movement with his innovative Festicumex festival. Popular new songs include the vibrant “Hijo de Fruta,” a punchy trash cumbia set in the produce aisles of the supermarket where the artist describes a sexy, illicit watermelon – “No hay amor if it doesn’t come with sabor” is basically the chorus.

Kusturica is a Serbian concoction, its namesake isn’t actually in the band but directs the group’s videos. Like much of the rest of the world, Balkan Gypsy music has carved out its niche in Argentina. Kusturica is especially loved thanks to a series of parties the band got involved with in 2007-2008 called Bubamara, the best party this author has seen in 3 years of Buenos Aires nightlife. They’re headlining Cordoba’s annual Rock Festival this year and playing a sold-out show at Luna Park in BA. 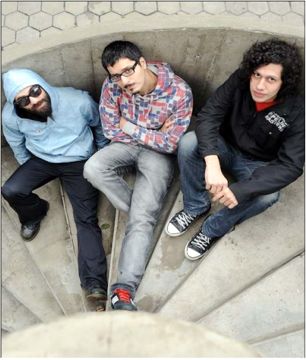 Mataplantas makes melodic rock and roll, the kind that Buddy Holly played but with the feel of the Flaming Lips. Four hot Argentines playing great songs of an indie persuasion and having fun onstage is a win situation. One of Mataplantas’ singers, Pablo Malaurie, is currently performing solo with his album “Festival del Beso,” a collection of ethereal, haunting, whiny pop songs that the artist plays live with toys and kooky vocal reverb for almost geisha girl effect.

El Hijo de la Cumbia, Dante and Princesa show you Argentina’s urban side with a blend of cumbia, dub, dancehall, and hip hop that keeps things interesting on the dance floor. Fidel and Alika channel their reggae favorites and deliver the country’s version of Jamaican roots music. They are big with the local youth and eclipse their pop doppelgangers Los Cafres with originality and a direct connection to the hood – dreadlocks and poplocking included.

Los Manos de Filipi are the original punk rock anarchists of Argentina. Heavy-hitting, outrageous and inspiring, Los Manos hurt you with lyrical kindness taking the proverbial piss out of politicians and popes alike. When the record industry did them dirty, Los Manos released their new record independently and the insert bore a photo rendering of their ex-A&R rep, naked on the cross. 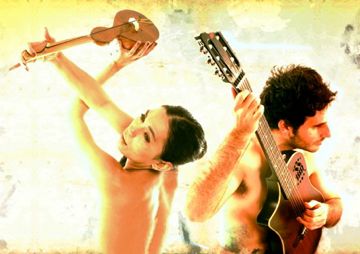 Soema Montenegro, Mariana Baraj, Lisandro Aristimuño – each of these artists honors Andean folk with modern arrangements and indie rock sensibility. Like his contemporary, Juana Molina, Aristimuño uses loops and samples to accent folk song-writing but his live shows include a dancer who beats time with her heels and a full string section. Mariana Baraj plays drums and tricks her voice out alternately into a deep moan or light whisper of the wind. She makes jazz out of traditional chant. Soema Montenegro gets fierce in her renditions of local sound and then takes on the role of French chanteuse for sweet ballads.

La Mona Jimenez and Pablo Lescano are old-school standards that stay fresh. They get plenty of play from locals in working class neighborhoods across the country. 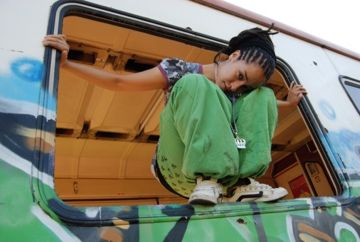 La Mona is known as Argentina’s James Brown with outrageous live shows that include high-energy dance and multiple costume changes. “The Monkey” Jimenez is a wild guy from Cordoba who works the crowd into a frenzy with cuarteto favorites.

Check our 50 Music Sites That Matter for great places to find new music. Interested in music from other countries? Lend your eyeballs to what people are listening to in Chile, Brazil and Canada.

Tagged
Music + Nightlife Argentina
What did you think of this story?
Meh
Good
Awesome