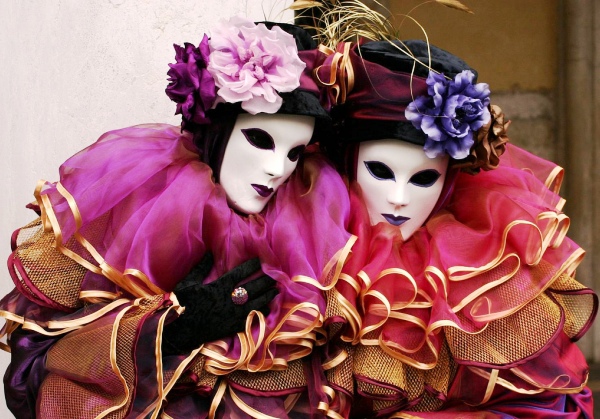 Mention Carnival and most people’s minds conjure images of Brazil.But Brazil and its Latin American neighbors are by no means the only places to find outlandish costumes, parades with ornate decorations and, of course, copious amounts of booze.

Travelers who brave the cold for a winter trek across the Atlantic discover that Europe is home to some of the most outrageous non-stop Carnival parties on the planet. For those looking for fun, this means hitting many different locales and experiencing how other countries get wild as the main party day differs from city to city.

And unlike the 12-day build-up to Christmas, Carnival’s main event is preceded by random drunkenness for nearly two weeks. Anywhere there’s Christianity, there’s some form of Carnival, but here are four must-see fiestas that make Mardi Gras look like a tea party: 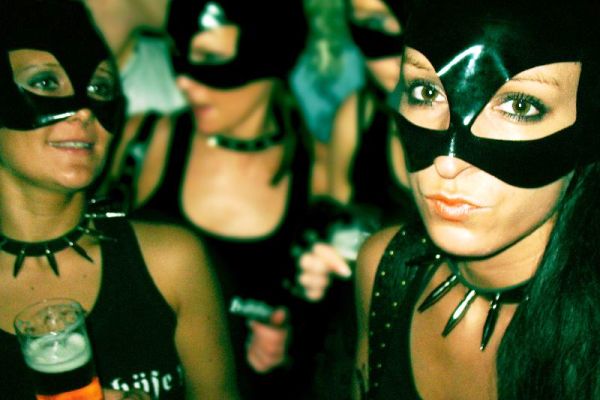 Nothing says Carnival like Catwoman. Or Catwomen. Photo by Martin Terber.

This college town has a population of nearly one million people, all of whom take full advantage of Carnival’s anything-goes atmosphere. From wasted dudes doing cartwheels in the middle of a busy intersection to even more wasted dudes riding the tiny slab of metal that connects train compartments, Cologne goes off.

The party actually gets going in November… and goes on and on. By February, the city gets cold, and you’ll need a jacket when you’re standing in line waiting to get in to one of the many clubs and bars that are so packed the windows are fogged up. But don’t worry: There’s the off chance that drunken college kids will keep you entertained by mooning you through the steam.

Those who drive need to make sure they don’t get stuck trying to cross the route on parade day. Not only will the floats add an extra hour to your drive, the swarms of drunken Germans following the parade have little regard for those stuck in vehicles.

A quick drive or train trip from Cologne is Maastricht, a sleepy Dutch border town with nearly all the accouterments of Amsterdam, minus all the tourists and hookers.

The train station lets off at the very beginning of the city’s main parade. This part of town is also where you can get a look at the floats before they get moving. Unlike the United States, where parades consists of baton-twirlers, marching bands and horses, the Maastricht version of Carnival is a bit racier, thanks to floats featuring such characters as an overweight guy sitting on a toilet.

Ah, but floats schmoats. The real action takes place in Vrijthof, the city’s largest square, where at least 10 bars are lined next to each other and costumed partiers dance the afternoon and night away. Nearly every shop closes for the main party day, which means anyone and everyone in town winds up here. 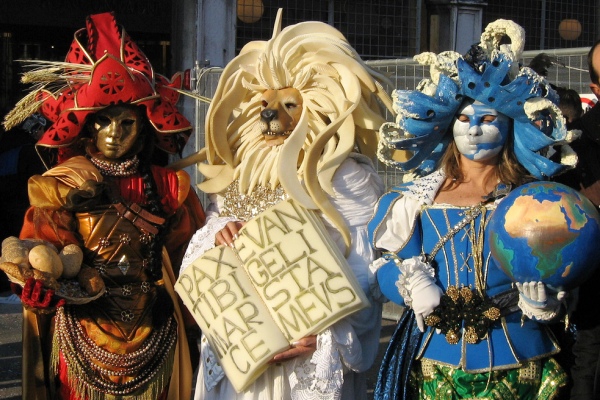 The thousands of people who descend on this romantic city come prepared with masks and costumes and don’t leave until they’ve gotten the most mileage out of their time in the City of Bridges.

Whether it’s officially sanctioned get-togethers in St. Mark’s Square or locals selling Chianti off a boat docked in the Grand Canal on a Sunday at 1 AM, there’s always a gathering of young and old (mostly young) people flipping the proverbial bird to damn near everything by staying out ‘til the sun comes up.

And with so many people out at all hours, those who stumble home take comfort in knowing they are never alone.

By now you’re wondering why a town most have never heard of would be included on this list. But sleep on Garmisch and miss the most amount of fun humanly possible. Here’s why.

Booze. Thanks to its location in Bavaria near the Austrian border, beer here is cheaper than water. And stronger too. Order a Helles and order another. Repeat until you achieve the desired results.

Costumes. It ain’t easy coming up with a stylish look when your entire life is contained in a backpack, but a silly ski suit found at a thrift store is all anyone needs to act the fool.

Snow. Yeah, you could buy a ticket and ski or snowboard down the Zugspitze, Germany’s highest mountain, but what makes Garmisch so special is Fasching, which takes place on Fat Tuesday. Although it’s not a holiday officially recognized by the city government, there isn’t a soul in town who doesn’t know what’s happening when all those people ascend the mountain just before sundown.

Nearly 200 people congregate at the top of the Zugspitze and enjoy cold beverages while overlooking a sea of perfect white snow. Once the sun sets, skiers, snowboarders and those brave enough to tackle the slopes on a plastic sled descend down four runs in complete darkness with nothing but a tiny light and the shrieks and shrills to guide them.

Each run is broken up with a hut where more beer warms cold bodies and people mingle, telling stories of how they nearly fell over a cliff they almost didn’t see. Sausage is ready and waiting at each stop; so is music, dancing and the occasional puddle of yellow snow.

Garmisch is home to the Edelweiss Lodge and Resort, a hotel for American military members and their families run by Americans who sign up for 13-month contracts to run the facility. This means there’s always a slew of young English speakers around every corner.

So what are you waiting for? Add these European cities to your Carnival list!

Are you a globe-trotting party animal? Check out our list of the 10 Biggest Parties Around the World, or — if you decide to head to Rio after all — read up on these 8 Essential Tips for Carnival in Rio.

Tagged
Culture Guides Festivals Venice, Italy
What did you think of this story?
Meh
Good
Awesome

How they like their rock ‘n’ roll in Germany

Venice is banning tourists from parts of its city