EVERYONE WHO VISITS ALASKA hopes to see a bear. They might tell you they’re scared of them, but deep down they really want to see one. It’s a rush, I can’t blame them. Nothing on Earth embodies the wild like a bear.

I’ve spent over a decade finding places to watch these amazing creatures and will never tire of it. I’ve seen big bears, little bears, handsome bears, and ugly bears and can tell you definitively that every bear you see is a distinct individual with its own biases and ways of surviving in an often harsh environment.

Most bear sightings take the form of a bear’s butt as it runs off down the trail or crashes into the alders to get away from you. Even that fleeting glimpse is enough to make someone’s time in Alaska “the trip of a lifetime.” For those lucky enough to spend an hour, a day, a week, a lifetime watching bears, the experience is transformative. 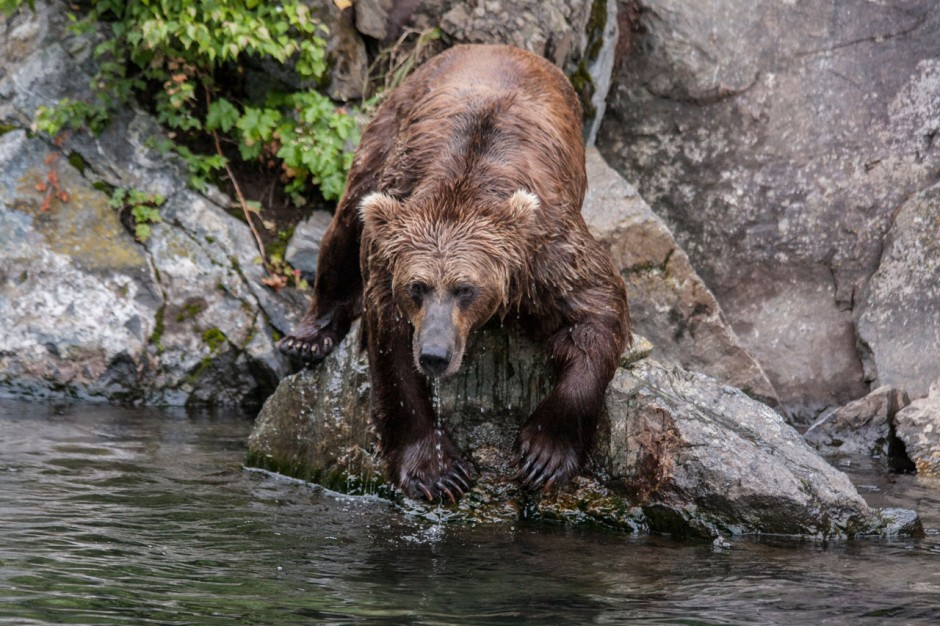 Brown bears and grizzly bears are the same species. The distinction is geographic. Grizzly bears live in the interior of Alaska and are smaller in size than their coastal relatives. More productive habitat and access to salmon allows coastal brown bears to get much larger. 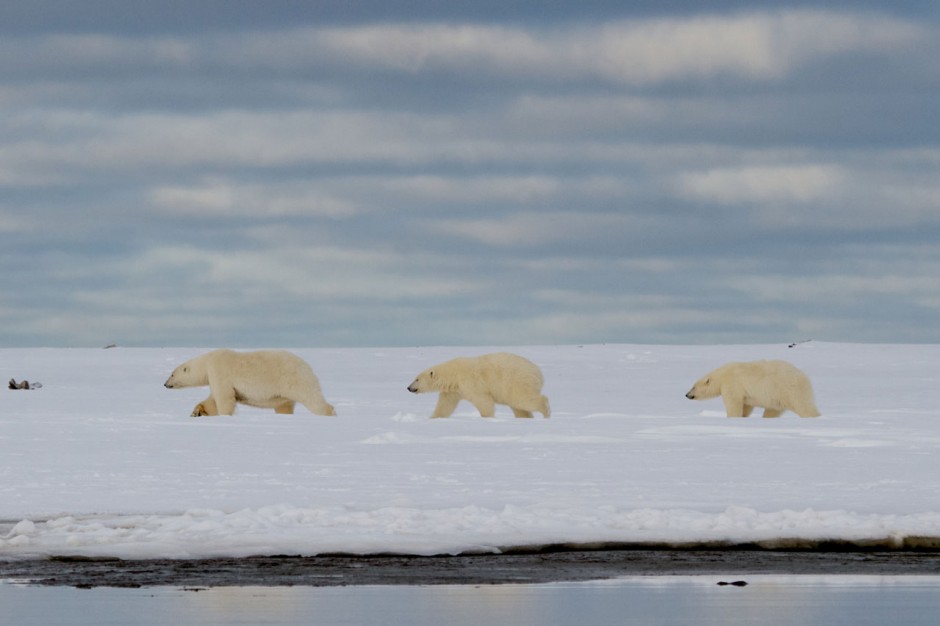 Polar bears are the masters of the Arctic. They prefer to spend their time hunting seals out on the ice, but the ice cap isn't what it once was. Many of these bears are now forced to spend more time on land waiting for the seasonal return of the ice. 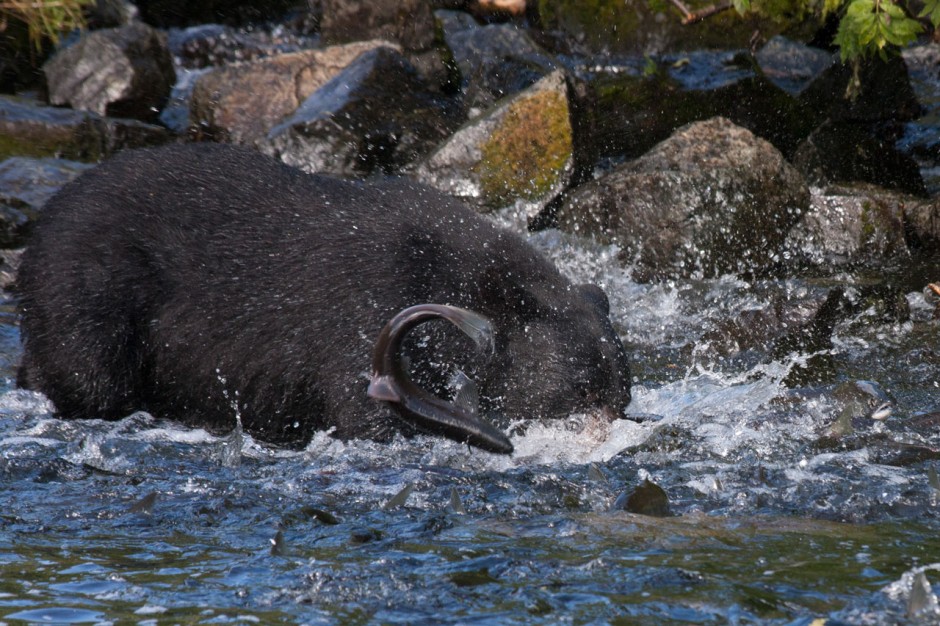 Black bears are the most numerous type of bear in Alaska. While most of the black bears I see are actually black in color, in other parts of Alaska and North America they can range from a blueish black, to cinnamon, even white (Kermode bears in BC). 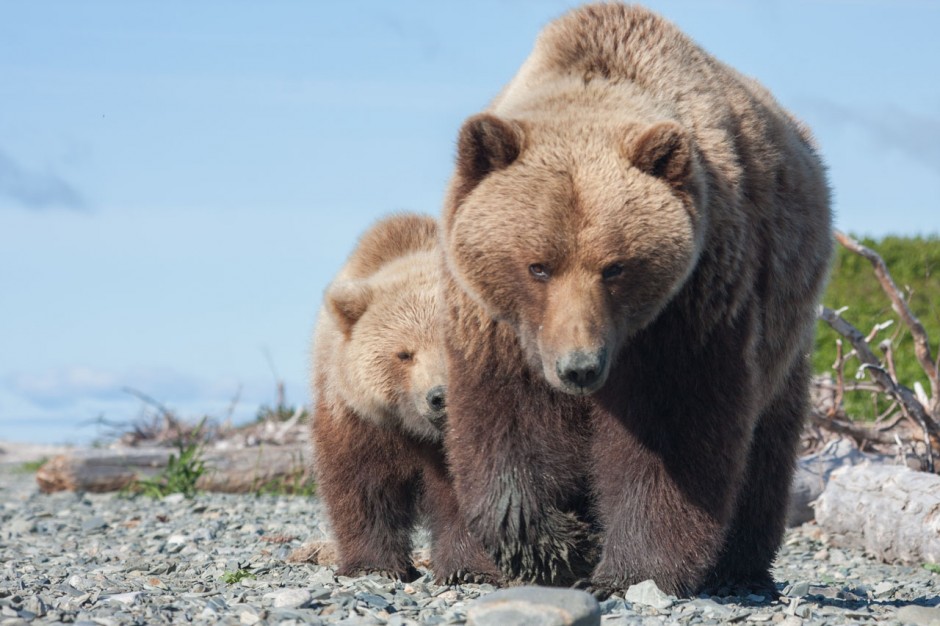 Not all bear mothers are created equal. In any population there are going to be certain female bears that are just better at raising cubs. It's not a hard and fast rule, but brown bear cubs will generally spend two and a half years with mom learning how to be a bear. 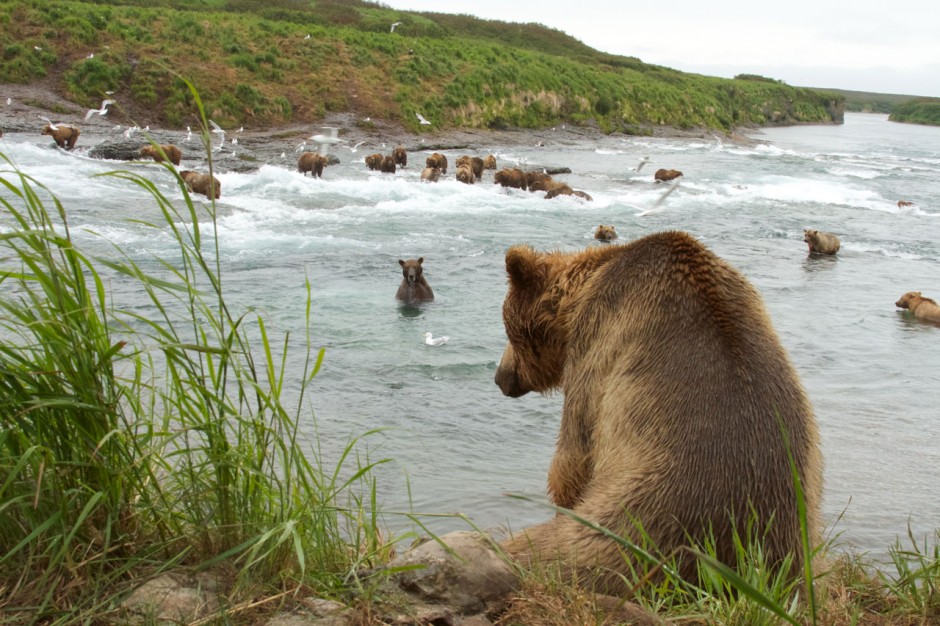 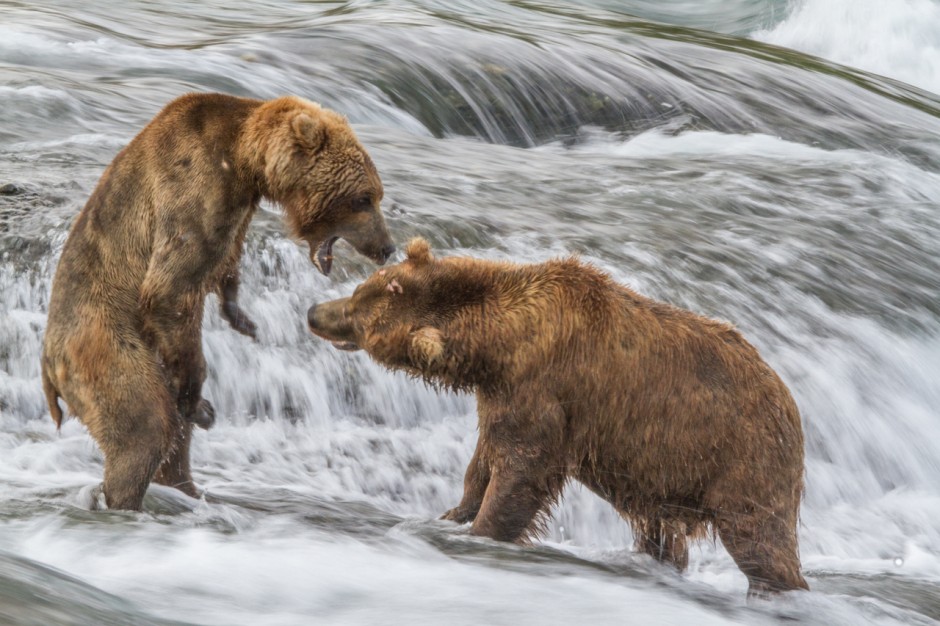 Bears don't fight as much as one might imagine. They are powerful animals and injury can mean death. Most conflicts are decided through posturing and acting tough. These guys made a lot of noise but never actually touched each other. 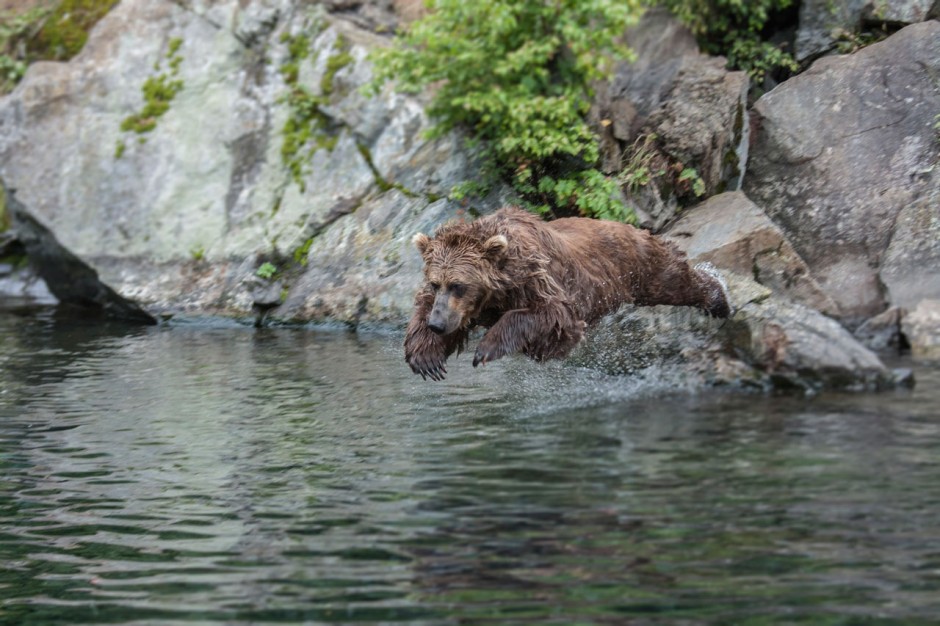 This is one of the most amazing bears I have ever watched. She was highly effective at fishing, seemed to have good parenting skills, and was incredibly photogenic. 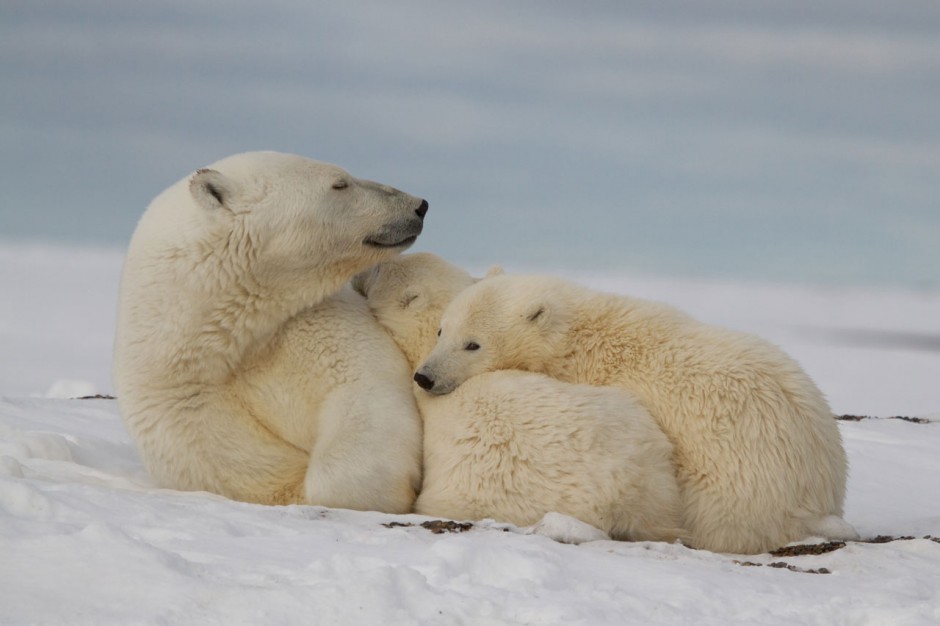 A polar bear family near Kaktovik, AK tries to grab a nap. The cubs weren't having it though, and soon they were wrestling and bouncing around under the watchful eye of their mother. 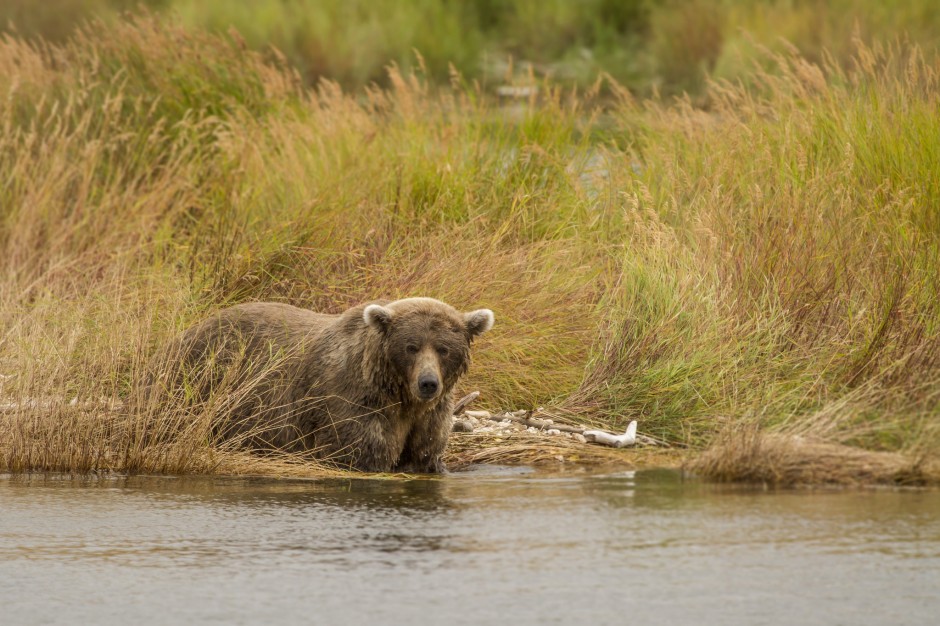 Bear in the reeds

It has always amazed me how fast bears can disappear. You would think a several-hundred-pound animal would be hard to hide. The fall colors near the mouth of the Brooks River make excellent bear camo. 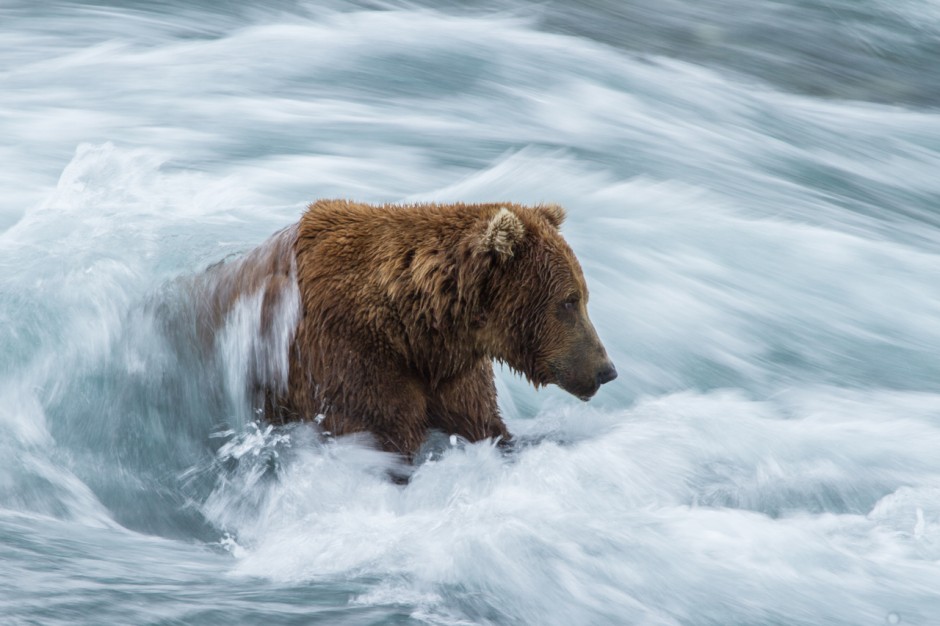 In order to catch migrating chum salmon, this bear sits in the current facing downstream. His large body creates an eddy, and when fish swim in all he has to do is dip his head and grab them. 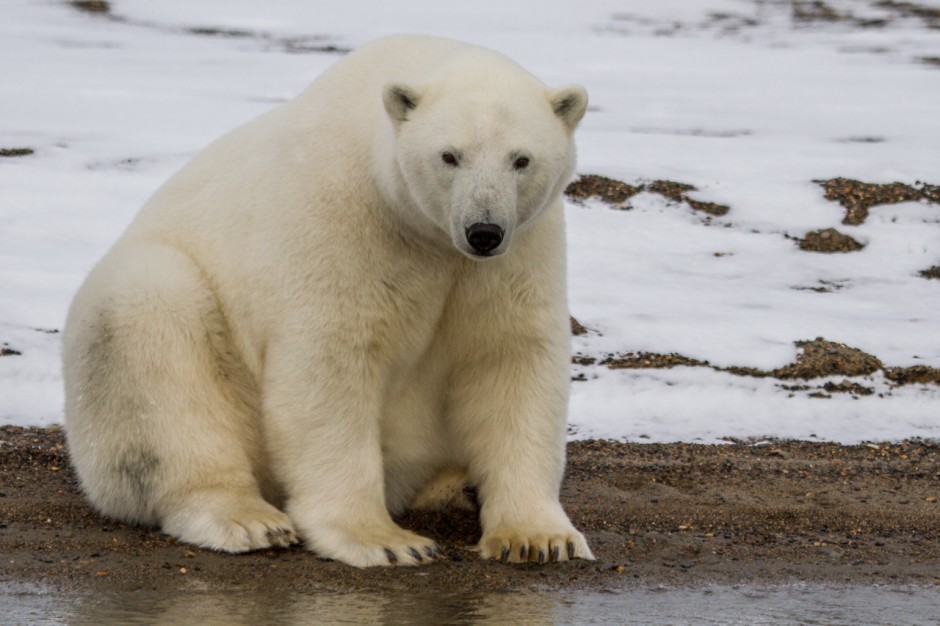 On the barrier islands around Kaktovik, AK in certain times of the year, there are bears as far as you can see. At first you look over the horizon and see snow piles everywhere. Those aren't snow piles...they're polar bears. 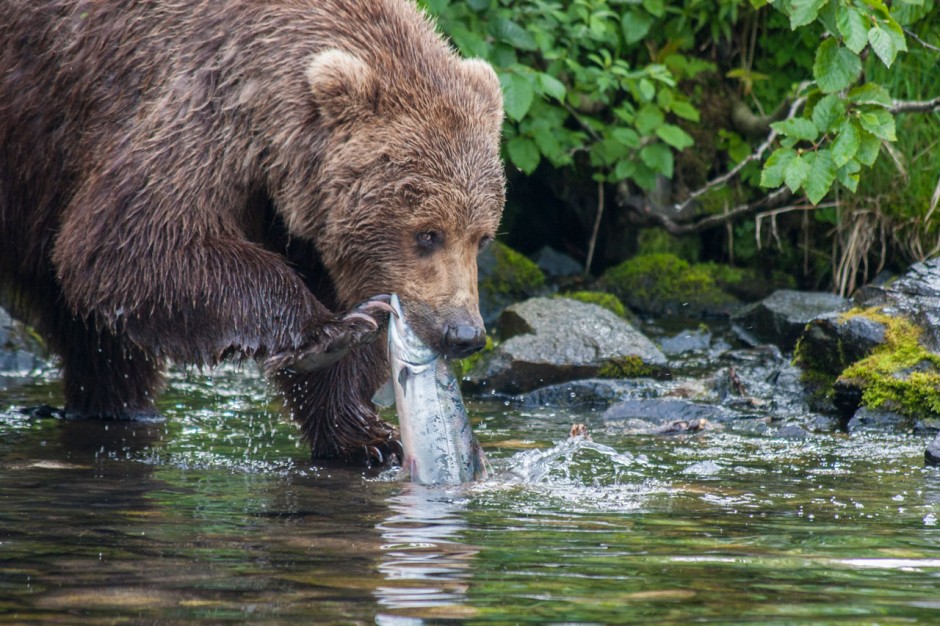 Anytime you're on a salmon stream in Alaska you could encounter a bear, so it's important to make noise, travel with partners, and never run from a bear. Don't freak out. Remember that just because an animal can hurt you doesn't mean it wants to. It will probably be the highlight of your trip. 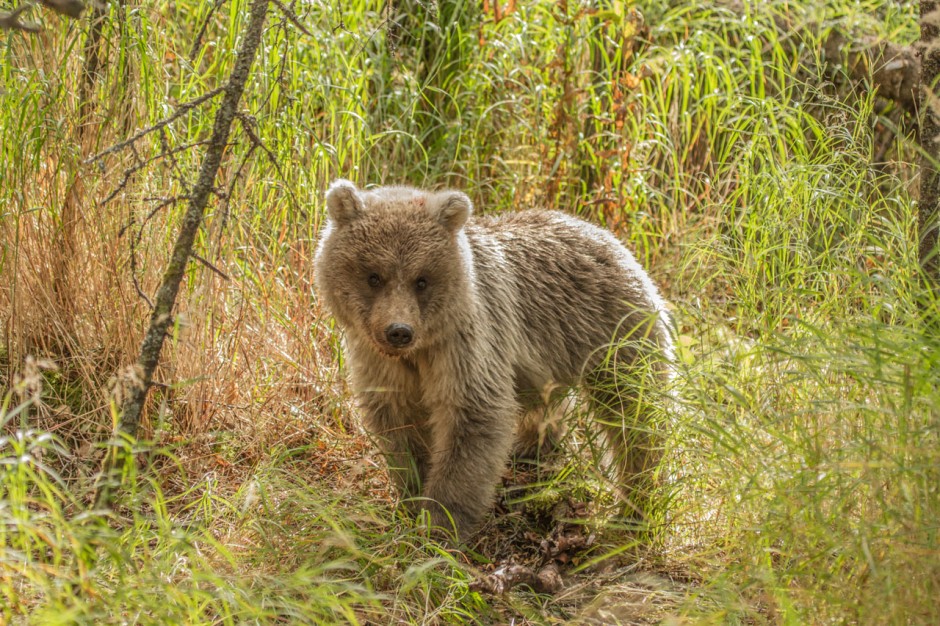 A sneaky little cub. Mom and siblings had already gone downstream to look for salmon, but this little female stopped to check us out before scurrying to catch up with the others. 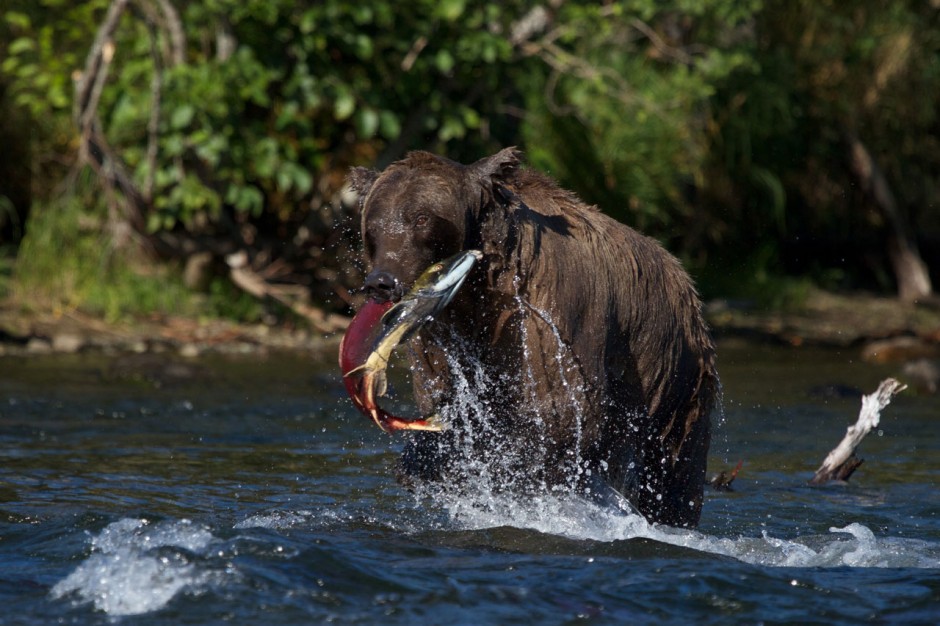 It comes as a surprise to many that brown bears aren't bloodthirsty killers waiting behind every bush to devour you. This bear was fishing for sockeye salmon on the Brooks River in Katmai National Park and just went about her business catching fish as if we weren't even there. 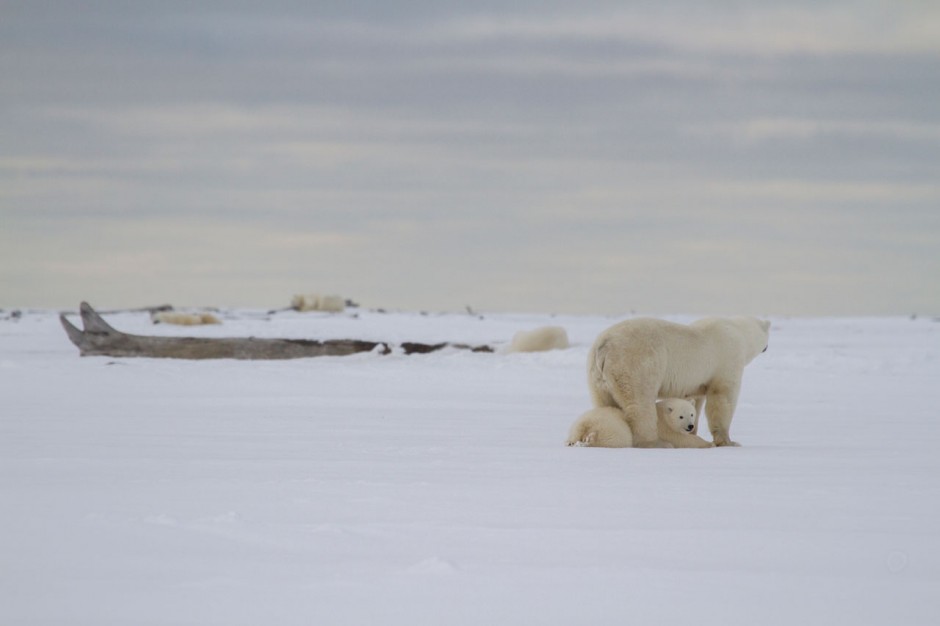 At the end of the summer polar bears will congregate along the coast, awaiting the return of the ice so they can head out to hunt seals. 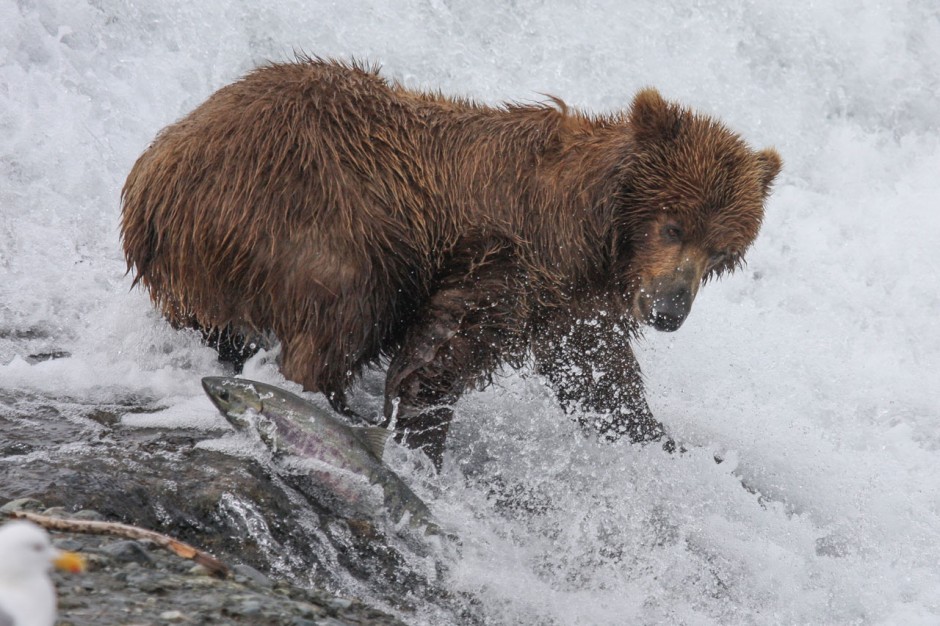 The physical prowess of bears is hard for us mere humans to comprehend. The best way to see how you compare is to try running upstream through knee-deep, 34-degree water, and then catch a salmon in your teeth. Good luck. 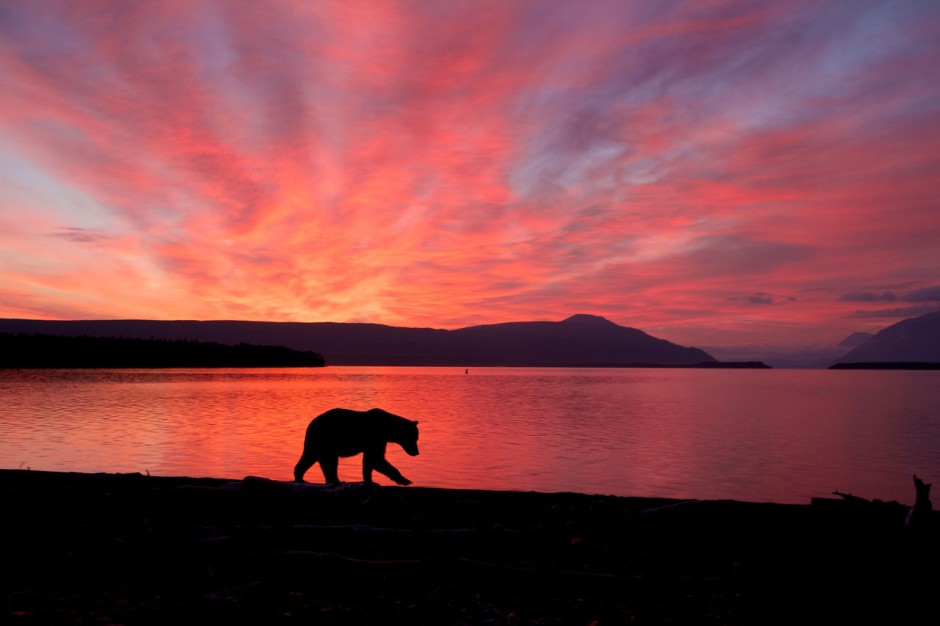