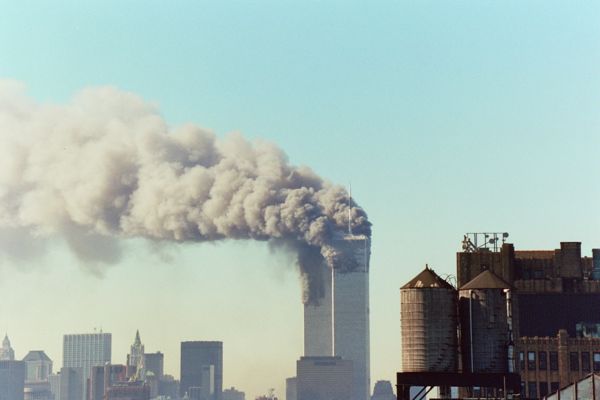 All photos by author. For use by permission only.
Tom Gates was in the World Trade Center 2 nights before 9/11. Here’s what he saw the morning of, 50 blocks from ground zero.

THE MEXICAN CONSTRUCTION WORKERS WERE YELLING AGAIN. They had been yelling for days, mostly tossing jokes about each other’s moms. Normally I enjoyed the backdraft of their conversation, which wove its way up from the floor below, through the clanky heater ducts and into my high-rise office.

My assistant was at the office door with a look. A very bad look. Pointing.

My window faced downtown, about fifty blocks from where half of the World Trade Center was smoldering. The fire was in its midsection, like it had just received a swipe from Wolverine. Something was sticking from its chest, dripping fire.

We turned on the TV. The television gave us the answers. The plane. The crash. The quivery tone of the commentators who weren’t yet thinking about how famous this moment might make them. 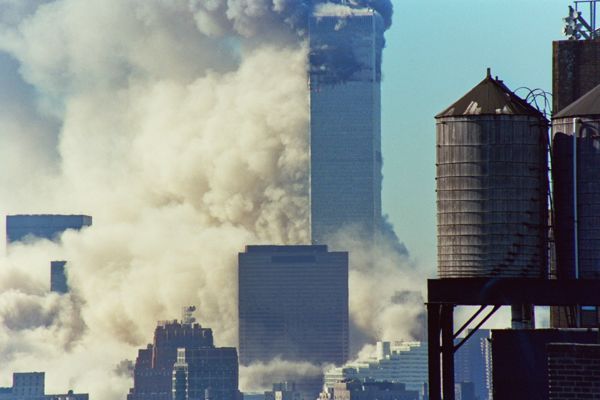 We piled into a different corner office, this one with an unobstructed view of both The WTC and The Empire State, which stood eight blocks from our window. We watched the television, then the window, then the television. Four of us in this office. Four of us dumbfounded.

We watched the second plane hit the second tower. The soundproofed glass saved us from any noise. Someone had hit the mute button yet still the action took place. A plane from the sky hitting a building on the ground.

I had been to a party on the WTC’s top floor two nights before. I remembered how the building swayed in the wind, as it was designed to do. I remembered putting my Red-bulled head against the window, looking down, thinking that a building like this shouldn’t even exist. It was an unearthly feeling, looking down from that high.

People were in there now.

People were in there, dying. Thoughts started to crank through my head that I didn’t want to have. Were the people in the planes alive? Would the people at the top half be able to get down? Would helicopters fly to the roof or was that something that only happened in movies? Why wasn’t there a superhero who could blow cold-freeze breath on the flaming crack? 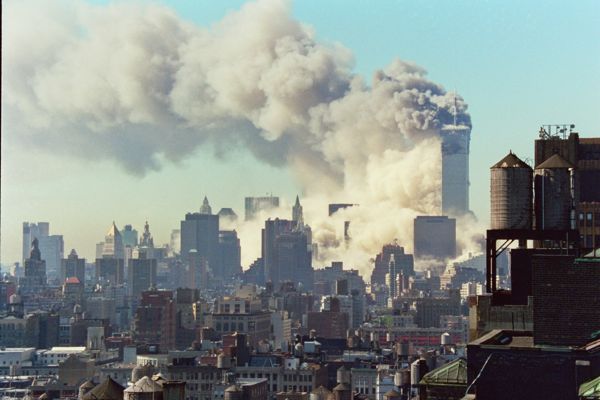 I had my camera. I took pictures. I felt like I shouldn’t be taking pictures, knowing that I was documenting death. I would later have them developed and would be so disgusted with myself that I would keep them in a box until last December, unearthed only after bravely consuming a bottle of Chianti. You are looking at the pictures now, in this article.

There were many minutes where nothing happened. We weren’t crying. We weren’t hysterical. We weren’t rushing to the phones. We weren’t running for the stairs. We just stood there, immobilized, twenty-four stories in the air, watching two 110 story buildings burn.

The first building fell. It had never occurred to us that this would even happen. We chanted along with the whole world. “Oh my God.”

Behind us the television was running a loop of the plane crashing into Tower Two. In front of us Tower One thwumped. It looked like someone had taken the legs out from underneath it. The dust and ash and building parts flew so far uptown that, for the first time, we started to think about our own safety.

That’s when we became scared. Imagine that? We had been watching all of this and forgotten to be scared. But then the news started talking about a plane in Washington. Fighter jets started roaring into lower Manhattan. The Empire State sat there looking at us, tapping us on the shoulder. 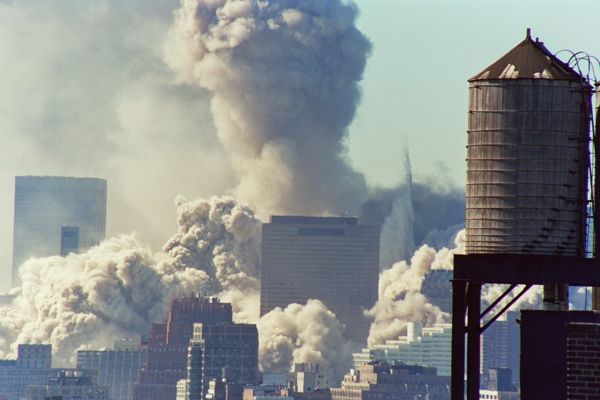 My father called me. I hadn’t spoken to him in ten years. “What’s going on down there?” I thought about the letter. How he had threatened me. About him running me around the house when I was a kid because I was too fat to be a baseball star. About how I made him sick to his stomach and I disgusted him and how I should get out of his sight. And then, about the Mexicans below who were still yelling. If he was here, he would be calling them Spics and telling me that they were stealing my scholarship money and how they were all lazy bottom feeders, almost as bad as the…

“Don’t ever call me again.”

We watched the second building fall with the same shock that we felt when the first one collapsed. The debris seemed to fly further uptown this time. People were watching from dangerously close rooftops now and I wished I could scoop them up and drop them safely on the sidewalk.

“Can we go?” Somebody in the office was talking to me. I realized that I was in charge. The boss. I felt like a parent must feel after bringing their first baby home. Was this the right move? Of course it was. Yes, we could go. 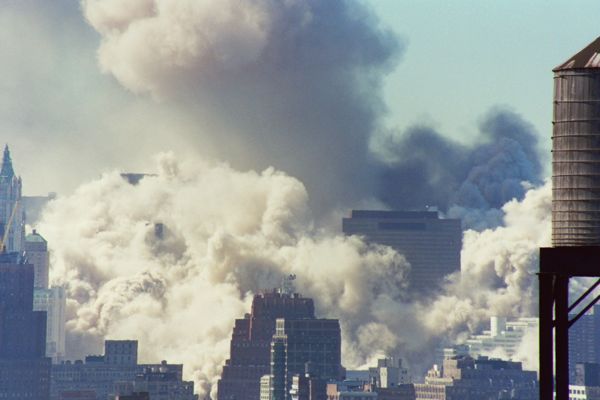 The streets of New York took on the feeling of a fire drill. Everyone was filing out of their buildings, unsure of where to go. People cursed their cell phones for not working. Everyone seemed to be unable to find something or someone. Marbles were bouncing through everyone’s brains. Mass scale confusion.

The planes crashed and crashed again on television. And in my head. 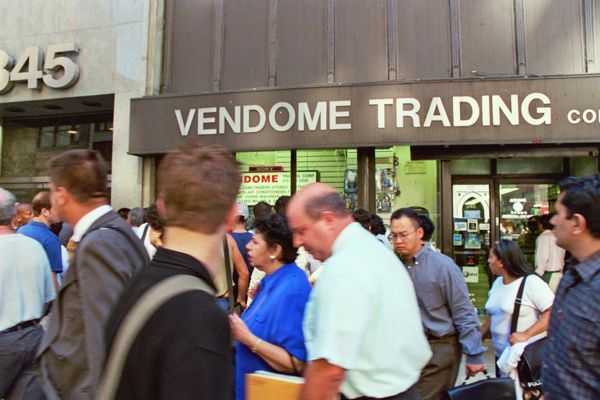 I went outside twice in two days. The first was my typical morning run to the deli. The man who had been serving me coffee for five years greeted me with trembling hands and apologies. He was of Middle Eastern descent. I realized how stupid it was that I hadn’t ever asked him his name.

I was thinking about how to console him, when a cop came in and walked straight up to the counter. “How long you known me for?” he asked in a direct and near-angry manner. The man answered. “Three years?” The cop nodded and handed him a piece of paper. “These are my three numbers. If anyone fucks with you, you call me and I’ll come over and bust in their fuckin’ head.”

That night I went out to find a beer and maybe someone to talk to, even though I didn’t know what to say. I wandered through Chelsea, its streets filled with other zombies hoping to live again. I passed Rawhide, with its blacked out windows and barbed-wire logo. It was a bar for the muscleboy leather scene, a pit-stop for those who might later end up in a mask or a sling. A sign out front announced, “Free Beer Tonight. Come In And Hug Your Daddy.”

Only a guy with daddy issues would think this funny. So I laughed and laughed.

Where were you on 9/11? What do you remember? Please share in the comments below.