View all travel news
Top Destinations
Top CitiesView All Destinations
Trending Regions
Trending Cities
Load More
The shutter flashes shut for an instant and a moment is immortalized in a series of pixels and metadata… The lens can be the ultimate tool of detachment but there are some images that stick to your soul.

Walking into the series of tents that had been hastily erected in the aftermath of the ’09 earthquake on the Port Au Prince airport tarmac to serve as the Medishare field hospital for the first time was an experience that will forever be seared into my mind and body… The air was a sticky, sickly sweet mixture of sweat, misery and death. There was very little noise. Muffled voices and the occasional low moan of pain or grief were barely discernible above the hum of the diesel generator. True suffering is most often done in silence.

I shuddered with the guilt of an interloper who was being paid what would amount to a small fortune here in Haiti to document the ongoing pain of a long-suffering people. I told myself the easy, self-assuring lie that my photographs might change something and proceeded to hide behind the lens and its blinking shutter.

I saw the young girl from across the room. A flap of the tent had been folded open in a feeble attempt to let some sunlight and fresh air in and the acrid stink of misery and death out. She was staring out at the sliver of blue sky from her bed with a look of longing and lost innocence.

Her shy eyes met mine with an honesty and openness that shattered any language barrier along with my carefully crafted journalistic detachment. I smiled and mumbled a few words in broken French as I approached. Her name was Julienne and her left arm was missing.

Amongst the chaos, destruction and death her smile spoke of courage, defiance against overwhelming odds and the power of the human spirit. It remains to this day as one of the most powerful things I have ever seen… 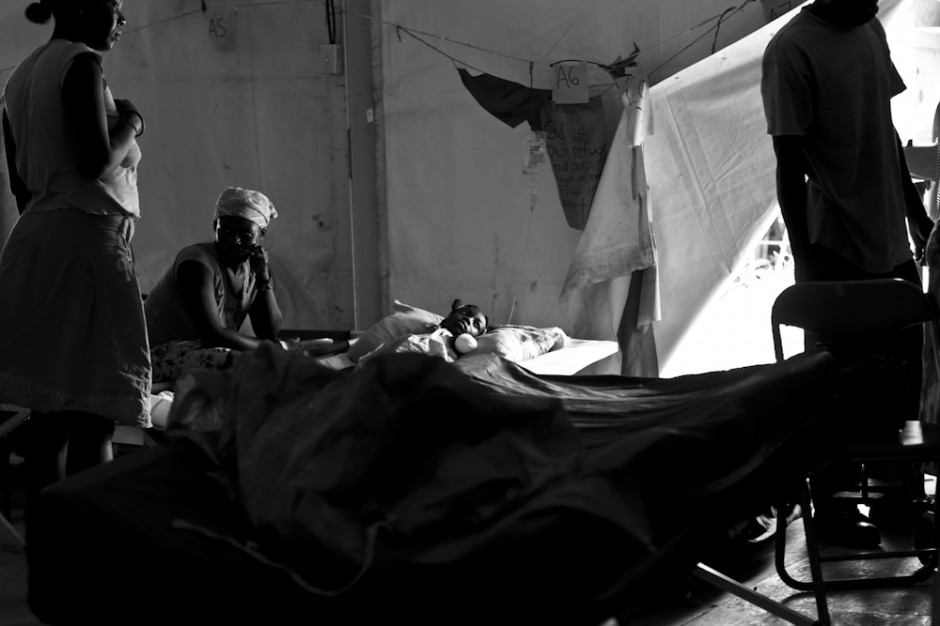 The hospital's tents were crowded with patients and their families. Flaps would be opened to allow a bit of light and air in during the afternoon. When I first saw Julienne she was lit up by the sun and staring out at the sliver of blue sky she could see from her bed.. 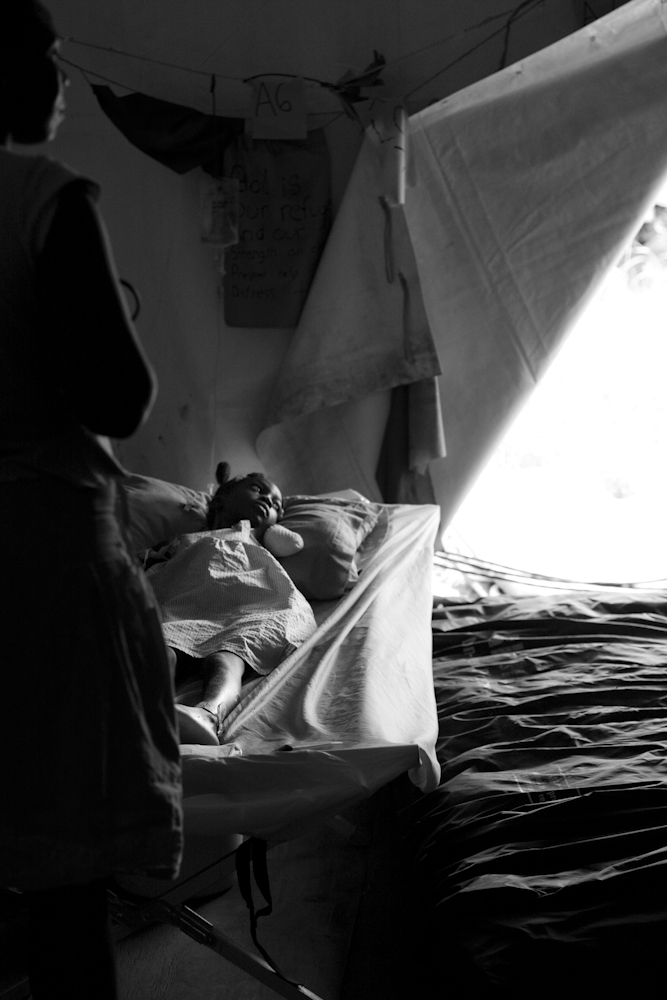 What's more universal then a sick child's longing to be out of the hospital bed and playing in the sunshine with their friends? In Julienne's face I saw so much longing and desire to be out of this place. 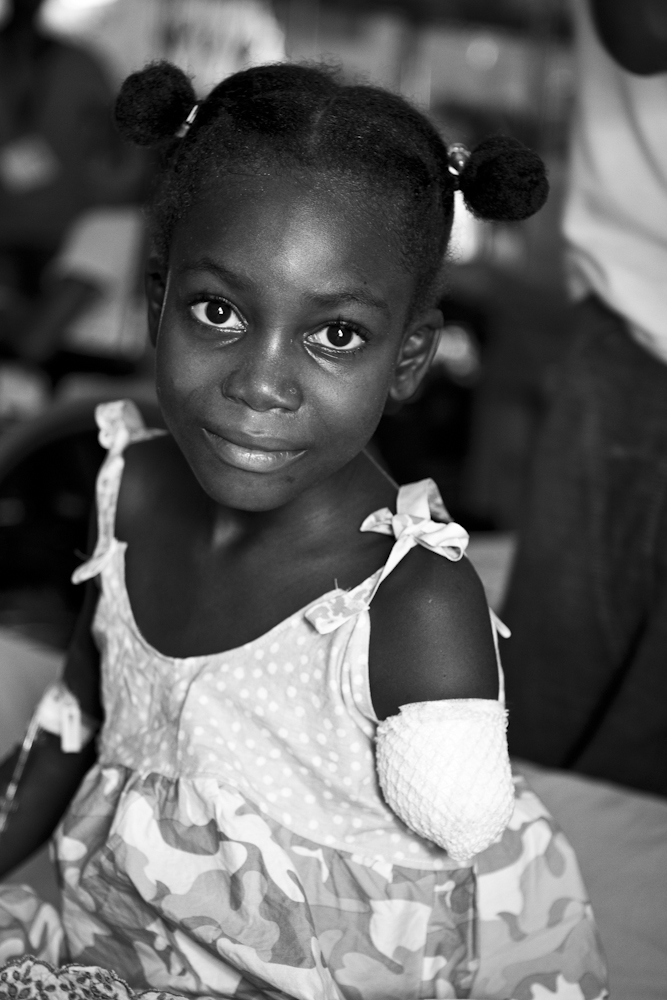 Her eyes were shy and dark. Haitian culture is rough on amputees and the road ahead of Julienne and her family is far from smooth, but there was so much strength in those eyes... 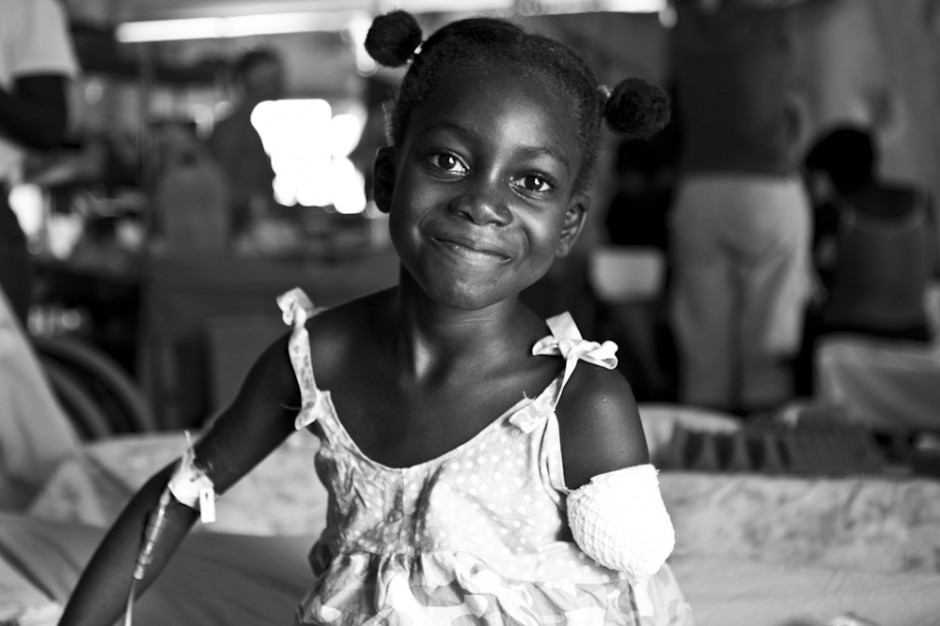 The power of a simple smile never ceases to amaze me. This is one of my all time favorites and a testament to the power of the human spirit. 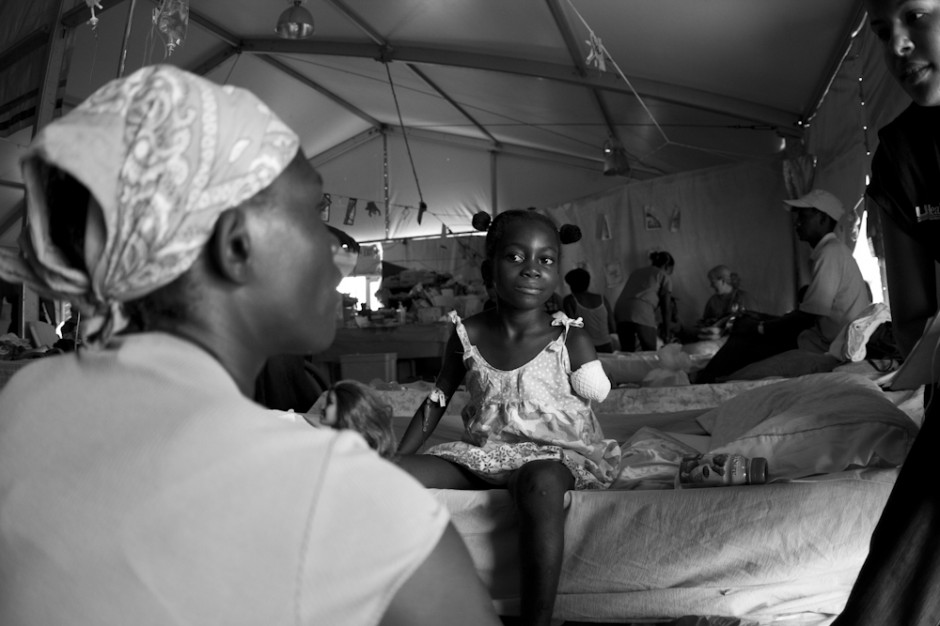 Julienne and her mother

Julienne's mother describes the multi day trip from their home village to Port au Prince and the Medishare hospital. When they arrived, Julienne's broken arm was so infected amputation was the only choice