GROWING UP ON THE OUTSKIRTS of Atlanta, I felt out of place, a stranger in my sterile suburban surroundings. As an adult, I seek to understand the place I still call home even after moving 2,173 miles away to Los Angeles.

I’ve found that Atlanta is in many ways defined by a past marred with racial tension and a craving for rapid development and progress. Atlanta’s history is one of urban expansion, systematic institutional segregation, and white suburban migration, with an underlying and long-standing political structure controlled by a coalition of wealthy executives and upper-middle-class African Americans — hindering the advancement of the lower class-black community.

Despite all this, the city is also looked at as a role model for the South, as a bastion of racial equality and civil progress. The city’s current identity is defined by a stew of race, success, vanity, poverty, and glamour, mixed with a slew of contradictions. This current landscape is far different from Atlanta’s birth during Reconstruction as the industrial capital of the South and subsequent rebirth as a Civil Rights stronghold and home of Dr. Martin Luther King, Jr.

Even today, the city is looked at as a black Mecca and, dubbed “the city too busy to hate” in the 1960s, continues to raze low-income housing, eliminating entire neighborhoods within the city for the sake of international status symbols like the numerous sporting complexes and the ill-advised rapid transit system, leaving empty promises of redemption for former residents in the wake.

The city’s newest incarnation as the hip-hop capital of the South has thrust Atlanta back into the spotlight and created a new, unique, and prevailing subculture while bringing in over $1 billion in state revenue each year. Home to countless hip-hop artists and famed recording studios, including So So Def, Stankonia, PatchWerk, and more, the city also hosts the BET Hip Hop Awards, the Dirty South Awards, and the Trumpet Awards. Atlanta’s mayor, Kasim Reed, has also paved the way for the film industry to continue to prosper and grow in the city’s already burgeoning industry through appealing incentives. Strongholds like Tyler Perry Studios, The CW, and Turner continue to thrive, as the promise of more sits just on the horizon.

In a country where the demographics sit at 13% Black, Atlanta’s 54% Black population makes this sociological study, based on the outline above, even more relevant and important to document. Put simply, I seek to explore Atlanta’s past through reflection on the present.

“Too Busy To Hate” is a photographic sociological study of the cultural identity of the capital of the South. 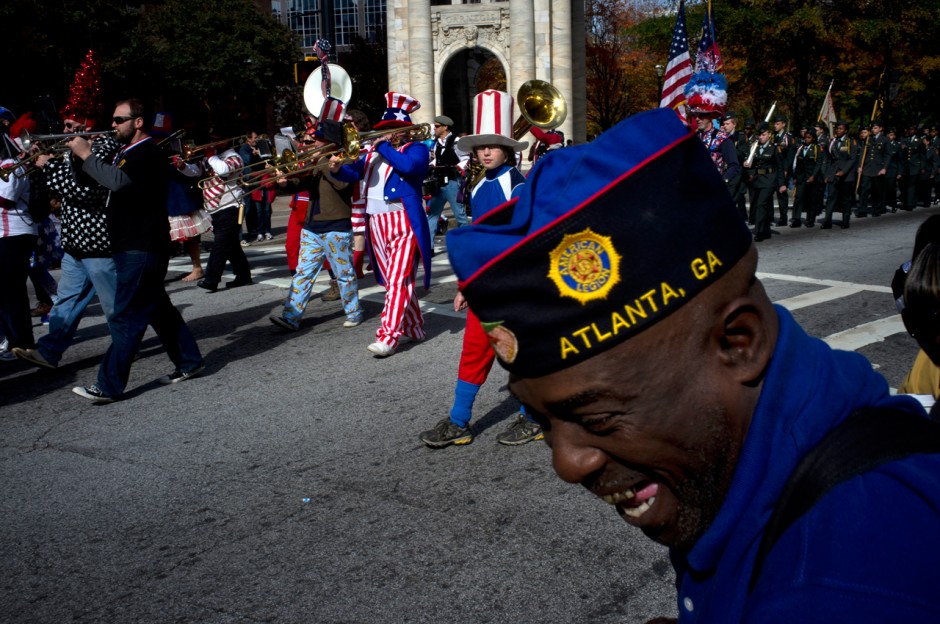 The Seed & Feed Marching Abominable struts down Peachtree Street in the heart of downtown Atlanta during the annual Georgia Veteran's Day Parade. 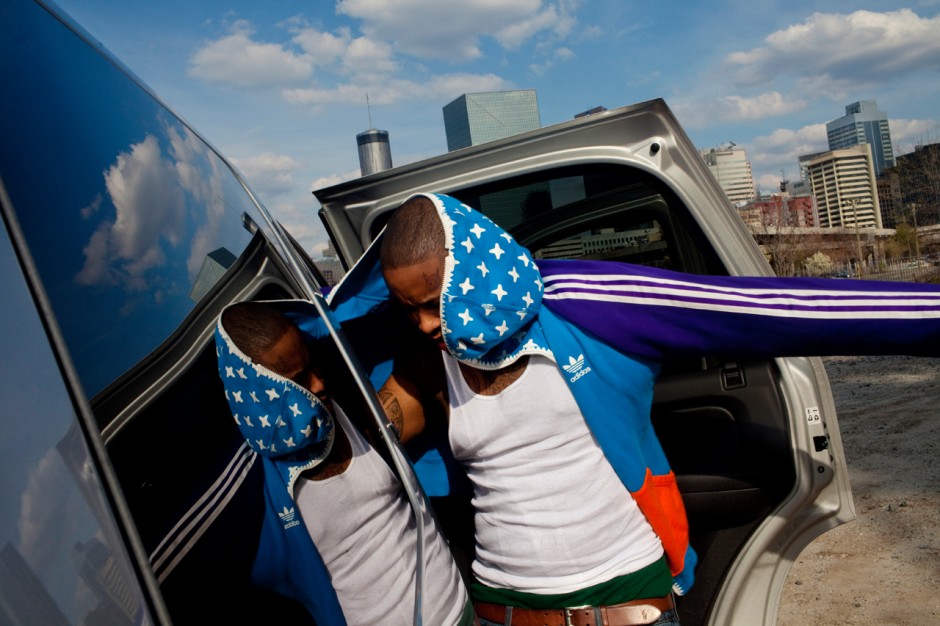 1017 Brick Squad producer South Side near the Georgia Dome in downtown Atlanta. 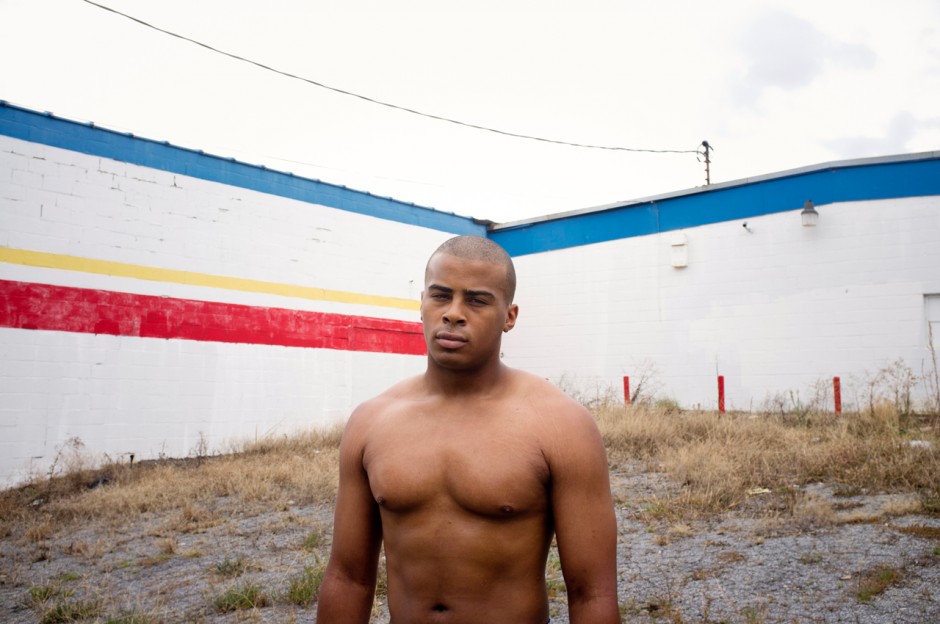 Nick Barrows on the side of Memorial Ave. in Atlanta's Grant Park neighborhood. Barrows, a Boston native, came to Atlanta for a friend's birthday and never left. "Atlanta just wouldn't let go of me," said Barrows. 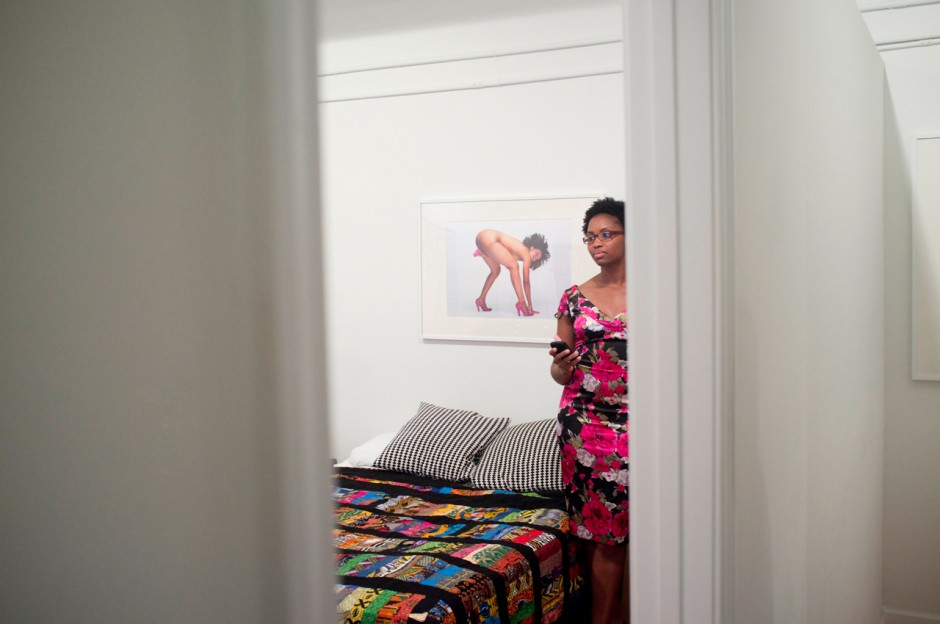 A young girl watches television in the bedroom at a loft party in Atlanta's Castleberry Hill arts district. 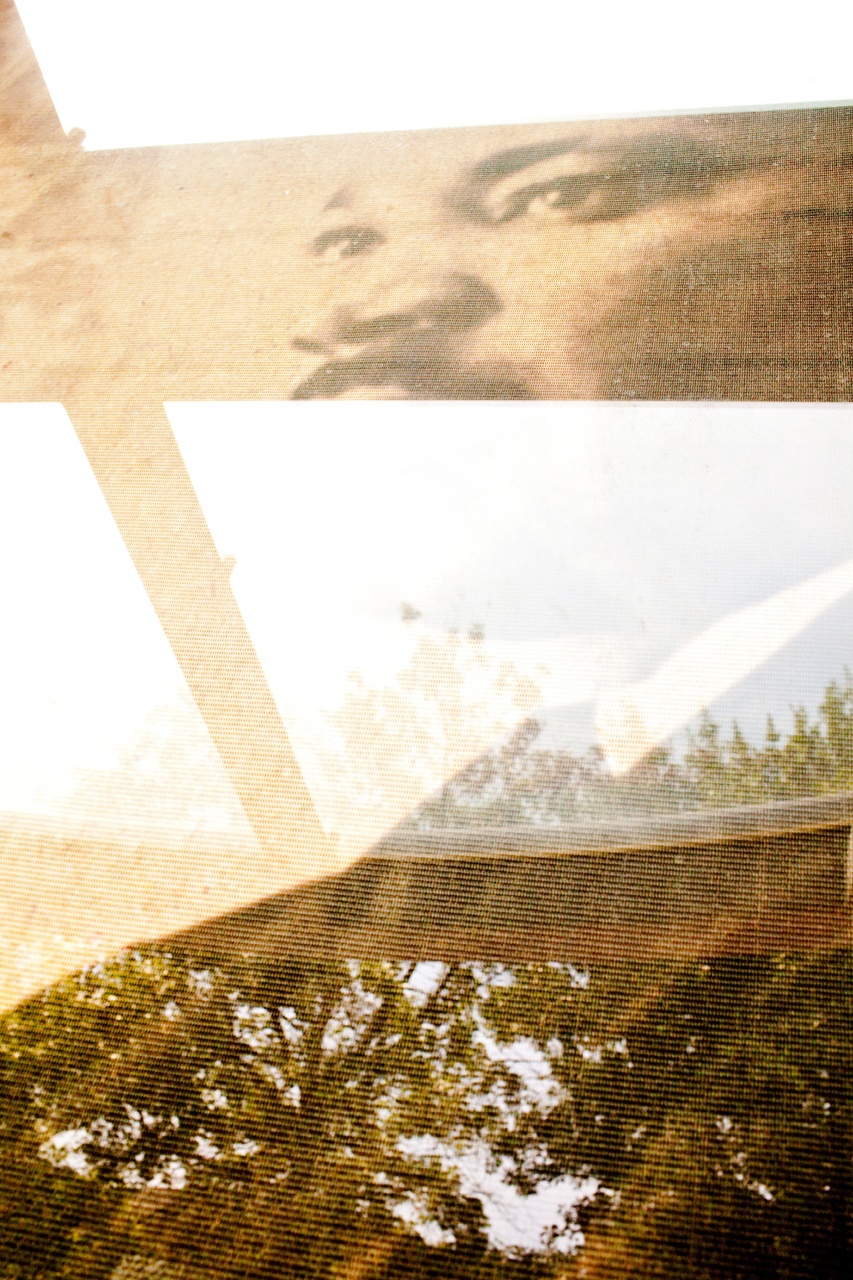 Reflections of Martin Luther King, Jr. in a storefront window in downtown Atlanta. 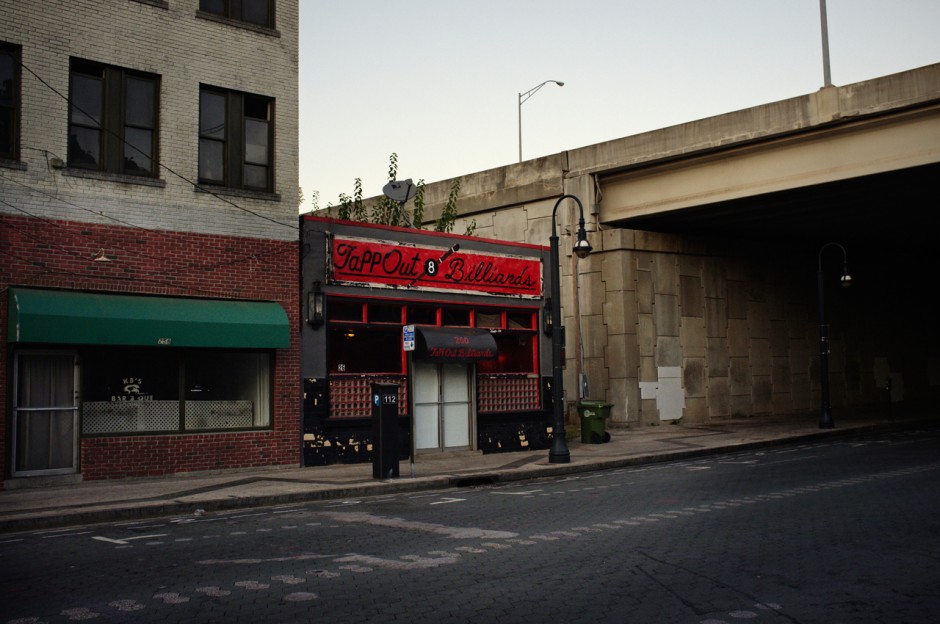 Tapp Out Billiards near the I-75/85 connector in downtown Atlanta. 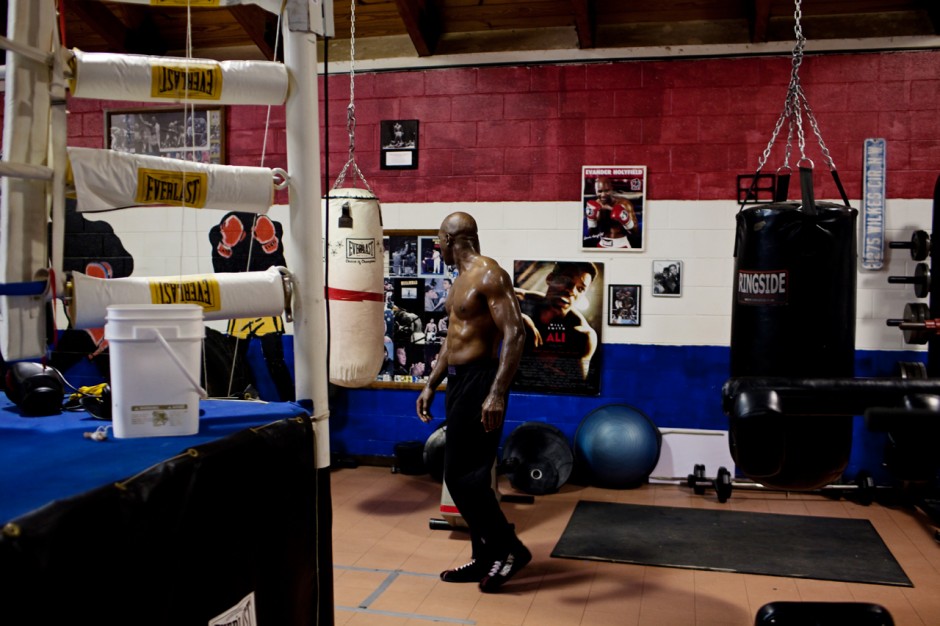 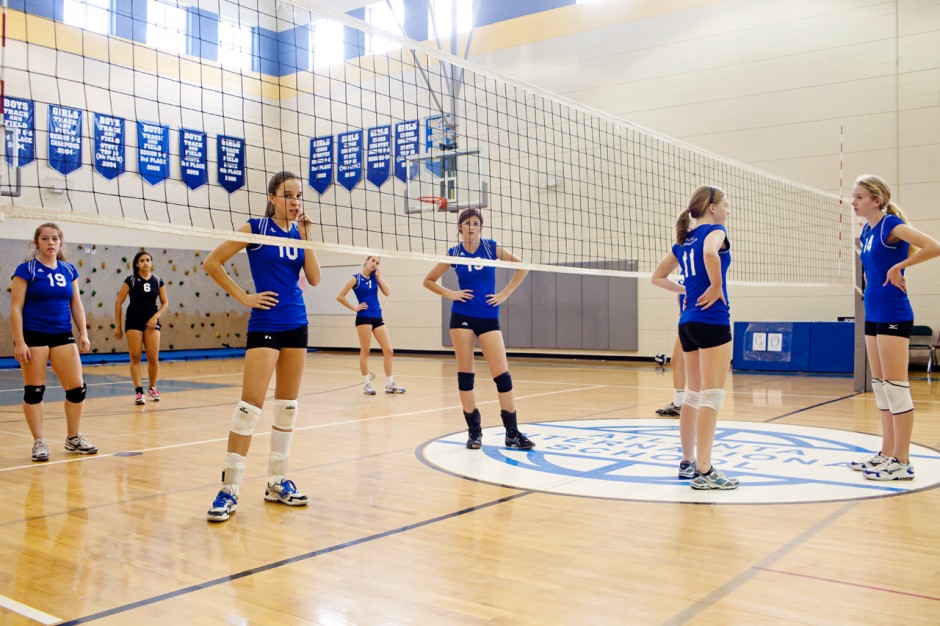 Students on the volleyball team practice in the school gym at Atlanta International School. 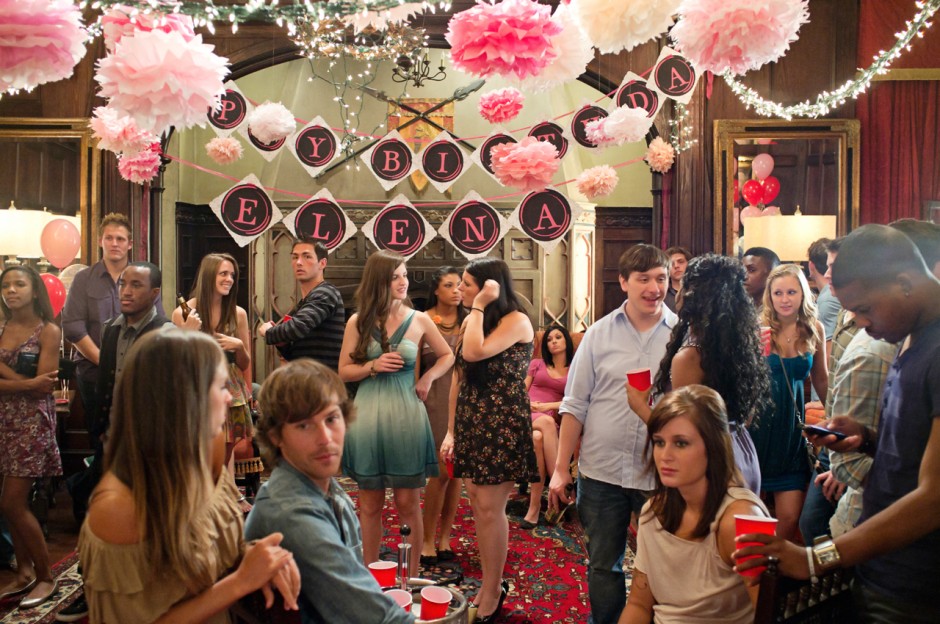 Extras prepare for a birthday party scene between takes on the set of The Vampire Diaries in a studio warehouse in Atlanta. 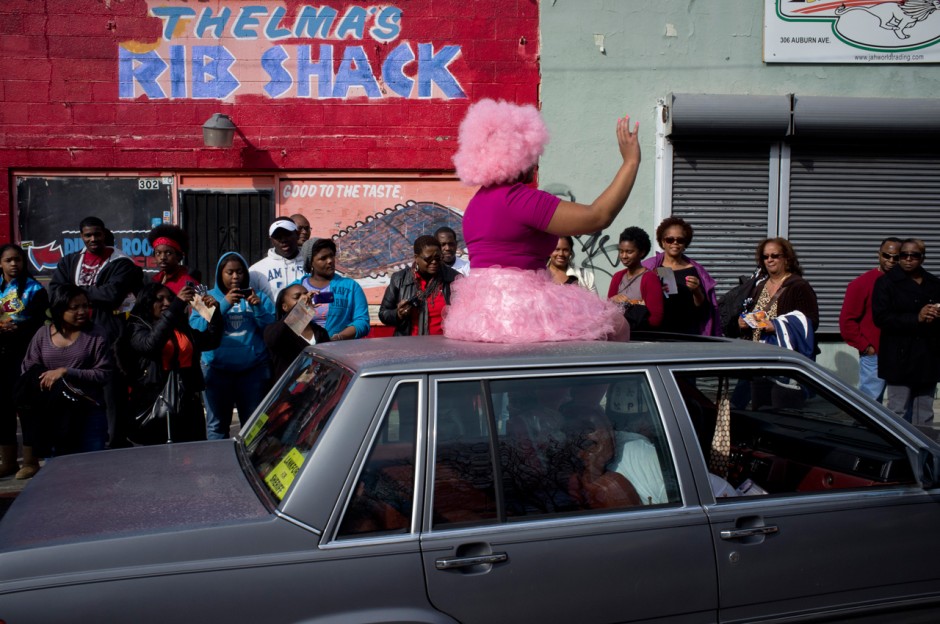 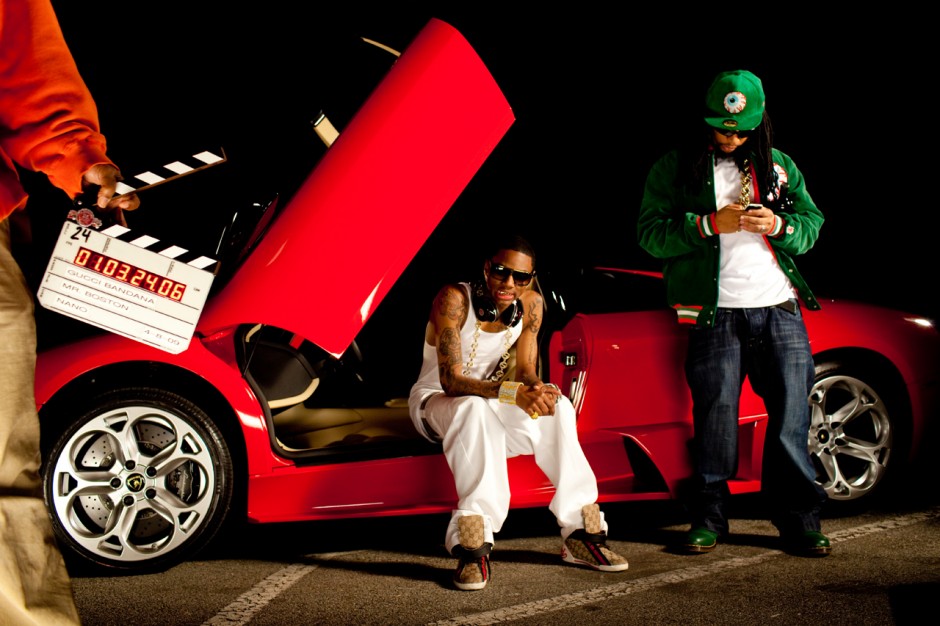 Soulja Boy and Lil Jon on the set of the Soulja Boy music video for "Gucci Bandana." 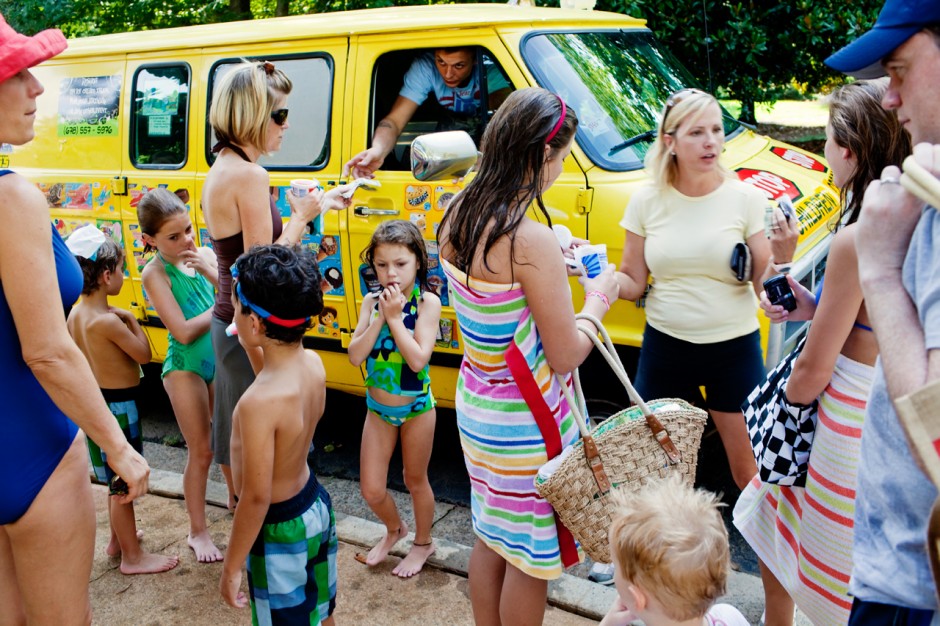 A crowd gathers around iScream, Giedrius Gatautis' ice cream truck company, at one of the pools on his route in Marietta. 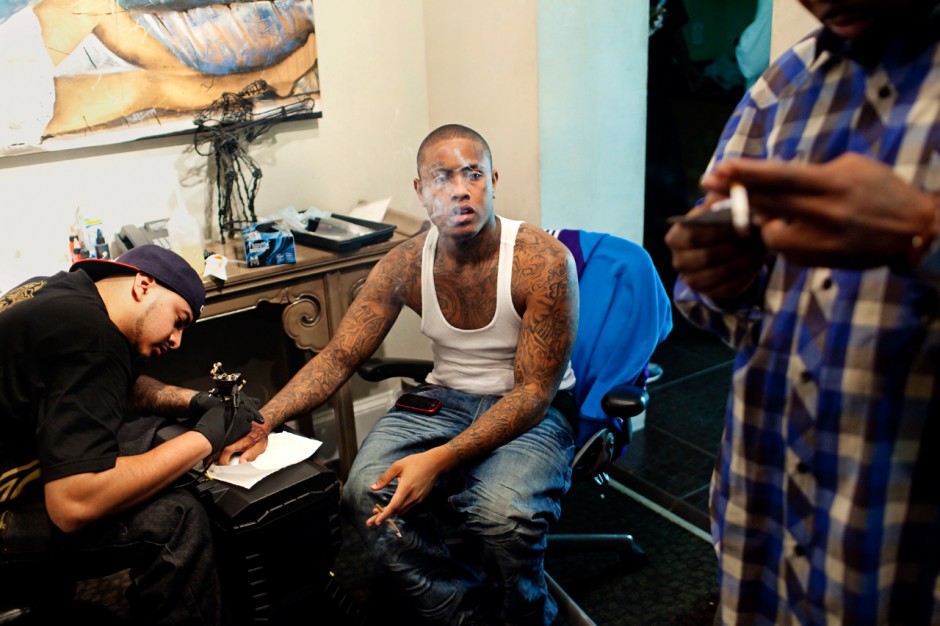 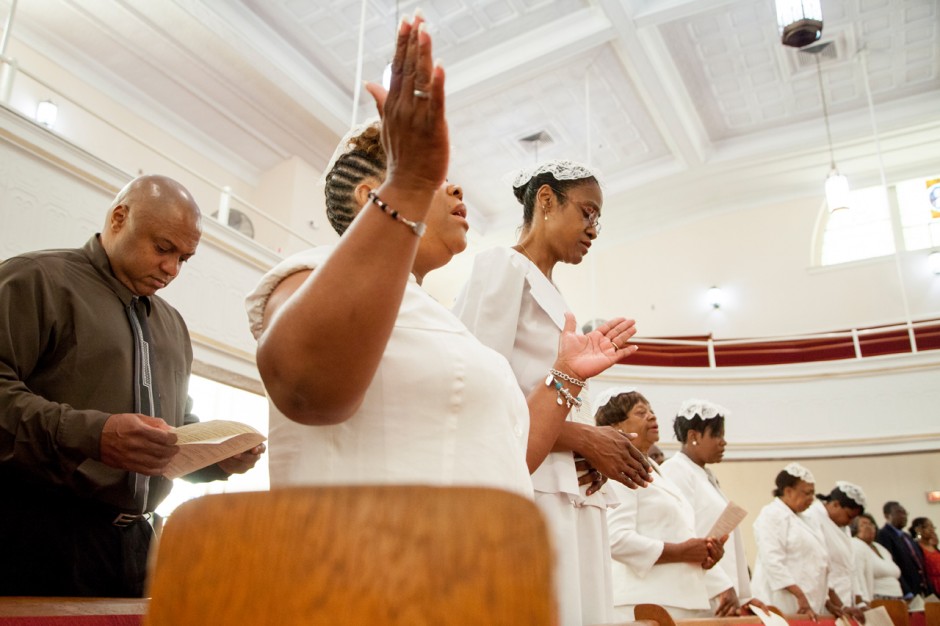 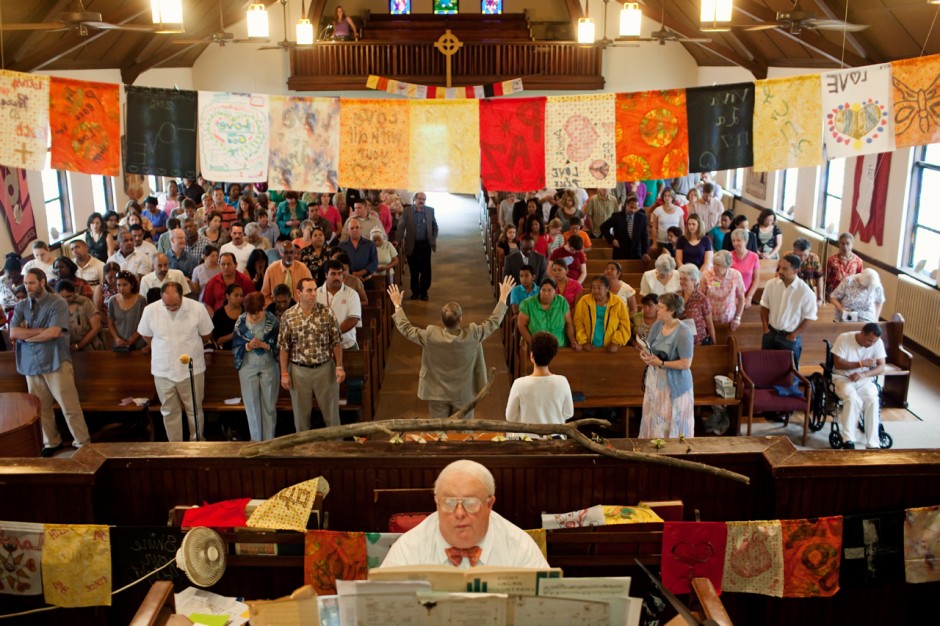 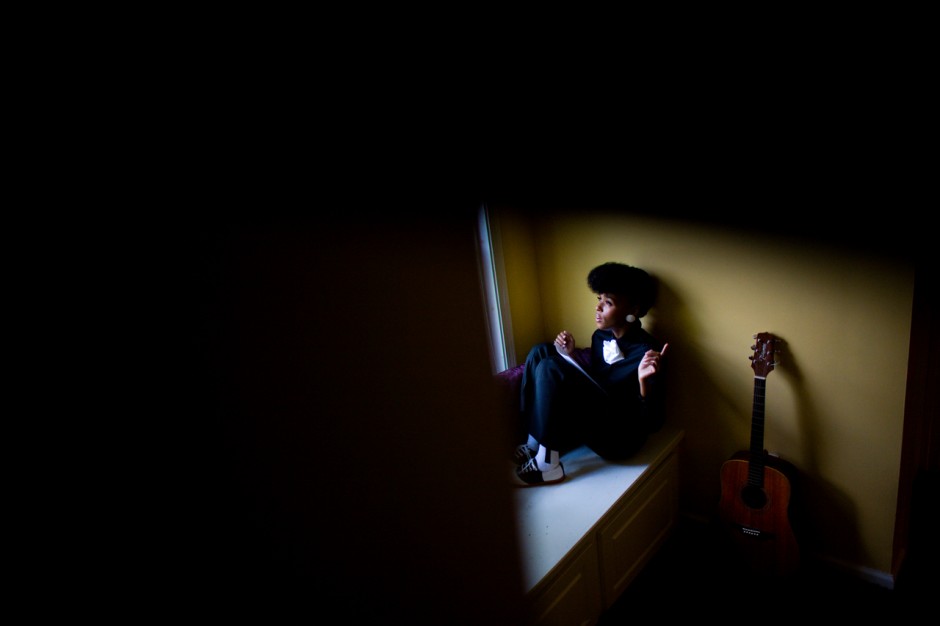 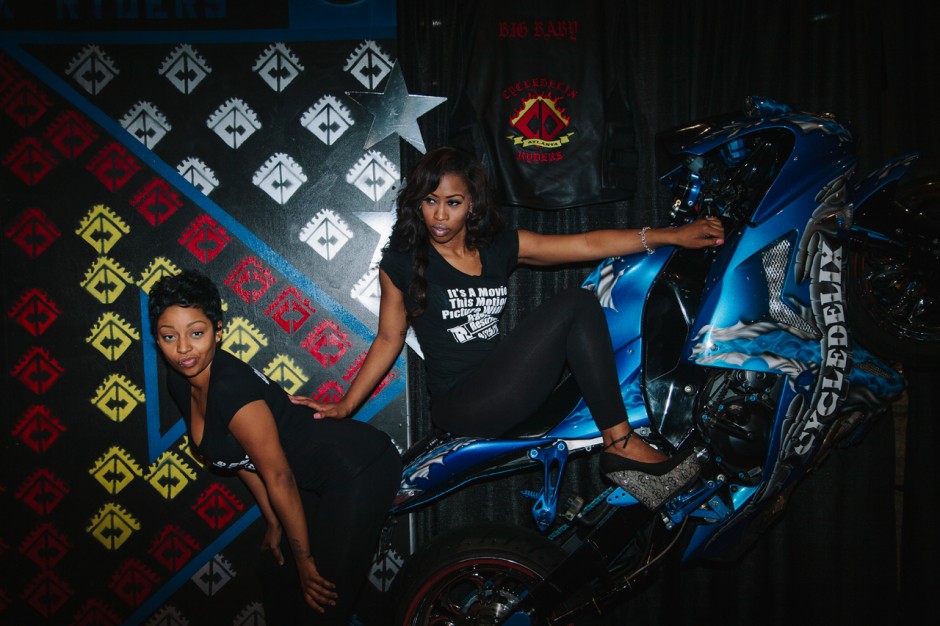 Models pose on the Cycledelix Ryders display booth at the V-103 Car & Bike Show at the Georgia World Congress Center in downtown Atlanta. 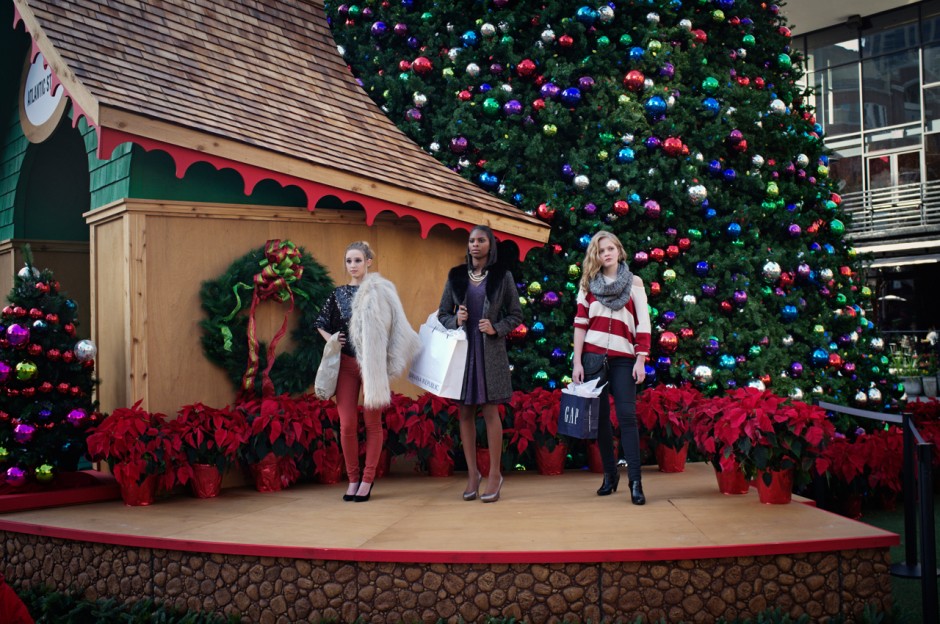 Models pose on stage as part of the Christmas display at Atlantic Station, a planned shopping and housing community in downtown Atlanta. 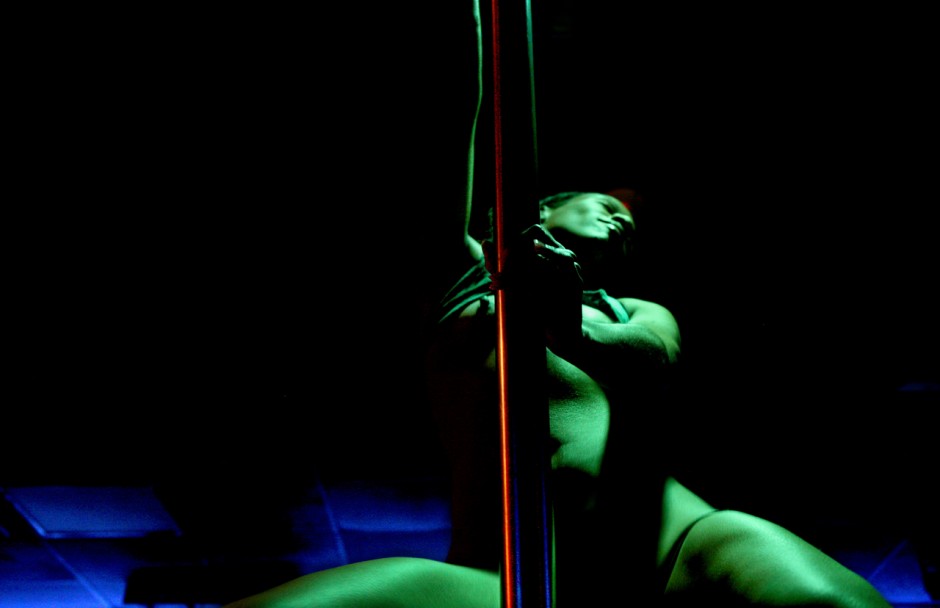 Monica, aka Honey, performs at the Blue Flame strip club in South Atlanta. 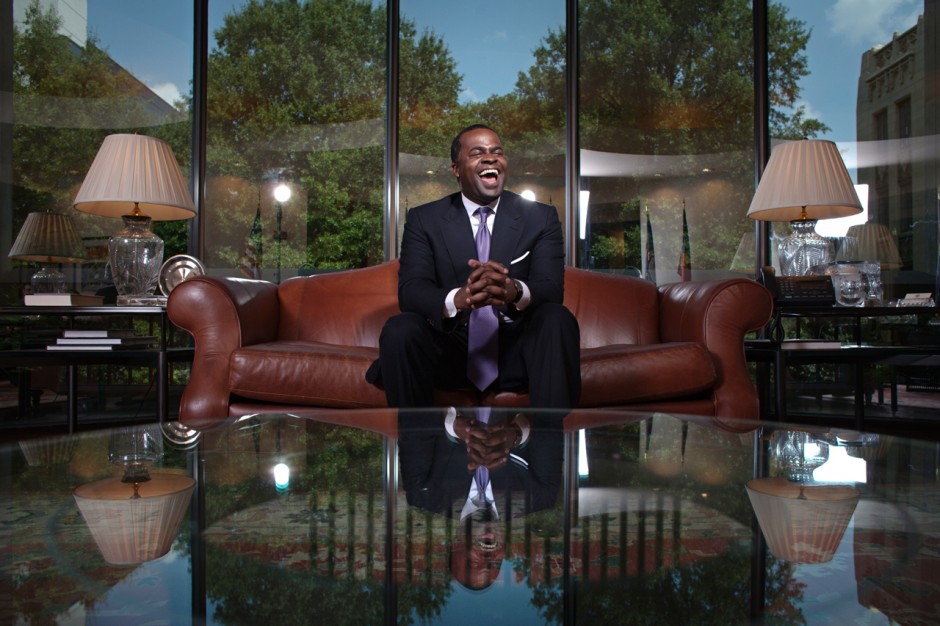 Atlanta Mayor Kasim Reed in his office inside of City Hall in downtown Atlanta.

Tagged
Atlanta, GA, United States
What did you think of this story?
Meh
Good
Awesome