It took a long time for Spanish primatologist Magda Bermejo to win the trust of the Ndzehi people, which had worn thin as they’d watched western lowland gorillas in the Congolese rainforest being poached, hunted for trophies, or shipped off to zoos. But once she’d earned their respect, the Ndzehi packed up their whole village and moved with Magda to Lossi, home to the largest population of gorillas in Congo, to help her with her research. Their intimate knowledge of the rainforest and gorilla-tracking skills proved invaluable to Magda’s work.

There are today estimated to be 20,000 of these intriguing primates in Congo’s Odzala National Park, where two ecolodges — Lango and Ngaga — have just opened to give travelers a chance to see these rare primates in a pristine and little-known wilderness.

Sophie was a guest of Go2Africa on this trip; all words and photos are her own. 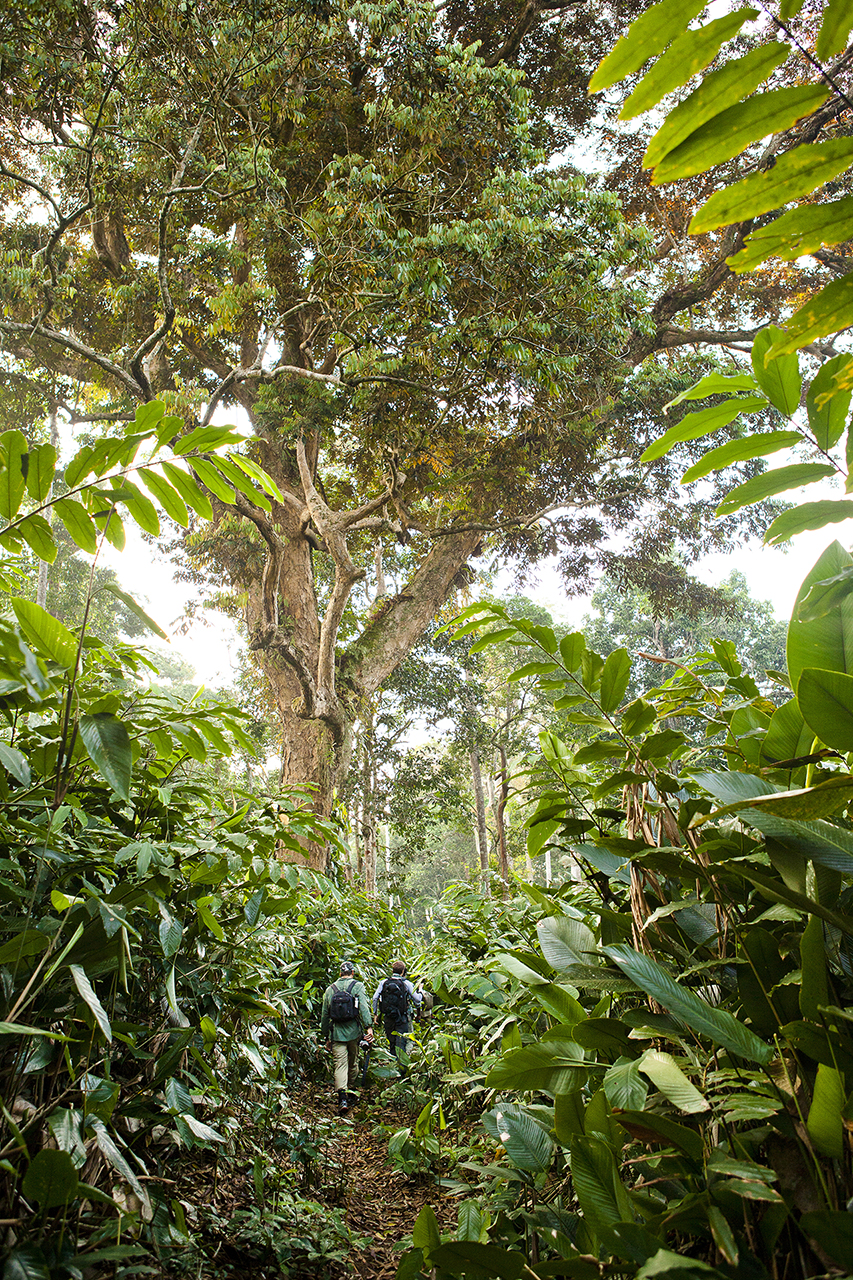 Before sunup, the trek begins, led by Calvin, an experienced tracker. The day before, Calvin had left silverback Jupiter and his family at a nest only a few miles from camp, but he knows gorillas can move as far as six miles in three hours, so it’s critical to get to their last-known nesting place while the trail is still fresh. To navigate their way through the dense foliage, Magda and the trackers have created a large network of paths through the tall marantaceae, or arrowroot plants, dividing the rainforest into a patchwork of vivid green. 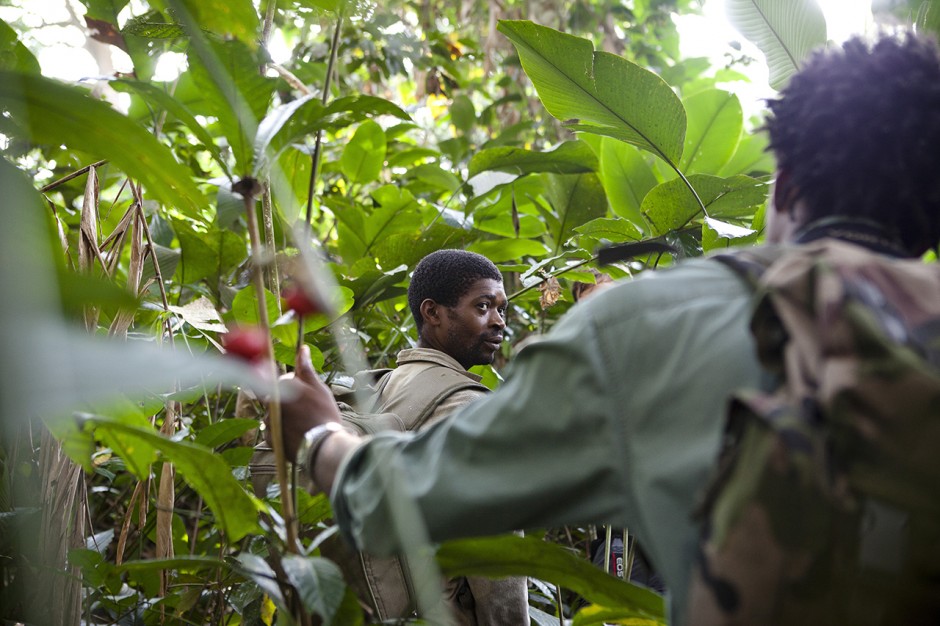 The gorillas move so effortlessly through marantaceae that trackers describe it as "swimming through the leaves." This means Calvin and Karl often lead us off the path into the undergrowth, communicating under their breath in French. The closer we get to Jupiter and his clan, the quieter we must be. 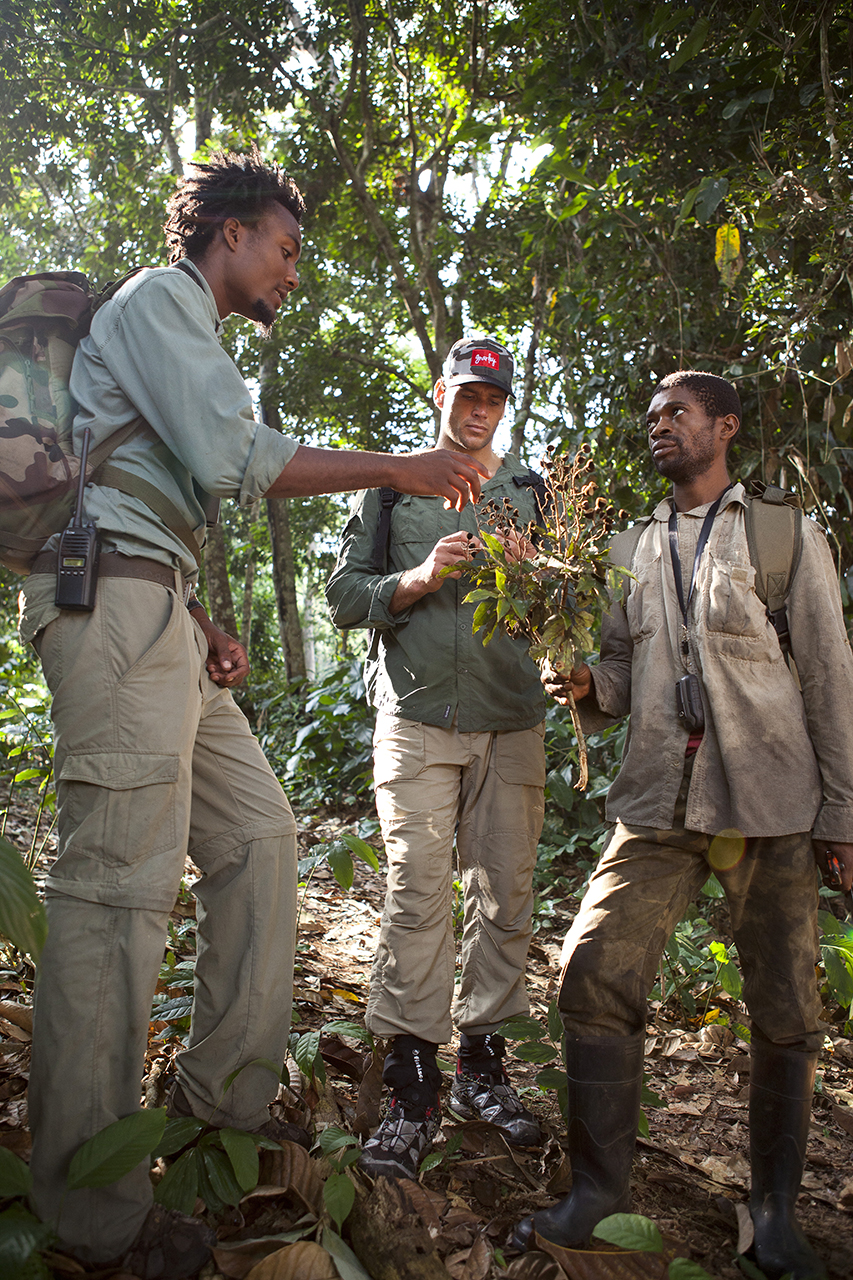 Suddenly, the trail seems to go dead. "They're playing with us today," says Calvin. He scans the ground for upended roots, discarded fruit, or seed pods, spoor, and broken arrowroot stems, listening intently for the telltale rustle of the stealthy primates. 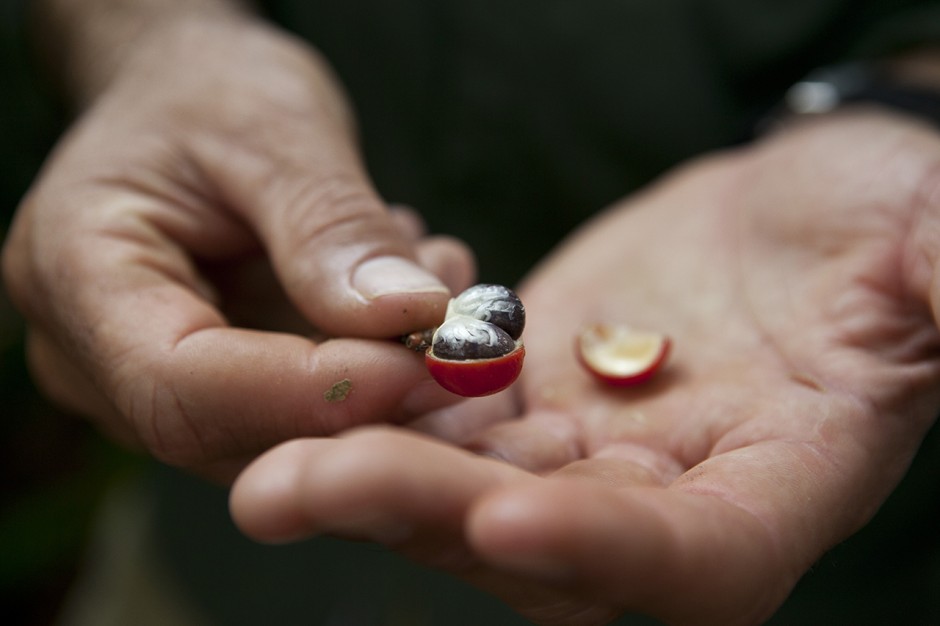 As he’s picking up the trail again, Karl shows us the surprisingly tasty fruit the gorillas feed on in the dry season. 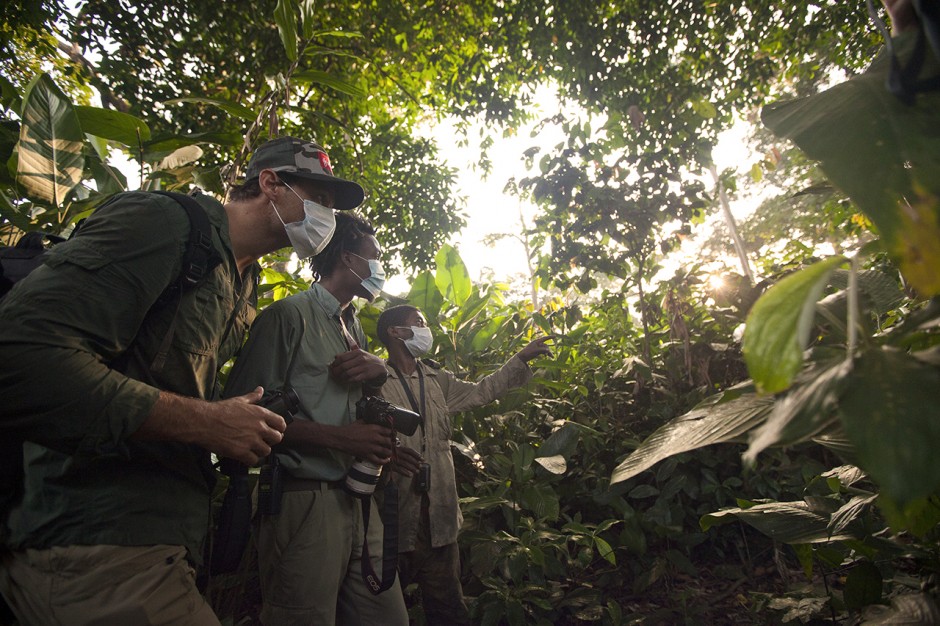 When Calvin senses the group is nearby, Karl immediately reminds everyone to put on our masks and get our cameras or binoculars ready. To prevent another tragedy like the 2002 Ebola outbreak, masks are compulsory. Magda explains that regulations require us to be at least 26 feet from the gorillas at all times to ensure they remain wild and uninhibited. 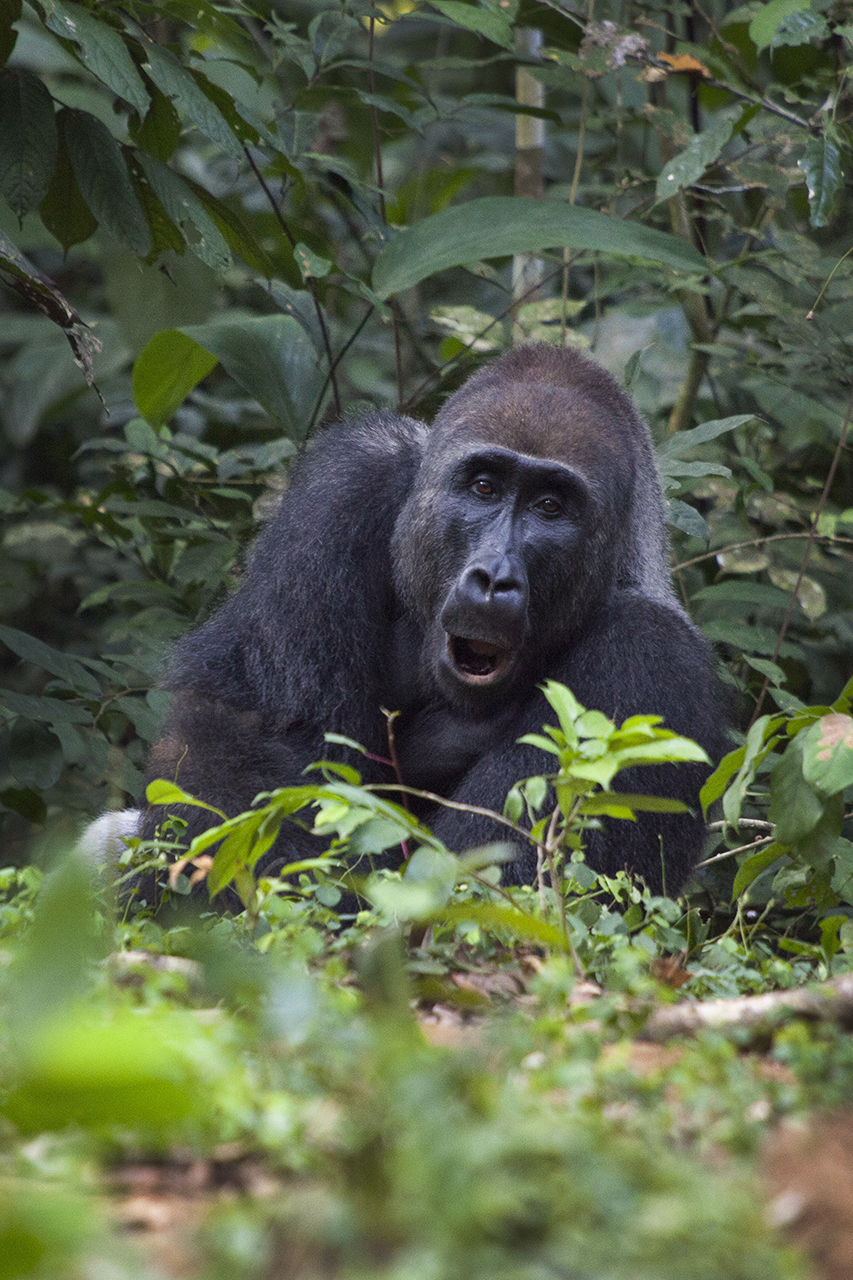 Unexpectedly, adult male gorillas are usually very shy. There’s only one silverback per family, and Odzala is the only place on earth where groups can be as large as 20 or more individuals. When a young male has matured, he leaves his own family and heads out alone to start a family of his own by impressing females from other families and enticing them to join him. Neptuno, the silverback Magda and her trackers have been working with in their habituation program, is rather skittish at the moment as there's another young male in the area vying for ‘his’ females’ attentions. 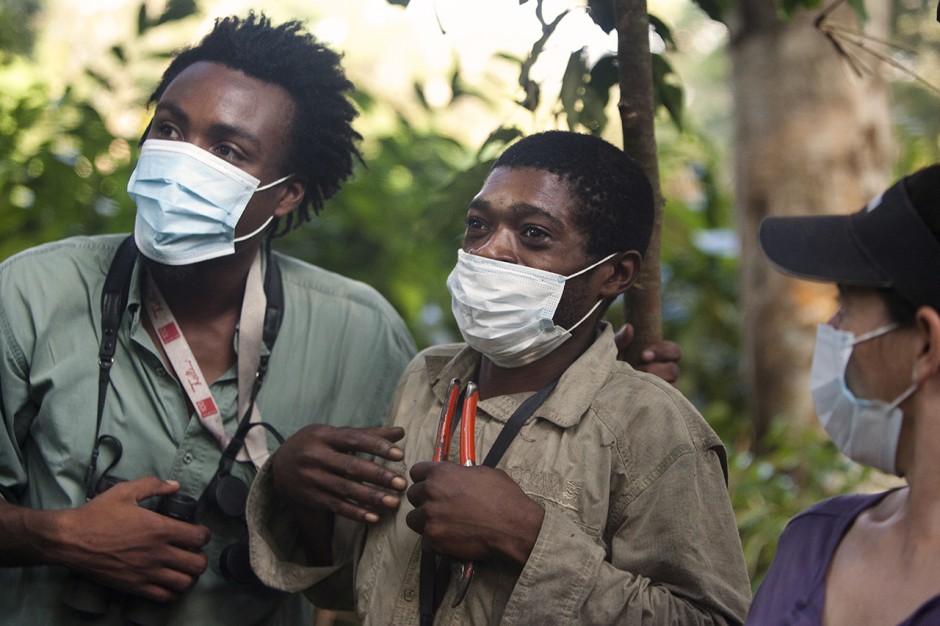 Karl and Calvin whisper excitedly about the gorillas’ amusing antics in the clearing and point out a newborn. Calvin’s eyes shine with excitement as he mimics the baby and chuckles quietly to himself, borrowing Karl’s binoculars to get a closer look. His favorite part of his job is not only being able to share his excitement with guests but also feeling like he's getting to know each gorilla personally, their individual behaviors, reactions, and movements. Magda’s research is helping to close the huge gap in our knowledge about gorilla behavior and habits. 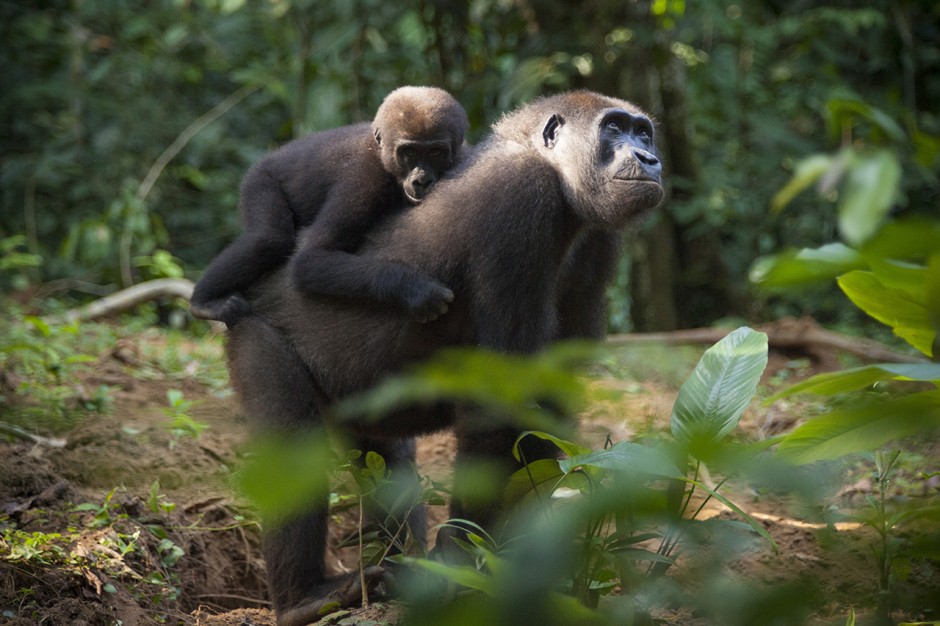 Once Calvin spots the gorillas, the viewing is limited to an hour, and the time flies by. It’s hard to leave the group, with such vivid personalities and characters; it only takes an hour to feel like you've gotten to know them. Without the pressure to find the gorillas, the walk back to camp is much slower than the early morning trek, with time to reflect on the experience and stop and look at all the signs and tracks Calvin spotted on the way in. 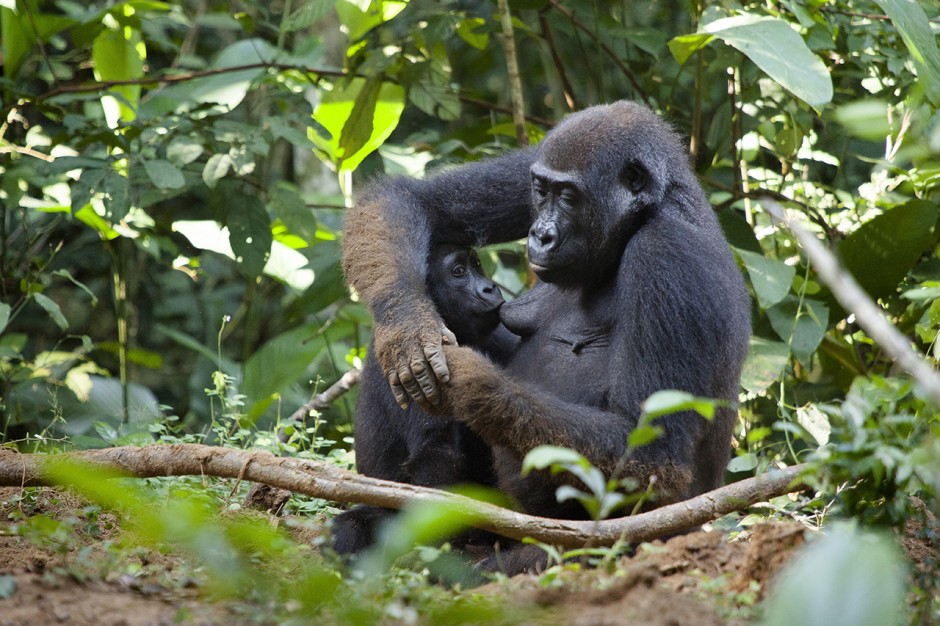 A stay at Ngaga camp usually entails two treks, and, in Karl's experience over the past three years in Odzala, it usually takes two attempts to get a good sighting. The second morning of trekking takes us far from camp in search of gorillas. We’re led by Zepherin, silent but sure as he forges new paths with his machete and secateurs through thick marantaceae, over fallen trees, through rivers, and even through a nest of fire ants that bite everyone but him. But the toil is worth it as he leads us into a dappled clearing where we spend an hour watching the gorillas romp and play-fight in the trees, dig for roots, and nurse their babies. 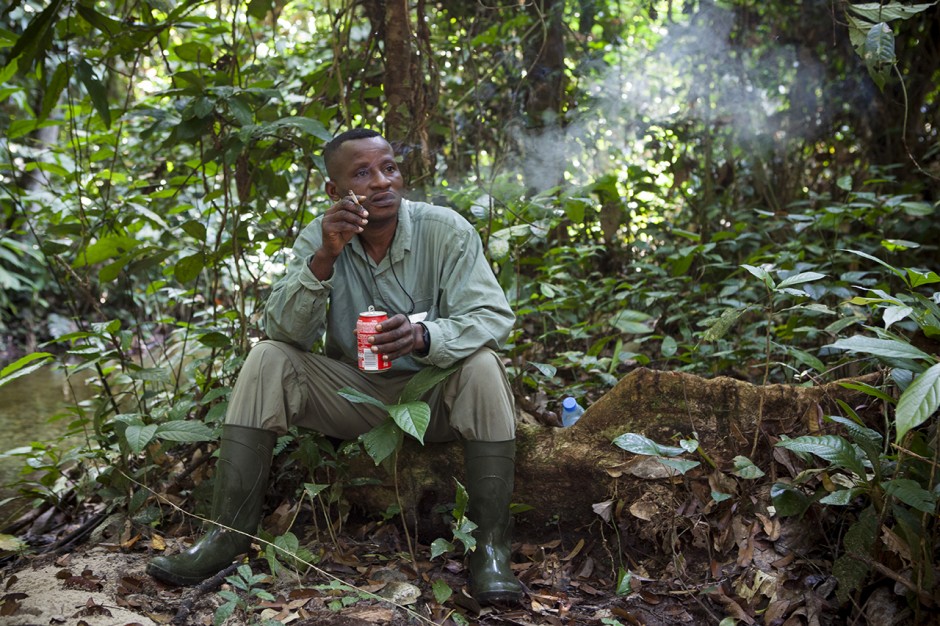 After a long trek, well off the beaten path, and an exciting encounter with Neptuno and his family, Zepherin watches quietly from the sideline as we excitedly discuss our awe-inspiring experience. He was the first tracker to work with Magda on her arrival in Odzala and has been tracking gorillas with her for the past 15 years, building up a prodigious knowledge in that time. 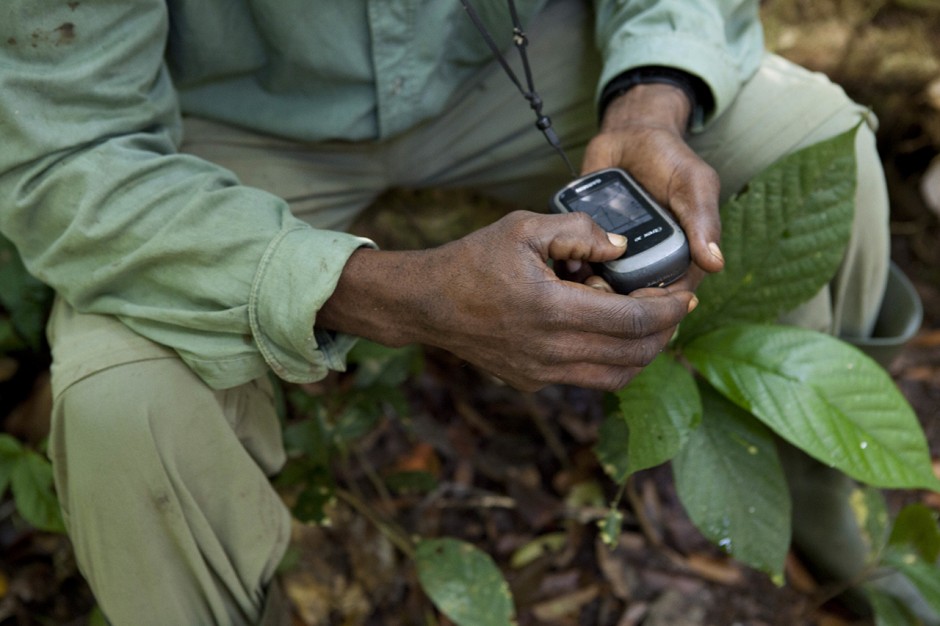 The trackers combine local knowledge and rare skills with modern technology to ensure they keep track of the primates. The respectful balance between tradition and technology is rare. Zepherin logs the location of the gorillas on his GPS so he can return to the same spot in the afternoon and follow them until they make their evening nests. He'll then return to the nest the following morning and track them from there to make sure he can locate them fairly easily for research purposes and for when the next group of guests arrives. 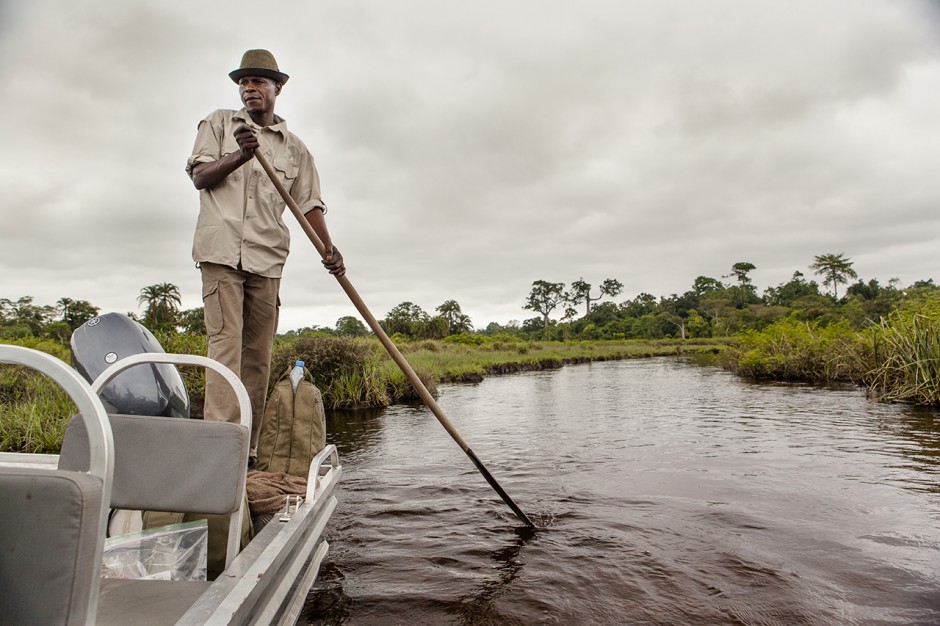 Leaving the forest and driving south, the landscape slowly changes—the trees are less dense, interspersed with grasslands and a system of rivers and swampy mineral deposits known as bais. It's here on the water that tracker Rock is happiest. Rock joined Lango as a boat operator; he handles a boat with ease, poling slowly down the river, scanning the banks for small crocodiles, monitor lizards, birds, and larger mammals like elephants or buffalo. But his keen eyes really light up when the opportunity arises to throw open the throttle and navigate through the water at top speed! 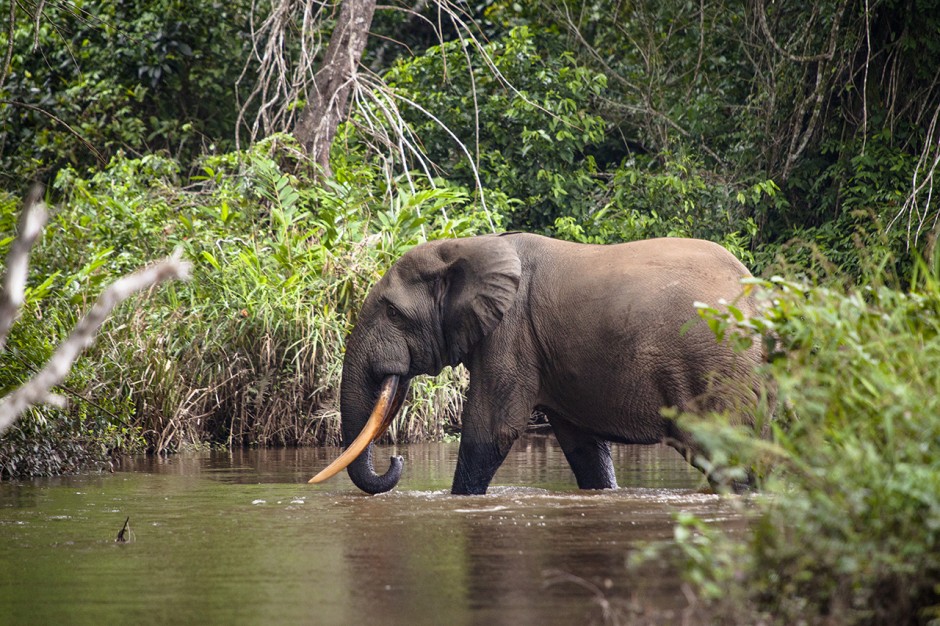 As the boat drifts downriver, Rock spots a shy African forest elephant disappearing into the reeds. Without wasting any time, he stows his pole and fires up the motor, turning the boat and navigating quickly but carefully through a network of narrow channels—just in time to see the very same elephant emerge from the reeds and slowly cross the channel.

It soon becomes clear that Rock isn't just a talented captain but a skilled tracker, too. He leads the way through forest, savannah, and waist-deep water, pointing out the smooth spots on the tree trunks where elephants have had a good scratch, the beehive in the treetops, and putty-nosed monkeys long before anyone else. 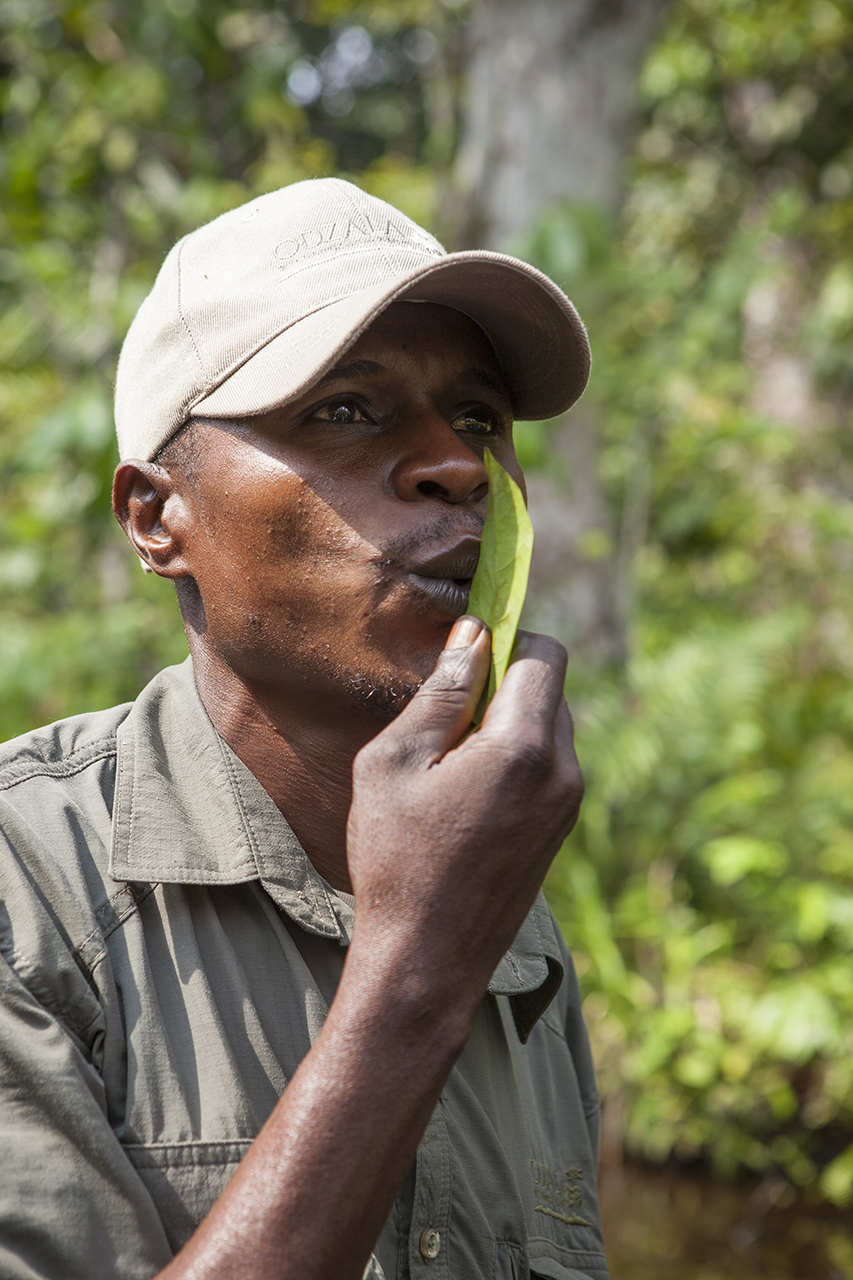 To tempt the monkeys closer, he picks a large leaf and uses it to imitate the call of a crowned eagle—their natural predator—and strangely enough the surest way to draw them out. 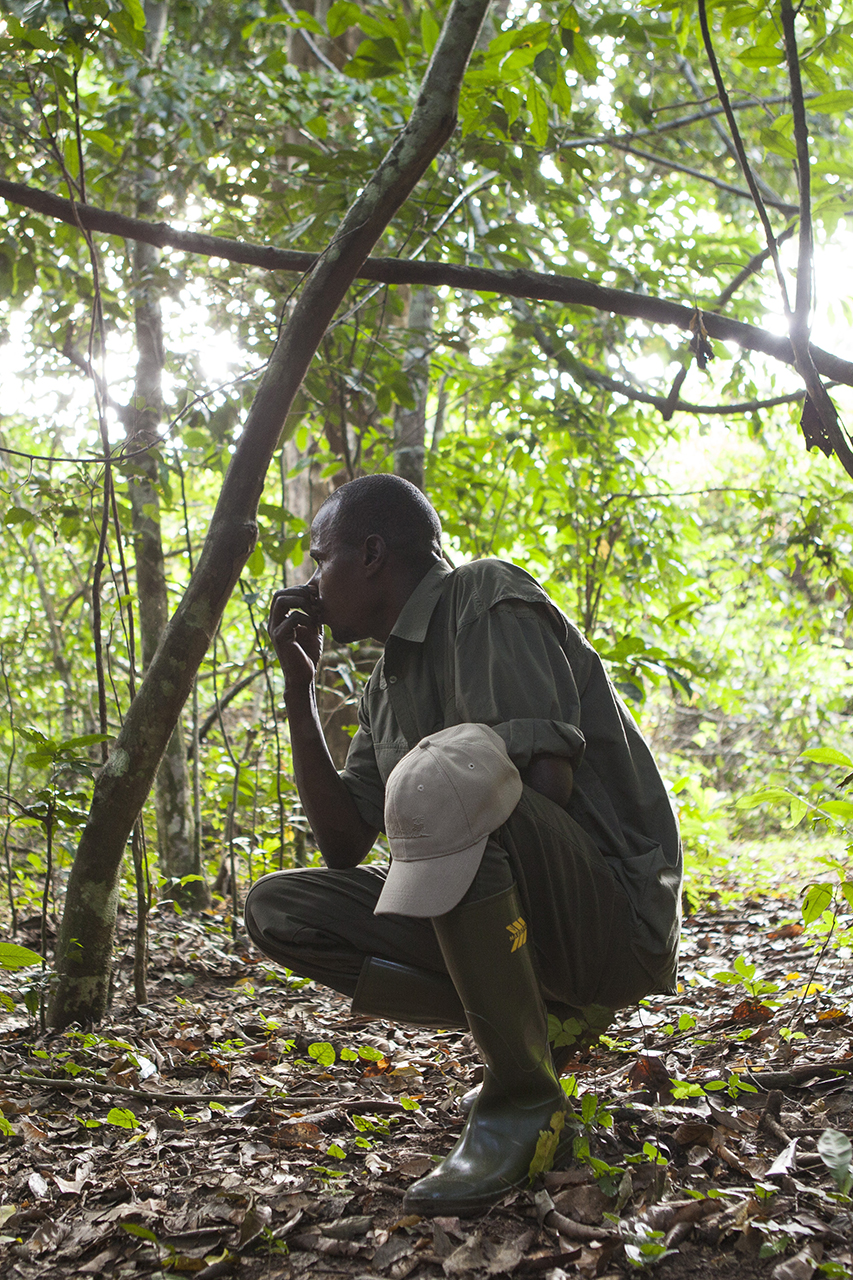 In the hopes of attracting a duiker, a small, shy forest deer, Rock lets out a piercing imitation of a duiker in distress. Although it doesn't result in a sighting, it does result in lots of laughter as we all try blocking our noses and squealing like duikers. 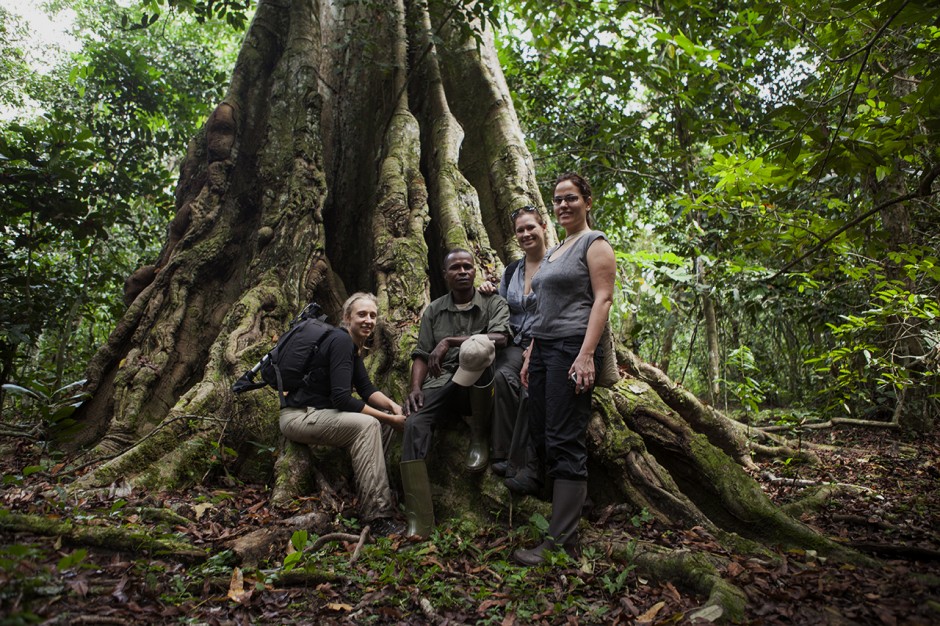 Rock hopes to learn English and become a guide himself someday, but, despite the language barrier that exists, his love for the natural world and his excitement to share that with us is so evident and infectious. Wherever Rock goes, his trusty red Nikon camera goes too, and he insists on having photos taken with every group of guests he has. He says he's excited about the evolution and development of Odzala and about playing his part by sharing what he knows with the guests at Lango. 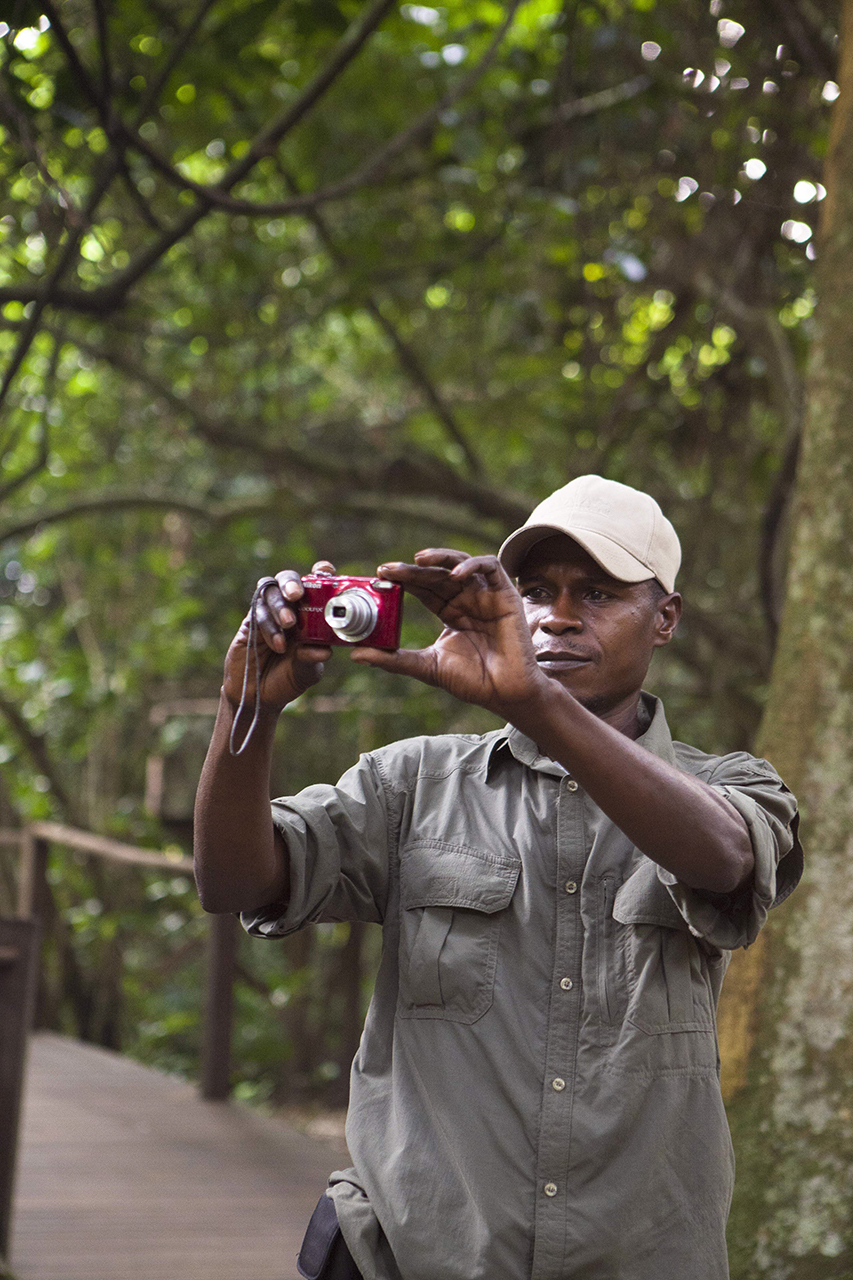 As we reluctantly leave Lango, Rock waves us goodbye and takes one last shot on his Nikon as a memory of his new friends.

Republic of the Congo

The Politics of International Adoption: 5 Countries Ranked on How They Treat Orphaned Kids

Emily Hahn: The Opium-Smoking Author Who Lived With Pygmies in Congo