Make greener choices on your next visit to Milan for a richer, more connected experience.

Though green is not the color that usually comes to mind when you mention Milan, it is quickly becoming a hotspot for green activity. In January 2008 the Milan mayor introduced the “Eco-pass,” a toll that older cars have to pay to enter the center of Milan to discourage traffic within city walls.

Milan is a city that is navigated wonderfully without a car, though having access to one may be helpful on weekend trips.

The Milan Malpensa airport is located about 50 minutes away from the city center and is Milan’s biggest airport. Upon arrival, you can choose between a bus shuttle service, a train which are cheap and convenient alternatives to taking a (fixed price) 70-euro taxi.

Two different bus companies leave every 15 minutes to the Central Station (with a stop at the Convention Center). Upon arrival you can easily take the Green (M2) or Yellow (M3) metro lines, or several bus lines. The Malpensa Express train service leaves every 30 minutes and arrives at Cadorna Station, where the Red (M1) and Green (M2) metro lines are, or walking distance to the heart of the city.

Milan Linate is the smaller airport closer to the city. A taxi will cost anywhere from 15-30 euro, depending on where you need to go. Otherwise a public bus (Bus 73) leaves regularly and for the cost of a regular bus ticket, 1 euro, you can exit the bus near the Duomo (Piazza San Babila) in about 15 minutes where the Red (M1) and Yellow (M3) metro lines are.

A private bus shuttle leaves every 30 minutes and makes the trip from Linate to Central Station. Orio al Serio in Bergamo is almost the same distance as Malpensa from Milan and is a good option for short trips. 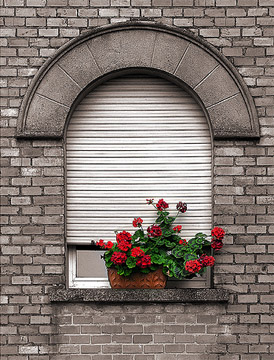 While Milan’s metro system can be considered relatively small with its 3 lines and regional trains crisscrossing the city, when combined with the bus and tram lines, it is extensive and relatively easy to navigate. Many bus stops now have electronic wait indicators. Take a mid-century tram ride to enjoy a throwback to earlier times.

ATM’s website has an excellent “Calculate Path” function that helps you discover which public transportation will get you from one point to another. Bicycles can be brought onto the metro but only on weeknights after 8pm and on weekends.

Milan’s bicycle-sharing program, similar to Paris’s Velib, is currently promised by the City Hall to be in effect in 2009. Still, there are already some 60km of pathways if you have access to a bicycle.

Be careful when riding in the city center as the tram rails can trap wheels and be just as dangerous as the traffic itself. Critical Mass Italy, the pro-bicycle group movement, also has a presence in Milan and gathers every Thursday.

If you’re going to be traveling in and out of Milan often, or for an extended period of time, you should definitely consider utilizing their CarSharing program supported in part by the Milan City Hall and ATM.

After you pay the low yearly fee (currently: 120euro per nuclear family), you can rent a car with less than an hour’s notice from several CarSharing depots around the city. Afterward, just pay by the hour and kilometer.

The wonderful thing about eating in Italy is that most dishes are made with simple, fresh ingredients, and celebrate vegetables and fruit in-season.

Slow Food was founded in Italy (and is also active in the US) as a statement against fast food, and they often have Slow Food events in Milan to expand your gastronomical horizons.

Slow Food publishes a book, “Osterie & Locande d’Italia: A Guide to Traditional Places to Eat and Stay in Italy” which lists restaurants throughout Italy that adhere to their principles. They also provide consulting for Eataly, based in Turin, which is billed as an Enogastronomic Marketplace and also has a small bottega in Milan in the basement of the Coin store at Piazza Cinque Giornate.

Shopping for fresh produce in an outdoor “mercato” market is one of the finest pleasures of being in Italy. Milan is full of outdoor markets that are active different days of the week and on most Saturdays. A complete list of markets is available on the Comune website, but two that are very good on Tuesday and Saturday are the large Mercato di via Papiniano (Metro: Porta Genova/S. Agostino) and Mercato di Piazzale Lagosta (Metro: Zara).

Natura Si is one of many health food stores in Milan, and most Italian supermarkets have sections of products that are considered biologico (organic) or equosolidale (fair-trade).

Happy Cow has a list of vegetarian restaurants and health stores in Milan.

If you’d prefer to have a home-cooked meal in someone else’s home, Home Food is an interesting alternative. Dine in a “Cesarine’s” home with other travelers. A temporary membership is available for non-residents and special dinners can be arranged for a minimum of 2 people.

A visit to Italy just wouldn’t be complete without gelato, Italy’s form of ice cream. When looking for your next scoop, be sure to get the most natural ingredients possible and look for produzione propria or artigianale to indicate it was made in-store.

On a beautiful day, Parco Sempione (Metro: Cordusio) will be full of joggers, families, and groups playing and enjoying a shade break under the many trees. This is also a good picnic spot if you’ve bought your own food. Giardini Pubblici Indro Montanelli (Metro: Porta Venezia) is slightly smaller than Parco Sempione but a stone’s throw from the busy shopping area on Corso Bueno Aires with plenty of benches for a picnic lunch.

Further away from the center, the very large Parco Nord offers many green spaces. Parks.it has a listing of all parks in the area. A quick train ride to Lago di Como or Lago Maggiore will have you surrounded with green.

Attached to the Parco Sempione is Castello Sforzesco, inside of which are several museums. From there you can make use of the zona pedonale or pedestrian zone stretching from Via Dante in front of the castle to the Piazza del Duomo and its surrounding area. The Leonardo DaVinci Science and Technology Museum (Metro: Cadorna) often has exhibits related to the environment.

While you’re out and about, you will notice there are several receptacles for trash and recycling. In many cases, their bags are color-coded to distinguish from Milan’s regular (and in this case, confusing) green trash containers.

If they are not color-coded or labeled in English, you can tell where to throw by noting these translations: Carta (Paper), Plastica (Plastic), Aluminio (Cans) and Vetro (Glass).

Another recent introduction in the metro are the free quotidiano newspaper recycling containers called salvagiornali, which in their first year, are purported to have saved 1 million kilos of newspaper. Take the time to throw your newspapers in these designated containers.

Renting an apartment instead of staying in a hotel will have a positive effect on all around you as you can control the amount of water and electricity being used as well as how often you change linens. You can also prepare simple meals at home using local produce.

Slow Travel is an organization that advocates “slow” vacations and staying in one place for an extended period of time to immerse yourself in the culture.

Click here for more blogs, local experts, organizations, jobs, and volunteer opportunities in Milan as well as other places throughout Italy.

Tagged
Parks + Wilderness Milan, Italy
What did you think of this story?
Meh
Good
Awesome

How one wildlife photographer captured this award-winning shot For the perfect day of hiking and Colombian coffee, head to Jardín 8 animals that take hallucinogenic drugs and enjoy it RVs are the way to travel this summer. Here’s where to hit the road. The secret islands of the River Thames that tourists don’t know about

Fourth of July events around the world