Waorani, a clan-based hunter-gatherer tribe of the Amazon, can smell a pack of huangana, or white-lipped peccary, before any of the animals have even appeared, and even after they have passed. Huangana travel in large packs, with sometimes as many as 80 or 100 animals. For the hunting cultures of the Amazon, huangana embody the bounty of the forest. One adult huangana can provide food for an entire family for several days. Skilled hunters can often kill several, although tradition dictates that the balance of forest life must be respected and hunters should only kill as many animals as they truly need.

When a pack of huangana passes by, it creates a moment of sheer excitement: the smell of the animals, the sound of their feet rustling through the undergrowth, their noses rooting up the soil, their teeth chomping and cracking wild coconuts. The Waorani hunters grab their guns and spears and sprint into the woods after their prey.

I was in the community of Yawepare when a pack of around 80 huangana crossed the oil road from one section of forest to another. Two Waorani, Ocata and Rafael, grabbed their shotguns and pursued them into the woods. They killed two and captured a baby. They would have shot more but they only had two shells. Because of government prohibition, ammunition is hard to come by in the Ecuadorian Oriente and is very expensive. 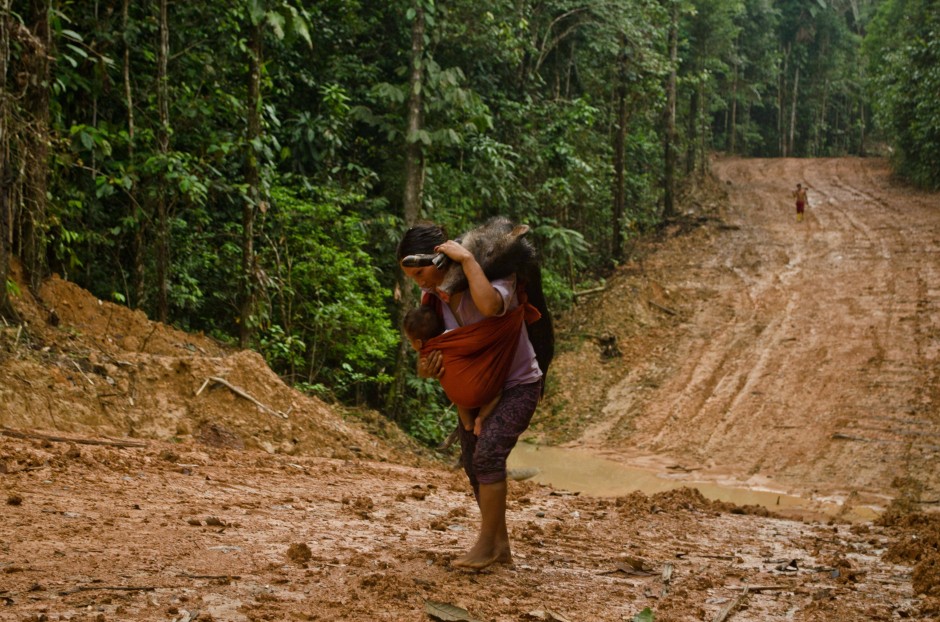 The photo above shows Rafael’s wife, Obe, as she carries a full-grown male huangana out of the woods and uphill along a muddy oil road. In Waorani culture, the hunter never carries the animal he has killed. This leaves much of the heavy lifting to the tough-as-nails Waorani women. Obe gently cradles her baby with one hand with the heavy peccary slung over her shoulder. 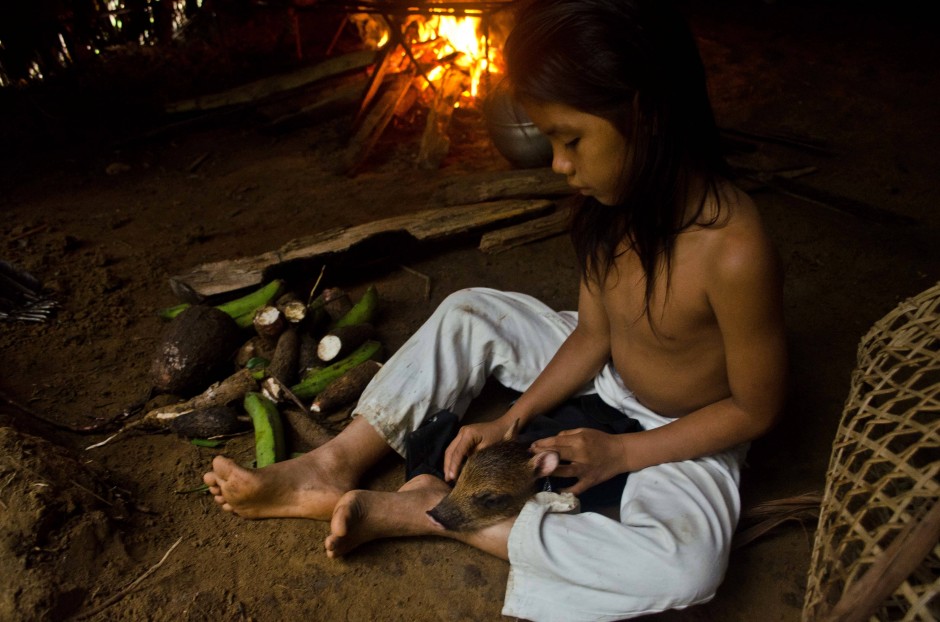 Sitting around a fire in the traditional long house, we shared a meal of huangana meat, cooked plantains, and yucca, laid out on banana leaves on the ground. Everyone was happily reaching into the pile of food, pulling out steaming chunks of meat while talking and laughing. For the Waorani, this is a slice of the good life: plenty of food, family, a nice fire, and a well-built roof to keep the rain out. 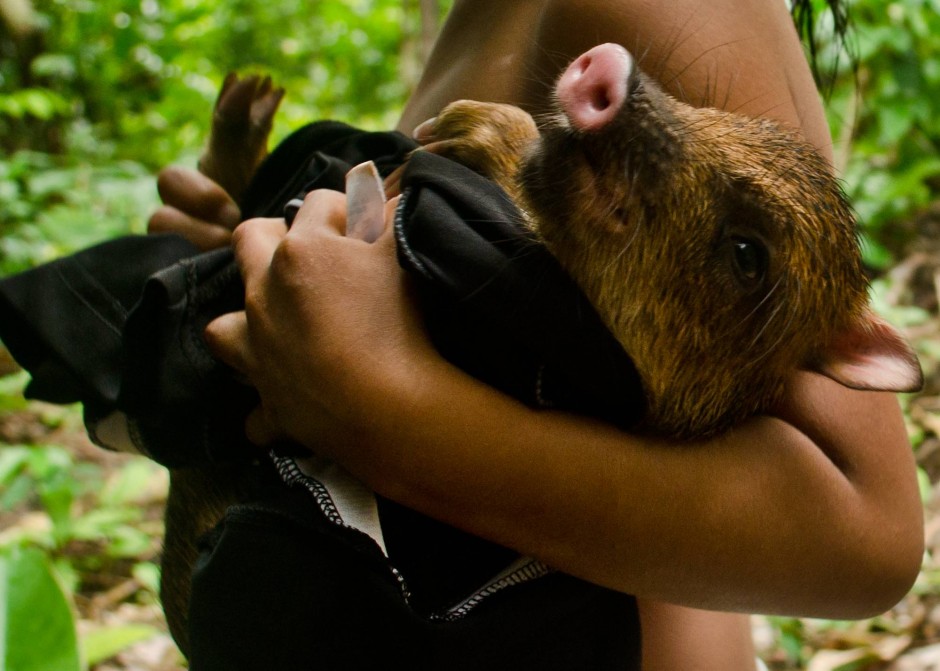 After dinner I noticed Ocata’s young granddaughter Kireya sitting off to one side of the gathering, the baby huangana in her lap. She was looking down at the baby as a mother would look at her child, stroking its head as it slept. Its mother had been killed; now Kireya would raise the baby.

This post was republished from our friends at Clearwater, an indigenous-led movement for clean water and cultural survival in the Ecuadorian Amazon.
Tagged
Narrative Sustainability Ecuador
What did you think of this story?
Meh
Good
Awesome