Living on a boat with five other people is something all my future claustrophobic experiences will be measured against. It’s hard enough to live in such close quarters when you get along with your fellow sardines, but that was far from my case. The captain called us the worst crew he ever had. One new father in his early 20s couldn’t get to the boat two hours late — let alone on time — to save his life. Our skiff man was completely occupied with a girlfriend who wanted nothing to do with him. Then, of course, there was me. The new guy who had no clue about what it took to work on a commercial fishing boat in Alaska.

The work was nasty. It was pure repetition starting every day at 3am. Let the skiff go to set the net. Wait. Skiff closes the net. Pile web while not letting the wind blow it onto your partners standing just to your right and left. Dodge the red jellyfish oozing off the web. Use the hydraulics to haul the catch onto the deck. Repeat. Somewhere between letting the skiff off and piling web, I cooked three meals and drank three ulcers worth of coffee. On good nights we got three hours of sleep.

It was the type of experience about which people say “gives you character.” I can’t argue with that. I can’t explain it, but the entire thing sucked so completely that I have nothing but positive memories of it. The frustration and animosity made the decent moments that much sweeter. Seeing whales breach and working outside for good money is an opportunity most will never have. 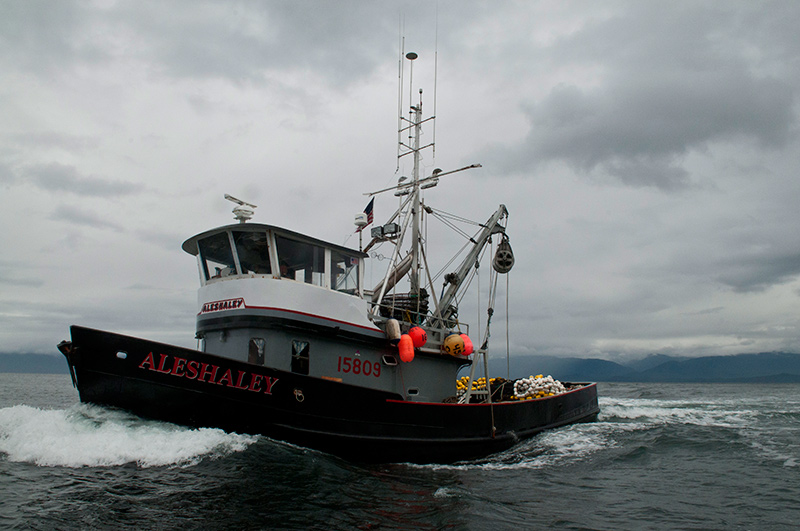 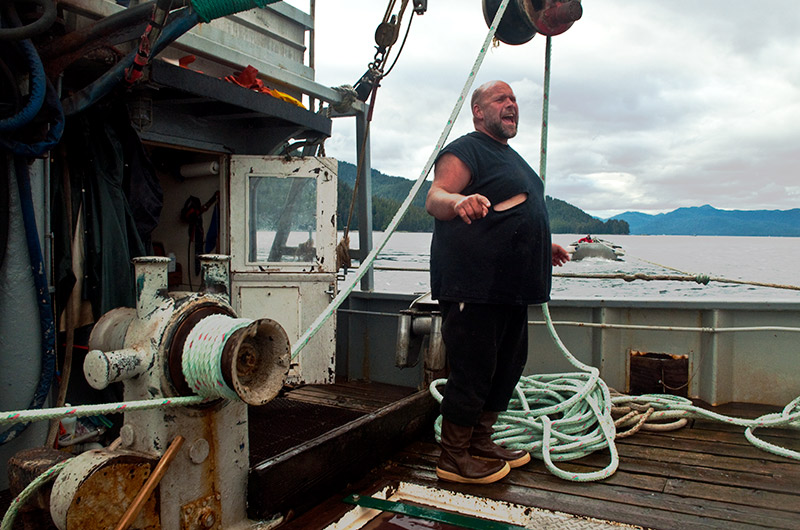 Captain Kevin Granberg barks directions at his crew before controlling the hydraulic hook that pulls the net from the water. 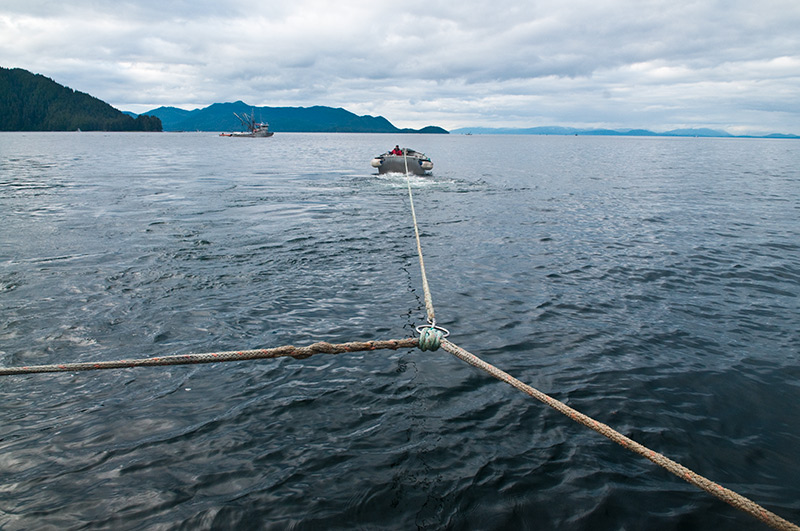 Letting out the skiff

While the captain mans the hydraulic controls, it is up to the skiff man, tethered by a heavy-duty rope, to keep the larger fishing vessel off the rocks. 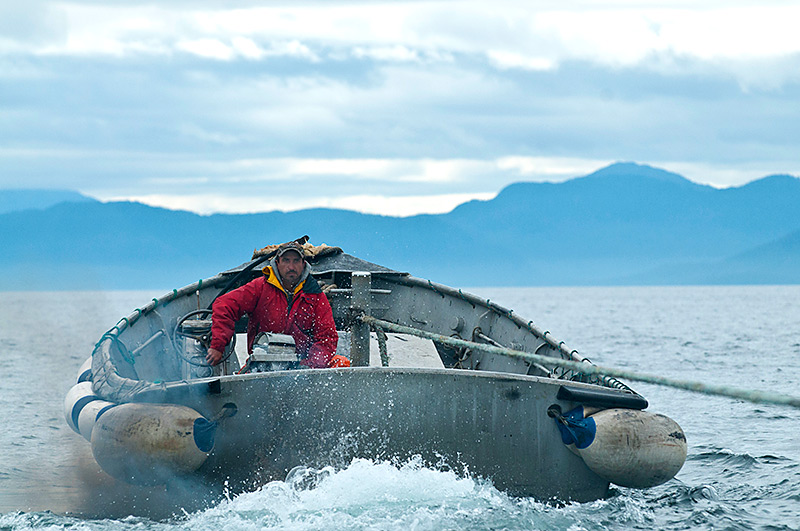 Skiff men are the goalies of the fishing world. They are the "go it alone" outsiders cut from their own very different cloth. They are responsible for setting the net and staying in constant radio contact with the captain. 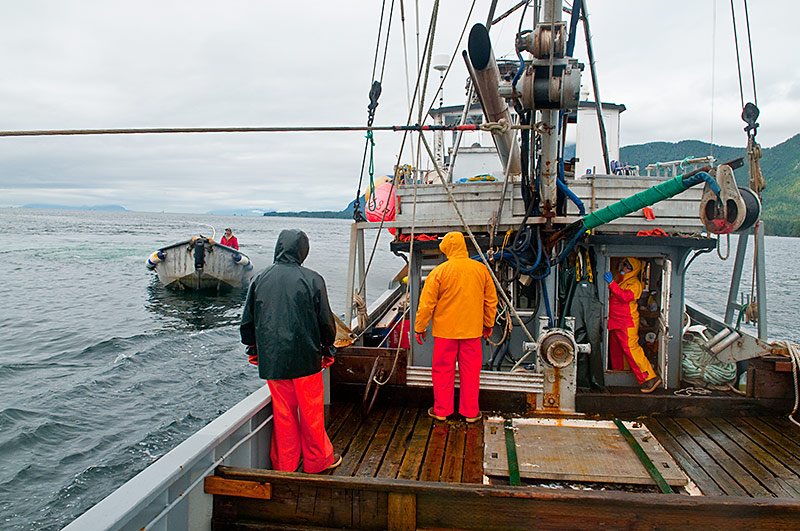 Bringing in the net

The skiff brings in the net while the rest of the crew gets ready to haul the load on deck. 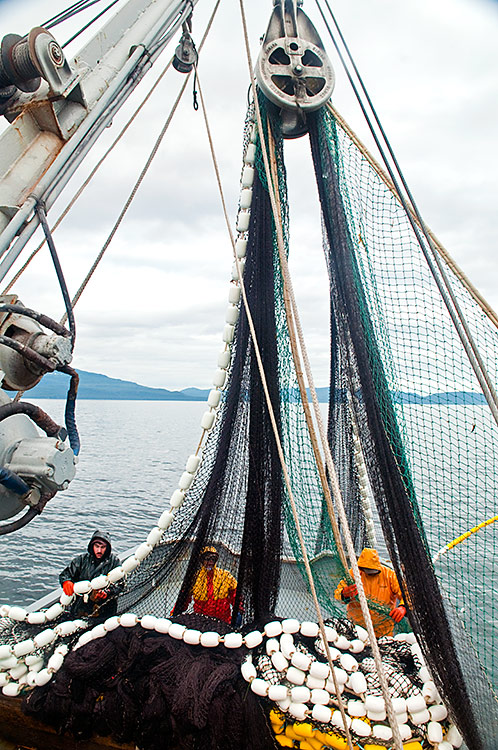 The net is sucked out of the water by a wench and overhead power block. The crew is responsible for stacking each of the three sections of the net: the cork, web, and lead line. 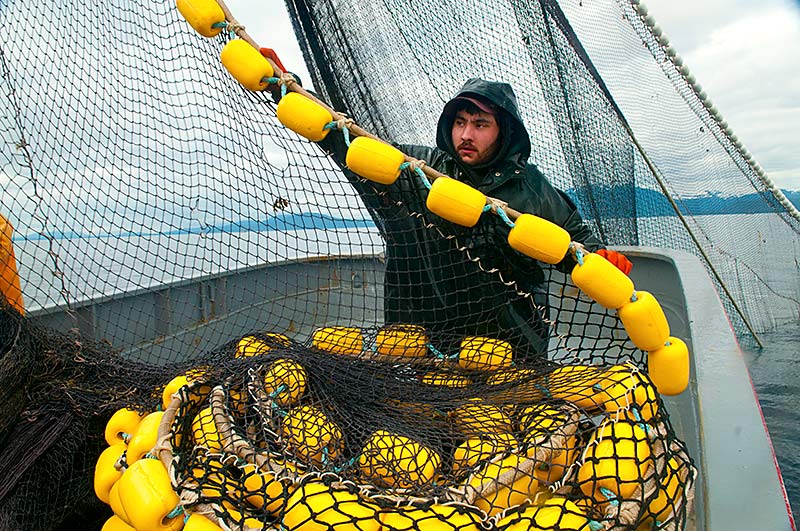 Trevor Volk stacks the net’s corks in a circular pattern. When in the water the corks float just above the surface while the net is pulled down by the lead line. 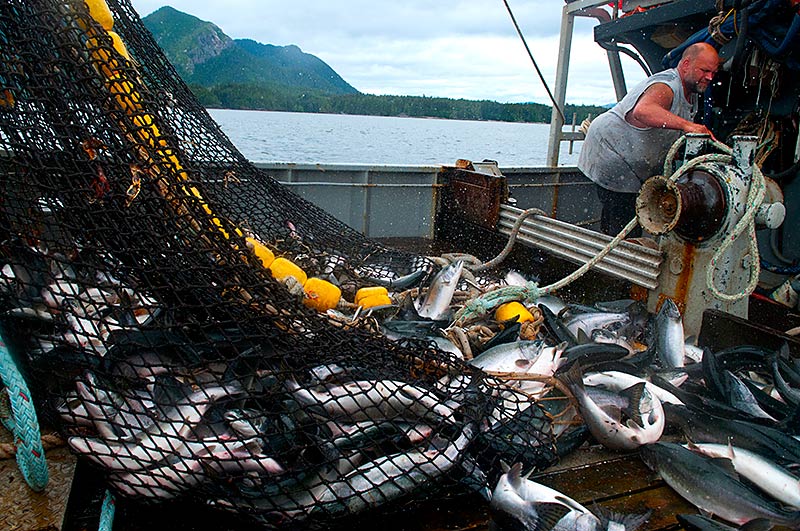 Thousands of pounds of salmon hit the deck of the Aleshaley. After the fish are brought on board, they are kicked into the refrigerated belly of the boat where they float until delivered to a larger vessel called a tender later in the day. 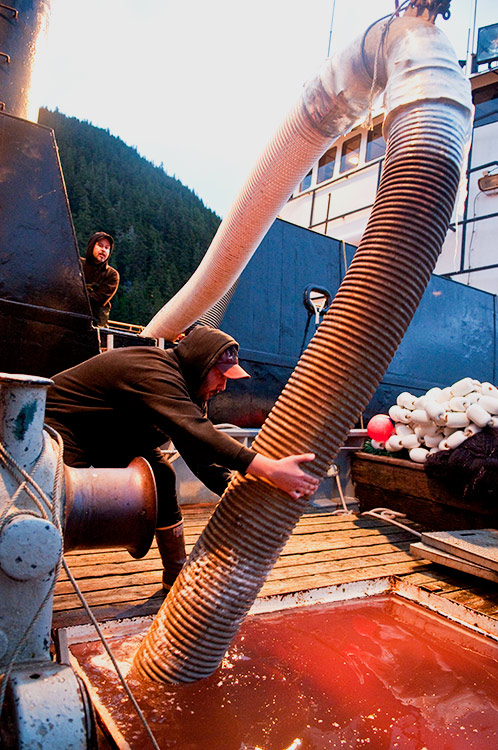 Trevor Volk positions the large vacuum that will suck the water and salmon out of the fishing boat and into the tender where they will be sorted and later delivered to a cannery. 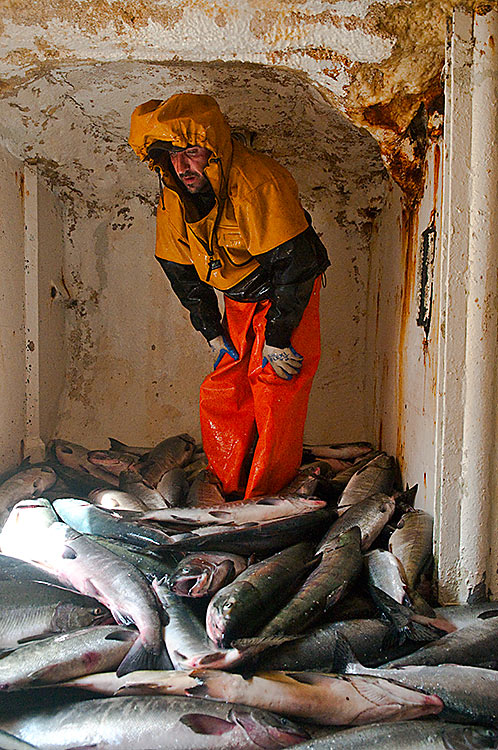 After the vacuum has sucked out most of the water and fish, it's up to the crew to get what remains onto the tender. It’s important to have a quick eye, as the value of certain types of salmon plummets if they are put through the crude and sometimes destructive vacuum. 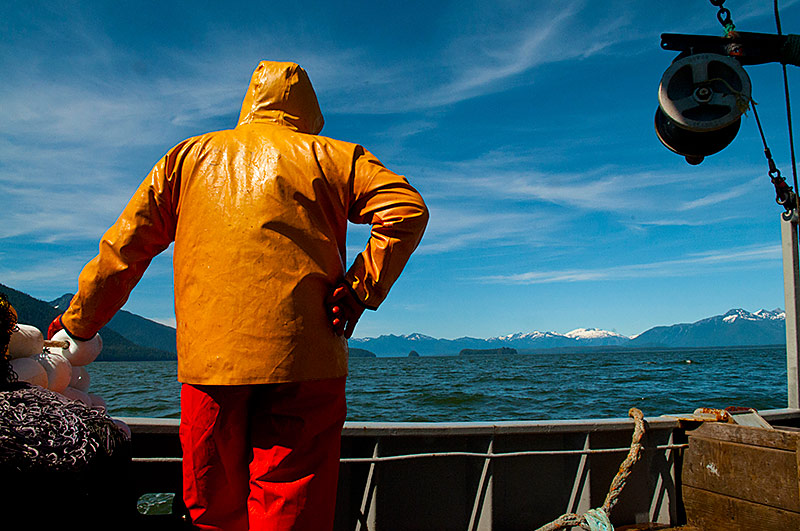 While the work is backbreaking, the views are unbeatable.

Get paid $10,000 to travel cross country with Days Inn for two weeks