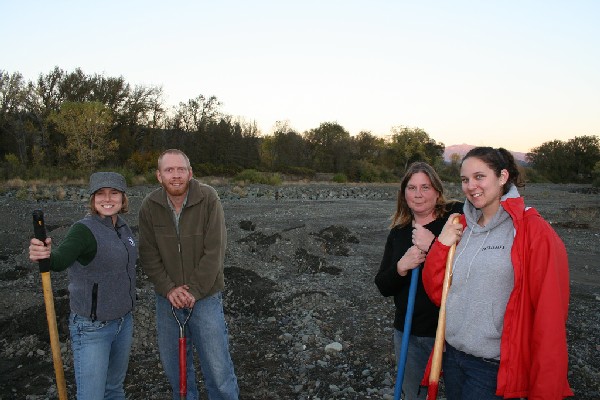 Megan Hill finds that a year of riding in a government van, wearing government-issued uniforms, and living out of a suitcase helped her wake up.

THE TEAM WAS GETTING on my nerves. Actually, everything was. It was the fact that all twelve of us were squeezed into a twelve seat van. It was the van’s smell after five days of driving. It was the Starburst wrappers we’d thrown on the floor. It was the dirt from our shoes that had been ground into the van’s gray carpet.

It was Grant’s choice in music. It was the way my backpack took up my feet room. It was Tim falling asleep and crushing me. It was not knowing where my pillow was when we rearranged ourselves after a bathroom break. It was Tasha’s chattering. It was Jimmy’s and Maggie’s and Brendan’s smoke breaks. It was that huge bucket of sunflower seed packets that Walt wanted to buy that was taking up space in the aisle.

Really, they’re all nice people. Really, my problem was just that we’d been so uncomfortably squeezed into that van and sent on this five day road trip from Sacramento to New Orleans. Under these circumstances, any little thing, coupled with every other little thing, can become just too much to bear.

The annoyances faded as we entered Orleans Parish—still, at that point, something of a ghost town. 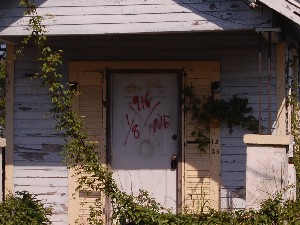 Our drive took us through entire neighborhoods in ruin, with houses missing windows and doors. The furniture and belongings inside were black with mold and tossed about from the flood.

As we drove down the streets of New Orleans and St. Bernard Parish, it was easy to see why we were so needed: in many places, little or no progress had been made.

So many streets were still (and are, even now) vacant, their facades crumbling, forlorn and forsaken. Some homes still needed gutting; others were completely abandoned after being stripped of their insides. Everywhere FEMA trailers wedged between these skeleton-homes. Welcome back.

We finally emerged at the end of that trip, exhausted and dirty, at Habitat for Humanity’s Camp Hope outside of New Orleans. I felt relieved to be out of the dirty, cramped van and anxious to unpack in to my new home. Those feelings faded to dread when I later settled into my home for two months: a bunk bed in a converted science classroom, which I shared with thirty other women.

It’s probably fitting that I lost my travel virginity in my own hometown.

Living through Hurricane Katrina and its aftermath and fearing becoming trapped in a cubicle after my college graduation, I chose to run away from home while still justifying my existence with meaningful work. I joined the most unconventional organization I could find: AmeriCorps NCCC, a national service program that sends young people on service projects around the country for ten months.

My first project happened to be in the very place I was trying to leave. Later, though, we’d travel to California and Washington, and I’d be moved by the resilience of those we served—people facing problems tougher than any I’d ever experienced.

NCCC prides itself on breaking its members out of their comfort zones and building the kind of flexibility and go-with-the-flow attitude this type of program—traveling service—inherently demands. We’d nearly complete one two-month project before the powers that be “revealed” the next one to us. 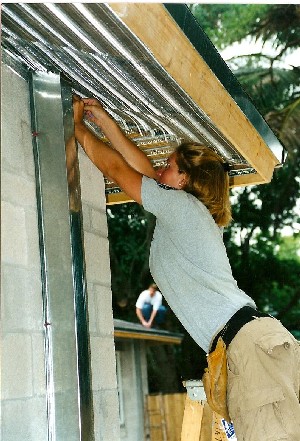 For a year of my life I rode in a government-issued van wearing government-issued uniform and living out of the one suitcase I brought with me from home. I experienced a sort of homelessness, carrying only what I needed and leaving my life up to chance. It was freeing and confining, inspiring and heartbreaking.

I slept and showered irregularly, hardly ever did laundry (if I could help it), ate way too much cheap chicken sold in bulk at Sam’s Club, awoke at ungodly hours to work in the pre-dawn cold of some very unappealing places. I cooked, worked, and hung out with the same group of people. I loved it and hated it, usually all at once.

During my year in NCCC, I was forced, for the first time, completely out of my comfort zone, awake to the world waiting to unveil itself on the road ahead—wherever that might be.

The oldest restaurants in the world, mapped
The oldest city in every state, mapped
South Africa’s new hotel is a luxury train permanently parked on a bridge
Barbados could soon allow remote workers to stay and work on the island for one year
Mapped: The optimal road trip to see all the US national parks