Nobody’s River is a documentary expedition on the Amur, one of the world’s greatest but least known free-flowing (or dam-less) rivers. In the summer of 2013, a team of four women traveled, by a number of crafts and methods, from the Onon River headwaters in Mongolia (and the birthplace of Genghis Khan) all the way to the Pacific Ocean delta in Russia, some 5,000km total.

The team was led by Amber Valenti, a physician’s assistant with a background in rescue and wilderness medicine. Krystle Wright was the expedition photographer, DP, and media specialist. Becca Dennis, an expert paddler and all-around adventure athlete, handled Russian logistics and risk mitigation. And, finally, Sabra Purdy, a watershed restoration ecologist and climbing-guide-service owner, led efforts to collect data and document river ecology.

Trailer of upcoming film Nobody’s River. Please check their screenings page for theatrical releases near you.

DM: How does this watershed compare with others in the region? / What’s the scenario of hydropower in Russia/Mongolia?

AV: The Amur-Heilong watershed, while widely unknown, has incredible global importance for one major reason: It’s one of the few great free-flowing rivers left on the planet. It has no dams and only two major bridges along its entire length. This makes the Amur a world treasure as well as a crucial baseline for the management of all large rivers. As one of the few rivers with a clean slate, it could become a model for sound management of water resources worldwide.

The Amur River is incredibly unique. As the third-longest free-flowing river in the world, it traverses the vast and widely untamed landscapes of Mongolia, China, and Russia for more than 4,000km. Claimed as the most biodiverse watershed in Asia, it supports enormous taimen (a fish in the salmon family), rare birds, Siberian leopards, tigers, and countless other unique plants and animals. It’s a living reminder of what we’ve lost by damming more than 60% of the world’s rivers, but it also stands as a symbol of the incredible wild places that still exist — and we believe should be celebrated.

Hydropower projects are planned all over the three countries the Amur River flows through (Mongolia, Russia, and China), and there’s very little protection of rivers in these areas. While we’ve dammed the vast majority of our rivers in the US and are in the midst of a dam-removal movement to take out any outdated and destructive dams, these countries still have some incredible free-flowing waterways left. The Amur is one of the most impressive of these.

Why the name “Nobody’s River“?

The name Nobody’s River came out of the fact that this river is a transboundary river — meaning it flows through multiple countries. So, factually, it doesn’t belong to any one nation. This has been both a benefit and a struggle in its management. The name has evolved to signify something deeper for all of us — the concept that our rivers don’t belong to just a country or individuals, they belong to the collective. They’re truly global treasures.

What advantages are there to having an all-female crew in terms of cultural engagement / access to different places?

Communities and individuals we met along the way definitely warmed up to us quickly. I think four rather petite, smiling women are just not very threatening in any culture. So that was a huge benefit as we traveled. When we crossed one border I remember this very stern border guard cracking a smile and laughing. She just couldn’t believe we were really doing what we said. But she let us through without a single search!

On the flip side, in places like Russia and Mongolia, it was sometimes confusing for people that we were a group of women. I really noticed how much fear people experienced for us. It was wild to see the fear our communities — and those we traveled through — felt, largely because we were all women. I remember one man yelling after us as we were pulling away from the shoreline on the Lower Amur in Khabarovsk, “But you have no security!”

All photos by Krystle Wright 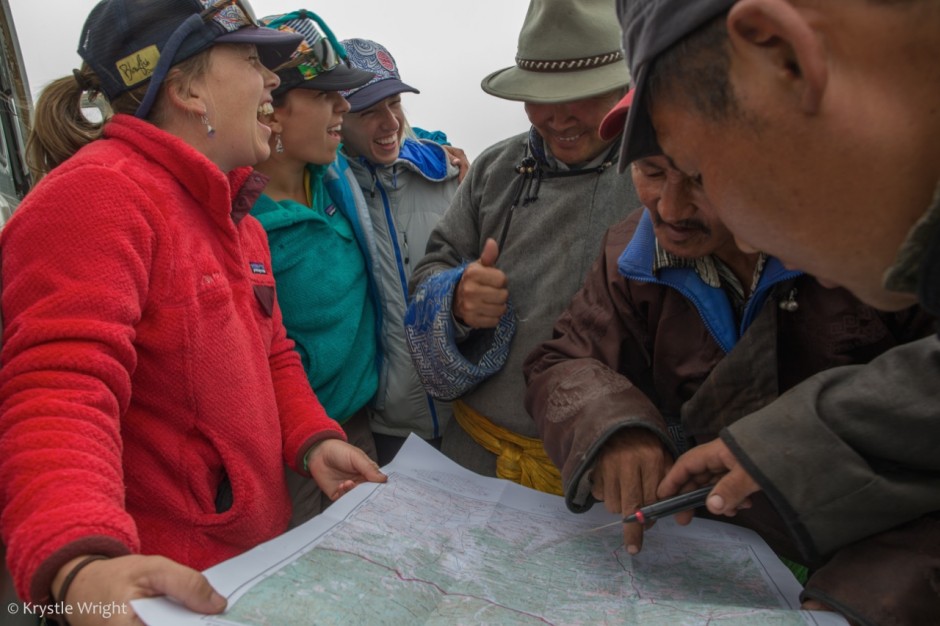 The team traveled by horseback for three days from a small northern Mongolian village to get to the headwaters of the Onon River, source of the massive free-flowing Amur River. Sabra Purdy, Amber Valenti, and Becca Dennis (left to right) exchange their knowledge of maps for a lesson in intuition with their team of Mongolian guides. 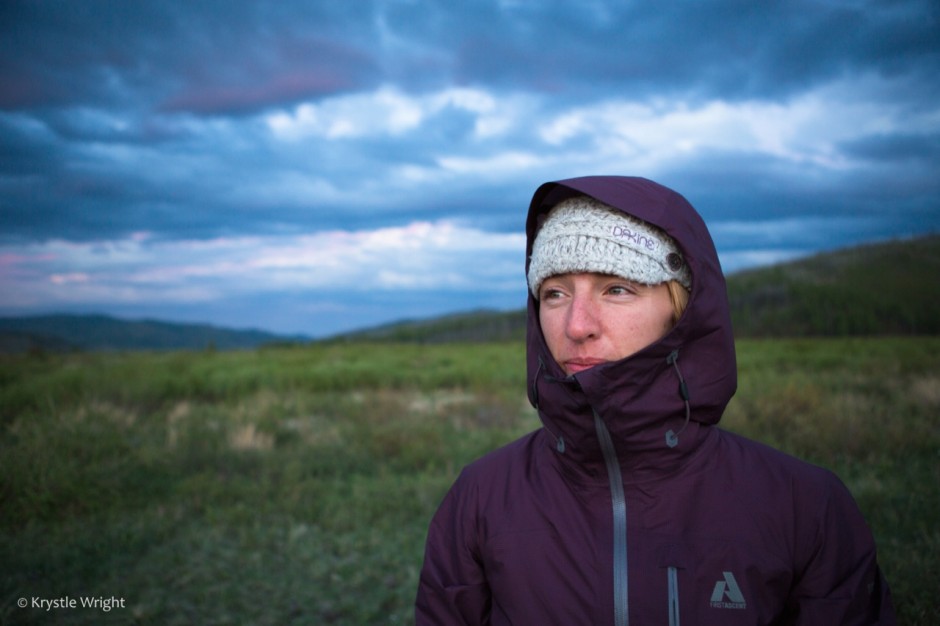 Becca Dennis bundles up as an evening storm builds and the team heads deeper and deeper into the wildness of northern Mongolia. 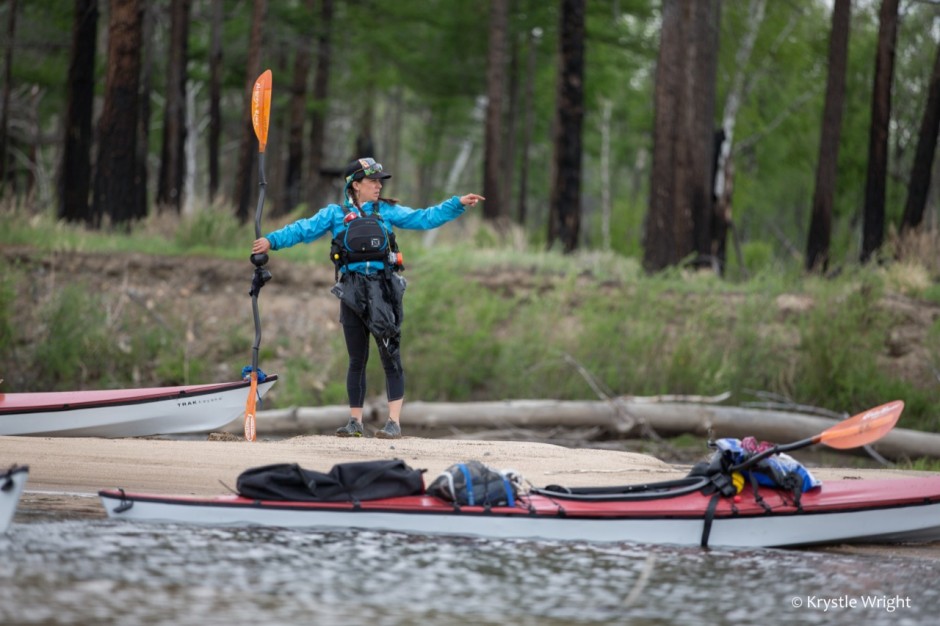 Leading the way, Amber Valenti points out a hazard downstream. The team paddled all 500km of the Onon River through northern Mongolia. 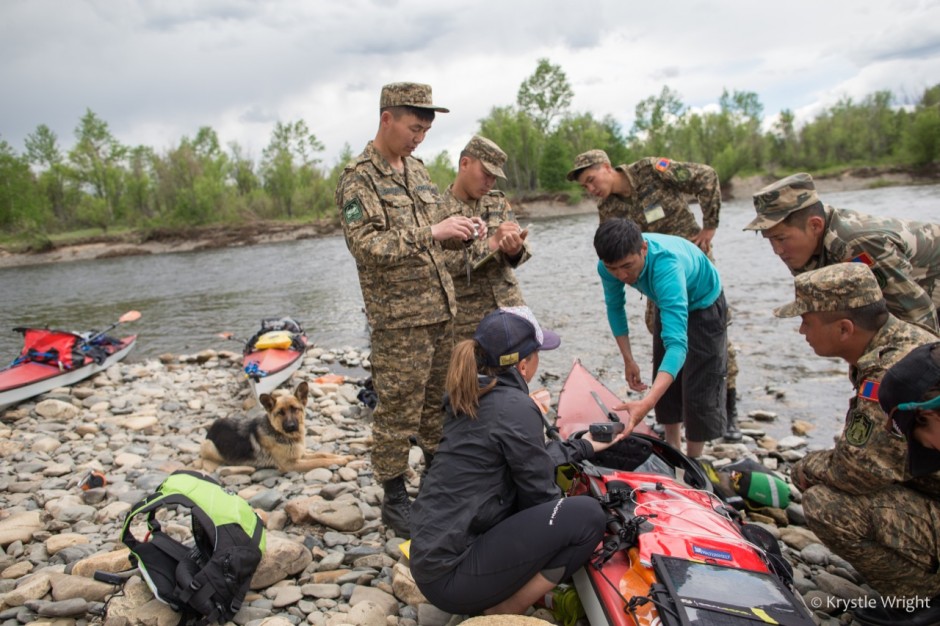 Mongolian border guards detain the team to inspect the kayaks, verify paperwork, and, of course, make sure they're not spies. 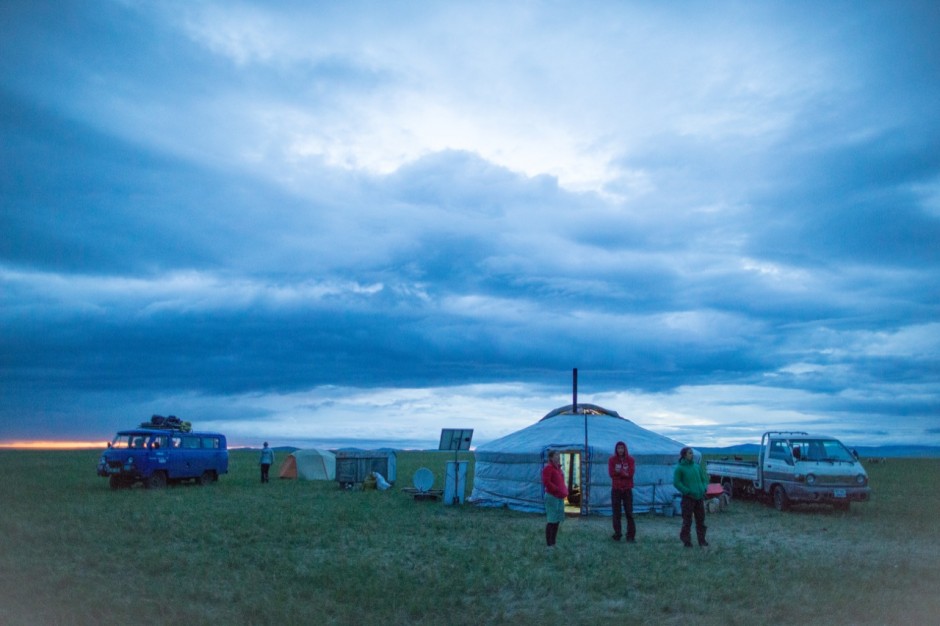 A local family welcomes the team into their ger, a traditional nomadic home, on the steppe during the journey back to Ulaanbaatar, Mongolia. 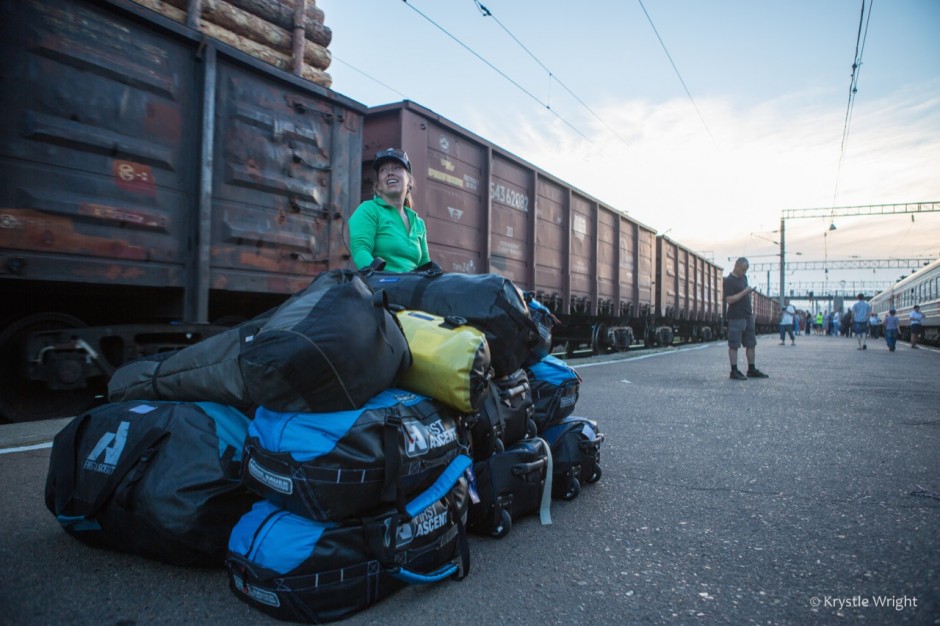 Sabra Purdy keeps watch at a Russian train station over a towering pile of gear during a 10-day trans-Siberian train journey that connected their paddles on the headwaters of the Amur River in Mongolia and the Lower Amur River in Russia. 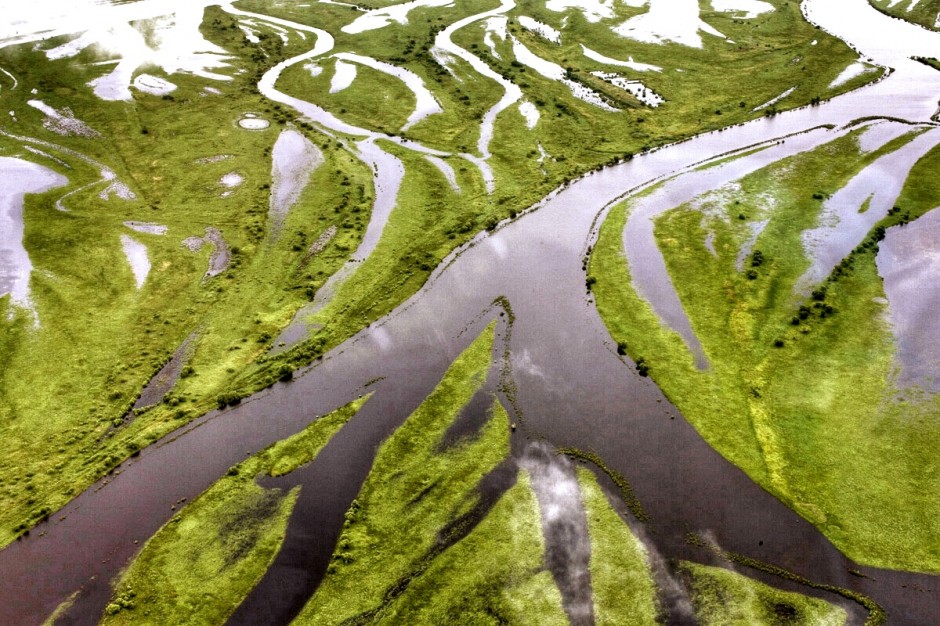 The team paddled 500km of the Lower Amur River in Far East Russia, braving a mess of braided channels that stretch as far as the eye can see, ocean-sized swell, and raging monsoon storms.

Tagged
Paddling Mongolia Russia
What did you think of this story?
Meh
Good
Awesome

The Most Stereotypical Russian Foods Sold in the Country’s Supermarkets

Russia Declares State of Emergency Over 20,000 Tons of Oil Spilled Into Arctic River

How To Spend the Perfect Summer Day in Moscow, Russia

In St. Petersburg, a Chef Is Embracing Soviet Cuisine and Taking It To New, Delicious Levels