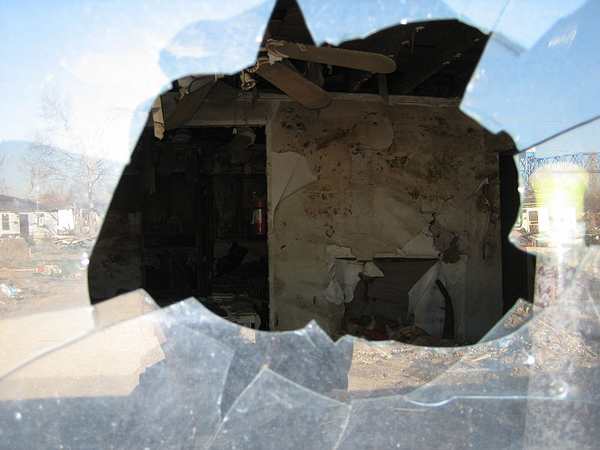 Four years after the waters recede Megan Hill remembers Katrina and the moment she knew her life would never be the same.

1. I woke up early the morning of August 29 in my friend Emily’s house, where I’d stayed for a few days while my college in coastal Alabama was evacuated. Sometime that morning, while I was trying to go back to sleep, a thirty-two foot wall of water slammed into the beach front communities of Waveland and Bay St. Louis in Mississippi.

The house my grandparents owned on that beach was where I’d spent summers sailing the sunfish with my dad or reading on the porch next to my mom. It was where I first looked at the water on empty nights, at the blinking lights of fishing boats off the coast. 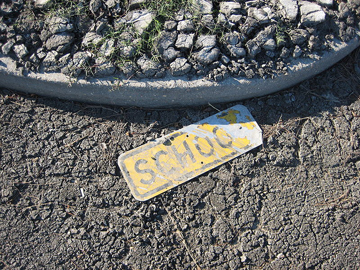 3. Days passed. Reports of looting, of suicides, crime and complete chaos went on during the long days without electricity at Emily’s home in Florida. School was canceled for a week. Calls to Mom in Houston were curt, hurried. I imagined alligators swimming down our streets.

Our home hadn’t flooded, she’d learned from a neighbor. But all those looters…did that mean someone was in my bedroom, stealing my things?

4. As we sat helplessly in front of televisions or radios for days while the water subsided, black mold crept down through the soggy roof or up the sodden sheetrock. Mud settled and dried on the floors and the tops of whatever furniture hadn’t been tipped over. Wood furniture and floors rotted and peeled.

Huge flies and maggots took up residence in rotting food left in refrigerators during the hasty exodus. Grass, trees and plants died with the infusion of salt water and they, too were covered with gray silt. At night, entire neighborhoods went dark. Bodies rotted in attics. 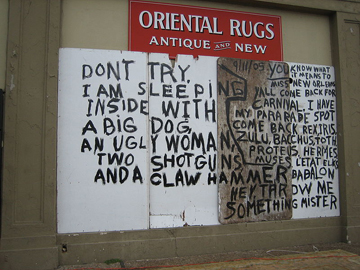 You sit through hours of traffic to get out of town, and then you stay in a hotel in Memphis or Houston or Atlanta until it passes.

You go home, clean up the yard, put the plants out again, and forget about it. Or you have a hurricane party—schools and offices are closed and you celebrate. You watch the waves break on the lake and the wind bend the trees but you never think it can happen to you.

6. Dad stood on the roof of the hospital, the place he’d spent his entire professional life. At night he could see more stars than he’d ever seen. In the distance, electrical or gas fires burned in unidentifiable buildings. He could barely see the top of his car under the tea-brown water. His skin was starting to turn raw from using Purell to bathe in and the muggy August heat was almost too much to bear.

Sleep was almost impossible. Patients required round-the-clock care and there were always people coming over in boats from surrounding houses. From the roof of that hospital he could see the bags they’d used when the toilets stopped working and the bodies that had floated out of from the morgue on the first floor. Finally, a few days after the storm, the helicopters came.

7. There are those watershed moments in life when you know nothing will be the same. It was easy to see that first morning in front of the television as images of flooded neighborhoods flashed by, that this was going to change everything. There was no one to lean on, no one to turn to who hadn’t been affected. 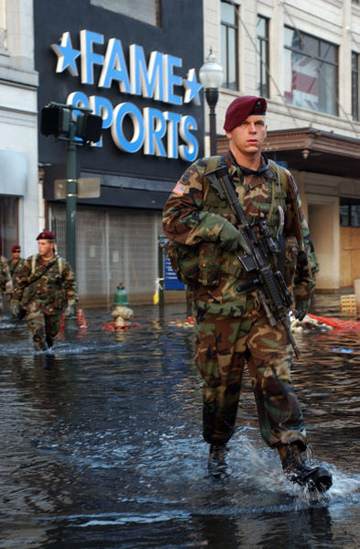 No one you could rely on to help you because everyone needed help. Even as reconstruction began, there were setbacks. A new roof meant a nail in the car tire and who knows if there was a shop that was open to fix it. People came back but the broken city meant crime, and crime meant soldiers were walking the streets.

The flood of new contracting jobs sometimes meant work poorly done, half finished, and always there was a waiting list. Years passed before my grandmother could hang a picture on her wall or sit in a chair in her living room.

8. Sometimes I freeze up when I remember. I’m still in shock that at one point, 80 percent of everything I knew was underwater. How do you get along with a memory like that?

For those still haven’t been to New Orleans, here’s Why You Should Visit New Orleans Now. And for more of Megan’s story, what she did after Hurricane Katrina, please read Losing my Travel Virginity: Americorps NCCC.

If you have a note from the road you’d like us to consider, please submit to david [at] matadornetwork.com.