WHEN I ARRIVED in San José, I was warned not to take my camera with me downtown. I brought it anyway. Initially I put my camera back after every shot, but soon stopped doing that; happy people were all around me, not just willing to pose, but also not showing any of the aggressive rebuffing I’d been warned about. I left the chaotic sonic and mental challenges of traffic behind as I entered the pedestrian zone. 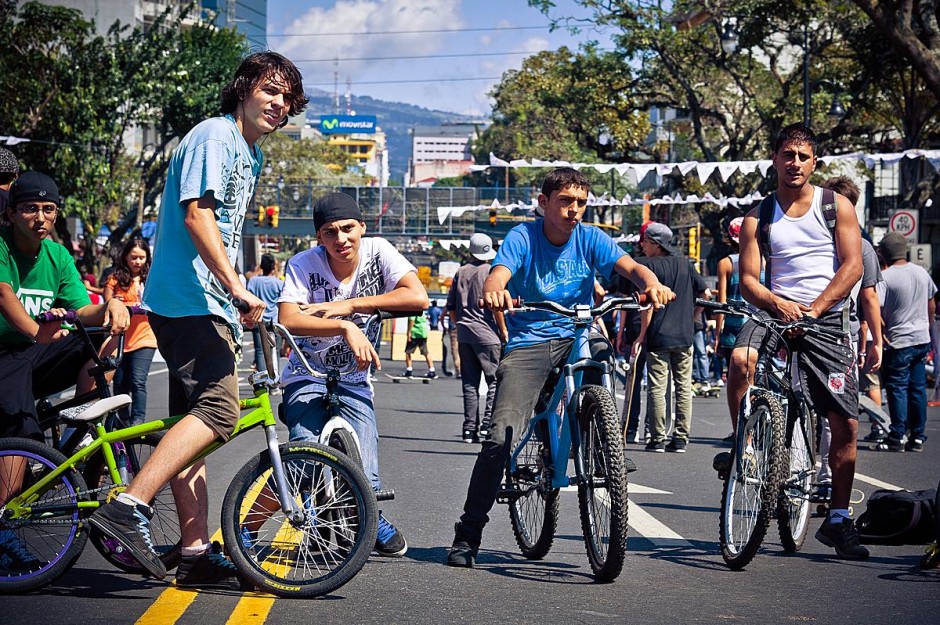 To my surprise, I found the main thoroughfare devoid of any smoke-belching vehicles. On Sunday, San José closes down Paseo Colon to traffic, which left me standing face-to-face with kids practicing bicycle stunts on various ramps. 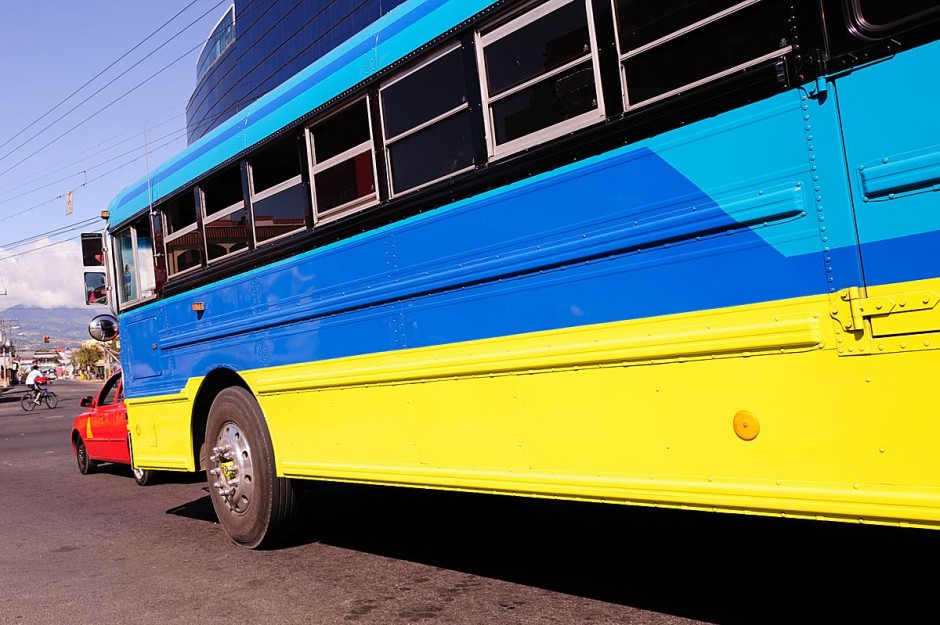 I love all things classic and nostalgia-inducing, so it was a pleasure seeing these old US school buses, which would have been scrapped otherwise, driving around in San José. This particular shot reminds me of the painting "Who is Afraid of Red, Yellow and Blue," by Barnett Newman. 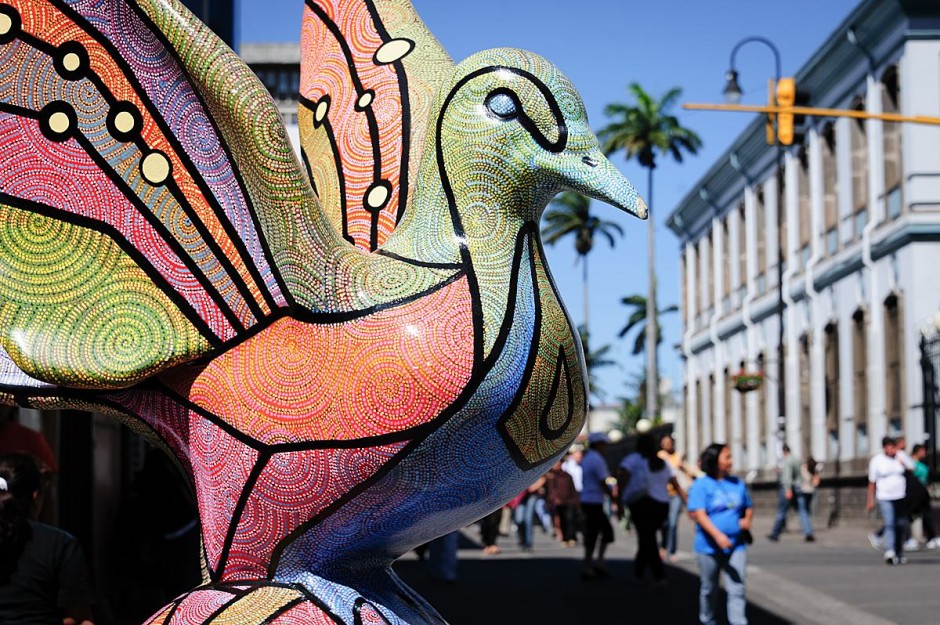 A few months before I arrived in San José, 70 two-meter-high fiberglass doves were painted by different artists and Costa Rican students. They are scattered throughout the city, each one with a different style - but this is one of my favorites. I like how the pattern is consistent, yet hard; cartoon-like lines divide the surface into colored segments without sacrificing the intricate pointillism design. Costa Rica prides itself on being the only country in the world that has been without an army for the past 60 years, hence, the theme. 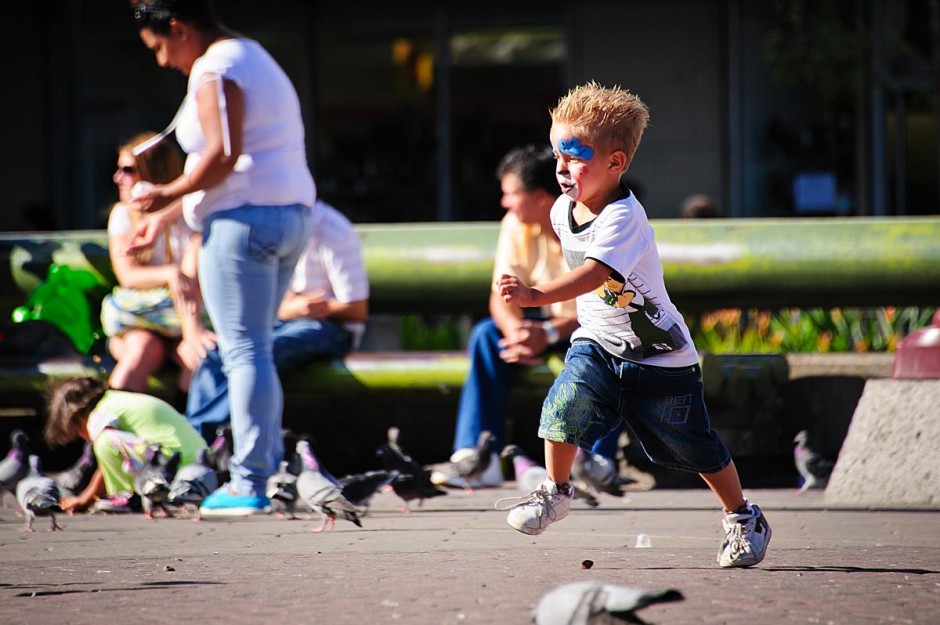 I joined the locals at Plaza de la Cultura, downtown San José, where they like to gossip and feed pigeons. I was waiting for the magic moment when all pigeons would fly up in the perfect ray of sunlight. It never happened. Probably because this kid was having too much fun chasing them. They never had the chance to form a group large enough to spark an eruption of feathers on the square. 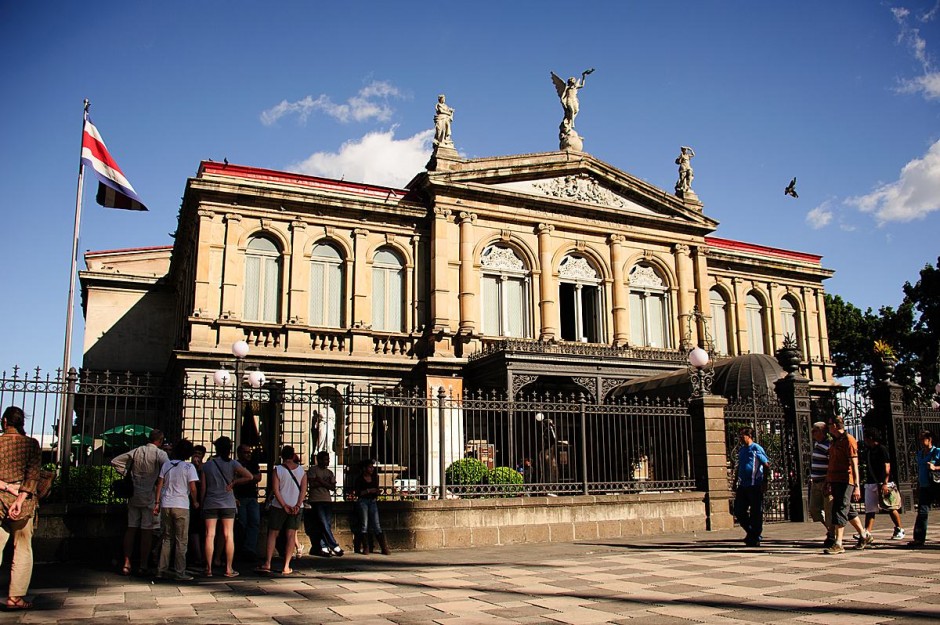 The sun is setting and the golden hour has started: a perfect moment to capture San José’s most revered public building, El Teatro Nacional. Its construction in 1897 was financed by placing a tax on coffee, then Costa Rica's principal export product. One of Costa Rica's most famous murals is depicted on the ceiling: a scene of farmers with coffee and bananas, which was subsequently used for 5 colón notes. 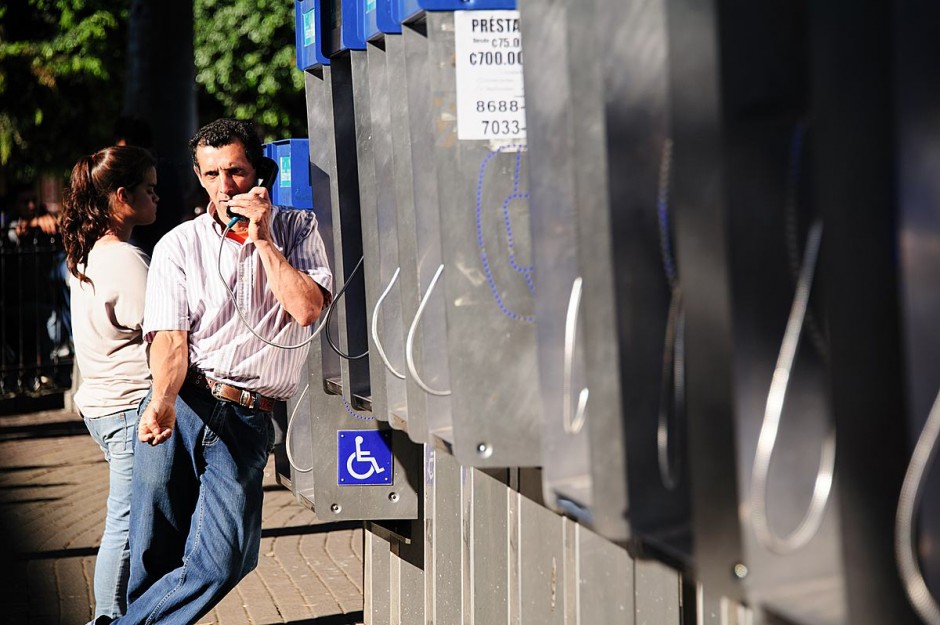 Like elsewhere in Latin America, I've noticed in Costa Rica how cell phones penetrate pretty much every echelon of society. However, this doesn't mean public phones have disappeared - I've even seen people look up a number in their mobile phone and dial it on a public phone. People may like to show off their latest model, but that doesn't mean they can afford calling with it. Additionally, the payphones aren't all as old-fashioned as you might think. San José has four types: coin phones, chip phones, Colibri phones, and Multipago phones, of which the latter can also be used for texting and emails. 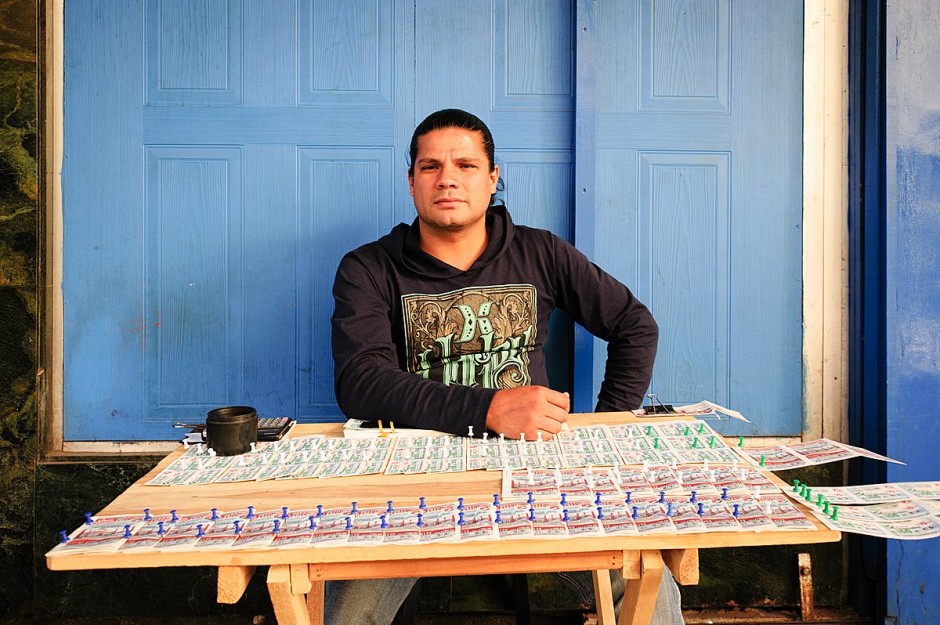 In February 2005, officials asked the 240+ lottery vendors and 300+ newspapers vendors to remove their stands because they were obstructing walkways and forcing pedestrians onto the street. If vendors wanted to continue selling on the street, they had to do it standing up. I don't know what happened, but there were lots of seated vendors when I was there. At this point, I was constantly scanning my eyes across the street for an interesting vignette. As a woman in mini skirt trotted towards me, drawing every guy's attention, I almost missed this immaculately-organized stand just off Calle Central. I doubled back to get this shot after I was finished with the skirt. 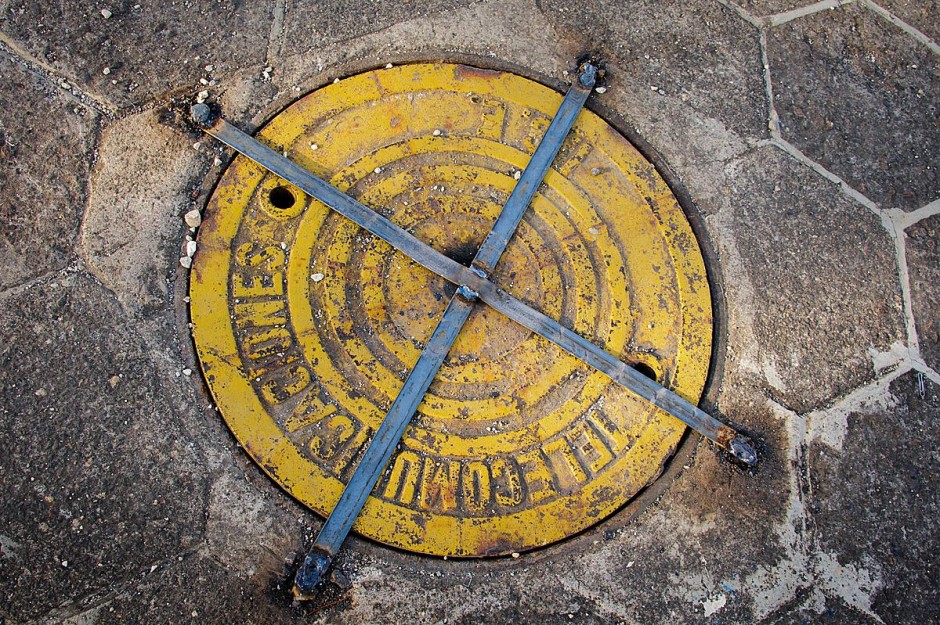 "Why would anybody weld bars over a manhole cover?" I asked myself, as I noticed this barred cover just outside the hotel where our group was housed. I read a newspaper report saying the municipality spends on average 35 million colones a year (70,000 USD) on replacing manhole covers. In some cases, covers are welded or tied down with heavy chain links to hamper criminals, especially drug addicts who see the sale of manhole covers as a way to make some quick cash. 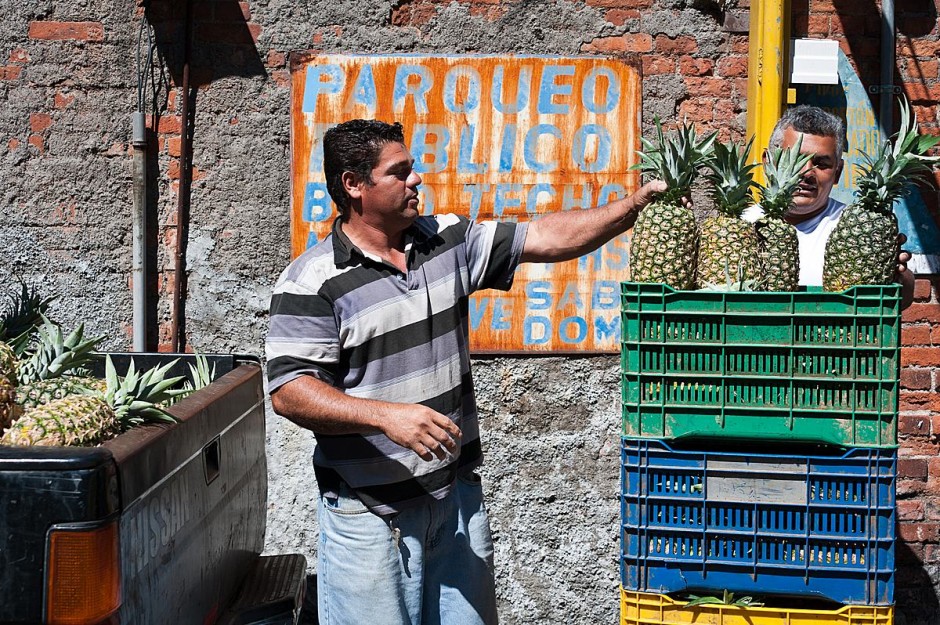 I was exiting the Mercado Central with a bag of ingredients to prepare an alligator pear salad, when I turned the corner and saw some guys unloading a pickup truck full of pineapples. Since 1737, this is how farmers have ventured downtown to sell their harvest, which initially was the way to bypass the then-royal monopoly of commerce in Cartago. San José's ancestors called this place "La Boca del Monte." It served as the main entrance to the central part of Costa Rica, and from here it prospered into the city it is now. 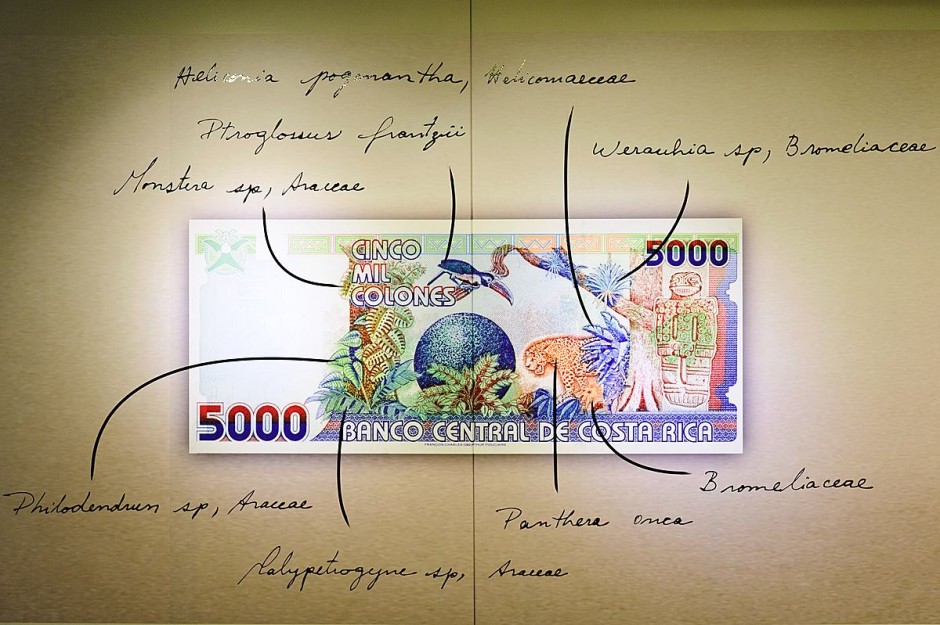 I have come across many currencies in my travels, and it is always a special moment to collect my first batch of cash, to go over every coin and note, studying the images. Costa Rica's colones notes blew me away the moment I changed my cash dollars at the Airport's cambio. I love the wildlife on them. Later, when visiting the numismatic collection of the Central Bank Museums, I learned that in the past 20 years the bills' theme has shifted from exporting industries (coffee and banana plantations) to flora and fauna as a result of Costa Rica's tourism boom. The museum's excellent videos explain that due to the lack of coins in 1709, the official currency changed back to cacao beans for almost a century. 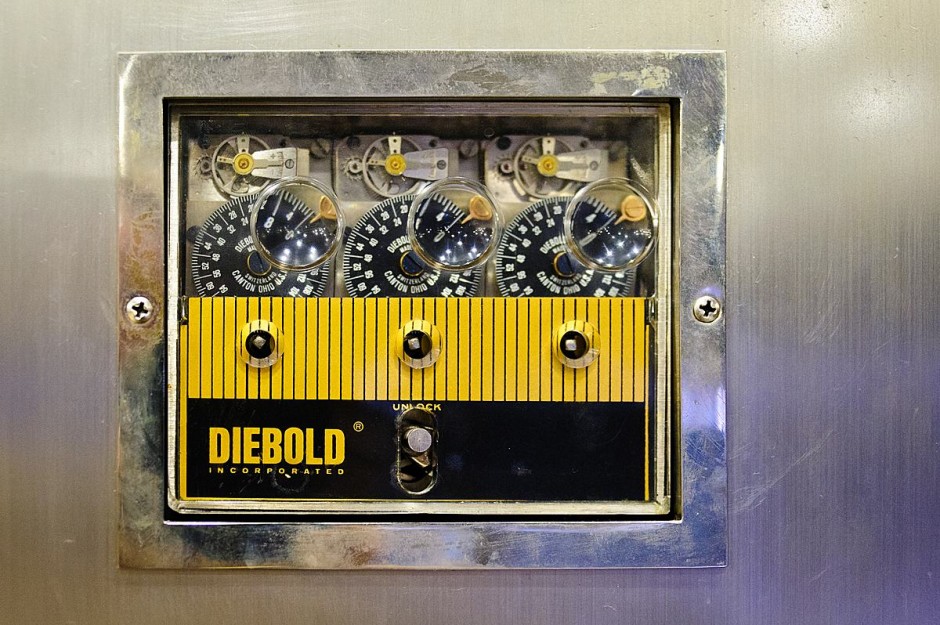 Another surprise. I am allowed to take pictures In the Central Bank museum - but only without flash. When my eye is drawn to an employee opening an elbow-wide steel door, I notice this intriguing lock. I frame, focus, and shoot, and check the histogram. When I want to take a different angle, two guards walk up to me with instructions not to take any photos of the locks. Which proves, again, that it pays to get a quick test shot before going for the perfect frame and angle. Even with a still life, the moment can pass you.

Tagged
Adventure Center: Travelers-in-Residence
What did you think of this story?
Meh
Good
Awesome
✖
travelstoke
Download the mobile app
stoked by