AT FIRST, I TRIED TO HIDE MY HANDS. As I walked up the steps into the hall, full of so many accomplished writers, my fingers trembled slightly and my palms were coated over in a layer of cold sweat. But as I made my way through the room packed with bright, smiling faces, abuzz with reunions and new alliances, I began to chill out. For the following six days, this room would serve as ground zero for a literary movement peopled by people of all colors, and I wanted badly for my stories to find a home here, too.

The Voices of Our Nations Arts Foundation (VONA) has been hosting the country’s only multi-genre workshop for people of color for the last 15 years, and this past June I was accepted into their inaugural travel writing course. About 150 of us word nerds swooped down upon UC Berkeley’s campus for a week to get schooled in the ways of story crafting, to have our minds blown by the 5-star faculty (Patricia Smith, Staceyann Chin, Junot Díaz, and many more), to connect with and support one another in our processes, and to witness unexpected life-changing epiphanies.

My guard was down, my notebook was blank, and though my fingers still trembled a little, I was ready for the schooling and story crafting and mind-blowing life-changing epiphany-witnessing. Here’s some of what I learned.

* * *
“Who travels more than people of color?” asked our teacher, Faith Adiele, aka “The Original Obama.” The author of Meeting Faith: The Forest Journals of a Black Buddhist Nun, and The Nigerian-Nordic Girl’s Guide to Lady Problems, Faith knew her shit, and taught accordingly. I was stoked to be under her tutelage for the following week. 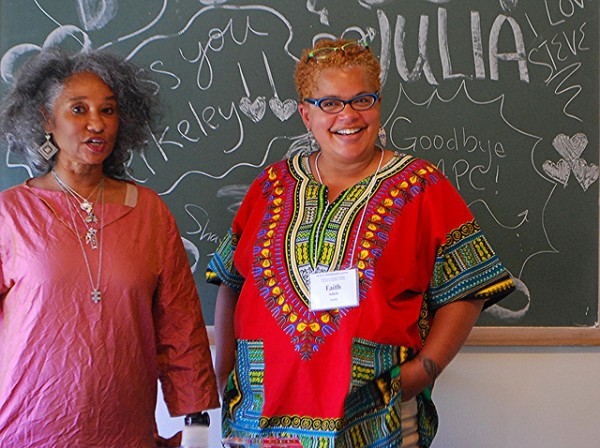 Elaine Lee, editor of Go Girl: The Black Woman’s Book of Travel and Adventure, and Faith Adiele, author of Meeting Faith: The Forest Journals of a Black Buddhist Nun

What she said made immediate sense to me. Whether it’s because we wanted to or had to or whatever the case may be, since the dawn of peoples, POC have been migrating. Before civilization “began,” before our lands were “discovered,” before Lonely Planet and Couchsurfing and Airbnb — we’ve been traveling. Yet our voices are drowned out by the whiteness of the genre — from the conquistador’s field notes to the vastly commercial industry travel writing is today.

As educator and writer Abena Clarke told us in Travel Is Not a White Boy’s Club (And Never Was), “The tradition of travelers’ tales is deeply rooted in the period of imperial expansion in Europe; it is closely linked to colonialism and ‘scientific’ racism. Travel writing, like early anthropology, provided evidence of white superiority through its representation of the exotic as barbaric, or lascivious, or simply ‘other’. There is a lot of blood on the hands of travel writing. Then and now.”

I, for one, am pretty bored with reading one rendition after another of White Boy Finds Himself Abroad. And it’s not just the color of the skin of the authors, but the entitled language they employ that usually shuts me out. Like an “untouched” “gem” of a beach ruined by tourists, modern-day travel writing has become overrun with listicles, fluff, and a flagrant case of unchecked privilege. If there exists a colonized genre, this is it.

Writers of color aren’t off the problematic hook either, because some of us tend to mimic the dominant narrator’s voice instead of using our own. I get it — bills need to be paid. We land on foreign soil and record our first impressions, which always lack context.

And then there are those of us who reject the travel writer label and the genre itself. Some in my workshop had even been bumped there from the Memoir department. And with the reasons given above, I fully understand why folks wouldn’t want to affiliate themselves with the travel writing genre. But I reckon that every single person at VONA is a travel writer in their own right, because I heard story after story about writers on journeys, writers as the products of places, of migrations. 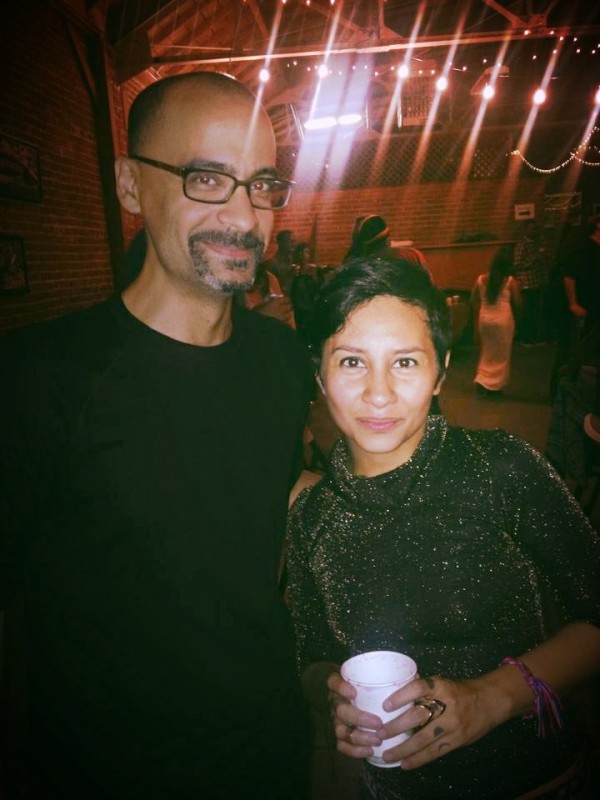 There is a deep, deep well of untapped stories here.

What would happen if we were to reclaim a genre? When the subjects of travel narratives — the ‘noble savages’, the ‘smiling orients’, the perpetual Others — grab the mic, avail what agency we have, and flip The Single Story to centralize our experiences? What if we were recognized as the experts of our homelands, of ourselves?

These questions floated to the surface of my mind as I stood in the very back of a stuffy room in a swanky hotel, arms across my chest, during a reading in San Francisco. Faith took us on this ‘field trip’ to network with some bigwigs in the travel literature industry, and everyone — and I mean just about every single person — was white, was monied (and older). We could not have looked more out of place than if we were crashing a meeting of the Young Republican’s Club or had obtained backstage passes to a Taylor Swift concert. Unable to relate to any of the three readers’ stories, we listened with our ‘craft ears’, trying to figure out, Why these stories? Why not ours? We shook hands, exchanged business cards, and bounced.

All marginalized communities need spaces where their work will be affirmed, a place where it will not be considered niche, where we are not told “There is no market for this,” or “Translate that,” or “No, where are you really from?” Most of us have had damaging workshop experiences in the past, where someone, in some way, questioned the validity of our voices. So yes, we need to write our stories in a space that is safe outside the white gaze, the male one, the heteronormative one. Without that, our voices can become weak echoes of the dominate narrator’s. Without that, we can become isolated in our struggles.

Without a space like VONA, a lot of us might have just given up on writing altogether. I think of the writers who have pushed me to bring pen to page, and shudder at the thought of the absence of their work. VONA taught me to quit playing, to show up as myself, sweaty palms and all, in the world and in my writing, and tell it like it is. My stories had found a home.