BECAUSE OF ITS TROPICAL LOCATION AND UNIQUE GEOGRAPHY, Hawaii is the most biodiverse state in the United States and one of the most biodiverse places on the planet. Unfortunately though, it also has the highest rate of extinction per square mile on Earth. With global climate change causing a rise in ocean and air temperatures, shifts in currents and weather patterns, and an increase in the formation of large storms in the Pacific, species are dying out faster than ever. Here are 10 species from Hawaii that may not be around much longer. 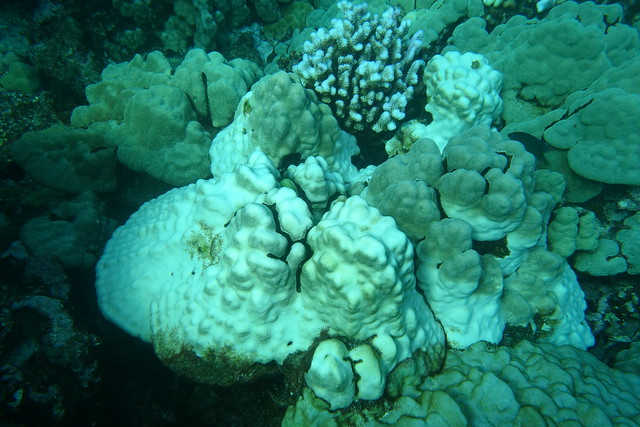 When ocean temperatures rise corals expel their zooxanthellae, the photosynthetic algae they rely on for energy. This process, called bleaching, is deadly to corals if water temperatures remain high. Making matters worse, acidification of the ocean caused by the absorption of atmospheric carbon dioxide, prevents corals from building calcium carbonate skeletons. When corals cannot make and deposit calcium carbonate, reefs cannot grow and repair themselves. Scientists expect that Hawaii will suffer its worst run of coral bleaching this year, due to ocean temperatures around the Islands being between 3°F and 6°F higher than normal. 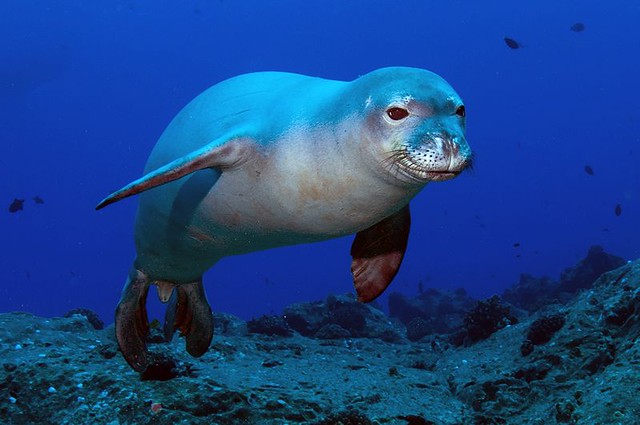 Overfishing, disease, and drowning due to entanglement in fishing gear reduced the monk seal population to just over 1,000 individuals in 2010. Although strong conservation efforts by the National Oceanic and Atmospheric Administration (NOAA) have helped increase monk seal populations in the main Hawaiian islands, warming ocean temperatures and sea level rise are a new threat to pupping beaches. The loss of corals further complicates matters. The fish that the monk seals depend on for food require a healthy reef ecosystem, which they no longer have. 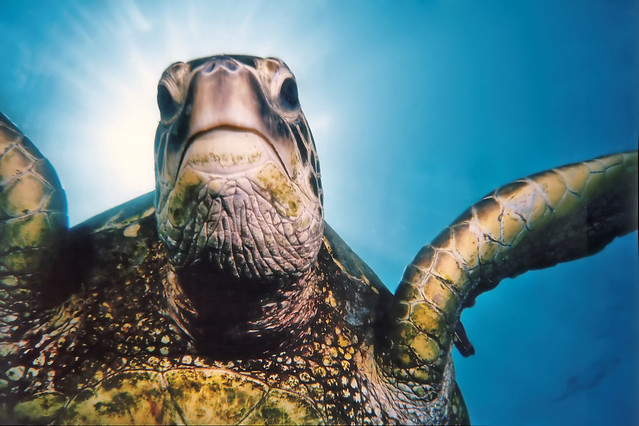 Warmer air temperatures increase the temperature of the sand where turtles go to lay their eggs. This can lead to changes in the sex ratio of hatchling turtles threatening the ability of future generations to reproduce. Turtles also rely heavily on reef ecosystems for food, and like the monk seal, the loss of corals means the loss of the ecosystem that provides food for the turtles. Warmer waters also cause changes in currents, which can alter turtle migration paths and feeding patterns. 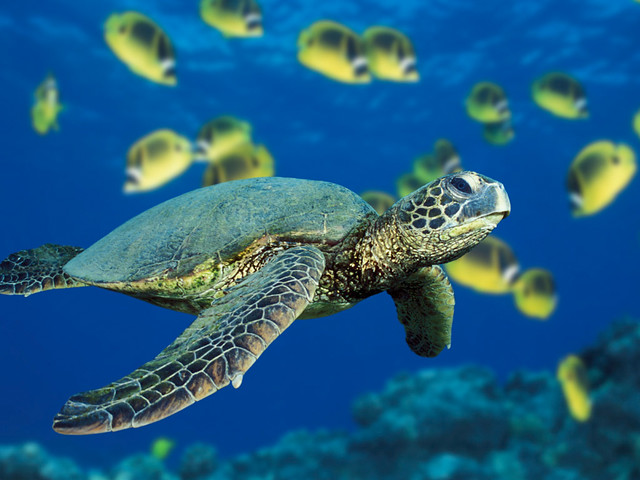 Found in waters off every main Hawaiian island, the hawksbill sea turtle nests on nine beaches on the Big Island, Moloka’i, and Maui. It is threatened by nesting habitat loss, predation, and poaching by jewelry makers who use their shell illegally. Like the green sea turtle, warming ocean temperatures complicate matters by threatening their food sources and migration patterns.

There are five species of silverswords in the world and all of them live on Mauna Kea, Mauna Loa, and Haleakala, the highest mountains in Hawaii. The beautiful silver plants thrive in dry, high-altitude locations by using fine hair-like structures to gather water from atmospheric moisture. Shifting weather patterns have created drier, warmer conditions and new seedlings are struggling to survive to reproductive age. Recent research provides strong evidence that climate change is the largest threat to these plants today. 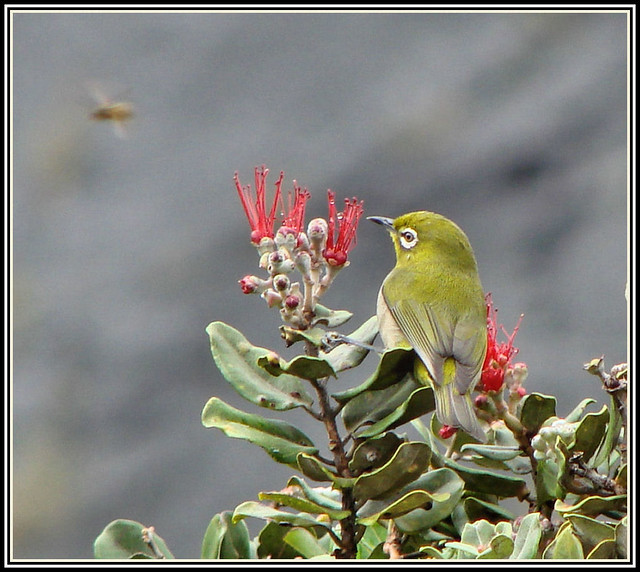 Honeycreepers were once a group of more than forty unique species of songbirds, but today less than 15 species remain. Habitat loss due to ranching activities, predation by feral cats and mongoose, and the spread of avian malaria by non-native mosquitos all contribute to the endangered status of these birds. Warmer air temperatures and changing rainfall patterns currently threaten the plant species the birds rely on for food, making it nearly impossible for populations to recover. Critically endangered honeycreepers on the Big Island, Maui and Kaua’i include: Kiwikui (Maui), ‘Akohekohe (Maui), Pu’ouli (Hawai’i), Palila (Hawai’i), Akikiki (Kaua’i) and Akeke’e (Kaua’i).

On Hawaii’s most populated island, O’ahu, every single species of honeycreepers has gone extinct.

The pueo is a species of short-eared owl that lives between sea level and 7,000 feet on every Hawaiian island. Because they are ground nesting birds, their eggs and chicks are vulnerable to predation by non-native dogs, cats, rats and mongoose. Human activity has greatly reduced the number of available native food sources, so now the birds primarily eat disease and pesticide carrying mice and rats. The largest threats to pueo at this time are nest predation by non-native species, vehicle collision, and infectious disease. 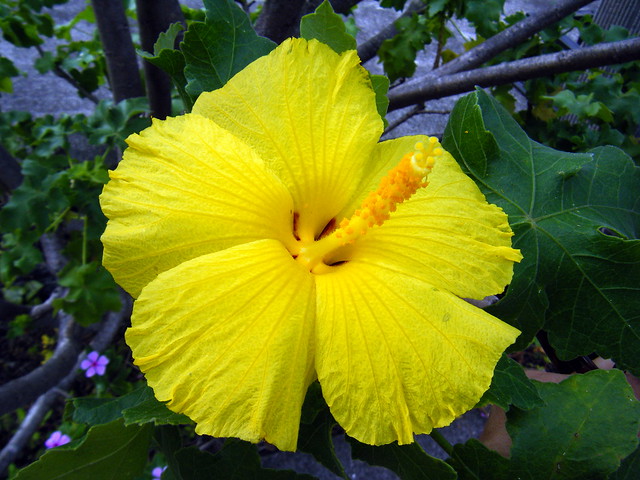 The ma’o ha hele is Hawaii’s state flower. It’s a hibiscus and is native to dry forest and shrub land from 400 to 2,600 feet above sea level. It blooms in spring through early summer and though rare, can still be found on all the main Hawaiian islands. Changing weather patterns and habitat loss threaten the species existence in the wild.

Found only on the Big Island of Hawai’i, this shrimp lives in landlocked bodies of water that have underground connections to the ocean. Siltation caused by development is harming the algae, bacteria, and small invertebrates the shrimp eats and thus threatening the survival of the shrimp.

With only 10 individuals known to exist in the wild, the koki’o is highly endangered. Changes in rainfall and temperature due to warming ocean and air temperatures threaten the last remaining trees.

How one wildlife photographer captured this award-winning shot 8 animals that take hallucinogenic drugs and enjoy it 7 best places to see dazzling bioluminescence For the perfect day of hiking and Colombian coffee, head to Jardín The Osa Peninsula is Costa Rica’s last wild frontier

The 12 coolest things to do in Kauai

8 stunning trails you need to hike in Hawaii

Why Lanai is the last tourist-free Hawaiian island

Popular Kuhio Highway in Hawaii reopens after a 14-month closure

There’s never been a better time to visit the island of Hawaii. Here’s why.

5 incredible ways to experience the island of Hawaii NOW

How to do an incredible backcountry hut trip through Colorado