ALASKA is the USA’s largest state and home to Denali, the highest peak in North America. To put this into perspective, the state has a longer coastline than all the other US states combined with a land area of 663,268 square miles. Alaska is huge in size but relatively unpopulated. With around half its population (735,000 people) living in the Anchorage area, that leaves a hell of a lot of uninhabited and remote wilderness. In 1867, the US bought Alaska from Russia for a paltry 7 million dollars… The steal of the millennium in my opinion.

1. The bears at Beaufort Sea Keyhole by Kent Mearig on 500px 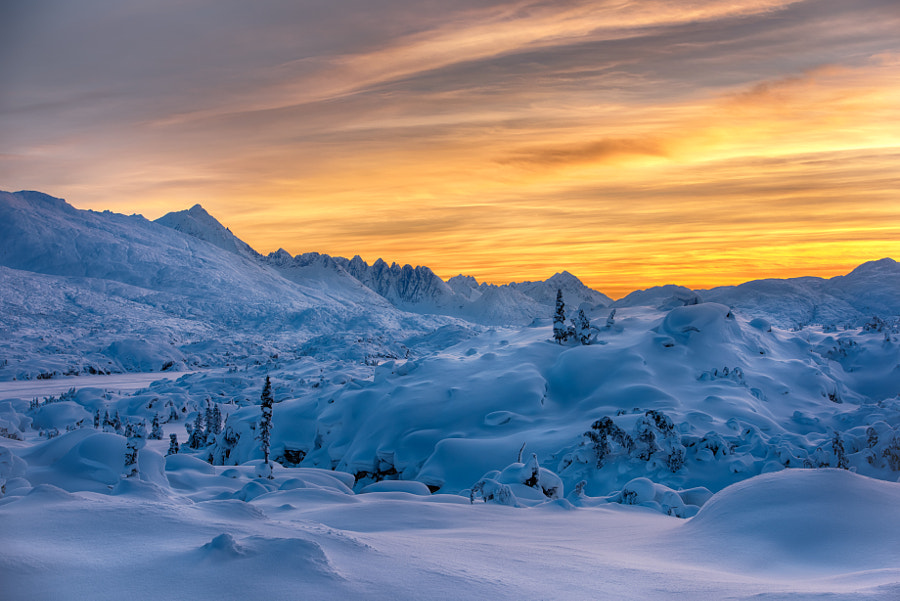 Inside a floating ice by Pete Wongkongkathep on 500px

7. Flight from Unalakleet to Anchorage Land of Magnificence by reductron on 500px Road to Denali by Gilles Baechler on 500px 13. Driving away from Wrangell-St Elias

On the way by Chunyao Wei on 500px o by Chris Burkard on 500px

Tagged
Galleries Alaska, United States
What did you think of this story?
Meh
Good
Awesome