The world’s governments are going to hand fossil fuel companies a $5.3 trillion “subsidy” this year, which is way more than their combined spending on health care, IMF experts reported this week.

And by subsidy, they mean a whole lot of things. It’s not only the direct funds for coal, oil and gas companies. In their new paper the IMF analysts are also gauging what consumers pay versus the actual cost of fuel — environmental and health side effects included. Hence the trillions.

GlobalPost broke down some of the new IMF estimates, along with a few numbers from the World Health Organization, into a series of charts to put this shocker into perspective.

First: Say hello to the world’s biggest fuel subsidizers of 2015 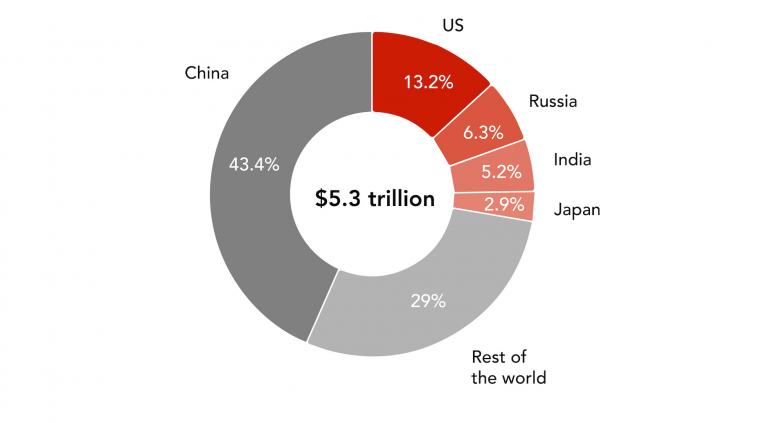 These rates are based on IMF estimates.
Chart: Aleszu Bajak/GlobalPost

Second: Look at what fuel companies get vs. health care

Now, seeing those dollar numbers by country, per capita, changes things a bit

Per capita, subsidies for fossil fuels vastly outweigh what countries like Russia and China pay for their citizens’ health. In countries like the US and Japan, public health spending is much higher.
Chart: Aleszu Bajak/GlobalPost

And here’s a closer look at the differences

By Aleszu Bajak and Alex Leff, GlobalPost
This article is syndicated from GlobalPost.

The Hunt for Beyondland: The Great American Family Road Trip
I moved to Mexico for a better life during COVID-19. It’s the best decision I’ve made.
Why Martinique Lewis reimagined the Green Book for the modern Black traveler
This visualization shows the world’s tallest buildings over the past 100 years
This map shows the most popular film in every country