All photos by Carin Hall

ON A RECENT TRIP to Cambodia, I had the privilege of studying under the mentorship of the well-regarded photojournalist, Jonathan Taylor. Known for his raw black-and-white images of hit men, drug addicts, crime scenes and the like in Southeast Asia, Taylor’s photographs have been featured in The Independent, The Guardian, on covers of Time Magazine, and in other top publications around the world.

Between the time I spent with him during a one-on-one workshop, fieldwork at local villages and temples, and an informal interview over drinks, here’s what I learned.

Get your basics down.

For the first couple of hours I spent with Taylor, he sat me down for a quick review of basic technical and compositional proficiency. We went over aperture, shutter speed, ISO and white balance; then, basic composition, including the rule of thirds, leading lines, framing, texture and repetition. He had me practice each on the spot within the confines of a shared office space. Despite having spent years in classrooms learning the basics of photography, these simple exercises helped me revisit some important foundations critical to my performance. As a refresher, I now regularly give myself small and specific assignments, so that I waste less time contemplating a shot when it counts.

For one assignment, I walked through a remote village of Siem Reap, photographing locals alongside their homes as Taylor reviewed my images intermittently.

“Every time you’re about to shoot, I want you to get 3-4 feet closer than where you think you should be,” he urged.

It felt so unnatural to me at first, as if I was invading the space of complete strangers with whom I had no common language. With some practice, however, I noticed an immediate shift. As long as I approached people gently yet confidently and with respect, my presence was not a bother to them. In addition to improving the intimacy of my photographs, I started feeling like less of a spectator from afar and more a part of the scene itself. 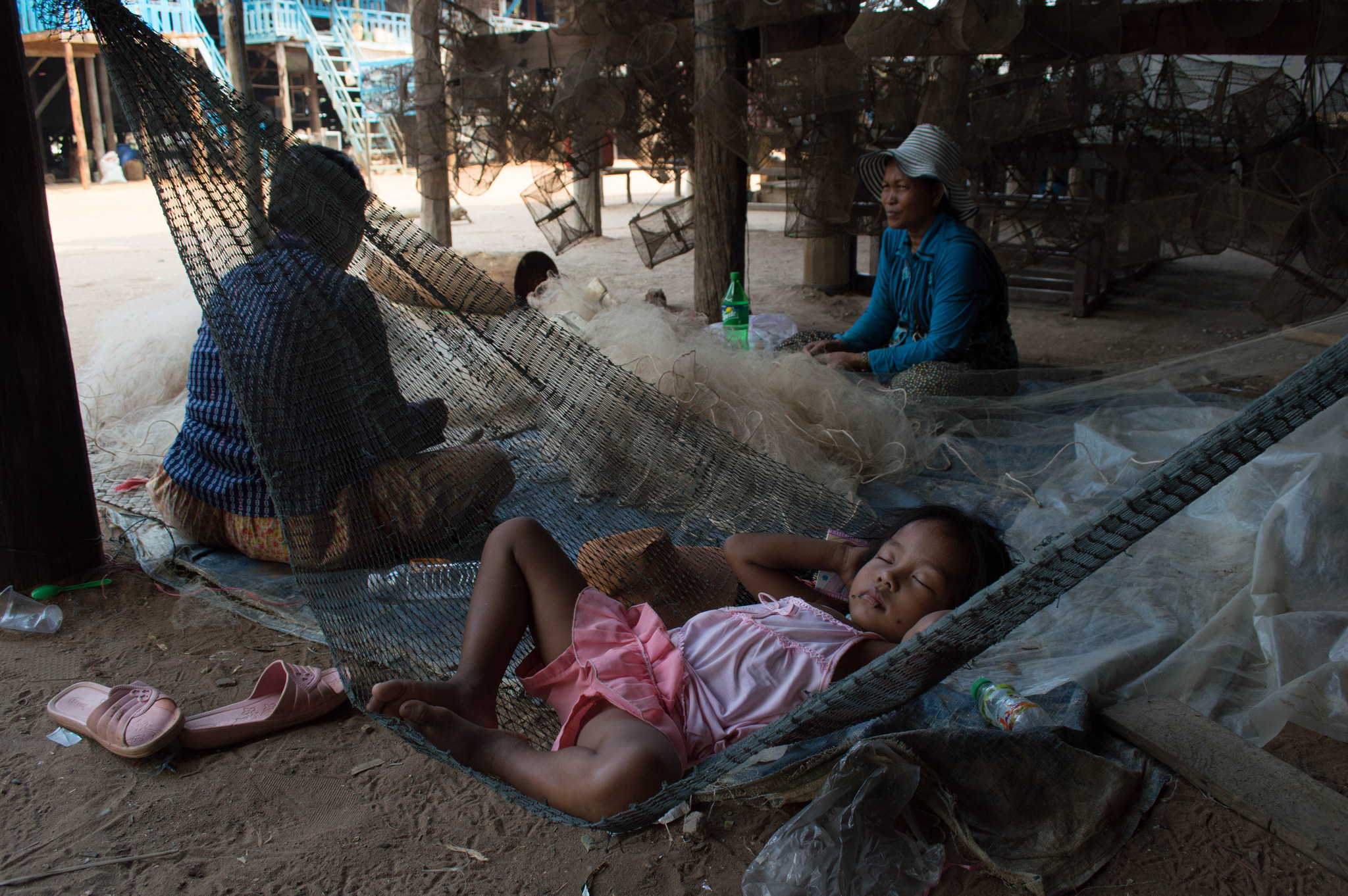 Make your camera a natural extension of yourself.

Emphasizing the importance of practice, Taylor told me to start shooting anything and everything to fine tune my skills as a photographer, challenging me to capture the seemingly mundane while making it interesting. Rather than waiting for the right moment or overthinking it, I now push myself to shoot regularly for the mere purpose of building my confidence as a photographer, capable of shooting a range of subjects unapologetically. 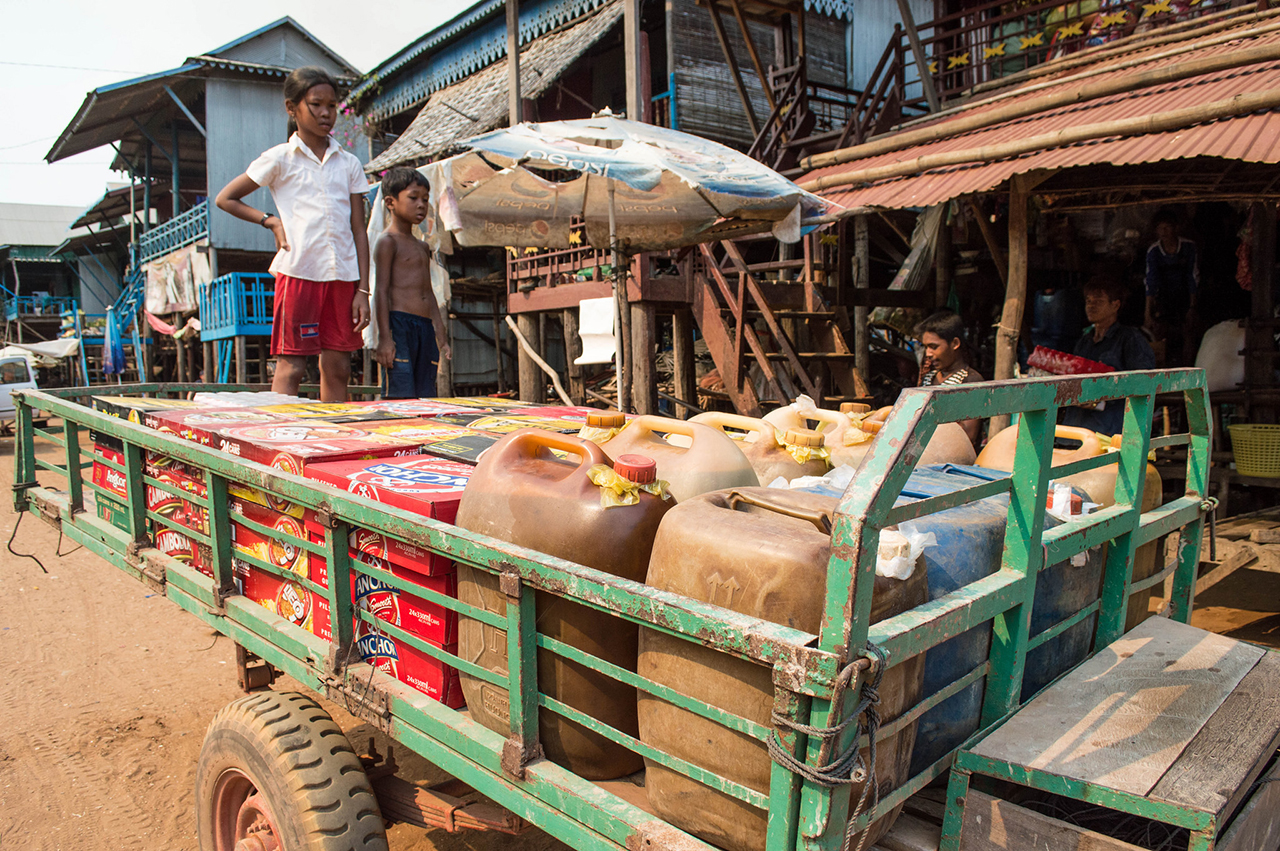 Speaking of practice, Taylor suggested broadening myself as a photographer by looking into commercial work. In addition to helping supplement income in a tough industry, working with clients on highly specified projects is a great way to maintain or enhance technical knowledge and abilities. It’s a way to get paid for essentially practicing idyllic ‘clean’ photography. Now that I’ve started freelancing in real estate photography, I already notice improvements in quality that directly translate into my more personal work.

In another assignment, Taylor watched as I experimented with different angles to capture images of some of the most photographed temples in the world at the Angkor Wat complex. Quickly frustrated as I was suddenly surrounded by busloads of selfie-stick carrying tourists, Taylor chuckled and challenged me to turn the camera away from the “obvious shots” and try to capture the humor of the situation instead. 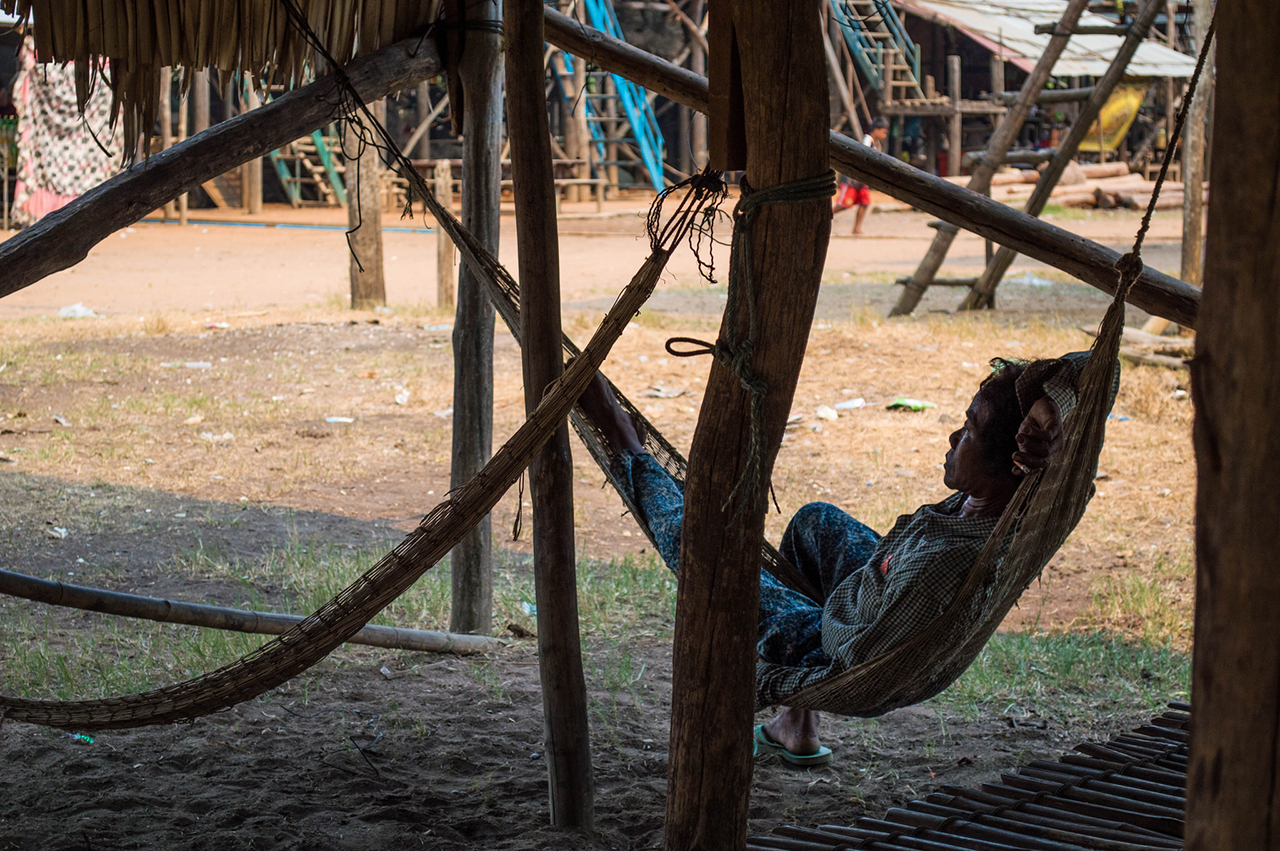 Do not strive for perfection.

Departing from more artistic forms of photography, photojournalism is not about achieving “perfect” photographs, Taylor explained. “I can do pretty, but that’s not the goal of documentary work. It’s about balance,” he said. I try to keep this in mind now when shooting and I’ve realized that what’s best for the story is not always the most well-planned, focused or creatively angled shot. 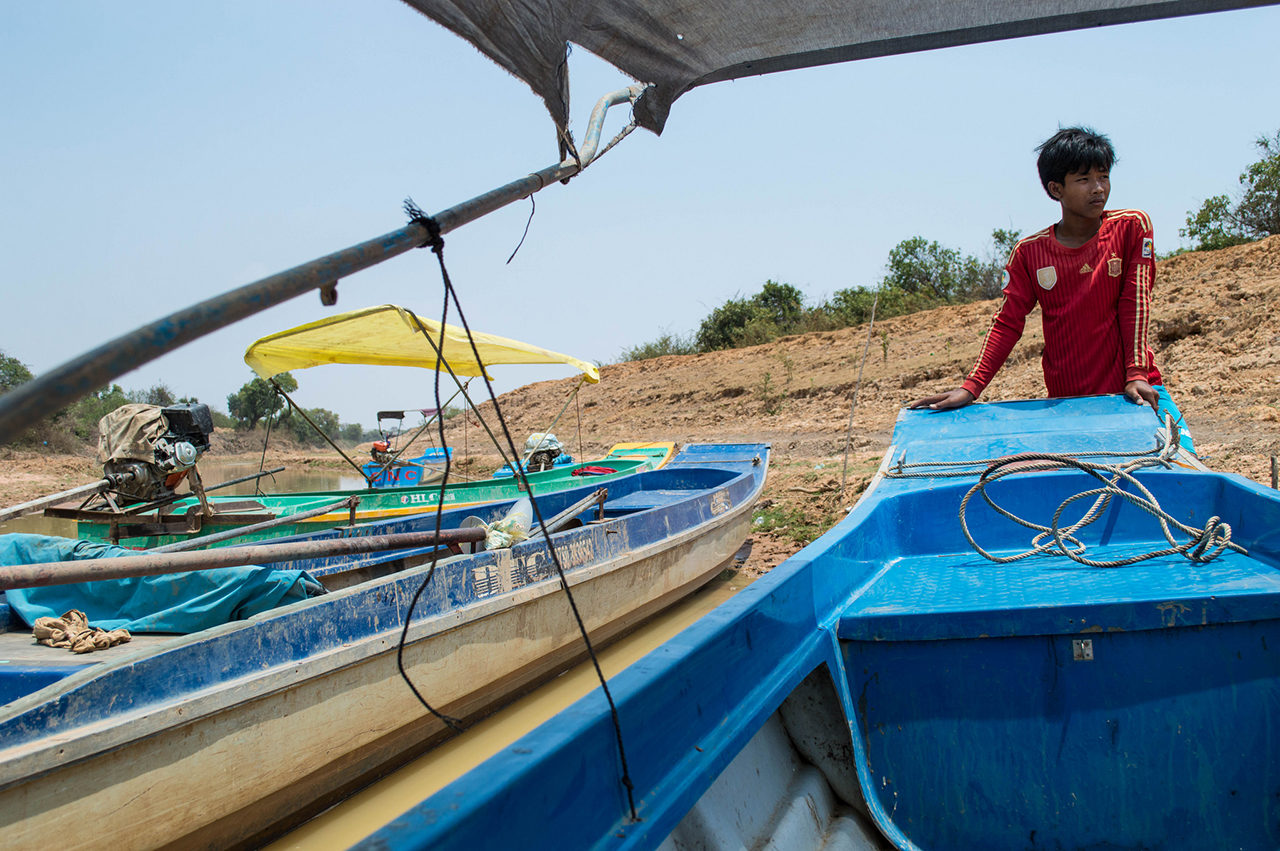 Do not bend a story to your own version of the truth.

When I asked Taylor about the ethics of the industry, he let me in on one of his biggest frustrations. “There are major news organizations that come along and see that the reality of the story they’re after is not the same as it was from the comfort of their home, so they try to manipulate the facts,” he said. “It’s incorrect journalism–it’s wrong.”

“A lot of planning goes into every story, but you must be careful not to distort the reality of the situation to your preconceived notions,” Taylor explained. “All you can plan for is your opening shot, follow the story, and then try to sum it up in a closing shot. You may find things along the way that help you with another story, or that offer new perspective—you should expect that. But, be prepared in a way that you’re not surprised by a situation, and in a way that you can remain a participant and an observer.”

Don’t expect to be a savior

When I asked Taylor what stories he felt his work had the greatest impact on, he half smiled and explained, “Photographers, especially in the infancy of their careers, assume that they are capable of leaving some grandiose imprint on a particular issue that could fundamentally change the world in some way. In reality, a photograph is lucky to provide a pinprick of change in the right direction. And, that’s ok as long as we’re not having a negative effect on any given situation.” He warned that perpetuating negative imagery has sometimes even made particular situations worse. 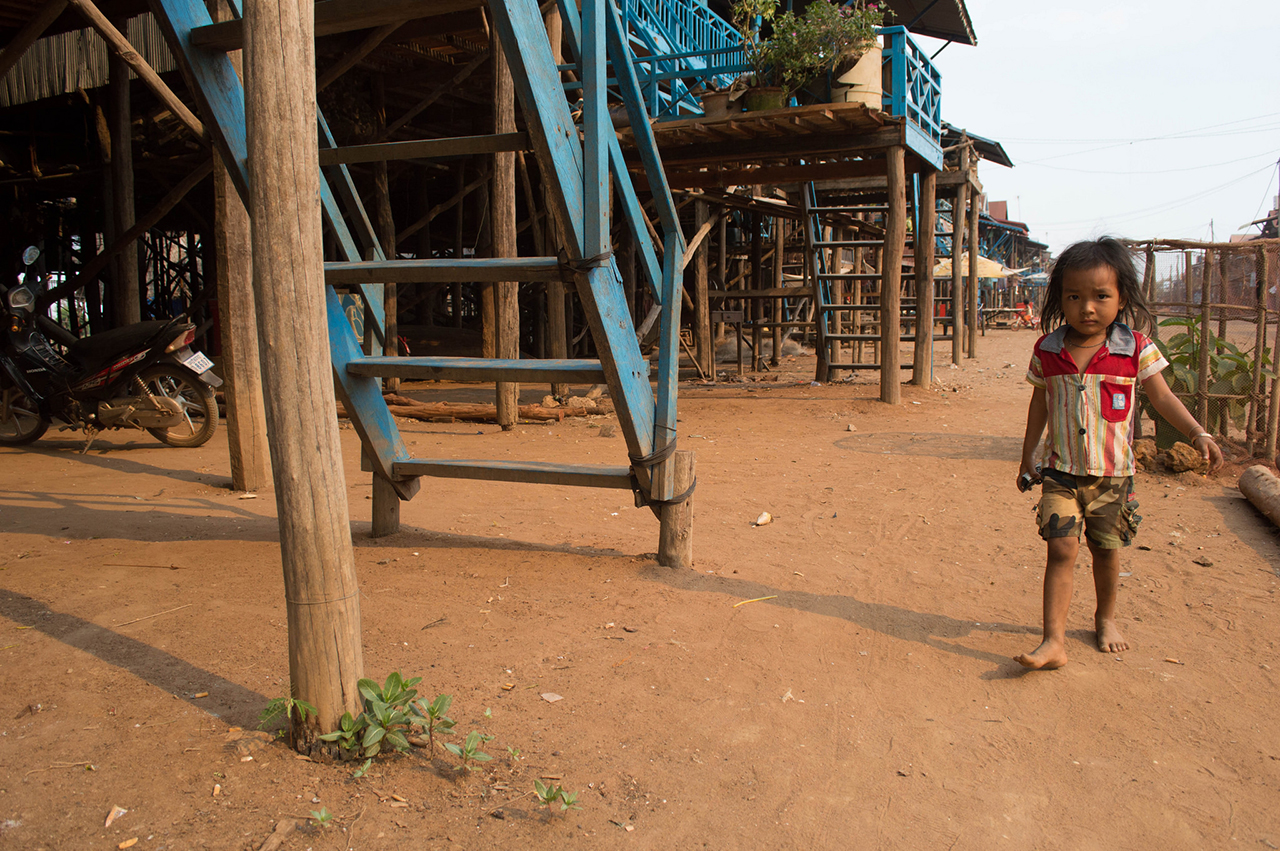 Keep your ego out of it.

Considering today’s practically salary-less environment in photojournalism, Taylor insists that it’s crucial to have a genuine passion for what you’re covering. “It has to be completely about the subject, and not the ego of the photographer. The moment the ego takes over, you lose the story, and possibly the dignity of those being covered. It can’t be about earning money at the end of the day, because it’s not just a vocation, it’s a passion.”

Have a soft foot, but don’t be afraid to interact with your subjects.

When Taylor noticed I was having trouble approaching people with my camera without standing out, he started interacting with people directly around me, making small talk the best he could in the local language or tossing a toy around with children. He taught me that while it is ideal to go unnoticed while photographing, sometimes it’s unavoidable. So, I put the camera down for a bit and we worked on getting people comfortable with our presence. It allowed me to capture the candid photos I was going for once they cared less about what I was doing and went back to what they were doing. 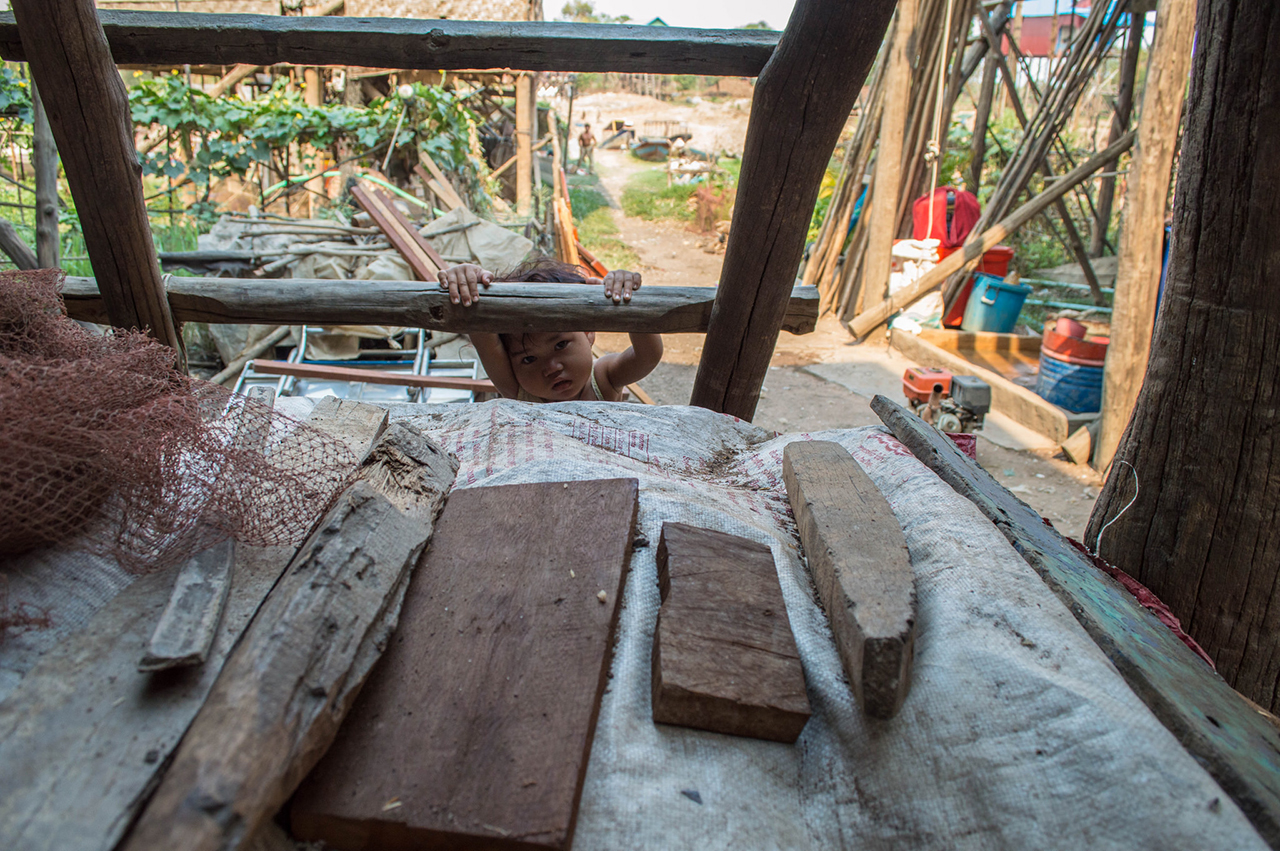 Respect the story and all subjects involved

“Know how to respect boundaries,” Taylor explained when I asked about some of the worst mistakes he’s seen other students make. “Try to have at least a basic understanding of the culture and an empathy for the people you meet without taking your own prejudice with you.”

Tagged
Photo + Video + Film Cambodia
What did you think of this story?
Meh
Good
Awesome

How To Visit the Arcadia Backpacker Hostel's Awesome Waterpark in Cambodia