The moment you arrive on Vancouver Island the hectic pace of everyday life immediately melts away. Ocean waves pound the rugged shoreline; dazzling green rainforests are packed with giant moss-covered trees; and small fishing/logging communities buzz with colorful, friendly people proud of their home. Vancouver Island is located off Canada’s West Coast (less than a two-hour ferry ride from Vancouver), and stretches 460 kilometers (290 miles) in length, making it the largest island on the West Coast of North America. Nearly half of its population (less than a million people) lives in or around the province’s trend-setting capital of Victoria on the southern tip, so you can find solitude often in one of the most diverse ecosystems in the world. Here are 10 reasons why you should visit Vancouver Island. 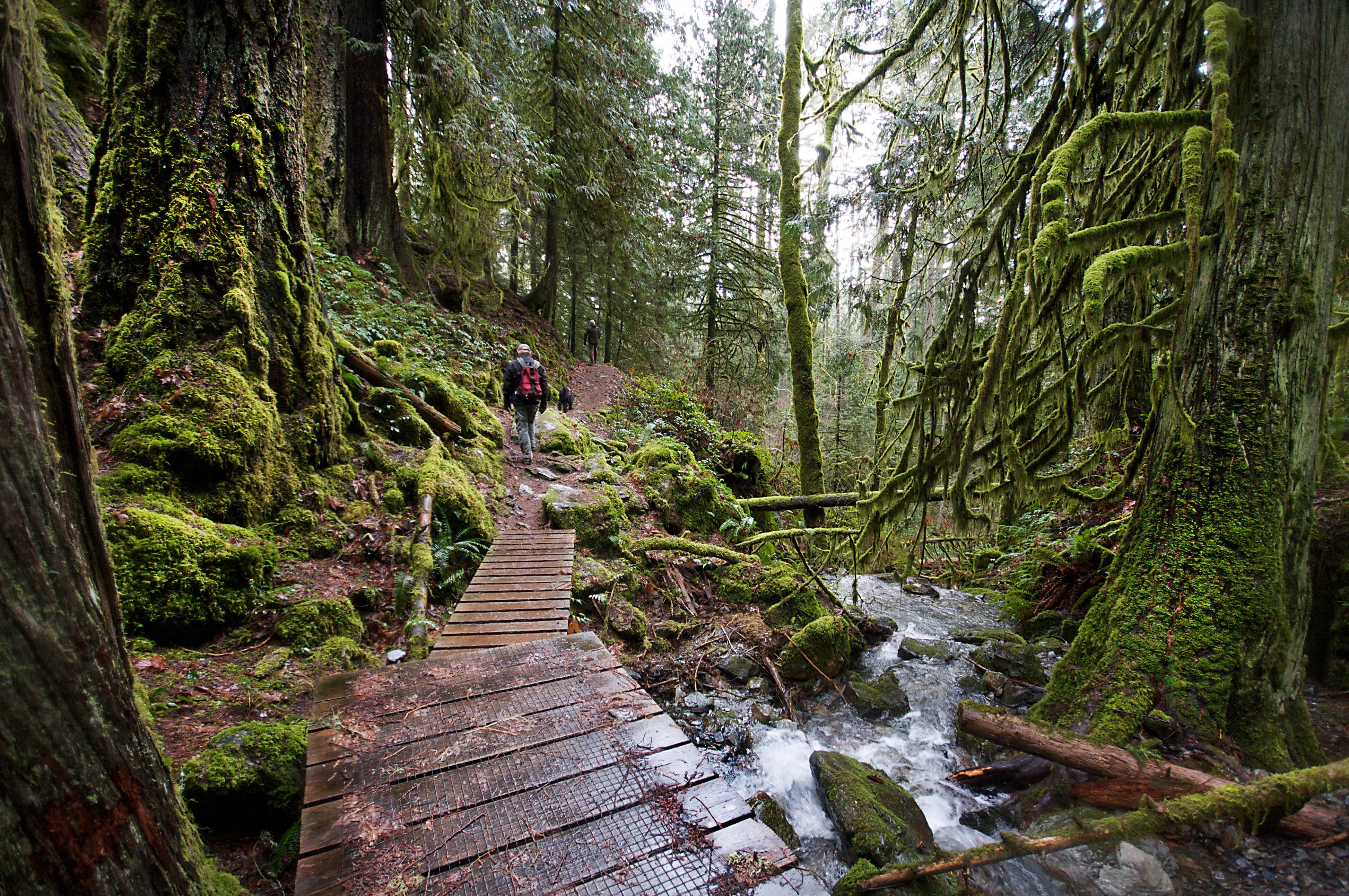 You don’t have to be a hardcore hiker in order to strap on your hiking boots and hit one of the many beautiful trails on Vancouver Island. Vancouver Island is best known for the challenging 75-km (47 mile) West Coast Trail, but there are a wide variety of scenic trails, ranging from easy day hikes to challenging multi-day treks that meander along the ocean; plunge into lush rain forests; or lead hikers to the top of a mountain with dramatic and beautiful views. For adrenaline junkies, there’s plenty of mountain bike trails to get your heart pounding. 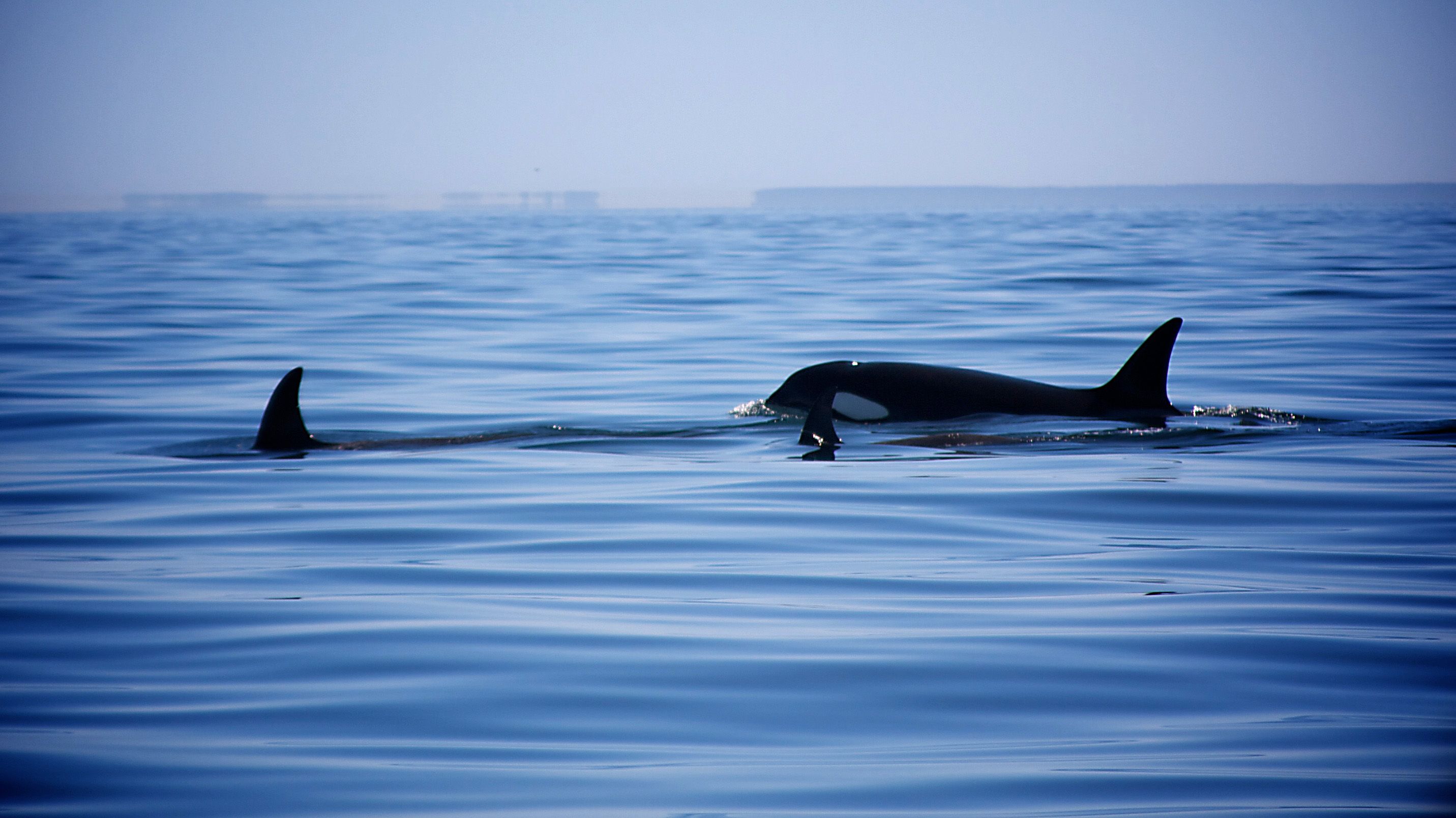 Orca off the coast of Victoria. Photo: Pamela Roth

Every spring, some 20,000 Pacific grey whales make their way past the western shore of Vancouver Island, travelling from Mexico to their summer feeding grounds in the Bering Sea. The 30-ton giants can be seen from shore as early as February and travel the same route back in the fall, creating a frenzy of excitement among whale watching enthusiasts. An estimated 79 Orcas (killer whales) live in the waters around southern Vancouver Island. Another 250 live off the northeast coast, along with humpback whales (during the summer months), minke whales, sea lions, harbour seals, otters and harbour porpoises. Grizzly bears can wander the shores of the remote Knight Inlet on the mainland — a two-hour boat ride from Telegraph Cove on the Island’s north coast. The Island is also home to black bears, cougars, wolves, elk, deer and many migrating birds, making it one of the best places in the world for wildlife and whale watching. 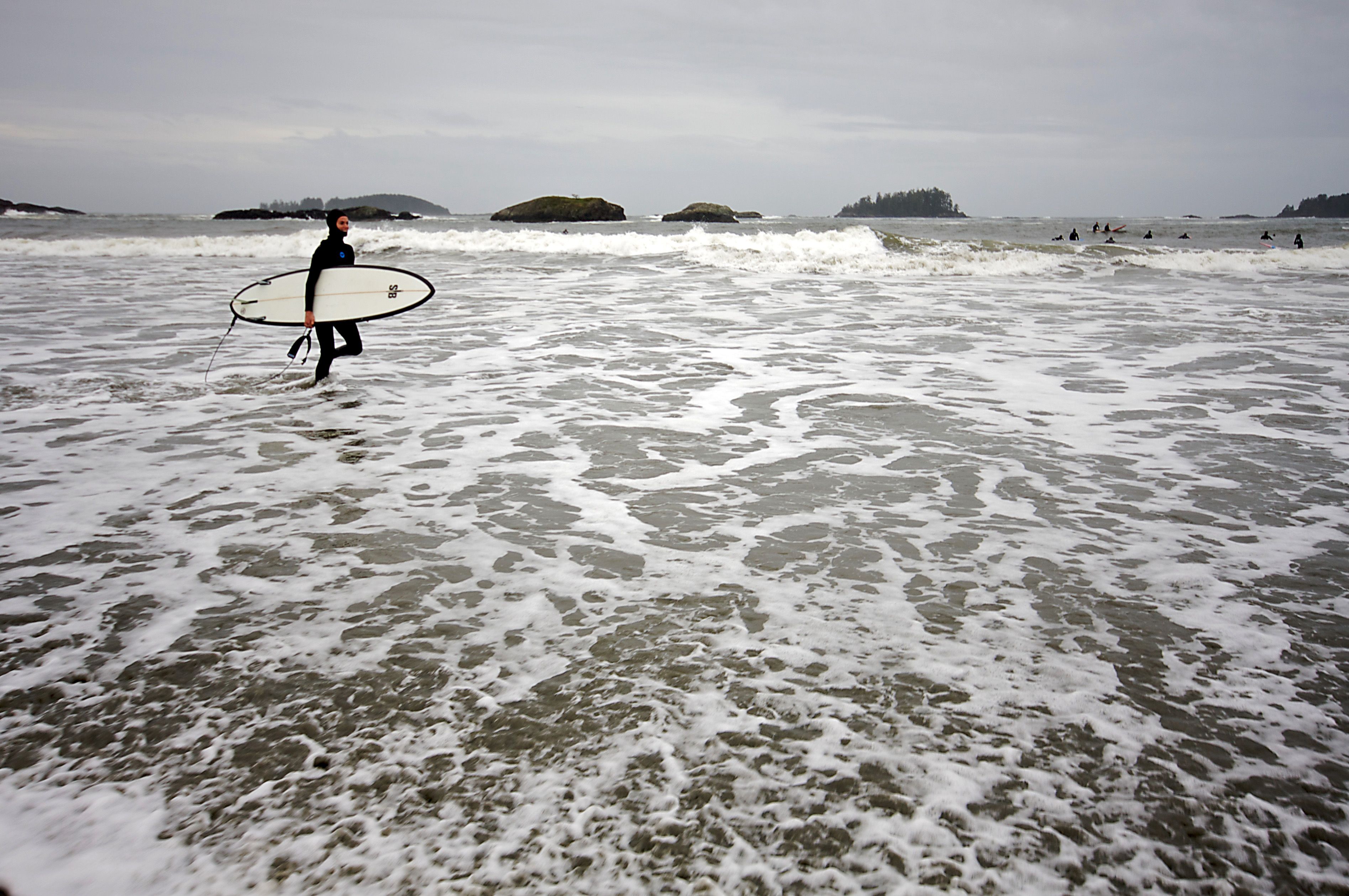 The turbulent waters off the Island’s west coast inspire thousands of people to slide into a wet suit and plunge into the chilly waves rolling in off the Pacific. The most popular area for surfing are a string of sprawling white sandy beaches with big waves between the communities of Ucluelet and Tofino. This area is known as Canada’s surf capital, offering lessons, camps and rentals for those brave enough to step into the ocean that has a year-round temperature of 10C/50F. Jordan River and Sombrio Beach are popular destinations to surf on the south end of the Island, although the waves are much smaller. 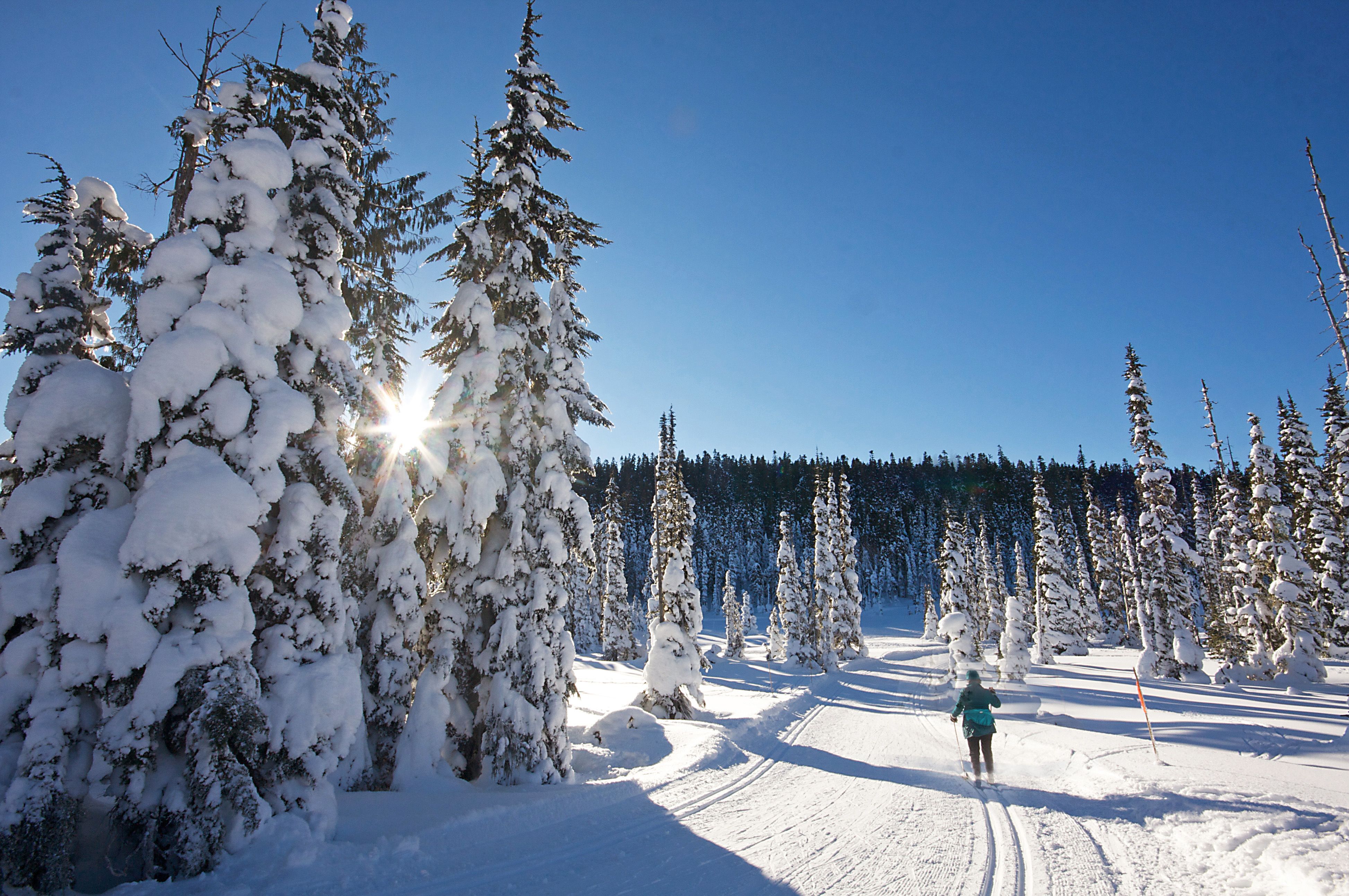 There aren’t a lot of places that you can go kayaking in the morning and skiing in the afternoon. During the winter months, the rugged mountains in the Island’s interior turn into a winter wonderland, attracting snowmobilers, snowshoers and skiers to come and play in the deep powder. Mount Washington, the Island’s only ski resort, boasts an average annual snowfall of 1,150 cm (38 feet), along with panoramic views of the ocean and Coast Mountains on the mainland. The snow remains year-round on some of the Island’s highest mountain peaks. 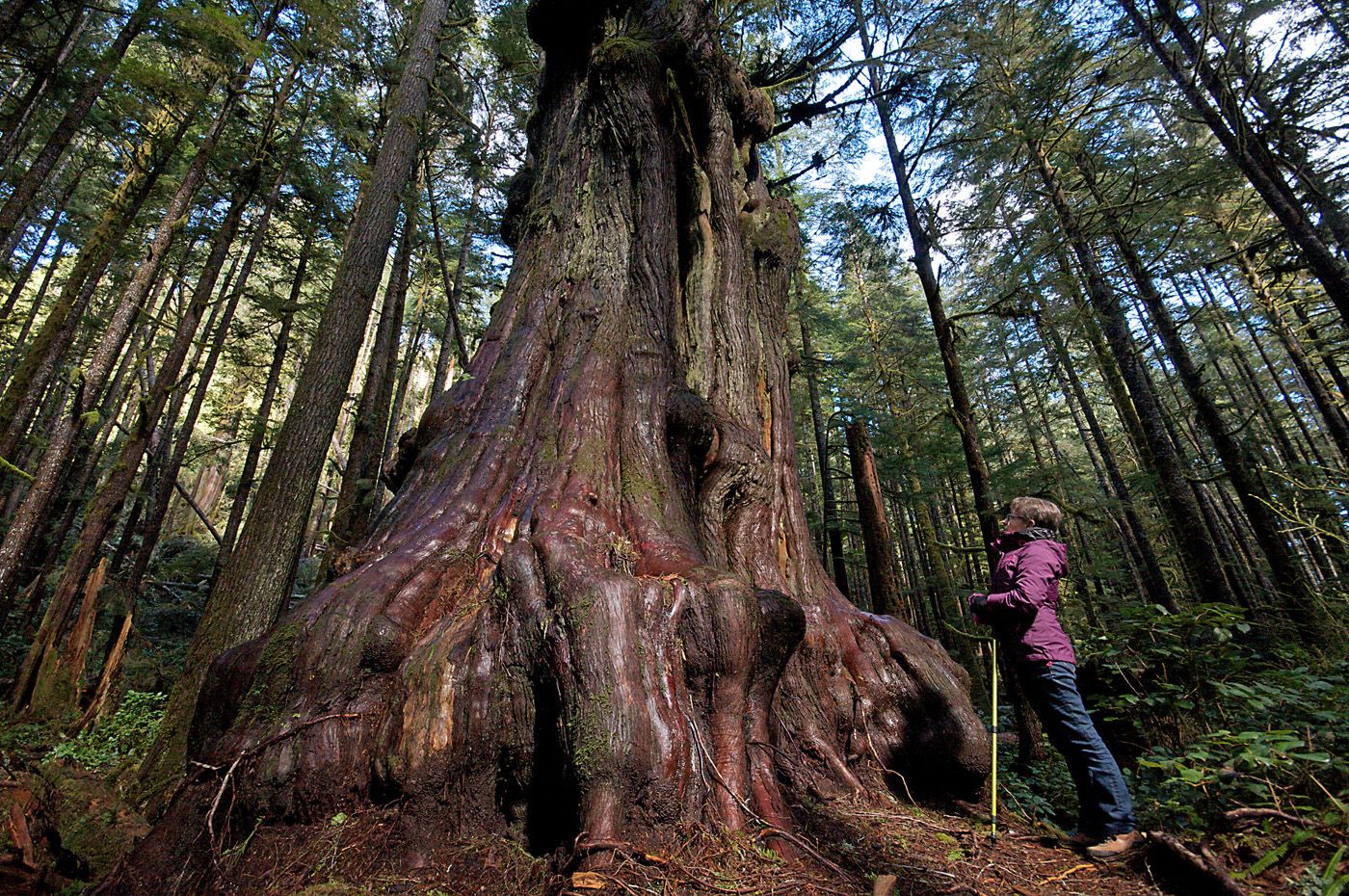 Strolling through some of the forests on Vancouver Island can feel as though you’ve been transported into another world. Groves of massive old-growth trees are found in a few pockets scattered around the Island, in the temperate rainforest biome with a mild climate and high rainfall, with some trees stretching over 90 meters tall and 20 meters wide. Cathedral Grove (on the central Island) has roadside access to an 800-year-old Douglas fir forest while Goldstream Provincial Park (just outside of Victoria) has a 700-year-old temperate rainforest with huge Douglas fir and western red cedar trees. Some of the largest and most intriguingly gnarled trees in Canada are found near the small fishing and logging village of Port Renfrew on the Island’s southwest coast.

6. There are wineries and fresh fruit.

As you drive around the Island’s busy southeast section, you’ll come across a string of wineries offering tastings and tours. More than two dozen wineries can be found among Vancouver Island and the neighboring Gulf Islands, in four wine regions: the Comox Valley (central Island), Gulf Islands, Saanich Peninsula (just north of Victoria) and the Cowichan Valley — the largest and most prominent grape-growing region on the Island. Many of the wineries are small and family-owned, and some have produced award-winning wines. Farm stands selling locally grown produce along the road can be found in many of the same areas.

7. It’s easy to get off the beaten path. 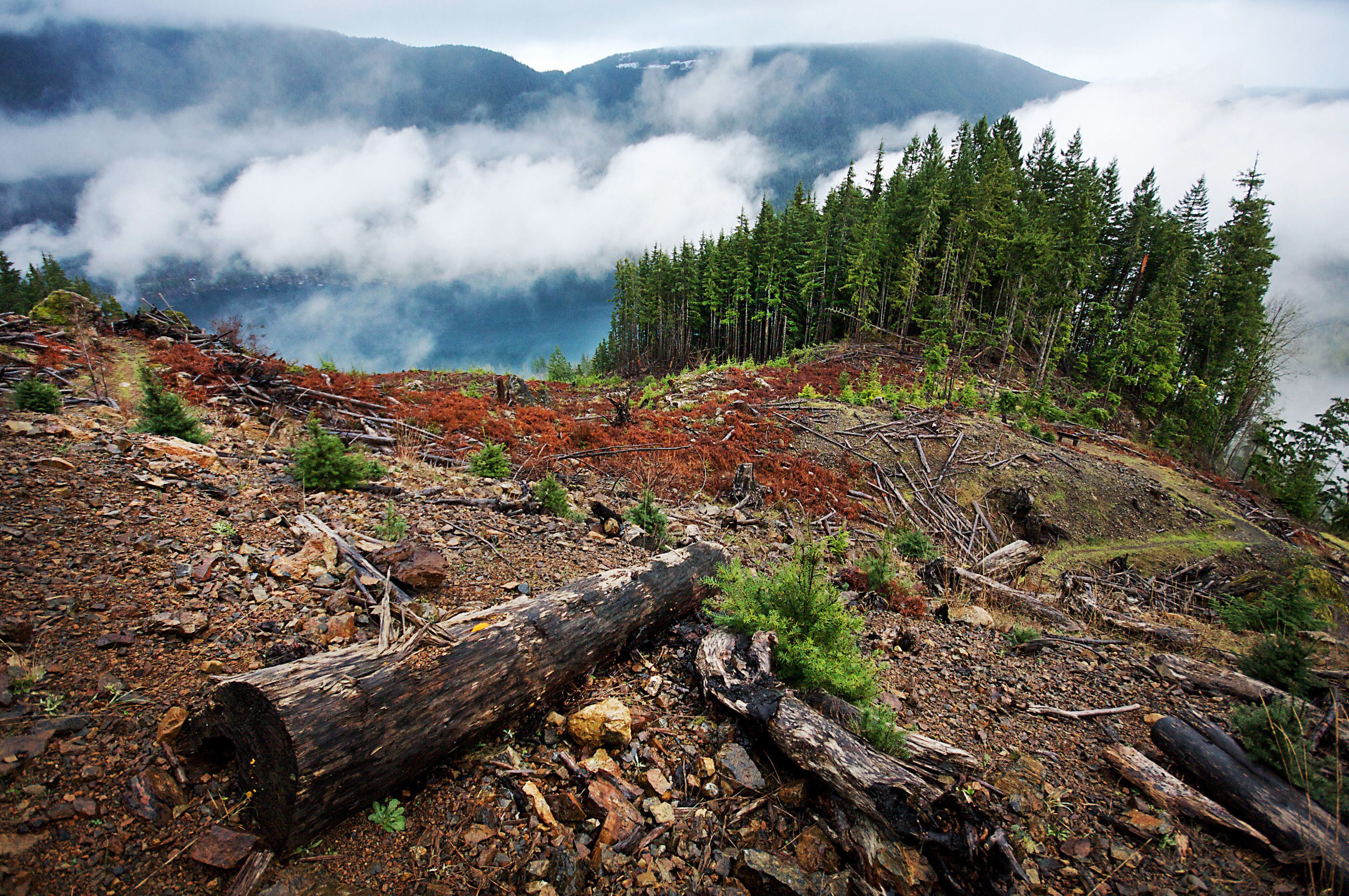 The bulk of Vancouver Island’s population lives on the eastern or southern coast and there are only a handful of roads to choose from, so it’s easy to get off the beaten path and feel a million miles away from civilization. One of the many places off the beaten path is Cape Scott Provincial Park on the northern tip of the Island, where few people venture into the wild backcountry to explore the pristine rainforests, wide stretches of remote beaches and experience nature. Nootka Island (located off the Island’s west coast) requires a boat or float plane to get to — common among many small First Nations communities scattered throughout the Island’s remote regions. This includes the fishing hamlet of Kyuquot, which takes about 10 hours to get to on the MV Uchuck II from Gold River. Other remote areas off Vancouver Island can be accessed by kayak. 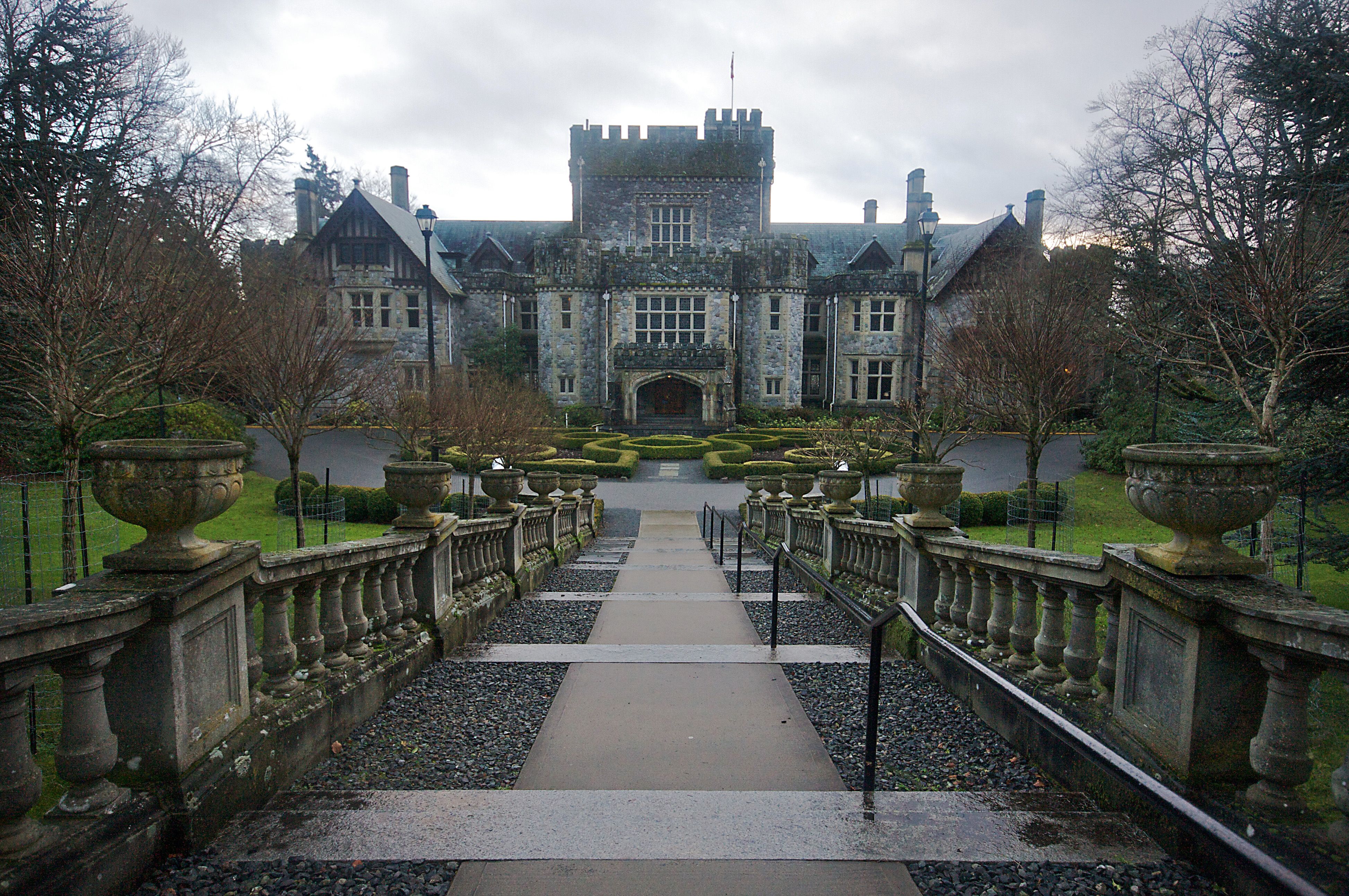 This is Hatley Castle, a popular place for visitors and film companies to shoot. Johnny Depp is currently there…
Photo: Pamela Roth

A visit to the province’s lively capital is a must. The historic city of approximately 360,000 residents is packed with great restaurants, colorful buildings, two castles, a picturesque harbor, beautiful parks, endless summer festivals and plenty of craft breweries. With more than a dozen breweries and cider-makers to choose from, the city has been dubbed B.C.’s craft beer capital and is home to Canada’s first brewpub.

The small City of Campbell River, known as the salmon capital of the world, turns into a frenzy of fishing activity during midsummer to late fall as hundreds of thousands of salmon come home to spawn. It’s a spectacle that can be seen in many rivers and streams throughout the Island. The Island is home to five species of salmon, steelhead, rainbow and cutthroat trout, rockcod, lingcod, shellfish, and halibut — a popular game fish that can be almost as big as the fisherman. Charters and lodges can be found in many popular fishing locations, some of which are well off the beaten path.

10. There are intriguing islands off the Island. 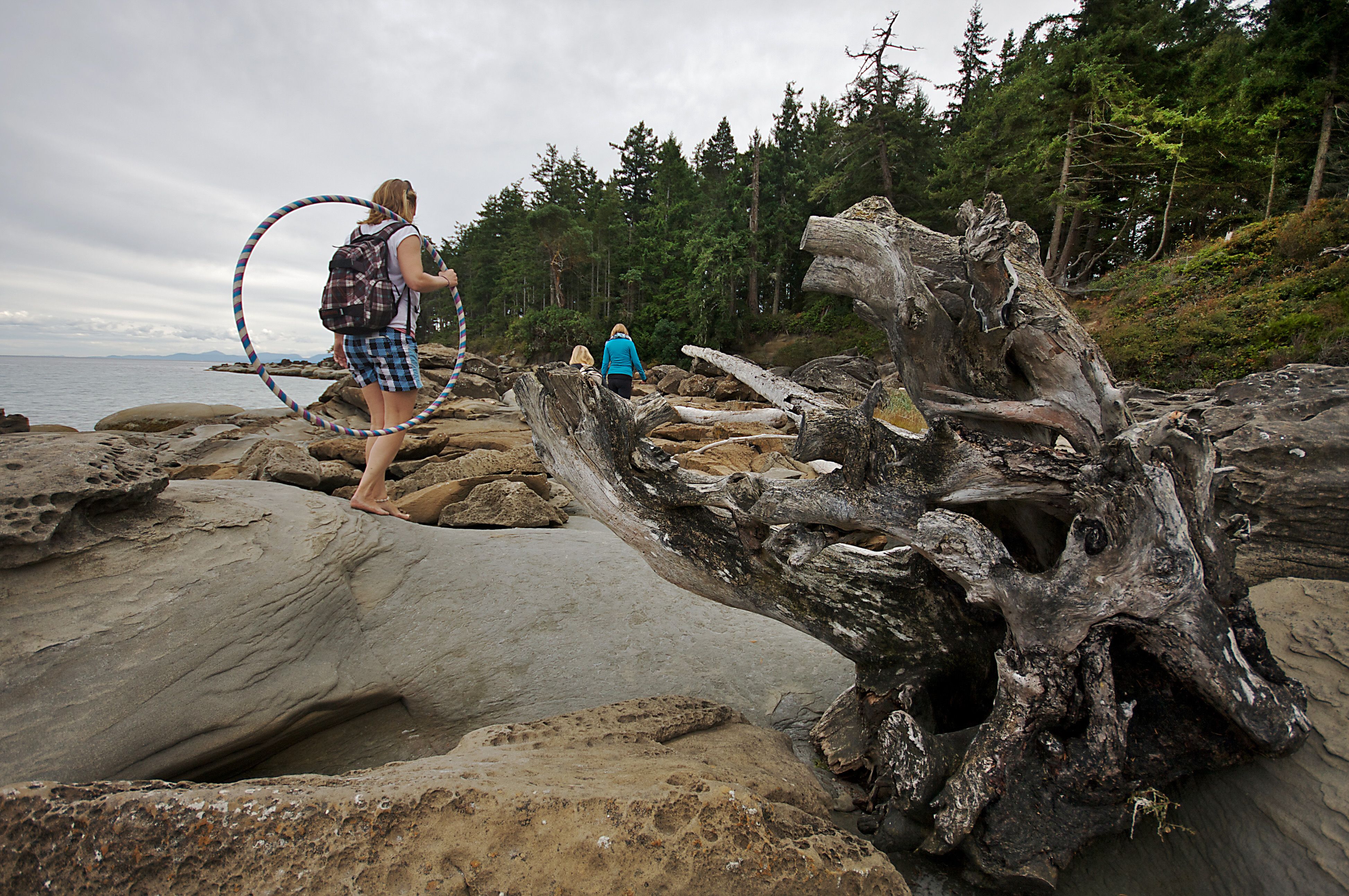 More than 200 islands which vary in size and population are located just off the main Island’s southeast coast. The Gulf Islands are known for their artists, wineries, small farms and friendly locals often found hitching to get from Point A to Point B. The main islands are accessed by a short ferry ride from Vancouver Island, with Salt Spring being the largest and most populated (10,500 people). Each island has its own vibe, with hobby farms and artisans scattered amongst funky little villages lined with shops selling tie-died shirts. The sheltered waters are also ideal for sailing, scuba diving, kayaking, and fishing.

Tagged
Trip Planning Vancouver, Canada
What did you think of this story?
Meh
Good
Awesome

How To Get To Stotan Falls on Vancouver Island