Sun, surf, and sand. Beach vibes and a laid-back lifestyle. If you want to put a pin in a city that best represents iconic California, all signs point to Huntington Beach — which rightfully touts itself as Surf City USA.

Yes, you’ll find killer waves and sun-kissed beaches here, along with all of the luxuries Orange County has to offer, only without pretense or attitude (forget what you see on Real Housewives of OC — Huntington Beach folks are the real deal). But that’s just the start. Pack your bathing suits and board shorts, but don’t forget a pair of hiking shoes and a growler — you know, just in case you run into some surprises along the way.

1. Your dog might love it here more than you. 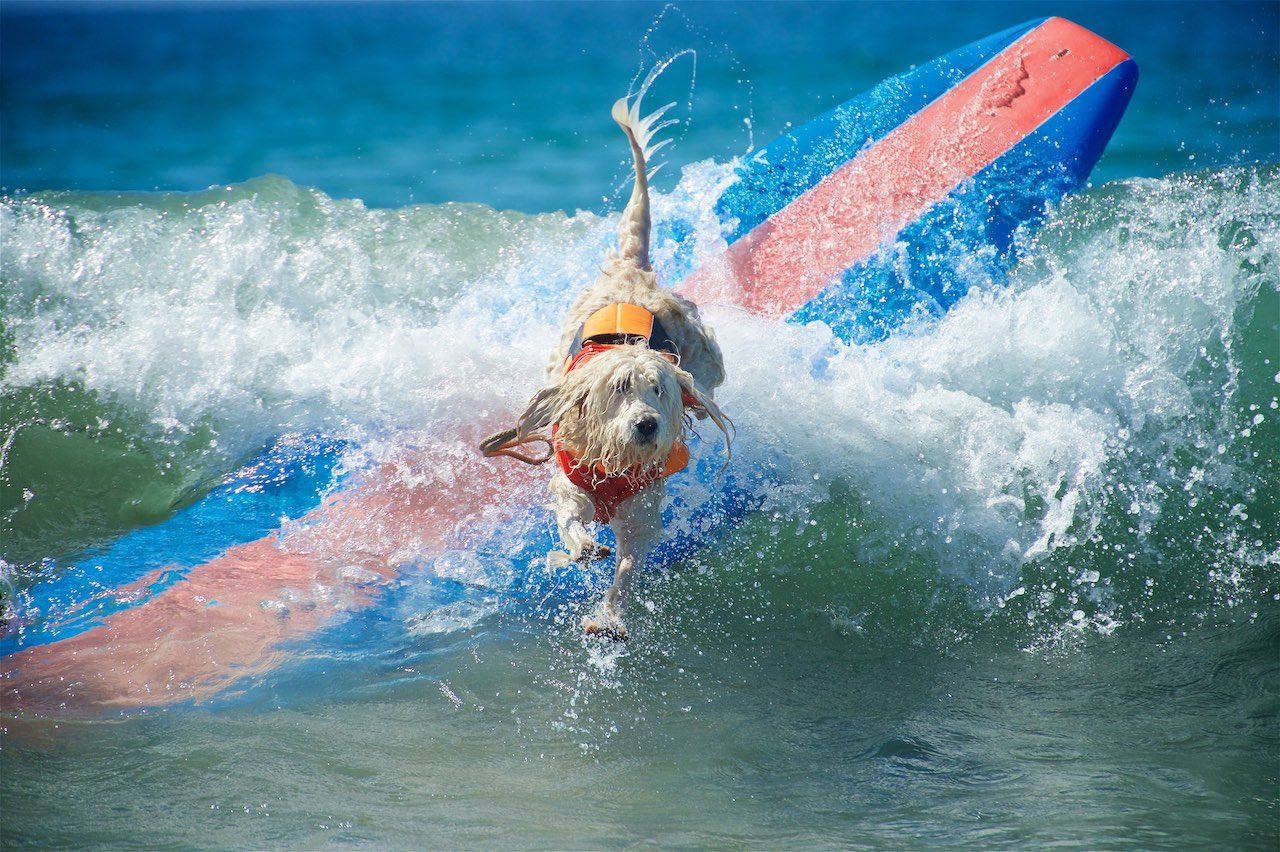 If all dogs go to heaven, they’re probably going to Huntington Dog Beach. This stretch of sand sits along the Pacific Coast Highway (PCH) between Seapoint Avenue and 21st Street, and it’s a great chance for Spot to stretch her legs and snag some play time with other beach-lovin’ dogs while you catch some sun. And extra time along the PCH is never a bad thing.

The adjacent Huntington Dog Beach Trail clocks in at a round-trip distance of 1.6 miles for those who prefer to keep things moving. For the record, a city ordinance requires dogs to be leashed, and this is the only place where you won’t get a fine (barring some catastrophe, of course). Though, in general, it’s smart to assess how your furry mate responds to the surf, sand, and other dogs before going off-leash.

Bonus: You may run into So Cal Corgi Nation Beach Days or a doggie wedding.

2. The best days start with some sugar.

If there’s one local’s tip you get from reading this piece, it should be to start your day at Sugar Shack Café, in downtown HB. The vibes here are super mellow. Surf shops, open-air restaurants, skaters and joggers, miles of sand — and the Sugar Shack Café epitomizes this Huntington Beach feel.

Here, breakfast is served all day and with good reason: It’s their specialty. This family-owned joint does all of the AM delicacies one could possibly want, from breakfast burritos (try the Main Street, a tortilla-wrapped combo of eggs, cheese, avocado, mushrooms, onions, and sprouts) to French toast (go for the Peggi’s Variety made with raisin bread). Heck, don’t decide — get both.

Lunch options are available and quite tasty, too, but do yourself a favor and go big with breakfast. Outside on the patio, of course. Sea breeze on the house.

Touristy as it may sound, you can’t visit this SoCal spot without a stop at the Huntington Beach Pier. You could, technically, but that would be depriving yourself of a quintessential HB moment. Don’t let that happen.

For starters, the pace feels slower and simpler walking along the 1,850-foot concrete landing. Grab a shake at Ruby’s Surf City Diner (Salted Caramel is the bomb), scout out your favorite busker, or rent fishing essentials (just a rod, reel, and bait will do ya) to try your hand at casting a line. Fishing licenses aren’t required on the pier, so there’s no advance paperwork involved — and if you have no idea what you’re doing, just watch the dozen or so others who look like they’ve been going at it for decades.

Pro tip: Friday afternoons see an awesome farmers market next to the pier. Look for the teeny bundt cake guy, and wait for your life to be changed.

4. Kids are encouraged to get a little muddy.

Got kids? Then pack an extra set of clothes for the day. Huntington Central Park is home to Adventure Playground, a primitive-looking section of the park that lets kids ages 5–12 live out all of their muddy dreams. Like a real-life Tide commercial.

There’s a mudslide prime for skidding, a small pond for rafting, and plenty of raw materials — like plywood — to build one’s very own fort (and to build some skills). You’re going to have to curb your own desire to give it a try. (Note: Despite the fact that Huntington Beach generally experiences temperate weather all year, this particular playground is only open during the summer months, but well worth a stop if you’re here in season.)

5. Yes, you can eat cheesecake at a spa. 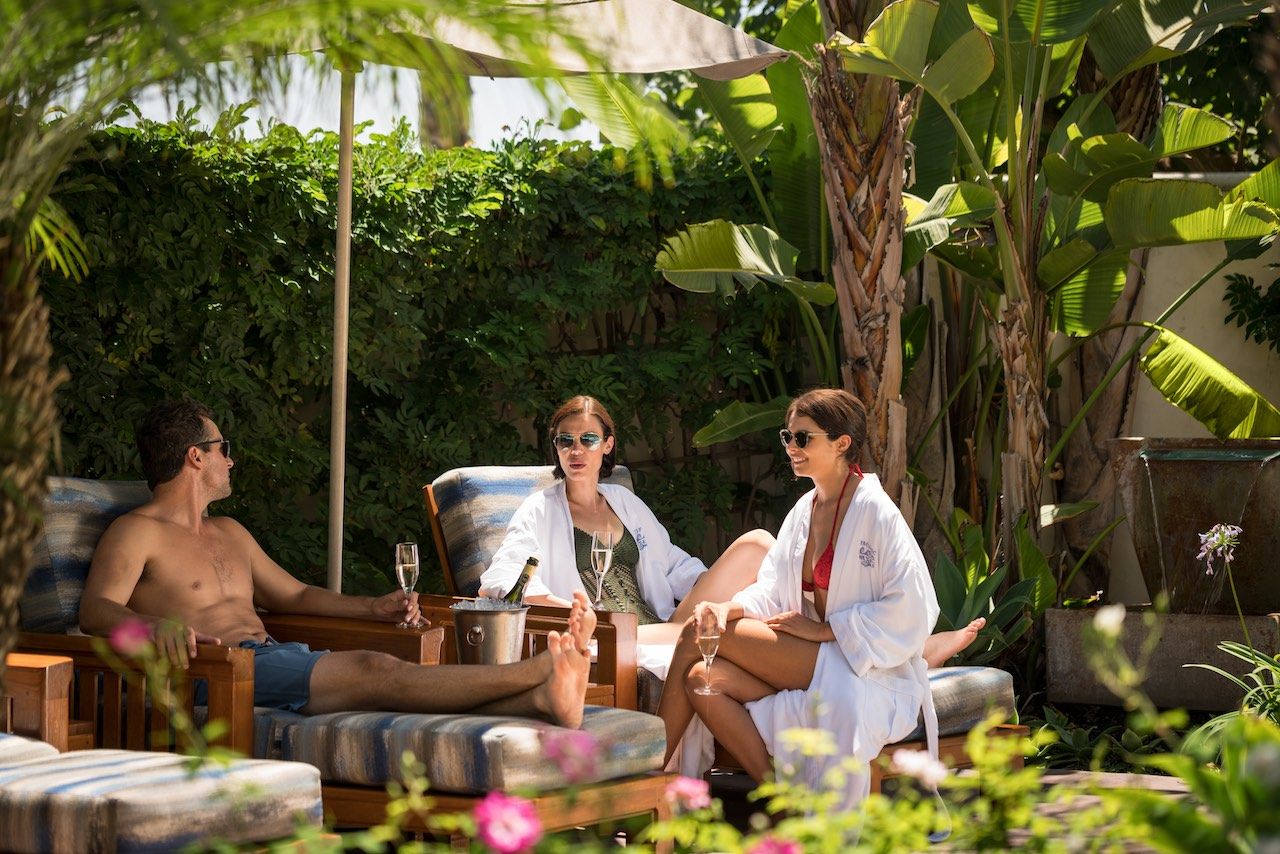 Because nothing says zen like eating dessert through the hole in a massage table. Fine, fine, fiiine — that’s a joke…but only barely.

Pacific Waters Spa, located in the Hyatt Regency Huntington Beach, is a Mediterranean-inspired space that evokes a feeling of calm the minute you walk through its doors. The treatment menu has all the fixings — tons of massage options, pampering for the face, body, nails, and hair — and the only thing that rivals it is the food menu. There’s modern and gourmet “spa cuisine,” like gazpacho with crab meat and the aforementioned and uber-creamy avocado-lime cheesecake.

The Aarna Spa, not far from Main St., also spells luxury. They’re one of the best hotel spas in the county (which, for Orange County, is saying something), and yet they’ve got mean last-minute deals. Whatever you schedule, leave time to ascend the glass-encased staircase to the rooftop, over-the-ocean lounge and grab a drink.

And you thought the traditional spa fruit bowl was a treat — drop that banana and go for the good stuff.

Dude. Even if you’re not one to take to the waves yourself, visit the International Surfing Museum. It’s home to the world’s largest surfboard — this bad boy managed to carry 66 people on a wave for 12 whole seconds on June 20, 2015. You’re witnessing a legend in its own time.

While here, also check out the museum’s new Surf 2 Skate exhibit. It showcases local SoCal legends and vintage boards of both the surf and skate variety.

7. It’s not all about making waves… 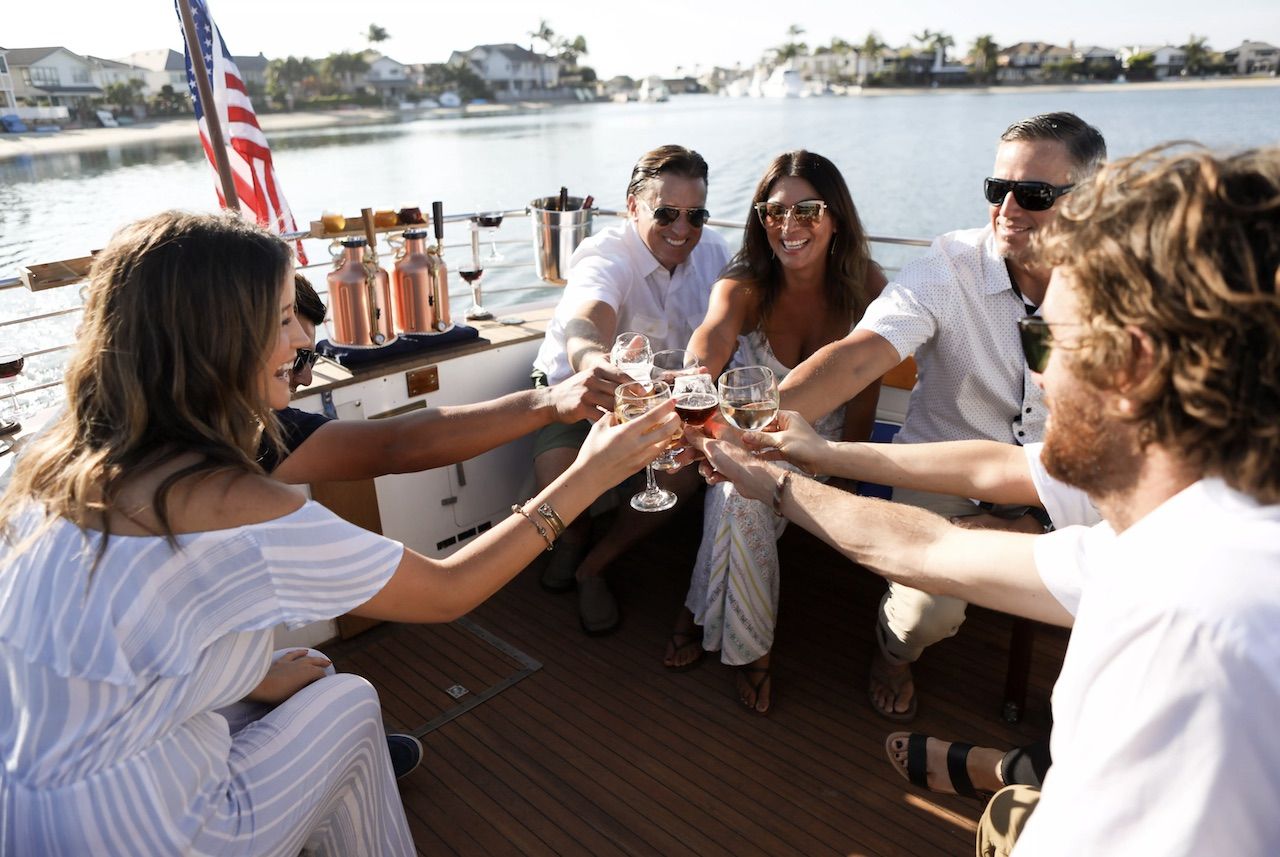 Surf City, sure, but if waves aren’t totally your thing, take advantage of the calmer waters in Huntington Harbour and try your hand at SUPing. You can rent everything you need at OEX Sunset Beach — and if you’re a first-timer, they offer both lessons and group tours.

You’ll work your core, test your balance, and get a photo-worthy view of both the boats sharing the waterway and those beautiful beach houses. It might not be as zen as spa cheesecake, but it’s certainly close.

Pro tip: If you refuse to settle for anything less than cheesecake-level zen, check out one of Prince Charters’ private boat tours. Captain Doug will take the wheel (err, helm) while you literally float on the Pacific on a private booze cruise. 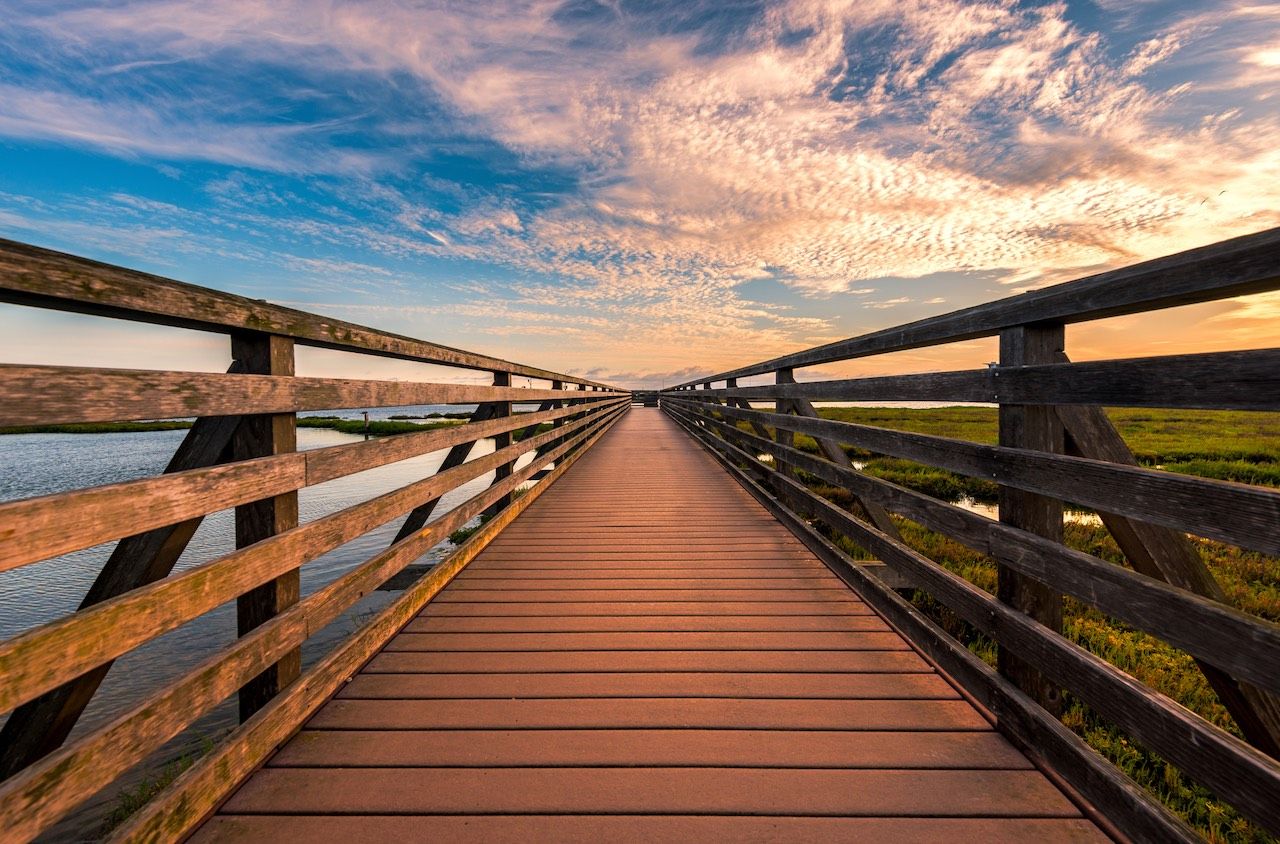 You can either treat a visit to the reserve as an educational experience (find the Bolsa Chica Conservancy by the north lot) or as a moderate hike on the network of trails that loop over four miles. If you’re a bird lover, keep your phone or camera at the ready to snap some pictures of the many feathery creatures that live within the reserve. 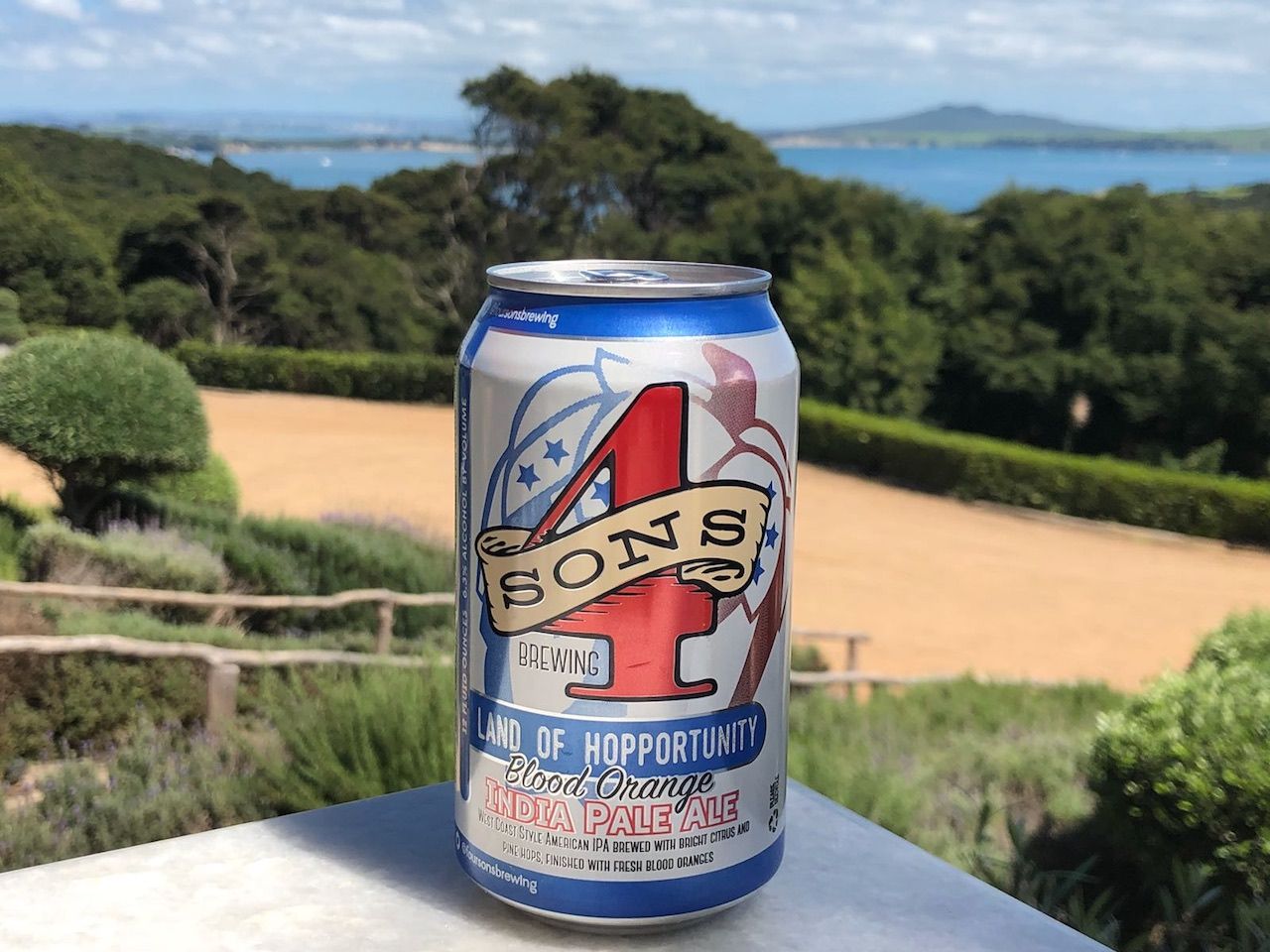 For a state largely known for its wine, California also brings it in terms of the fine art of craft beer. Four Sons Brewing generates some delicious options — try their Surf City Pale Ale for immediate transport to the tropics, or sample their Land of Hopportunity, a tasty blood orange IPA. And while their core beers are fixtures in the taproom, seasonal releases mix things up, and a special members-only varietal will make all brewski fans want to sign right up.

Another to watch out for is The Dude’s Brewing Co. Go for Grandma’s Pecan English Style Brown (you know, just like grandma used to make) or their JuiceBox Series: Blood Orange Amber & Peach Berliner Weisse. Riip Beer Company is another local brewer, and they take it up one very, very convenient and important notch: They deliver. (Literally. Like to your house or Airbnb. But metaphorically, too.)

10. Everything tastes better on the ocean. 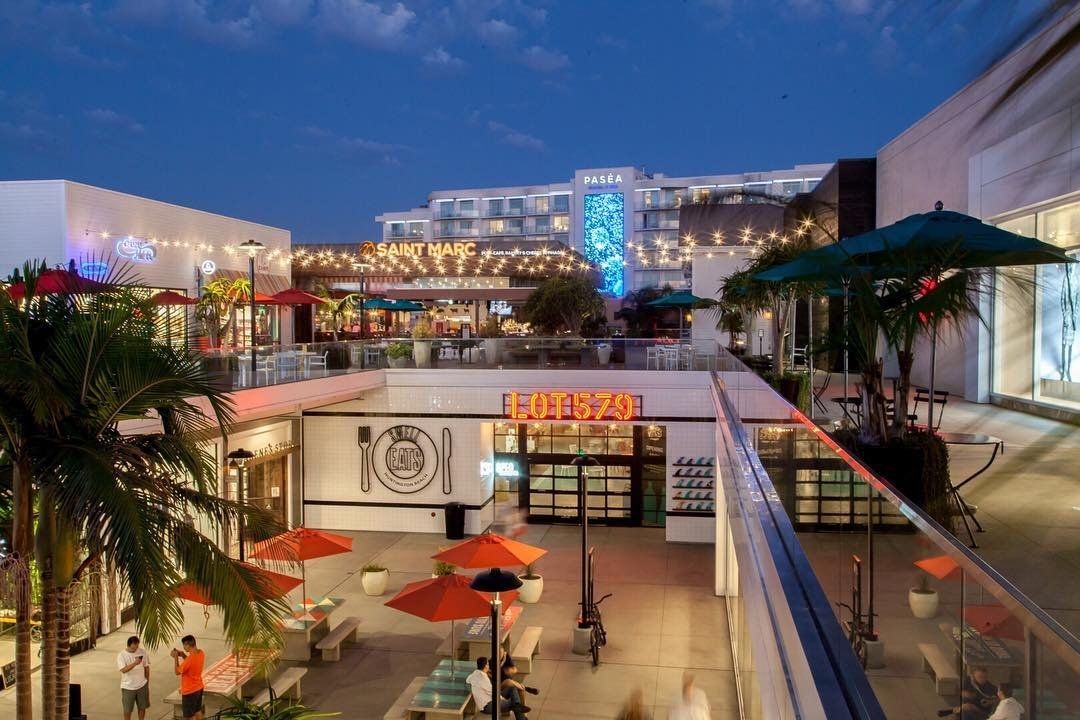 Imagine being on an island, okay? Good? Good. Now imagine someone walks up to you — as you’re watching the ocean advance and retreat on the sand — and asks what you’d like for lunch. You can have anything. Anything. And would you like to pair it with a cold pint, a cold-pressed coffee, or a cold glass of champagne? Sure, all three. Resume your beach views.

That’s pretty much what it’s like at LOT 579 — it’s a waterfront food hall where dreams come true, located within the larger dining and shopping hub of Pacific City. Grab a latte (check out the art on top before inhaling) from Portola Coffee or a cold one from the aforementioned The Dude’s Brewing Co., depending on what time of day it is. Pre-game with an Aussie meat pie from Pie Not (try the “That’ll Do Pig” — bacon, ground beef, and cheese in a perfectly golden pastry) and then live out The American Dream with one of their epic burgers. Of course, there’s plenty of veg, seafood, and pizza options, too.

For drinks, head to Pacific Hideaway if you’re the type who believes (correctly) that cocktails taste better when consumed with a sea view. Located on the corner of 5th and PCH, the Hideaway is a surf-shack-turned-bar-and-restaurant that nails this recipe. And since cocktails pack more punch the higher up you go, simple logic holds that you should also check out Offshore 9 Rooftop Lounge. It’s a new addition that launches you nine stories in the air over the Pacific. In other words, be camera ready.

And then Popbar (customizable gelato on a stick?!) and Petals & Pop for dessert and champagne. First dessert, that is. Second dessert around these parts is that sea breeze, and it’s an anytime-kind-of-day thing.

This post is proudly produced in partnership with Visit Huntington Beach.
Tagged
Beaches and Islands Trip Planning
What did you think of this story?
Meh
Good
Awesome

5 Competitions That Save Lives