WHEN PEOPLE TALK ABOUT driving the iconic Highway One, it’s here that they’re picturing in their heads. This is some of the most gorgeous coastline in the States — possibly the world — with the culture to match. Vineyards, artist communities, lighthouses, a world-renowned aquarium — it’s all in Monterey County. Here are 11 spots that prove it. 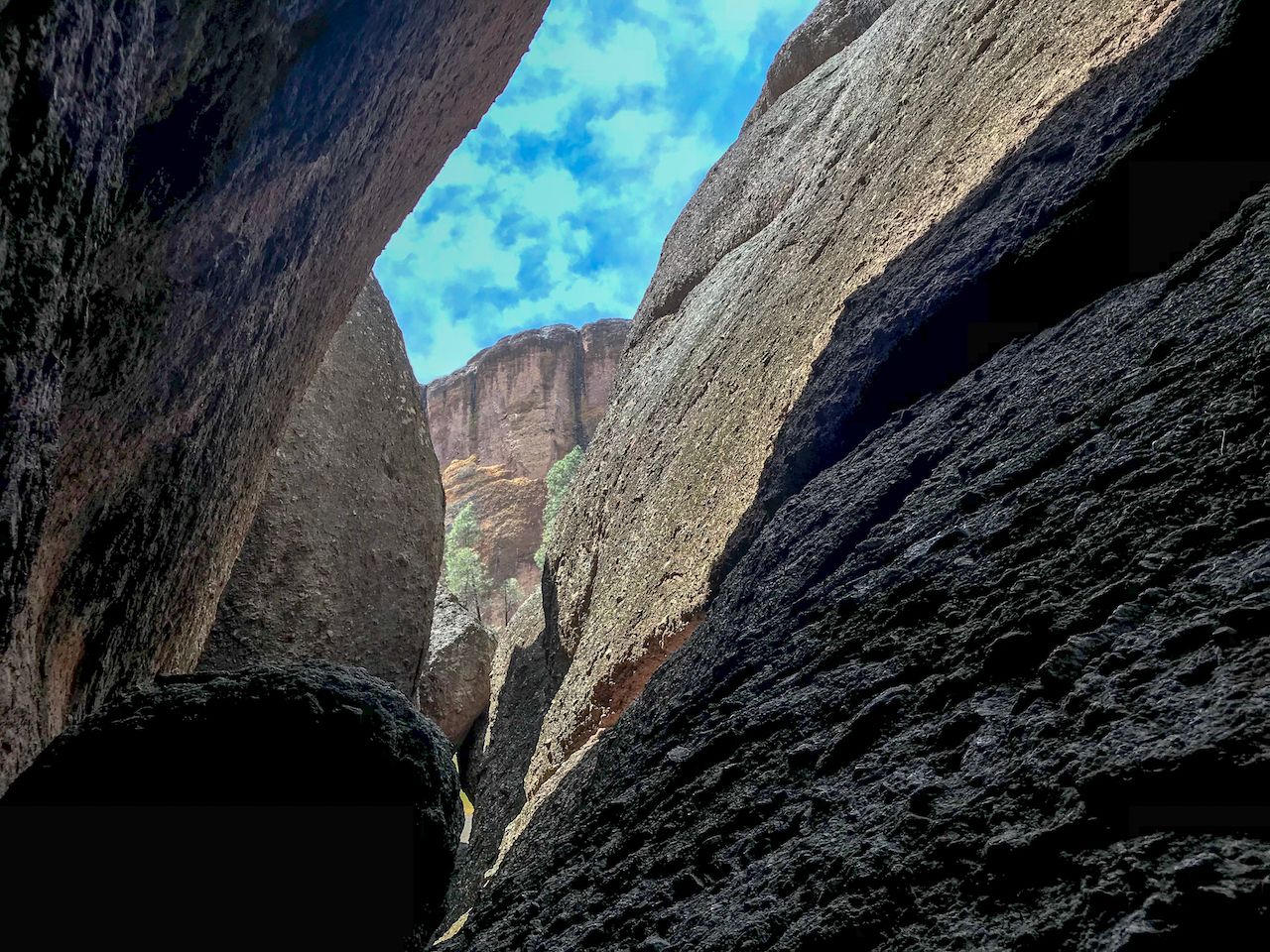 If you’d been standing in Lancaster, California, 23 million years ago, you would’ve been within eyeshot of the Neenach Volcano. The famous San Andreas Fault carried its lava for miles, and what’s left today is Pinnacles National Park. Here, you can hike through caves, climb over ancient lava fields, and chase condors and roadrunners (preferably not with ACME dynamite). Not to mention, you’ll catch views like the ones above.

For those of you who are counting, this is America’s 59th and newest national park. It’s been a national monument since 1908, but it received a much-deserved upgrade in 2013 — making it California’s ninth national pillar of beauty.

What was once a military base — where the likes of Clint Eastwood, Jimi Hendrix, Jerry Garcia, and Leonard Nimoy all lived or served — is now part national monument, with 80+ miles of trails, tons of wildlife, and terrain for mountain biking jammed into 14,000-some acres. Yep, even the spots in Monterey County that you don’t expect to be beautiful totally are.

From the Creekside Terrace Trailhead, near the intersection of Reservation Road with Highway 68, you can access a dense network of hiking trails that run on top of and between the sparsely wooded hills and ridges of the area. For a scenic bike ride, start at the Badger Hills Trailhead and follow the unpaved Guidotti Road south and west until you hit Trail 47. This will loop you over and around great bald hills and within site of the Mazda Raceway Laguna Seca. 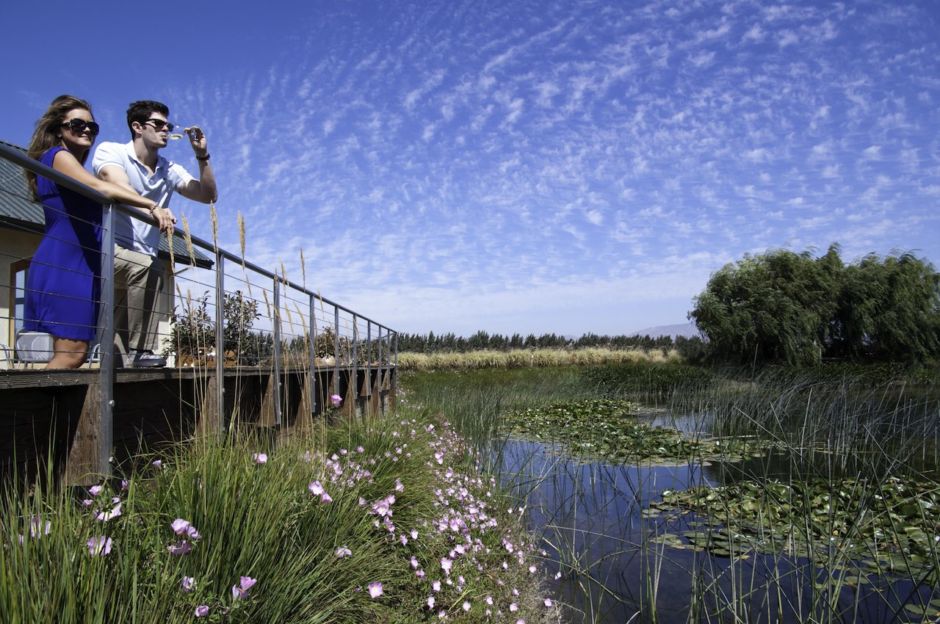 Salinas — even if the name rings a bell courtesy of Janis Joplin, it’s time to create some new associations. This is the home of John Steinbeck (in addition to the setting of East of Eden), prime wine country, and the largest city in Monterey County. Located about eight miles from the ocean, it sits near the northwest end of the Salinas Valley.

Make sure to check out the National Steinbeck Center, which pays tribute to one of America’s best-known authors. It’s located in historic Oldtown Salinas, itself a great spot to wander and get in touch with the city’s colorful past as a railroad town and agricultural hub. But you can’t do Salinas without hitting the vineyards. Wrath Vineyards, Paraiso Vineyards, and Hahn Estates are solid options, and along the way you’ll see the grapes spanning the hillsides, until the landscape turns into highlands and sea. 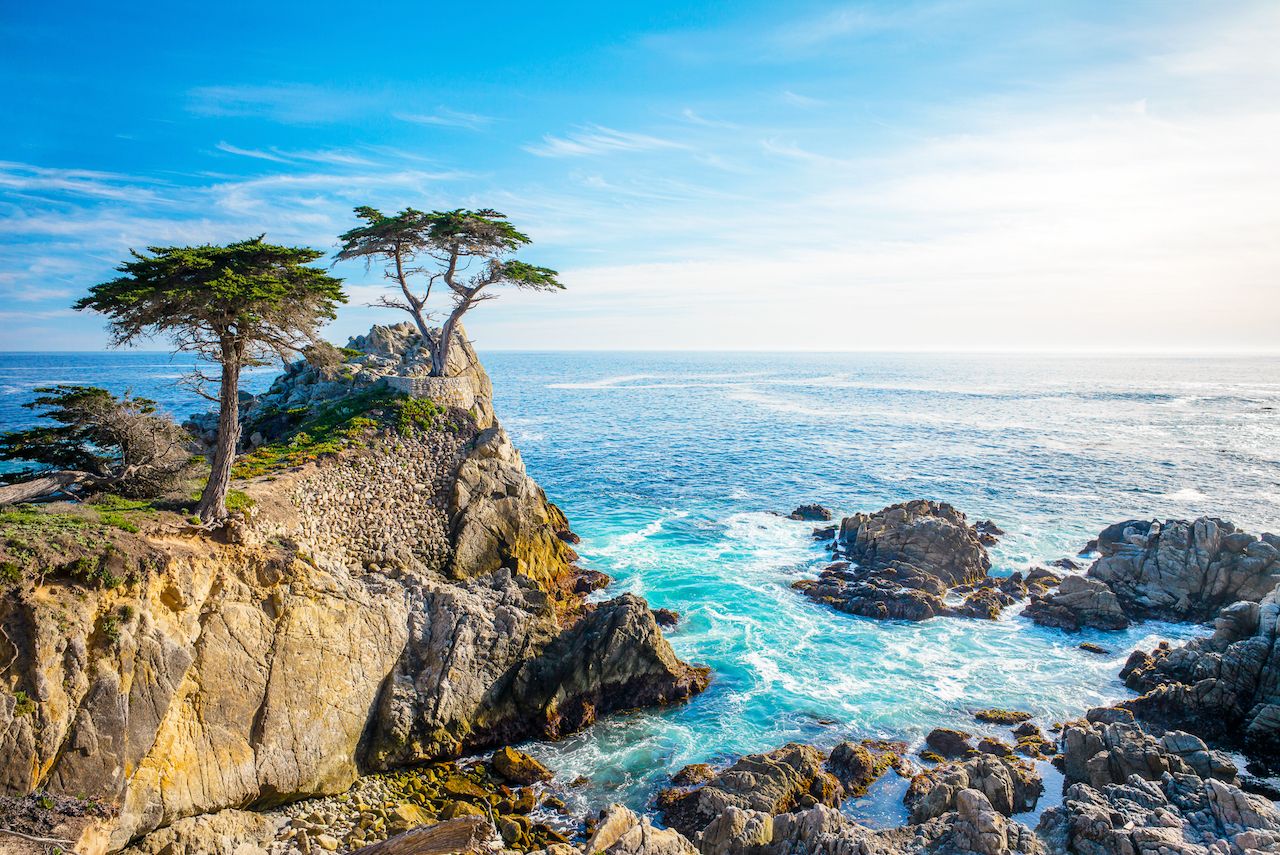 If you know anything about golf, you’ve heard of Pebble Beach. It has some of the most famous courses in the country, some sitting atop craggy outcrops right on the ocean. Pebble Beach Golf Links, The Links at Spanish Bay, and Spyglass Hill are three of the most popular.

Beyond golf, this place is known for 17-Mile Drive. The main entrance is via Highway One, and on it you’ll see landmarks like the Lone Cypress, Fanshell Overlook, Spanish Bay, and Point Joe (not to mention plenty of seals). It’s 17 miles of rugged Pacific coastline, widely regarded as one of the best scenic drives in the world. 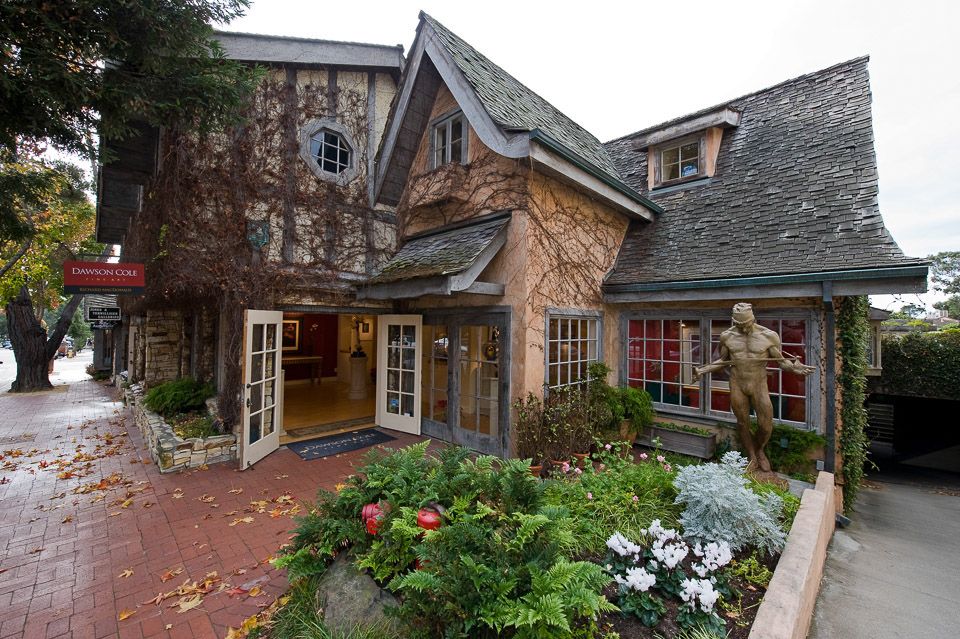 Carmel-by-the-Sea is a city by, from, and for artists. Its roots are as a laid-back artist community, and the result is a fairytale-style vibe that gives the town a super romantic feel. In fact, Travel + Leisure rated Carmel the “#3 Best City for Romance in the World.” Its white-sand beach doesn’t hurt, either.

Ocean Ave, which runs from Highway One straight to the sea, anchors the town. It’s along and around this road that you’ll find the eclectic boutiques, art galleries, tasting rooms, and inns that define the Carmel experience. There aren’t many better places to find a bite to eat, either. Hit up Village Corner Bistro for Mediterranean flavors, A.W. Shucks for oysters, and Little Napoli for authentic Italian — among many, many others. 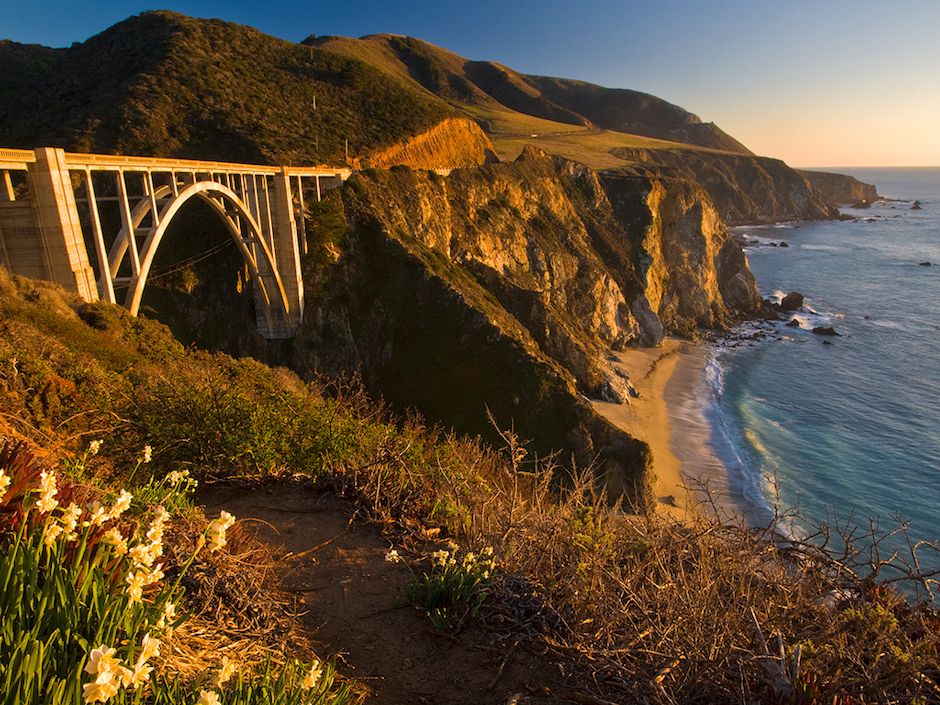 If the rest of Monterey County is a 10 on the traditional scale, Big Sur needs a new scale. Here, the Santa Lucia Mountains rise swiftly out of the water, contributing to the area’s status as one of the “most beautiful coastlines in the world.” Because of the precipitous terrain, it’s almost entirely undeveloped, rare for any section of coastal California.

If you haven’t hopped on Highway One and done the stretch around Big Sur, you haven’t done California. Cross the Bixby Creek Bridge once, and you’ll be a believer. (Please note that you’ll need to access Big Sur Village from the north, as Pfeiffer Canyon Bridge is currently being repaired due to winter storms. Be sure to check out the latest travel updates here.)

History in Monterey County runs deep in Pacific Grove. The oldest continuously operating lighthouse on the West Coast is here, and most of the homes are considered historic. Steinbeck had roots here, too, though fewer know it — a house of his on 11th St stands alone with no plaque or sign to alert tourists, and his grandmother’s home is on Central Ave.

Apart from its history (including the spot just off the coast where John Denver’s plane crashed), Pacific Grove hosts millions of monarch butterflies during their annual migration October-February. In spring, fields near the coastline turn shades of purple with ice plants and daisy flowers, which is known to locals as the “purple carpet.” And if that sounds romantic, you’ll definitely also want to check out Lovers Point Park, a manicured green space jutting into the sea at the end of 17th Street. The views are hard to beat. 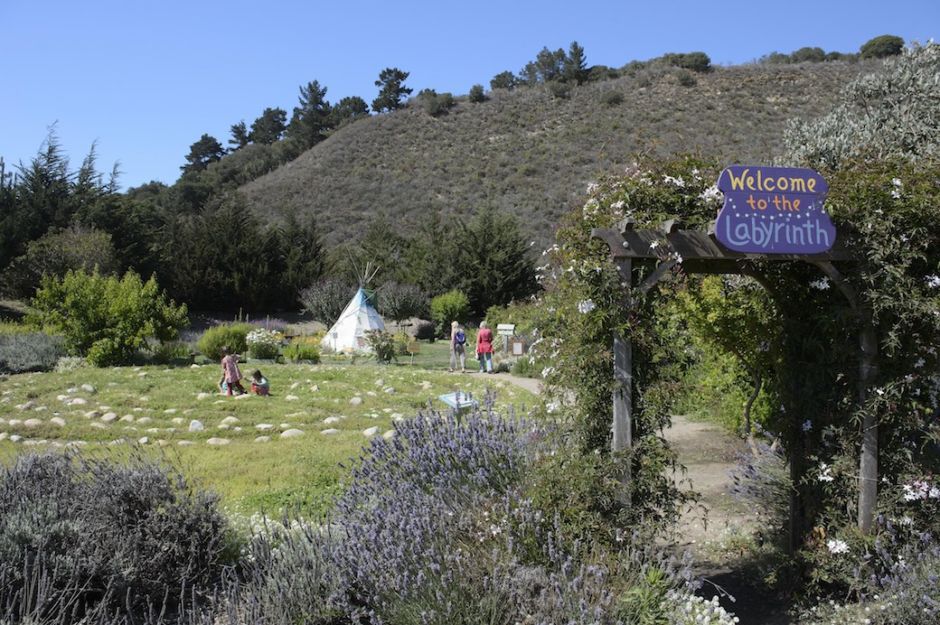 To act like a local, start by eating the food and drinking the wine. A good place to begin is Earthbound Farm, 50,000 acres of entirely local, entirely organic produce (they started with 2.5 acres of raspberries more than 30 years ago). After you’re berried and vegged out, stow the car and step onto the Grapevine Express. Monterey-Salinas Transit bus 24 stops at almost all the wineries in the area. Yep, Carmel Valley is more than happy to be your designated driver. The only question left is whether Bernardus Winery, Holman Ranch Vineyards, Cima Collina, or Joullian Vineyards will be your favorite. 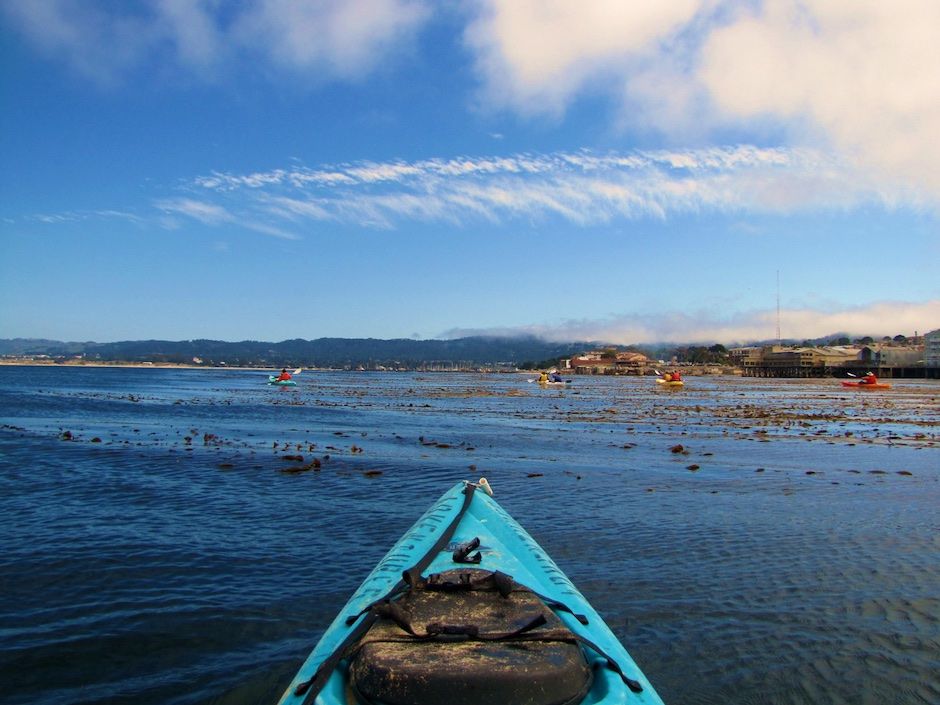 Monterey County is home to the city of Monterey, and you’ve probably heard of it either from Steinbeck and his novel Cannery Row (an actual street in Monterey lined with old sardine-packing factories) or because of the unparalleled Monterey Bay Aquarium. Today, Cannery Row and the surrounding factories and warehouses have been converted into shops, restaurants, hotels, and boutiques, though Monterey’s history lives on — California’s first theater, public building, public library, and public school were built in the city. Even the aquarium is an old converted cannery.

But apart from its history, Monterey is. Right. On. The. Ocean. It’s literature and art and culture and history and some of the best views in the state. Head to Old Fisherman’s Wharf or take a whale watching tour and you’ll see what we mean. The city is easy to navigate, too — you can walk to the tourist hot spots as conveniently as taking a taxi. When you need a break from the hubbub of the Bay or L.A., this is where to go. 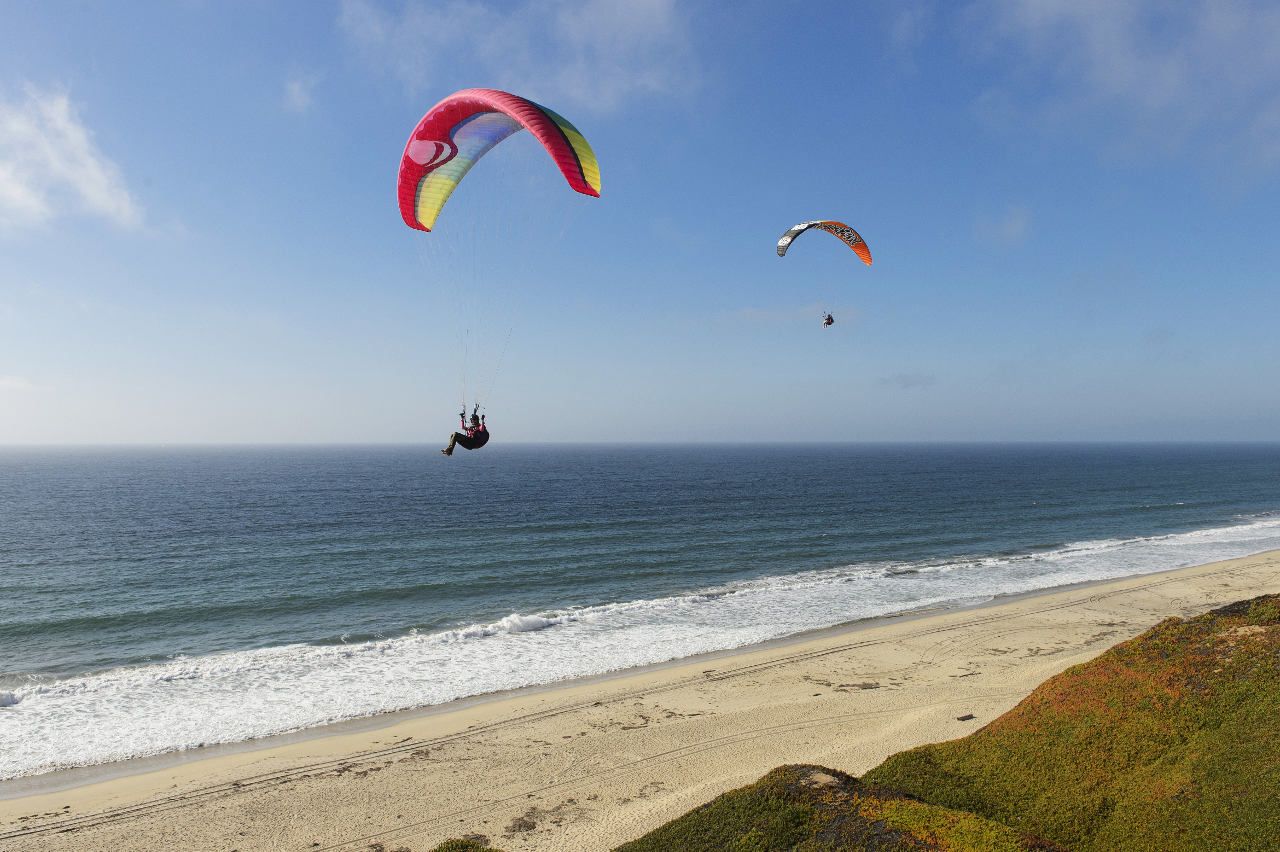 North of Monterey, the coast is all sandy beach for miles on end, and some of the most notable of those miles are in the city of Marina. Find them at Marina State Beach and Marina Dunes Preserve, site of the Central Coast’s tallest dunes and the rare flora and fauna that call them home. The name of the game here is adrenaline and adventure. Steady winds whip up reliable waves, making this a popular surf spot — on land, those ocean breezes combined with the soft, sandy dunes mean this is one of the best places in California to paraglide and hang glide. If that’s not enough for you, get this: Marina is home to the highest tandem skydive drop in the world, at 18,000 feet.

Just to the south of Marina, you can bring things back to earth with a round at Bayonet & Blackhorse Golf Course in the city of Seaside. The two 18-hole courses here were renovated in 2008 and provide views out to Monterey Bay. They’re also considered some of the most challenging in the area, so bring your A-game. 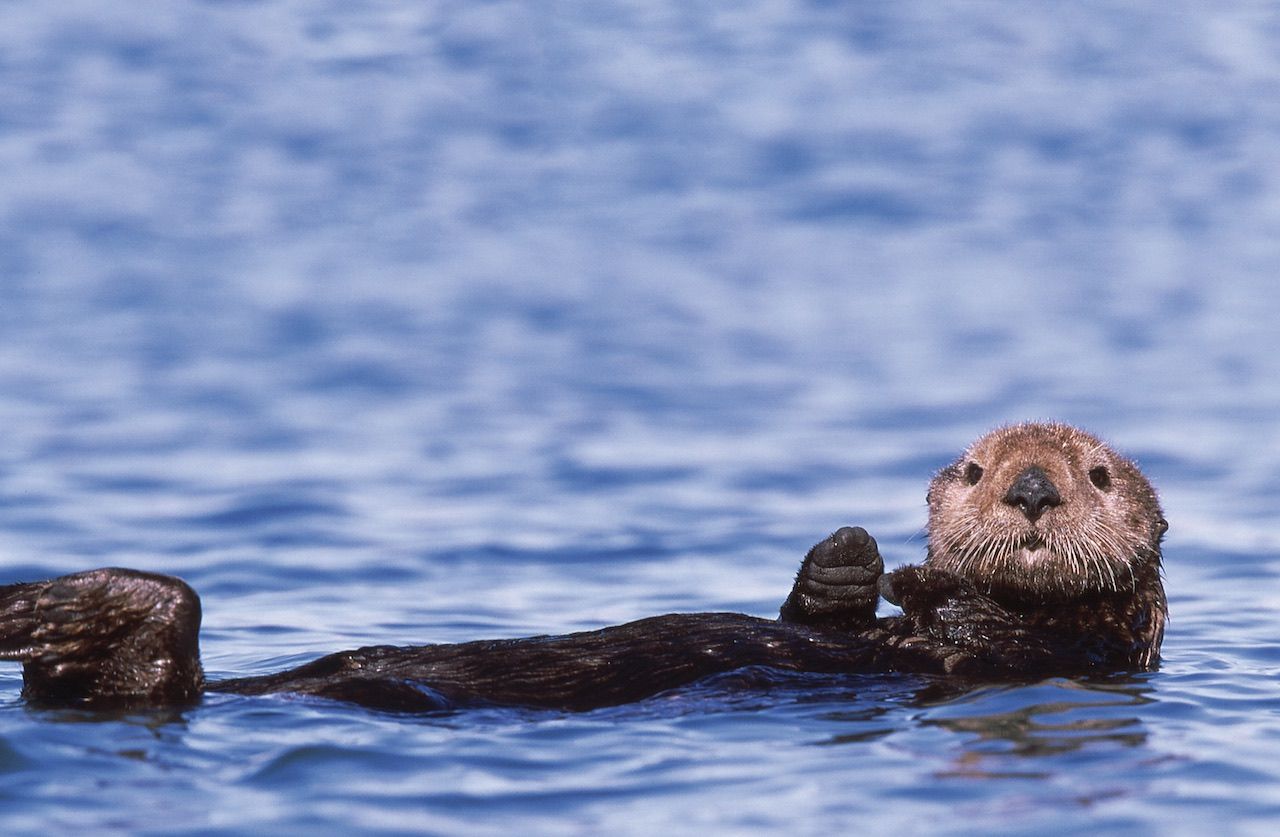 As paragliding is to Marina, so wildlife is to Moss Landing. It’s one of the best places in the world to see sea otters, and it’s continually regarded as one of the best birding spots in the States, with more than 350 species noted so far. And the fishing? That’s a given. It’s so good (and the waters so picturesque) that the ratio of boats in the harbor to residents is somewhere around three to one. Everything about Moss Landing centers on the beach and the water…and the local art, with people from all over California coming to attend the town-wide arts and crafts sales.

That’s pretty much Monterey County in a nutshell. Start planning your trip at SeeMonterey.com.

This post is proudly produced in partnership with the Monterey County Convention & Visitors Bureau.
Tagged
Galleries Trip Planning
What did you think of this story?
Meh
Good
Awesome

11 facts about Monterey, CA that will surprise you