Bluffton is a small Southern town just 10 minutes east of Hilton Head Island and 30 minutes north of Savannah, Georgia. The first thing that’ll hit you when you arrive is the oh-so-sweet smell of saltwater marshes. Then you’ll spot that classically Southern sight of tangled Spanish moss draping from age-old live oaks, see the May River winding its way through Old Town — and you’ll be hooked.

Prepare for a slow pace here, whether it’s at the local breweries, restaurants serving up fresh-caught oysters, first-class golf courses, or out on the water in a kayak. If you’re open to matching the town’s relaxed vibes, here are 11 moments you’ll experience in Bluffton — and 11 you won’t soon forget.

1. Walking through historic Old Town for the first time 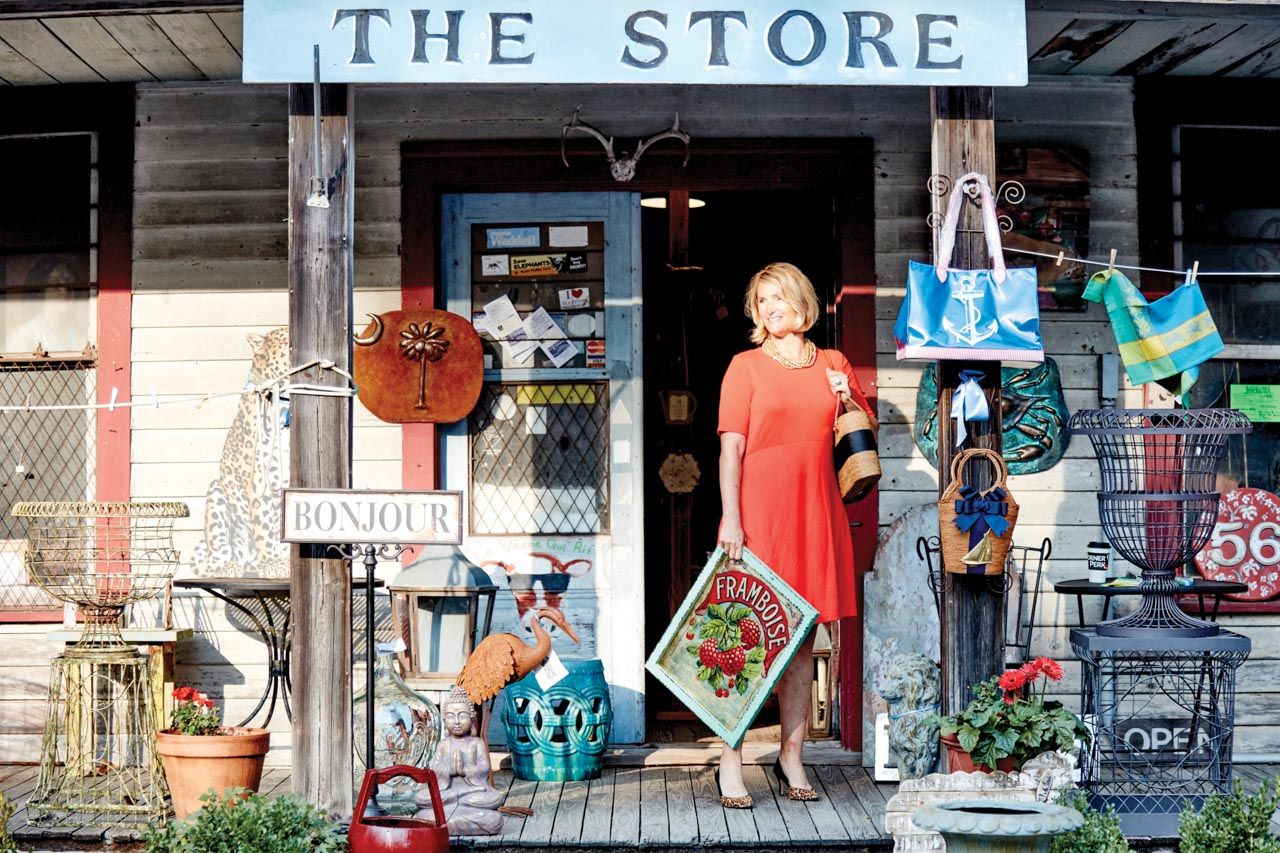 When the town of Bluffton was first established in the mid-19th century, it consisted of just one square mile — a stretch of homes and shops that sat atop a bluff overlooking the May River — which is now the area known as Old Town. Though centuries have passed since the town’s humble beginnings, a walk through this district gives a good sense of its past, thanks to the antebellum-style buildings, many preserved in nearly original condition.

Head to Old Town at the corner of Calhoun and Lawrence for the Thursday Farmers Market of Bluffton, when farmers, vendors, and artisans of all kinds line the streets with goods. For a taste of true Lowcountry soul, try the Kinfolk Gullah’s shrimp and grits.

In Bluffton, oyster season takes place in the ‘R’ months — meaning any month that has the letter in its spelling (i.e., September through April). Oysters are traditionally served steamed, but you can find these little mollusks in all forms, from raw to baked to cooked in stew.

For a real Lowcountry experience, hit up an oyster roast, where cooks literally shovel buckets of bivalves over open fires before dumping them on community tables for guests to shuck themselves. If you can’t find a roast during your trip, pay a visit to Bluffton Oyster Company for a taste of local oysters. Their team of pickers and shuckers — 27 in total — harvest every day, so you’re guaranteed a fresh catch.

3. Breathing in salt air — on a river 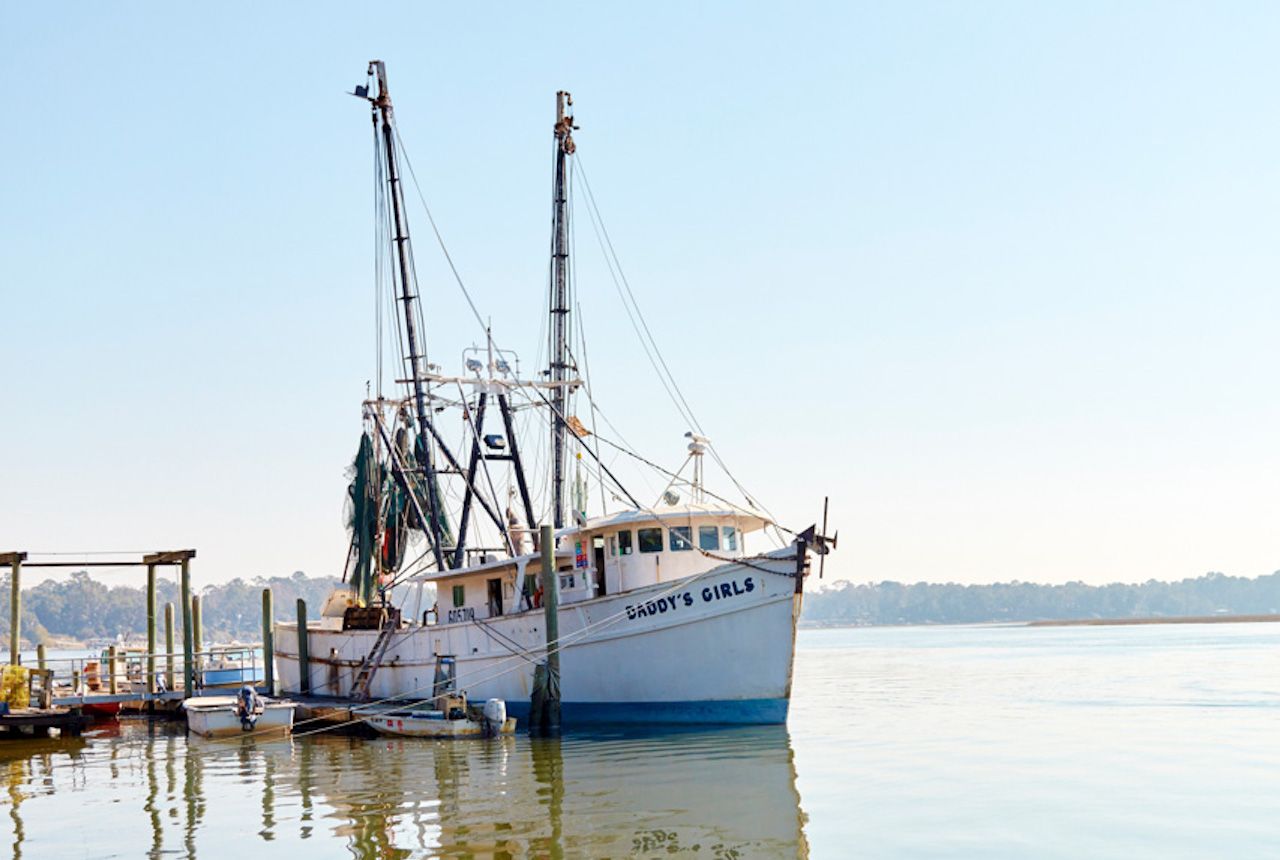 Sometimes referred to as “the last true coastal village of the South,” Bluffton is absolutely tangled with waterways. The May River, which flows around Old Town, is a great place for spotting dolphins (yep, you’re that close to the Atlantic) or fishing off one of the docks.

For a more adventurous way to experience the marshland, rent a kayak or canoe and paddle down the river. During low tide, head out to the May River sandbar, where people swim, dock boats, host picnics, and play beach games. A lazy afternoon on the river is pretty much guaranteed to get you into that Bluffton state of mind.

4. Knocking back some locally brewed beer 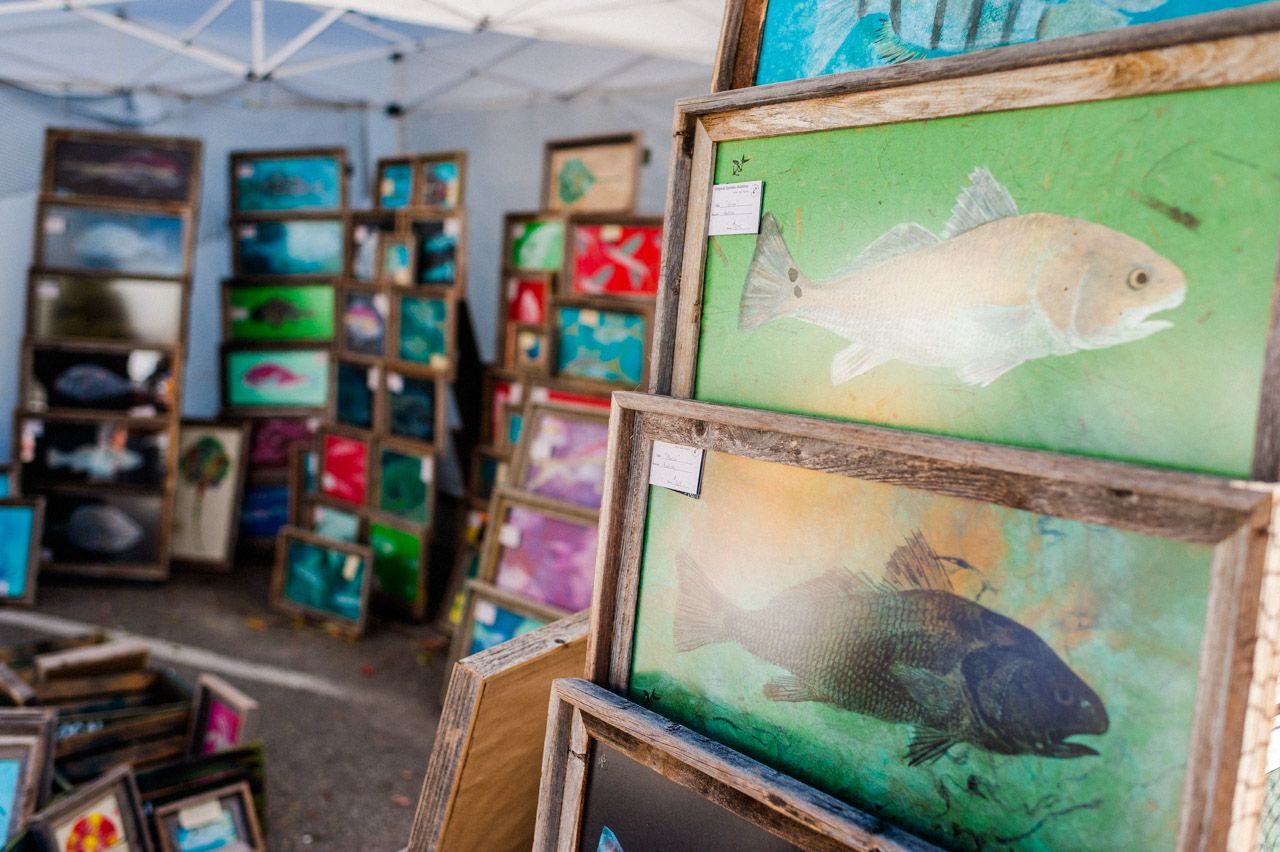 If you’ve always wanted to try your hand at painting or sculpting — or photography or any other creative adventure — then the Society of Bluffton Artists (SoBA) may be just the place for you. Classes and workshops with first-rate talent run throughout the year, and the SoBA gallery on Calhoun Street features over 100 hanging artists. Art walks through Old Town are a fun way to meet the locals, in addition to getting up-close and personal with good art.

Jacob Preston, Bluffton’s Tallest Potter, has been creating hand-crafted stoneware in his retired church studio for four decades. He’s happy to make custom pieces, and “prices vary according to size and degree of weirdness.” Open by chance or appointment. This is just one of many memorable art experiences to have in town. 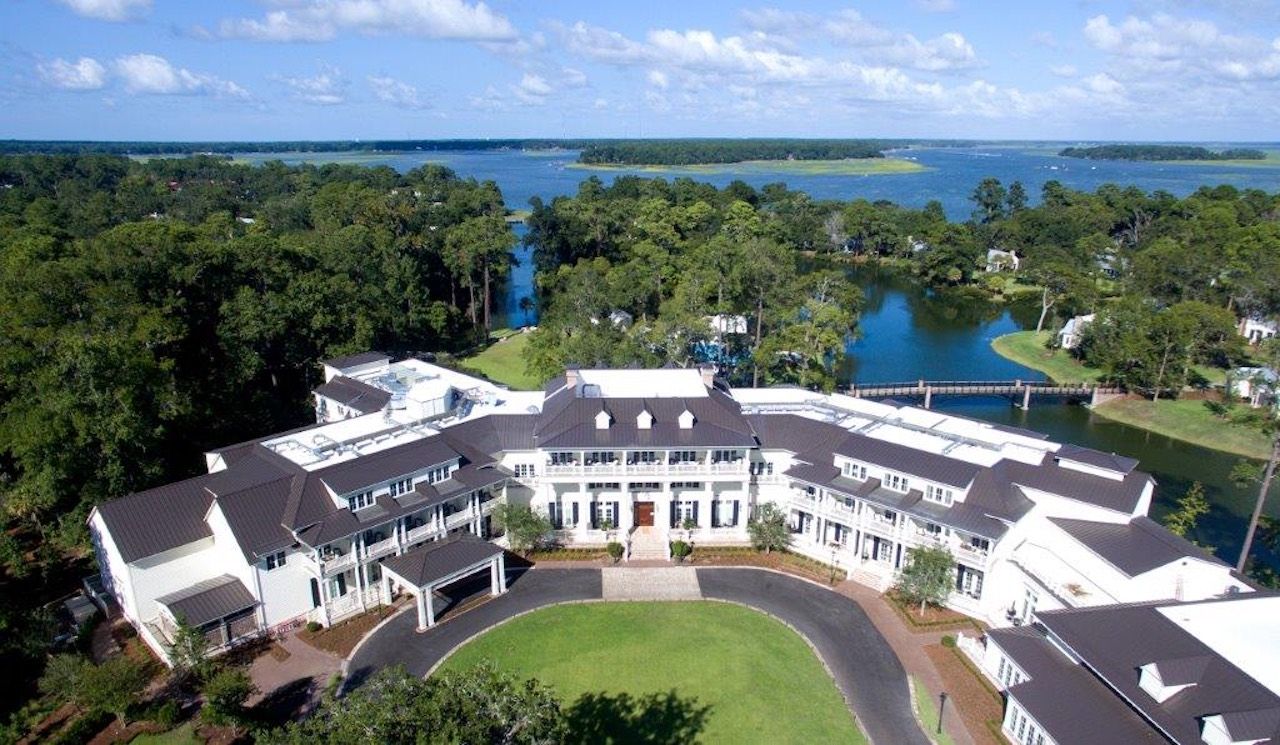 Find out what Lowcountry Luxury is all about at Montage Palmetto Bluff, one of the South’s most famous and finest resorts. In an area where golf is taken seriously, the guests- and members-only May River Golf Club is often cited as one of the best. Caddie service is required and golfers are encouraged to walk the course to best appreciate its fabulous views. The Inn at Palmetto Bluff is a mainstay on many “top 10” lists, and the annual Music to Your Mouth held every fall is a fantastic festival of food, libations, celebrity chefs, and music.

8. Brushing up on your Civil War history

Though the first shots of the Civil War were fired two hours up the road in Charleston, Bluffton’s history is certainly entangled in this time period. In 1863, Union troops descended on the town, burning most of it to the ground. But a bunch of signs remain — some are unassuming, like the small fort off Confederate Avenue east of Old Bluffon. Some are large but go incognito, like the “Secession Oak,” where crowds once gathered to spur on the eventual secession movement that took over the South.

Others you just can’t miss. Check out the Heyward House Historic Center, built in the 1840s, and give a keen eye to the mirrors — one is etched with “Flee Rebels. Hell is Here.” It also doubles as the town’s welcome center, and they offer guided walking tours of Old Town Bluffton, too. 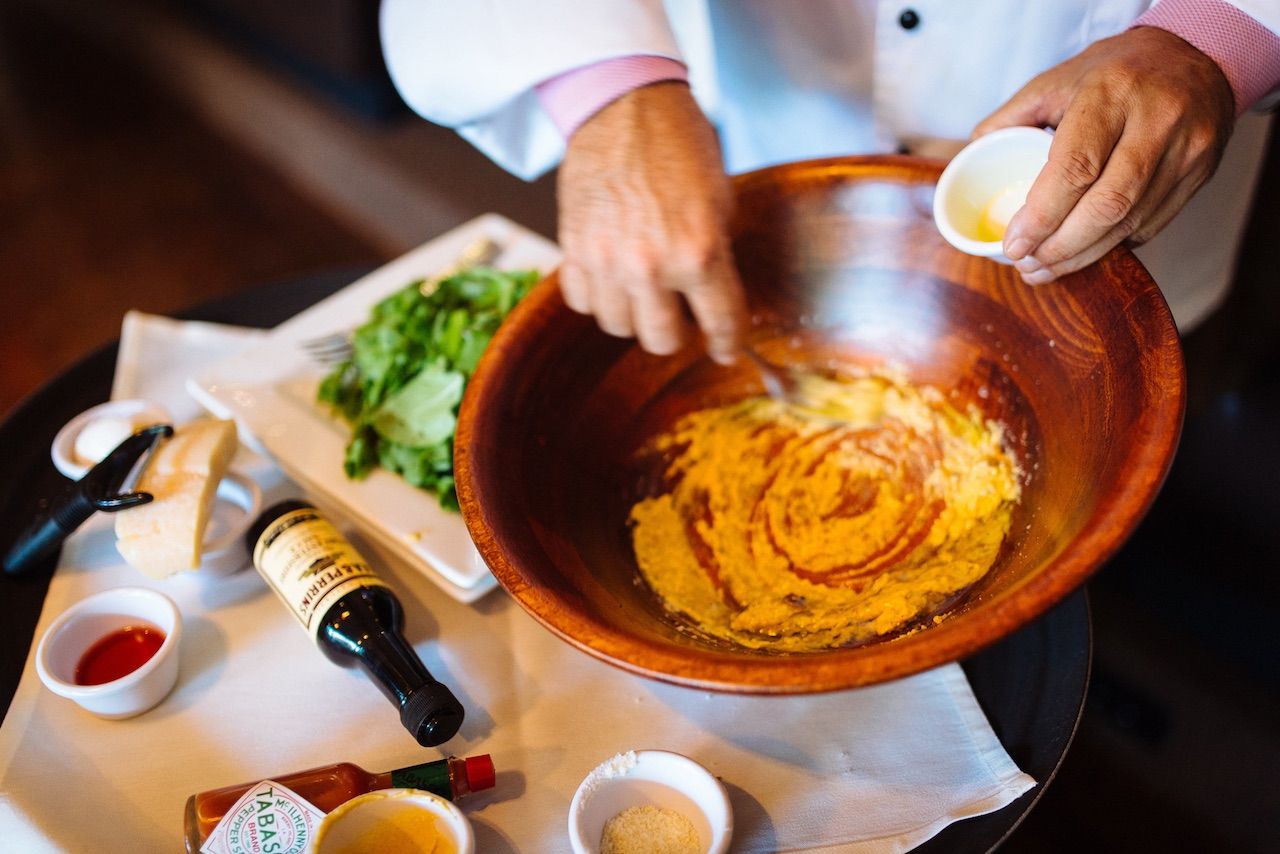 For breakfast, lunch, or brunch, The Cottage is the talk of the town (you’ve gotta try their Blue Crab, Corn & Bacon Pot Pie) — consider it a sort of new-age Southern, with classics like gumbo and jambalaya, too. If you’re looking for a fine dining experience, head to The Bluffton Room or FARM. And the laid-back tavern atmosphere of Old Town Dispensary is perfect for a beer and some cornhole or a burger out on the patio, if that’s more your thing (and it’d be a crime not to mention their $1 mimosas on Sundays).

Bonus: Bars around these parts are big on live music. Start the night at The Roasting Room Lounge & Listening Room by grabbing a table and watching the night’s performer.

10. Attending the Blessing of the Fleet

With temps rarely dipping below 50 degrees, Bluffton is an awesome spot for year-round festivals and events, and the annual Blessing of the Fleet is one of its most popular outdoor celebrations. This is basically the are-you-a-Bluffton-local litmus test.

The Blessing of the Fleet, part of the Bluffton Arts & Seafood Festival, held every October, is a tradition in many fishing towns, wherein a priest or pastor performs a ceremony to bring about a bountiful harvest season. In Bluffton, the ritual usually coincides with several days of festivities including a boat parade, block art, blocks of food vendors, and tons of live music and art exhibits (over 100 artists from across the country gather to showcase their work). Keep an eye out (or a nose?) for the fried shrimp from the Bluffton Oyster Factory, the crab balls from Gullah Fried Sweet, and the lobster mac and ceviche from Red Fish. 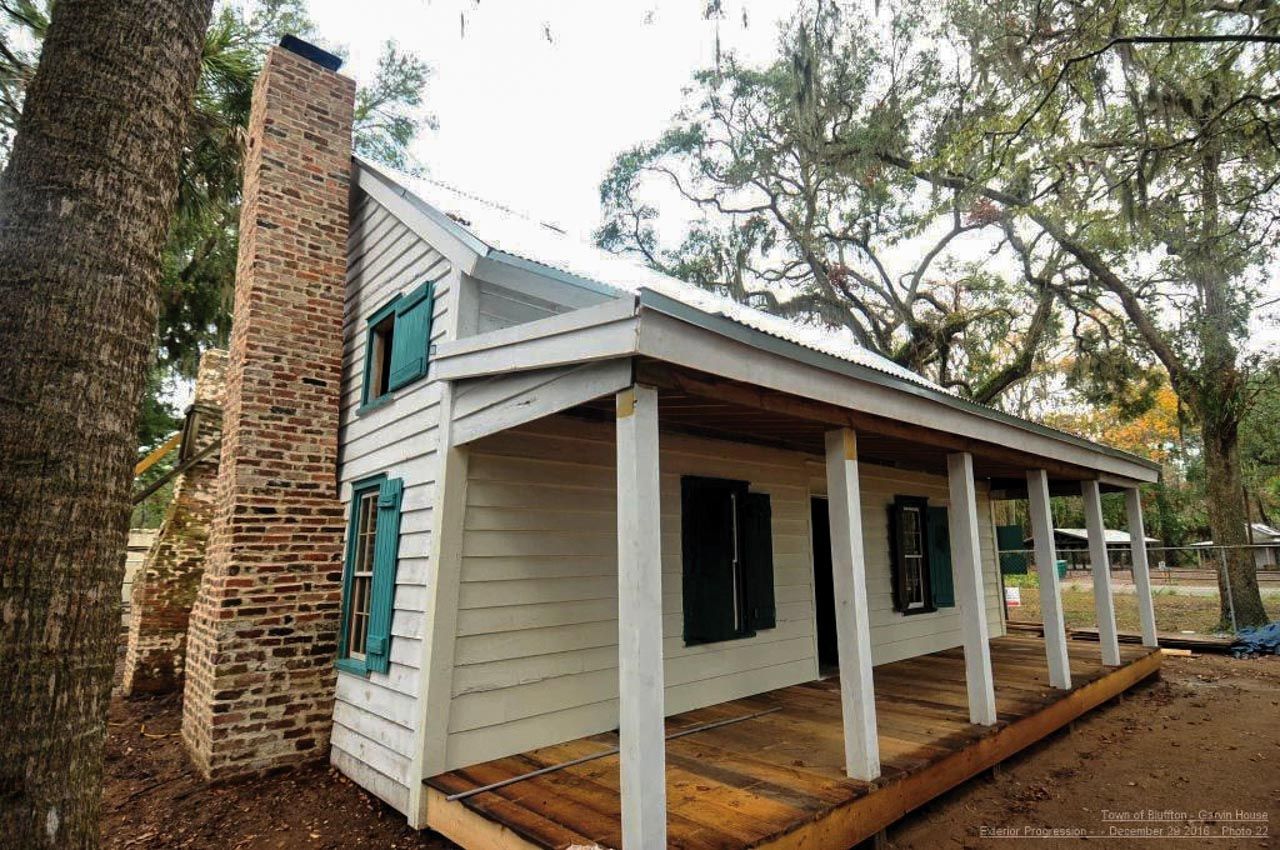 A small Lowcountry cottage built around 1870 by Cyrus Gardner — a freed slave who became one of Bluffton’s more illustrious citizens — the Garvin House was a ramshackle ruin painstakingly restored brick by brick and shingle by shingle by the Town of Bluffton in 2016-2017. Perched on the banks of the May River, the house was used for decades as storage for the Bluffton Oyster Company, and today it’s a great example of what public involvement can do to save culturally important structures.

Tours are offered through the Heyward House, Bluffton’s official welcome center. Afterwards, head next door to Oyster Factory Park for river views and to take advantage of their oyster-roasting pit. If this doesn’t get you in the Bluffton mindset, nothing will.

This post is proudly produced in partnership with the Hilton Head Island-Bluffton Chamber of Commerce & VCB.
Tagged
Trip Planning
What did you think of this story?
Meh
Good
Awesome

Bluffton, SC Might Be the Most Undiscovered Destination in America. Here's Why.