DESPITE being terrifying natural phenomena, volcanoes are also fascinating — we never know when the fiery power contained deep within the Earth will manifest itself, but we know the spectacle will be formidable. We selected some beautiful photographs of volcanoes from around the world that we hope will inspire you to go see them in person.

Erta Ale is a continuously active shield volcano. It last erupted in January 2017.

Volcán de Fuego is a highly active volcano. If you’re lucky, you can see its full fury. 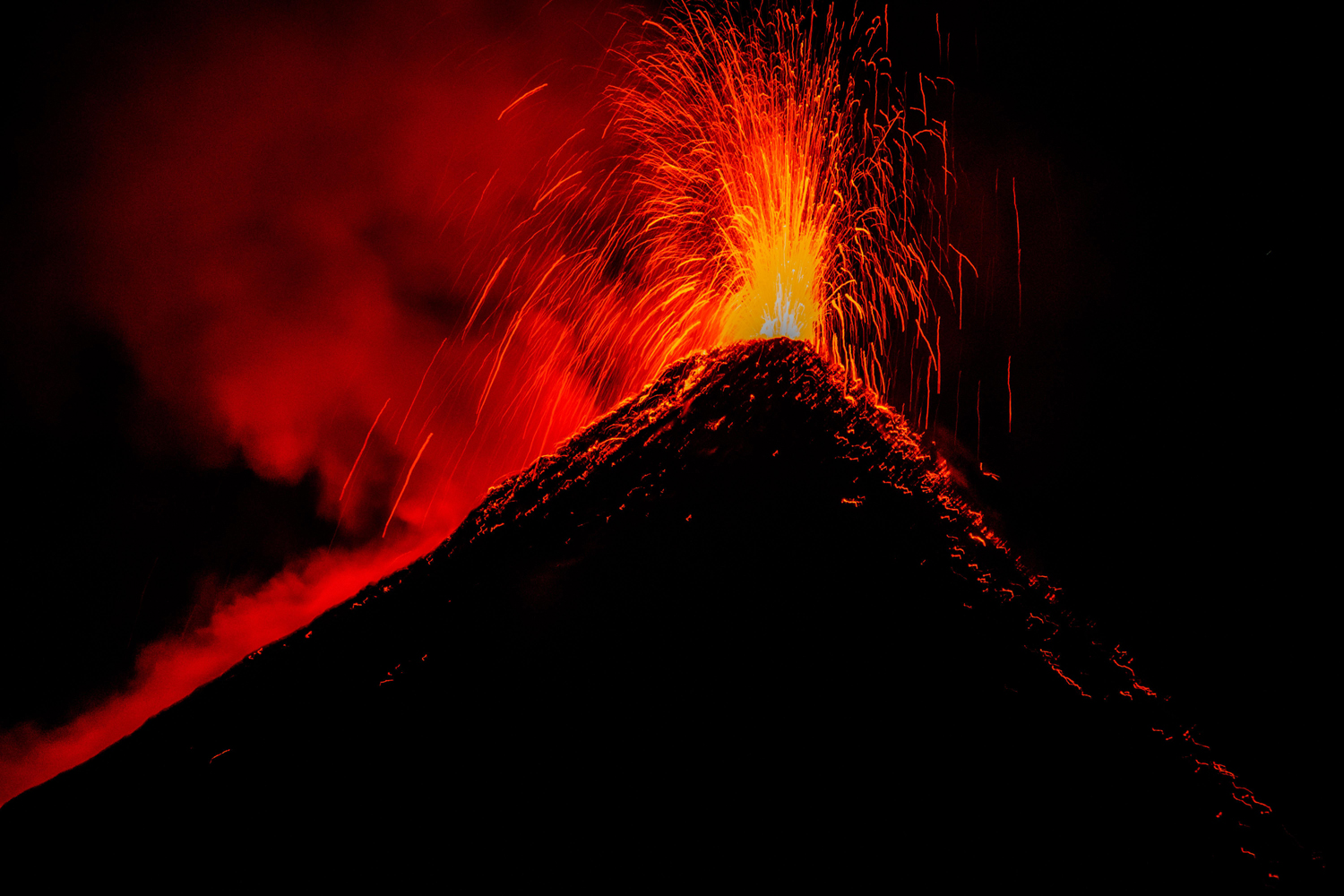 Mount Sinabung’s last eruption was in May 2016.

Kīlauea, The Big Island of Hawai’i

You can take boat tours to check out Kīlauea’s lava pouring into the Pacific Ocean up close.

Haleakalā volcano is currently dormant, but the Haleakalā National Park on the Hawaiian island of Māui is still a great place to check out craters. Note: Once a volcano has been dormant for more than 10 000 years, it is termed extinct.

Eyjafjallajökull’s eruption in the spring of 2010 threw volcanic ash several kilometers up in the atmosphere, which led to air travel disruption in Europe for several days.

Volcán Licancabur stands 19,400ft in southwestern Bolivia, fronted by the minerally colored Laguna Verde. It can be reached and climbed in conjunction with tours to the nearby Salar de Uyuni, the world’s largest salt flat. Volcán Licancabur is dormant. Volcano Gorely consists of five overlapping stratovolcanoes and is one of the most active in southern Kamchatka. It last erupted in June 2010.

Volcano Vilychinsky seen from volcano Gorely on a misty morning.