New York City has no shortage of things to do. You could spend years there and still not scratch the surface of everything it has to offer; locals are still uncovering new places after living there for decades. But, let’s face it — it can be a formidable foe to take on. And after a few outings of battling the beast, you’ll lose energy, get tired, and potentially burn out. You’ll want to get away from the hustle and bustle for a change of pace. Luckily, there’s more to New York than the five boroughs. Here are three of the best under-the-radar day trips for those of you who want to explore the region — and enjoy some peace and quiet. 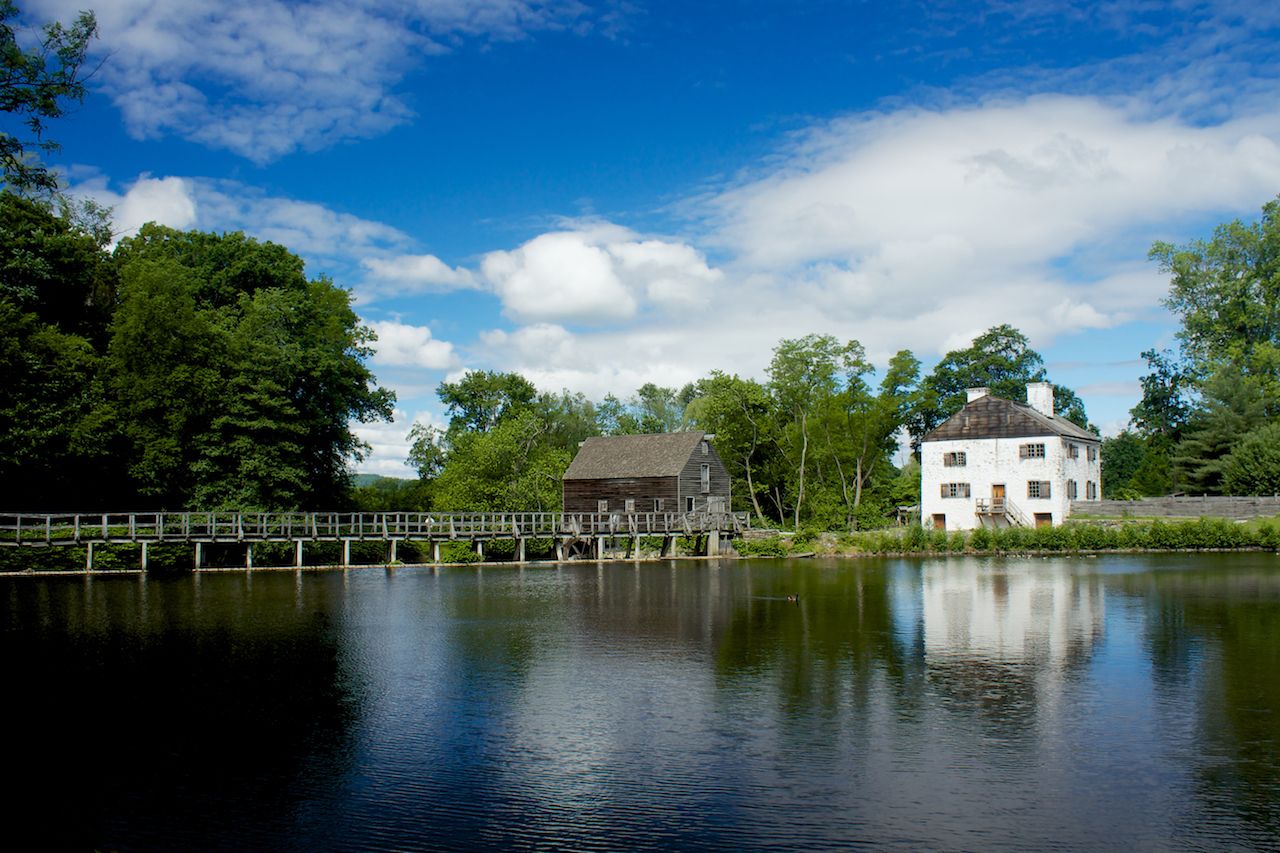 No headless horseman to be found here. Sleepy Hollow is a village of around 10,000 people and is part of the larger town of Mount Pleasant. It was made famous by author Washington Irving’s story “The Legend of Sleepy Hollow.” In his story, the main character, Ichabod Crane, is competing with Abraham Van Brunt for the hand of Katrina Van Tassel. Crane wants to marry Van Tassel so that he can get access to her family’s vast wealth. One night after a party, Crane’s intentions to propose end up being futile, so he heads home and encounters a rider — the Headless Horseman. Afraid beyond belief, he rides away on his own horse as quickly as possible but ends up seeing the Horseman again on a bridge. After that, Crane was never heard of again.

Luckily you won’t have to worry about being spirited away by supernatural forces. Walking through Sleepy Hollow will provide a window into the legend, and you can even visit the Old Dutch Church and bridge that Irving used as inspiration for Crane and the Headless Horseman’s meetings. While Irving lived in the nearby Tarrytown, he was buried in Sleepy Hollow Cemetery. It’s open to the public, and there are myriad famous figures buried there, such as Andrew Carnegie, members of Alexander Hamilton’s family, and several Rockefellers.

Speaking of the Rockefellers, you can also visit Kykuit, an estate that housed four generations of the Rockefeller family. John D. Rockefeller, the founder of the Standard Oil Company and the man considered to be the wealthiest person in America, ordered the mansion to be built. It took six years for the initial building to be completed and today stands at four stories with two basements and a large garden. Tours fill up fast so you’ll want to buy your tickets in advance.

Italian, Greek, Indian, Japanese — name a cuisine, and it’ll be here. Go for souvlaki or a greek salad at Lefteris Gyro, a family-owned restaurant with huge portions. For dessert, head on over to Main Streets Sweets, an old-school ice-cream parlor where everything from the ice cream to the sorbets to the milkshakes is homemade.

Around 50 minutes by Metro-North on the Hudson Line from Grand Central. (You’ll shave off a few minutes if you manage to catch an express train though!)

Halloween. It’s great year round, but if you’re in NYC in October, then that’s a perfect time to go to Sleepy Hollow, which embraces the spooky season in all its glory. 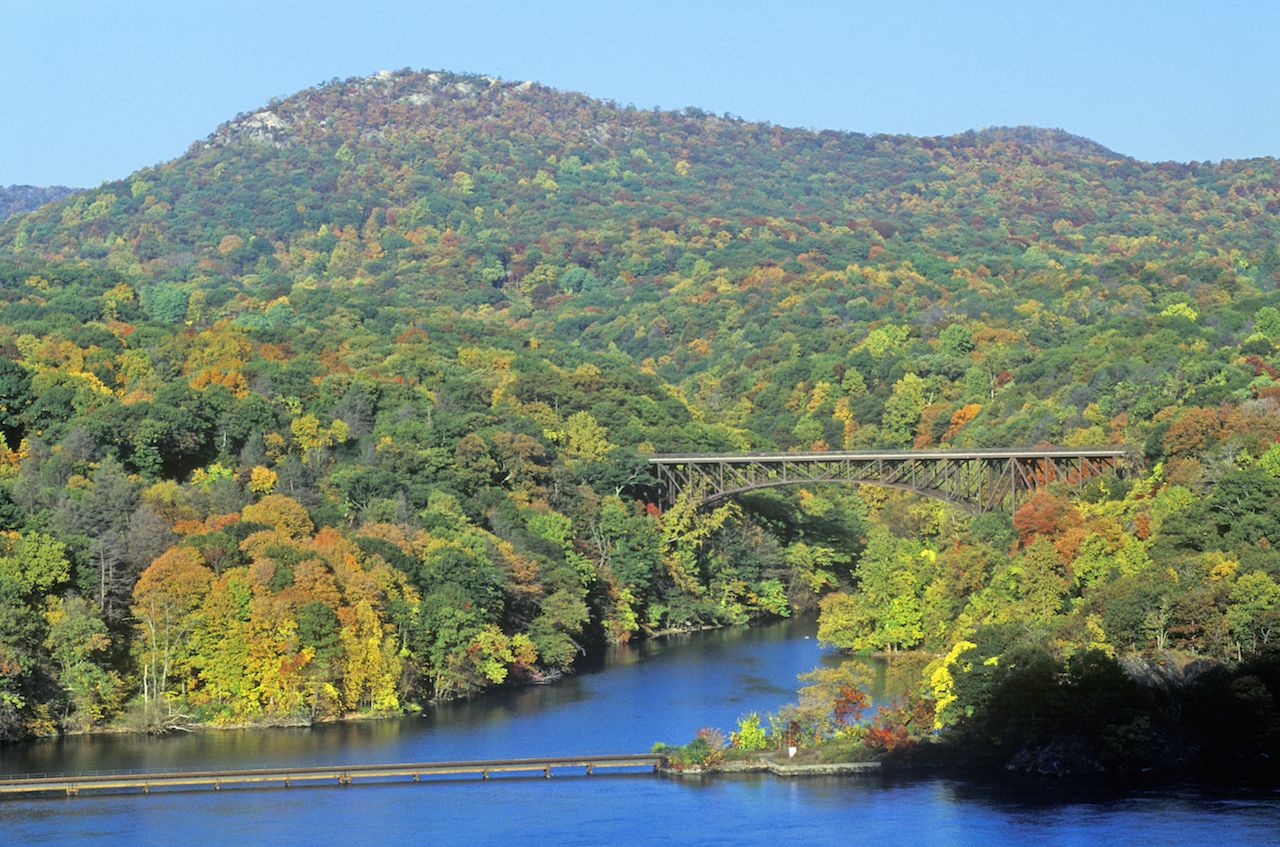 Most people associate the Appalachian Trail — a 2,200-mile-long trail that passes through 14 different states — with Virginia, Maine, or even Pennsylvania. But a large 88.4-mile portion of the AT runs right through New York state. One of the most popular parts is Bear Mountain State Park; it also goes through Harriman and Fahnestock State Parks. You can visit any of the state parks, but Anthony’s Nose is a particularly cool viewpoint that’s accessible through the AT. You’ll get amazing views of Hudson Valley and Bear Mountain.

Just under two hours by Metro-North on the Hudson Line from Grand Central. If you’re using the train to get there, be sure to check schedules ahead of time. The trains usually only run to the AT areas on weekends.

End of spring through early summer. You’ll get warm weather, so you don’t have to bundle up, but it’ll still be cool enough that you’re not hiking in the sweltering heat, either. 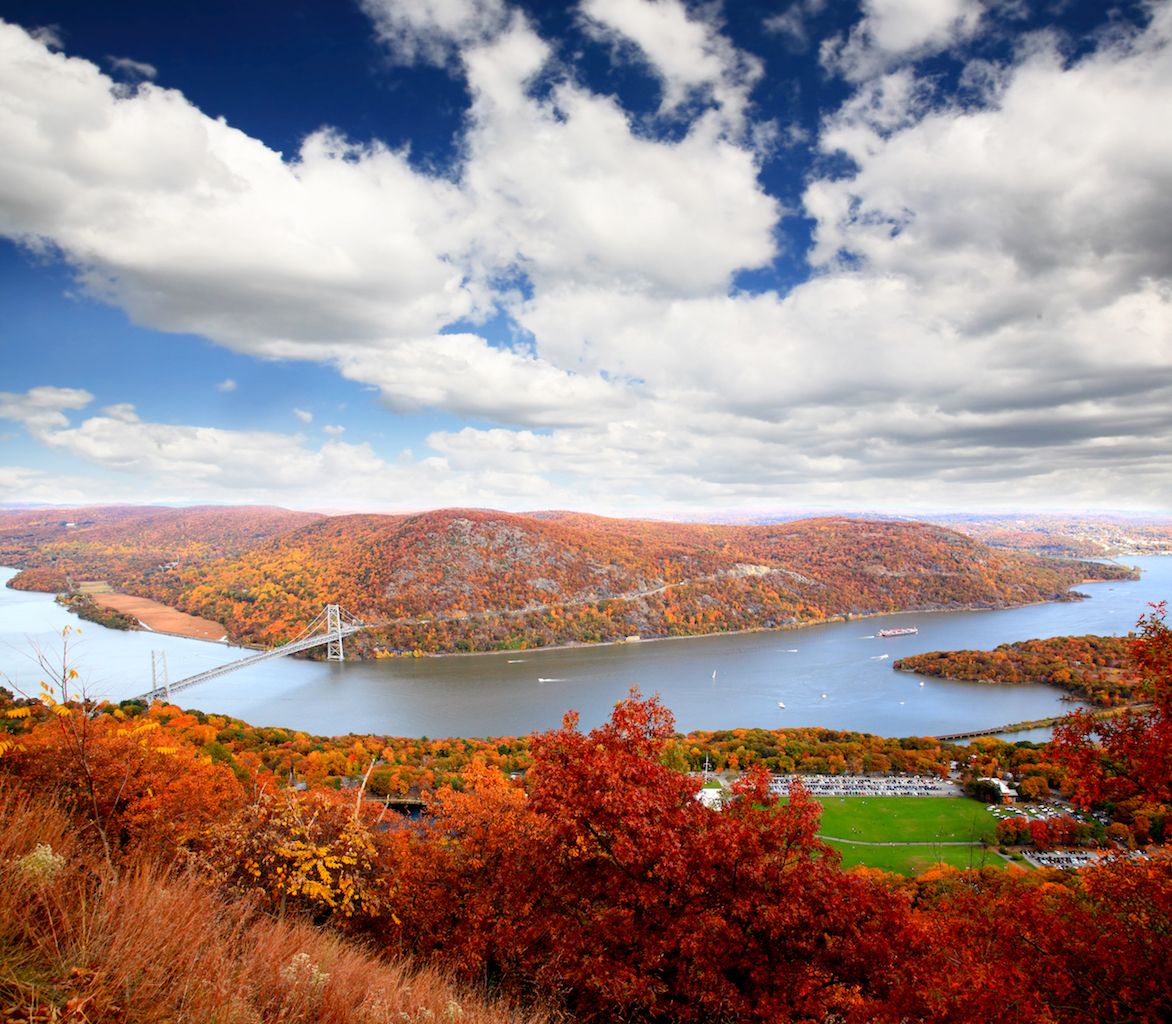 Originally named Fort Clinton, West Point is the oldest continually occupied military post in the country. During the American Revolution, President George Washington called it the most important strategic position. One of the more infamous figures in American history, General Benedict Arnold, was in command of West Point in the later part of the 1700s and attempted to hand control of the site over to the British Army. In return, Arnold would receive the title of Brigadier General in the British Army, as well as £20,000 — the equivalent of $26,000 today. West Point remained in American control, and while Arnold’s treasonous act was uncovered, he successfully made it to the British side and received a decreased reward of £6,000 ($7,800 today).

History buffs will love it here. Visit West Point Academy, the oldest military academy in the US, and tour the base. Then there’s the West Point Museum, whose mission is “to collect, preserve, exhibit, and interpret historically significant artifacts pertaining to the United States Military Academy, United States Army and the Profession of Arms.” You’ll come to understand how war tactics have changed over time and compare and contrast the strategies of the past to those of today. There’s also an exhibit that gives an overview of what life as a cadet looks like.

To prevent a history overload, you have two options: first, there’s Eisenhower Hall Theatre, a performing arts theater that puts on different plays and concerts. See “A Gentleman’s Guide to Love & Murder,” “Cinderella,” or “Jersey Boys.” Second, see if you can catch a football game at Michie Stadium. West Point’s football team is Division I, the highest level of US college football, so it’s sure to be a good one no matter who the team plays.

Zulu Time Rooftop Bar and Lounge is a place where you can blow off some steam, eat, and drink all with a nice vantage point. It’s located atop the historic Thayer Hotel, which was named after Sylvanus Thayer, also known as the “father of West Point.” Patrons of the hotel include Ulysses S. Grant, Washington Irving, and Edgar Allan Poe. While Zulu Time’s menu may seem small to some, it’s got great breadth.

About an hour to an hour and a half depending on whether you go by train, bus, or car. The closest train station is Peekskill, so take the Metro-North Hudson line to get there. Outside the station there are always cabs waiting, so hop in one for the quick 20-minute ride over to West Point or book one in advance. Short Line Bus offers daily service directly there from Port Authority, but it’s about $16 each way.

Fall. Anywhere on West Point’s grounds gives you an amazing view of the Hudson River, so the changing colors of fall will only enhance the experience.