Cycling is often the best way to explore a place — you’re wheels on the ground, able to cover serious distance and access areas you might not be able to get to otherwise. It’s a lot like traveling on Greyhound, actually, what with their extensive bus network that serves thousands of destinations across the United States.

Why not combine the two? Greyhound allows you to pack and stow your bicycle under the bus, so when you arrive you’re just a quick bike reassembly away from two-wheeled travel perfection. And thanks to that super-expansive network, Greyhound can transport you to some truly incredible cycling destinations.

Here are four fun cities and their surroundings to explore by bike, whether you’re a casual rider or a cycling superstar.

Find your own bus-to-bike adventure on Greyhound 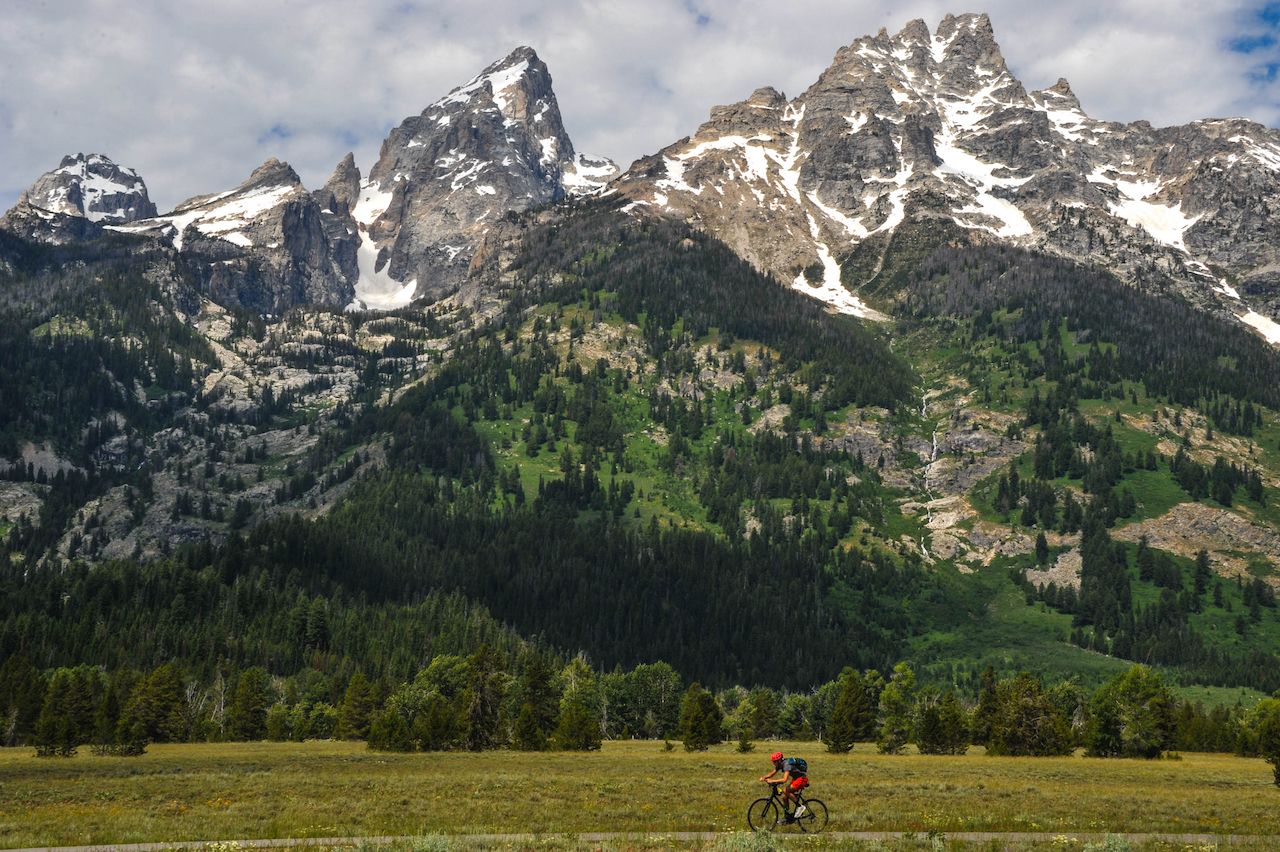 Few states offer as many spectacular biking and hiking options as Wyoming, and to be right in the middle of it all, head to Jackson, the unofficial adventure capital of the state. Greyhound will drop you off in town along US-191, from where you can access loads of hiking, biking, kayaking, rafting, and wildlife-spotting opportunities, all of which can be enjoyed without having to rent a car.

Separated bike lanes, flanked by mountains and elk-studded prairies, will guide you from Jackson right to the entrance of Grand Teton National Park. From there, you can continue on protected bike paths all the way to Jenny Lake. Depending on your energy level and interest, you could trek around the entire lake — about 7.5 miles — or just hike to Hidden Falls and Inspiration Point overlook (expect to gain around 500 feet of elevation). To save some energy for the ride back to Jackson, take the Jenny Lake Shuttle one or both ways across the lake.

Given all there is to do here, you might want to stay awhile. To save a few bucks, consider lodging options a bit outside of Jackson. Jump on the bike path that parallels US-191 and head to South Park or, when leaving the Moose Entrance of Grand Teton, take the Jackson Hole Community Path — running along Highway 390 south to Wilson — to enjoy your pick of more reasonably priced hotels, cabins, and campgrounds. 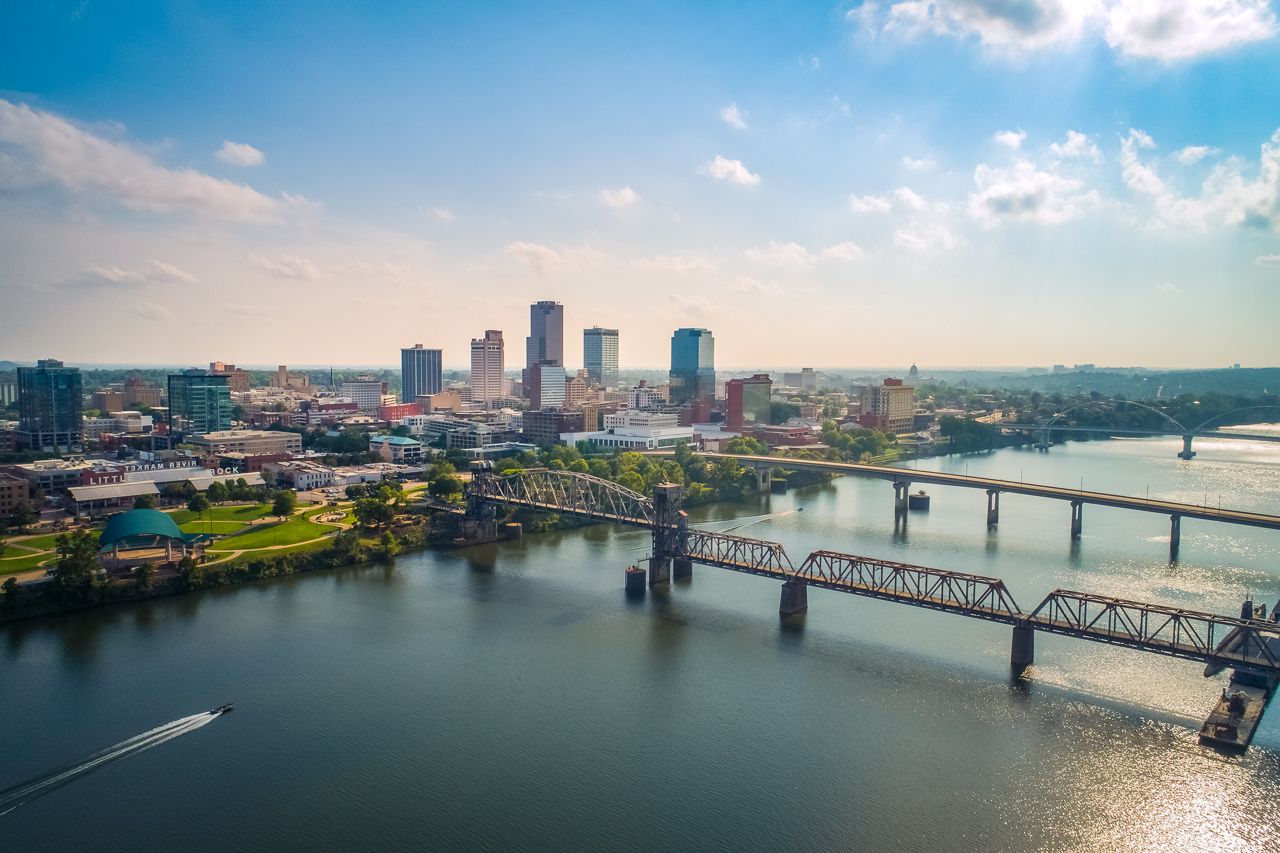 Not only is Little Rock blanketed with bike routes for all levels of riders, but the city also makes it easy for bike-lovers to organize their visit. To plan your trip, review the city’s detailed cycling guides, which break down route distances and elevation profiles, points of interest, and other nearby trails. There’s even a section with beginner rides for visitors who want to see all the sites without pounding too many miles or heaving up humongous hills. Once you’ve done your research, get on Greyhound and go — the station is one block from the bike path running along the Arkansas River, just north of downtown.

Choose from self-guided themed routes — think craft breweries, local history, and art districts — which tend to be short and sweet, or longer road routes like the 70-mile Thornburg Loop or the 55-mile Keo Loop. Regardless of the itinerary you choose, be sure to ride over the Big Dam Bridge just upstream of the city — it’s the longest (and, quite possibly, best-named) pedestrian and bicycle bridge in North America.

Mountain bikers can check out the brand-new mountain bike trails in Little Rock’s Two Rivers Park and River Mountain Park, which include trails for beginner, intermediate, and advanced riders. Bike tourists who enjoy multi-day rides should consider the 180-mile route from Little Rock to Memphis, on which you’ll traverse the mile-long Big River Crossing, the largest pedestrian bridge across the Mississippi. Once in Memphis, be sure to check out their world-famous barbecue (and museums!) before hopping back on Greyhound to your next destination. 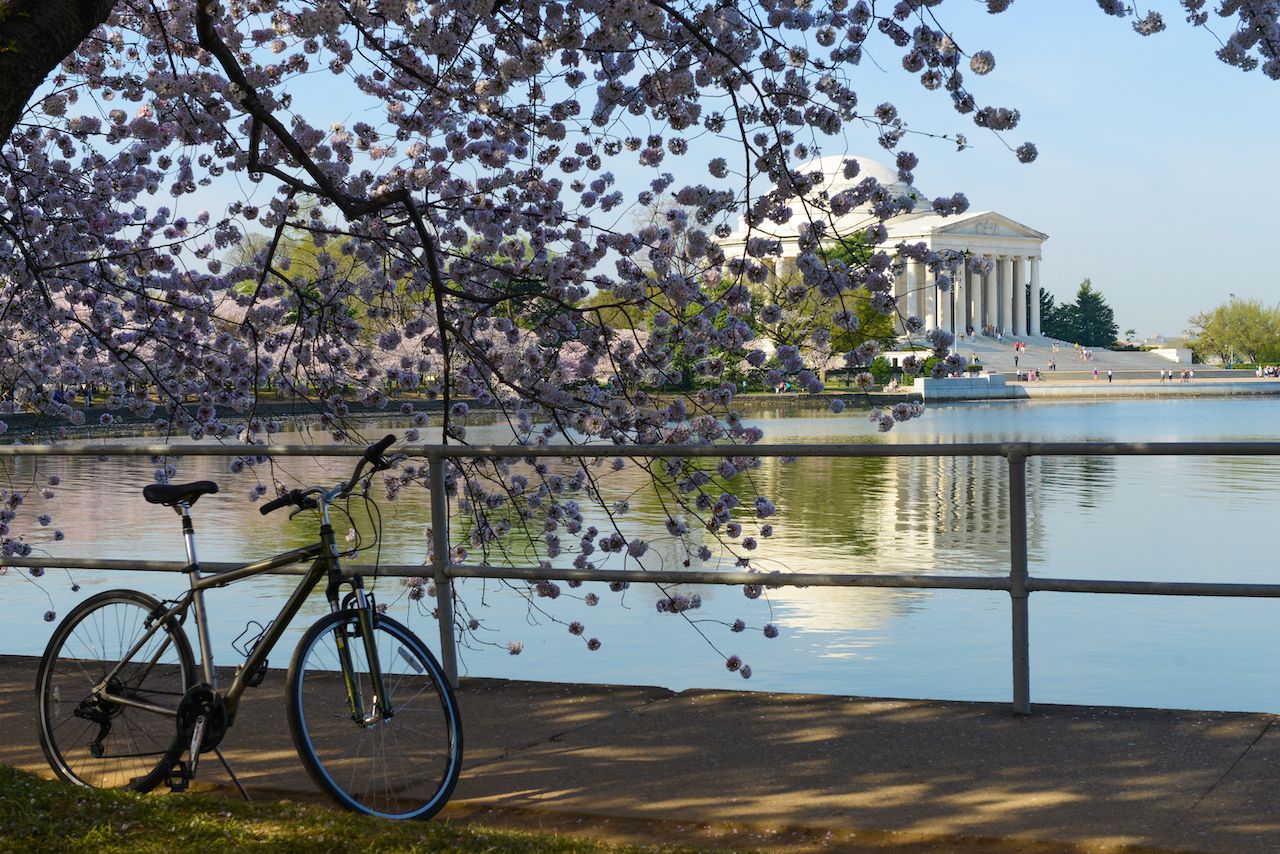 DC has some of the best urban cycling in the country: loads of bike lanes, well-marked trails, and a widespread bike-share program for anyone who wants to leave their bike at home but enjoy a pedal-powered trip. Pop into a bike shop to pick up a DC bike map, or download it to your phone prior to your visit. When you get there, Greyhound will land you right next to the paths at Columbus Circle.

The nation’s capital is crisscrossed by a broad system of tree-lined trails along the Potomac River and through city parks that’ll have you forgetting you’re in a major metropolitan area. For a fun day trip, hop on the Capital Crescent Trail and head up to Bethesda, Maryland, where you can either ride back the way you came or add a few miles and pedal through the beautiful Rock Creek Park. If you find yourself in the mood for a hike, simply pull over, lock up your bike — always bring a lock — and switch from bike trail to pedestrian path.

Bike tourists looking for a multi-day adventure should catch the Greyhound to Pittsburgh (another great cycling city), then bike the 150-mile Great Allegheny Passage all the way to DC. Though you could certainly ride it in the other direction, you’ll have less elevation gain if you travel from west to east. Along the route, you can either camp or overnight in hotels or B&Bs. 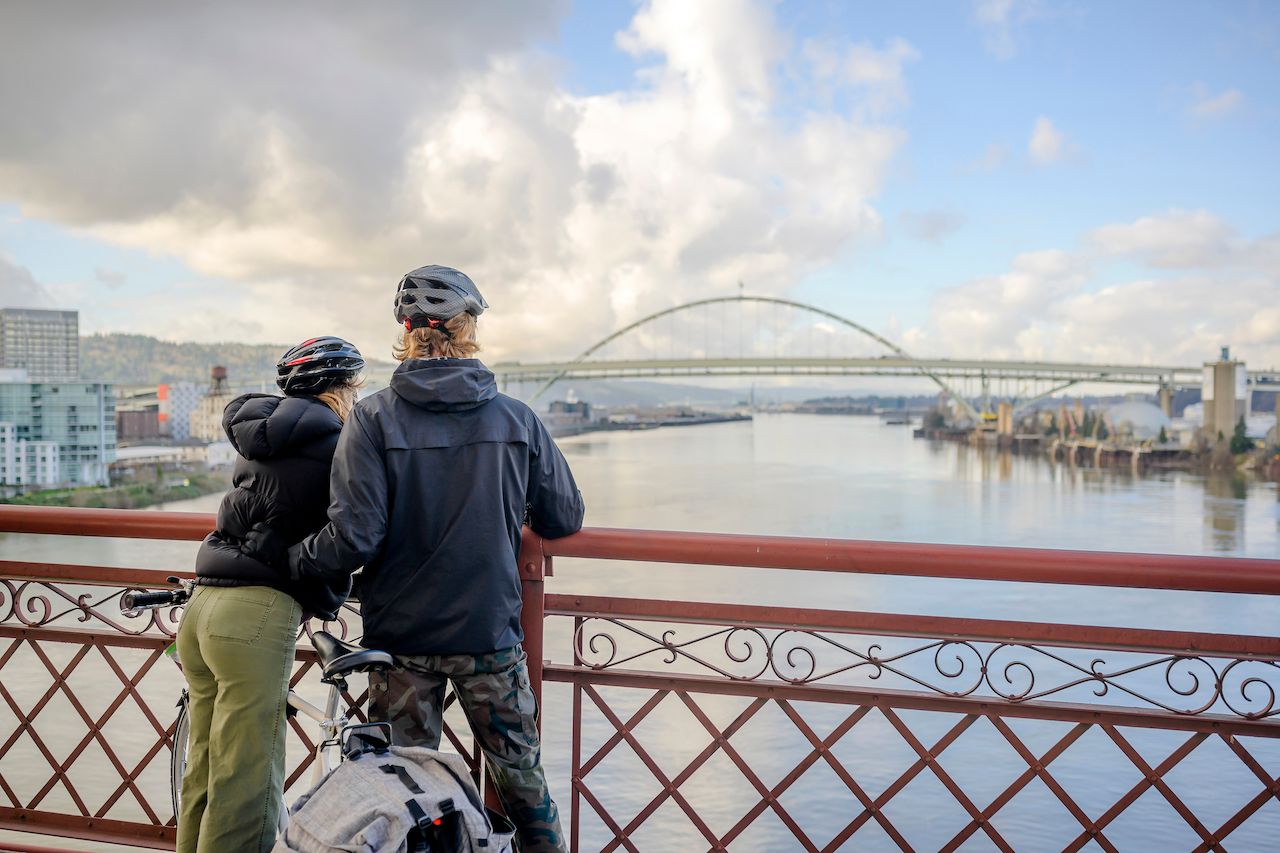 Consistently voted one of the most bike-friendly cities in the country, Portland isn’t just friendly to local residents who commute by bike (and there are many!) — it’s also extraordinarily welcoming to its two-wheeled visitors. Portland’s tourism board has put bike culture front and center, making it easy for visitors to “Bridgetown” (yes, most of the bridges are also accessible by bike!) to find bike maps and routes, shops that rent bicycles, and companies that lead guided bike tours.

Greyhound passengers will find themselves disembarking at Union Station, right near the trails on the pretty Willamette River. You’ll feel safe navigating the city via protected bike lanes that wind through artsy neighborhoods, where you’ll likely want to hop off to check out local shops or fuel up at the hottest new food truck. Nature lovers should ride the Springwater Corridor along the Willamette, the city’s rails-to-trails project (a former railroad turned pedestrian and cycling path) that traces the waterfront, making its way to the 170-acre Oak Bottom Wildlife Refuge.

But if you simply get off the Greyhound and hop right onto downtown’s section of the Waterfront Park Trail, flitting between city and nature, that alone would be worth the trek — both the six-wheeled and the two-wheeled portions.

This post is proudly produced in partnership with Greyhound.
Tagged
Cycling Washington, DC, United States Portland, OR, United States
What did you think of this story?
Meh
Good
Awesome