NATIONAL PARKS HAVE never been more popular. In 2016, 325 million people visited the 127 US parks, easily setting the record for yearly visitation. While it’s great that so many people are heading outside to enjoy the country’s natural splendor, this uptick in attendance often translates into lines at park entrances, large crowds, and fully booked campgrounds.

So if you’re hoping to visit one of the country’s most beautiful parks but don’t want to deal with the congestion that you’ll undoubtedly encounter in the lower 48, check out Denali. Here’s why: 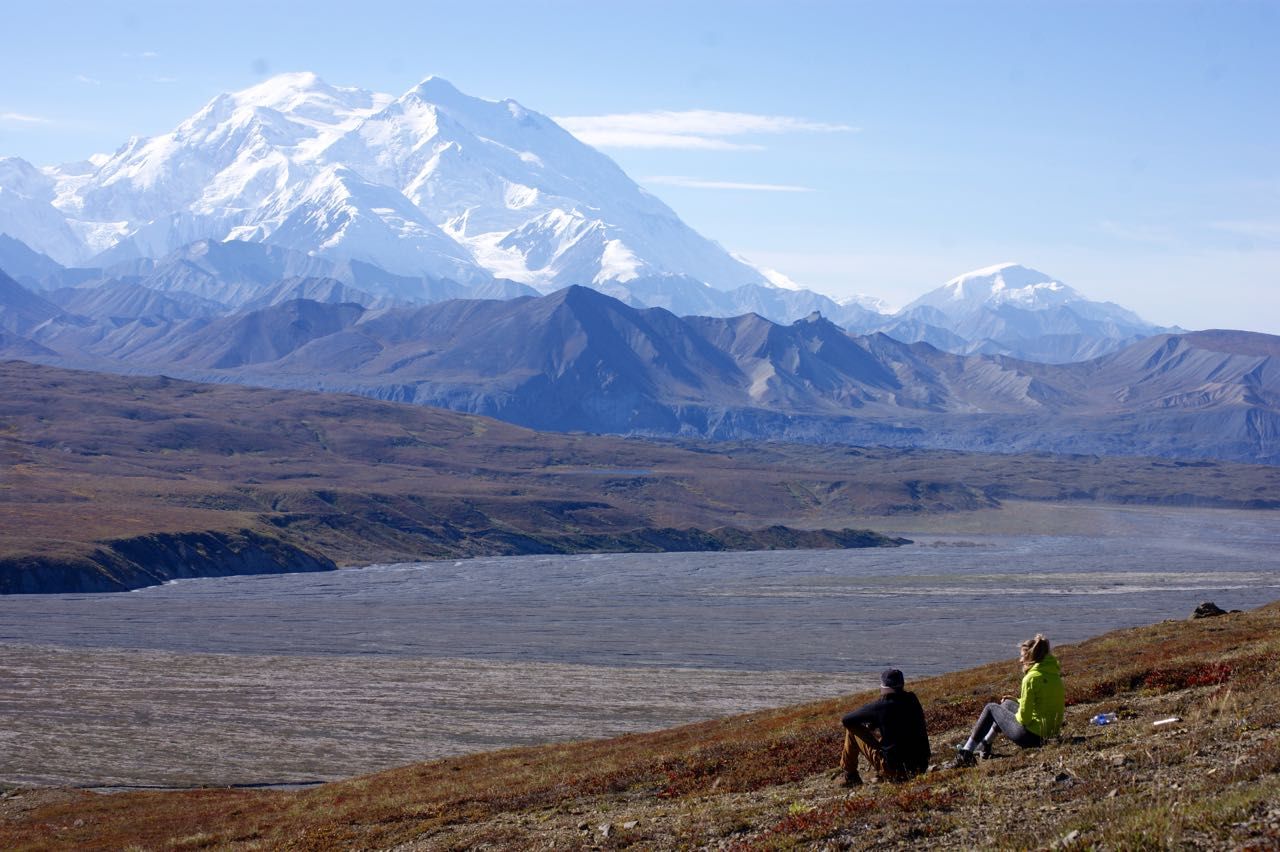 If you’re fortunate enough to enjoy at least one day of clear skies, the views of the mountain for which the park is named will blow you away. While it might be too bold to say that the iconic view of North America’s tallest mountain from the Park Road is the best mountain vista in the country, I’d be hard-pressed to find another that I could honestly say is better. The best places to get the perfect shot of the 20,310 foot behemoth are from the Eielson Visitor Center and Stony Hill Overlook. 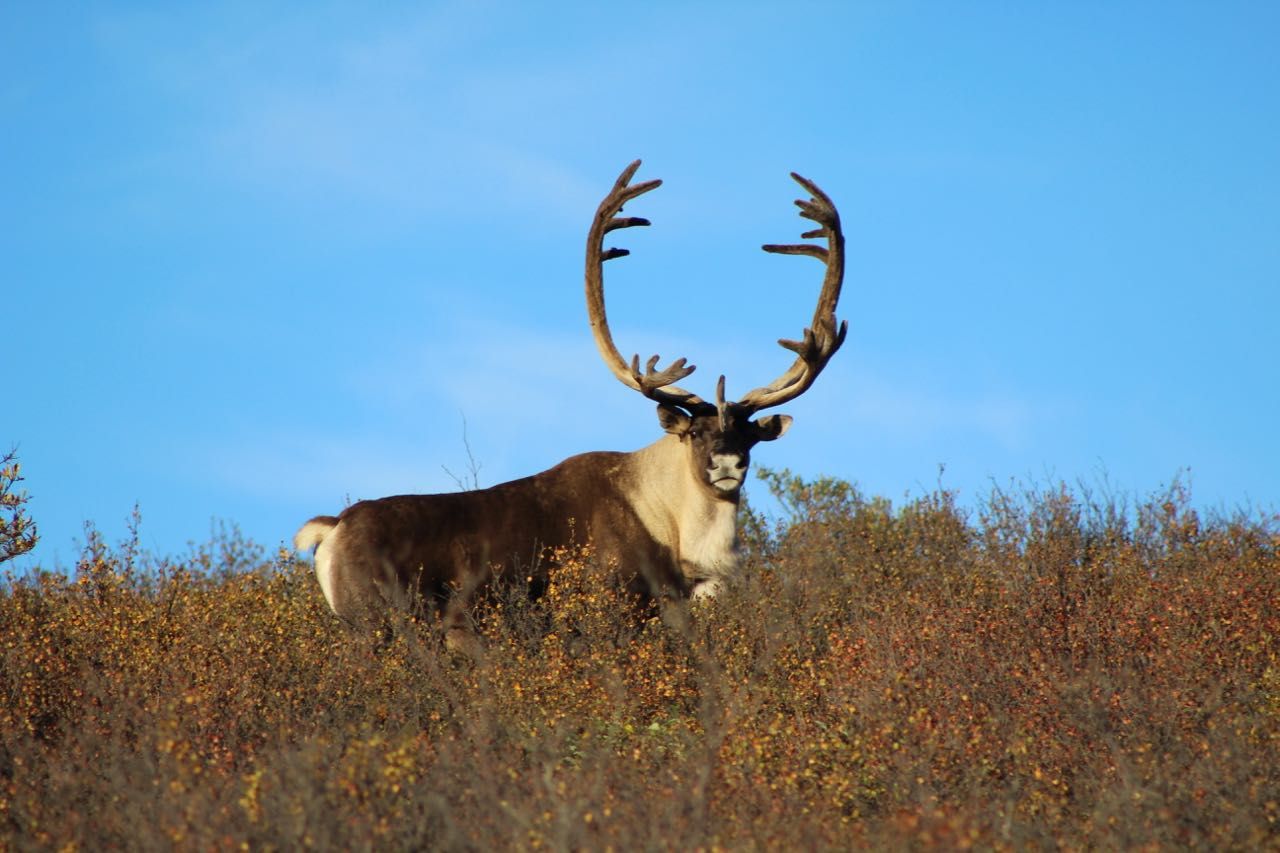 Since public vehicles are only permitted to drive 15 miles beyond the park entrance, the best way to venture deep into the park for the best wildlife viewing is by bus. Denali is teeming with wildlife, and a ride on one of the many shuttle buses operated by the park is a veritable North American safari that all but guarantees that you will spot caribou, moose, and probably even a grizzly or two.

In fact, the National Park Service reports that the vast majority of park visitors catch a glimpse of a grizzly during their visit. There are also wolves residing in the park, but they’re much less common and require a great deal of luck to spot. 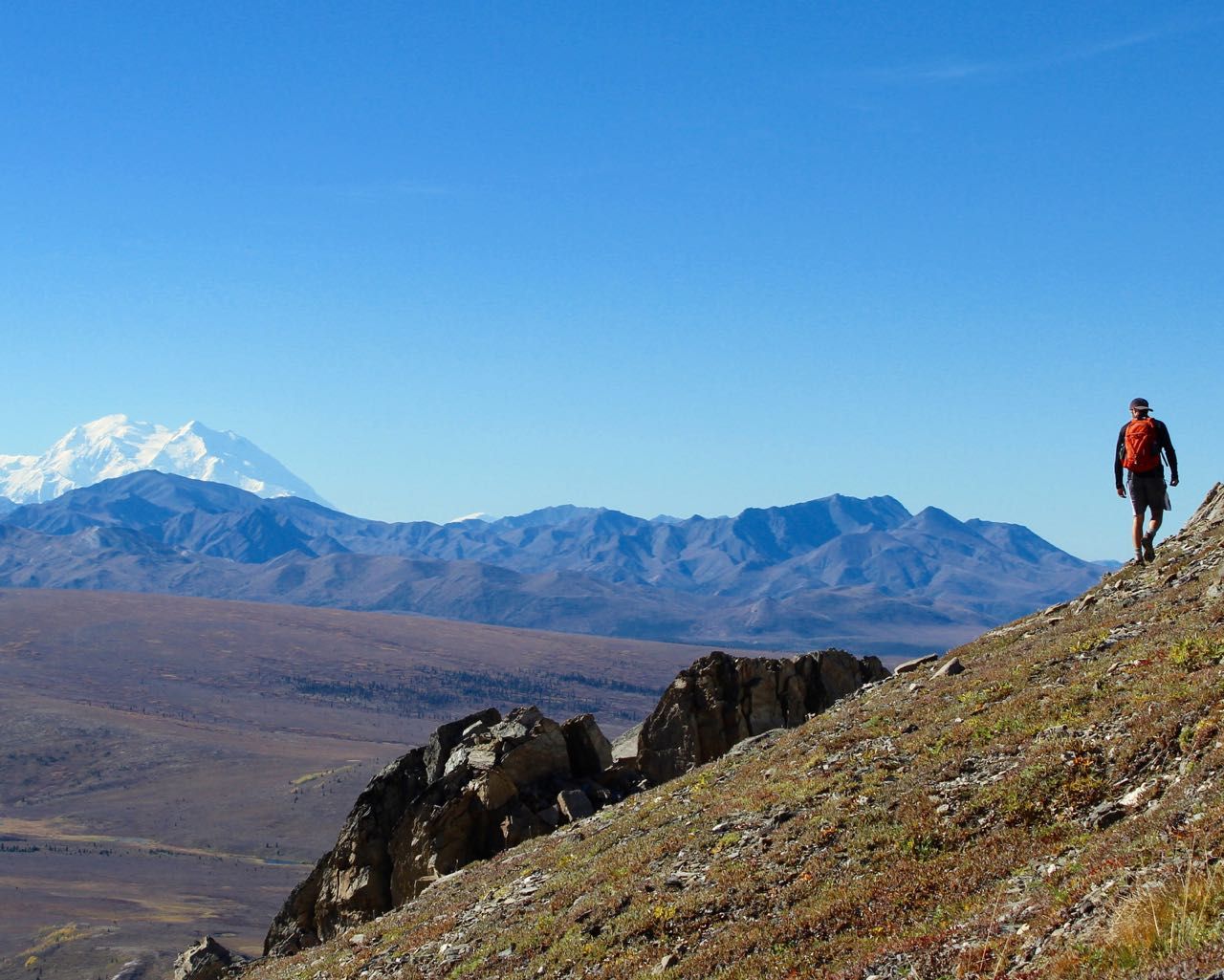 Although there are few marked trails in Denali, there is no shortage of hiking. Some of the moderate day hikes closer to the park entrance provide sweeping mountain views from the comfort of a marked trail. The Savage Alpine Trail is our personal favorite, and at only four miles one-way, it can easily be completed in a few hours. The trail winds along a steep mountainside overlooking the savage river and provides intermittent glimpses of Denali peeking over the foothills. More adventurous hikers also have the option to venture off the beaten path into the vast untamed wilderness. The shuttle buses will drop you off wherever you want along the Park Road. Just make sure to pack your bear spray. 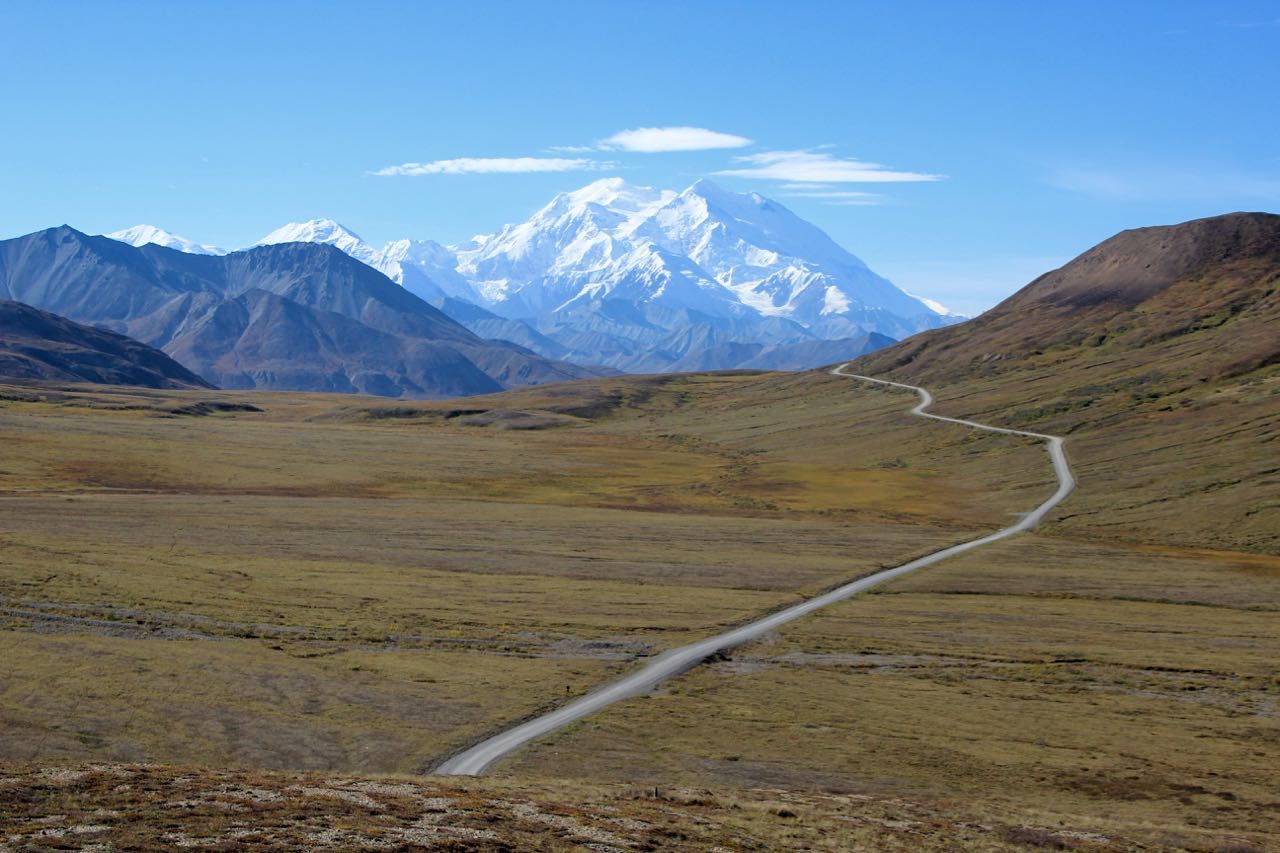 Obviously, part of the reason that Denali is less crowded than its counterparts in the lower 48 is due to it being less accessible. In reality, it only takes a flight into Anchorage and an additional 4-hour drive from there; but when compared to a park like Yosemite that is few hour’s drive from some of the nation’s largest urban areas, it’s no surprise that Denali doesn’t experience the same levels of congestion. In 2016, Denali received 587,412 visitors. By comparison, Yosemite, a considerably smaller park, had over 5 million visitors in the same year.

During peak season, you’ll still see plenty of fellow tourists on the shuttle buses and campgrounds, but by comparison to more popular parks it’s far less hectic. If you want to totally escape even the limited crowds in the more heavily traversed sections of the park, venture into the backcountry; I’m fairly certain you can find a nice quiet area somewhere in the 4.7 million acres of wilderness.

This incredible park is home to an abundance of wildlife, rugged wilderness, not to mention the tallest mountain in North America. If you’re not afraid to venture north of the 48th parallel, you will not be disappointed.

Kentucky Has Over 130 Caves. These Are the 7 You Don’t Want To Miss.
The 8 Best Rivers in Washington State for Salmon Fishing
Scuba Divers Just Pulled 25,000 Pounds of Trash From Lake Tahoe. Here’s the Wild Stuff They Found.
Nevada Is One of the Best States for Stargazing. Here’s Where To Go
5 States With the Most Scenic and Laid-Back Nude Beaches

Dog Sledding Is Alaska’s National Sport, and You Can Try It in Denali