When it comes to popular New York City boroughs, Manhattan gets most of the attention thanks to iconic buildings and neighborhoods. Brooklyn has been more and more on people’s minds over the past decade. But anyone who sticks to just those two boroughs is missing out, because Queens is where it’s at.

Once considered only good for Mets games, the US Open, and family homes, Queens has quickly become New Yorkers’ go-to destination for art exhibits, outdoor activities, and Saturday beer crawls. Far from the crowds of Williamsburg and the strollers of Park Slope, Queens is brimming with culture, and it has some of the best food in all of the boroughs. Plus, it’s all just a short subway ride away. Here are five reasons why leaving Manhattan and Brooklyn to check out Queens is totally worth the trek (or multiple treks — it is the largest borough, after all).

1. The gastronomical diversity is out of this world. 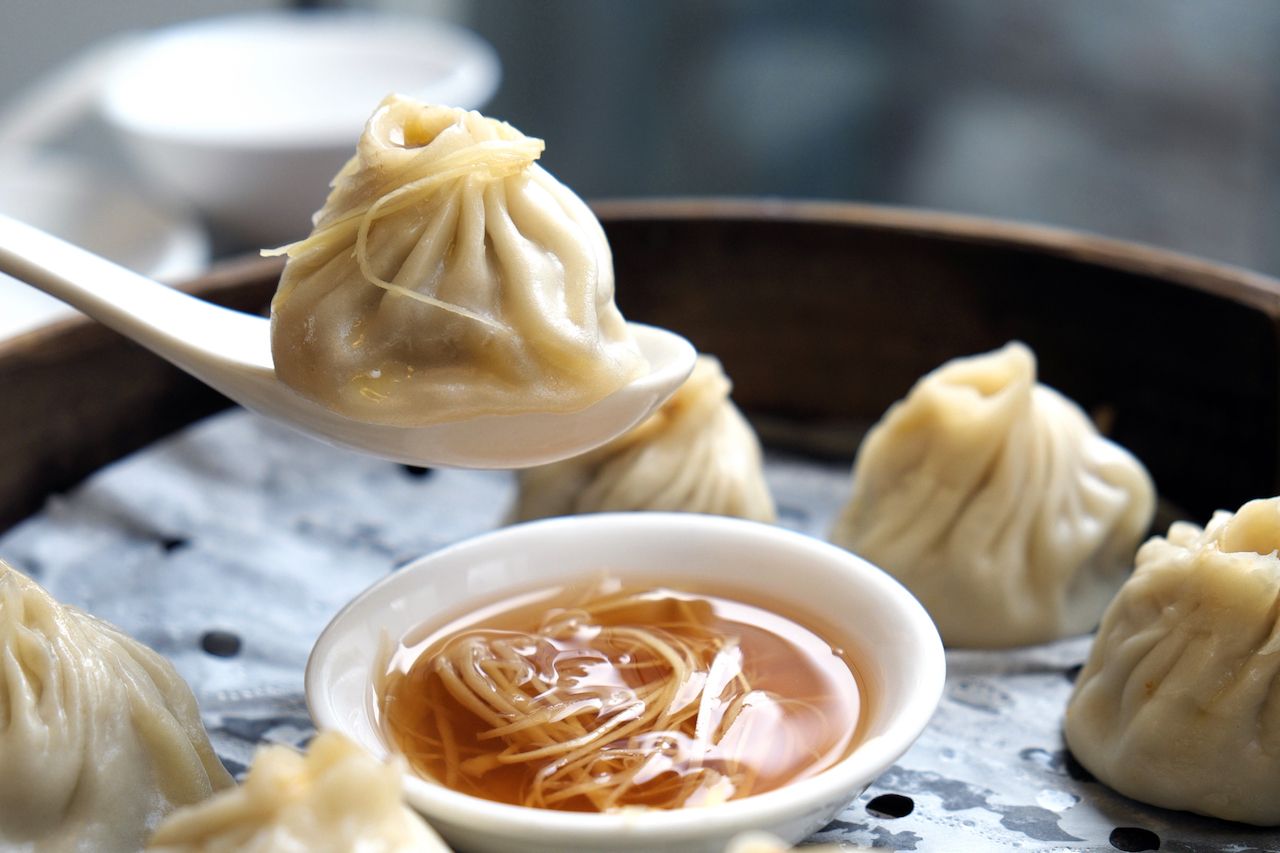 Queens has long been a hotbed of diversity, and that’s clearly seen in the cuisine. Each neighborhood has its own specialty, from the unmatchable Indian food in Jackson Heights to the homemade Greek spanakopita in Astoria to the authentic Chinese food in Flushing. Eating your way through Queens is almost like a day at Disney World’s Epcot — except more genuine, affordable, and accessible.

Where to eat: Tackling an entire borough’s worth of food in a day is near impossible, but a food tour through Queens is more manageable if you pick a neighborhood and stick to what it’s known for. The renowned Greek hotspot Taverna Kyclades is the best for fresh seafood, with Queens locations in Astoria and Bayside. Flushing, a neighborhood near the edge of Queens, has a larger Chinese population than Manhattan’s more famous Chinatown. Tianjin Dumpling House, located in the basement of Golden Shopping Mall, is a standout among the many great places. Hit Jackson Diner in Jackson Heights for all of your Indian food cravings, and Stanley’s Pierogi in Ridgewood to indulge in Polish delicacies.

2. Executing a beer crawl has never been easier. 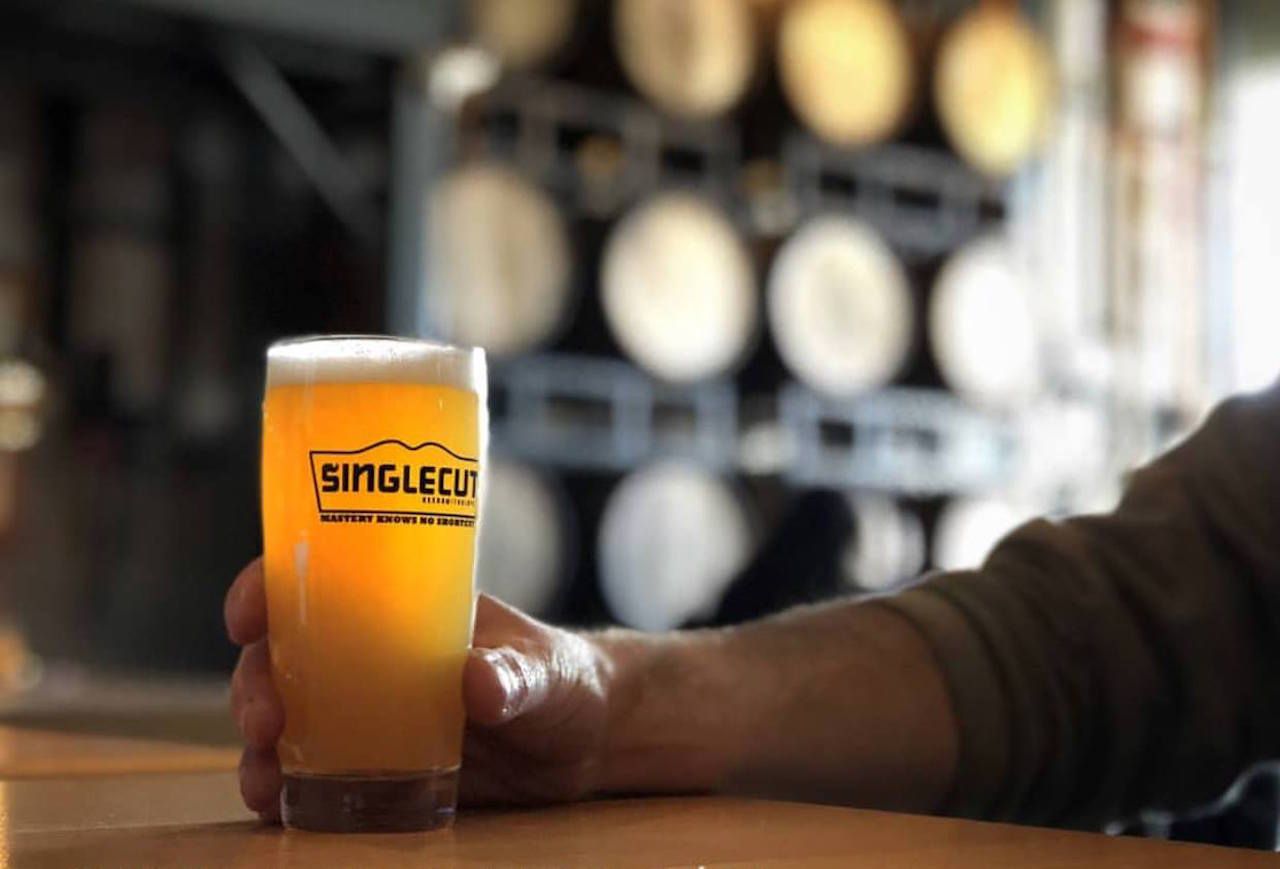 Queens has gone from just one brewery in 2012 to eight in 2018. The borough’s Long Island City neighborhood especially stands out as one of the most brewery-dense areas in NYC, making it a mandatory stop for beer lovers.

Where to drink: Start the crawl at Transmitter Brewing, which specializes in farmhouse ales and barrel-aged sours. Walk 10 minutes north to Fifth Hammer Brewing Co. and Rockaway Brewing Company, both home to an array of sours, special brews, and IPAs. Big aLICe Brewing offers various flights and cans to go (don’t miss the Queensbridge IPA or Hibiscus Gose), and LIC Beer Project is just a 15-minute walk away. Although slightly out of LIC, Astoria’s SingleCut Beersmiths is one of the borough’s best breweries and is equipped with various flight options, board games, and delicious soft pretzels.

3. There’s a museum to suit every interest. 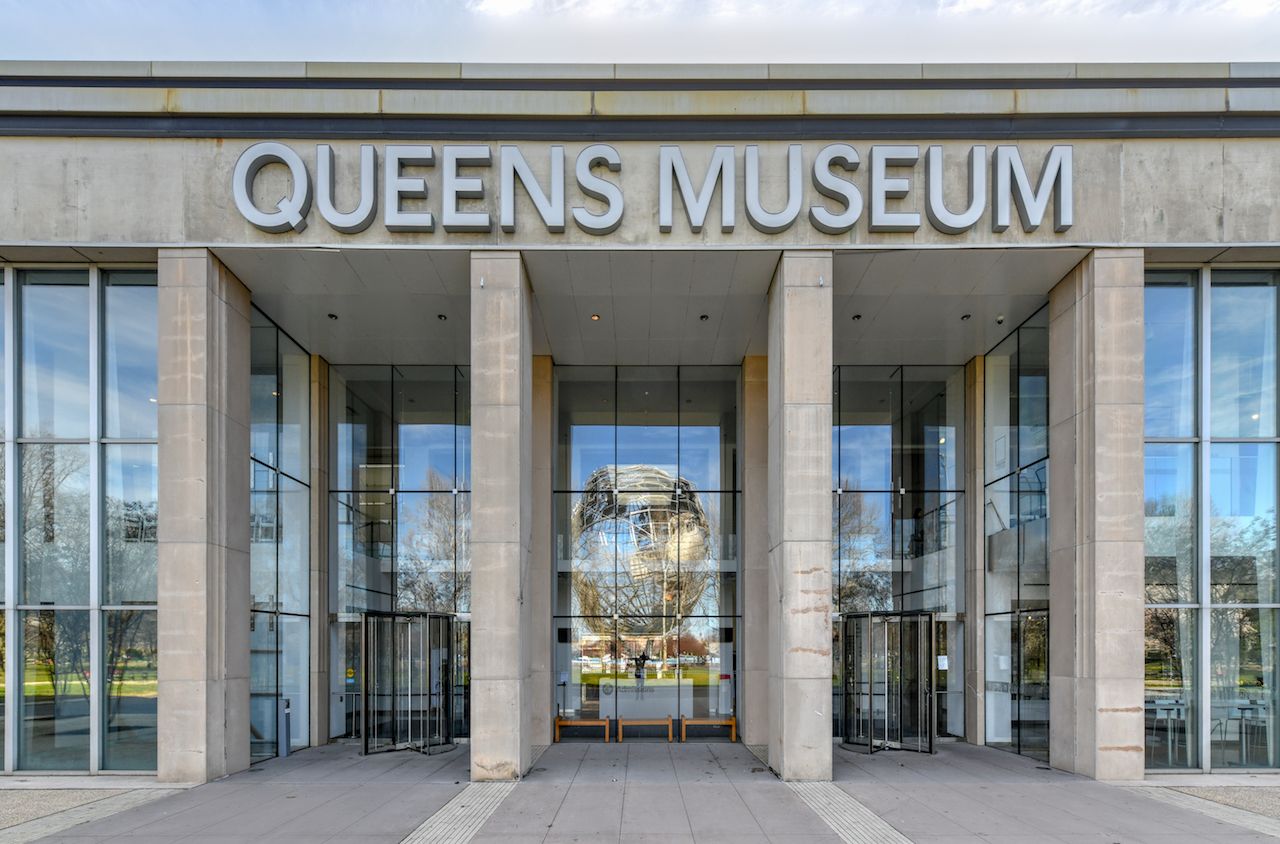 No matter what you’re into, Queens has a museum for you. There are more than 20 museums in Queens, some with a wide scope and others that focus on topics like film, history, art, music, and more. A trip to the museum is just what you need to work up an appetite in between all the eating and drinking.

Where to go: The Museum of the Moving Image in Astoria is a must for every filmmaker and movie enthusiast. MoMA PS1, an extension of the larger Manhattan-based MoMA, gives you contemporary art without the crowds. The Noguchi Museum is located just a short walk away, designed and founded by Japanese-American sculptor Isamu Noguchi. Go deeper into Queens to the Corona neighborhood for the New York Hall of Science, which offers a hands-on look at over 400 biology, chemistry, and physics-focused exhibits. The Queens Museum, located in Corona Park, is home to a large collection of artifacts from the 1964 World’s Fair, as well as the highly regarded “Panorama of the City of New York” commissioned by Robert Moses. 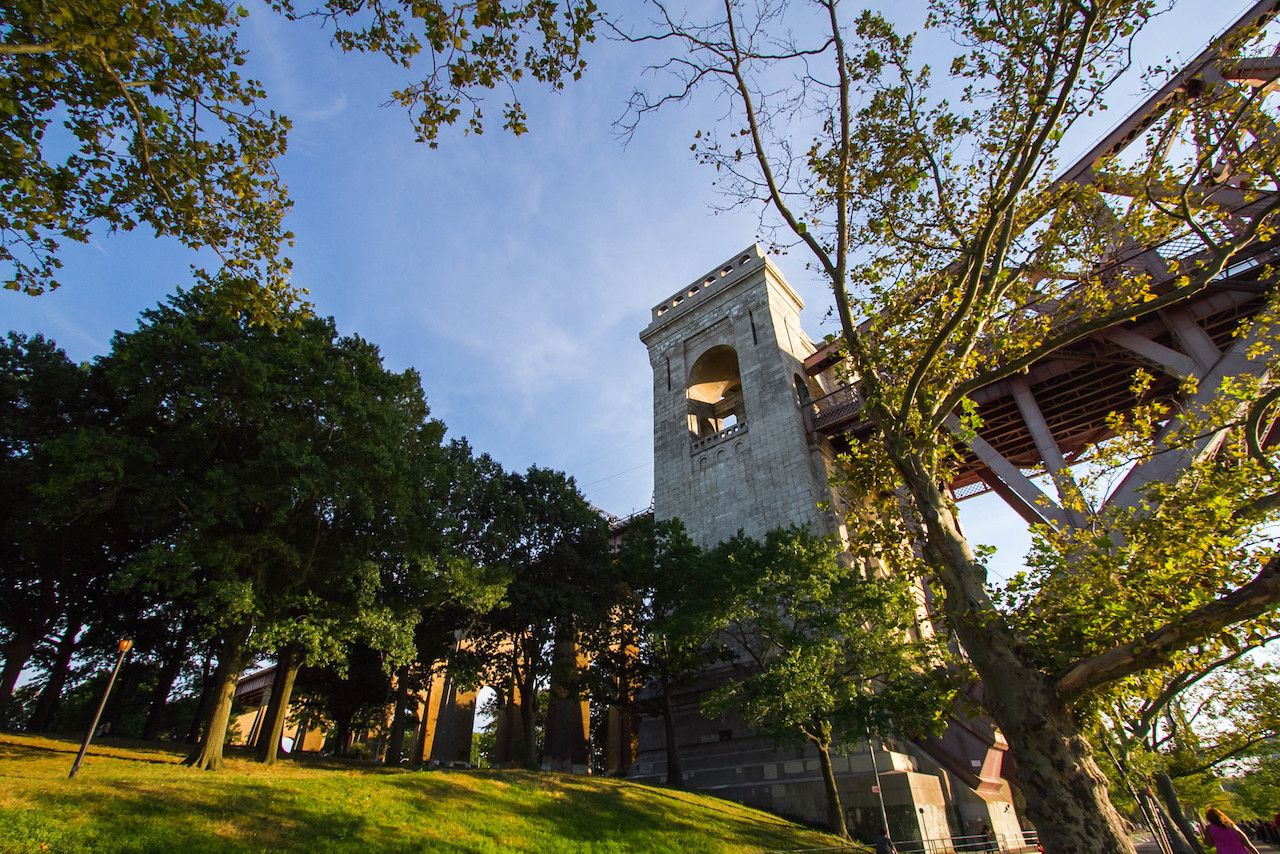 Astoria Park is to Queens what Central Park is to Manhattan and Prospect Park is to Brooklyn. Consistently offering a slew of seasonal events, Astoria Park is one of Queens’ largest and most beautiful outdoor spaces. Just under 60 acres, the park is set along New York’s East River with gorgeous views of Manhattan, Roosevelt Island, and the Triborough Bridge.

What to do: Equipped with free tennis courts, various running tracks, and basketball courts, the park is also home to New York City’s oldest, largest, and free public pool. If you visit during the summer, be sure not to miss the pre-Fourth of July fireworks, as well as a handful of free outdoor movie nights. 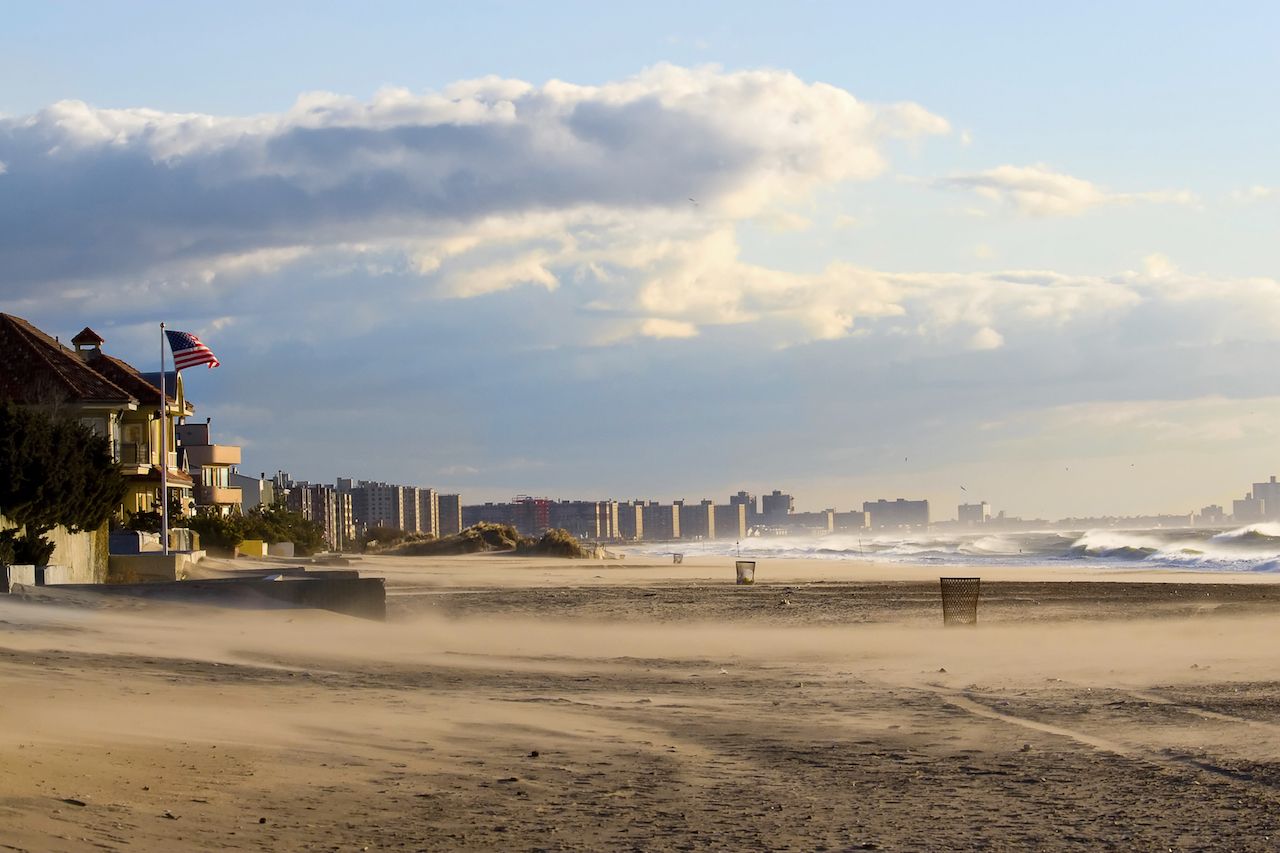 Rockaway is admittedly a trek, but it’s hands down the local summer beach destination for New Yorkers. For an accessible Montauk feel without the price of the Hamptons, hop on the A train and then ride the shuttle to Beach 90. There, you’ll find Rockaway’s surfing-meets-city vibes and wide sandy beaches (a rarity in the five boroughs) that are perfect for all-day lounging.

What to do: Stay hydrated and satiated with burgers and beers at Rippers, which is located right on the boardwalk. You can also head to Rockaway Beach Surf Club for the best tacos in town — as well as a watermelon margarita or two. And for casual waterfront dining, raw bar favorites, and live music, Bungalow Bar & Restaurant is the perfect place to end the day.