Between your destinations, wherever they may be, you’ll find farm-to-table dining, artist galleries, Civil War history, family-run farms, mountainside hiking trails, and clear-water swimming holes. Here are some of the state’s finest backroads — and their detour-worthy stops — that invite the kind of leisurely discovery only possible in a place like Vermont. 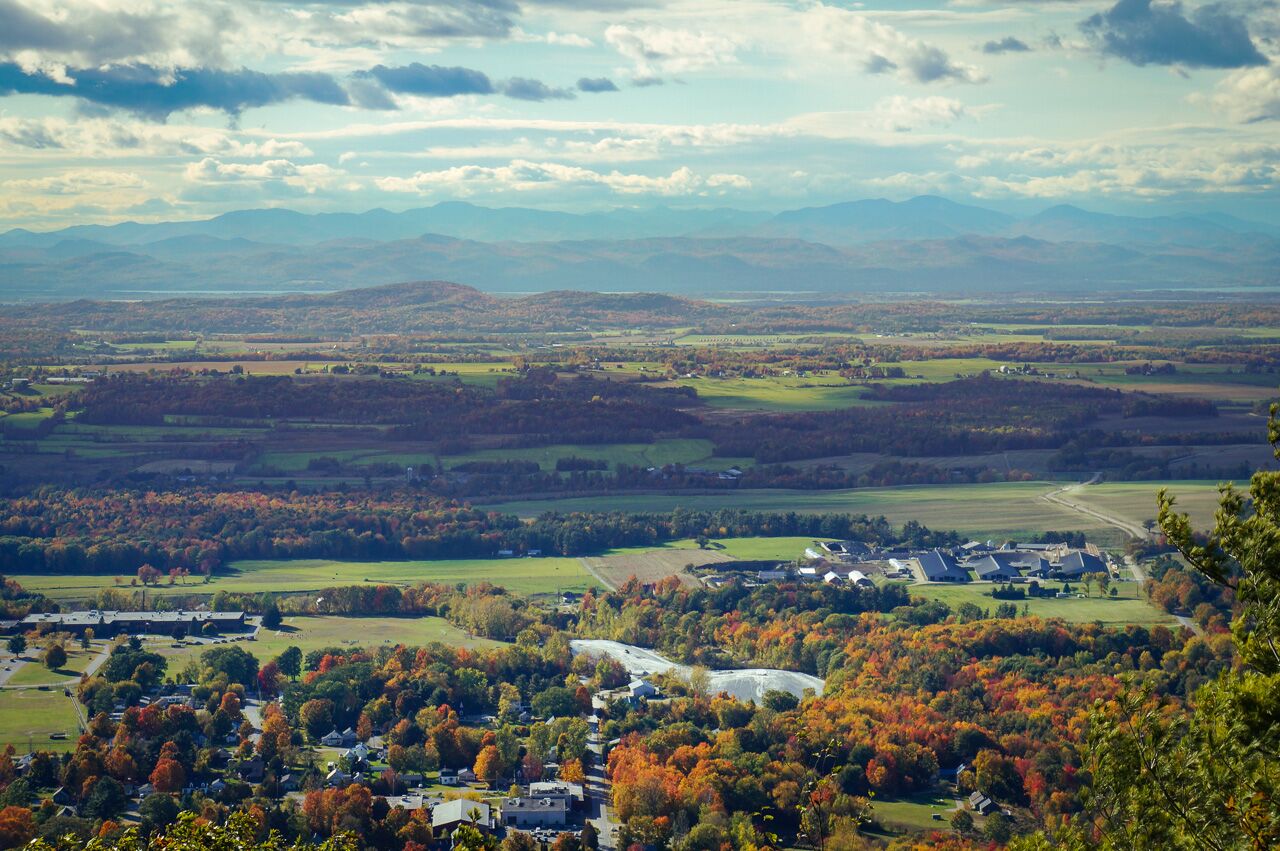 Vermont’s highest drive links the Mad River and Champlain valleys by way of the 2,428-foot-high Lincoln Gap, a pass hemmed by peaks that turn jungle-lush in summer. It’s a wild ride: At one point on the eastern side of the 7.6-mile route, you’ll be driving at a 24% grade. In 2008, Bicycling magazine recognized this as the steepest paved mile in the US.

Start on the Mad River side in the village of Warren, where the old-fashioned Warren Store stocks everything from maple syrup to handmade toys. On warm afternoons, cool off in nearby Warren Falls, a stone staircase of natural pools and a beloved swimming hole.

From there, the Lincoln Gap Road winds upward as summits close in. At the top of the pass, blue-blazed trees mark an intersection with the 272-mile Long Trail, which traverses the Green Mountains along the entire length of Vermont. That’s where the pavement ends, too. Turning to dirt for 2 miles or so, the road descends before coming to an end just to the south of the tiny hamlet of Lincoln.

But don’t stop here — continue driving northwest on East River Road and then River Road toward Bristol Falls and historic Bristol’s browsable Main Street. Park the car and stroll over to Farmhouse Chocolates for some of their organic, handmade candies to celebrate the journey. 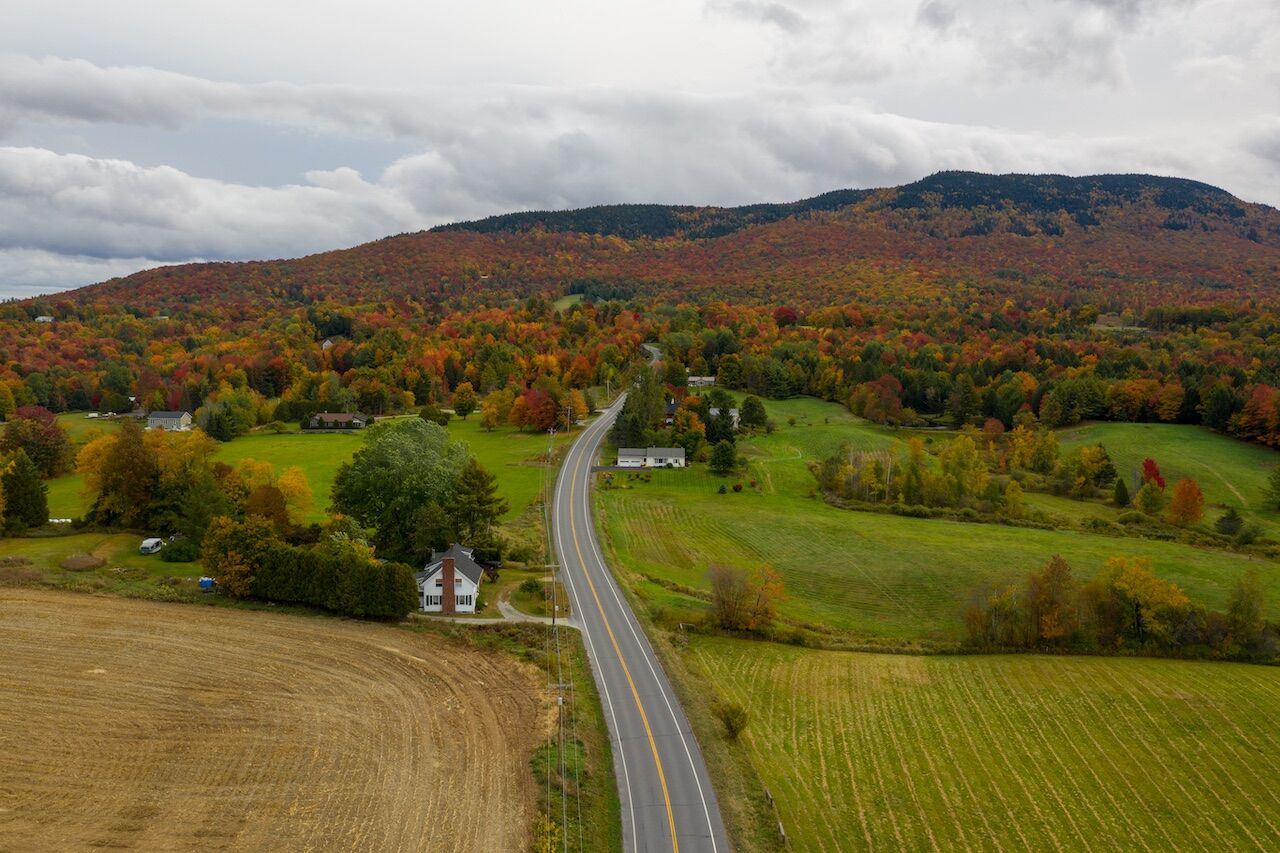 This scenic route between Underhill and Cambridge is just 10 miles long, but unmatched views of Mount Mansfield (the state’s highest peak) make it one of Vermont’s prettiest drives.

Start your day in Underhill, fueling up with a baked good from Poorhouse Pies, known for everything from classic Vermont apple pie to veggie-packed quiche. From here, head east on River Road, which turns into Pleasant Valley Road just after the Underhill Center Post Office. As the pavement swings north, keep an eye out for the view of Mansfield to the northeast. The best place to photograph the 4,395-foot mountain is from Valley Dream Farm in Cambridge, whose seasonal farm stand stocks vegetables and flowers fresh from adjacent fields.

From here, make a quick detour to the Cambridge Village Market to replenish your road trip supplies, then pick up Route 15 and take it east. Stop for a circa-1872 photo session at Jeffersonville’s Grist Mill Covered Bridge before continuing toward the college town of Johnson. Stretch those legs and nab a Vermont keepsake or two at Johnson Woolen Mills or the Johnson location of The Vermont Flannel Company.

End with a cheers in one of nearby Morristown’s cluster of craft breweries, choosing from Rock Art Brewery, the new Soulmate Brewing Company, or Lost Nation Brewing, whose salty-tart gose is a summertime favorite. 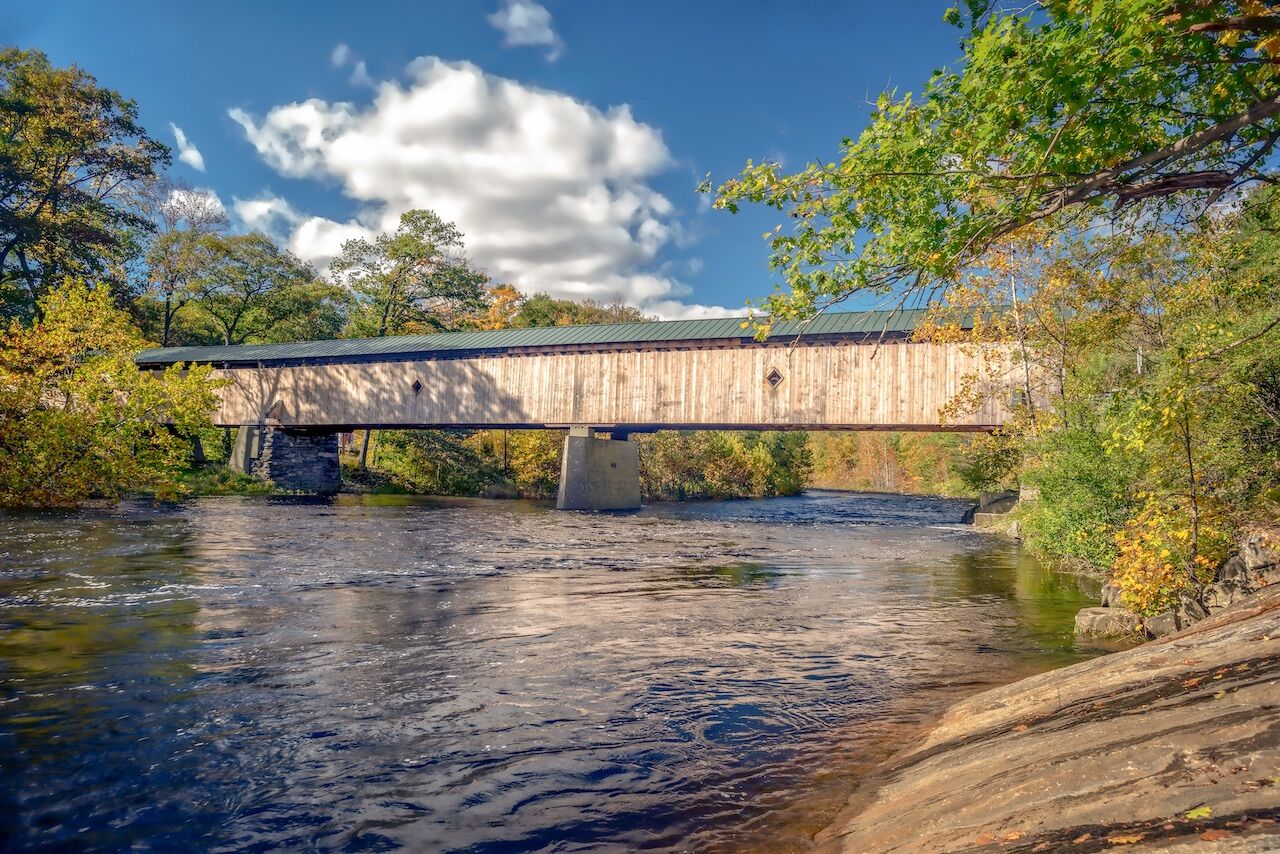 The West River defines the meandering course of much of this 47-mile, two-lane highway between Brattleboro and Manchester, which ticks past a series of historic towns. Start in quirky, artsy Brattleboro, where you can wander rotating exhibits at the Brattleboro Museum & Art Center, located in a former railroad depot. Families should also make time to stop at the kid-friendly forest playground and storybook walk at Retreat Farm.

Detour from Route 30 to Dummerston to fill up on fruit at Scott Farm Orchard, known for cultivating more than 130 varieties of heirloom apples. Author Rudyard Kipling used to live on this property, and his exquisite 1892 home — known as Naulakha — is now a National Historic Landmark. (And, believe it or not, a vacation rental.)

Continue to tiny Newfane to see a compact town square flanked by rather grandiose Greek Revival architecture. Break for a lunch of casual tavern food at the Four Columns Inn, where backyard flower beds lead to a forest-edged stream. Then sit back and enjoy the riverside drive to Manchester, which has served as a chic country getaway since before the Civil War. You’ll find that legacy on display at Hildene, the former hillside estate of Robert Todd Lincoln (son of the 16th President), as well as the American Museum of Fly Fishing. 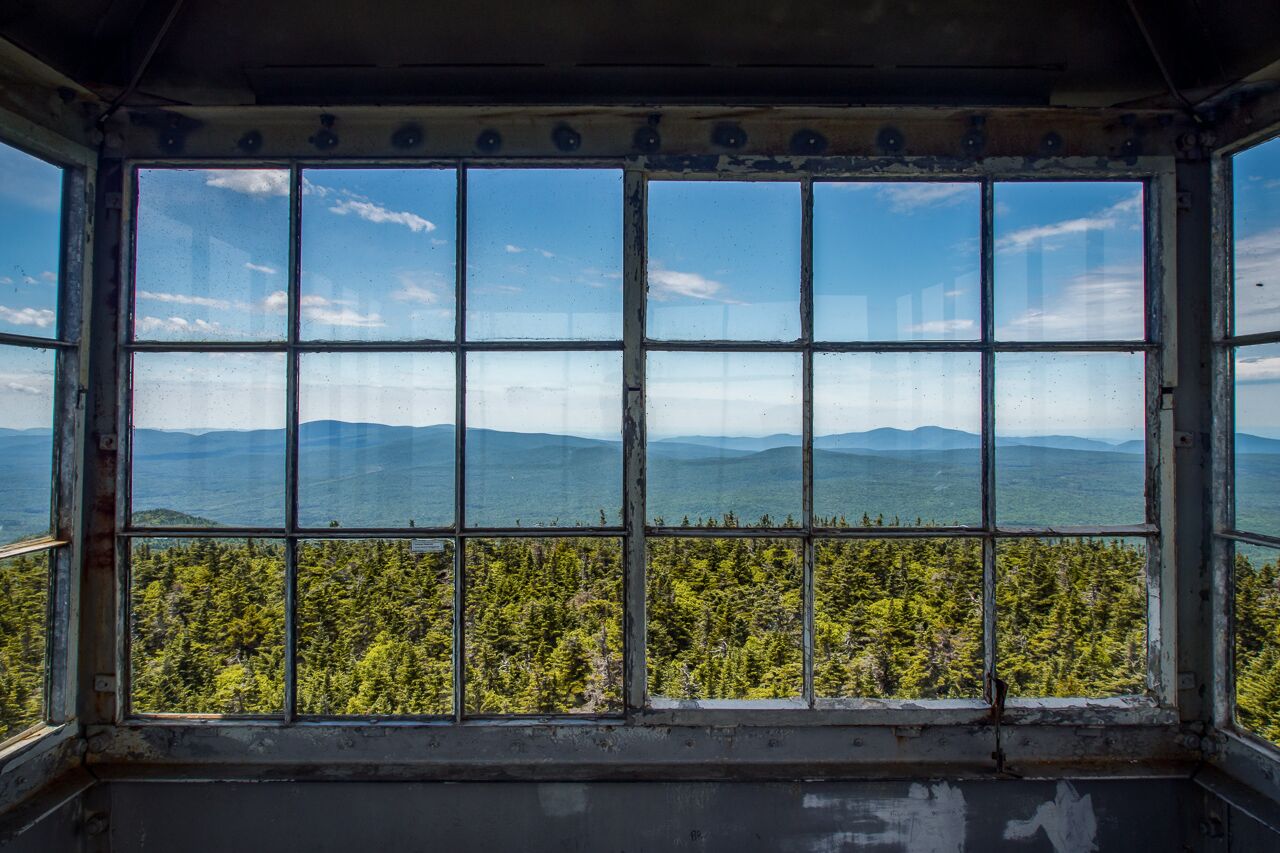 Delving through the heart of Green Mountain National Forest, Kelley Stand Road offers access to abundant outdoor adventure on the way from East Arlington to the mountain town of Stratton. It also provides a dose of Vermont culture if you begin at the nearby Bennington Museum, where the Bennington Modernism Gallery showcases midcentury creatives like Paul Feeley and Helen Frankenthaler. Just up the road in Shaftsbury is the Robert Frost Stone House Museum, a picturesque homestead where the poet lived and wrote amid the apple trees.

Trade pavement for dirt when you follow Kelley Stand Road out of East Arlington, with the chance to hike, swim, or canoe at Grout Pond Recreation Area. Once you arrive in Stratton, hop on the Stratton Gondola to the summit of southern Vermont’s highest peak for expansive forest views. Or just raise a glass to the hills — the convivial Fire Tower Restaurant & Tavern is named for the iconic wooden structure sitting on top of the ski mountain.

Note: If you’re visiting later in the year, Kelley Stand Road makes for a rewarding foliage drive (the autumn views from the Stratton Gondola in particular are outstanding). In winter, the road isn’t maintained for vehicle traffic — however, you could still take in the scenery by snowmobile, snowshoe, or cross-country ski, if you’re so inclined! 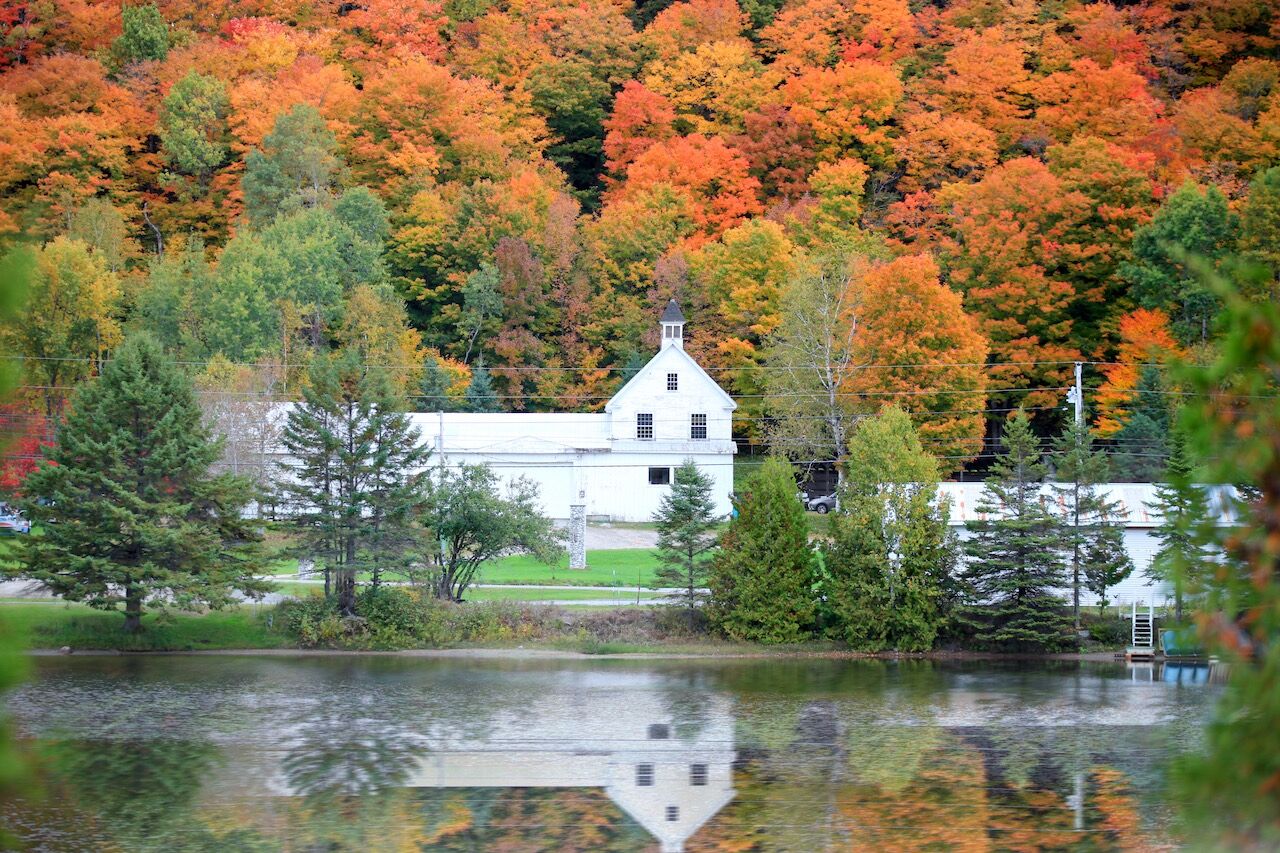 Go for: Maple syrup, mazes, and a shrine to beloved dogs

Lovely Mack Mountain Road provides the perfect excuse to make the journey up to Vermont’s Northeast Kingdom, where small towns are gathering spots for a largely rural population. Start with lunch at the community-owned Peacham Café, rubbing shoulders with local farmers and creatives. From here, the tree-lined Mack Mountain Road leads northwest towards Route 2 and Goodrich’s Maple Farm — make a pitstop at the gift shop for syrup made from the forest around you.

Head east on 2 to Joe’s Pond and the century-old Hastings Store. At the counter, join in on the tradition and place $1 bets on the exact date and time the pond ice will break up in the next year’s spring thaw for a chance to win some cash. Note: Come harvest season, nearby farm fields transform into the Great Vermont Corn Maze, the largest in New England.

Where will you go next? Pretty much the entire state of Vermont is one glorious backroads kingdom, so you can’t go wrong.

This post is proudly produced in partnership with the State of Vermont.
Tagged
Road Trips Vermont, United States
What did you think of this story?
Meh
Good
Awesome