YOU WOULDN’T know it by looking in a guidebook, but Miami has a lot more to offer than sandy beaches and expensive cocktails. The city is a patchwork of cultures that come together to offer a wide array of amazing things to do. Here are six of the most unique local Miami experiences. 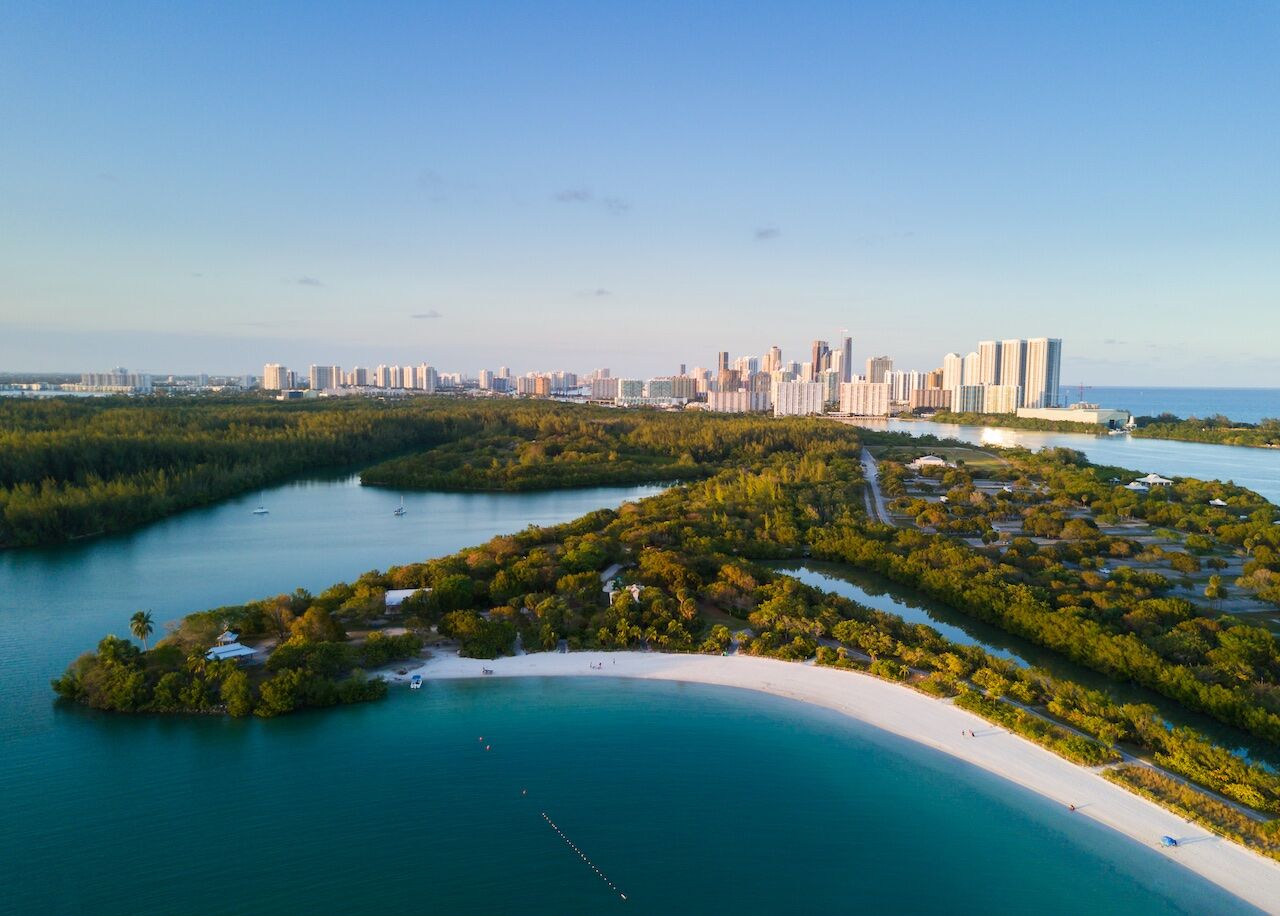 At Oleta, you can rent kayaks to paddle through the picturesque mangrove trails of the park. The waterways are calm and peaceful and offer a great opportunity to see the local flora and fauna.

But the real draw for most people is that you can kayak to the Haulover Sandbar in Biscayne Bay. This area of the bay becomes very shallow during low tide, making the water less than waist-deep. Aside from other kayakers, you’ll find dozens of jet skis and small yachts congregating at the sandbar. This is where locals with boats come to party and hang out when they’re not at Miami Beach.

There’s almost no better Miami activity than packing a cooler full of beer and spending the day relaxing at the sandbar. And don’t worry, you won’t go hungry. You’ll find boat-vendors hanging out at the sandbar and selling everything from burgers to ceviche. Just remember to bring cash and lots of sun block. This is the best way to enjoy Miami’s clear blue waters and white sand while everyone else is crowding South Beach.

Wynwood is well-known for the street art craze that has swept through the area and parts of Little Haiti in the last couple of years. But what many people don’t know about Wynwood is that it’s the epicenter of Miami’s craft beer movement. The first brewery of its kind was Wynwood Brewing Company, where you can get their creative brews by the pint or the growler. But since then, other breweries like J. Wakefield Brewery and Concrete Breach Brewery have arrived to showcase their own unique beers. For a behind-the-scenes look at the brewing process, Concrete Beach has free tours in the evening on weekdays and all day on weekends. The best part is that they’re all within half a mile of each other, so you can come for one but stay for all three. 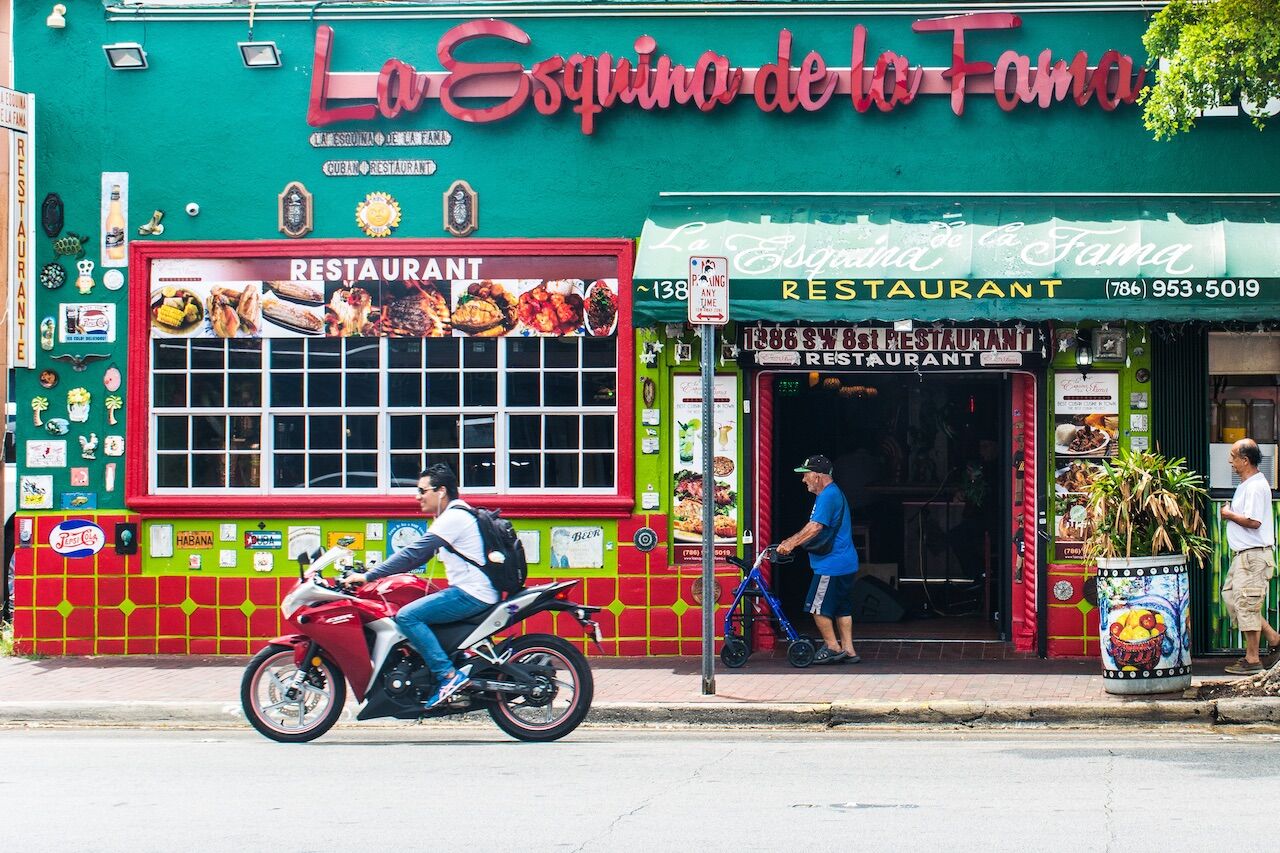 Though Miami is well-known for its world-class eats, the best local food comes from the hot kitchens in Little Havana. At El Palacio de los Jugos, you can get an overflowing plate of Cuban food including rice and beans, pulled pork, fried sweet plantains (known as maduros) or fried salted plantains (tostones). And you can wash it down with fresh fruit juice or a shake.

Another treasured local Cuban restaurant is El Rey de las Fritas, home of the original Cuban burger. A frita is a burger, with a patty made of beef and chorizo to give it an added kick. It’s served on a Cuban bread bun and topped with onions, cheese, and shoestring potatoes. Skip the Coke and go for a Materva, which is a soft drink produced with herbs from South America.

When you want some coffee, opt for Latin American Cafe instead of a chain coffee shop. Be warned. Cuban espresso is no joke. It makes American coffee seem like flavored water. If you want something a little less intense, you may go with a café con leche, which is light on the coffee and heavy on the milk. It goes down especially well with buttered Cuban toast, known as a tostada.

Watching a midnight movie in 35 mm.

Aside from having a stellar art culture, Miamians love good movies. A movement founded by Nayib Estefan (son of Gloria and Emilio Estefan) has sought to preserve the magic of film in Miami. They’re known as the Secret Celluloid Society, and they obtain original 35 mm copies of classic films such as Indiana Jones and Back to the Future to show at midnight every Saturday. The Society shows the flicks at different Miami movie houses, including Coral Gables Art Cinema and O Cinema Miami Beach.

The midnight movie-goers are an enthusiastic bunch. More than a few dress up for the screenings. And if you’re lucky, there may be prizes or special guests. But at the very least, you’ll get to feel the nostalgia of watching the original Star Wars on the big screen. 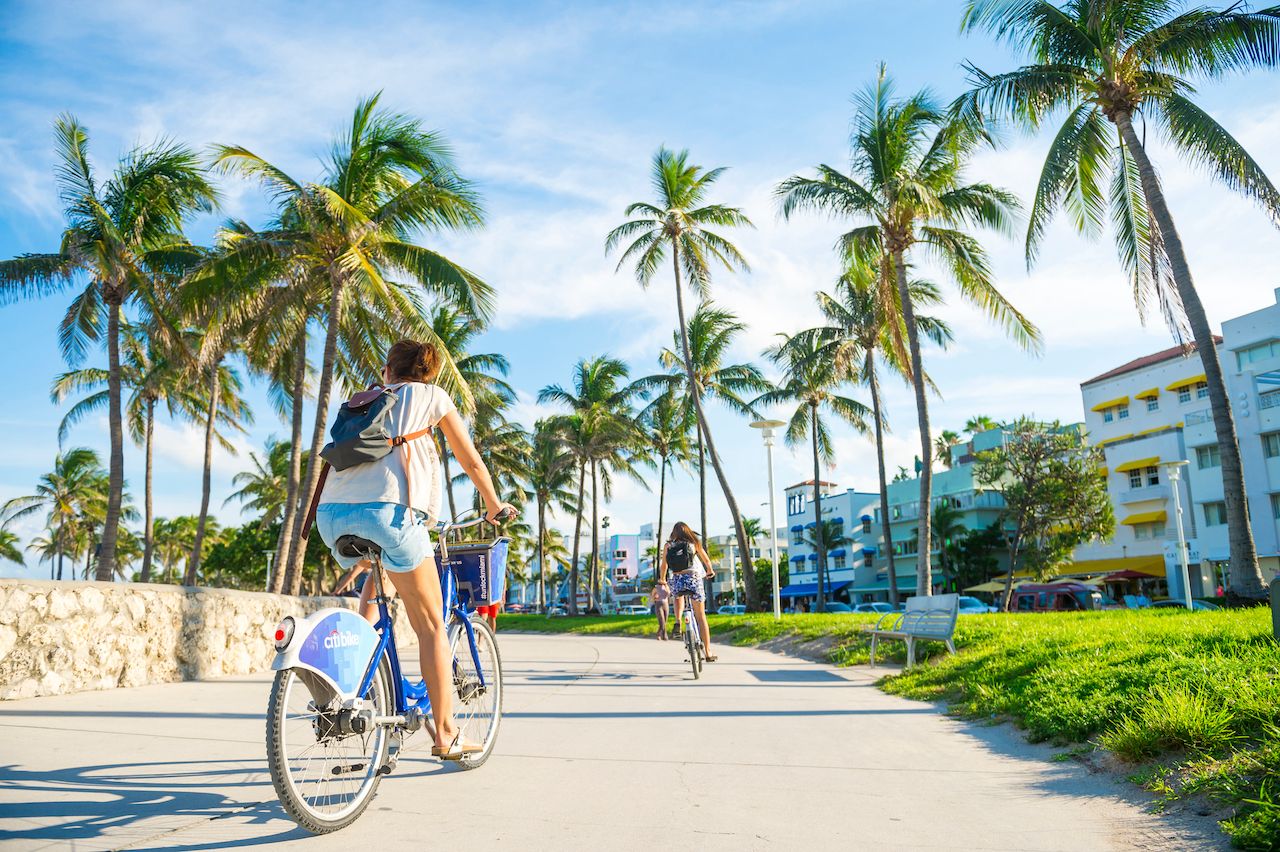 Critical Mass is Miami’s must-attend cycling event, mostly because if you’re not part of it, it ruins your life with all the traffic jams it causes all over the city. CM is held on the last Friday of every month. The event became popular when the Miami Heat’s star players began to join in several years ago. Now that this huge bike event has taken off, there’s no stopping the ride that takes riders up to 18 miles through several of Miami’s neighborhoods. Though the route varies, cyclists start at Government Center in Downtown Miami at 7:15 pm and travel through parts of Little Havana, Miami Beach, Allapattah, Brownsville, Overtown, Wynwood and Liberty City. At the end of the ride, you can fuel up at Omni Park with some of the city’s most beloved food trucks like Ms. Cheezious and Latin Burger and Taco. A lot of bikers also finish up their ride in Wynwood, where they can knock back a few cold ones at Wood Tavern or Brick.

Wat Buddharangsi of Miami is technically outside the Miami city limits, in Homestead, FL. But if you’re up for a drive, you’ll see the rest of Miami-Dade County that Pitbull doesn’t sing about. Tucked away among the long stretches of farmland, is Wat Buddharangsi of Miami. The stunning Thai temple was built on five acres of land. You can feel both inside and outside the temple a state of peace and calm that is not easy to find anywhere else in Miami. In fact, you might forget you’re in Miami entirely. Many of the temple’s decorative accents and the large Buddha statue inside the religious hall were made in Bangkok and shipped here.

You can visit Wat Buddharangsi just to take in its splendid architecture, or you can take part in one of the meditation classes held by the monks every weekend. And if you’re all the way down in Homestead, you might as well get a milkshake and the most sought-after cinnamon rolls in town from Knaus Berry Farm. Even a massage at The Standard won’t leave you feeling this Zen.