JAPAN has a reputation worldwide for harbouring more than its fair share of the strange, the perverse, and the macabre. Rational people will tell you that this isn’t true, that Japan is a boring normal country full of boring normal people leading boring normal lives. Let’s ignore those people for a moment. These locations are based on my travels around Japan for the past nine years. 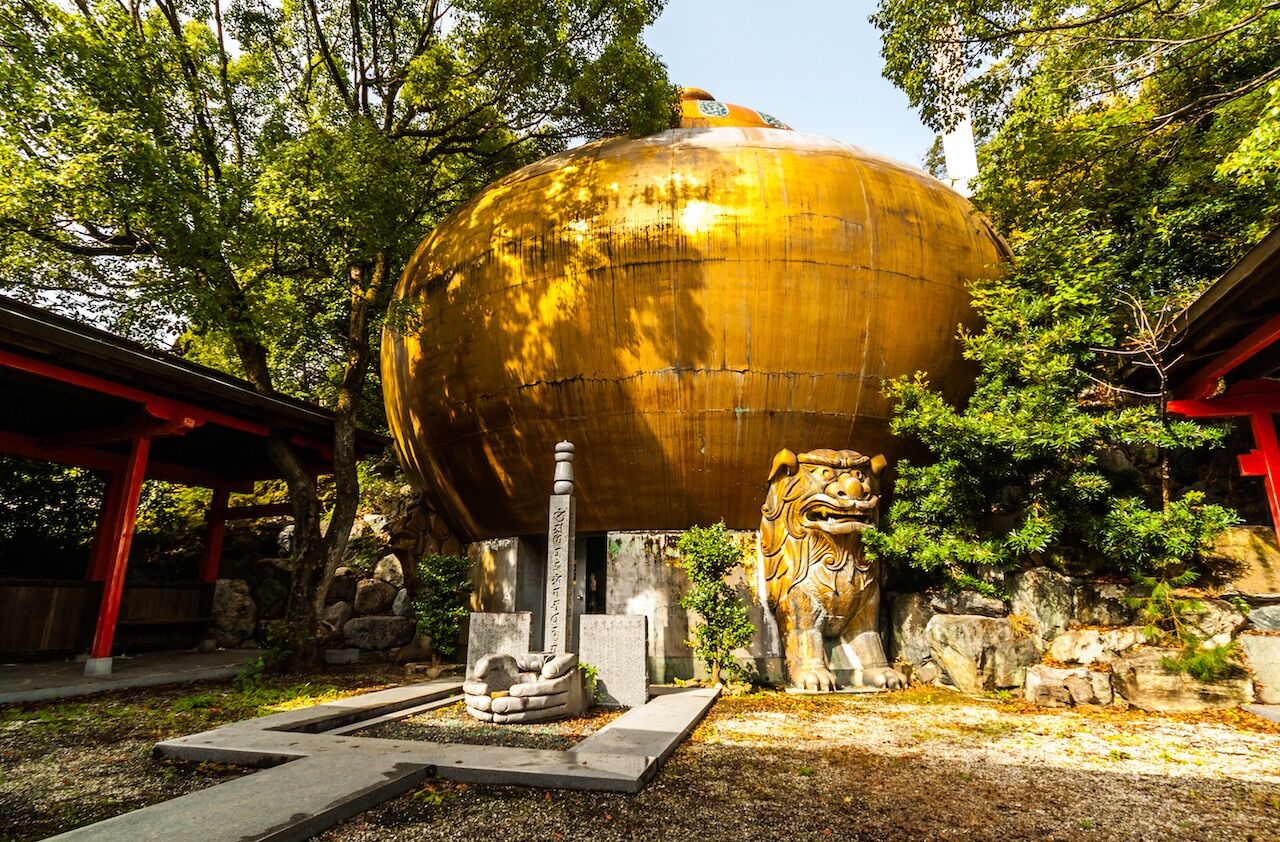 Matsuyama (松山) is a mid-sized city on the western tip of Shikoku, accessible from Hiroshima via a two-hour ferry that sails through the islands of the Inland Sea (note: the ferry has a very accessible beer/sake vending machine). Foreign tourists are only starting to discover it, but it’s long been popular with Japanese travellers for its castle, cherry blossoms, and its stunning Dogo Onsen (道後温泉), ostensibly the oldest onsen in Japan and the setting of Natsume Soseki’s Botchan, a novel that every Japanese person reads in school.Even lesser-known, especially among foreign visitors, is a little temple called Ishite-ji (石手寺) which skulks amongst the hills just to the east of town. In English, its moniker could be “Temple of the Stone Hand,” giving it serious Indiana Jones vibes even before one steps through its stony gates. The front of the main temple is fairly benign, even pretty. At the rear, however, is a tunnel bored through solid rock. It’s so dark inside that you’ll need to watch your step. Dimly illuminated statues of demons and bodhisattvas are all there is to light your way.When you emerge on the other side, you’ll see a temple/shrine, a mysterious Golden Sphere amidst what appears to be a rusty junkyard. If you venture inside the sphere, you’ll be treated to a 360-degree view of twisted statues all staring at you. See which one of your friends runs screaming down the steps first. I’ve never lasted more than a minute.

People from Kochi (高知) say that they are different from people anywhere else in Japan. And this small city, sheltered by mountains on the south coast of Shikoku, does feel a world apart from Tokyo or Osaka, with its palm-lined boulevards, surfboard shops, and a laid-back boozy lifestyle (Kochi residents are famous for drinking way more than anyone else in Japan). Kochi Castle (which has one of Japan’s 12 remaining original castle keeps) is home to a large and incredibly detailed diorama of a traditional Japanese whale hunt, with nets and harpoons and guys in fundoshi (loincloths), and an open-mouthed whale that looks a bit like it is screaming. The diorama is not limited to the hunt itself; there is a whole production line over on the beaches where the meat and blubber are being stripped, boiled and (I think) munched on.

The Dolls of Nagoru-mura in the Iya Valley

I recently watched Fritz Schumann’s excellent mini-documentary The Valley of Dolls. It tells the moving story of Ayano Tsunami, who lives in the tiny village of Nagoru and makes life-sized dolls by hand, positioning them around the valley as a reminder of all the people who have left over the years. It is a stark reminder of the effects of depopulation in the rural areas of Japan through urbanisation and an aging population.

The “Hells” of Beppu City 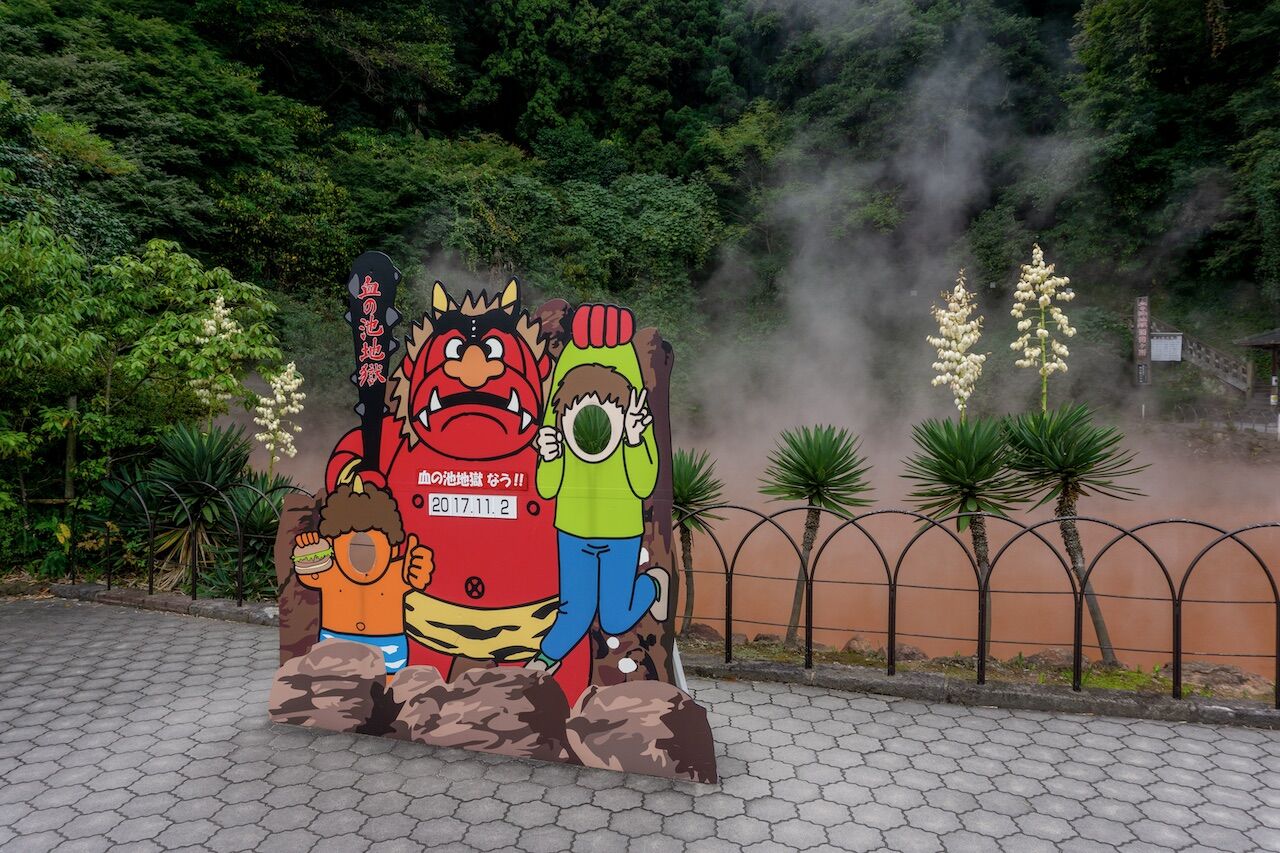 Beppu (別府) is a somewhat seedy little town on Kyushu (check out the “Shiny Uncle” statue at the station). The whole town seems to be set atop a cauldron of boiling water, which seeps to the surface in the form of onsen (hot springs), which you can dip into, and jigoku (“hells”) which you most definitely cannot. From it the town has created a hell theme park. There are seven themed hells (ocean hell, blood pond hell, cooking pot hell…). As Lonely Planet advises, several of these hells include animals in less-than-ideal surroundings, so you may want to avoid visiting those. If you are like me, however, such a warning makes visiting just too irresistible. Trust me: resist. You don’t need to see flamingo hell or hippo hell or, especially, crocodile hell, which looks like something from a James Bond villain’s lair.

Japan is no shrinking violet when it comes to museums of erotica or egregious displays of artificial male genitalia, but nothing can prepare you for Uwajima’s Taga Shrine (多賀神社). At the back of the shrine is a large and extremely veiny member carved from a single piece of wood, suspended horizontally from rice straw rope like a medieval battering ram. Besides collections of phallic-shaped rocks and pieces of wood from all over the world on the first floor, there are ukiyo-e (traditional Japanese woodblock prints) depicting all kinds of human (and octopus-related) activities, but they are so ancient — some more than three hundred years old — that you can tell yourself that viewing them is a cultural experience. Throughout the museum, on virtually every wall, are photos of a middle-aged Japanese man with square coke-bottle-thick glasses, staring intently at what we soon realised was a personal collection of astonishing extent and variety. On the second floor, he is pictured next to groups of naked villagers in New Guinea, Southeast Asia, and Africa, along with depictions of rituals that I won’t mention here. Beneath the display cases are cupboards full of all the stuff that cannot be displayed due to space restrictions, possibly 80-90% of the entire collection (sort of like Louvre or the Smithsonian). I cannot describe what we found on the third floor with words. Let’s just say there was only one exhibit, it involved countless stone statues, and those who have read Patrick Suskind’s Perfume or seen the film will be better prepared than others.Uwajima (宇和島) is also the famous home of bull sumo (yup, really) and possesses a fine medieval castle.

The Robot Restaurant of Shinjuku 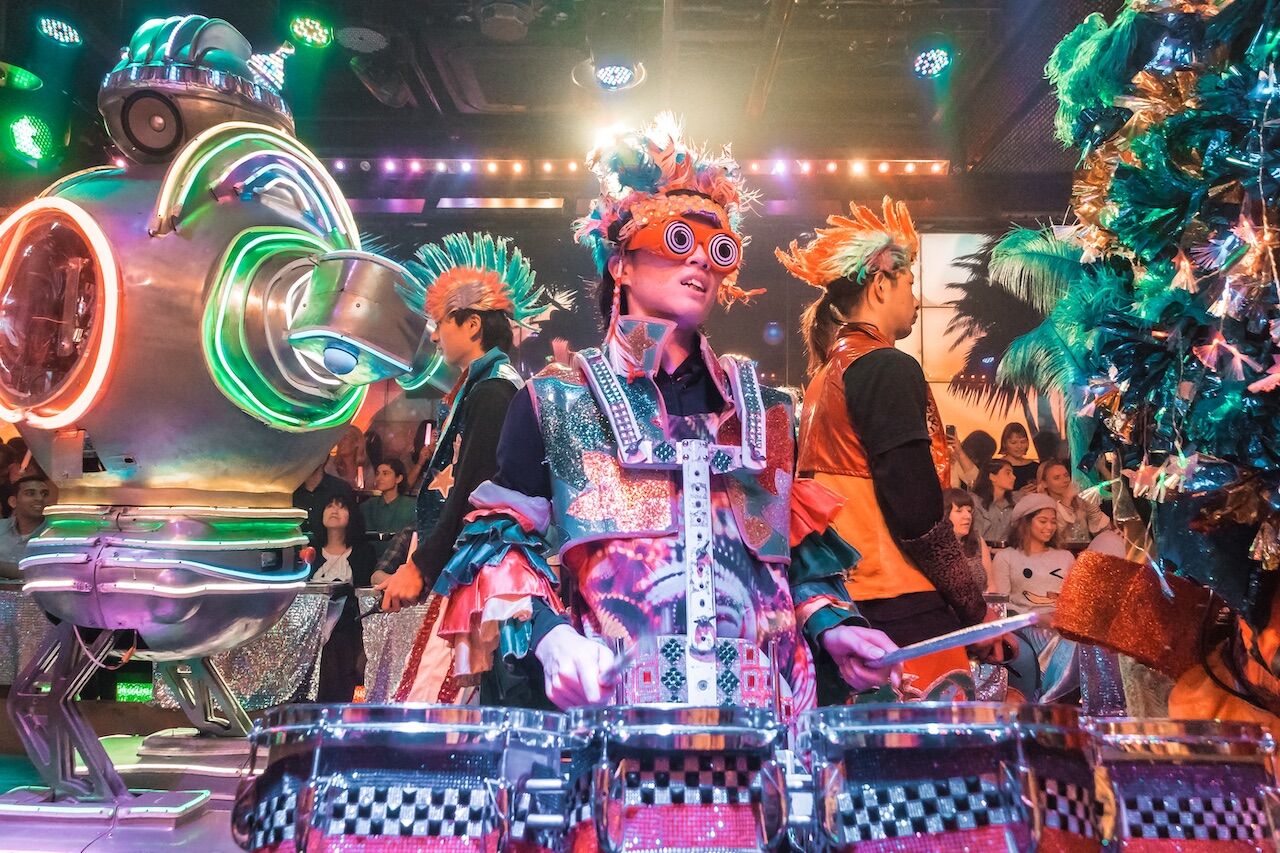 As a friend and well-seasoned Japan traveler said to me mid-show, “It’s not every day that you see a robot fight a shark.” Actually, the robot sort of jumped into the shark’s mouth, probably not the most effective way to combat such an animal, although he may have been sacrificing his metallic joints to protect those of us with softer, more digestible bodies.

And so, we’ve reached the end of the world. Welcome to the place where the voices of the dead bubble up through seething yellow sulphurous vents and assail the ears of those who still live. The only sound is the ceaseless caw of ravens the size of badgers which perch atop statues of faceless children clad in knitted sweaters and caps. The cold northern wind never stops blowing here, setting the plastic pinwheels placed in pumice by visitors to spin like clocks counting down the time. Despite the name, Osore-zan (恐山) is actually not a mountain but a crater lake in the middle of the Shimo-Kita-hanto (下北半島), the axehead-shaped peninsula in Honshu’s extreme north. If you thought the lake itself sounds nice, forget it. It is shallow, jaundiced, and rocky. Volcanic substances make it too toxic for all but a sort of hideous inedible pale fish. Oh, and did I mention that once a year blind elderly women visit to help visitors communicate with their dearly departed? When I asked the ladies at the gift shop what it was like to work in such a place, one looked at me and said only “kowai” (scary). The other answered that it was nice to be able to talk to dead people sometimes. On the upside, there is a free onsen (hot spring), although the water is so hot that to even think of dipping more than a toe would require second skin.

Tagged
Insider Guides Japan
What did you think of this story?
Meh
Good
Awesome