There’s a reason Tennessee has captured the imaginations of so many songwriters and musicians. The state teems with natural beauty, history, and culture, not to mention mouthwatering cuisine. And the best way to experience all Tennessee has to offer is with the people you love.

From outdoor adventures to kid-reviewed attractions, Tennessee has plenty of options to excite everyone in your family. Here are seven Tennessee destinations in cities and towns around the state guaranteed to give your entire crew a vacation that’ll be one for the books. 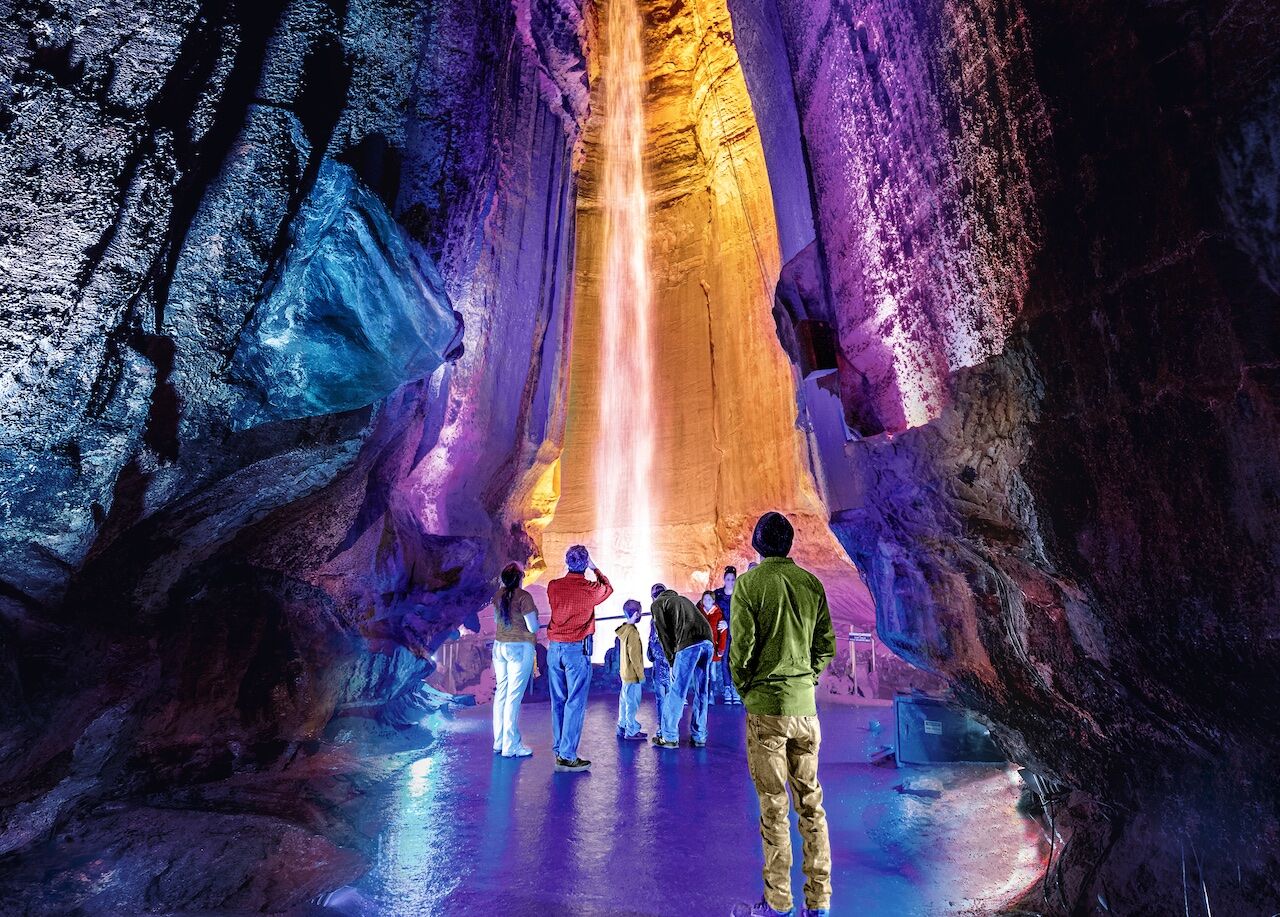 The picturesque mountains of southeastern Tennessee wrap a protective arm around the vibrant city of Chattanooga. Take a stroll on the Walnut Street Bridge over the Tennessee River to the North Shore — it’s one of the country’s longest pedestrian bridges, erected in 1890 — on your way to nearby Lookout Mountain. Spend an afternoon here visiting Rock City and Ruby Falls, where you’ll take an elevator ride deep into the earth to view a rushing 145-foot waterfall. Prepare to stand in awe, both adults and kids — this is the tallest and deepest underground waterfall in the US that’s accessible to visitors. 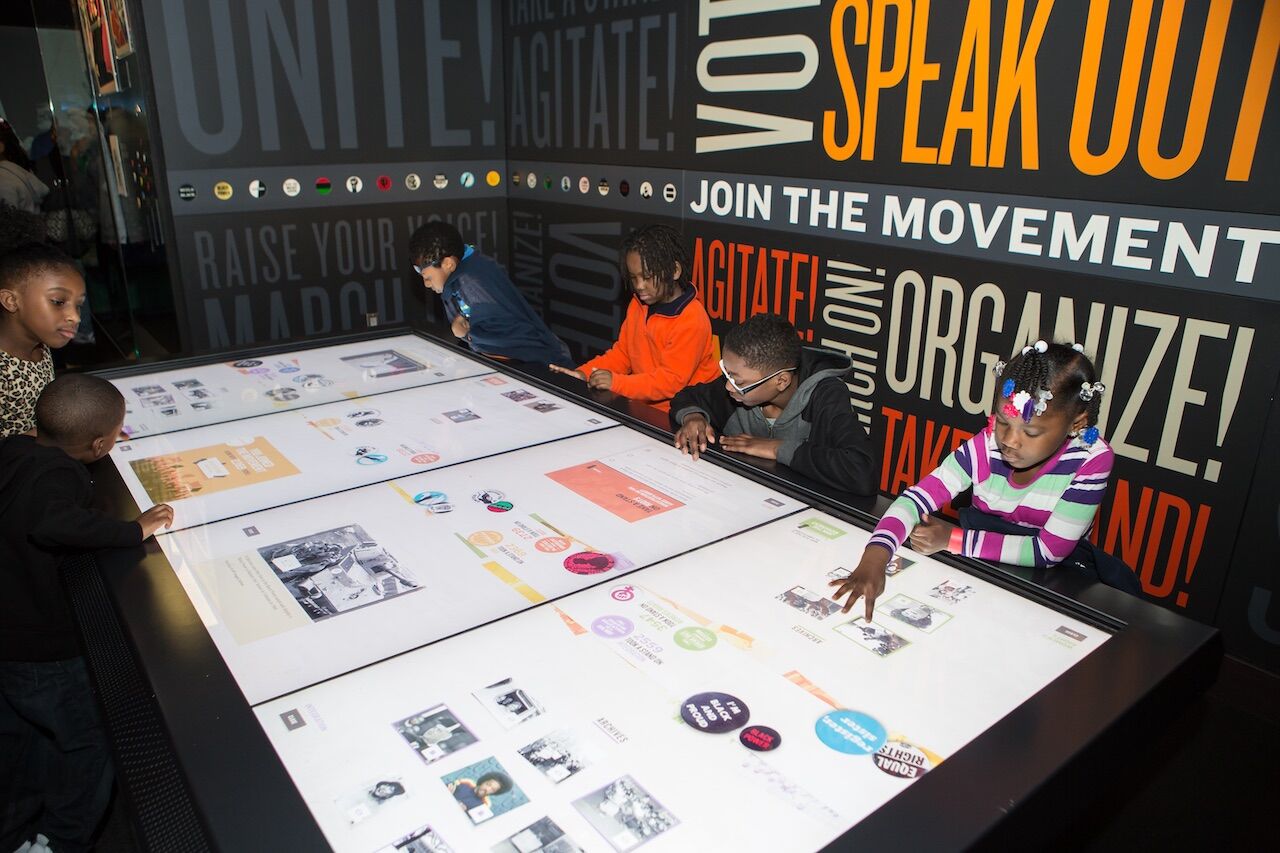 Blues, barbecue, and rock n’ roll are only part of the story of Memphis. Education is the name of the game at the National Civil Rights Museum, one of the best places in the country for kids to learn about this crucial chapter of American history. The museum itself stands on a historic site, built around the Lorraine Motel where Dr. Martin Luther King, Jr. was assassinated in 1968. Exhibits explore the Civil Rights Movement of the mid-1900s but also trace the story back to the 17th century and forward to today. A visit here is powerful for anyone, and both kids and adults will come away with a deeper understanding of our country.

Bonus: Your family trip to Memphis should also include a day for the Memphis Zoo. With over 3,500 animals including elephants, tigers, pandas, and polar bears, it’s earned its rank as one of the top zoos in the nation. If you time your visit right, you can attend an after-dark tour or even let the kids do an overnight stay. 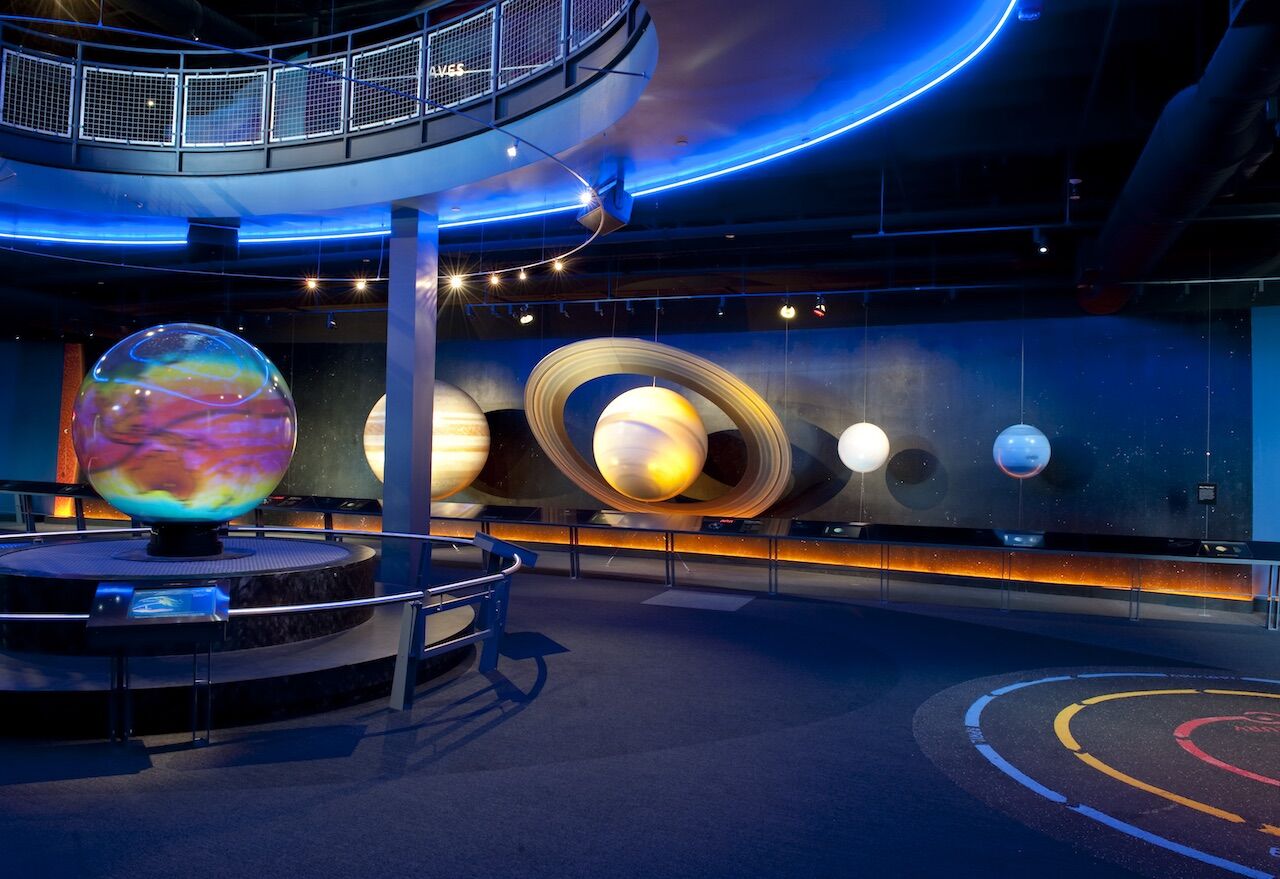 Science comes to life at Adventure Science Center in Nashville. With hands-on, interactive exhibits, activities and original programs, the center makes science not just educational, but also entertaining for kids and adults alike.

The onsite Sudekum Planetarium — a state-of-the-art 63-foot dome theater — will dazzle the family with shows like Nightwatch, where you’ll learn to locate and identify constellations, bright stars, and planets with your naked eye. In the 75-foot-tall Adventure Tower, you and your kids can crawl through a beating heart, generate power by pedaling a bicycle, or climb to the observation deck to catch a breathtaking view of the city. 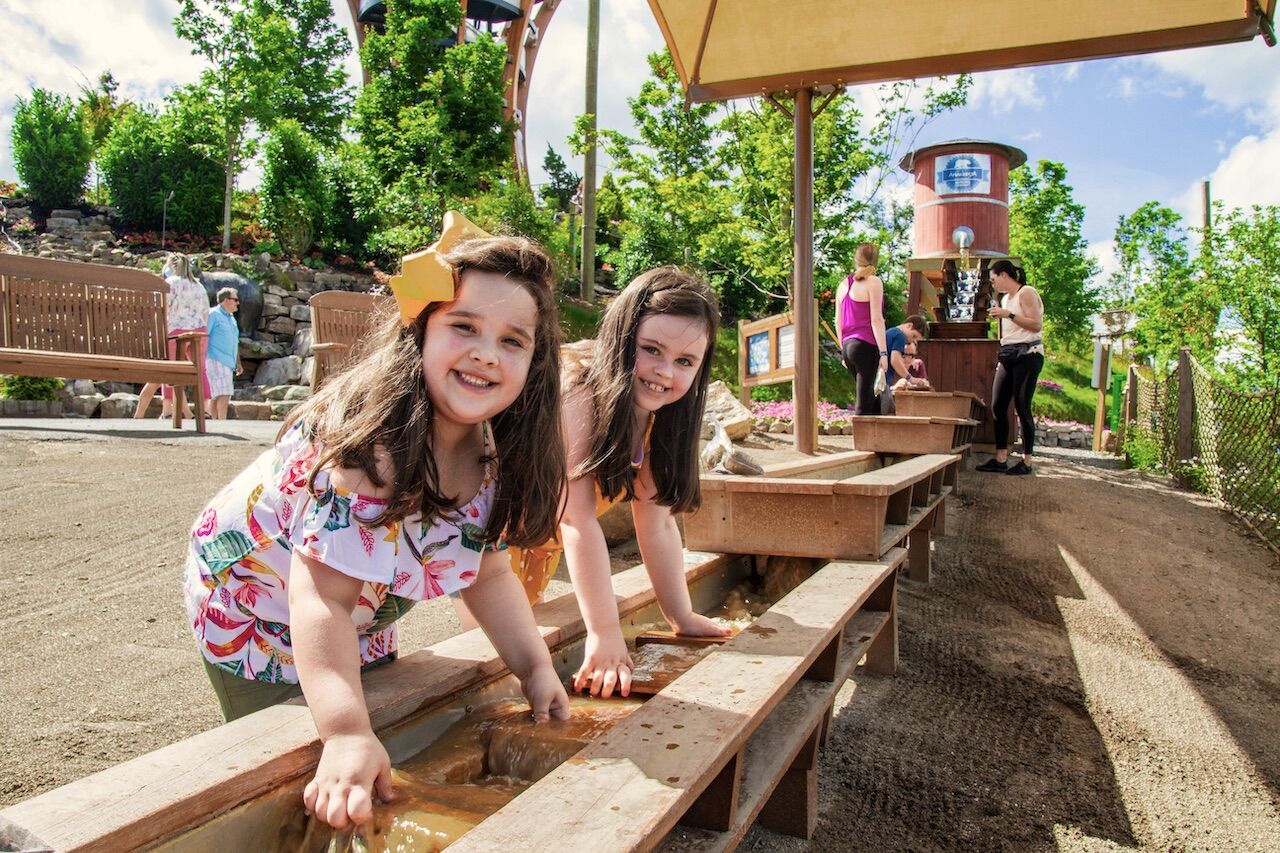 Just outside the gates of Great Smoky Mountains National Park is the town of Gatlinburg, a wonderland of waterfalls and mountain drives, ice cream stands, and attractions. Take the “Chondola” up to Anakeesta Mountaintop Park, a picturesque theme park that offers thrilling nature adventures like a treetop dueling zipline course and mountain coaster with a 400-foot elevation change. Kids can traverse alongside the birds on the longest tree-based skywalk on the continent, suspended some 60 feet in the air. Keep an eye out for wildlife on the forest floor below! 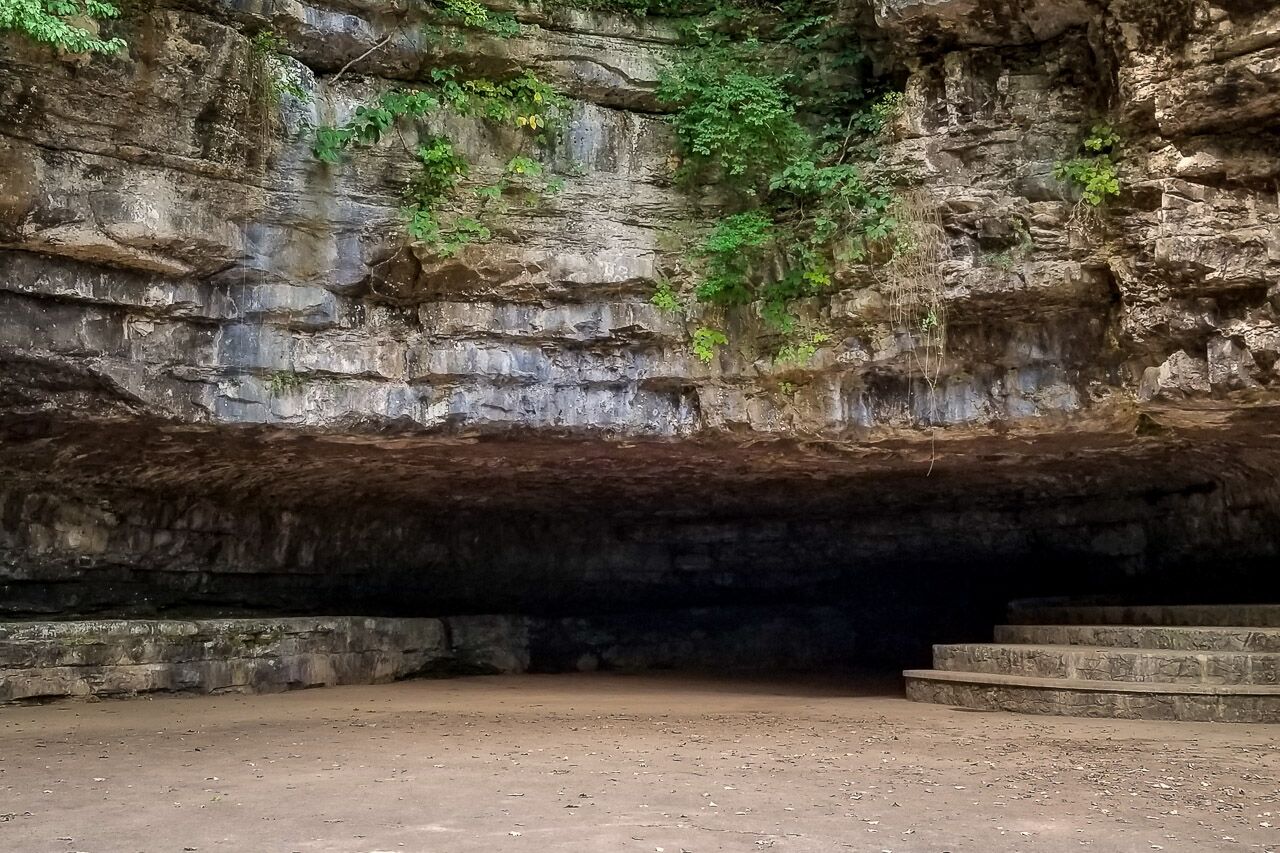 This revitalized northern Tennessee town on the Cumberland River just might be the state’s hottest weekend getaway secret. Take a stroll through Clarksville’s historic downtown, filled with trendy boutiques, antique stores, art galleries, and restaurants. Then, make your way to Dunbar Cave State Park, the only publicly owned cave in the world where you can view Native American petroglyphs and pictographs dating back to the 14th century. Besides a guided tour of the caves, you and the kids can also enjoy exploring the park’s several hiking trails. 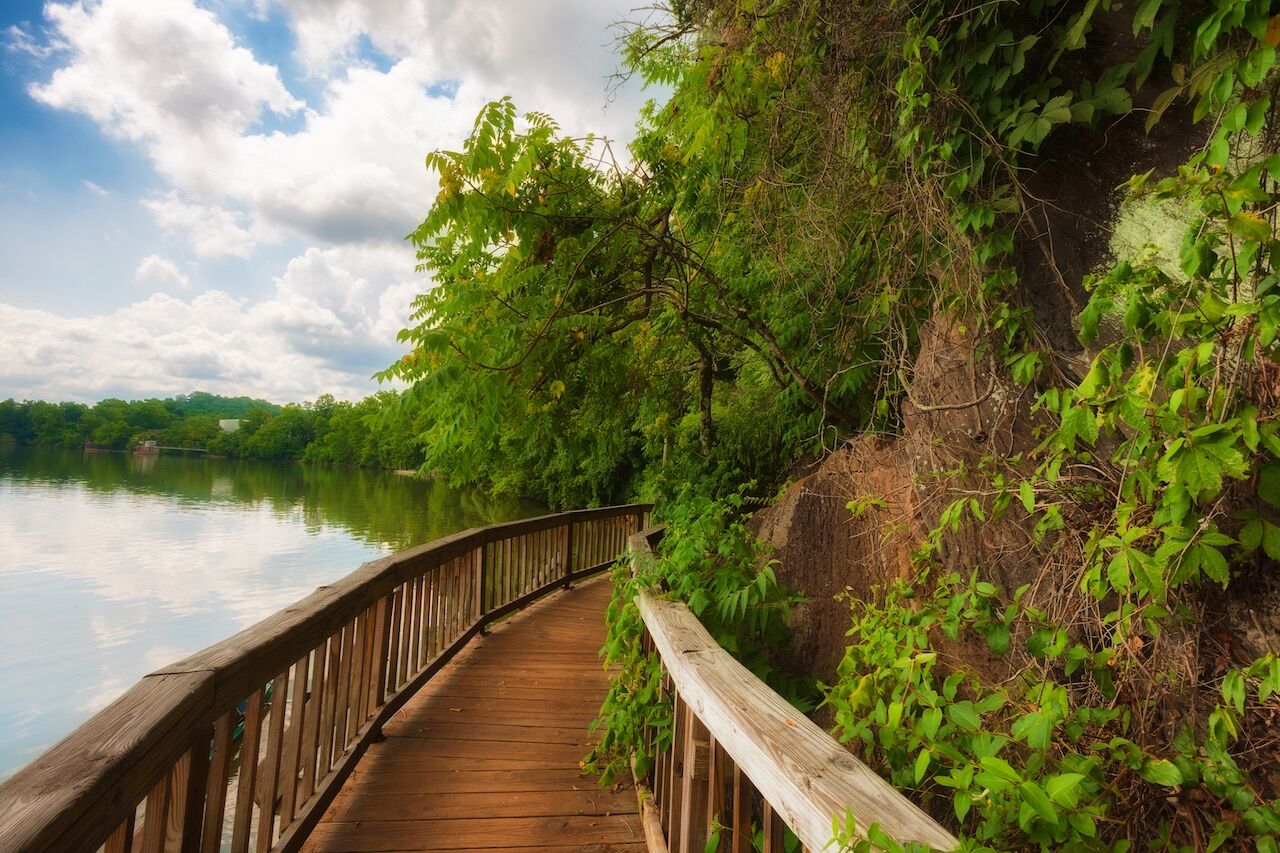 Home to the University of Tennessee, the spirited city of Knoxville combines outdoor fun with increasingly sophisticated cuisine and culture. Spend an active afternoon at Ijams Nature Center, where you can hike or bike more than 12 miles of trails or rent kayaks or canoes and explore Mead’s Quarry Lake, with its sparkling waters and dramatic cliffs. Recover from your outdoor adventure over sweet or savory crepes at The French Market Creperie (always a hit with the kids!). 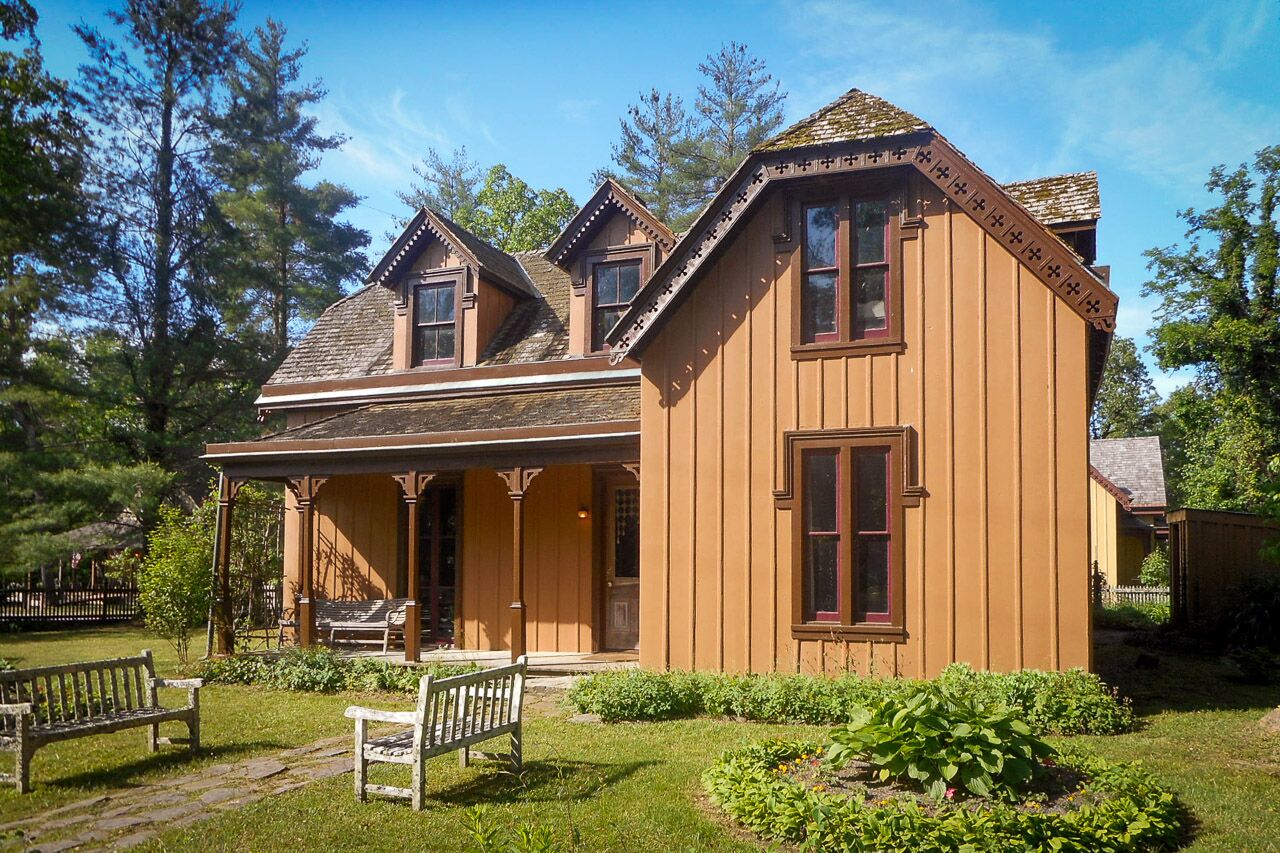 This quiet Victorian-era village on Tennessee’s Cumberland Plateau will enchant your entire family. Kids will be captivated by a tour of the village and hearing about the wealthy second sons who moved here from England to make their fortunes — and ultimately lose them. Once you’ve explored the Victorian townscape, take the short, scenic walk to the Gentleman’s Swimming Hole on Clear Fork Creek, believed to be the oldest continuously used swimming hole in the US. Splashing in the cool waters of Clear Fork? Vacation accomplished!

This post is proudly produced in partnership with the Tennessee Department of Tourist Development.
Tagged
Family Travel Tennessee, United States
What did you think of this story?
Meh
Good
Awesome