A TOUR OF Massachusetts’ state parks, from the mountains in the west to the beaches in the east, highlights the varied history and terrain of one of America’s oldest states. 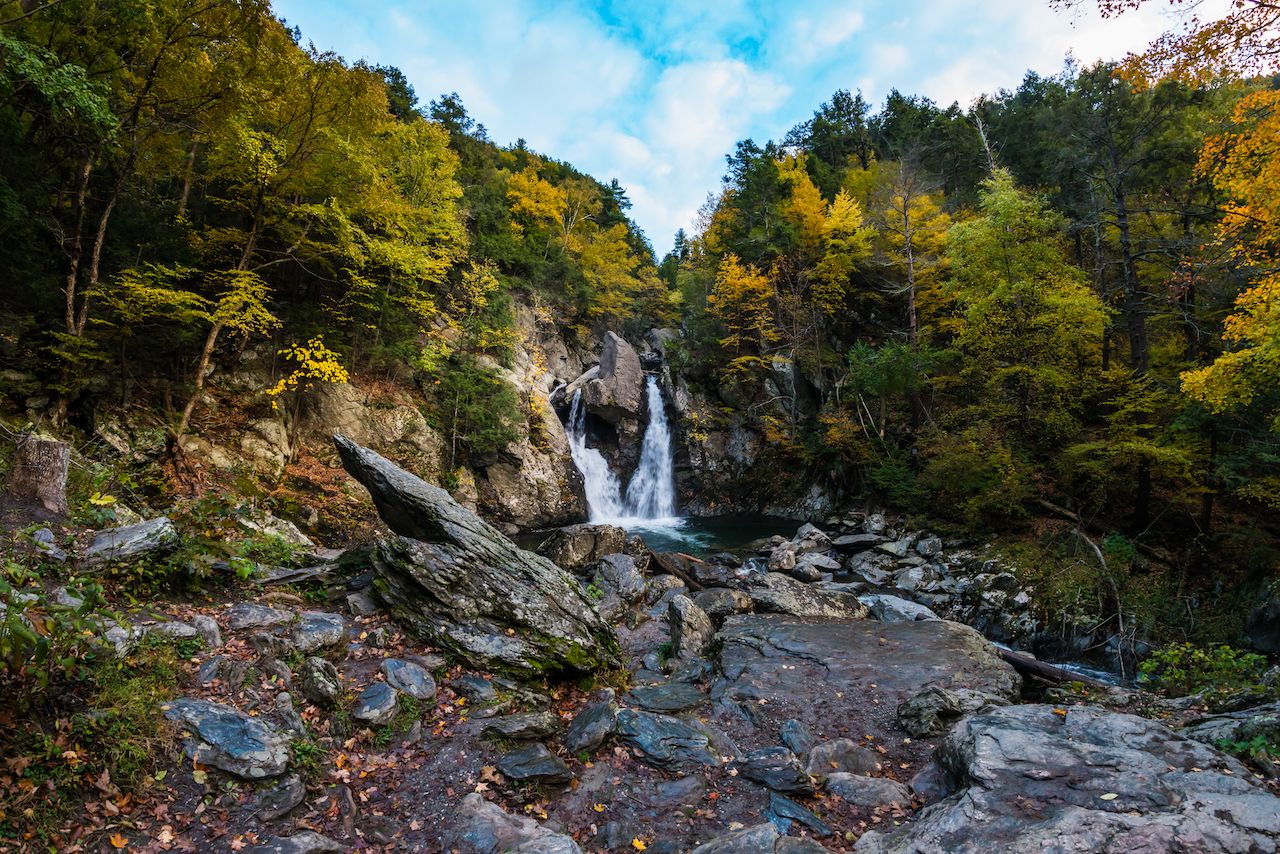 Nestled into the low rolling profile of the Berkshire Mountains in western Massachusetts, this park holds Massachusetts’ highest single drop waterfall, Bash Bish Falls. On a hot day, hike to the bottom of the falls to feel the cool spray of the waterfall, and if it’s a clear day, scale the rocks to get a view of New York and Massachusetts.

Trailheads at this park are a good starting point to explore the nearly 10,000 acres of nearby forestland managed as wilderness and protected by Massachusetts and New York. 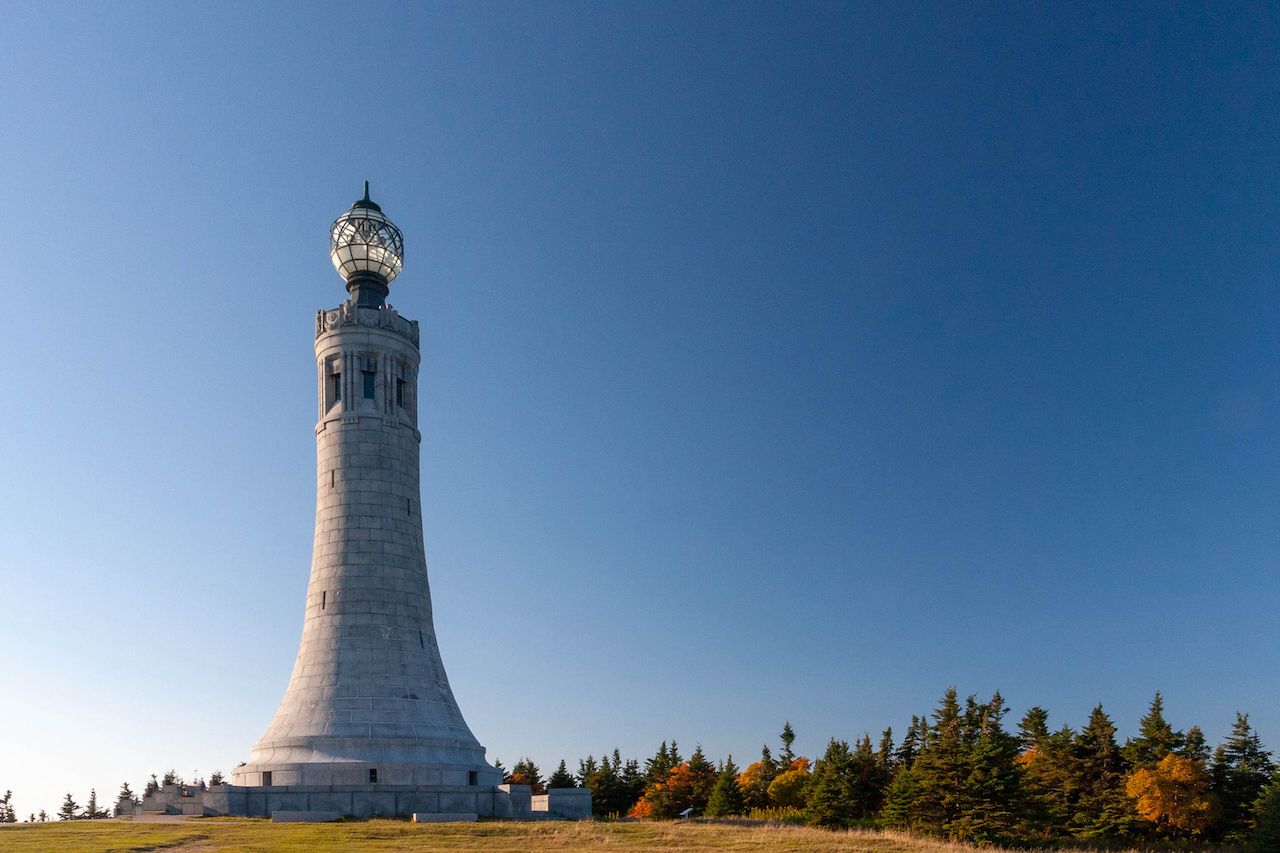 Hiking to Massachusetts’ highest point is a challenge. By foot, take the Appalachian Trail to the 3,491’ summit of Mt. Greylock and the memorial tower. In winter, backcountry skiers can enjoy some of the early Civilian Conservation Corps backcountry ski trails. The park’s scenic road to the summit is perfect for a few quick photos, a short hike, a picnic, or even an overnight stay at the summit lodge. 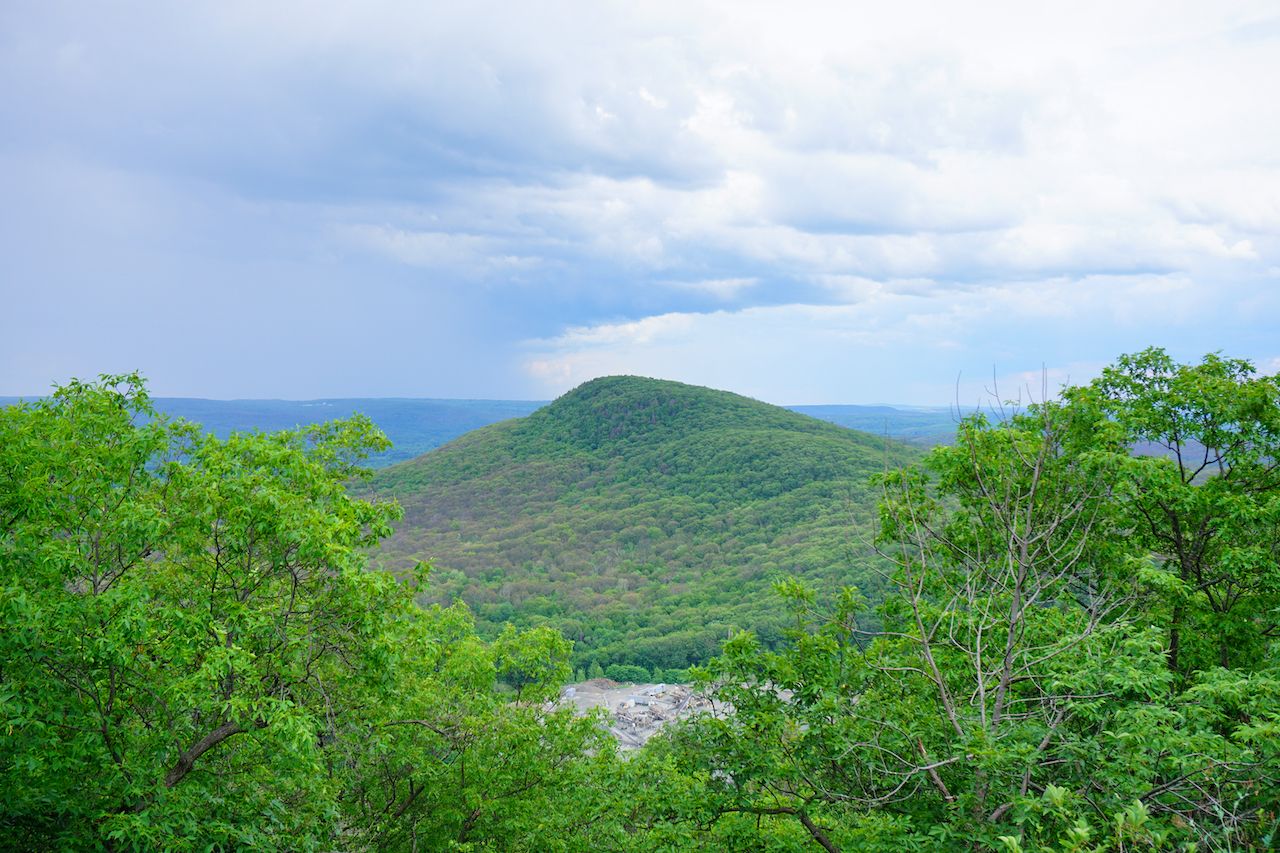 Mount Holyoke Range State Park spans part of a seven-mile, east-west ridgeline in the bustling Connecticut River Valley. Together with adjacent parks, over 3,000 acres of the ridgeline is protected. Thirty miles of trails, including part of the 114-mile Metacomet-Monadnock Trail, crisscross the Seven Sisters, the seven small mountains along the ridgeline, Hikers and bikers can hit the trail from “The Notch” and head west to summit Bare Mountain or east to Mount Norwottuck. There are plenty of cliffs from which to take the perfect sunrise or sunset photo-op. 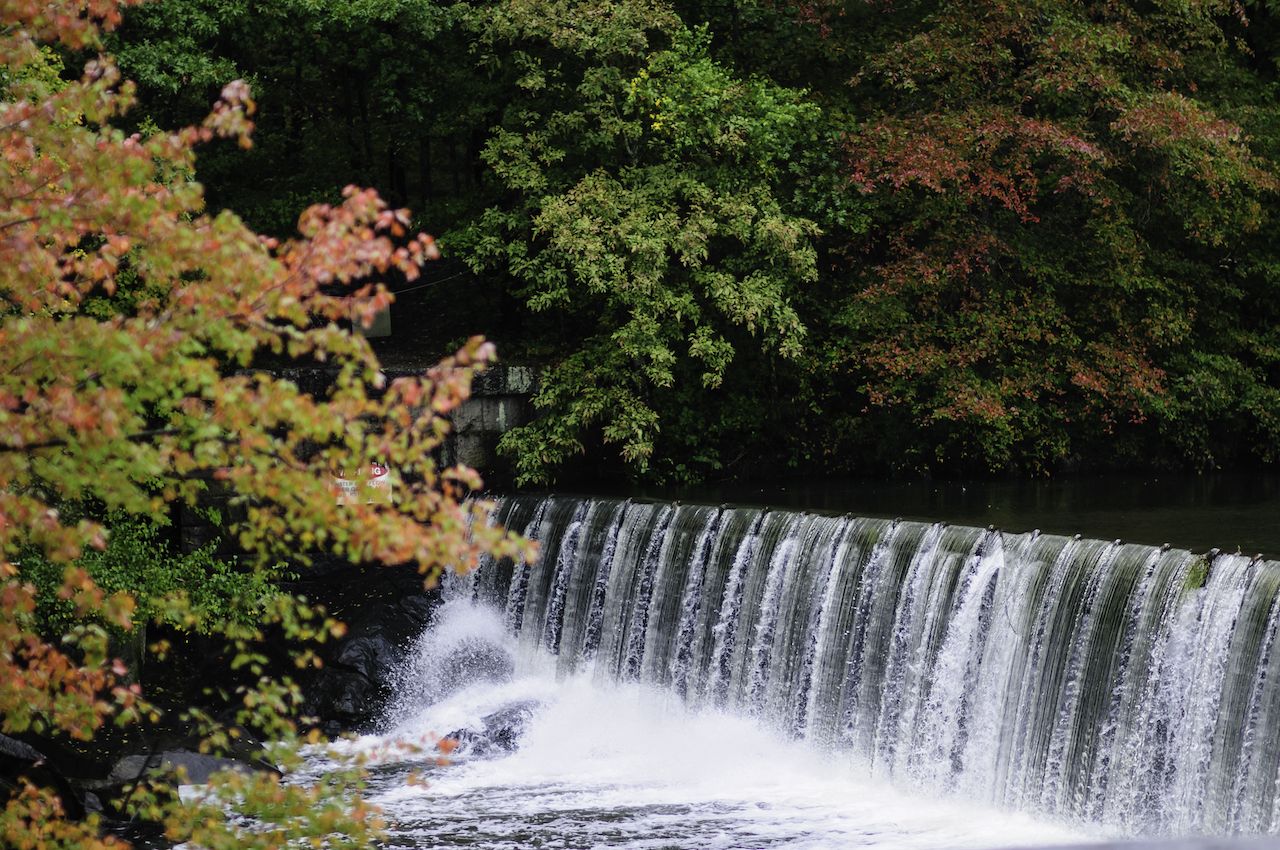 In the early 1800s, the Blackstone River was converted into a canal to connect merchants in Providence, Rhode Island and Worcester, Massachusetts. After just a few decades of operation, the canal’s operations were replaced by more efficient trains. Today, the park’s riverside towpath provides hikers and bikers the best views of the canal and historical sites, like Millville Lock. To get the perspective of those traveling along the canal in the early 1800s, launch a canoe at one of three boat launches. 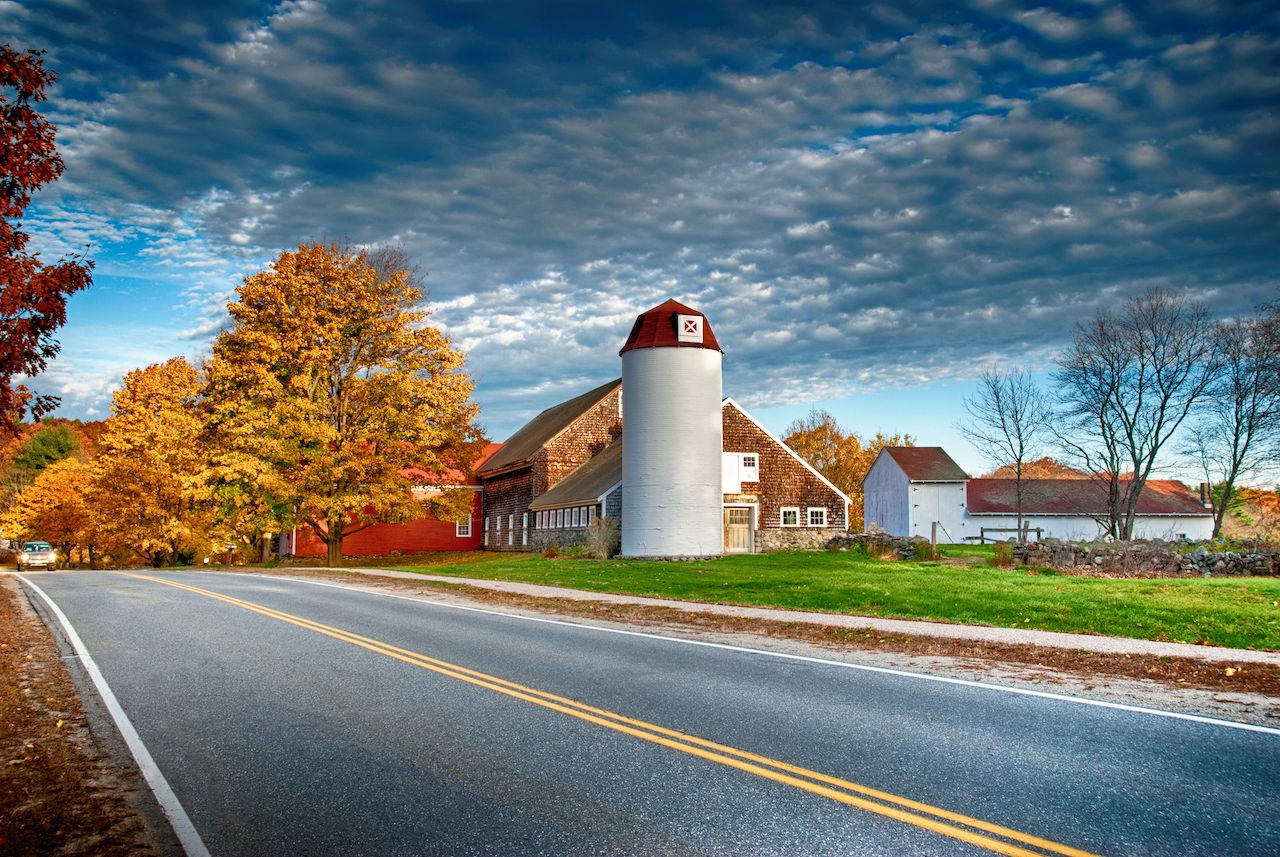 Located in Boston’s quiet, leafy suburbs, Great Brook Farm State Park epitomizes the agricultural history of the region. Twenty miles of multi-use trails traverse the park’s fields and forest which are bisected by long stone fences once used to indicate farmer’s property boundaries. Don’t miss the tour of the active dairy farm or a visit to the ice cream stand. During winter, on-site rental of cross-country skis makes exploring the park easier. 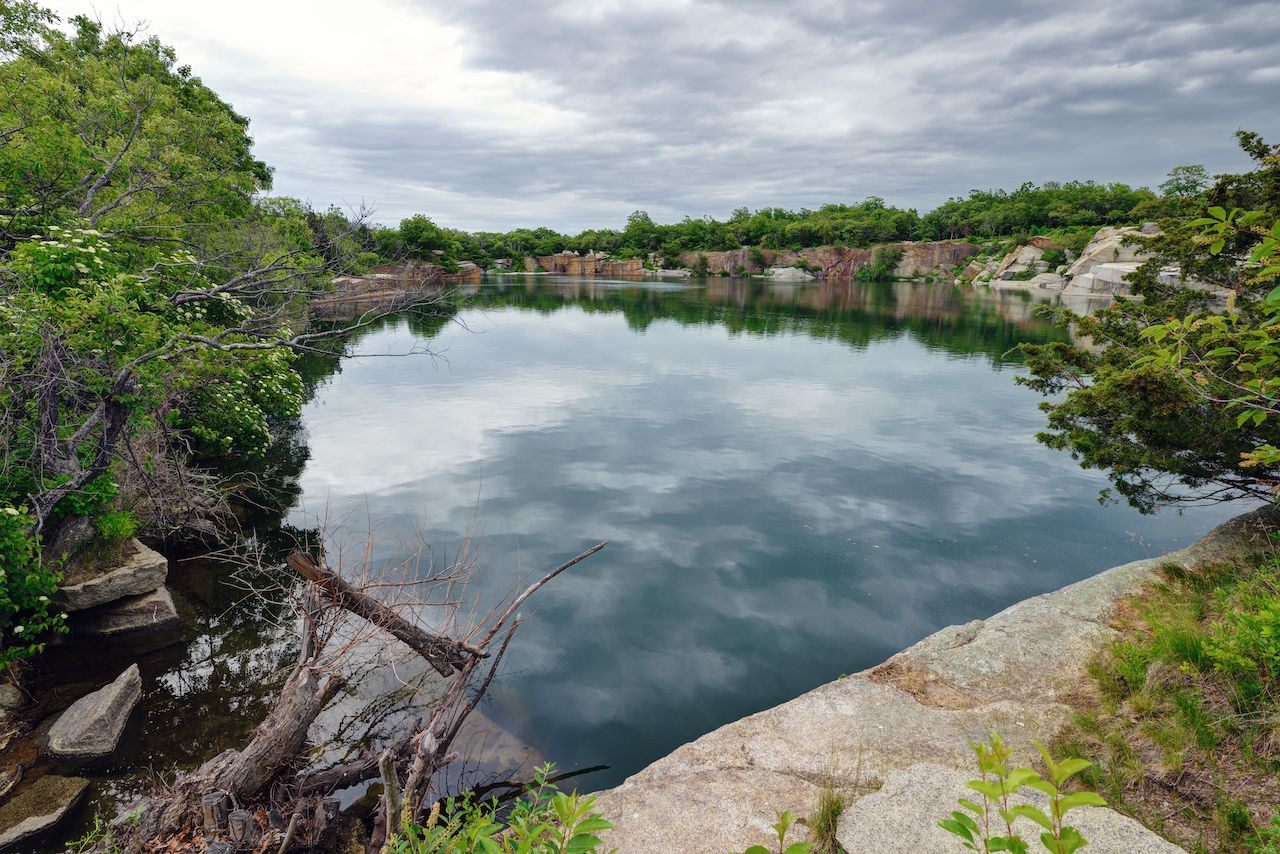 Halibut Point State Park is located on Cape Ann, just past the famous fishing towns of Gloucester and Rockport. Take binoculars to join birdwatchers on walks during the winter. In summer, families can be found exploring tide pools to find sea creatures. Evidence of the park’s history with granite quarrying is scattered across the hiking trails. Call ahead to get information about the popular ranger-led programs into the main quarry area. 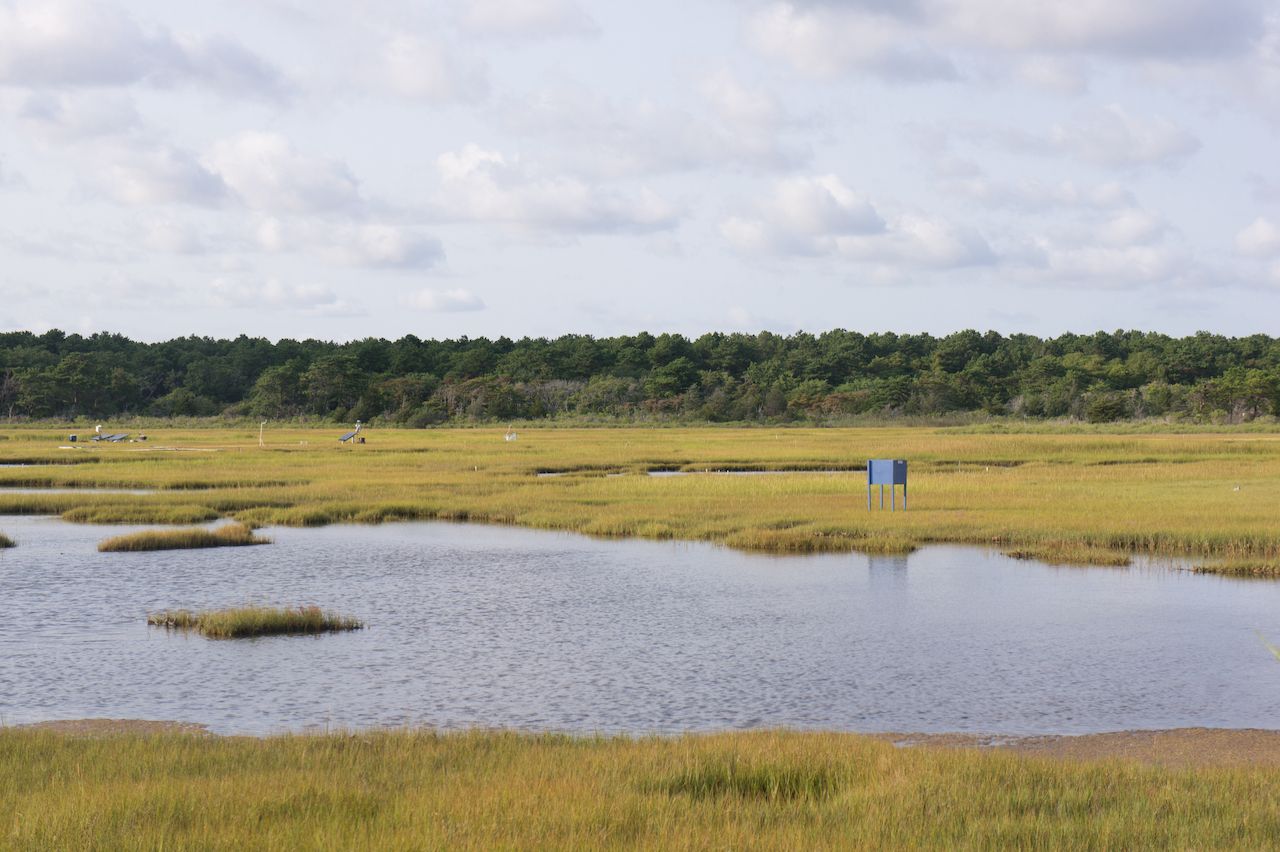 Located far from busy Cape Cod towns, this 460-acre park in Mashpee has a wide, sandy beach easily accessed by a short boardwalk. The beach stretches both east and west with views of Martha’s Vineyard distant lighthouses across Vineyard Sound. The mixture of dunes, salt marsh, woodlands, and freshwater ponds makes this park a hotspot for birds. Take your binoculars into the dunes and scan the inland salt marshes for herons, egrets, osprey, and in winter, ducks. 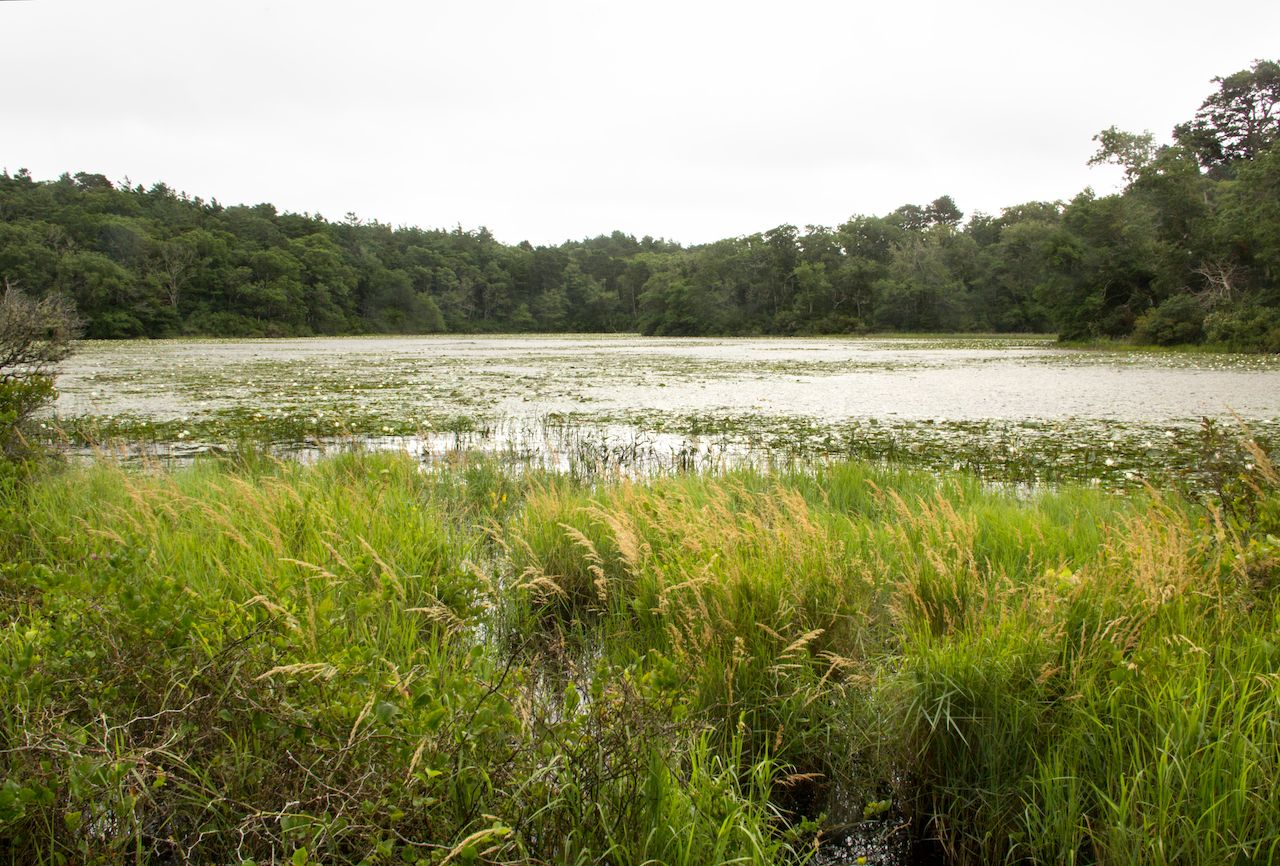 Nickerson State Park’s 1,900 acres is filled with hundreds of campsites, eight miles of hiking trails, and a section of the 22-mile Cape Cod Rail Trail (another state park property). Although Cape Cod is most famous for sandy beaches, freshwater ponds, like the eight found at the park, are popular on “the Cape.” Bring a kayak and a fishing rod to take advantage of the fishing opportunities.

The ocean and lively towns are never far away on Cape Cod. Head east from the park into the town of Orleans or west into Brewster. Crosby Landing Beach and Linnell Landing Beach, both looking out at Cape Cod Bay, are only a short walk from the park’s boundary.

Tagged
National Parks Massachusetts, United States
What did you think of this story?
Meh
Good
Awesome