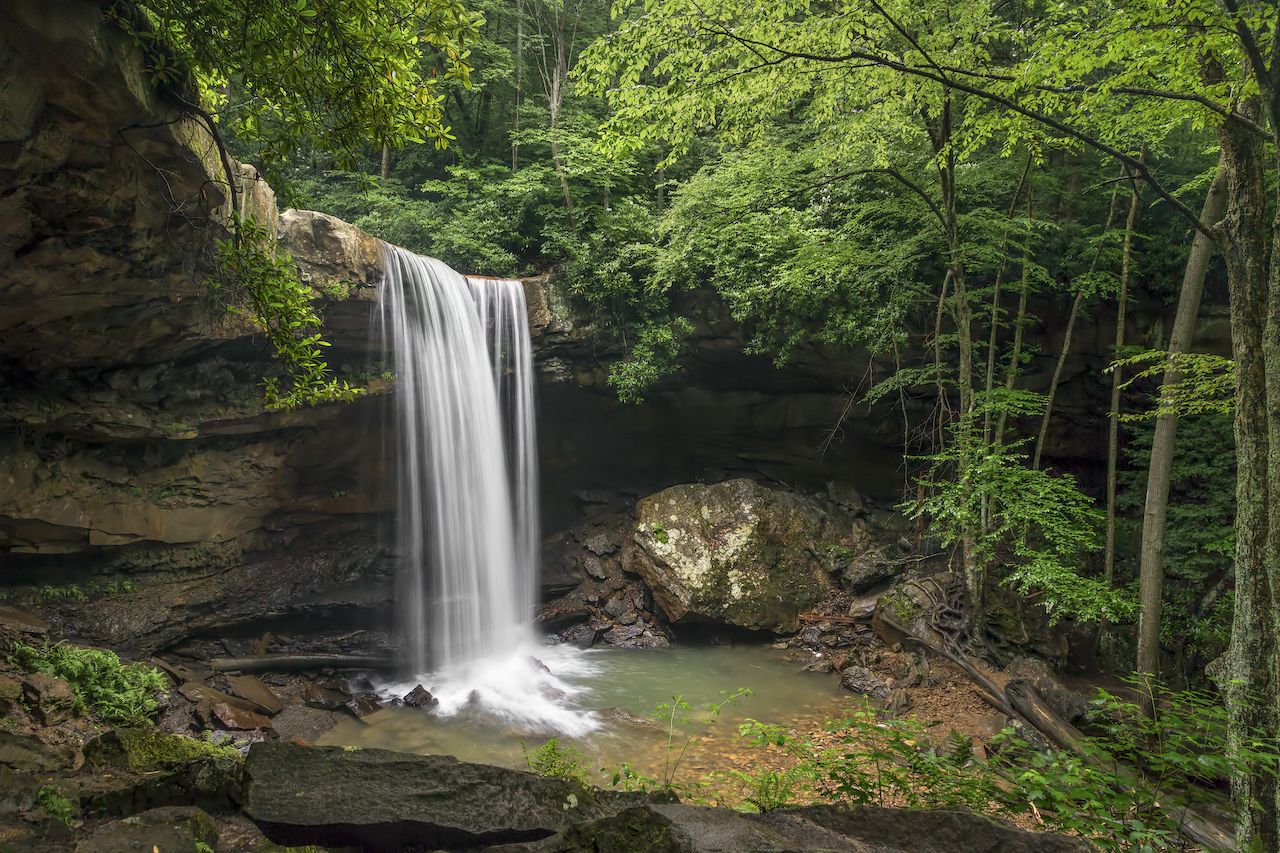 White-water (and any water) enthusiasts adore Ohiopyle, because thanks to the Youghiogheny River, it has the best rafting in the eastern United States and is scattered with impressive waterfalls and challenging hiking trails. The rapid flow of the river has also swept some unique plants into the park, which means botanists can find unusual surprises all through the Ferncliff Peninsula, which was named a National Natural Landmark in the 1970s. 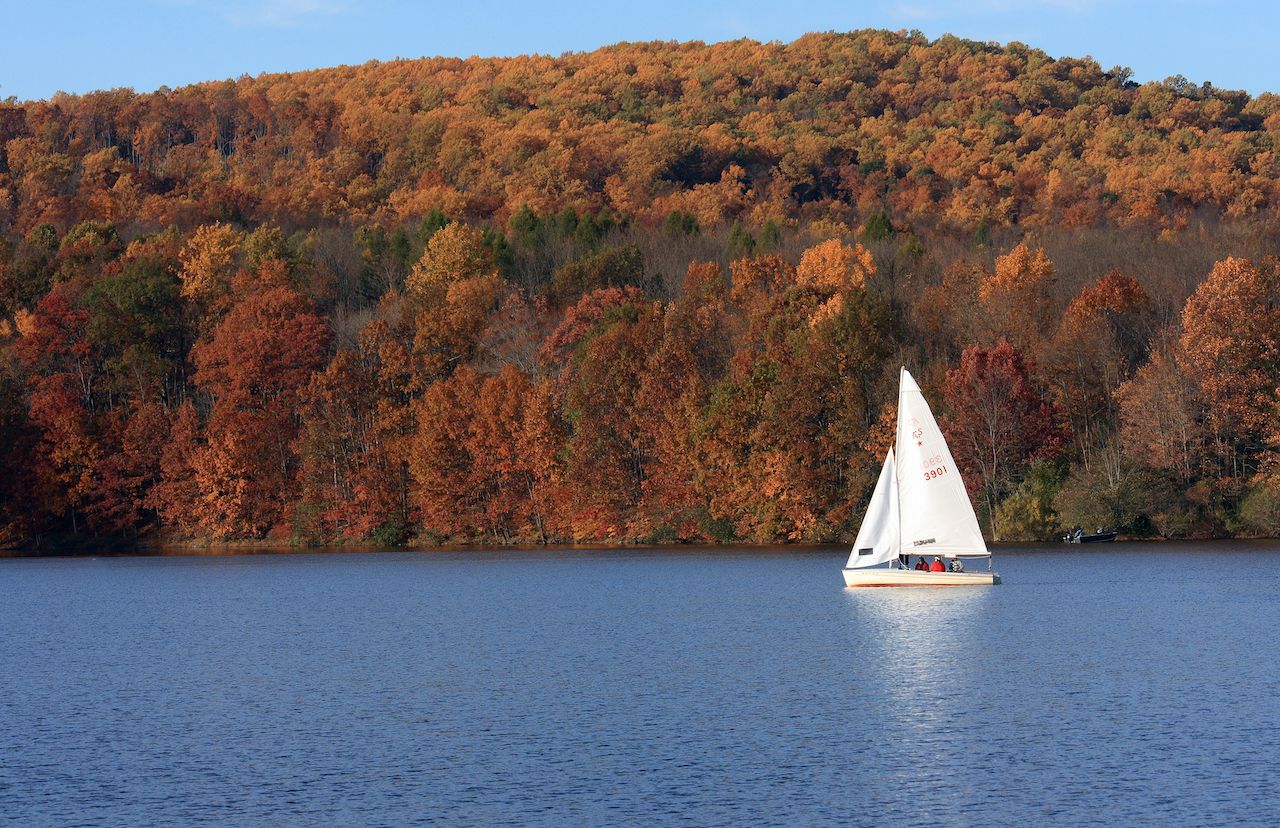 This enormous state park in Bucks County outside Philadelphia encircles Lake Nockamixon and has multiple cabins available for rent, as well as a campground where you can bring your own tent. Kayaks are also available for rent. Since the lake is an artificial one created by a dam, whitewater kayaking is an option in May and November, when there are timed water releases from the dam’s spillway, which turns Tohicken Creek into a whitewater course. 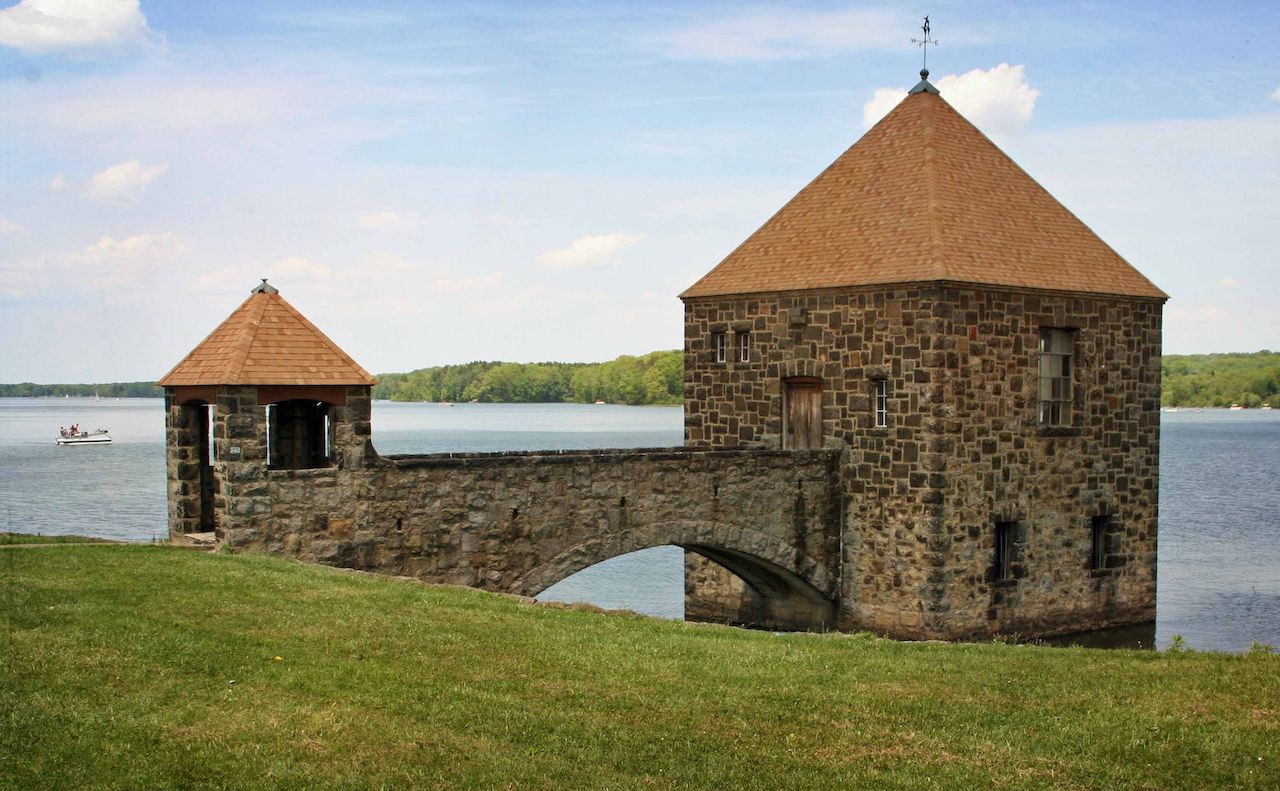 This gorgeous park (a small part of which lies in neighboring Ohio) has been called a “must-see” by the Pennsylvania Department of Conservation and Natural Resources. The first owners of the area were the Lenape Native Americans, and the name comes from their chief at the time, Pihmtomink. Bald eagles nest in the park, and the lake is open for year-round fishing. 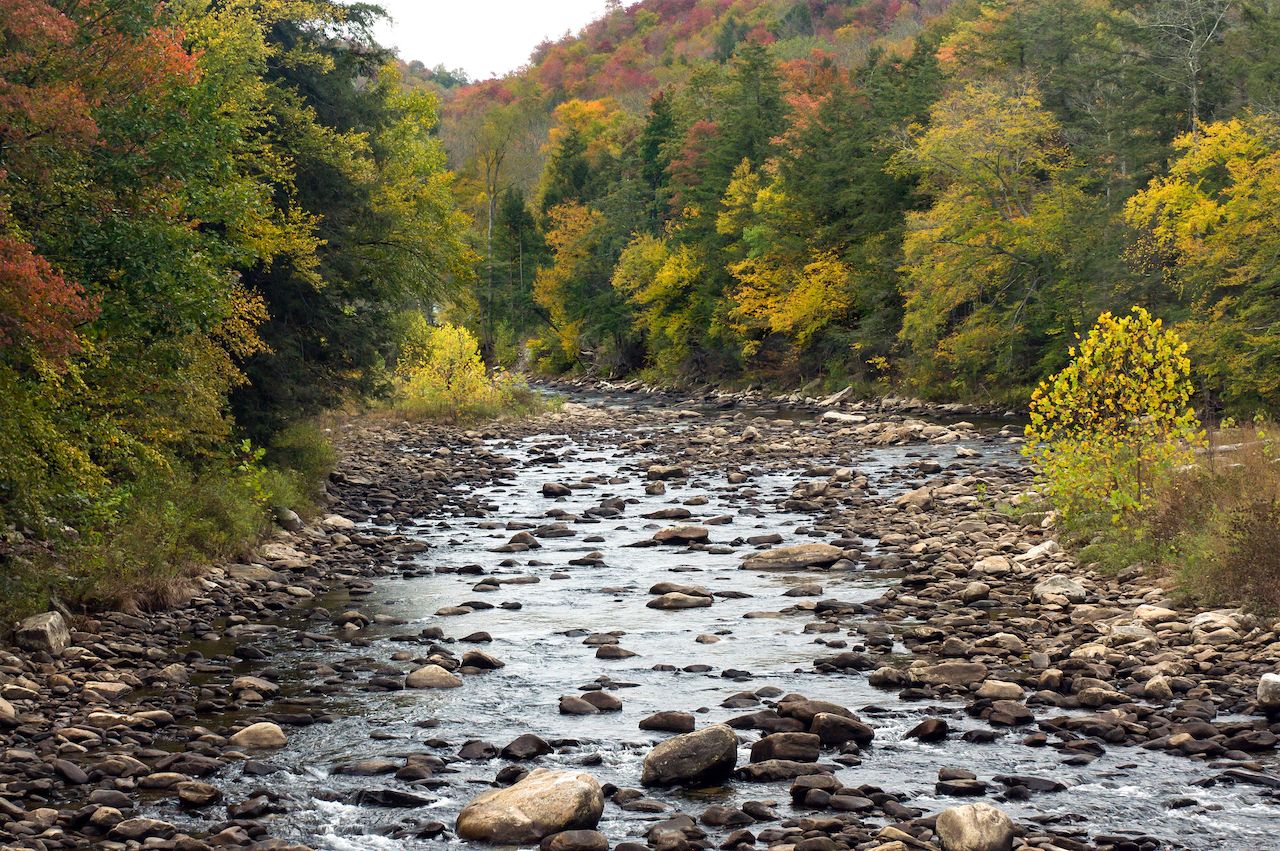 It’s possible that the name of this park came from the trees of the Loyalsok Forest, whose leaves blaze with color in the autumn months. Loyalsok Canyon dips down to a beautiful creek, and might also have been responsible for the name when early surveyors found a precipitous drop off the side. The area was originally settled by the Susquehanna Native Americans, but eventually was taken over by a sawmill. The forest is all second-growth and cabins from the 1800s are still available to rent for overnight. Full of wildlife, hiking trails, and swimming and boating opportunities, Worlds End also has car lookout points for the less athletically inclined.

If you like living history, the forge at the center of the park has historical ironmaking demonstrations. In the height of its activity, the furnaces for which the park is named blasted at 3000 degrees and filled the air with ash, smoke, and an infernal red glow that allowed nearby residents to walk at night without lanterns. Now, the park is quiet and dark at night, which allows astronomers staying at one of the campsites have a good look at the stars. During the day, visitors have access to over 80,000 acres of Rothrock State Forest, and hiking trails in varying levels of difficulty. The park is also open during the winter for ice fishing, skiing, sledding, and snowmobiling. 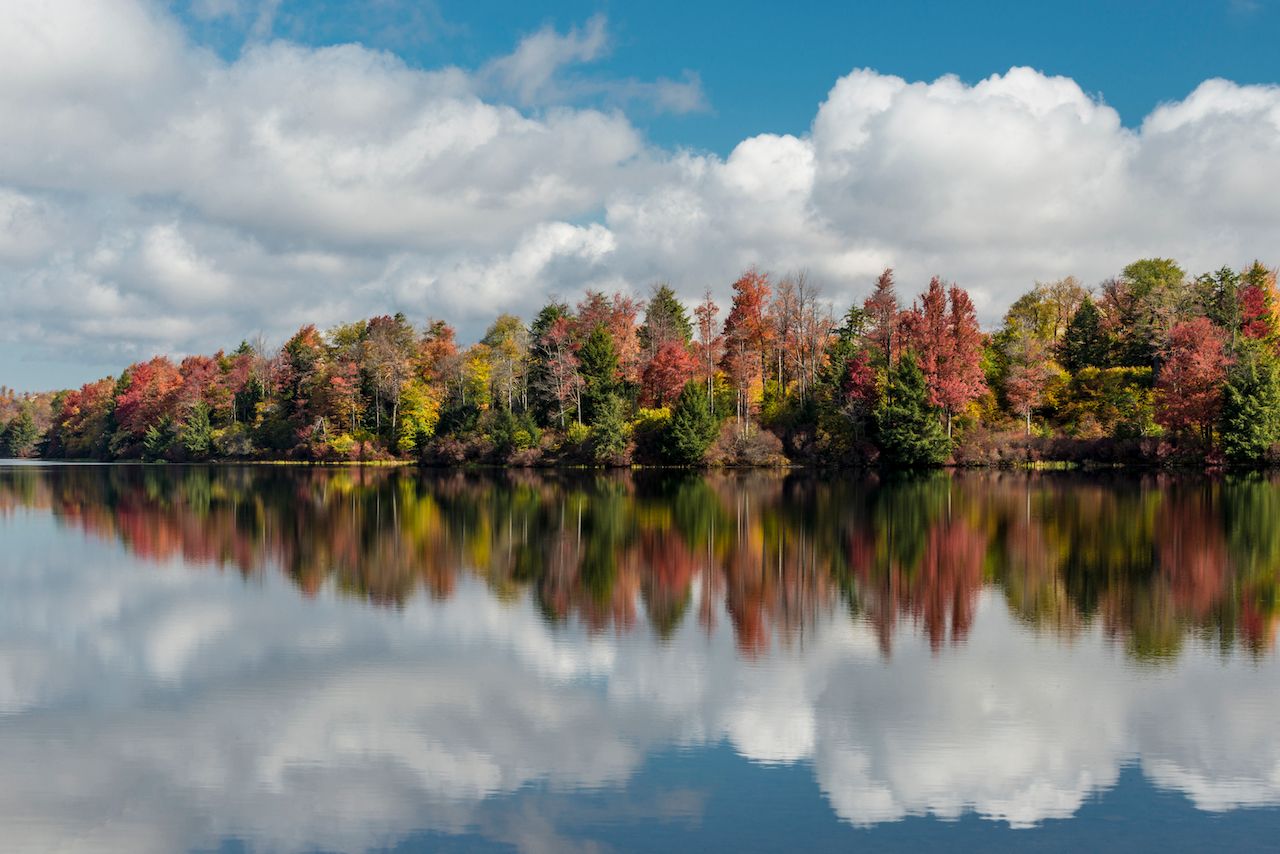 Full of waterfalls and beautiful trails, Rickett Glen has been a state park since 1944. Before that, it was private property owned and logged, by millionaire R. Bruce Ricketts, whose father built a stone hunting lodge on the land which the public can visit. The most stunning part of the park is Glens Natural Area, where several gorges meet in 2000 acres of old-growth forest (visitors can look down into the gorge from several wooden bridges). If you’re lucky you might see bobcats, coyotes, mink, or beavers…as well as the occasional rattlesnake. 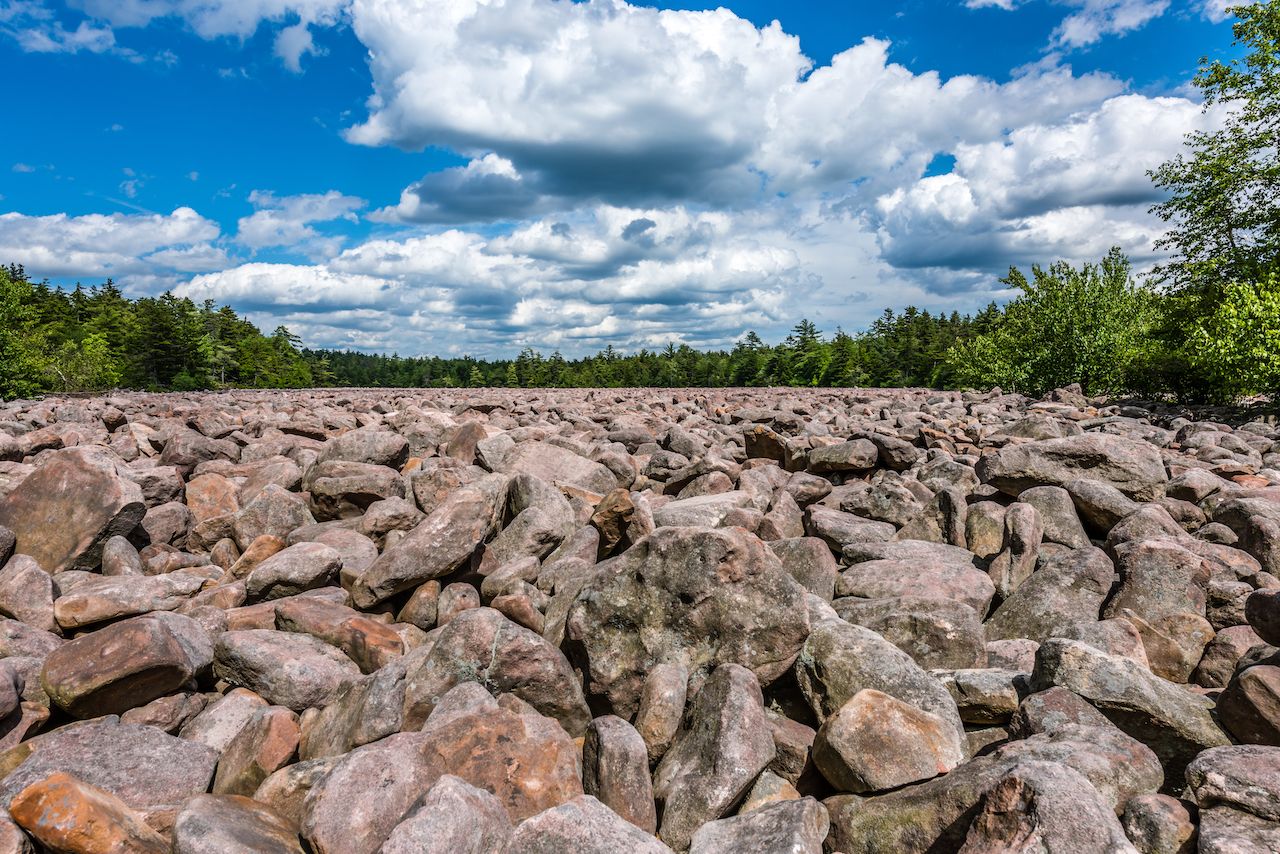 This enormous park in the foothills of the Poconos is best known for its vast and unusual boulder field. Caused by glacial retreat, the field is 20,000 years old and listed as a National Natural Landmark. Visitors can hop from boulder to boulder for almost 16 acres. Of the almost 45 miles of trails (including the terrifyingly-named “Shades of Death” trail), some are wide enough to accommodate strollers and wheelchairs, which allow everyone in a group to see the fantastic waterfalls and foliage of eastern PA. 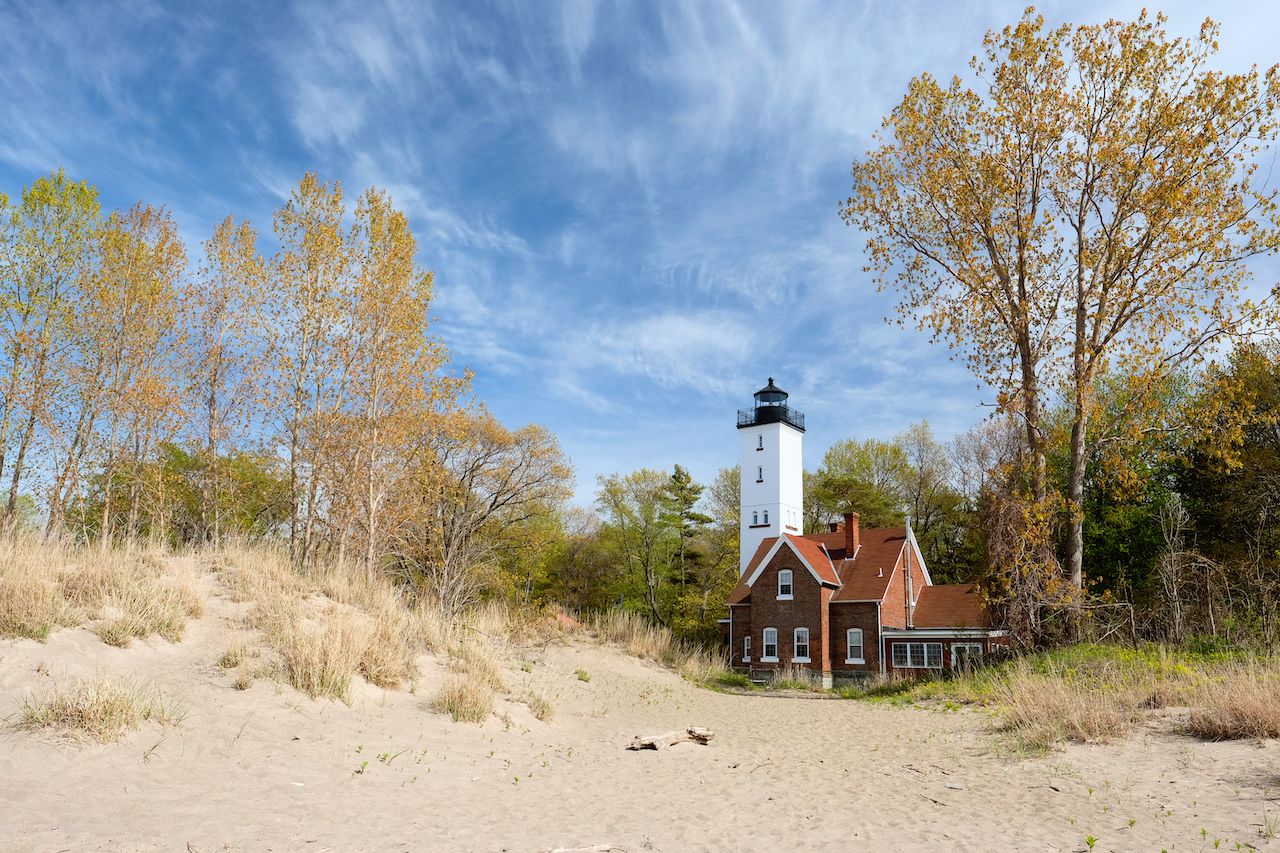 From the French for “almost an island,” Presque Isle is a sandy peninsula of northern Pennsylvania that juts into Lake Erie. The park is constantly being reformed by the wind, waves, and natural decay processes, so expect change in the sandy hiking trails and beaches that dot the 3,000 acres. Presque Isle hosts several operational lighthouses and is also the only place you can surf in Pennsylvania. The Audubon Society considers the area to have the best birdwatching in the country, with over 300 distinct species making their homes on the spit of land. 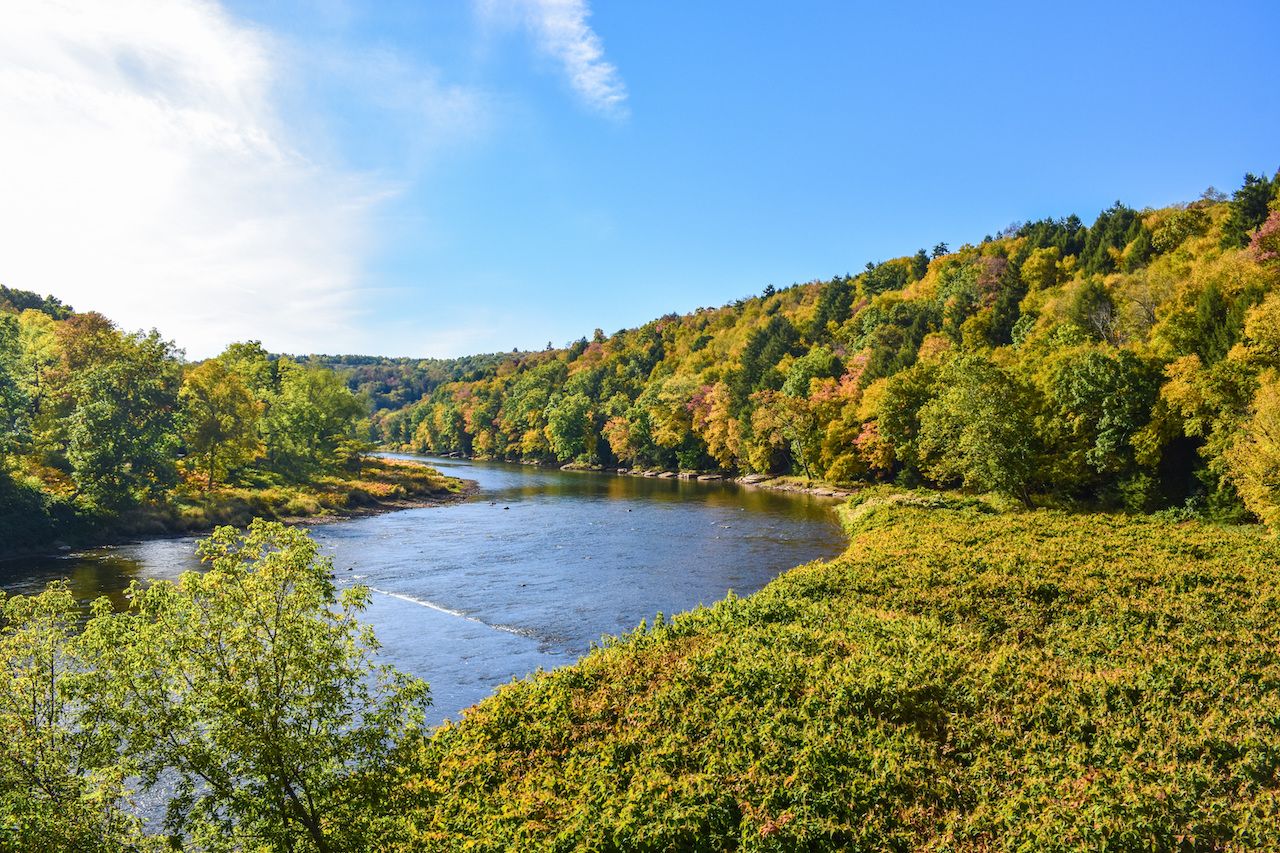 Full of old-growth trees, the Forest Cathedral in this northwestern Pennsylvania park is made up of virgin white pines and hemlocks. The park was once called the “Black Forest” because the evergreens were so thick and dark. A fire tower built in 1929 to spot forest fires is no longer in use but allows visitors a seemingly endless view of the dense foliage. Bike trails and hiking trails are recreational options, and there are also two designated bridle trails for horse enthusiasts. Fishing is possible in the Clarion River, and the park provides a stocked trout pond for children under twelve.

9 Restaurants That Show Off Philly’s Diversity, According To a James Beard Nominated Chef