While travel certainly isn’t about filling your backpack with redundant technology and overpriced gizmos, there are plenty of travel gadgets out there that warrant your precious cargo space. Investing in a few high-tech tools can totally change your trip — in a less-hassle, more-comfort kind of way.

Besides — it’s time to up your travel game to 2018. These nine gadgets will keep you connected, healthy, rested, and mosquito-bite free, and they’ll nibble away at the drawbacks (jet lag!) while making travel’s many great perks (capturing memories!) all the better. 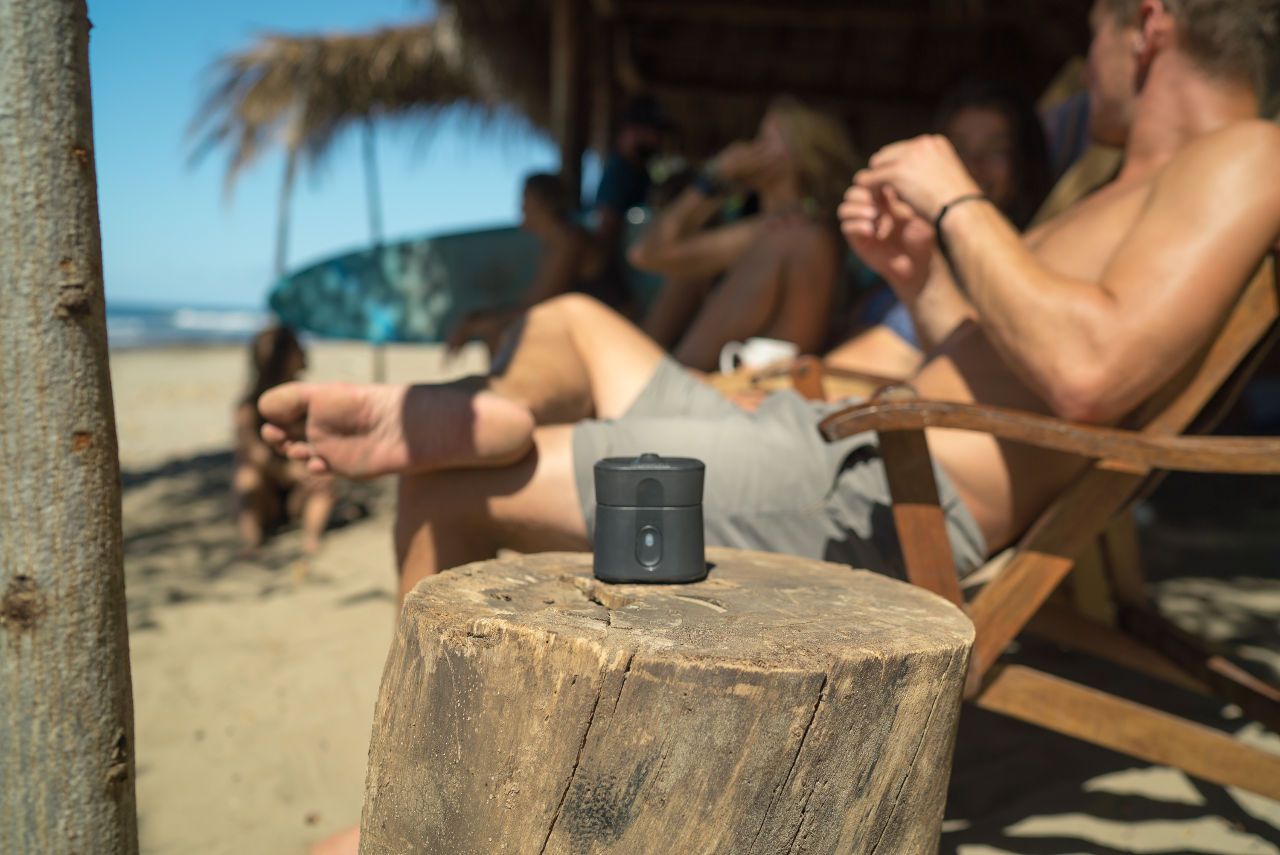 Just about every mosquito repellent I’ve tried came with drawbacks as bad as the bugs themselves. DEET isn’t something I’m keen to have near my skin. Natural repellents (cough *lemon, eucalyptus* cough) often fail to do the job. Candles, torches, and coils create a real stink, not to mention a bunch of annoying smoke.

Enter Thermacell’s revolutionary Radius Zone Mosquito Repellent, which emits a scent-free, DEET-free repellent that protects a 110-square-foot zone. No aerosol spraying, coil lighting, or lotion applying. And at a few inches in height and width and weighing in at a scant seven ounces, this is an effective, safe mosquito repellent option you can take anywhere (including in your checked luggage on the plane).

With all the slick tech on this list, you’ll need a means beyond a backup battery pack and wall charger to keep everything humming. This is where a little solar charger comes in handy. On a sunny day, whether you’re chilling in Munich’s English Garden or hiking Peru’s Inca Trail, deploy a folding pocket solar charger to top up all your devices and batteries. They’re slick, easy to use, and super durable, ready for whatever you throw at it. Except rocks. Don’t throw rocks at solar panels.

Does this product portend the end of traveler’s diarrhea? Of course not! Most people don’t want to know what’s really in their food (or hotel room), but for those who do, a spectrometer is the answer. Spectrometers can be used to measure the quality of food and medicine — even sniff out counterfeit currency — by detecting slight variations in color, light, and materials.

So, if you’d like to know whether the operator of that shawarma cart washes his hands regularly, or if that greasy bartender really is thinning the Lagavulin like it sure as hell tastes like he is, this is the travel, nay, life gadget for you. And despite the image of clunky science lab equipment the term “spectrometer” may conjure, there are models out there that fit in your pocket. 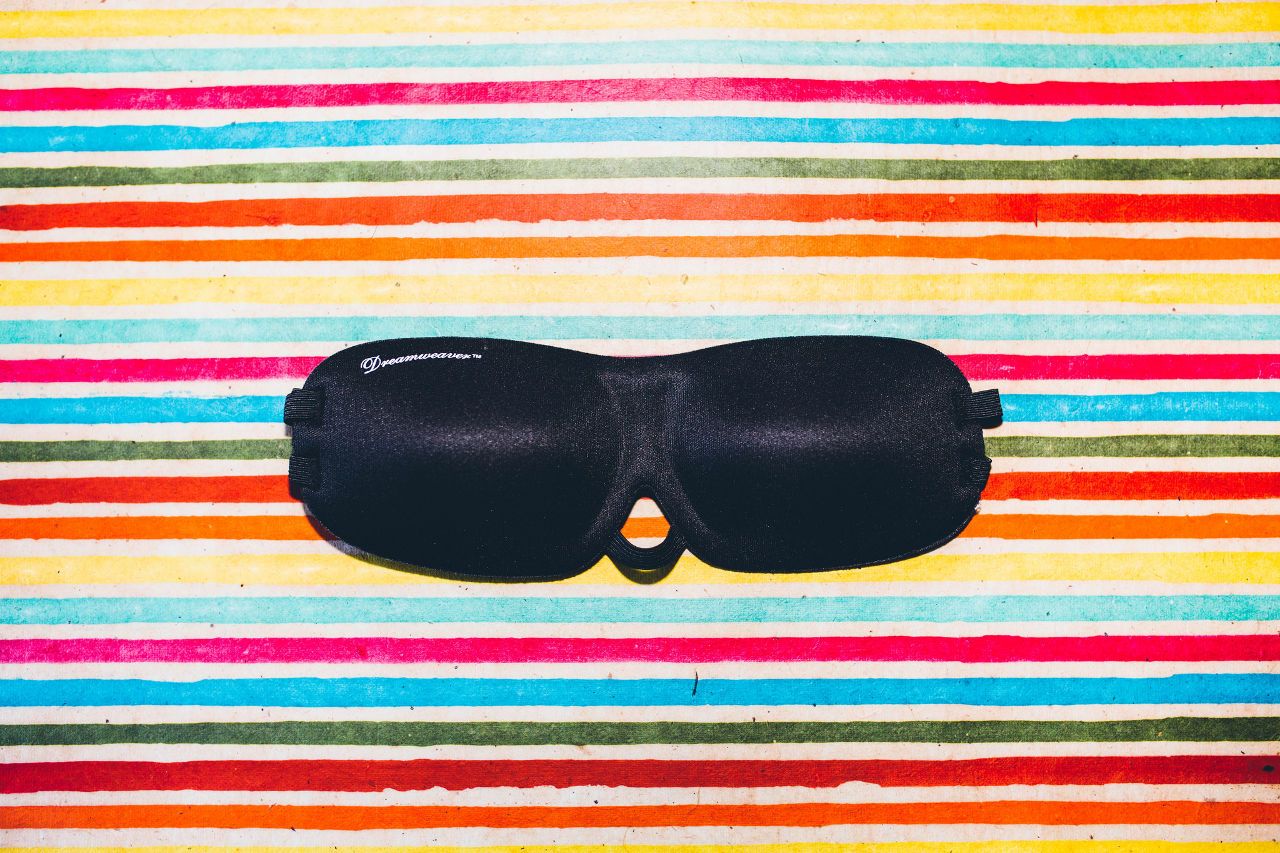 If there’s one thing I could eliminate from international travel (besides interfacing with TSA and my inexplicable quad-s designation), it’d have to be the jet lag. Down with it! Can’t we all just get together and agree to be on my time, all the time? Until then, I guess our only hope is actually catching some zzzs on the plane, train, or bus. For years, this problem has been made much easier with noise-canceling headphones, but now sleep mask technology has caught up. Finally!

As much as I like to think of myself as an unflappable Mr. International Man — you know, the type who can blend in anywhere, speak a dozen languages — frankly, I’m more Marcus Brody than Indiana Jones. Especially when it comes to languages. Foreign languages (okay, even heavily accented English) trip me up big time. So far, speaking really loudly and gesticulating wildly hasn’t been doing the trick.

What I’m saying is, I need a reliable translator like Indy needs a whip. Travis the Translator is my go-to, a teeny dynamo that translates dozens of languages audibly, full sentences and everything, taking mere seconds to do so. The company also donates $2.50 for every Travis sold — it’s a win-sieg!

6. Legit lens for your smartphone

Once upon a time — and I know I’m dating myself here — a traveler had to actually haul around a camera in order to, you know, take pictures. Nowadays, unless you’re a pro or avid hobbyist, your phone is likely your camera. But as great as phone cameras are, they do have drawbacks…their relative unwieldiness for shooting anything that involves holding the camera for more than five seconds being one of the main problems.

But those issues are quickly becoming “once upon a time as well.” Now you can buy a lens that attaches directly to your phone and provides DSLR-like control over image and video capturing. It’s way lighter and more space-efficient than carrying a high-end camera in addition to what’s essentially already your camera: your phone. 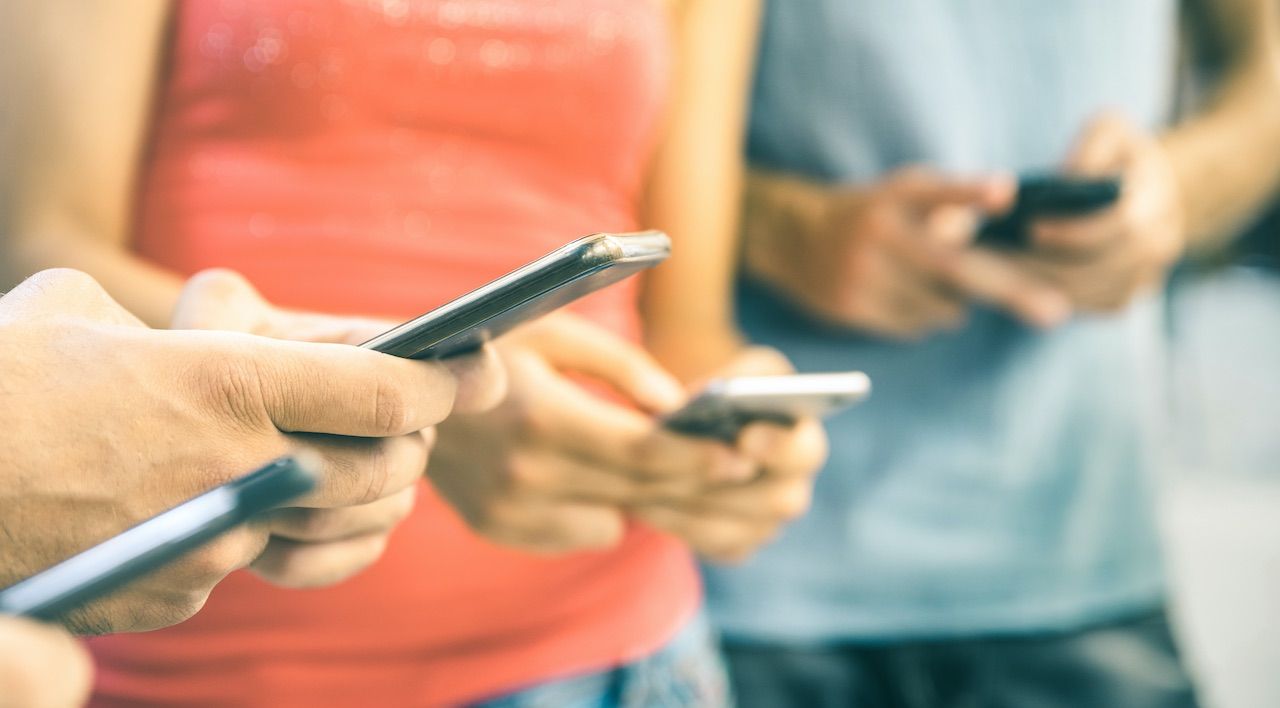 For digital nomads, or anyone who wants to keep in touch with mom or work while traveling, a dependable and affordable mobile hotspot is truly game changing. I’ve tried a couple of different unlocked, LTE devices and have found Hong Kong-based GlocalMe to be the best value. The display interface is good enough, but the coverage and reliability are outstanding. Plans are super flexible, with day, month, and year passes to single countries, multiple countries, and THE WORLD. I’m almost always working while traveling — writing, researching, responding to emails, videoconferencing (okay, and a little Netflixing) — and it almost always comes through with a strong data connection.

Where was this one when I lost my family in Venice?!? For peace of mind, a tracker is seriously the coolest gadget. Never again lose your people at Coachella or your nine-year-old somewhere in St. Mark’s Square (relax, I found him…eventually).

There are a handful on the market — what you’re looking for should be a “long-range tracker” that will enable you to locate your fellow backcountry skiers, family in a crowded market, or anyone anywhere, with or without a cell signal. You can clip these to your kids, create meetup points, and even set safe zones. They might be overkill for some folks, but for intrepid travelers who like to wander about uninhibited but who also like to find their friends for dinner, personal trackers promise to be your next go-to gadget.

What’s cooler than cool? Drone selfies. If you thought you were obnoxious with that selfie stick, wait till you get a hold of your very own personal selfie drone. That’s right, you too can travel with your own drone for the sole purpose of taking sick, Insta-hotness selfies. #jealousmuch?

All sarcasm aside, drone technology is only growing smaller, smarter, and more ubiquitous, so why not deploy a pocket drone when the timing, location, and situation are right? As someone who travels solo quite often and prefers going it light, I have to admit I’m awfully intrigued.

This post is proudly produced in partnership with Thermacell.
Tagged
Lifestyle Technology + Gear
What did you think of this story?
Meh
Good
Awesome