IT’S 2017, and the travel world is starting to feel pretty saturated. “Locals’ secrets” get continually divulged for the next headline, and big cities lose their appeal as they become standard, obvious destinations. Who wants to go somewhere everyone else has been?

Some days it’s hard to believe there are any secrets left. And yet, Watertown — an unassuming spot on the eastern side of South Dakota — is one of them. It’s a town of some 20,000 people that’s confused itself for a big city and has the dreams (and the secrets) to match. No list on London, New York City, or Paris could surprise you, but this one? Just you wait.

1. Hopping on the beginnings of the bootlegger trail 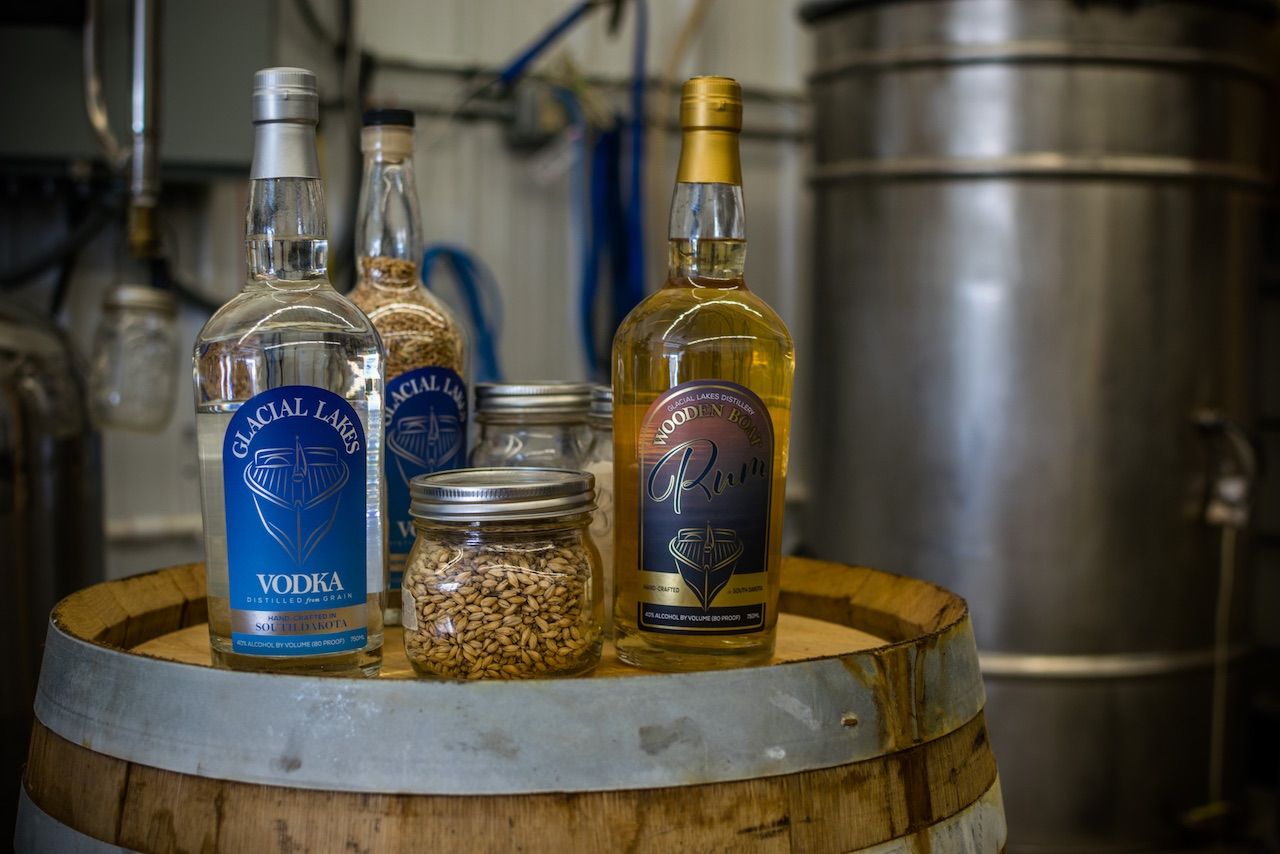 The past may need a bit more uncovering — the bootlegger trail is in the process of becoming official — but the highlights are there. One of the best stops on the list is

When we say the batches are made “by hand,” we mean it. Take a look at the bottles. Those initials on the back? They’re probably Phil. Or Cindy’s. Every ounce is hand-crafted into small batches and every bottle is filled and labeled by hand. Because it’s all small-batch, visitors may eventually be able to come in and craft their own. Fingers crossed that DIY will eventually mean “Distill It Yourself.” 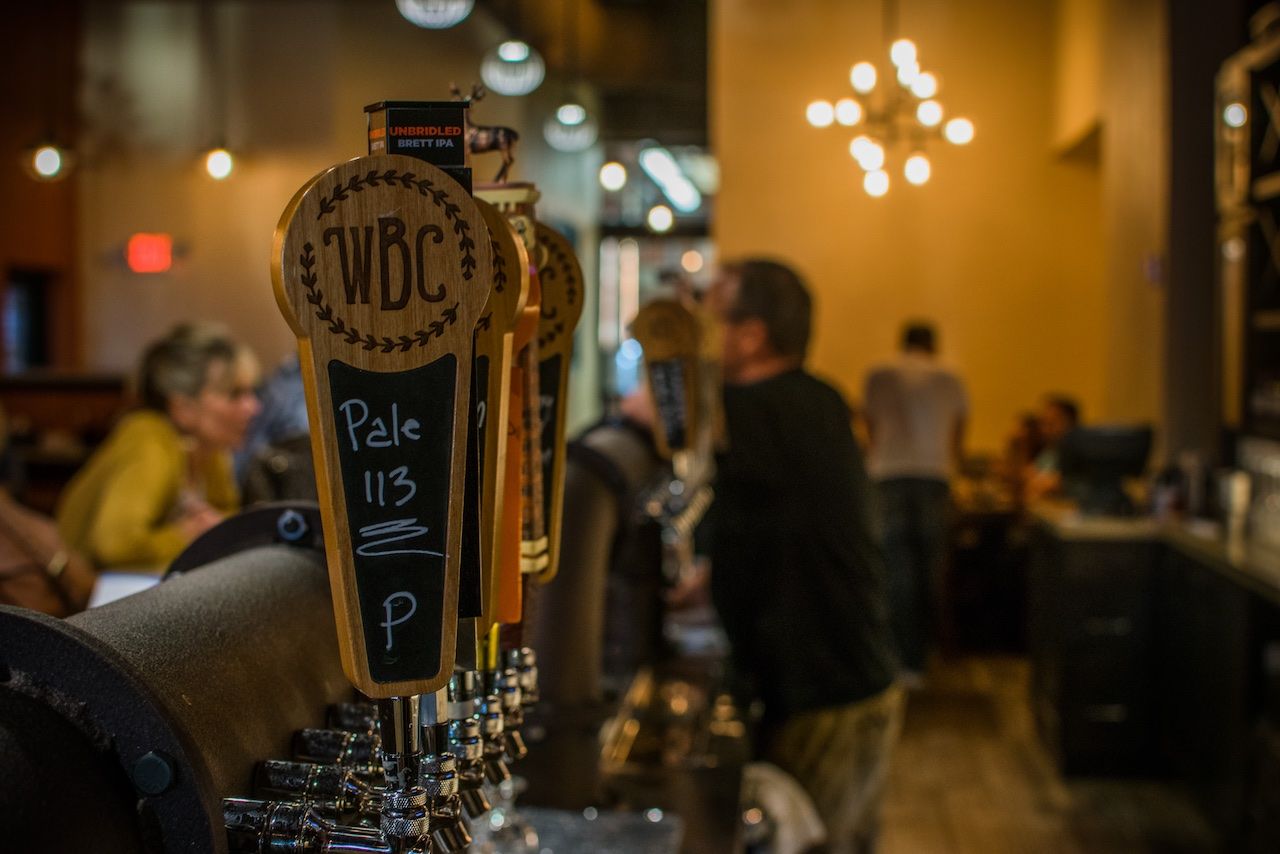 With the craft beer movement taking the entire country by storm, the challenge to make a quality product that stands out from the rest is a big one. Fortunately,

Walk into their downtown spot and you’ll forget where you are straight away, even if you’ve been on Untappd for years. Craft beer beginners should start with their Codington Cream Ale (described as a “Lawn Mower” beer), and those well-versed in the scene will take to their Not So Bitter and Kampeska Kold Press. If you’re not sure which route to go, just ask — you’re probably talking to a certified beer nerd.

While everything about Watertown Brewing so far may seem surprisingly West Coast, their charcuterie plates (yep, they do food, too) are a healthy mix of European and Midwestern. Cheeses and meats you’d find in any Parisian cafe, bread made from the same wheat as their beer, and pickles marinated in-house…but the portions? Those are what’s truly Midwestern, and they will astound you.

3. Hiking the shores of Lake Kampeska (and golfing and frisbeeing and just about everything) 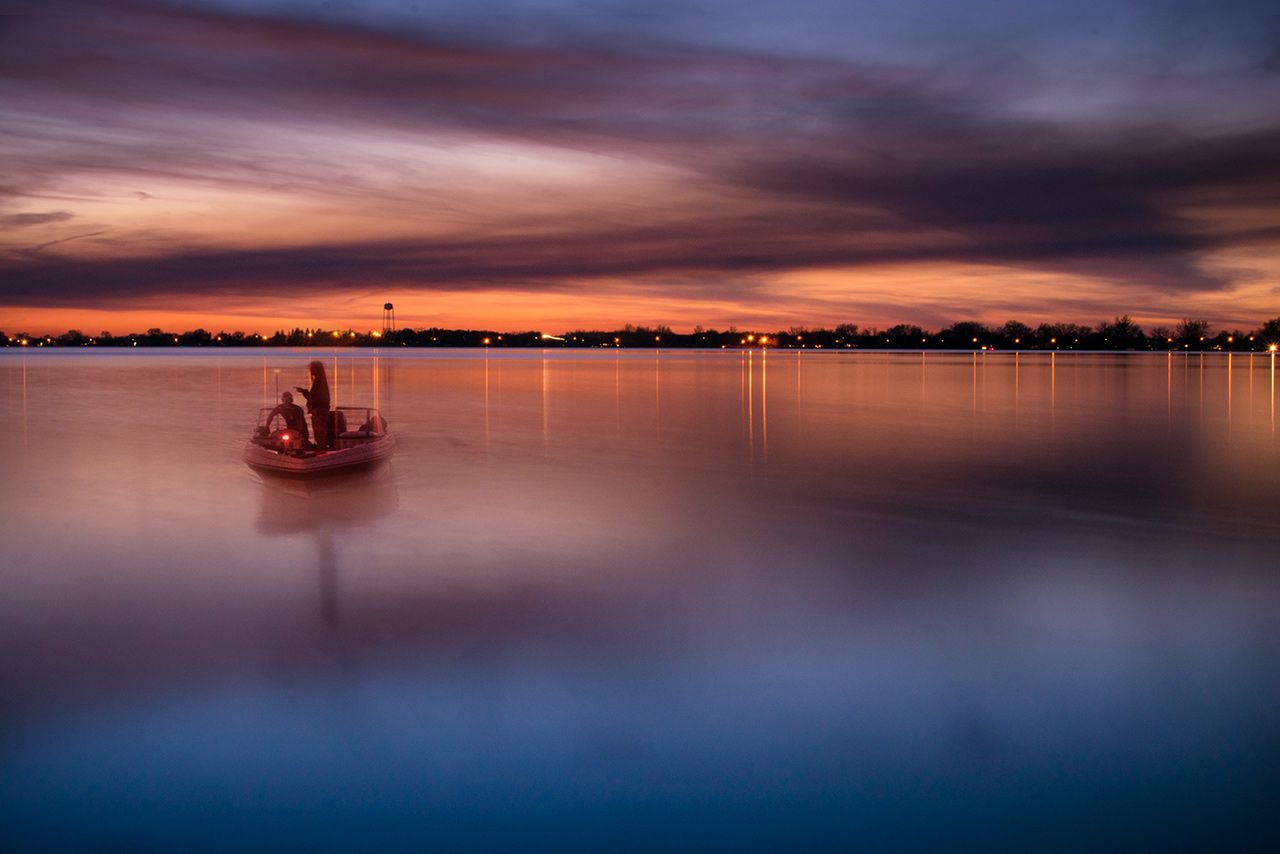 It’s the perfect place to while away the hours. Start at

And get this: Along the water’s edge, there are two golf courses, a disc golf course, a state, county, and city park (all with beaches, boat landings, and camping available), and 30 miles of trails that connect the lake to the city. Even if you don’t want to get in the water, you’ll have plenty of places to be as close to it as possible.

4. Getting up close and personal with a tiger 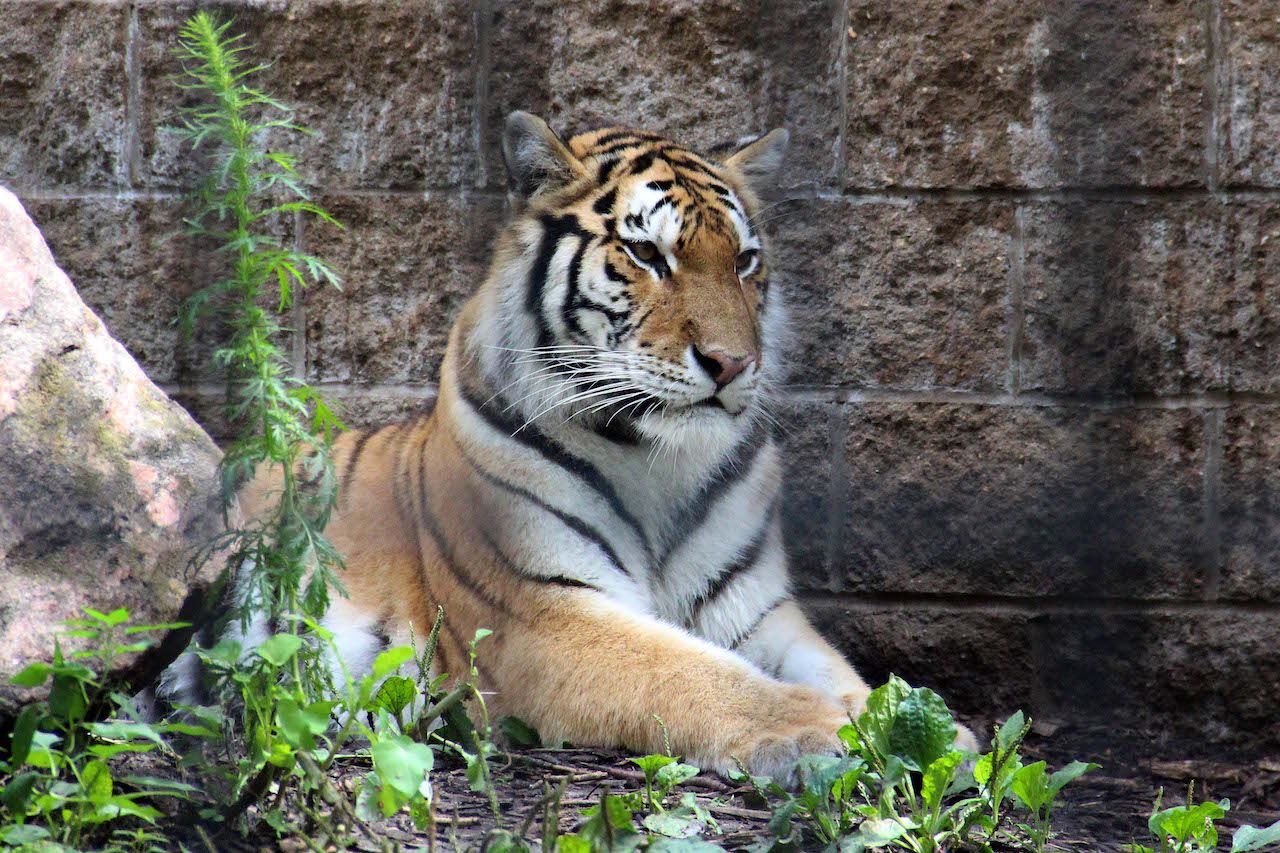 Zoos, right? It seems like almost every city has one and, unfortunately, most of them aren’t that remarkable, barring April the giraffe and Mei Xiang the giant panda. But when the director is Dan “Zoo Man” Miller, who rubs shoulders with the upper echelon of zoologists, you know you’re in a different league. And that’s the case with Watertown’s

Go and check out Bramble Park’s facilities, and you’ll see why Miller hangs with the big wigs. There are 800 animals comprising 130 species, including kangaroos, baby spider monkeys, tigers, free-roaming prairie dogs, and some pretty attention-hungry otters. For $9 for teenagers and adults, it’s a steal for an exotic afternoon. 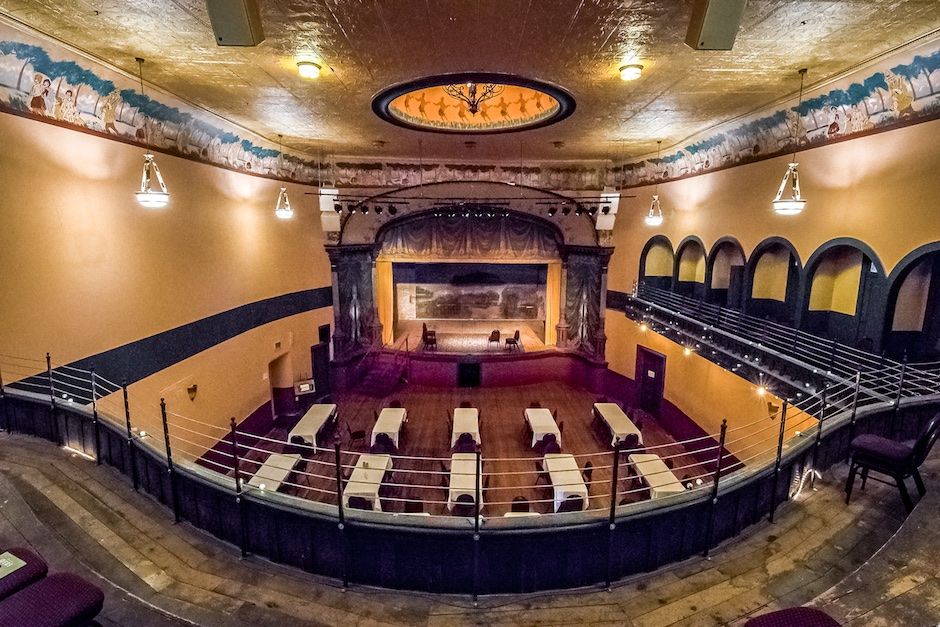 Walking into the Globe Theatre is an incredible feeling. The Balboa Theatre in San Diego generates a can’t-form-words kind of moment, too. The world is full of incredible theatres, but you haven’t seen one like the Goss.

Oh, and downstairs? There’s a bar, a coffee shop, and a restaurant with the same unrestored, old downtown, brick archway look. This place is huge — and may be haunted.

6. Getting a glimpse into the mind of one of America’s favorite painters 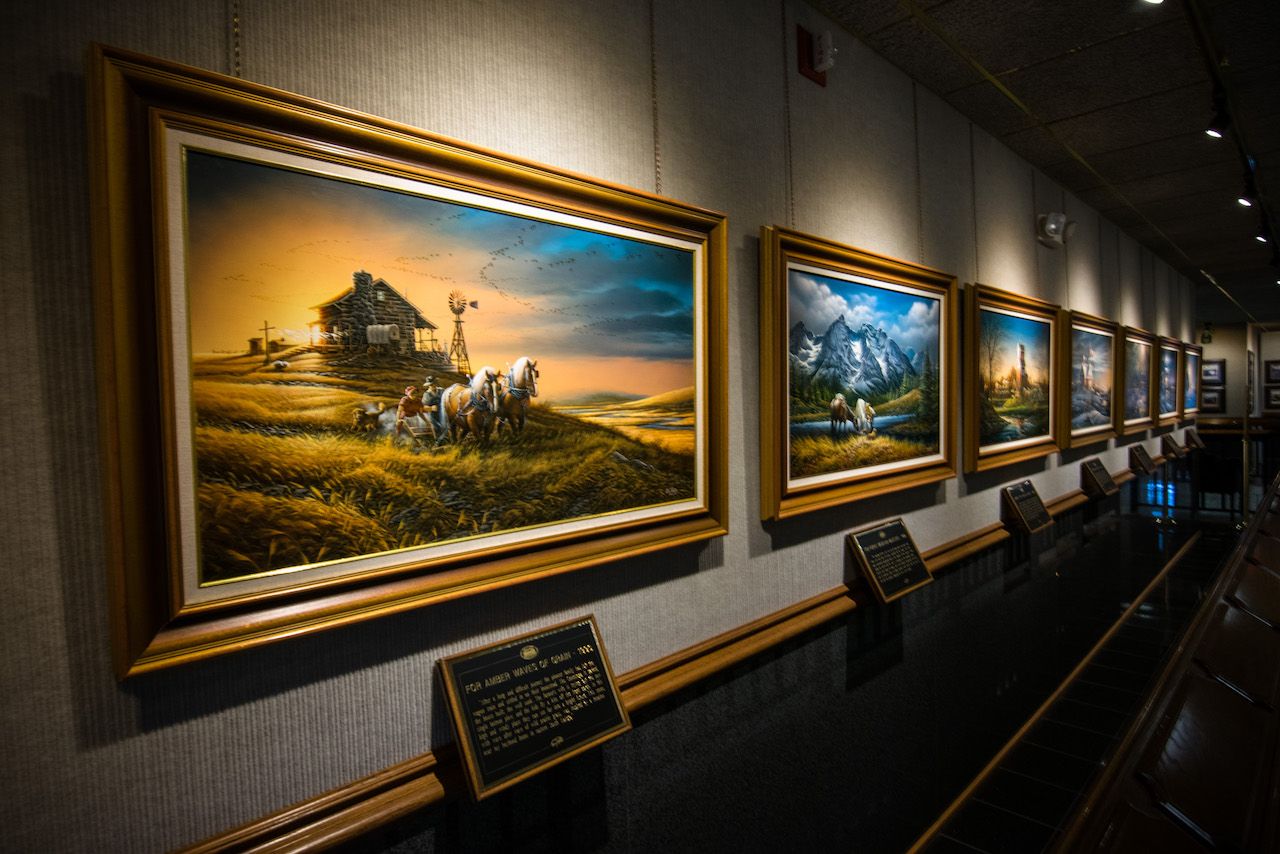 Let’s face it: Some art sucks. Like, really sucks. However, no one’s ever said that about Terry Redlin, and no one ever will. Even his college art professor took a look at his first assignment and said, “I’m sorry, but I can’t teach you anything.”

But Redlin and his son also made sure the art center wasn’t just for art lovers. His works focus on nature, and as such, the grounds do too. There’s a large patio on which to relax and picnic, trails for walking, and gazebos for some welcome shade (and photo opps). Clearly, it’s not just his art that made him so loved.

7. Tasting the best pizza this side of Highway 80 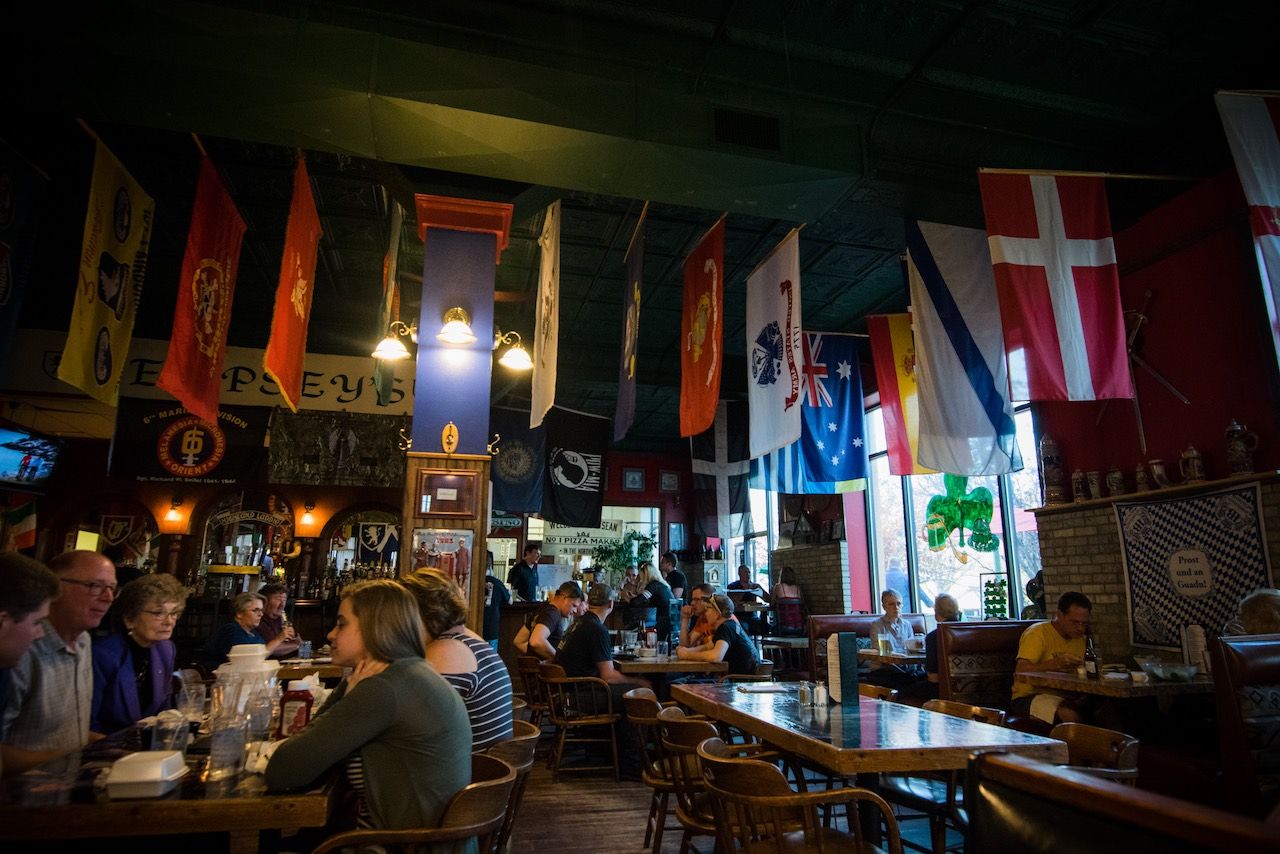 Dempsey’s, despite the accolades, is still all about family. Tables are covered in regalia from Ireland and Austria and postcards and photos from family travels. On the walls hang flags and every kind of tartan plaid imaginable (Sean’s father pops in with the bagpipes from time to time). The restaurant’s been in the family for years, and Sean is just the latest in a long line of foodies.

As for the menu, non-pizza heads should go for the wienerschnitzel (it’s actually Oma’s recipe), and everyone else, well…the pizza. You’ve been paying attention, right? But Italian pie or not, if you see Sean walking around, ask him to tell you what it’s like trying to get 20 pounds of flour through airport security.

8. Making your own wine, straight from a ghost town 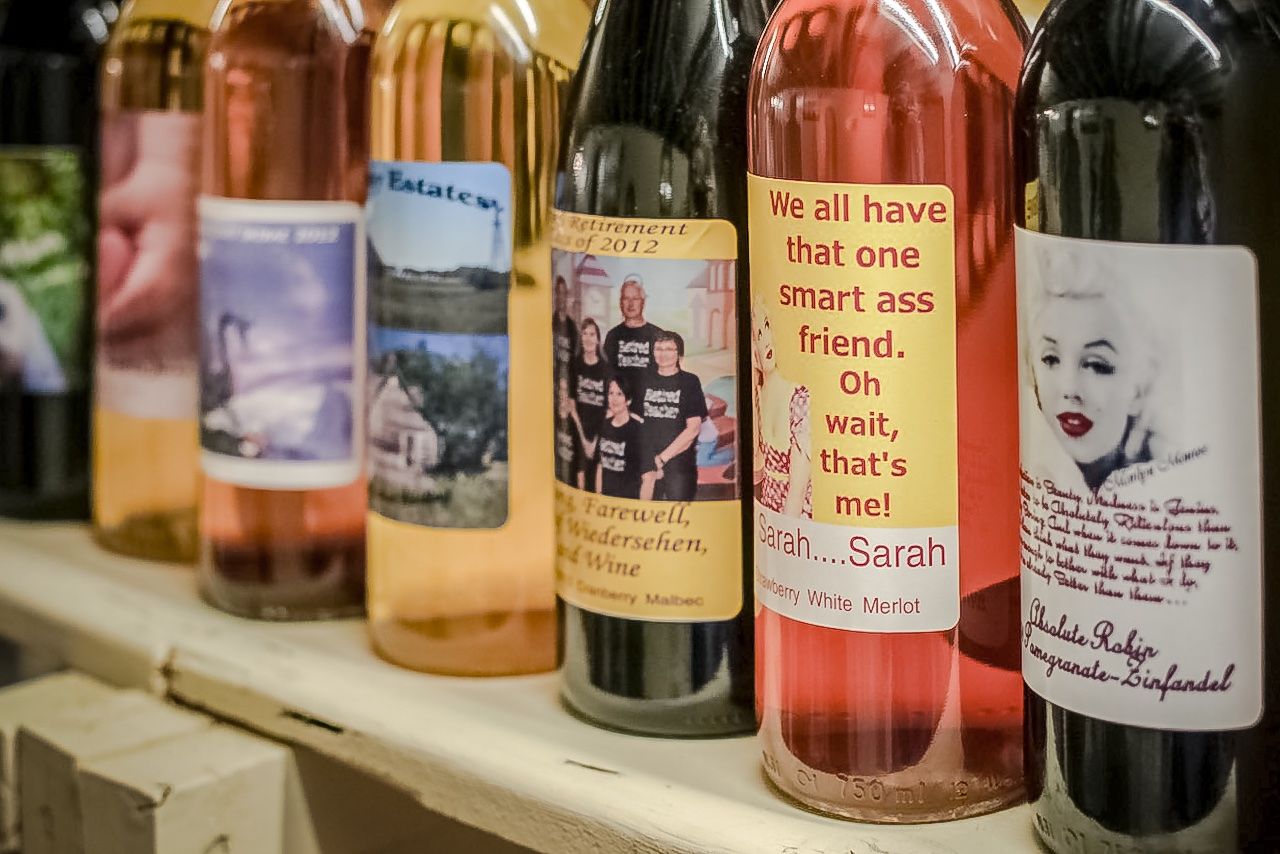 That’s the cellar, and that’s where visitors to the confectionery can try becoming vintners themselves. Watertown Confectionery provides the wine kit and the bottles, and, after fermentation, you design your own label — they’ll take care of the printing — and you put your creation together. Who said you couldn’t DIY wine?

And what pairs best with your handmade liquid goodness? The handmade dark chocolate sea salt caramels upstairs. But you probably already knew that.

9. Getting a haircut, a hot towel, and a beer…all at the same time 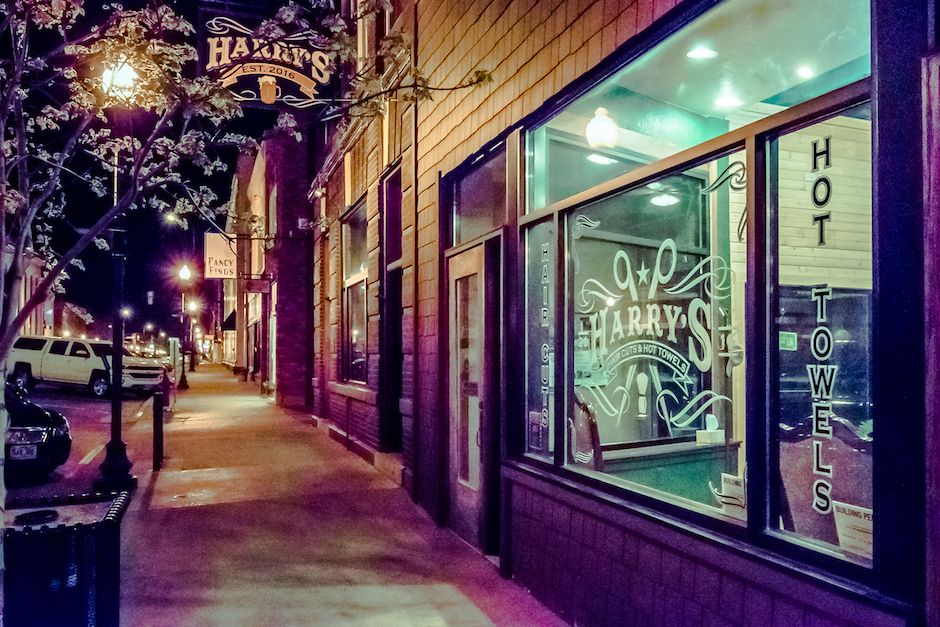 This post is proudly produced in cooperation with the Watertown Convention & Visitors Bureau.
Tagged
Trip Planning Watertown, SD, United States
What did you think of this story?
Meh
Good
Awesome

How To Spend a Perfect 48 Hours in Watertown, SD

8 Outdoor Adventures To Check Out in Watertown, SD