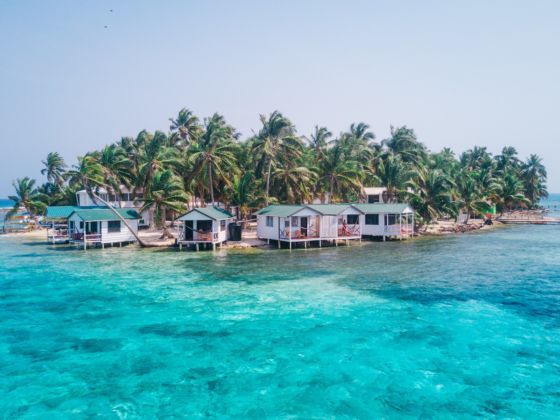 9 incredible vacation spots that are closer than you think

If traveling more in 2019 wasn’t high on your list of New Year’s resolutions last January, it’s not too late. Summer is young, and there’s an abundance of flights to great places that are probably nearer than you think. That means more vacation time actually spent on vacation.

Where to start? You’re likely only a few hours away from a handful of the nine incredible destinations listed below. Some are tropical, some are “weird,” some are meccas for music and art, some are a little of everything in between. (And only two of them require a passport.) So take note, and take heart! Your perfect trip might be hiding just around the corner.

Get acquainted with the Southwest® Low Fare Calendar, and start your daydreaming. 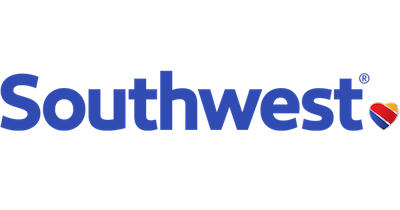 This post is proudly produced in partnership with Southwest Airlines.

Caye Caulker Caracol Great Blue Hole Cochinita pibil
There’s a lot that surprises about Belize. Did you know English is the official language of this tiny Central American nation located some six hours south of Cancún, and that it was a part of the UK up until 1981? It’s also the least populous (and least population-dense) country in Central America, yet has a strikingly rich and diverse history and an equally impressive catalog of natural attractions.

Top experience: Caracol was once a bustling Mayan metropolis of perhaps 120,000 or more. The archaeological ruins include multiple plazas, an observatory, and 35,000 identified buildings — one of which is a bulky pyramid rising 135+ feet above the forest floor (the Caana, or Sky Palace, pyramid). The site is still being excavated, so who knows what else is waiting to be unearthed.

Top taste: Thousands of years in the making, cochinita pibil is still a delicacy in the Yucatán. Traditionally, an entire suckling pig was marinated, wrapped in banana leaves, and slow-roasted in a pit atop hot stones. Nowadays, you can find it in taco form.

Top shot: The Great Blue Hole is a surreal diving destination, created at least 10,000 years ago when the roof of an ancient cave collapsed and then was flooded by rising seas. It’s part of the world’s second-largest coral reef system, behind only Australia’s Great Barrier Reef. Make sure to bring your camera, even if you can’t snap an aerial pic like the one above.

Isla Verde Beach Tostones Streets of Old San Juan El Morro Fortress
There’s no place like Puerto Rico — at least in terms of where Americans can travel without a passport. Endless beaches, Caribbean cuisine, and tropical rainforests are all under six hours nonstop from Chicago.

Top experience: Established in the early 16th century, San Juan is one of the oldest European settlements in the Americas. Definitely scope out its two colossal forts, El Morro and Castillo San Cristóbal. While the former is arguably the better known, they’re only about a mile apart — and the walk between takes you on a scenic stroll through the heart of Old San Juan.

Top taste: Tostones are a must. Slices of plantain are fried, flattened, and fried again, then served with a variety of dipping sauces. It’s pure bliss.

Top shot: Puerto Rico’s colonial architecture is exquisite. Those in the know can look for notes of Andalusia — southern Spain — in the buildings of Old San Juan or its bustling cousin on the south coast, Ponce.

Nashville skyline Hot chicken sandwich Banjo player The Parthenon
Nashville is a perfect example of a place that goes mainstream for one specific reason, and then everything else about it — all the nuance, the awesome locals’ spots — gets overlooked. Come check out this iconic Southern city, set on the banks of the Cumberland River, for yourself and you’re sure to uncover a trip’s worth of pleasant surprises.

Top experience: Ryman Auditorium and the Grand Ole Opry are the no-brainers, but for a more intimate “Nashville” experience, hit up The Blue Room or The 5 Spot. The former is adjacent to Jack White’s studio, and Lady Gaga deemed the latter worthy of her edgy glory.

Top taste: While other locations around the country are trying to replicate Nashville-style hot chicken, the dish has to be tried where it all began.

Top shot: Once heralded as the “Athens of the South” — because of its institutions of higher learning and cultural opportunities — Nashville cemented the moniker with the construction of the world’s only full-scale replica of the Parthenon.

Fort Lauderdale skyline Stone crab claws Venice of America Paradise Beach
Fort Lauderdale was inhabited by indigenous people for millennia before the Spanish arrived. The territory would get its current name in the late 19th century, when a series of forts were constructed during the Seminole Wars. Long after these were abandoned, the city was born — and has been re-imagined a thousand times since. Which iteration will you meet?

Top experience: The coastline around Fort Lauderdale is the B side on Miami’s record. This works to the benefit of locals and visitors, as the beaches are less crowded but still pack in that classic Florida triple threat: tropical sand, super-fresh dining, and world-class shopping.

Top shot: Often called the “Venice of America,” the city is crisscrossed by 150+ miles of canals that weave their way through the heart of the metro area. While you won’t find gondolas plying the waterways, they do serve as “roads” for the numerous boats that navigate the canals on their way to the Atlantic itself. Find some elevation for a panoramic shot, or take to the water on a kayak or SUP and snap it up close.

Downtown skyline Live music capital of the world Texas style BBQ Capitol Building
You seemingly can’t flip open an in-flight magazine these days without seeing a feature spread on Austin, the wonderfully weird Central Texas enclave that deals in world-class music, epic BBQ, and all things hipster-ific. You’ve heard about it 16,000 times — now take the opportunity to see it for yourself.

Top experience: The self-proclaimed Live Music Capital of the World, Austin hosts a music festival practically every week (or so it feels). SXSW and Austin City Limits are two names you might know — because we’re talking 70,000 attendees per day. But stop into any club on East Sixth, Red River, or a dozen other nightlife zones on a weekend evening, and you’ll feel the magic.

Top taste: There will likely never be a definitive barbecue capital of the nation, but Austin is for sure in the running. Franklin Barbecue should top your list — if you’ve got an hour’s wait in line in you. If not, choose one of the dozen others within city limits.

Top shot: Check out the newly completed boardwalk that circles Lady Bird Lake right in the middle of the city, and the accompanying views of Austin’s downtown skyline. From there, walk over to the brand-new public library. Why is a library worthy of your camera? We’re not going to spoil the surprise!

Stingray City Grand Cayman from the air Baby green sea turtle Exploring the coral reefs
There are three Cayman Islands that make up this British Overseas Territory just south of Cuba — Grand Cayman being, not surprisingly, the largest. With so many other island nations in the Caribbean, the Caymans sometimes feel overlooked — and that’s a shame. Pretty much whatever you’re looking for in a tropical island vacation, you can find it here.

Top experience: The former rescue ship USS Kittiwake was sunk off the coast in 2011 and is now a popular dive site. Thanks to its shallow placement and crystal-clear waters, snorkelers can check out the wreck from near the surface.

Top taste: During seafood season (November-April), conch can be found on most menus. A type of sea snail, the ingredient can be prepared as a stew, soup, fritter, or in a salad.

Top shot: Stingray City is a popular attraction that lets you get up close and personal with wild stingrays in their natural environment. It won’t do your Instagram any harm, either — time to break out that waterproof camera!

Sunset over San Jose Plaza Cesar Chavez San Jose from the hills San Jose Museum of Art
Fun fact: San Jose served as California’s first capital after it achieved statehood in 1850. What was largely an agricultural center for a century and a half began its trajectory toward a high-tech future following WWII. Welcome to the epicenter of Silicon Valley, brimming with its own underrated attractions and with easy access to the Bay Area and Northern California’s scenic coastline.

Top experience: The Tech Interactive — a science and technology museum with hands-on exhibits covering the cutting edge of technology — belongs nowhere else. While you’re downtown, also scope out the San Jose Museum of Art and the Children’s Discovery Museum.

Top taste: San Jose’s breakfast/brunch game is admirable. The Breakfast Club, The Table, Orchard City Kitchen, Bill’s Cafe — these are some of the best spots in the city.

Top shot: For a view that sums up San Jose, head into the hills west of town and stop at Ridge Vineyards. Look between the vines back towards the city and you might spot the giant circular spaceship that is Apple headquarters.

Downtown San Diego Sunset Cliffs Historic Gaslamp Quarter Balboa Park
Occupying land that was controlled by the Kumeyaay, then the Spanish, and then by Mexico, San Diego is a city of layers. Today, this diverse oceanside spot is one of the ten biggest population centers in the nation — pay it a visit and see what you can uncover.

Top experience: Balboa Park, a 1,200-acre urban oasis in the middle of the city, is home to 17 museums, gardens, and a world-class zoo. Did you read the number of museums correctly? You could spend your whole trip right here!

Top taste: When a city with Spanish roots is a hop away from both Mexico and the Pacific, you’d better believe the fish tacos are legit.

Top shot: Point Loma sticks out into the sea at the end of a rocky peninsula — get to Sunset Cliffs Natural Park and watch the sun sink into the water. This was also the first European landing site in the state, making it the place where “California” was born.

Denver skyline Mount Evans Scenic Byway Historic Larimer Square Rocky Mountain Arsenal National Wildlife Refuge
Denver sprouted on the High Plains east of the Rocky Mountains courtesy of the Pike’s Peak Gold Rush. And while gold fever may have worn off, Denver fever remains. The Mile High City was arguably the first to marry big city with big adventure, wild with chic, mountains with sophistication. There’s a little bit of everything for you here.

Top experience: Hop on the Mount Evans Scenic Byway, accessed via I-70 south of town. By the time you get to the top, you’ll have experienced a nearly 9,000-foot elevation change and driven the highest paved road in North America.

Top taste: Menu features like elk and bison hint at the city’s wild past. Pair them with the nearest microbrewery — probably about a block away, wherever you are — and you’ve got a solid Denver combo.

Top shot: Larimer Square is one of Denver’s most historic areas. Many of its oldest buildings can be found right here — as can some awesomely modern shops and restaurants. Check it out at night to see the city absolutely light up.

This post is proudly produced in partnership with Southwest Airlines.
✖
travelstoke
Download the mobile app
stoked by