You have a lot of airlines to choose from when planning a trip, and it can be tempting to assume they’re all basically the same in terms of how they operate and the services they provide. But do a little digging and you’ll quickly realize this isn’t the case at all.

Take Norwegian, for example, an airline that’s been racking up awards and changing the long-haul flight game for years now. They’re moving the needle in the industry when it comes to carbon emissions, ticket flexibility, technology — read on to see what we mean.

1. There are tons of direct flights from the US to Europe. 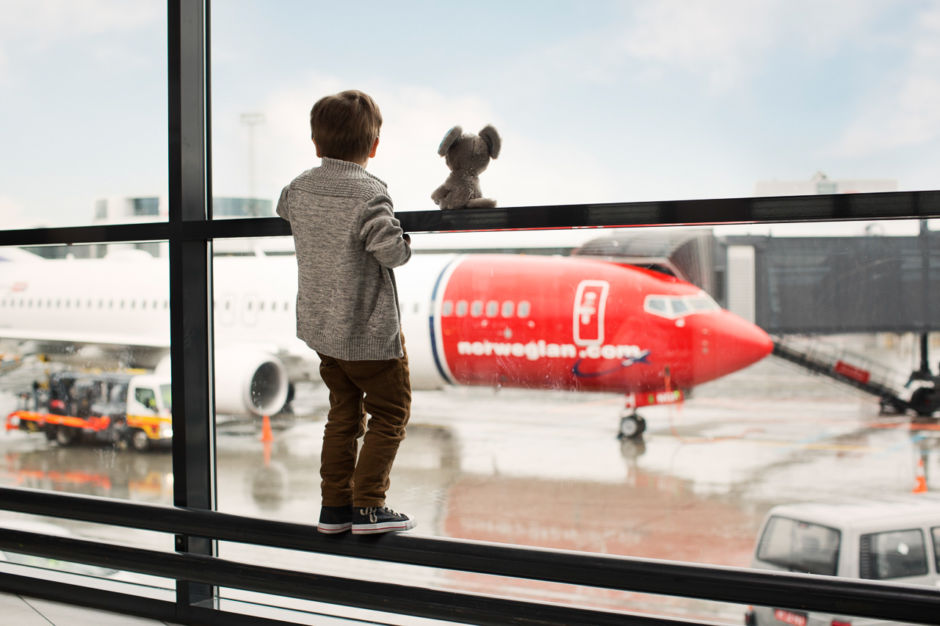 Norwegian offers nearly 50 nonstop routes from the US to Europe. Use their route map to check out your options (and to get going on some pretty dangerous day-dreaming). Simply input your departure airport, and from there they’ll give you a huge list of possible destinations, in alphabetical order, along with fares across the next three months.

You can also filter by vacation type as well as price. Suffering from cabin fever? How about anywhere sunny and warm? The temperature slidebar is the filter that should’ve been around years ago. When it’s 28°F in NYC, you’re going to be super tempted by Bangkok’s 80°F.

Note: Thanks to an upcoming partnership with JetBlue, the list of US airports where you can catch a Norwegian nonstop flight to Europe is about to explode. Starting in early 2020, tickets booked via Norwegian and JetBlue will be one single booking. That’s one epic global adventure.

2. Need to check your email every five seconds? If you insist.

Norwegian, widely known for affordable fares, is also setting a new value standard: On many flights, WiFi is A) free, and B) gate-to-gate.

Hallelujah. None of that waiting around for the flight attendant to push a magic WiFi button a quarter of the way into your flight. Walk on the plane, log in, and bam. Look at those bars! Luckily, your boss probably doesn’t know you’ll have email access. (Just don’t tell her you’re flying Norwegian.)

3. The back of your seat is a TV and a vending machine. 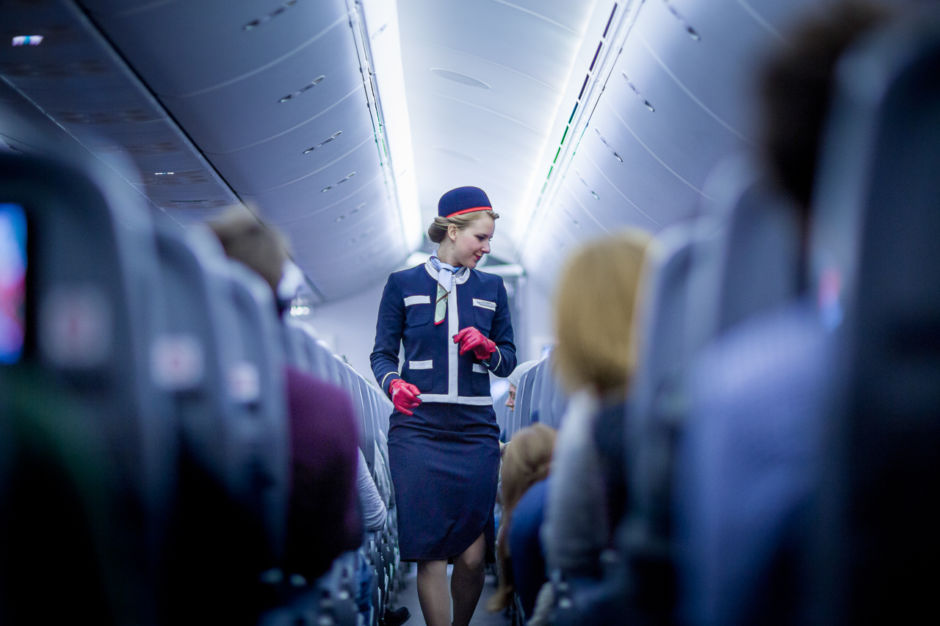 On Tinder, you swipe for faces — on Norwegian’s 787 Dreamliners, you swipe for snacks. Just push a few buttons on your seat’s screen, slide your credit card, and the carbs get brought to you. (How about one of these for your living room?)

As for meals, if you’ve booked an international long-haul flight, Premium customers will sit down to a three-course meal, including wine and beer. If you’ve got an economy ticket, you can purchase a meal online up to 72 hours in advance, and all dietary restrictions can be accommodated.

Note: That screen you’re swiping on comes jam-packed with TV shows, movies, music, games, and entertainment, too. Flights within Europe even have live TV, so you’ll never miss a beat.

4. With Norwegian, you’ll fly on one of the newest fleets anywhere.

Norwegian’s fleet of around 170 Boeing 737s and 787 Dreamliners averages less than four years old. And just like your computer, your car, and your washing machine, that means more reliability and greater efficiency. (Plus that new airplane smell?)

Norwegian is widely regarded as one of the most environmentally conscious — since 2008, their emissions have decreased 30% per passenger. You’ll see this as you’re booking: Before you even choose your flight details, look for a note at the bottom of the page, marked with a green leaf. It might say something like “28% less CO2 emissions than industry average” and offer you a link to read more.

If you’re curious as to how they get the numbers, click on. You’ll learn about the ICAO method, the Transatlantic Airline Fuel Efficiency Ranking, and the CO2 calculator itself. If you’re not, skip straight to buying those carbon offsets (resting assured you’ll have to buy fewer)!

5. Go on, change your flight 10 minutes before boarding — it’s all good.

If you nab a flex fare, just about anything can change, including the name on the ticket. You could even look at the security line, decide you don’t feel like waiting, and get your money back — you only need to cancel or re-book at least half an hour prior to takeoff. You can also add light meals, full meals, or drinks on a per-item basis.

If you don’t want all the benefits of a higher fare but you want some, this can be the way to go.

6. If you’re craving space and privacy, Norwegian has that, too. 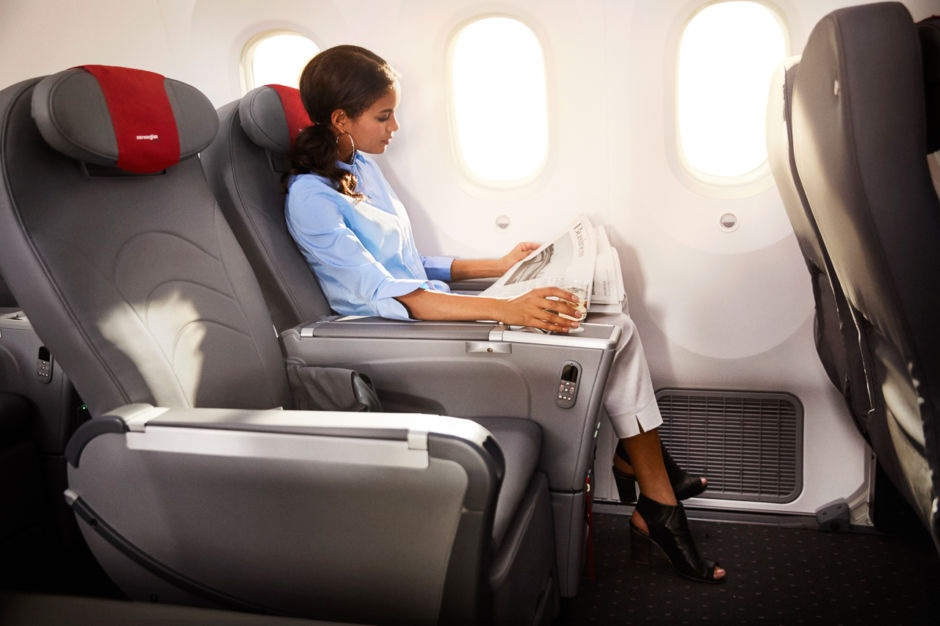 Who isn’t all about extra leg room and complimentary wine and beer while zooming through the air like a time-traveling wizard? Norwegian’s Premium fare also gets you extra checked baggage, fast-tracked through airport lines, and three-course meals during long-hauls.

And that’s in addition to everything else on this list, like the touch-screen entertainment and virtual snack bar, gate-to-gate WiFi, and flex fares. What other “low-cost carrier” has all this?

7. You’ll definitely want to take pictures out the bigger windows.

Norwegian’s Dreamliner is called so for a reason, and even in economy you’ll feel it — 65% bigger windows, softer mood lighting, touch-screen entertainment (don’t forget the snacks!), and basically brand-new everything means long-haul flights feel that much shorter.

8. Norwegian is the third-largest low-cost carrier in Europe.

500+ routes, 150+ destinations, 170 aircraft, 11,000 employees. Norwegian ranks big on just about every list, including coming in at #1 as the world’s largest foreign airline flying between NYC and Europe. They’re the third-largest low-cost carrier in Europe and the largest in Scandinavia, too. If you haven’t flown them yet, eventually you will.

Tip: Look for any “red nose” next time you’re at the airport. That’s the lovable nickname given to the planes in Norwegian’s fleet, referring to their distinctive color scheme. 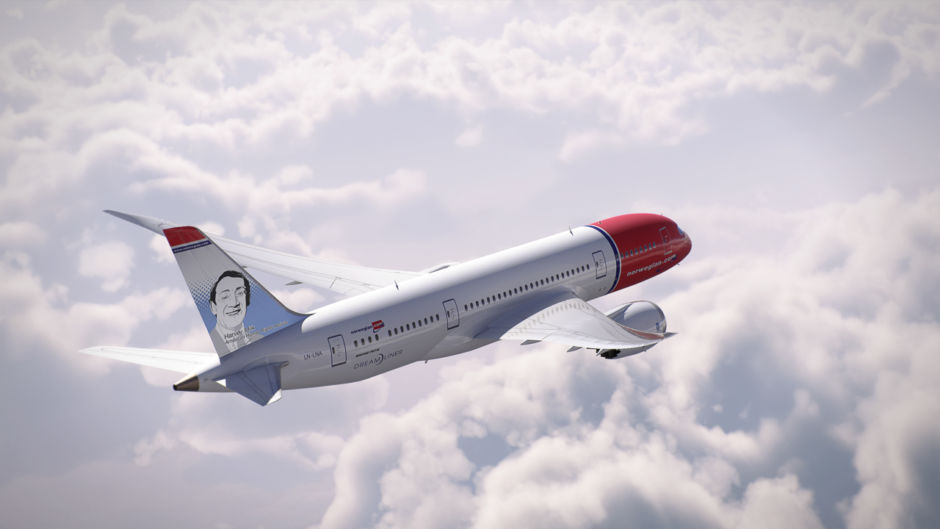 Trivia time — what do you think those airports are? They’re just two of the 150-some spots Norwegian flies to across 500+ routes. Many of their destinations are in the US and Europe, but you’ll find them operating across the entire globe, and their list keeps growing. It also keeps shifting! If a spot starts “trending,” Norwegian adds it to the list.

So, what’s the answer? The northernmost airport is Longyearbyen-Svalbard, Norway (LYR), and the southernmost — aka “The End of the World” — is Ushuaia, Argentina (USH). To get from one to the other, book it all through Norwegian. Ready for one epic flight?

This post is proudly produced in partnership with Norwegian Air.
Tagged
Airports + Flying
What did you think of this story?
Meh
Good
Awesome