WHEN I SAY “Bay Area,” I really mean San Francisco. I haven’t taken the time to step beyond the SF city limits, so I decided to spend some time exploring Oakland. Parallel to San Francisco on the east side of the bay, Oakland has been undergoing a renaissance. The downtown is being reclaimed, public art is popping up on almost every corner, and the food and drink scene is worth catching a line on the BART for. Here’s what some of the well-deserved fuss is about. 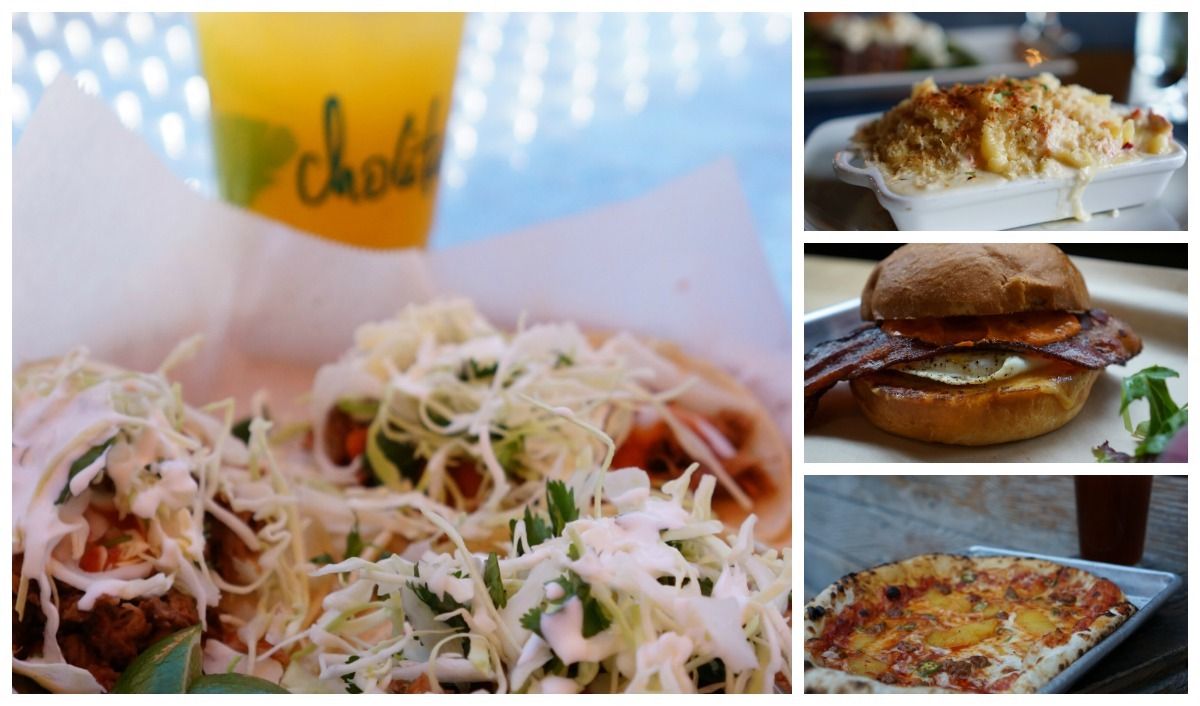 In Oakland, you can find the entire world of food within a few blocks: get Spanish eats at Duende and sip on mezcal, then stroll to [CLOSED] Bocanova and try some Peruvian, with a Pisco Sour to wash it down. Take a break from meat and try Hella Vegan Eats on for size, which attracts all types of customers, carnivores and herbivores alike. 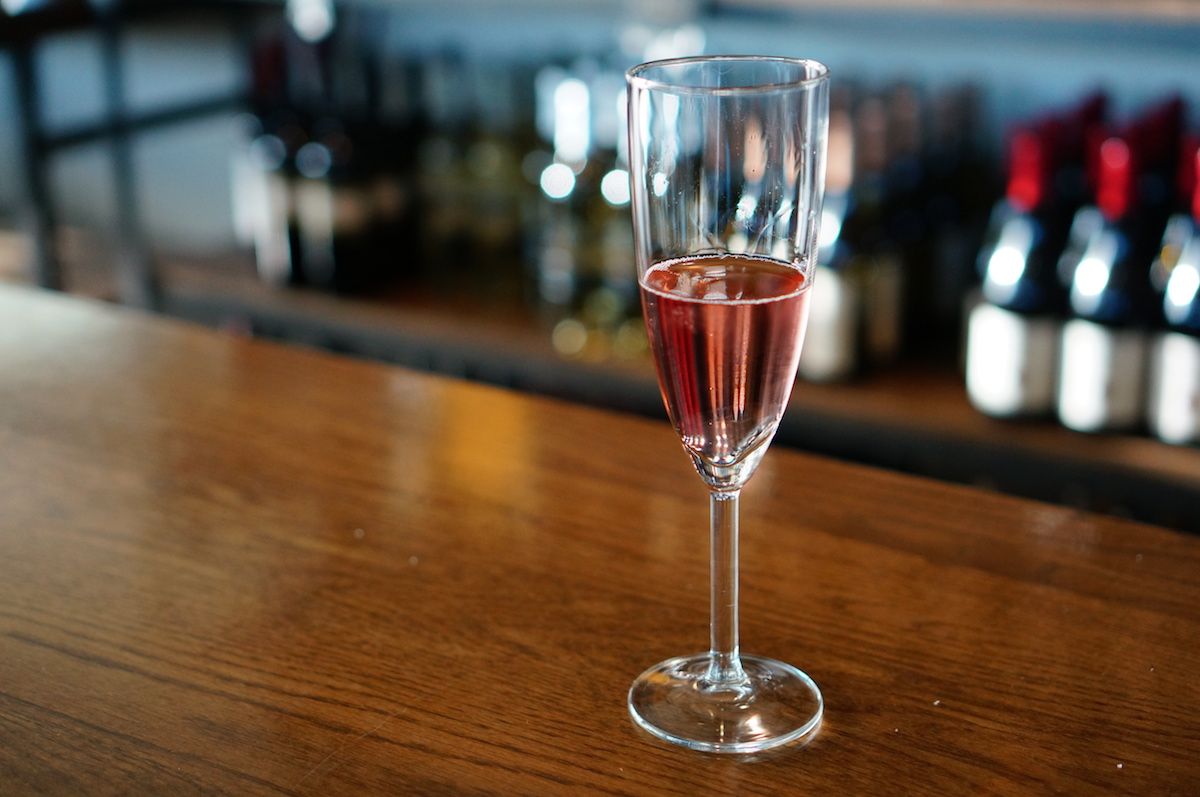 The Oakland Urban Wine Trail lets you wander between 10 wineries and tasting rooms within an easy distance. You can go self-guided at your own pace, or join a tour (even by bike). This saves you the time, and cash it takes to visit wine country and gets you straight to the good stuff: vino. For those visiting from San Francisco by ferry, the first stop at Rosenblum Cellars is literally steps from the ferry terminal.

3. California redwoods are nearby. 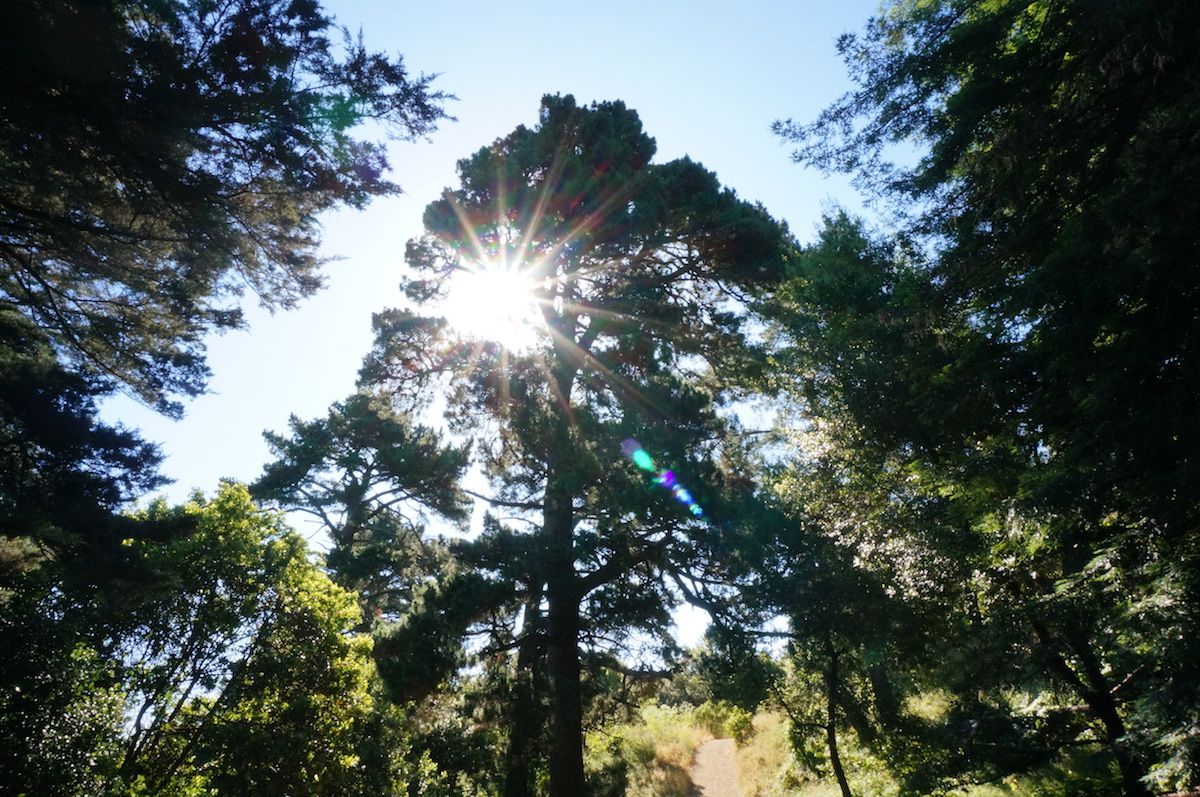 Oakland, like other cities in the Bay Area, strikes a great balance between city and nature. A quick 15-minute drive east from downtown Oakland puts you in Redwoods Regional Park. You’ll be able to breathe in deep earthy air before heading back into the urban hustle.

4. Lake Merritt is the heart of Oakland. 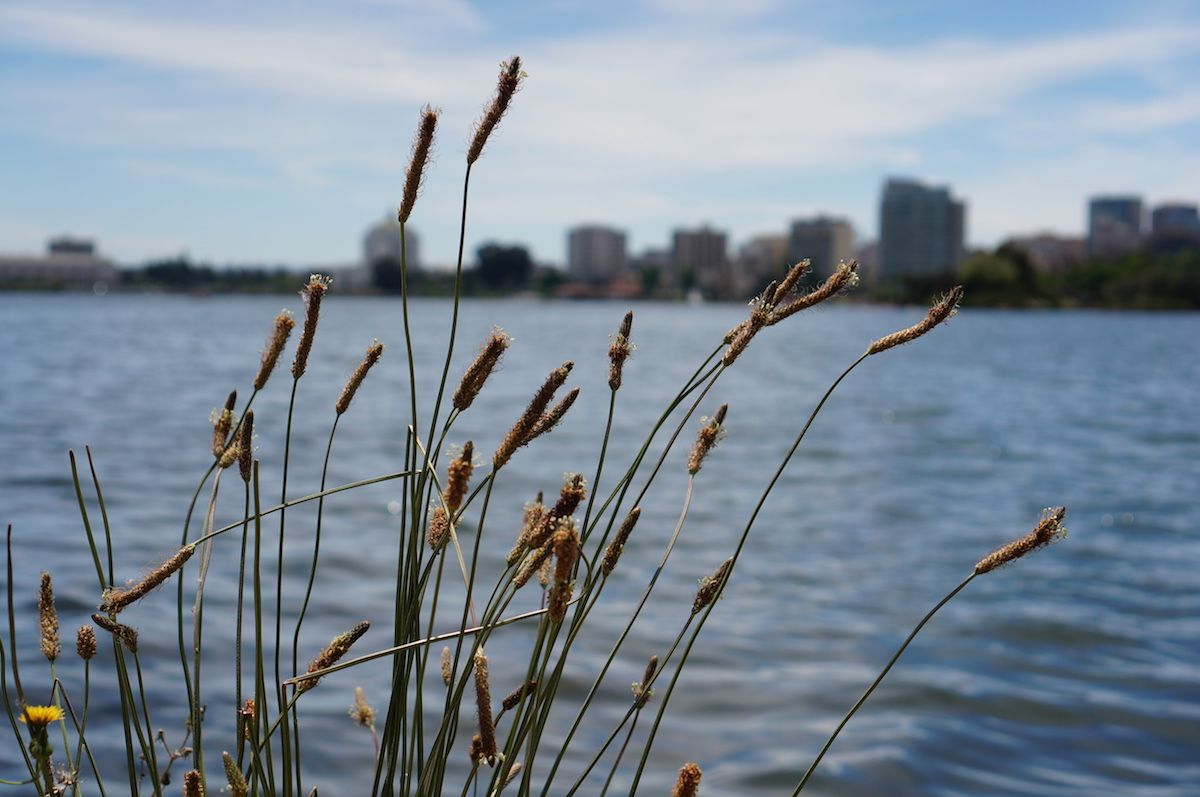 I really never expected to find a lake in the center of Oakland, but I found Lake Merritt. Roughly three miles around, the path is popular, and the lake is home to both a boating school and a bird sanctuary.

5. The famous theaters are coming back to life. 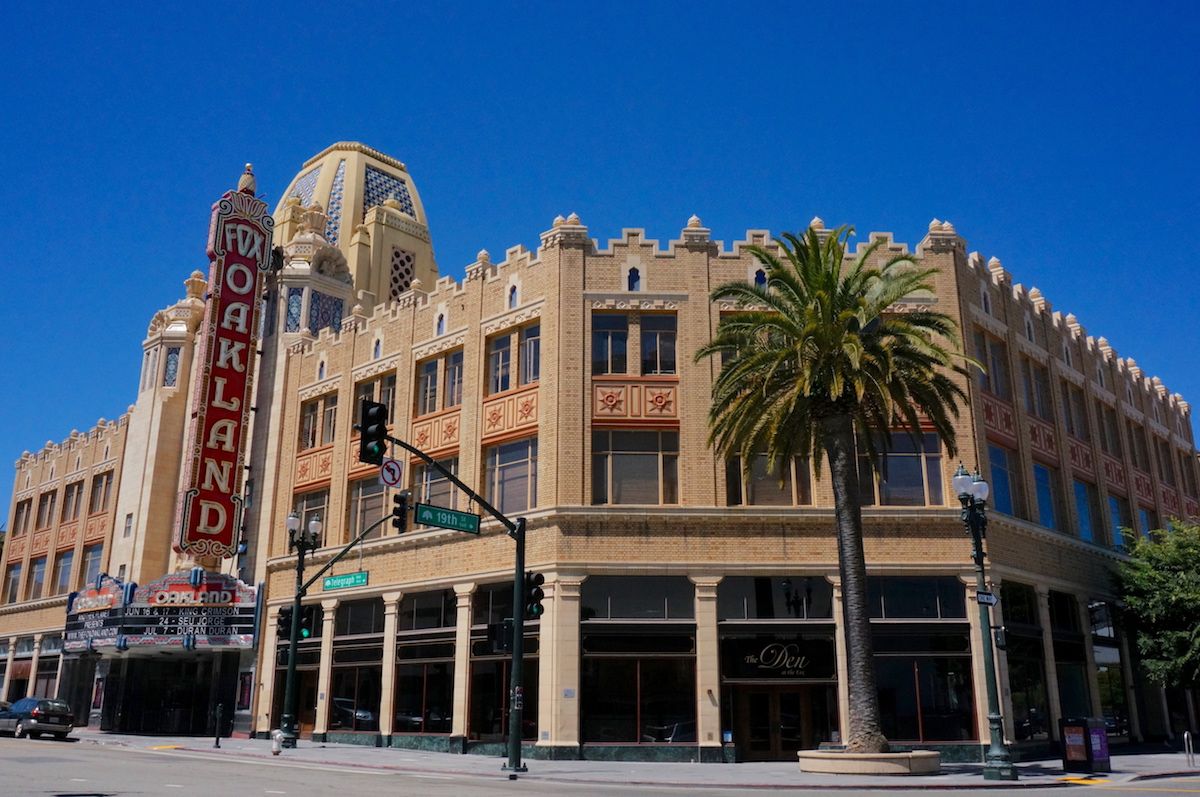 Oakland’s theaters — like the elaborate Fox Theater, eye-catching Grand Lake Theatre, and understated Paramount Theatre — are all getting some much needed TLC, inside and out. After sitting empty for several decades, each has reopened for regular shows, are helping to revitalize the arts in Oakland.

6. Take your pick of family-friendly museums. 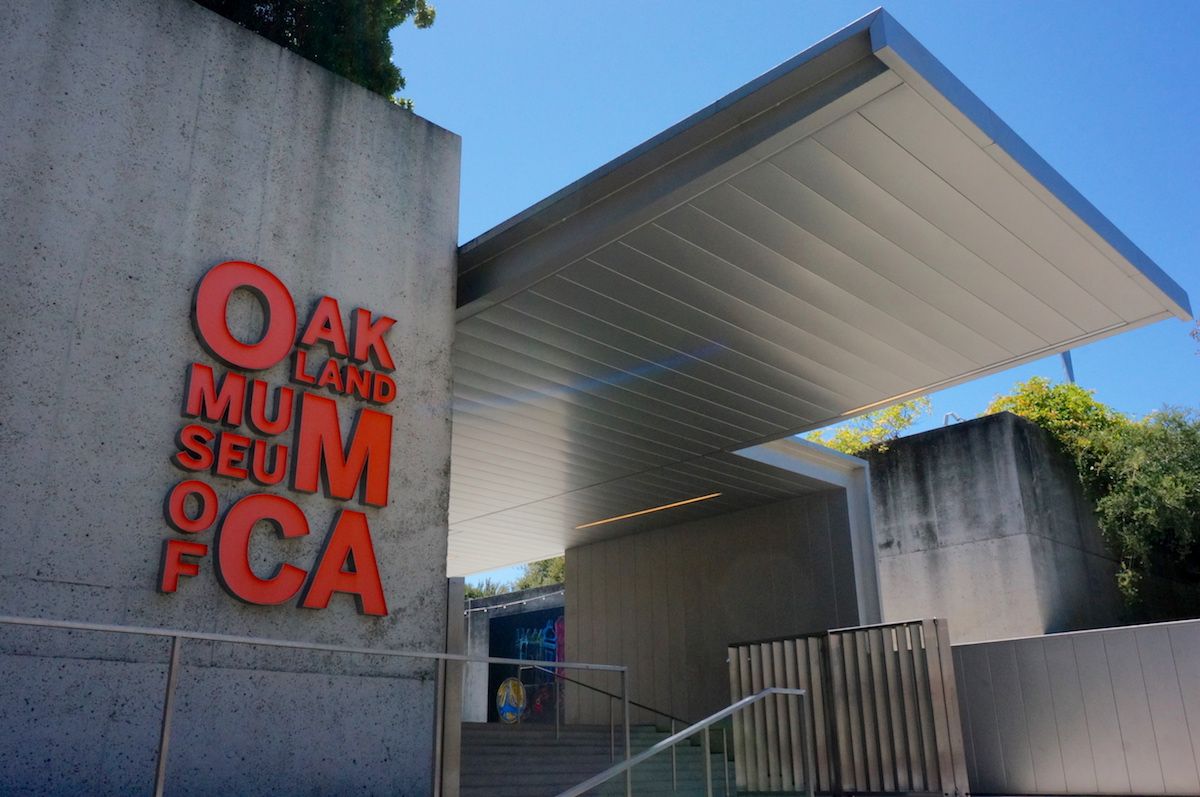 The Oakland Museum of California covers art, history, and science in both interior and exterior exhibits, but I really fell for the Chabot Space and Science Center. From the digital planetarium to the telescope you can visit during late hours, this is the best museum I’ve visited in a while — and fellow space nerds of any age will agree.

7. Jack London is an Oakland homeboy. 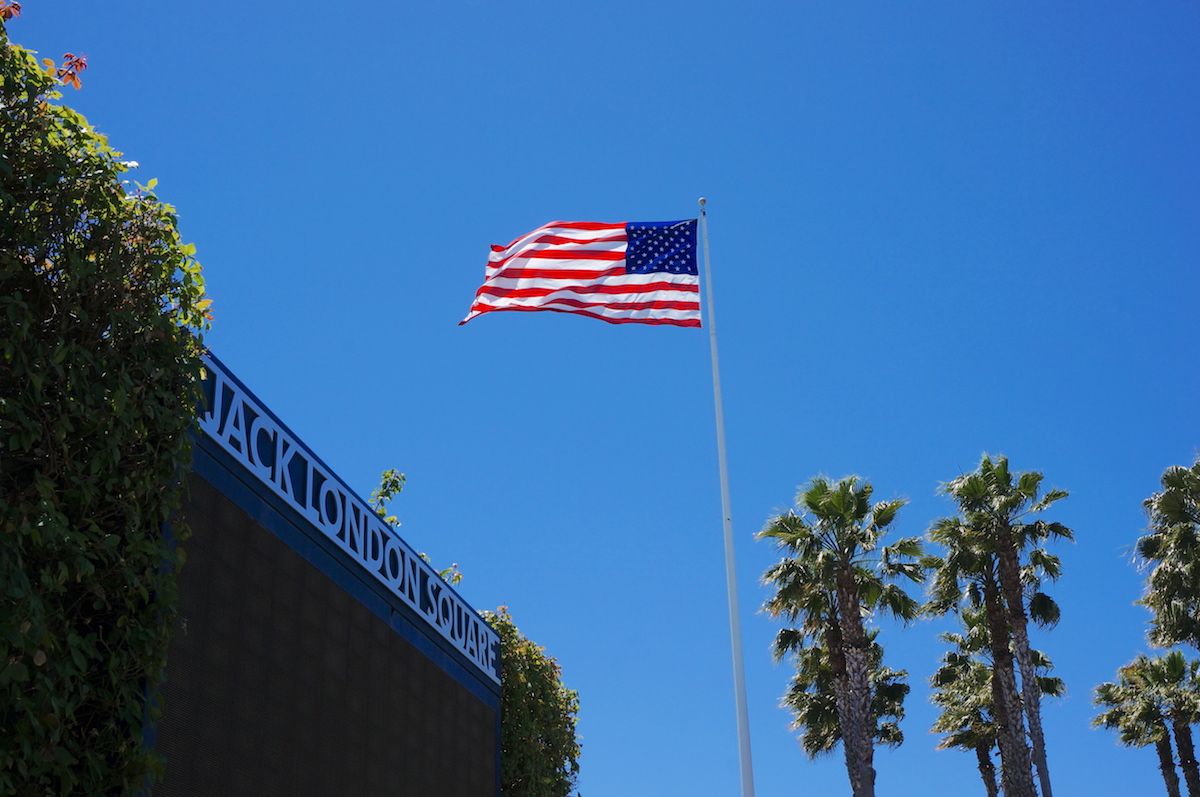 Every city has famous citizens, and for Oakland, that’s the writer Jack London. Along the non-industrial part of Oakland’s waterfront, you can wander through Jack London Square. There’s a reproduction of his Alaskan log cabin in the south part of the business district, and you can follow bronze wolf prints up along the waterfront to a statue of the writer himself. 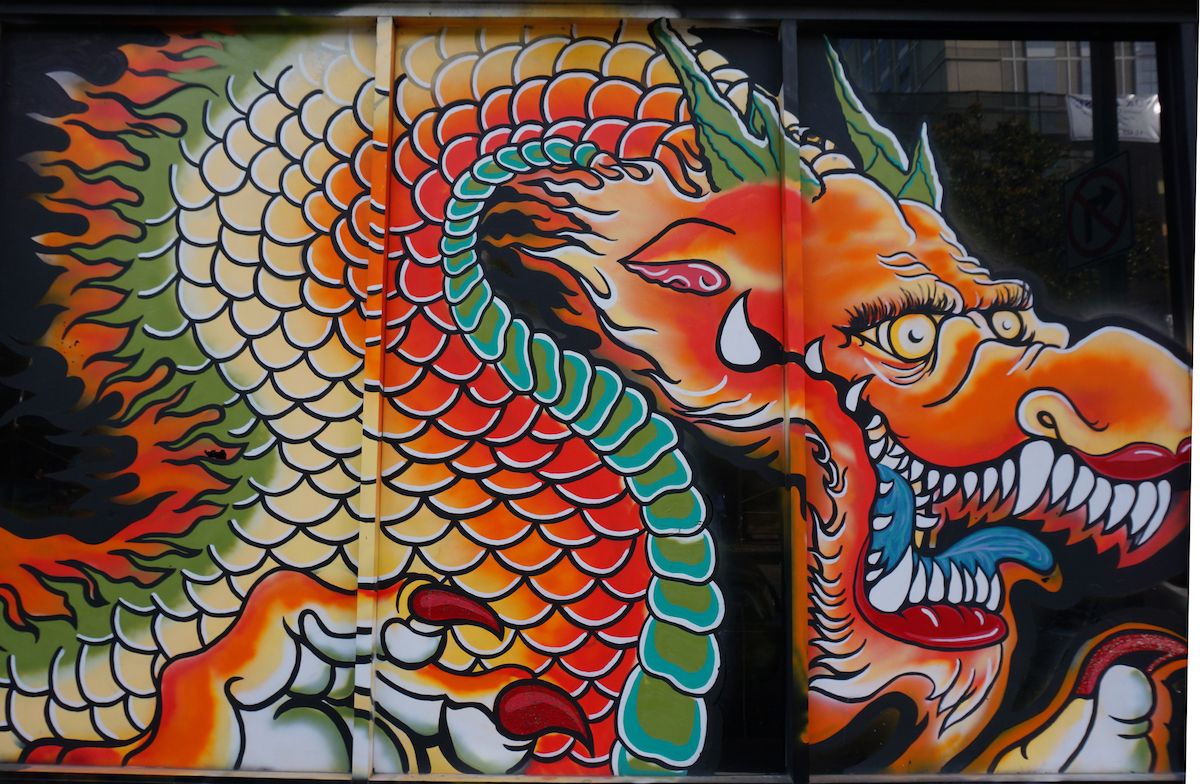 My favorite thing about Oakland by far was the street art. Any storefront which is not currently occupied — and many that are — are covered in a kaleidoscope of public street art. Some murals change often as others work over them or businesses move into an area, but others are permanently displayed. It brings color to the streets, and sparks conversation. 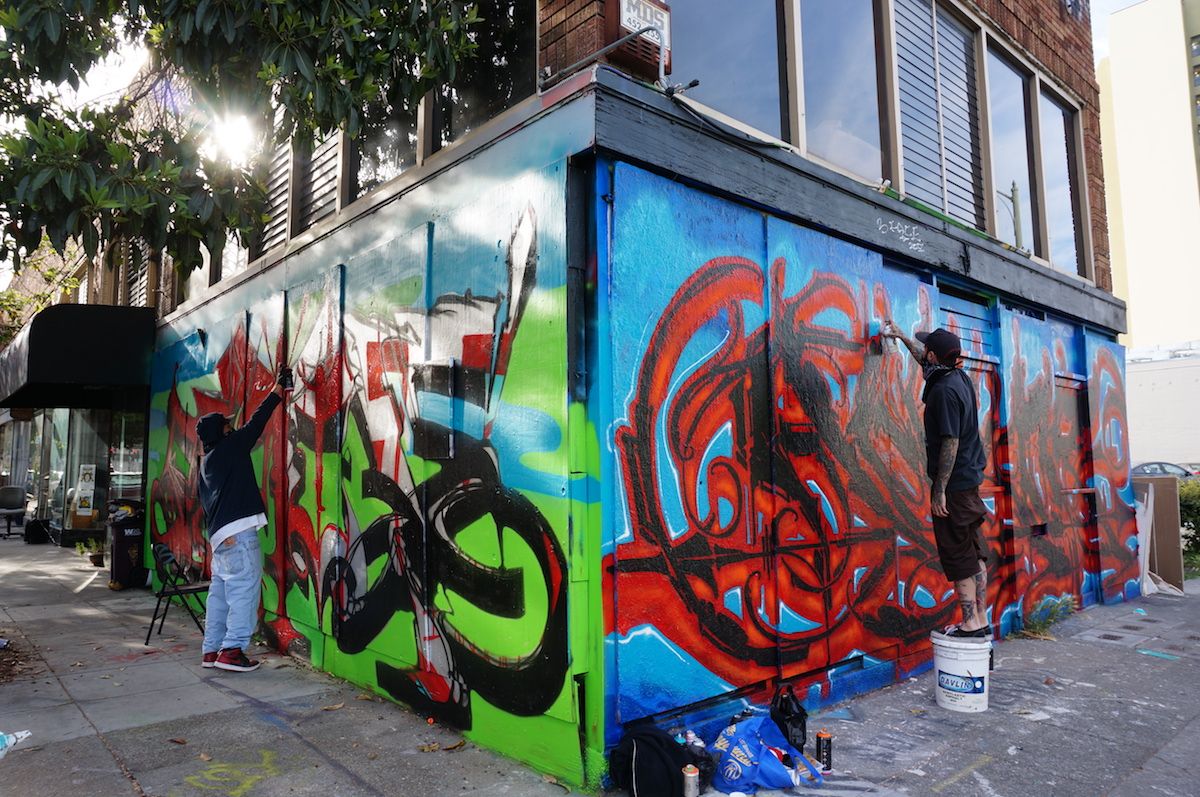 While I was enjoying the street art on my self-guided meanderings through downtown Oakland, I wandered down a street where two artists were at work. As I stood and watched art being born, an elderly Chinese couple ambled into the frame of my video. Stopping right in front of me, the woman thanked both men, who replied kindly and went right back to work. It was instantly clear to me that Oakland is ‘coming up’ in the world, and finding its feet as it does.

East Bay Melting Pot: How To Travel the World Without Leaving Oakland

20 Things You Didn't Know About Oakland

18 Reasons Everyone Cool and Creative Is Moving To Oakland

30 Incredible Places Under 4 Hours From Oakland

A 7-Day Guide To Oakland Nightlife

Oakland Is the Second US City To Legalize Magic Mushrooms