Cats are independent creatures; this is well-known by anyone who’s ever owned one. These adventurous felines often don’t mind a good adventure, but a cat named Pepper in New York City took her feisty spirit a bit too far — she escaped and spent a week roaming around John F. Kennedy Airport.

The journey started in Terminal 4 at JFK, where Pepper escaped from her owners as they checked in for a flight to China. Pepper took off unspotted, making his way through the terminal and eventually into a series of small, confined hiding spaces that only a cat could weasel its way into.

The owners missed their flight as they searched for the missing feline, but eventually had to turn the search over to The Port Authority Police Department. The PAPD pounced on the case, working alongside a friend of the owner to lure Pepper from hiding by setting humane traps throughout the terminal. It would be eight days before they had success.

Pepper still remains elusive in JFK Airport’s Terminal 4 but, Pepper appears healthy. #PAPD police officers are continuing their efforts to rescue Pepper and return to her owner. Officers have been leaving food for Pepper in the areas of her sightings. #PAPDPROTECTSNYNJ pic.twitter.com/owuBgCLq3b

In that time, Pepper made numerous appearances on airport security cameras and became a social media star in the process. The PAPD regularly posted video and photos of the cat at various points throughout the terminal, bringing #Pepper to near trending status throughout the week.

Police officers left Pepper food throughout the week. After finally deciding to come back to society, Pepper was collected by the owners’ friends (pictured below with the officers who caught the cat) and will be reunited with its owners once they return from China. Let’s hope they keep an extra close watch on her this time around. 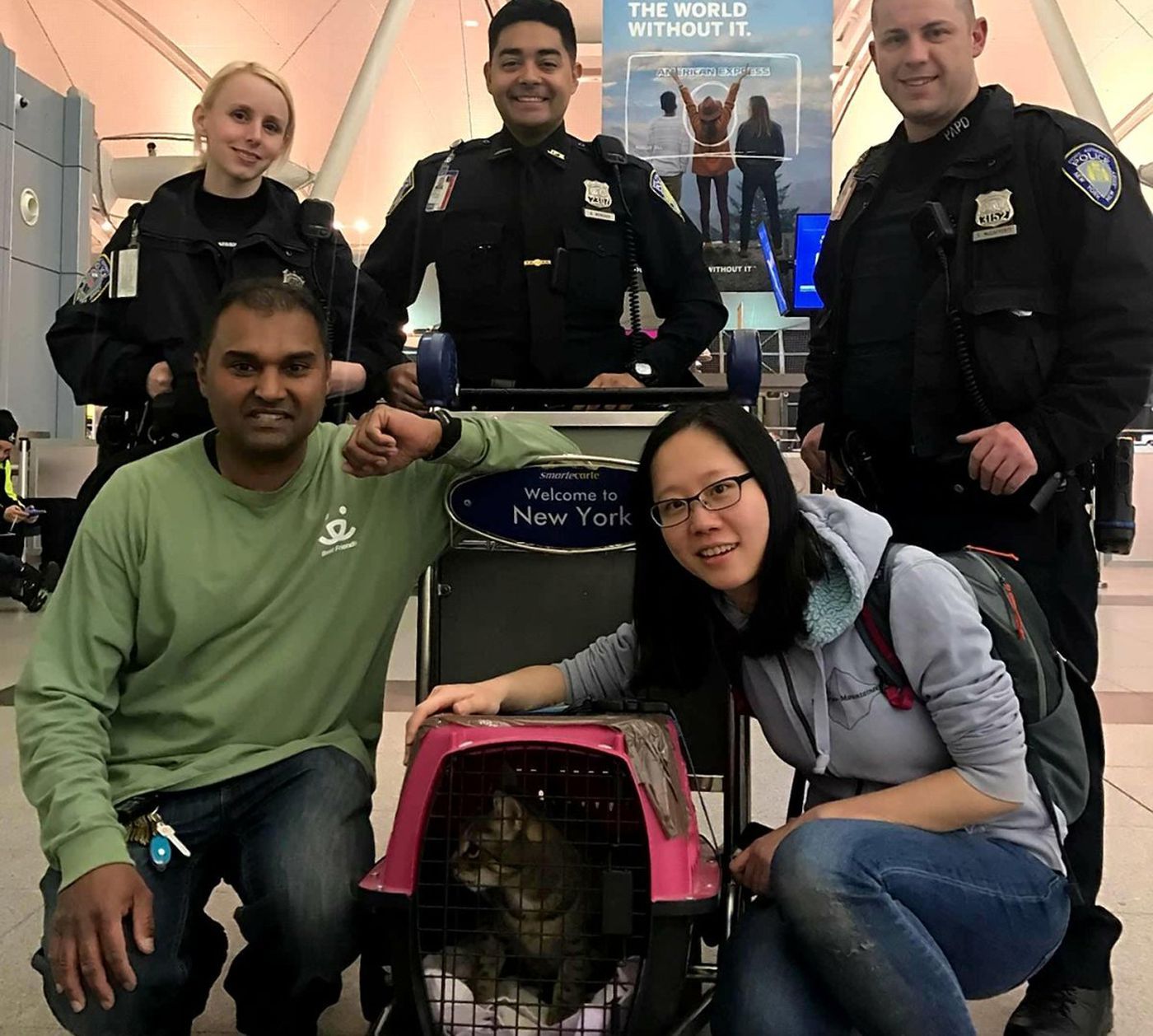 HumorTravelers Beware: You Can’t Bring Your Pet Peacock on an Airplane
Tagged
News New York, United States
What did you think of this story?
Meh
Good
Awesome

How To Make the Most of Your Day at New York City’s Museum of Sex
Here’s Why 18 Miles of Fishing Line Circles Above the Streets of Manhattan
New York Has 180 State Parks, but These Are the 10 Best