WHEN YOU EAT a salad between the months of October and May, chances are you’re eating greens nourished by water from the Colorado River. During the winter months, the farming community of Yuma, Arizona produces about 90 percent of America’s vegetables. 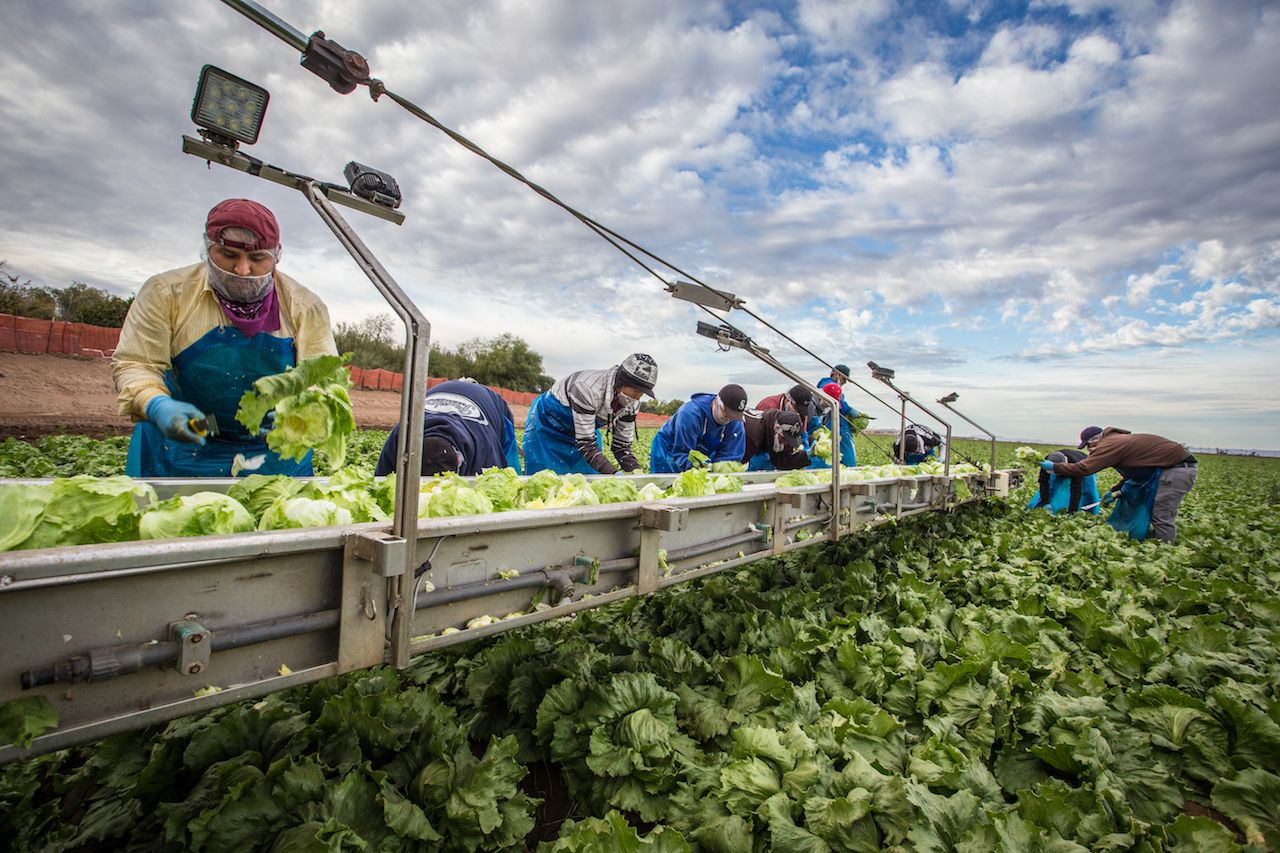 In addition to filling the nation’s dinner plates, the Lower Colorado River provides drinking water for one in ten Americans. However, the demand is simply too great for a river that has been dammed, tapped, diverted, and tamed to feed an unquenchable thirst in a growing population. American Rivers named the Lower Colorado this year’s Most Endangered River, sounding the alarm: “The river is at a breaking point, with looming shortages in supply that could threaten the security of water and food supplies and a significant portion of the national economy.” 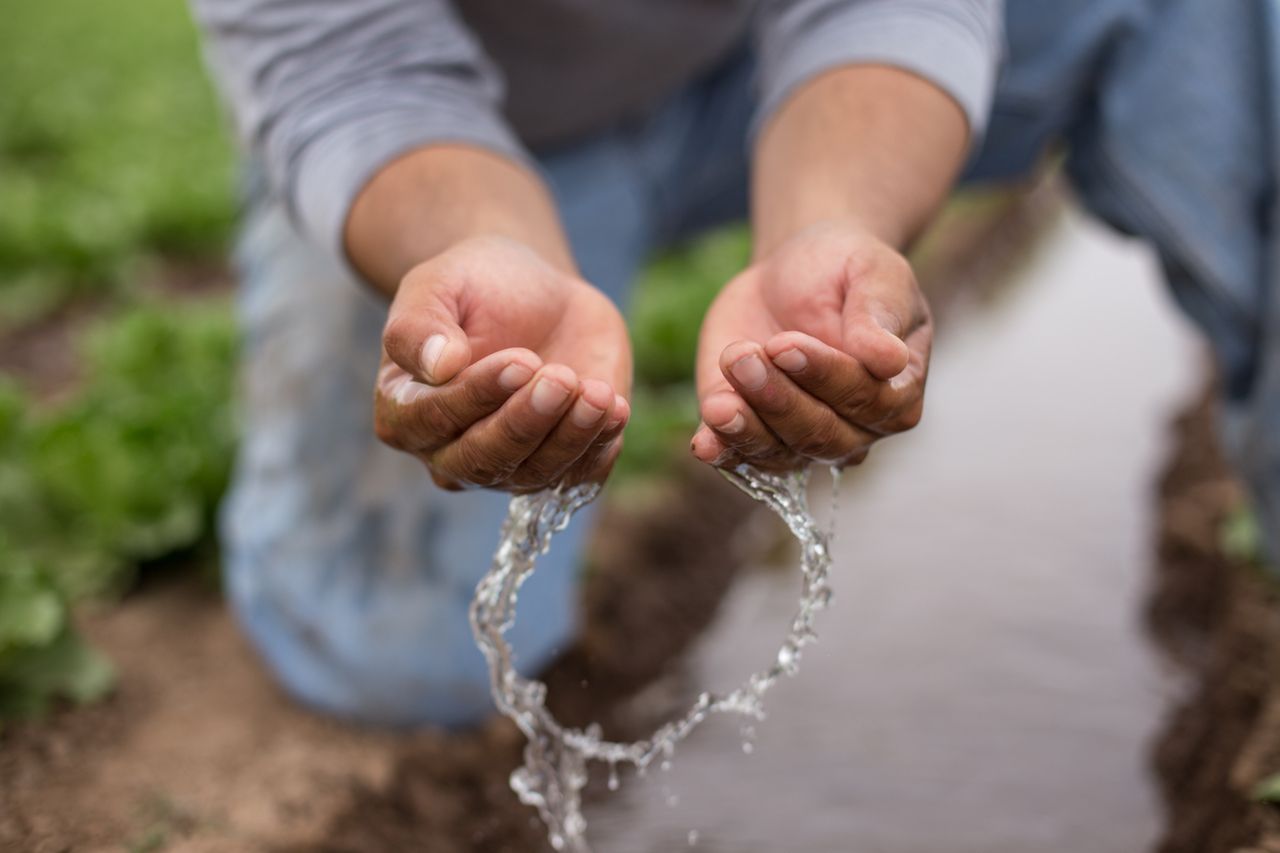 Telling the complex story of immigration, religion, food production, and fresh water is no small feat in 15 minutes, but filmmaker Justin Clifton paints an intimate portrait of a community often overlooked, but integral to the fabric of America — and inextricably linked to the river that brings life to this landscape, the land of Milk and Honey. In his film of the same name, Leche y Miel in Spanish, Clifton creates a sincere and unexpected introduction to the people of Yuma and the threats facing one of the American West’s hardest working rivers. 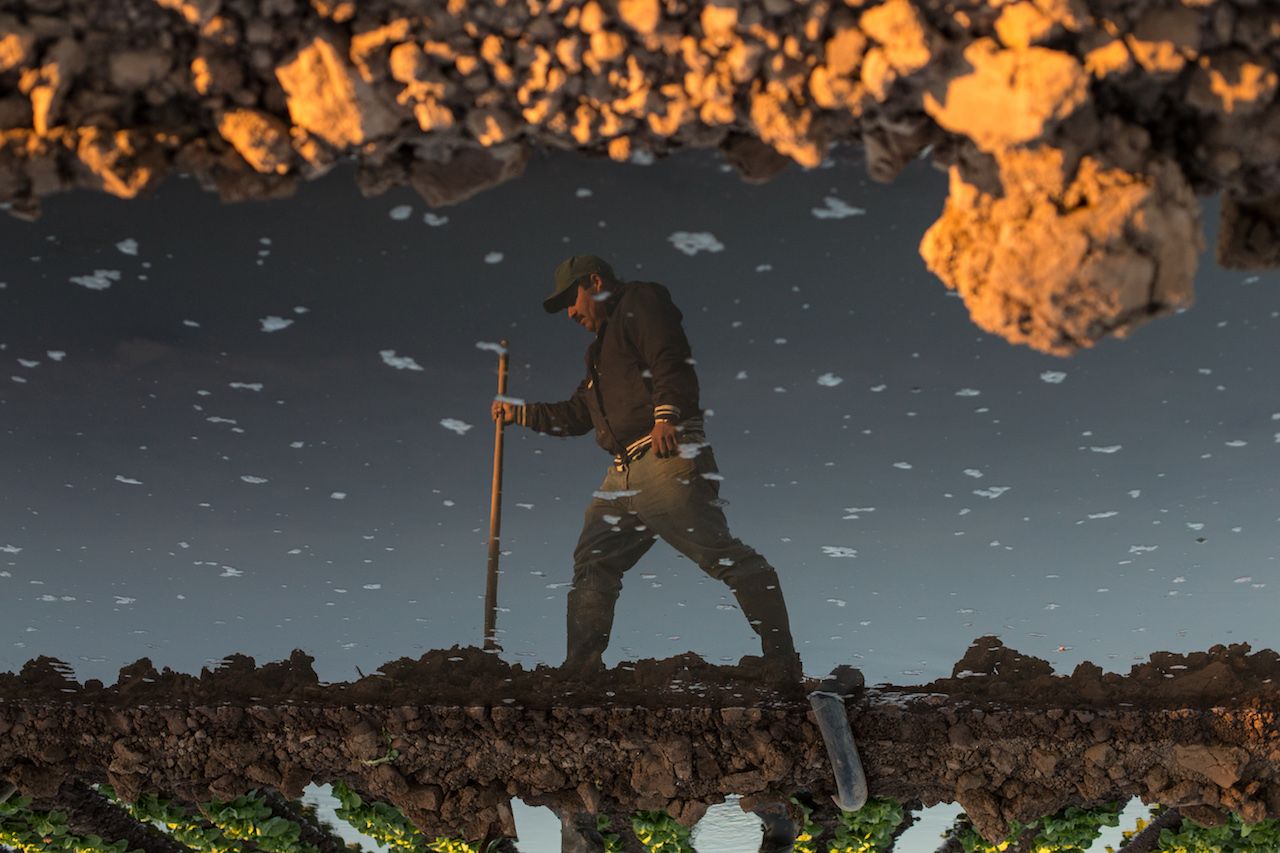 We caught up with Clifton in between projects and asked him a few questions.

What compelled you to tackle this project?

Justin Clifton: I love the challenge of taking a complex issue and breaking it down to a relatable story. Leche y Miel was certainly a complex story that pushed me to overcome my own religious biases and lead me to a much broader understanding of the importance of healthy rivers.

This isn’t your average conservation film. Why is this the story you decided to tell?

JC: I’ve watched hundreds of conservation films, and the ones that stuck with me the most were those told through non-traditional characters or marginalized communities. This particular story struck me as vital to the discussion around river conservation because it deals with so many layers. I worked hard with Leche y Miel to take a unique look at the “American Dream,” where our food comes from, and how all of it is tied to healthy, clean rivers. I wanted to shine a light on some of the things we take for granted or are unable to see in our day-to-day lives and to also highlight that what happens downriver will affect the entire nation.

Why should people care about this story? This community and this place?

JC: Everyone in America is directly affected by what happens with the Colorado River, which runs dry just a few miles from Yuma at the Morellos Dam. Despite the back-breaking work required to sow and harvest these crops, what I saw in Yuma was a community that prided itself on growing food for the nation. Everything we eat has been cared for, grown, packaged, and shipped by other human beings, and that connection to one another — and to the river — should not be overlooked.

Despite the glut of bad news surrounding conservation, environment, and public lands coming out of the current administration, I’m excited by the solidarity and motivation that I’m seeing in the community of activists who will not sit back idly and let this happen. The conservation movement is a human movement and I’m thrilled to see it grow in voice and numbers. 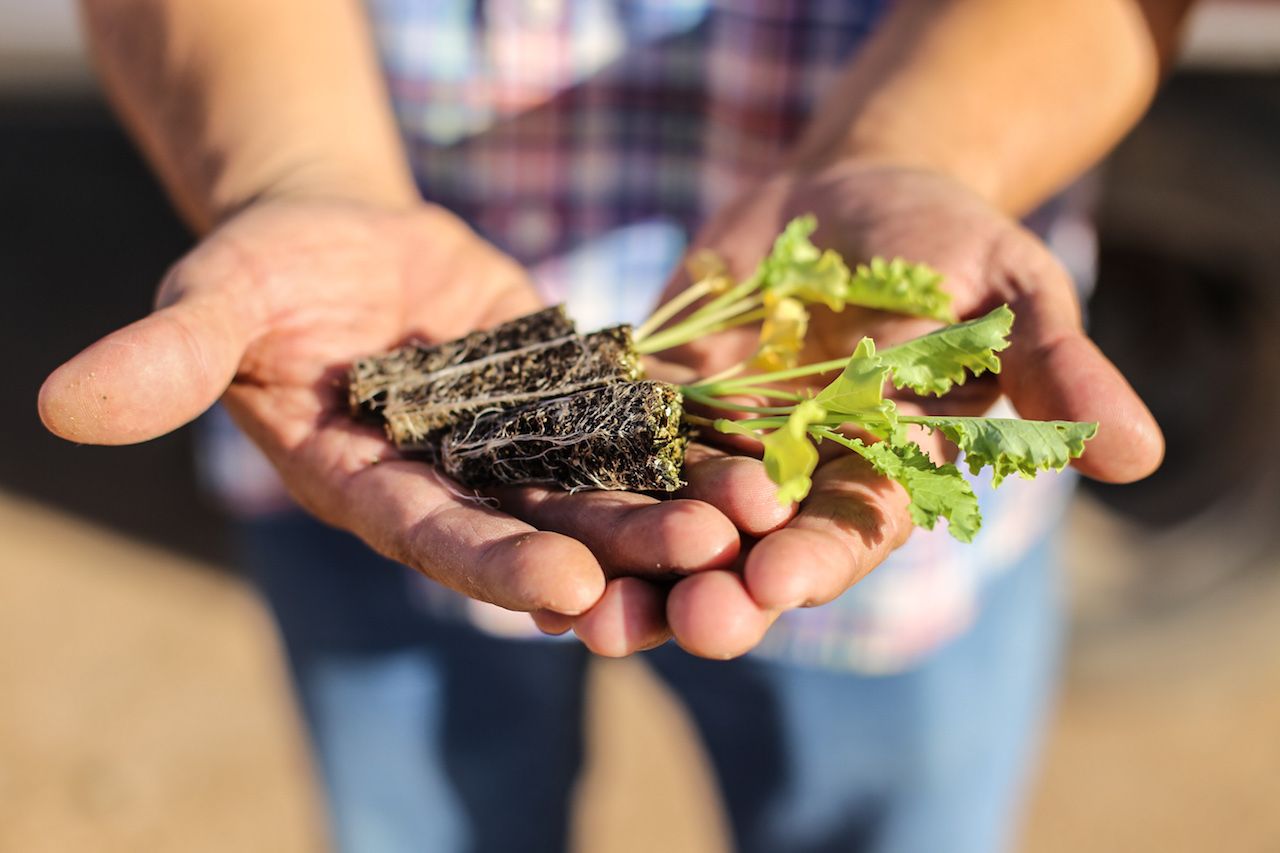 What is something you’ve learned from taking this project on that you didn’t expect to?

JC: Agriculture, although not perfect, is not the villain of our water woes on the Colorado River. It’s easy to see the amount of water that gets used for agriculture and point the finger in that direction, but when you look at how much water is used to green lawns versus growing nutritious vegetables you begin to see where the true disparity in water conservation exists. 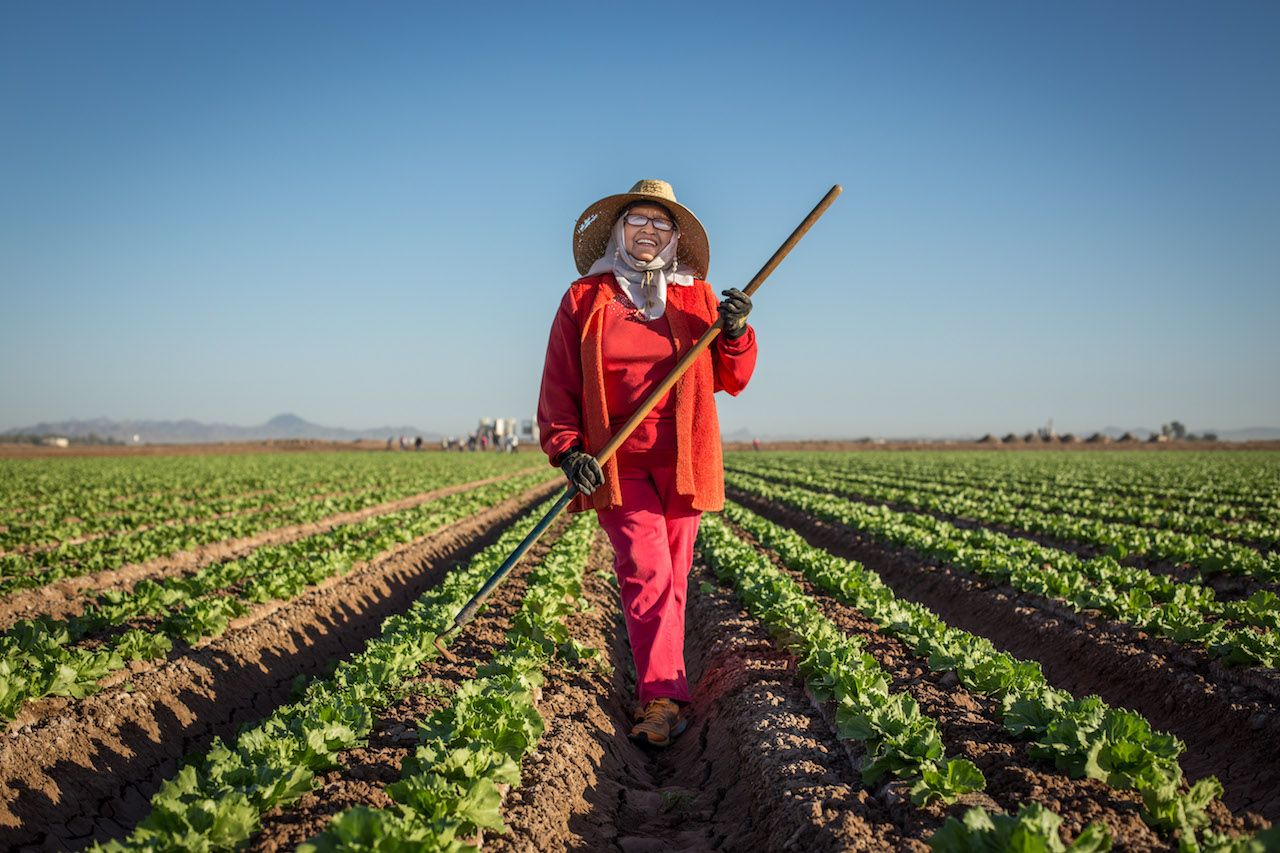 What was the biggest challenge you faced on this project?

JC: Well, I don’t speak Spanish very well and many of the characters spoke Spanish exclusively. Luckily I had a great crew of people who I worked with to make this film a reality, and we were able to overcome the language barrier pretty easily. My field producer, Amy Martin, acted as both a translator, a community liaison, and production photographer. Chris Cresci, whom I have worked on a number of films together, was able to fill in my language gaps — all while knocking it out of the park as the director of photography on the project. Filmmaking is a collaborative process and I feel so honored to work with such fantastic partners. 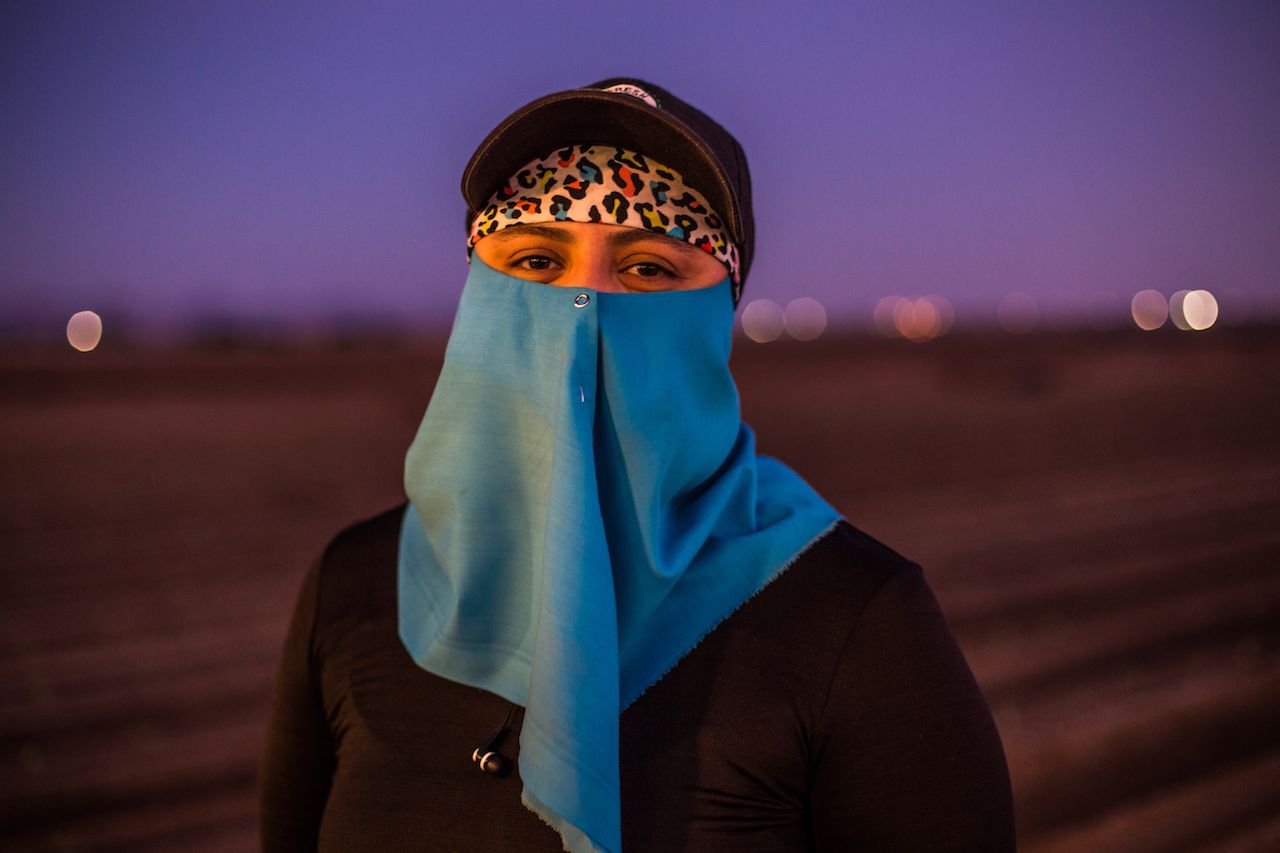 Tell us about your relationship to the Colorado River. What is it about this landscape for you?

JC: This could require a novel. I’ve lived, worked, and played along the Colorado River and its tributaries almost my entire life. I don’t remember a time when I wasn’t tied to the Colorado. Even when I lived far away from this watershed, I was always drawn back to the Colorado Plateau and the Western Slope of the Rocky Mountains. As a kid, we would take trips to Lees Ferry, where all of the river trips heading into the Grand Canyon would launch, and I remember thinking it was the biggest river in the world. At the time, I had no idea how much work that mighty river had to do, or how small (relatively) it actually was, but I was enamored with it.

As I write this, I’m only a few short miles, as the crow flies, from where the Green River and Colorado converge in the heart of the Colorado Plateau. This week, I head up to northern Utah, near the Uinta Basin oil fields to row through Desolation Canyon with O.A.R.S. to tell the story of these wondrous and wild sections of river and their importance as part of the commons of public lands we are so fortunate to have as Americans. I want the stories I tell to convey a collective ownership of these places. It’s remarkable that every American shares ownership in these public lands and my hope is that the people who watch my films will be moved to protect what is theirs for themselves and future generations.

To many people, this landscape is a barren wasteland or something exotic to ogle, but to me, it is a sculpture. Every facet of this landscape is designed to get every drop of water possible either into the river or into the plants and animals that call this place home. It’s a landscape that requires awareness and humility.

There is nothing quite so spectacular as watching a rain storm linger until the rocks turn into faucets sending waterfalls down thousand foot cliffs as they swell once dry drainages to raging torrents. The sounds of tumbling rocks pushed downstream by the powerful current as they carve new canyon paths on a geologic time scale. Perhaps this is only topped by the sweet relief of finding a shallow pothole filled with the latest rain, which provides a much-needed water source while picking your way along slick rock paths once occupied by humans who knew this place in a way I never will — these are all things that get into my soul. These are the things that tie me to this place, willing to fight for the right of this place to exist, unmarred and untrammeled. This is the only place in this country where I truly feel free — and I’m not alone.

Learn more about the community in Yuma and how you can take action with American Rivers. Clifton’s upcoming Desolation Canyon film will launch in Fall 2017.

Tagged
Activism Arizona, United States
What did you think of this story?
Meh
Good
Awesome