Amari are a class of bitter liqueurs from Italy. The taste and level of alcohol vary widely from producer to producer, but one thing is constant: bitterness. Amaro translates directly to “bitter” in Italian. There are too many types of amari out there to count (most of which are spirits that can’t be found in the US), and each is made with a base of alcohol and flavored with a proprietary mix of herbs, spices, and plants. Amari were originally made as a way for Italians to recover from overeating, but are now widely consumed regardless of the time of day.

And one of the best times is when you’re hiding out on a cold winter day, according to bartenders.

“Herbaceous and complex types of amaro can be a lifesaver during the winter, simply because it can be used use an aperitif, digestive, and also warm you up on the cold winter days,” Aleks Jaworska, bartender at Edinburgh‘s Bullard & Worth, told Matador Network. “Either drank on its own or in a warming-up drink, amaro is the perfect choice.”

The category as a whole is generally loved by bartenders — and not just in the winter. But winter activities (or lack thereof) are the perfect fit for digestifs. 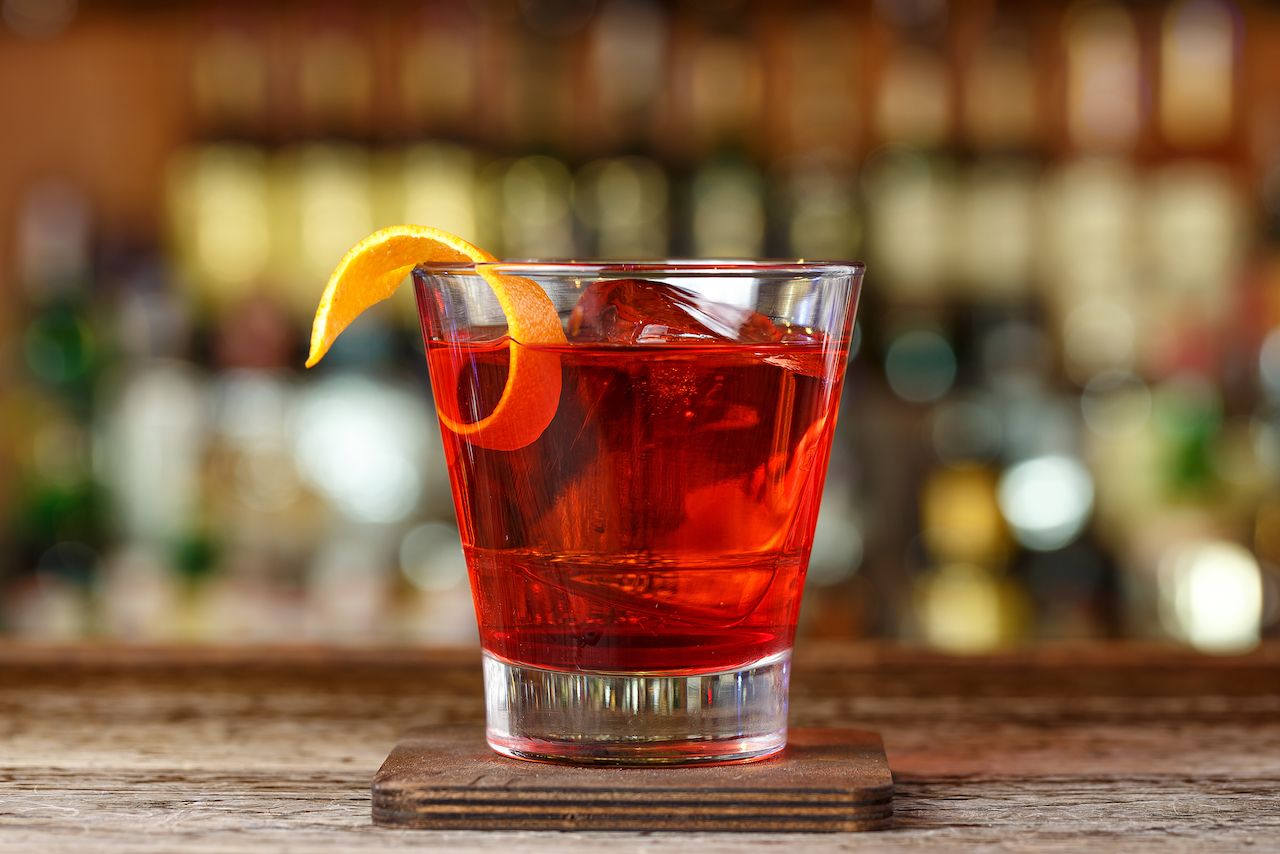 “While amaro is a year-long drinking choice for many bartenders, the winter months lend themselves nicely towards sipping the bitter delicacy,” said Pamela Wiznitzer, beverage director at New York City’s Henry at the Life Hotel. “The darker and richer amari (such as Braulio, Fernets, Branca Menta, Cynar, etc.) possess the perfect balance of warm, rich, and slightly sweet notes that are offset by the bitterness.” Cold weather months go hand in hand with cabin fever, Wiznitzer said, which means staying inside homes (or bars) longer. Therefore, “opting for a more low-proof option, like amaro, is the best way to enjoy your time inside without getting too turned up too quick.”

“In the winter, it’s my go-to as a restorative drink to settle the digestion after a heavy meal or overindulgence at Christmas time” said Salvatore Calabrese, president of the UK Bartenders Guild.

Thierry Carrier, beverage director at Avenue in Long Branch, New Jersey, agreed that amaro is the perfect after-dinner drink in the holiday season and those snowy months afterward filled with fat-heavy meals. “Especially in the colder months,” he said, “because it’s a brown liquor, like a bourbon or Scotch, which are more enjoyable during the winter because they provide a feeling of warmth while you drink.” He suggested choosing an amaro with a balance between sweet and bitter, such as Cynar and Averna. Cynar “has a low alcohol content with a caramel flavor and an earthy finish,” while Averna “has a balanced sweetness with notes of vanilla and licorice.”

Amari are so adaptable to any situation because there are so many different styles. Campari is the most familiar amaro in the US, in part thanks to drinks like the Negroni. Other brands are deeper and sweeter, while others still, like Fernet-Branca, are intensely bitter. 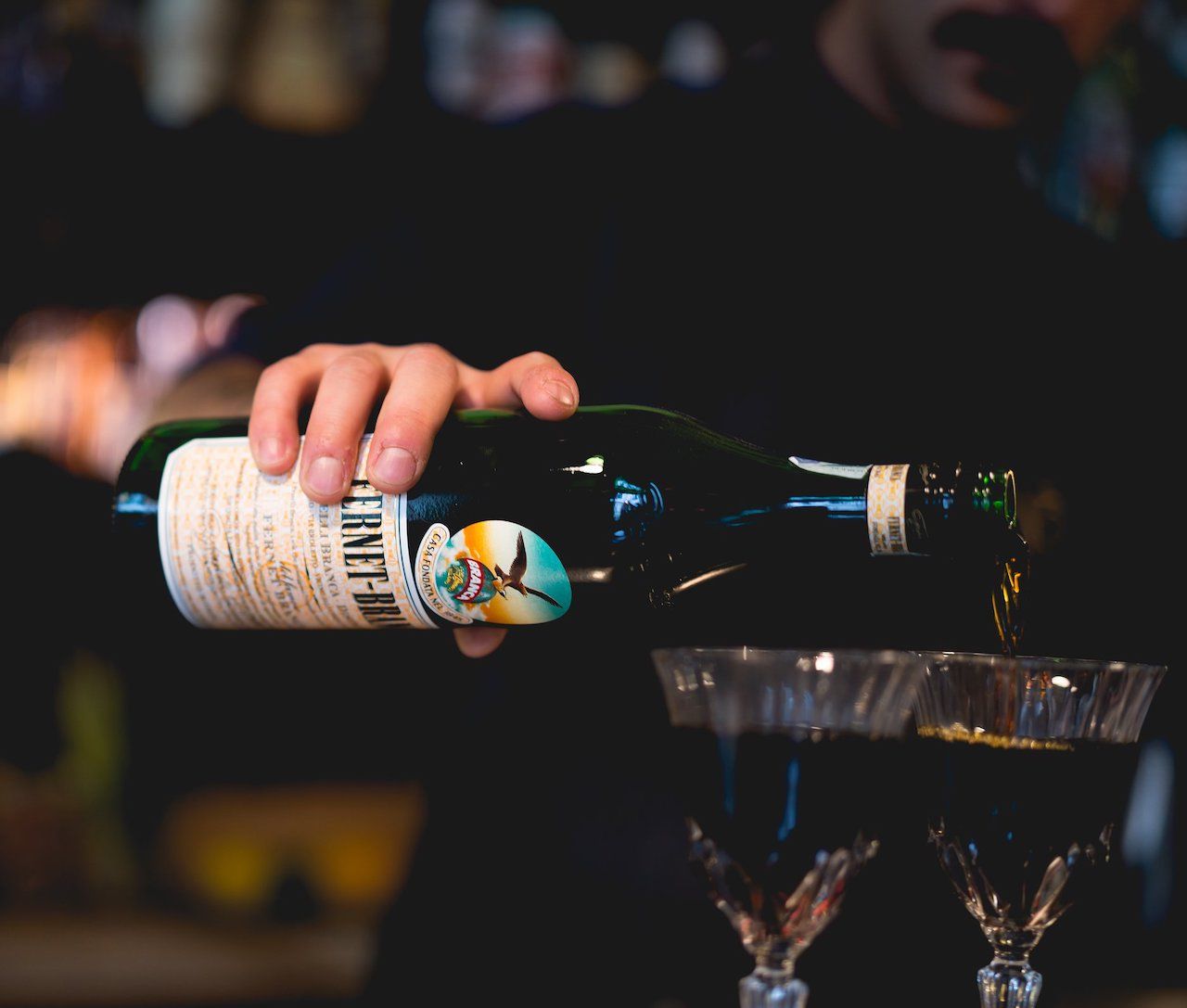 That’s not to say it’s for everyone. Andrea Civettini, bartender at Barcelona’s Paradiso, said that bitter is very much a developed taste. “It’s like when you were having your first beer, and you do that because once you learn how to like it, bitter can be your best friend when it comes to drinks.” Civettini noted that amaro tends to “open up” appetites, and aid in digestion. “If you had too much to eat in the Christmas holidays, it can even jumpstart and warm up your winter mornings if you’re living in the mountains — definitely my go-to!”

Embrace the bitter, Kyle Erkes of C. Grace in Raleigh, North Carolina, said. “The cold is bitter. Amaro is bitter. It really is that simple. Besides, drinking a mojito in February has always seemed odd to me.”

Once you follow the best bartenders’ lead with winter amaro, you may never turn back.

“Amaros are to me like my crazy ex,” laughed Lucas Sedelmaier, bartender at Amsterdam’s Rosalia’s Menagerie. “I swear I’ll never have the same again, yet I secretly look in the same waters anyway because I love it.”

9 Things a Bartender Would Never Be Caught Dead Doing in a Bar
Tagged
Food + Drink Spirits + Cocktails
What did you think of this story?
Meh
Good
Awesome