Amsterdam’s canals are a good reason to visit any time of year, but for the past several winters, they’ve been extra striking thanks to the Amsterdam Light Festival. Now in its eighth edition, the festival is a highlight of the Dutch holiday season that sees the capital city’s famous waterways dressed up in brilliant light installations for 50-plus dark, chilly evenings.

Domestic and international artists from more than a dozen countries have contributed to this year’s exhibition. More than 20 works are currently on display across the waterways of Amsterdam’s east side, including Amstel, Oosterdok, and Nieuwe Keizersgracht. This year’s theme is “Disrupt!” — according to the festival’s website, it was chosen to inspire art that “questions fixed assumptions, provokes new discussions, encourages people and organizations to take action, and makes previously unknown possibilities visible.” 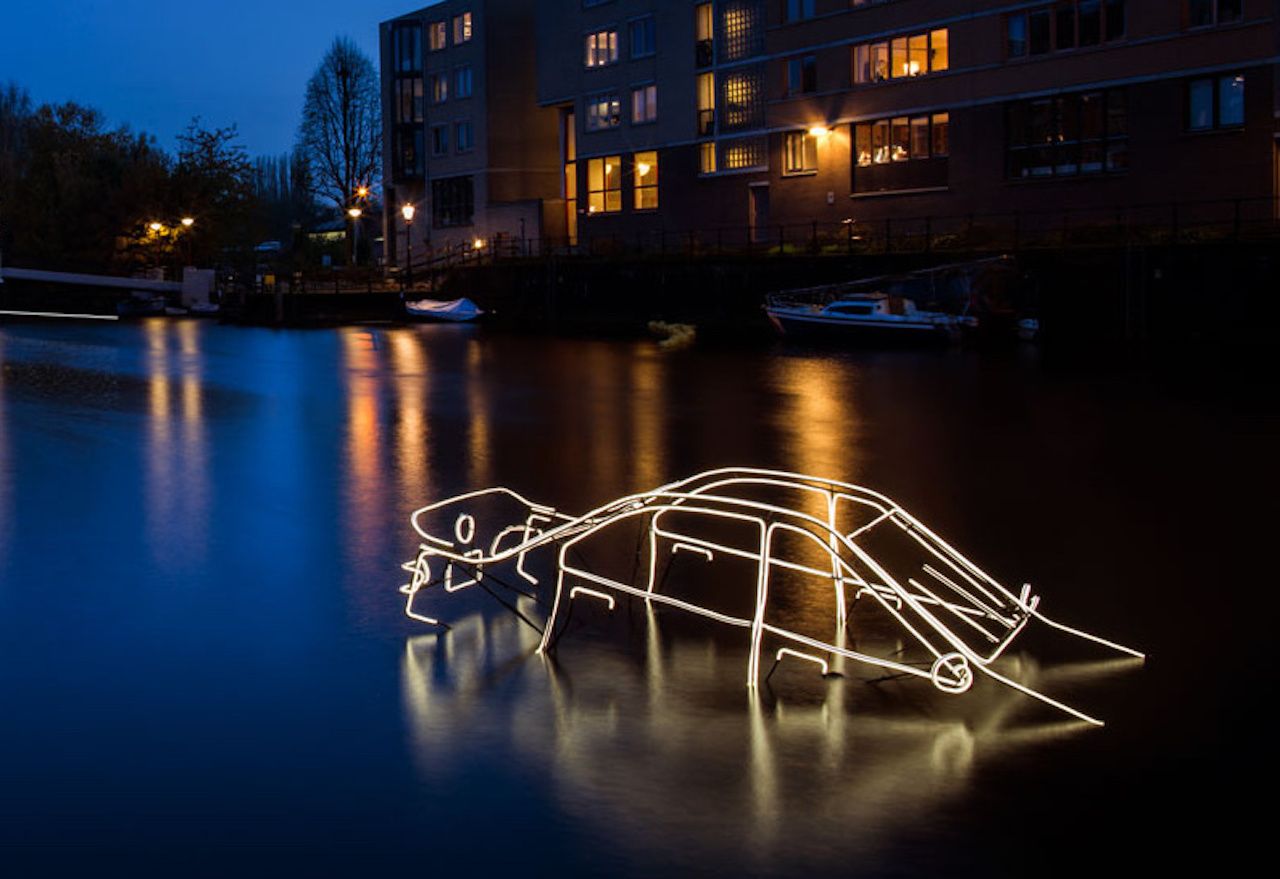 Some artists have taken the theme as an invitation to get political, particularly where climate change is concerned. This year’s installations nod to everything from rising sea levels and natural disasters to technology and human conflict. One work by a Swedish design studio, “Atlantis,” depicts the skyline of a half-submerged metropolis made up of the world’s tallest and most iconic buildings, including the Empire State Building in NYC. Another, “Surface Tension,” resembles a car sticking out from a canal, while “Big Bang” is of a massive, blue-lit bomb. 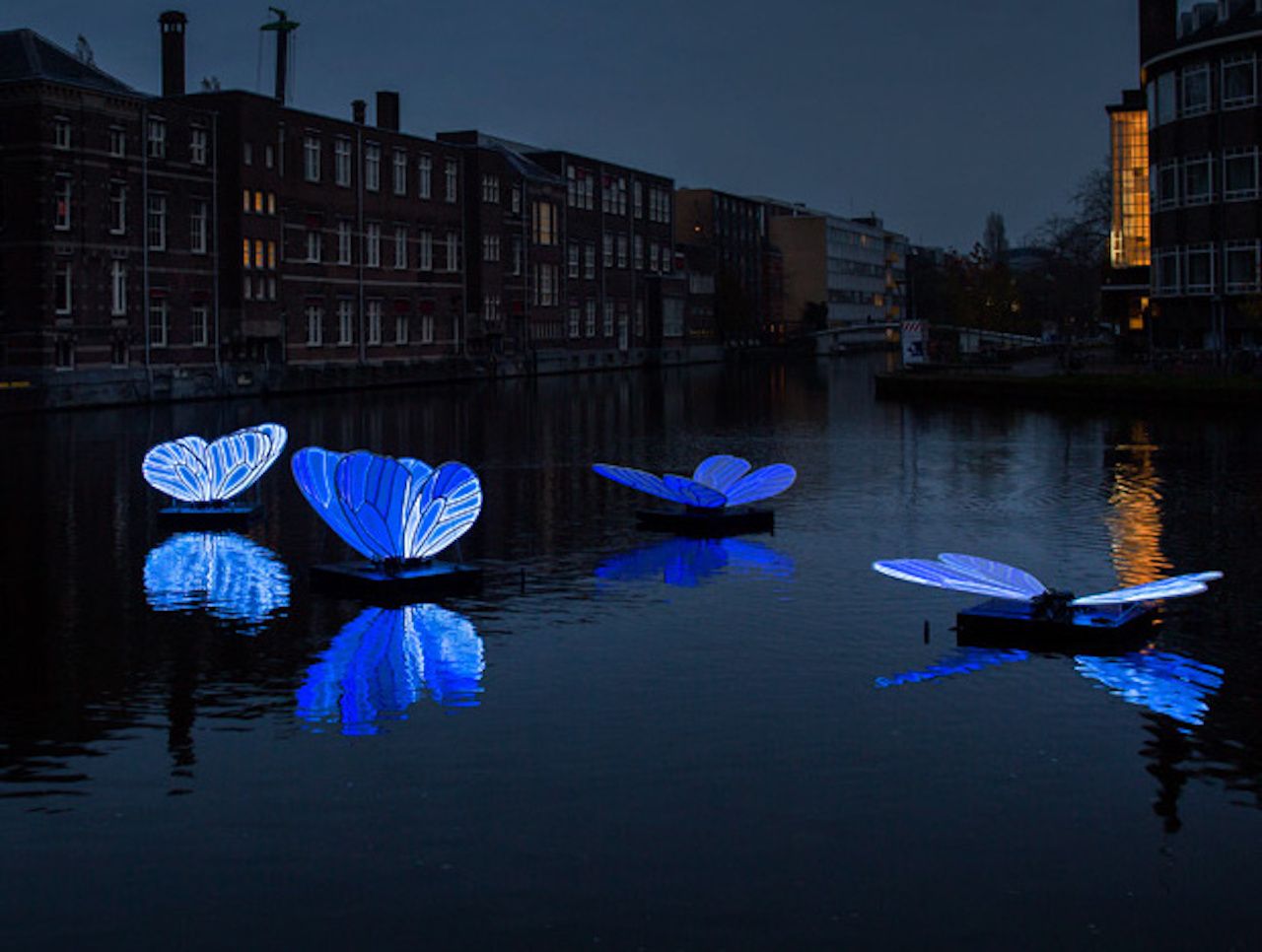 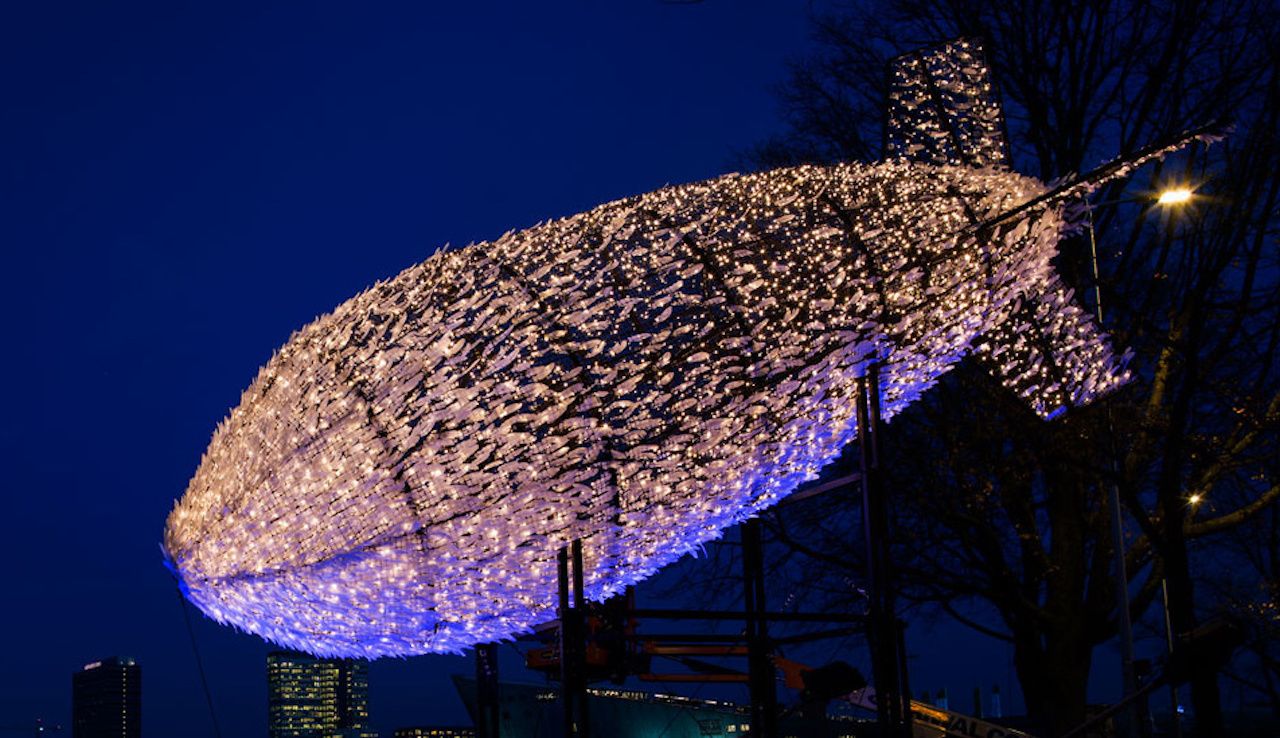 Anyone currently in Amsterdam, or who has plans to visit before January 19, 2020, can plan a self-guided tour of the installations with the help of the Amsterdam Light Festival’s website. You can also book an evening canal cruise to see the installations up close.

The Art of Dyeing Naturally in Oaxaca